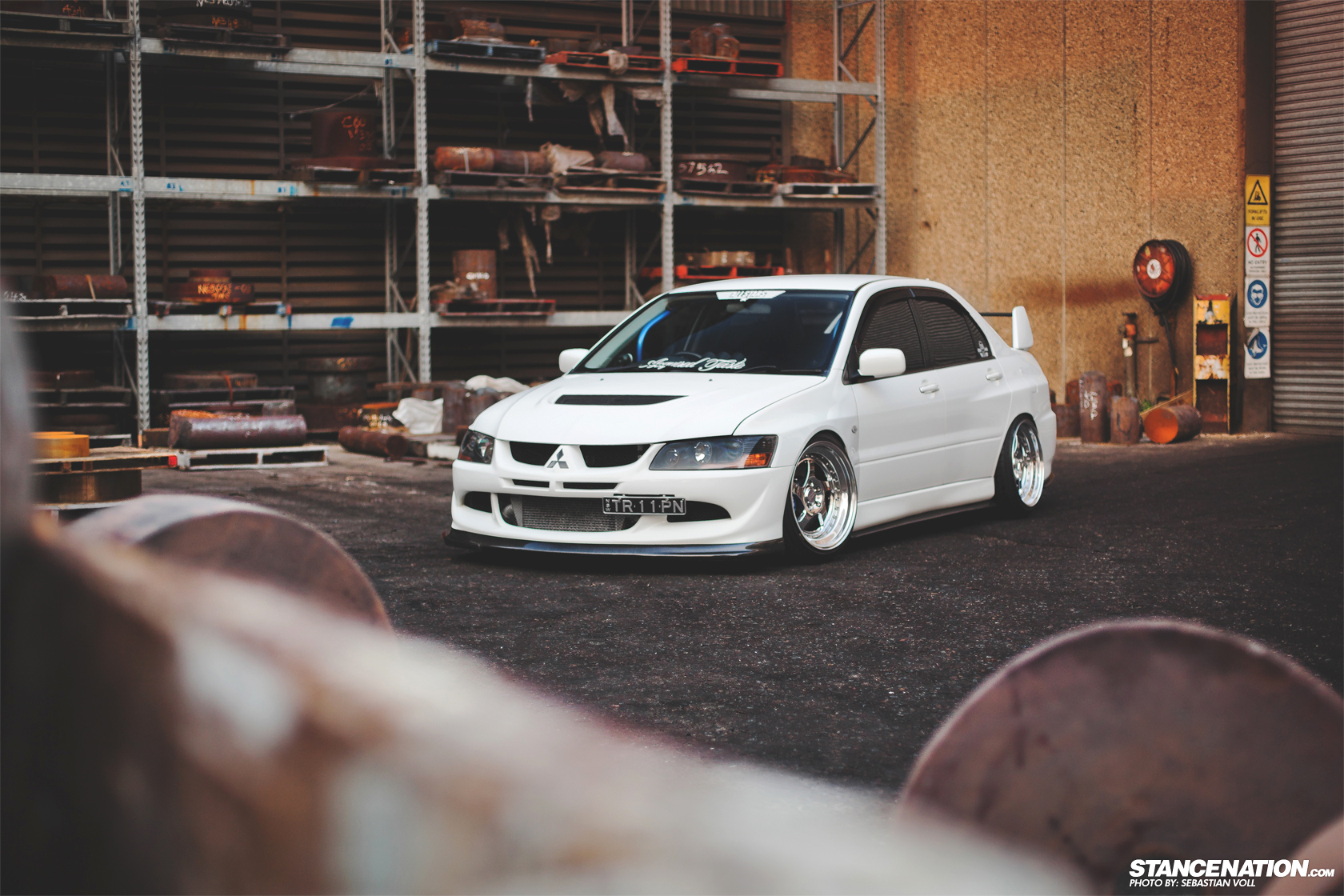 The internet age has significantly adjusted the way we do things.  Our post-world wide web society has created new and exciting resources that change nearly every facet of human life, from shopping to dating.  The latter provides a much different experience than our ancestors has when it comes to participation in romance.  People can create online profiles that describe them and anxious singles scan through the various listings looking for someone that is the proverbial “total package.”  The total package has it all.  They are smart, funny, attractive and talented with perhaps a unique edge that sets them apart.  Leaving nothing to be desired and providing a little bit of everything the extraordinary presence of the total package is found in thorough completeness. 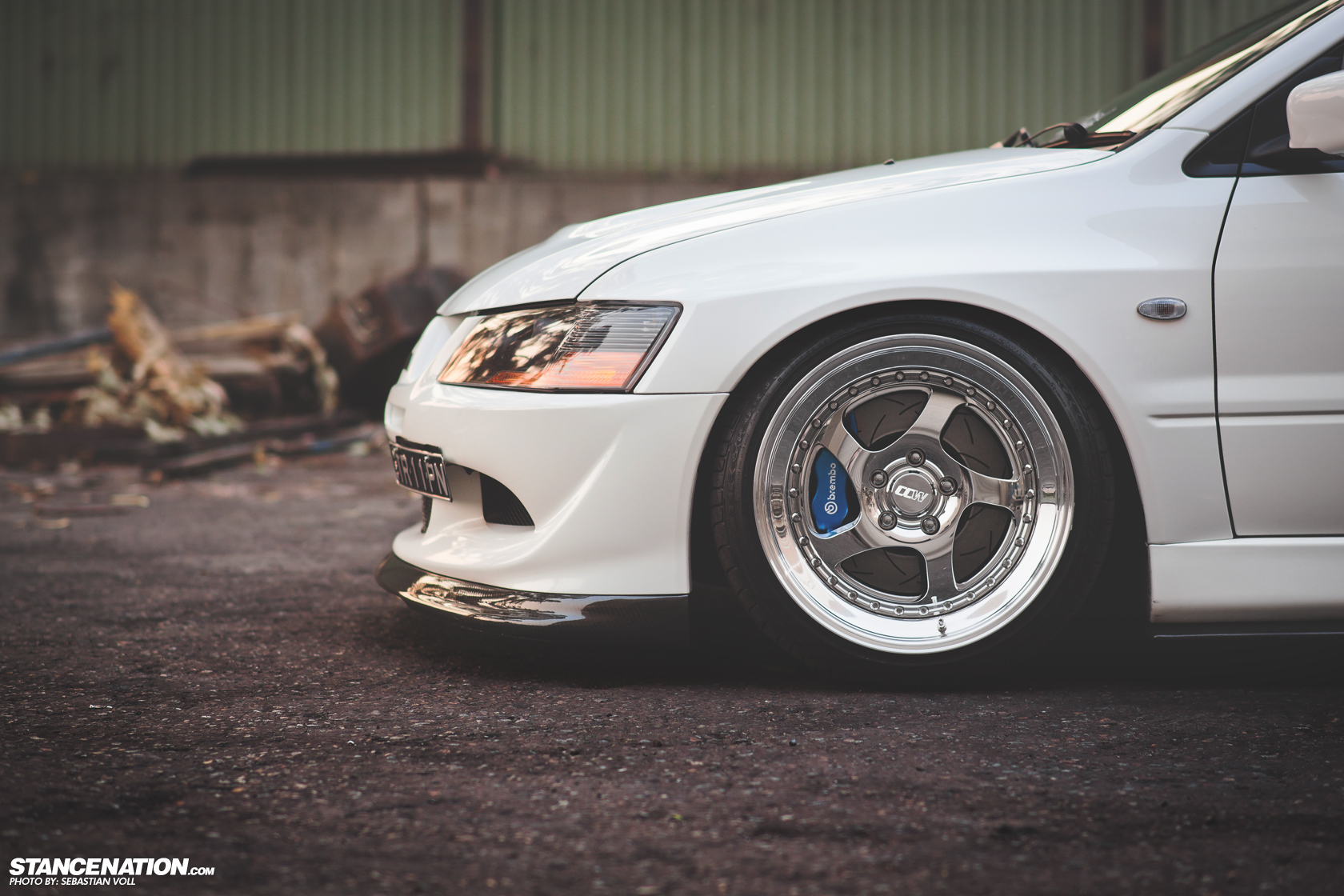 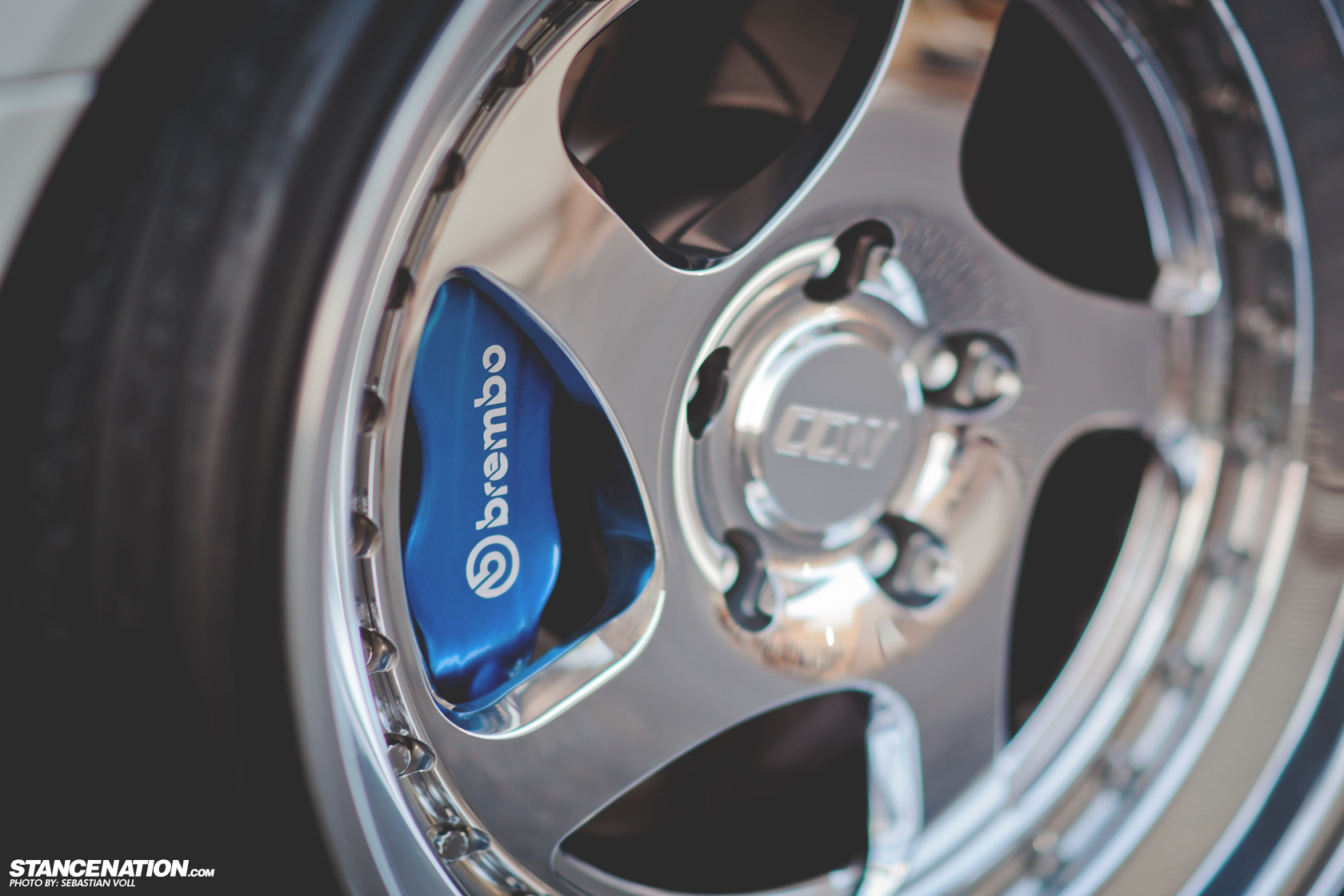 For years the Mitsubishi Lancer Evolution has found itself at the top of many automotive wishlists due to its motorsports heritage and unique qualities.  From reverence gained on the world stages of rally to awe-inspiring displays of ferocity in time attack the turbocharged, AWD sedan has captured the hearts of enthusiasts everywhere.  The time-honored tradition of using Mitsubishi (and related Chrysler products) 4G63s and AWD systems to achieve impressive drag strip time slips continues with the Evolution as well.  I’ve always found it difficult to chose sides in the Subaru/EVO rivalry, though I will typically prefer Evos.  It must just be something about them.  Evolutions are attractive in their utilitarian approach and provide a great basis for achieving the total automotive package. 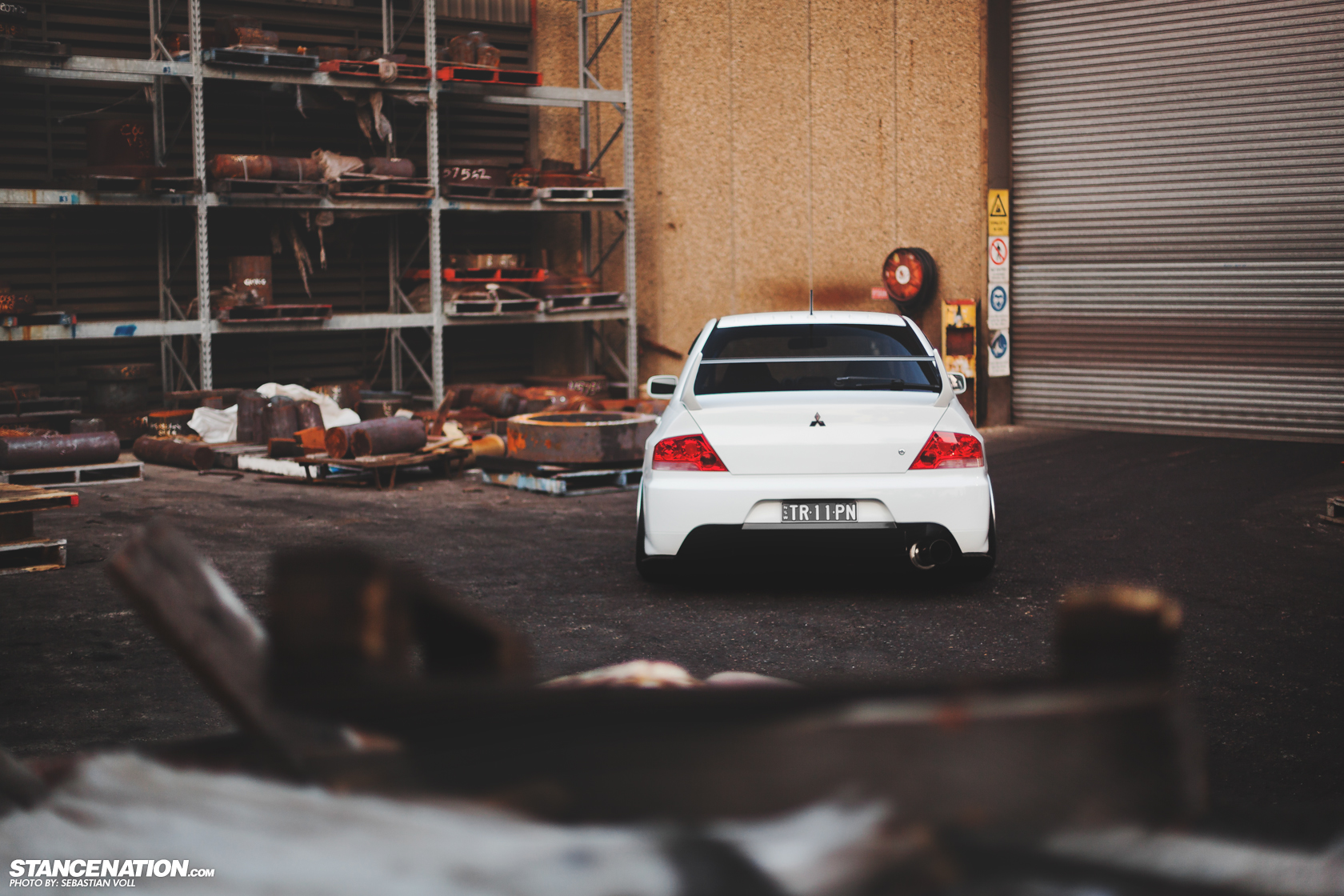 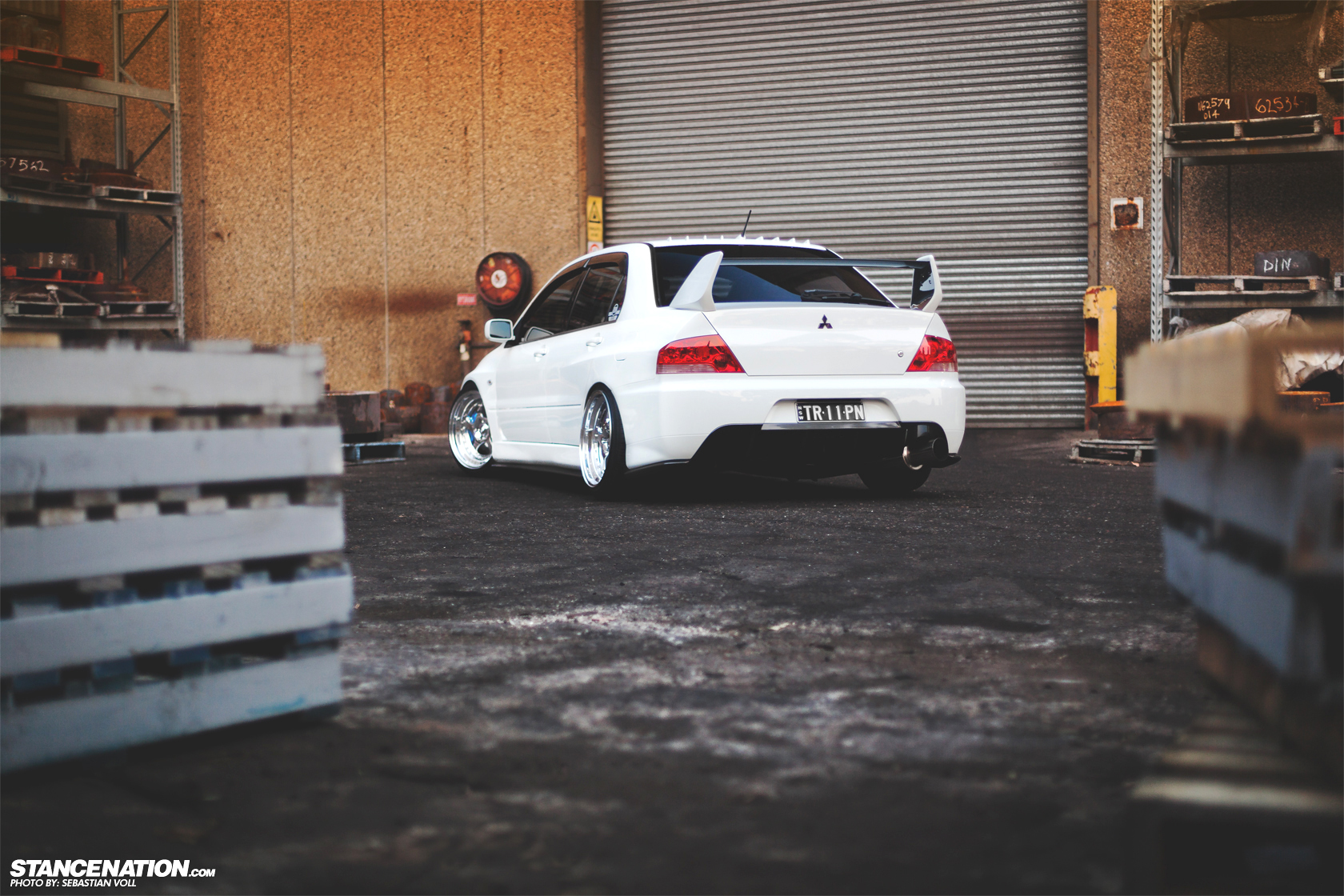 Stephen Wassef, a 22 year old Australian vending machine entrepreneur, found himself drawn to the Evo and picked up this generation VIII (8) version 3 years ago.  Aesthetically, the aggressive sing and blistering fenders captivated Stephen while the performance value found within those boxy fenders was undeniable.  Impressed with the handling and power provided by the Mitsubishi sedan, Wassef set out on a journey to create the total package, a task simplified by the formidable foundation he was starting with. 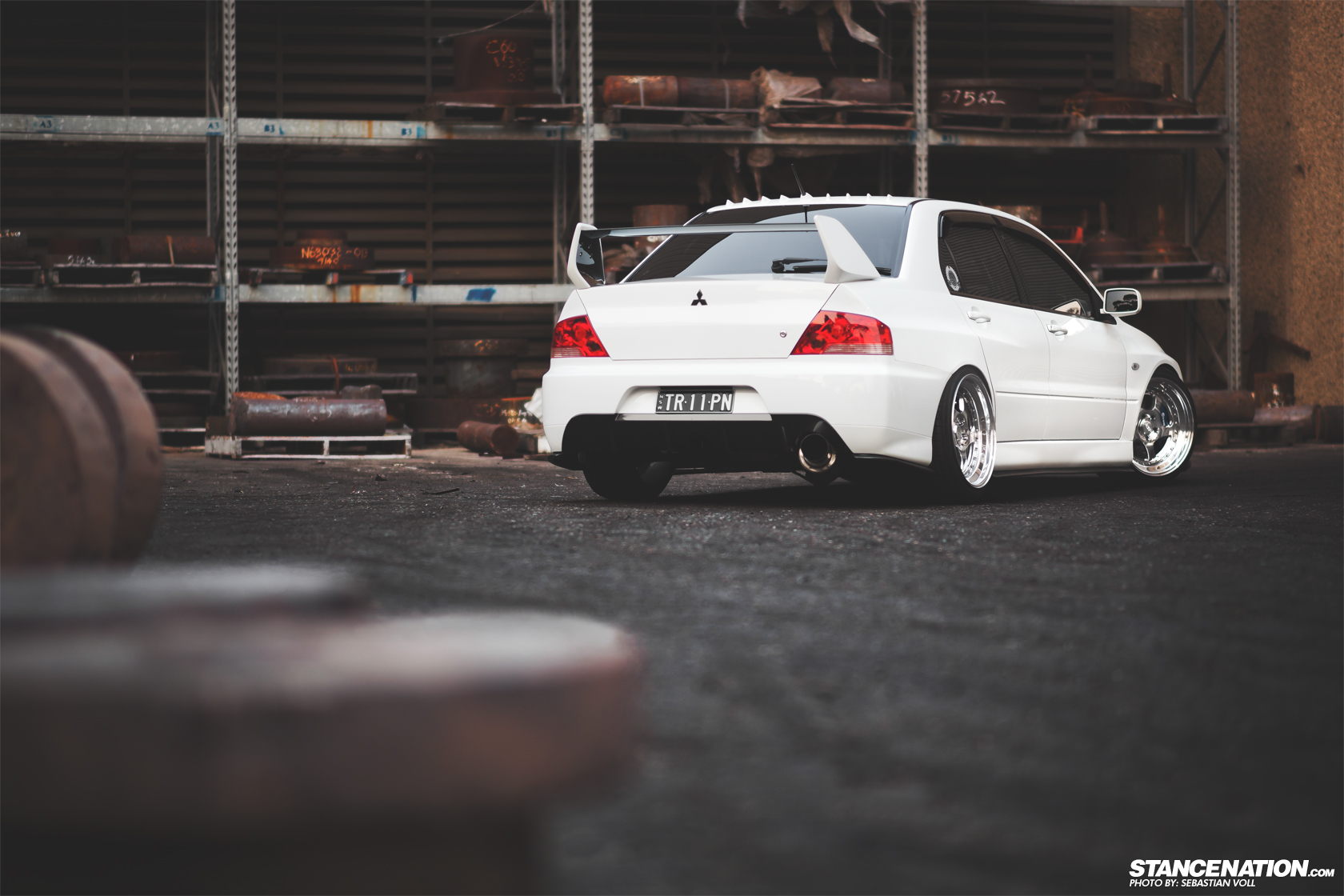 The simplicity of Stephen’s Evo is deceiving.  A wonderful exercise of reserved taste the exterior has only seen an updated rear bumper, lighting changes, and a carbon DoLuck front chin spoiler.  The DoLuck has always been my favorite of the various options available for the Evo 8 front bumper, it adds aggression while maintaining continuity with the lines of the car.  The rear bumper, pulled from an Evo 9, is visually lighter than the one found on the 9 and is well complimented by the carbon sides and rear pods from RexSpeed. 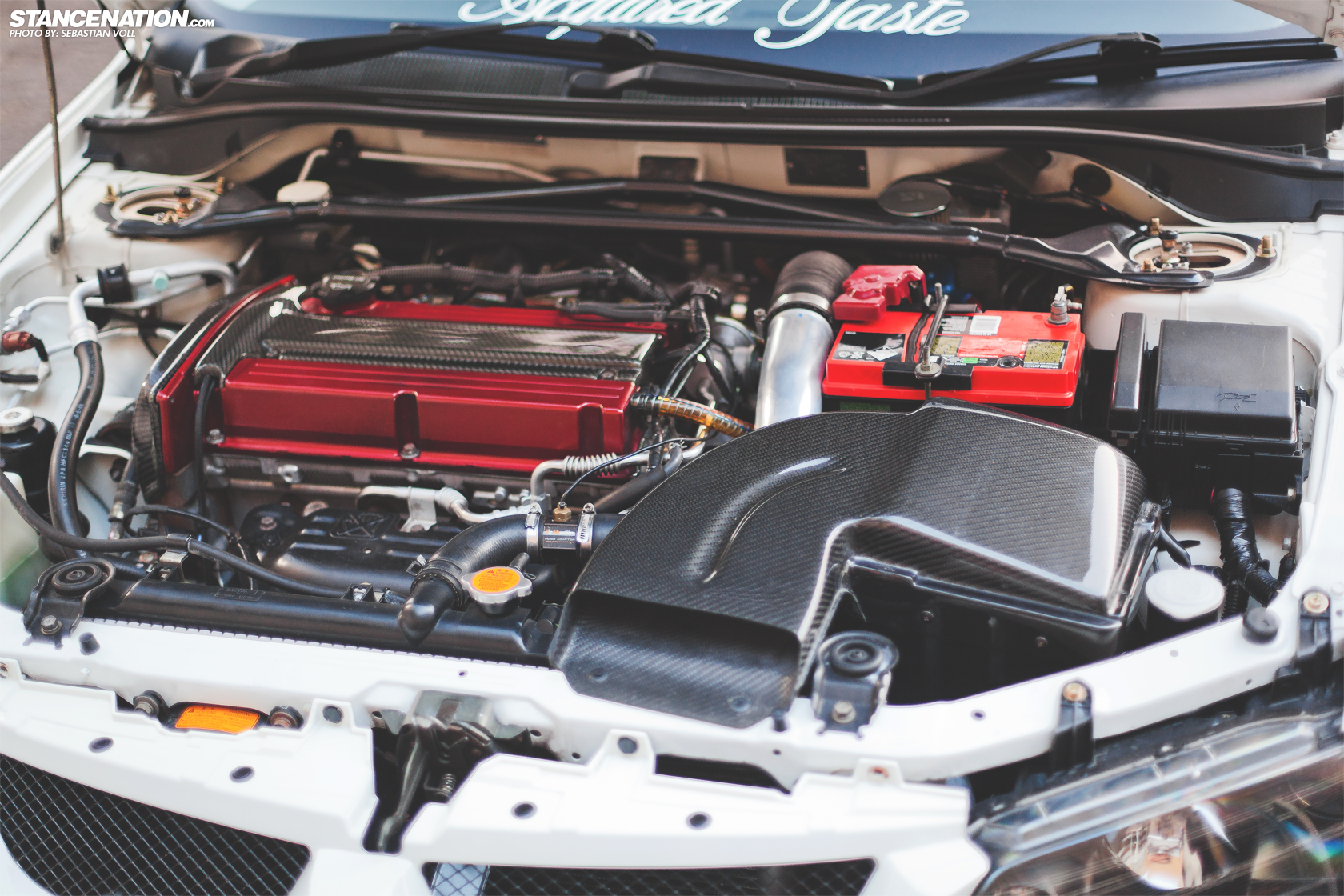 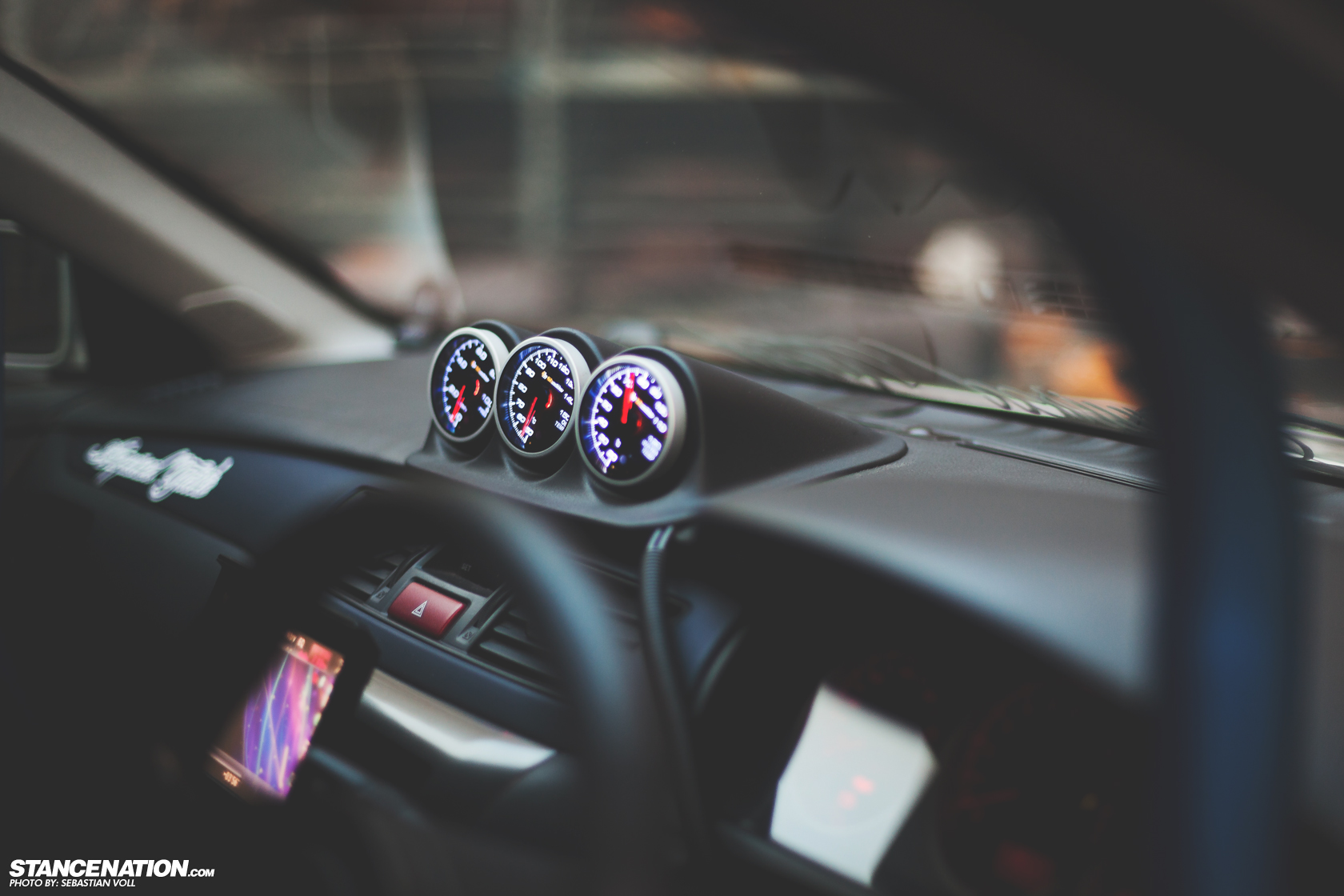 The deception of the mild exterior is found in the substantial performance of the 4G63.  Nothing too crazy, it’s not a 1000whp stroker on full tilt — Stephen utilitized proven enhancements in his quest for solid 11-sec. quarter mile ETs for his street car.  The 2.0L DOHC mill received headstuds and a fortified valvetrain to support both increased boost pressure and the more aggressive 272 Kelford camshafts.  Replacing the factory turbocharger is a MAP EF2 while a 550lph Walbro fuel pump feeds 1000cc Delphi injectors to the tune of a healthy 400awhp achieved at 28psi on E85 fuel.  A selection of carbon accessories continue the exterior theme into the engine bay while the increased power levels are fed to the driveline through an Exedy clutch.  The AWD driveline has failed a couple of times, though Stephen notes he hasn’t had any other trouble from the car and it rarely is pulled from service. 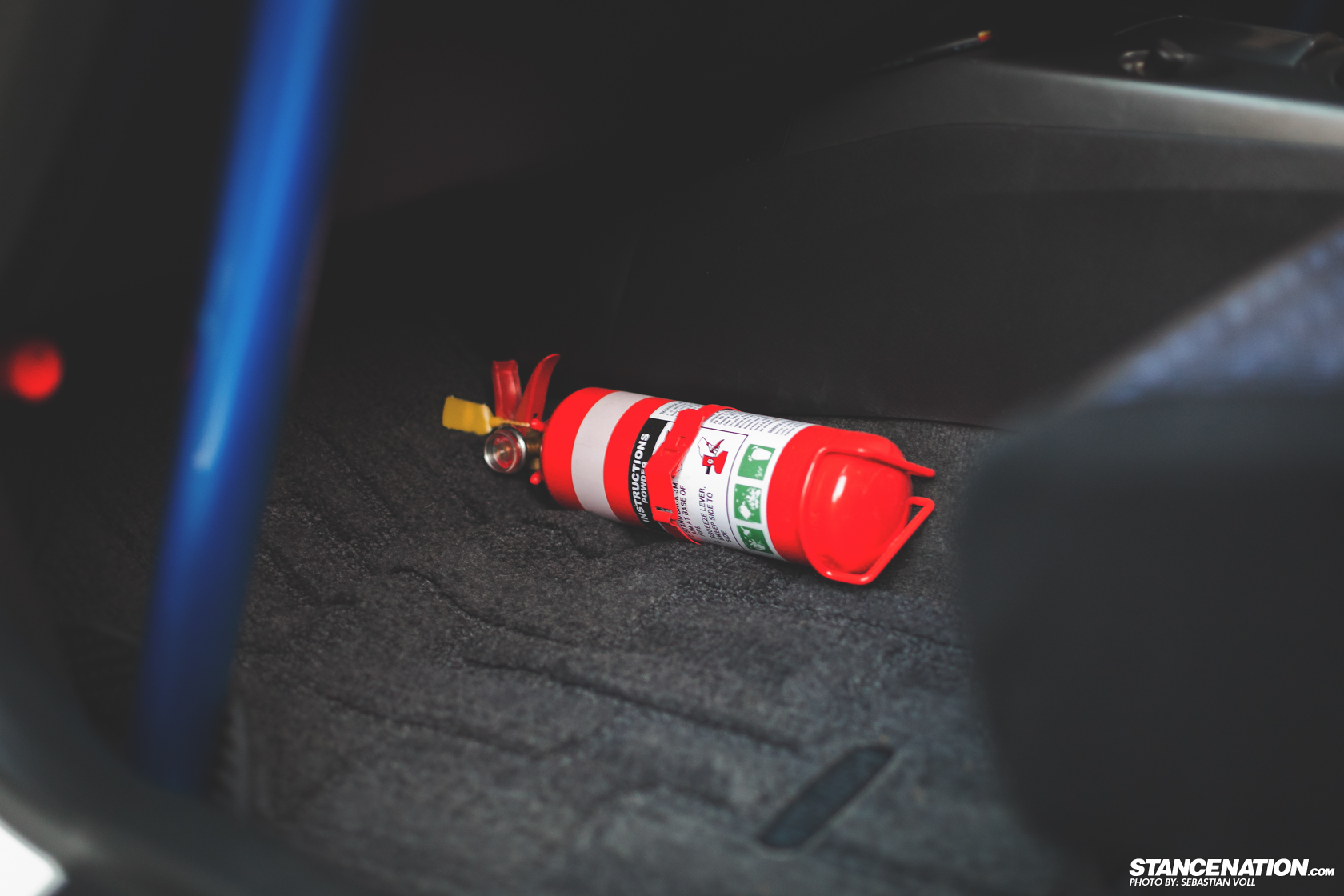 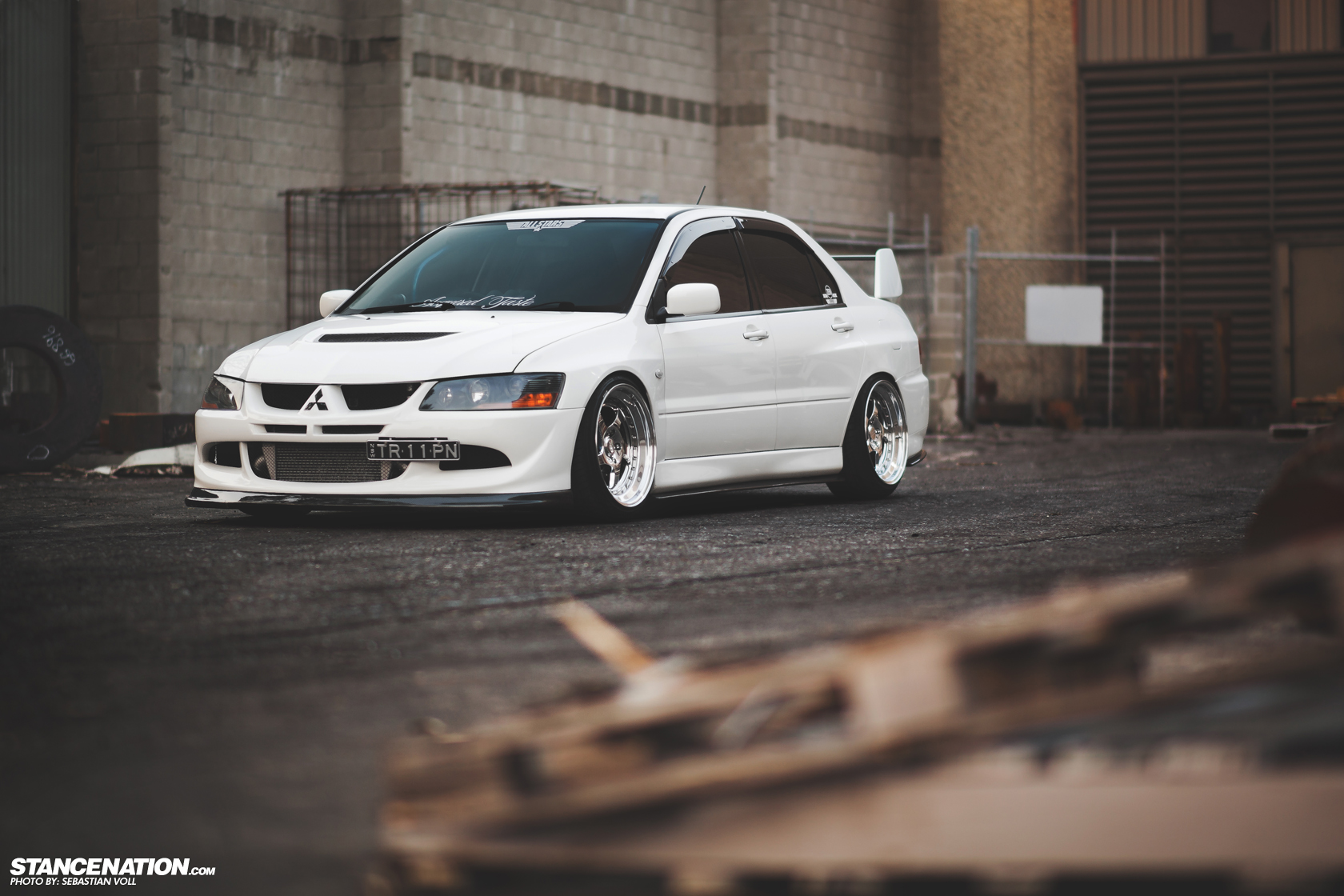 Beautiful polished 18×10″ CCW LM5T wheels are nestled beneath those flares Stephen is so fond of.  Wrapped in 225/40/18 Achilles tires the clean 5-spoke wheels frame the custom blue hue found on the factory Brembo calipers.  BC Racing ‘Gold’ coilovers provide the desired ride height while the powerful factory brakes have been supplemented with Gyrodisc pads and DBA rotors, also from Australia.  The overall affect is breathtaking, the crisp white paint over the deep polish of the CCWs is a great combination and is attractive without over-doing anything. 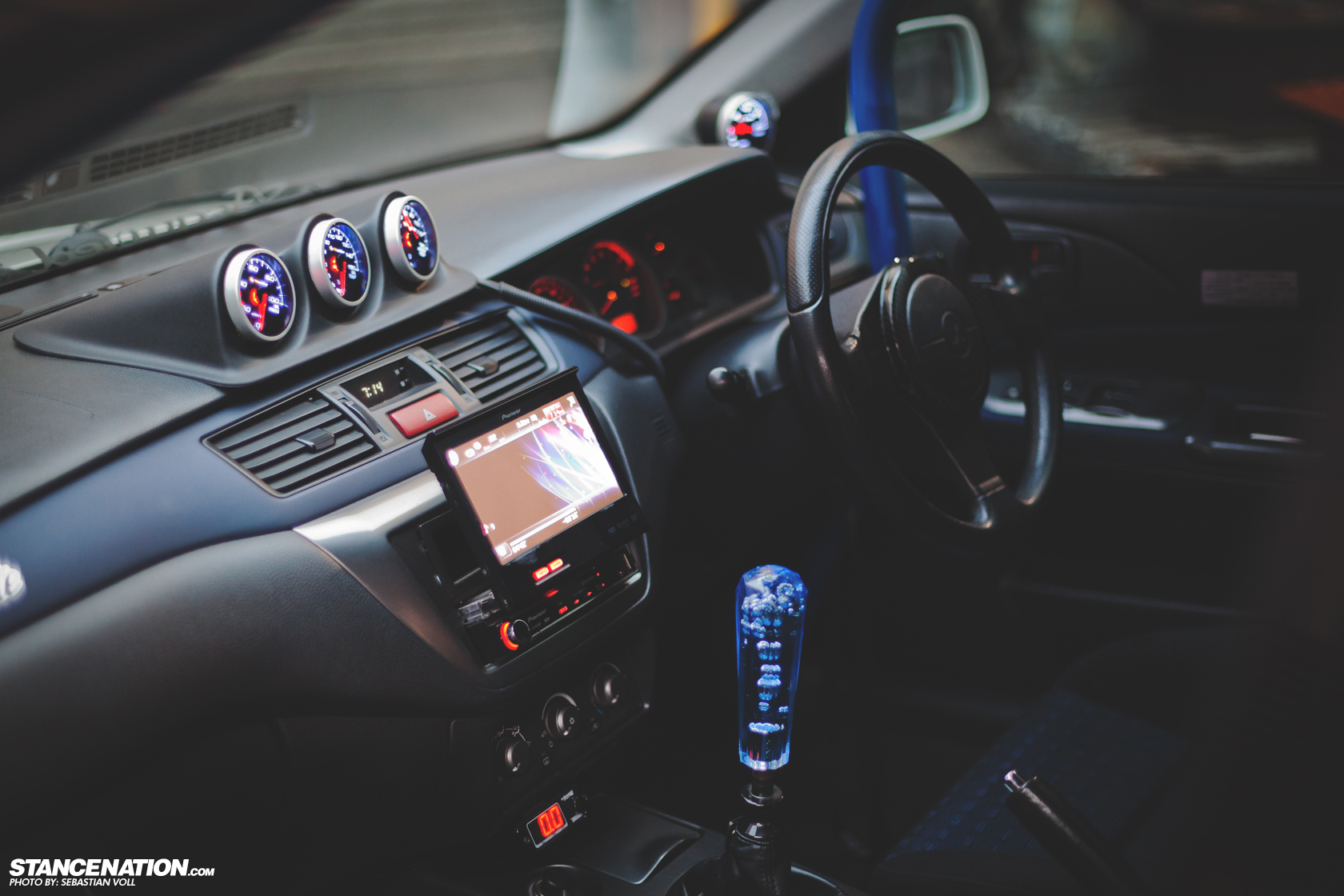 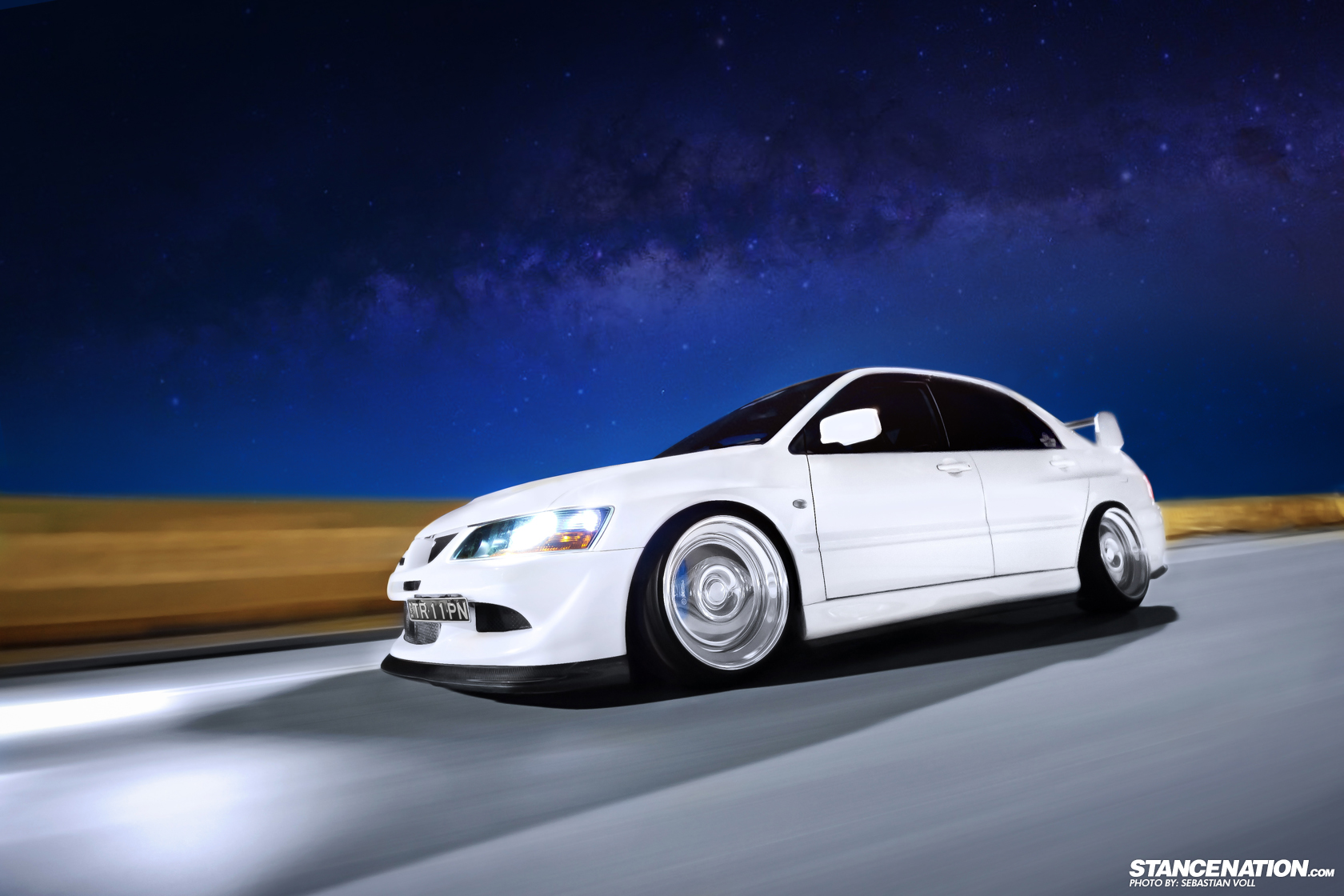 The Evo is provided with Recaro seats and a Momo tiller directly from the factory, amenities that contributed to the attractiveness of the vehicle to Wassef during his initial purchase.  Those components remain while blue and carbon accents and a JJR cage pull the brake system and carbon appointments found elsewhere on the car together in a subtle theme. 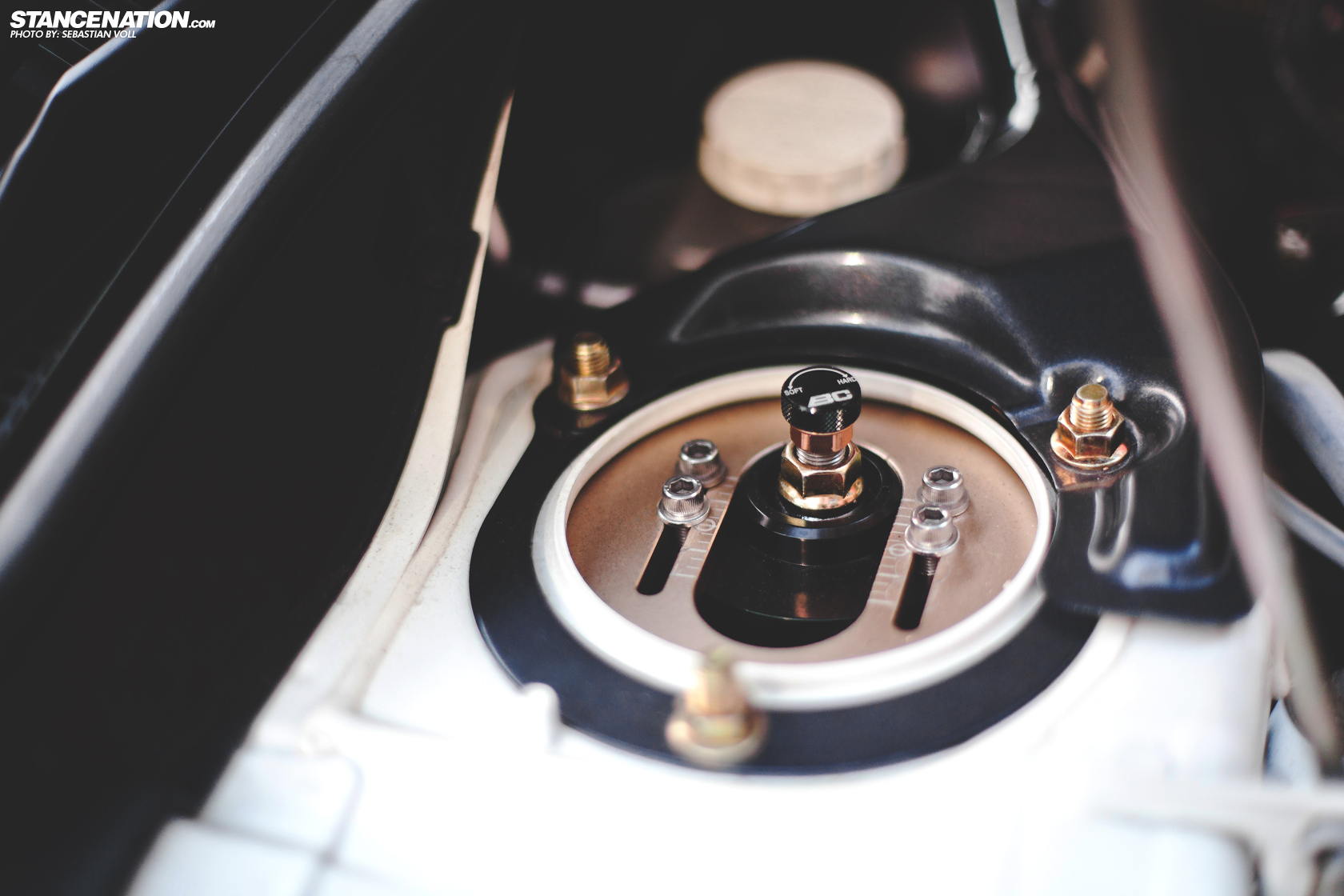 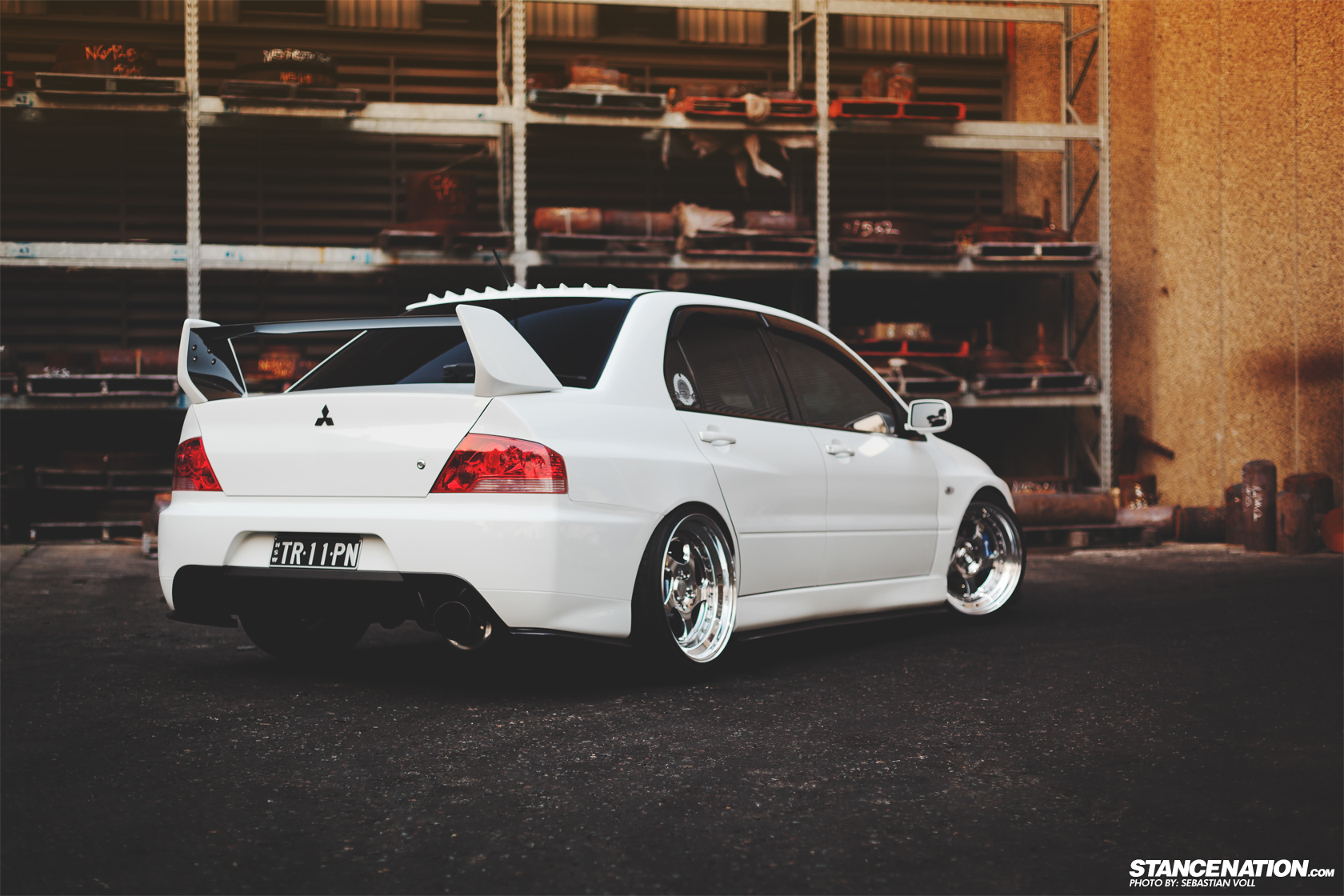 Wassef’s Evo certainly has an impressive online dating profile.  Attractive, good stance, useful, 400awhp, powerful heritage.  The white Mitsubishi would probably hold your door open, tell jokes that are actually funny, and think that scar on your forehead from that unfortunate kindergarten incident is sexy.  It has received attention in every department displaying Stephen’s thorough approach, instead of concentrating on a single aspect of the car.  This particular Evo is a great example of the total package and Wassef is happy with the results; he tells us that he doesn’t have too many plans for its future other than enjoying it and hunting down quarter mile times.  The next time that vending machine takes your money, just think about the quality Evos you may be contributing to.  If is any reconciliation. 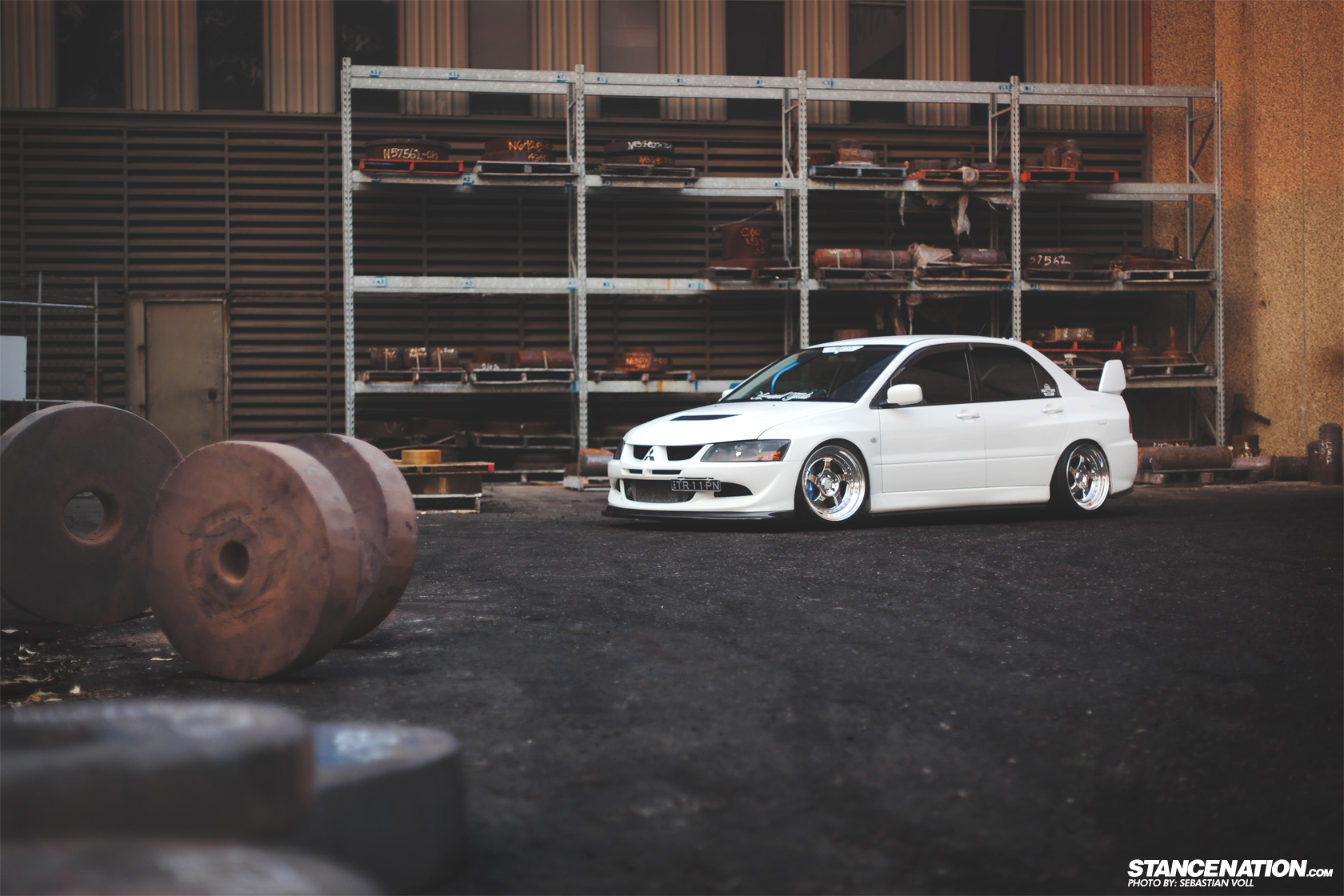