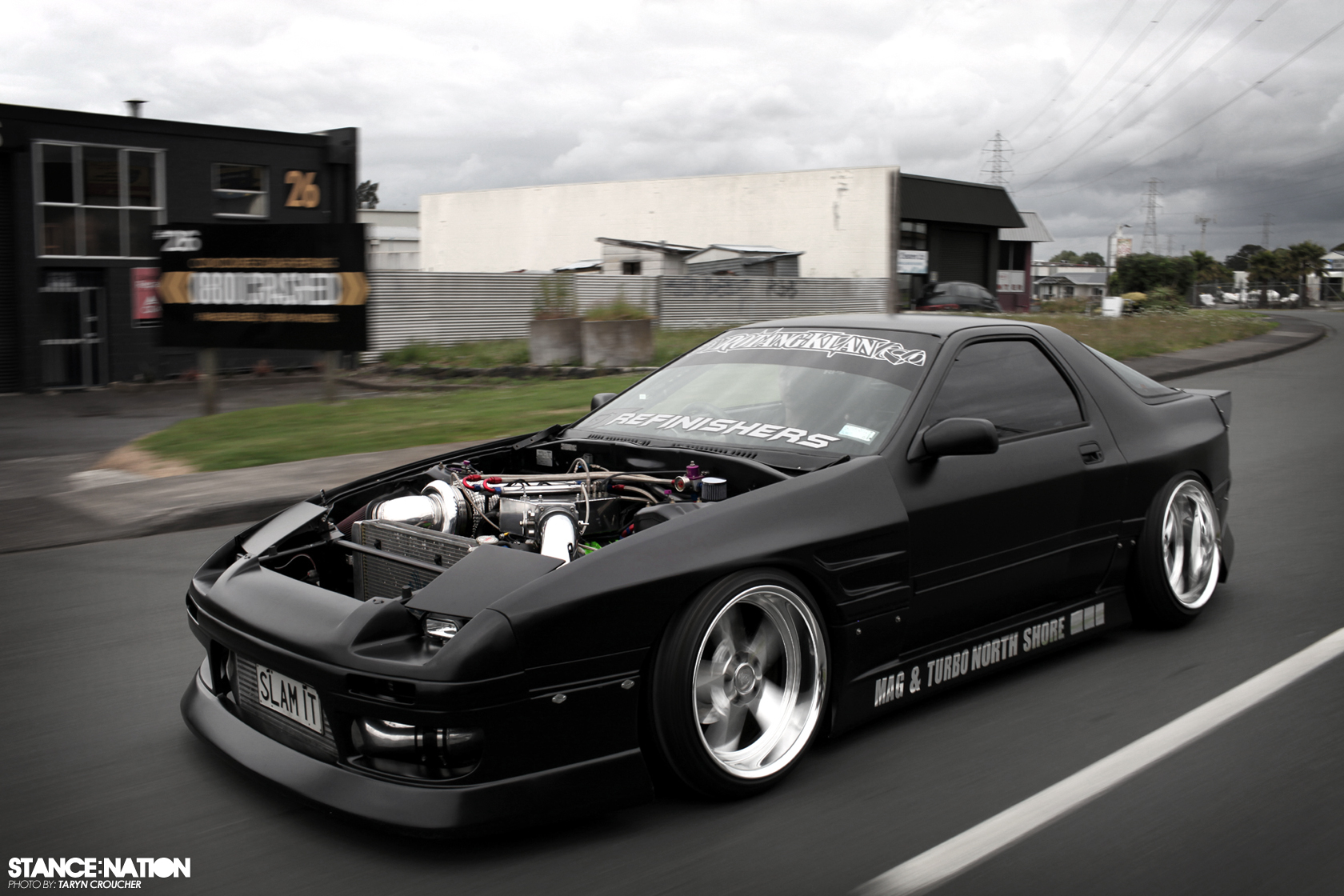 Today is a very special day for us here at StanceNation. You’re looking at one of our favorite FC’s of all time which belongs to our good friend Aaron out of New Zealand. We’ve admired this car for what seems like years now and with the help of our very talented friend Taryn Croucher we’re finally able to show it off to rest of the world. Aaron has owned his 1988 Mazda RX7 FC3S for 5 years now though when he initially purchased it just looked nothing the way it does today. His goal was to build an FC RX7 like no other, and if you ask us he has done an awesome job at that. The plan was to build an aggressive street car that Aaron could take to the track an beat up on if he wanted to, and he has done just that. When asked how it feels to drive this thing his response is that it’s like a “gokart on steroids“. He says that it’s a real handful to keep straight and that it gets your blood pumping thats for sure! 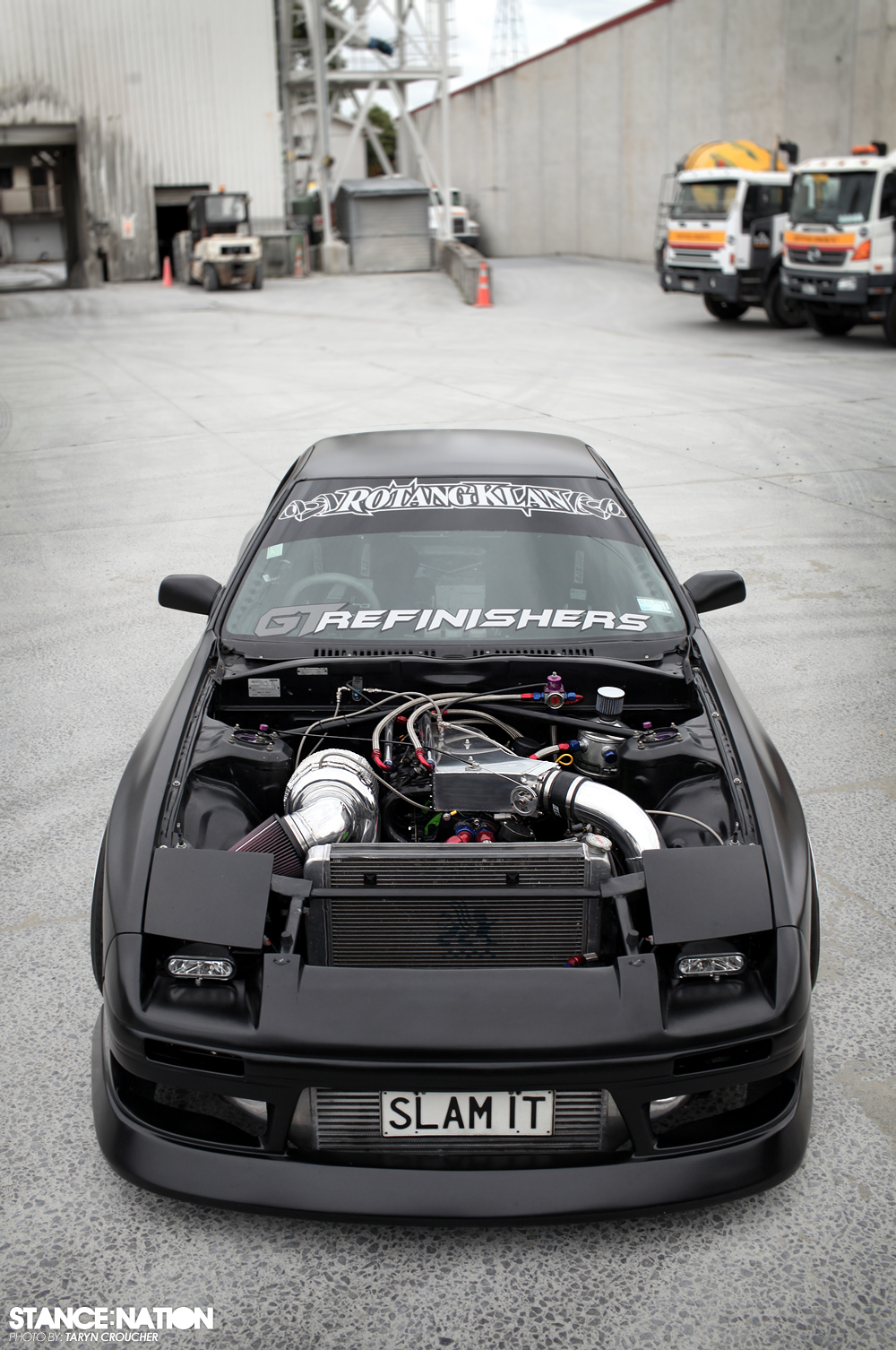 As you can tell from the photo above this thing is pretty damn intimidating. When it came time to work on the performance side of the car Aaron tells us that he would go through magazine after magazine cutting out all the pictures of parts he wanted and engine bay setups that he liked. He then slowly started collecting bits and pieces here and there and meeting fellow rotary enthusiasts to get learn as much about these legendary motors as he could. Aaron wanted big power, but at the same time he didn’t want to jeopardize the reliability. Eventually he went to see Brent Curran (the best rotary engine builder in the country) who helped Aaron very much with advice and many other things.

When all was done, this New Zealand beast was able to produce 712HP at the wheels on 12psi of boost! Aarons comparison to a “gokart on steroids” sounds pretty accurate to us. Oh, just imagine the thrill.. 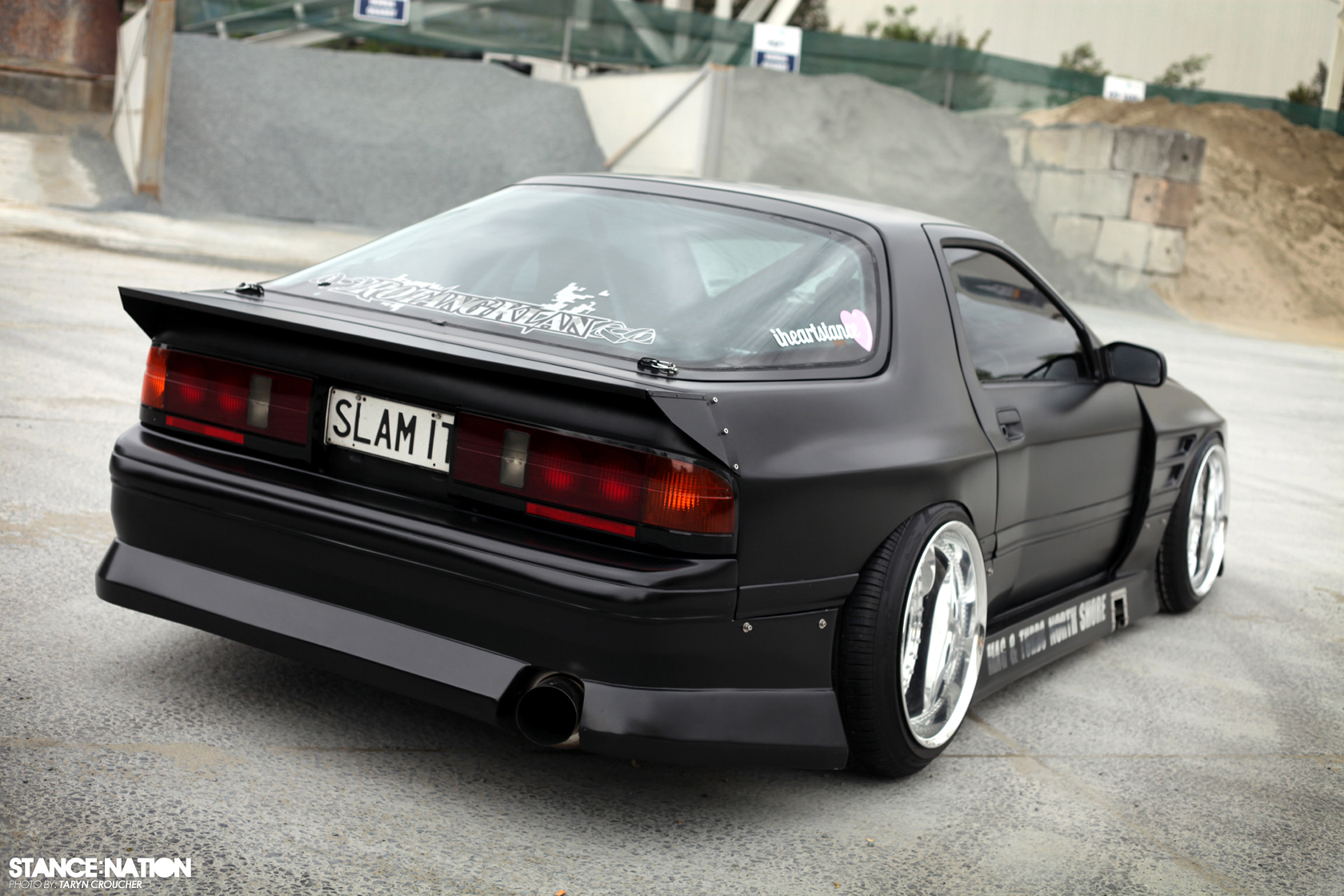 After the performance aspect was “done”, Aaron moved to the exterior. He tells us that he knew he wanted some kind of kit but it took him quite a long time to pick one out. When he finally did, he decided to run the almighty BN kit. He then realized that something was just missing from it. Eventually he decided that he wanted to go wide body which took even longer because finding the right front guards was a hassle. He went with the d-max guards but when it came to the rear ones he just couldn’t find anything that looked right. His solution was to take the car to a local shop by the name of GT Refinisher and see what they can do for him. There, his buddy Grant suggested that they try and make some out of steel that way they could literally make them look exactly the way Aaron wanted.

The finished product was awesome, to say the least. Make sure you hit the Read More button to check out many more photos and read what else this sinister FC has going for it. 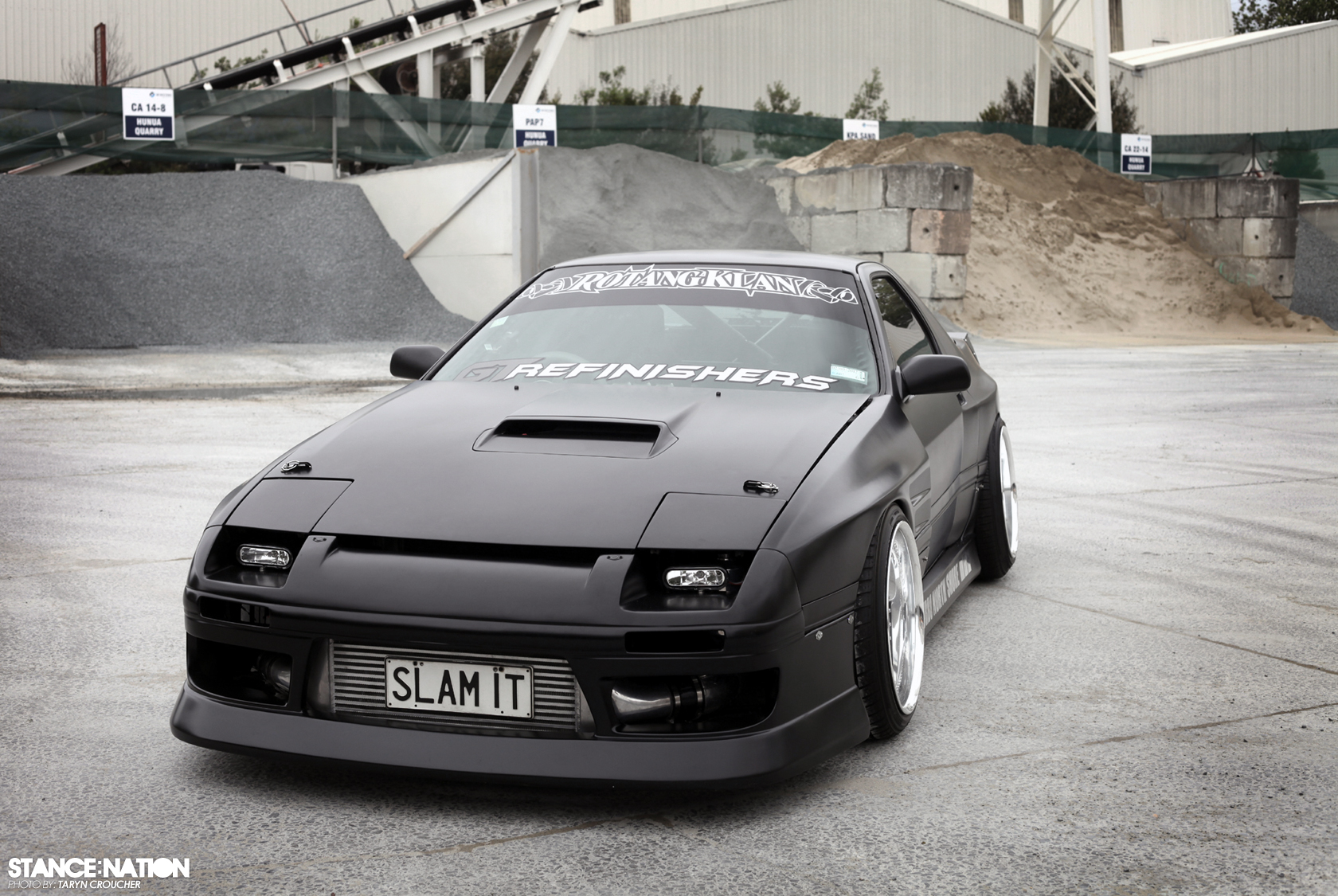 Then it came time finding wheels for the car. As with many of us, there is just something about Work Equips that stands out. Aaron wanted a set since the first time he laid eyes on them but he could never find what he was specifically looking for. At the time Work wasn’t making them either so that wasn’t an option. Eventually he settled for brand new set of Work Meisters in 19×9.5 and 19×12. After running them for about a year he finally ran up on a set of Equips so he quickly made the move! His current wheel setup is 18×11 up front and 18×13 in the rear! It sits on D2 coilovers with completely custom toe arms, custom camber arms and of course custom Nolathane everything. 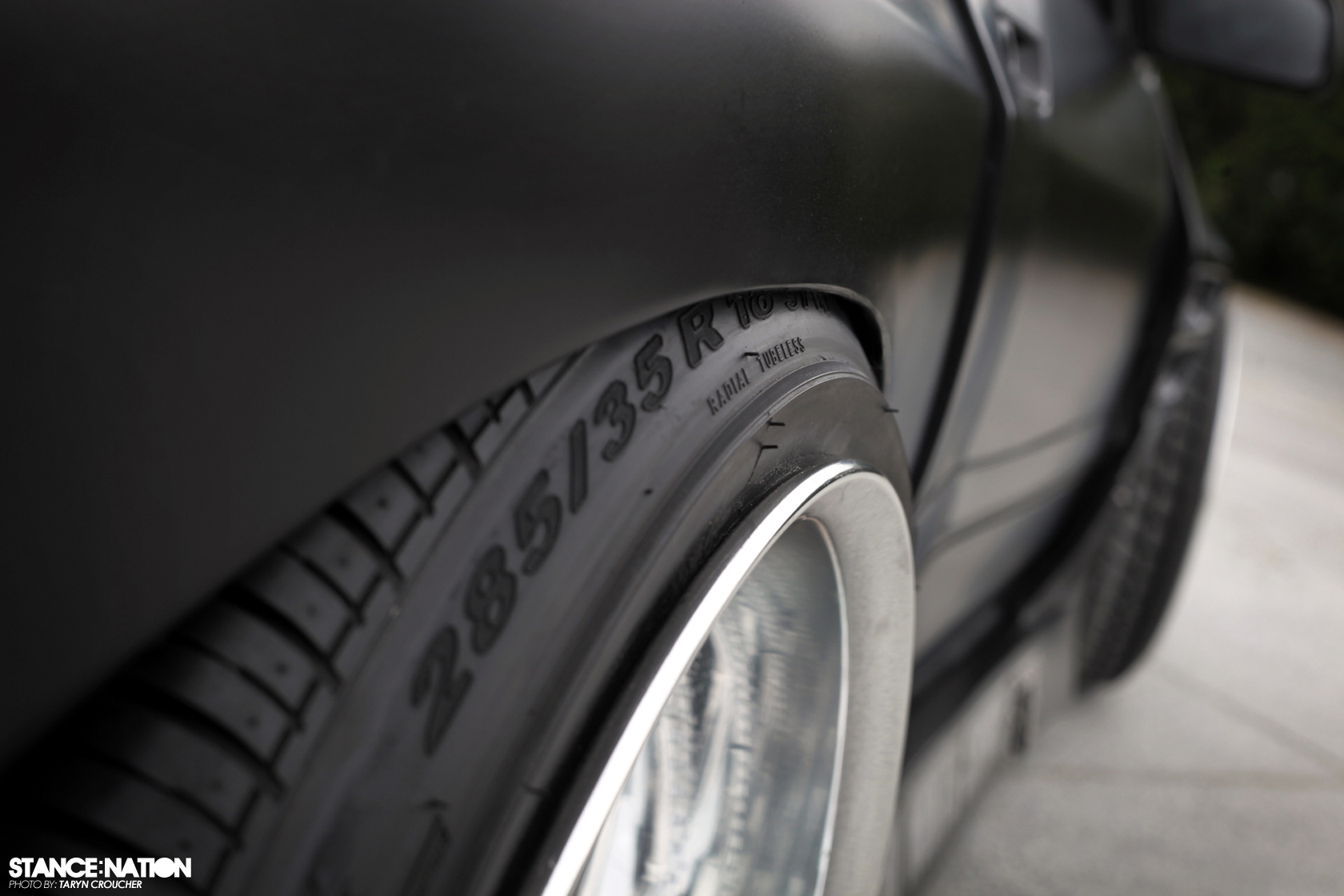 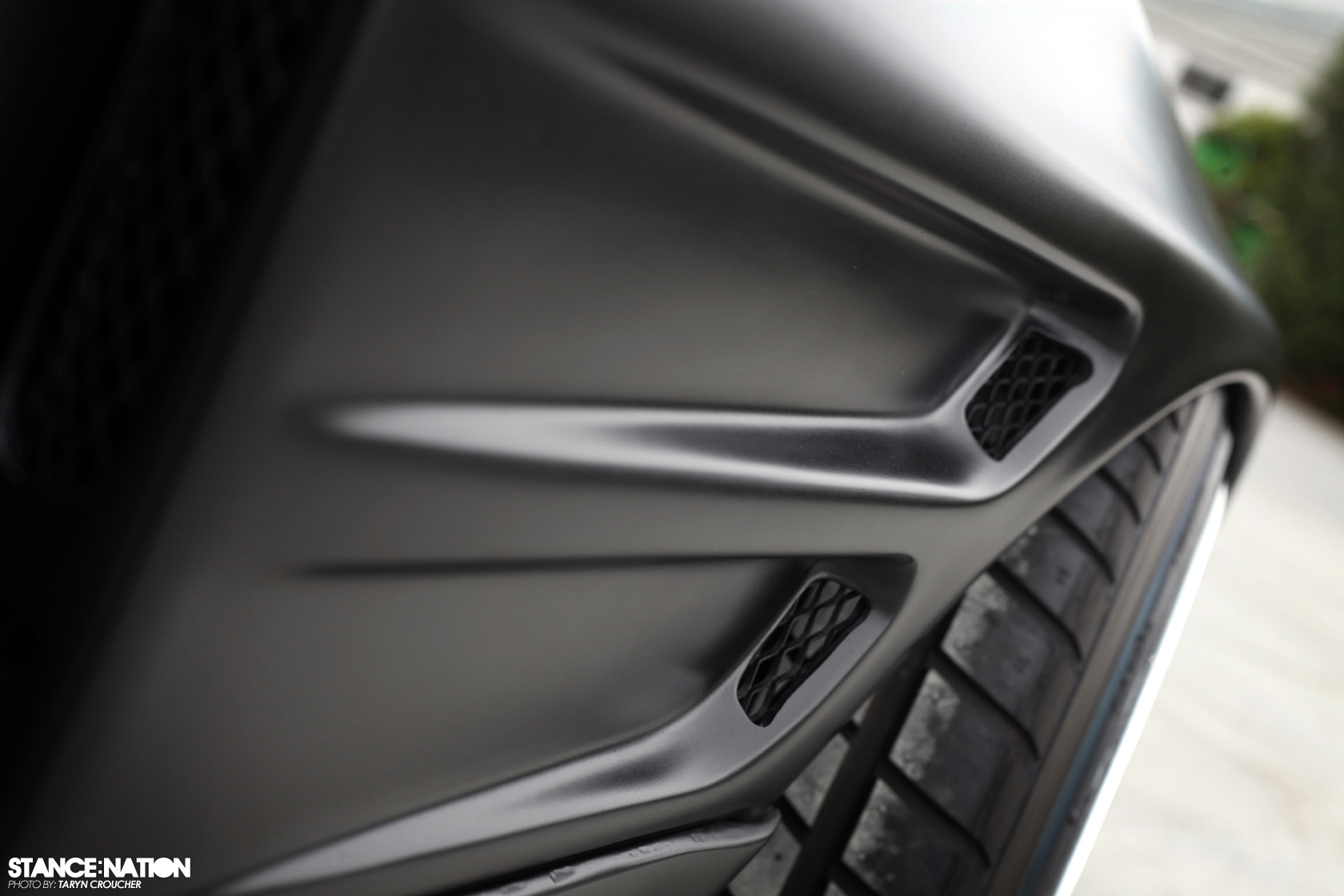 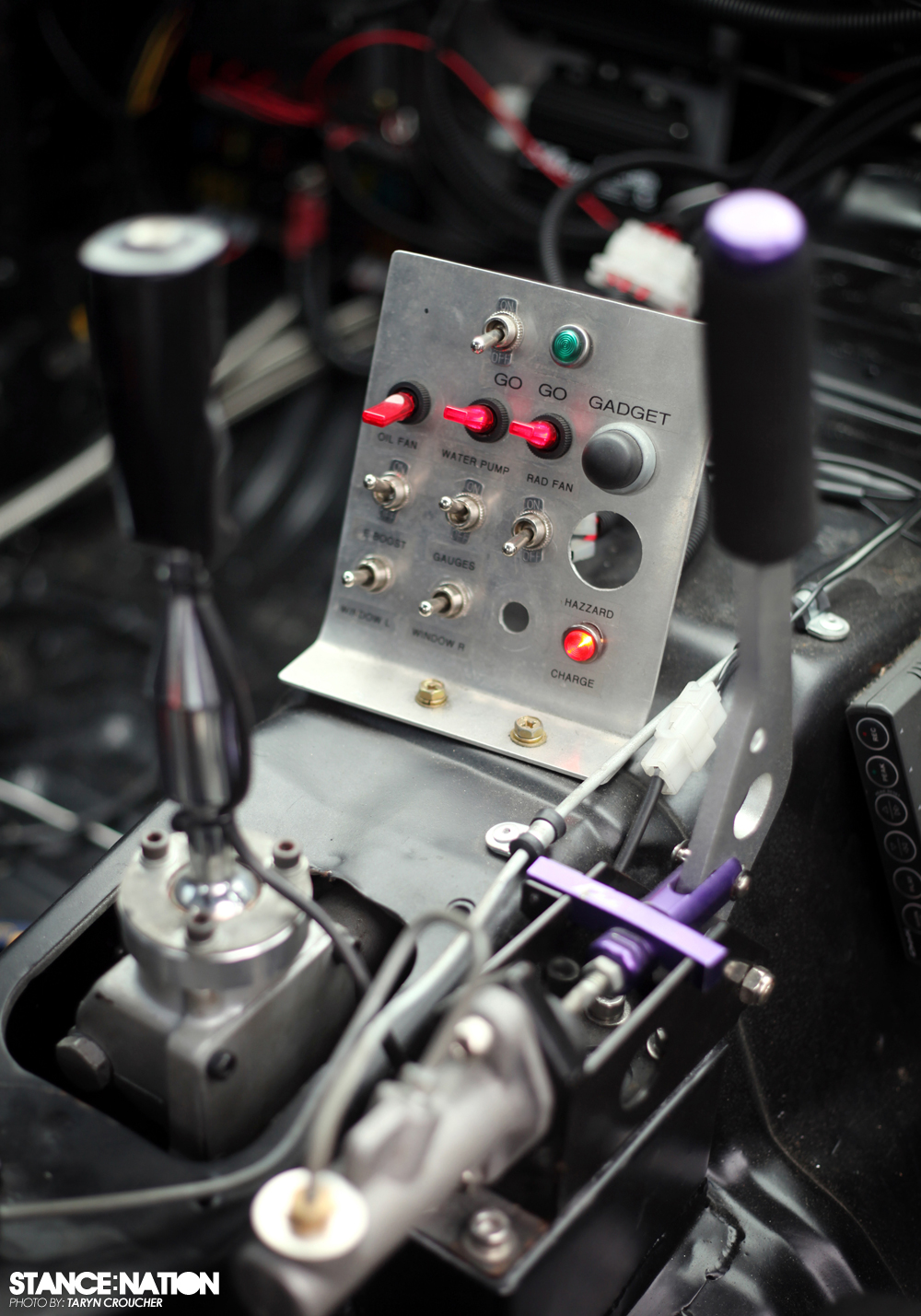 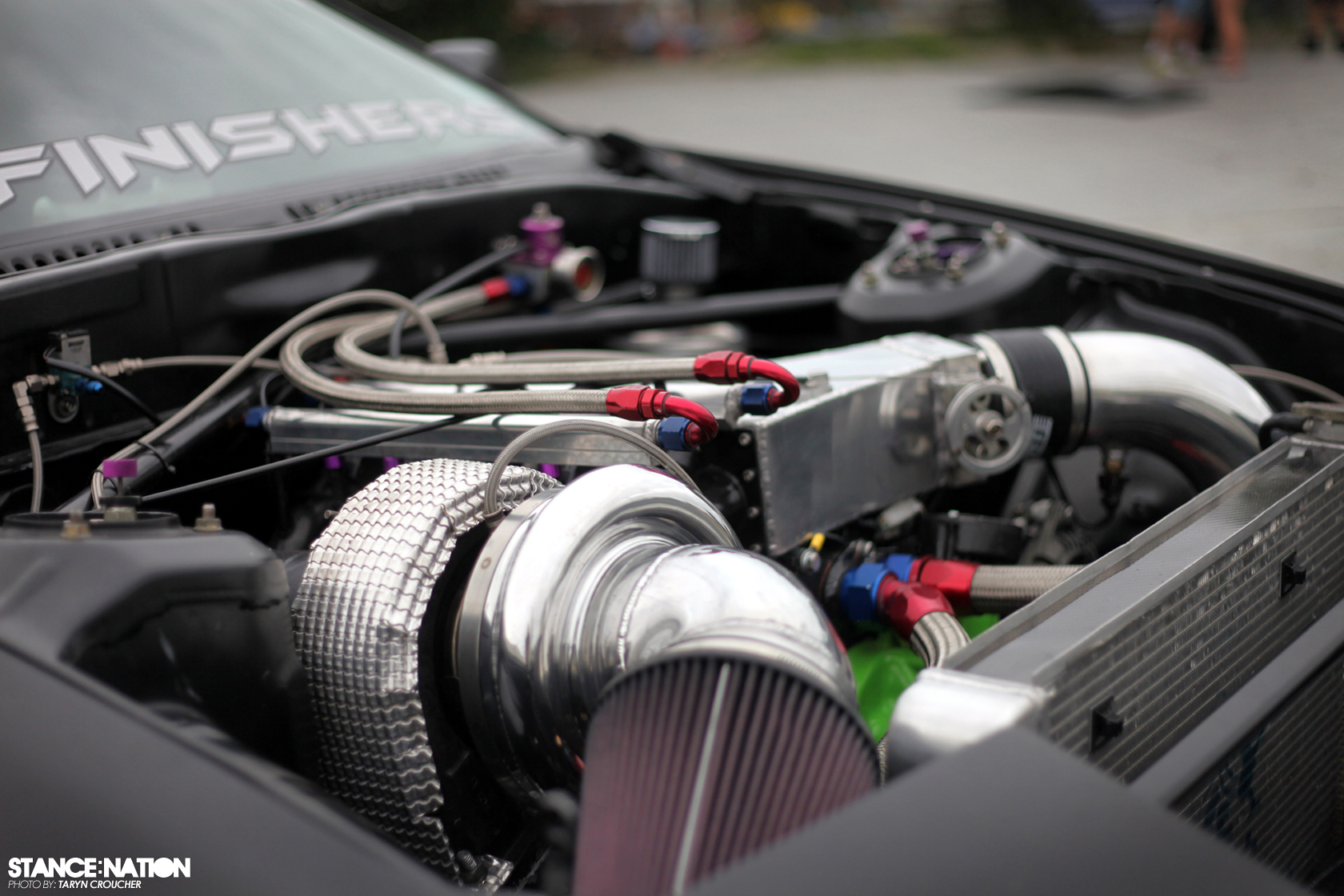 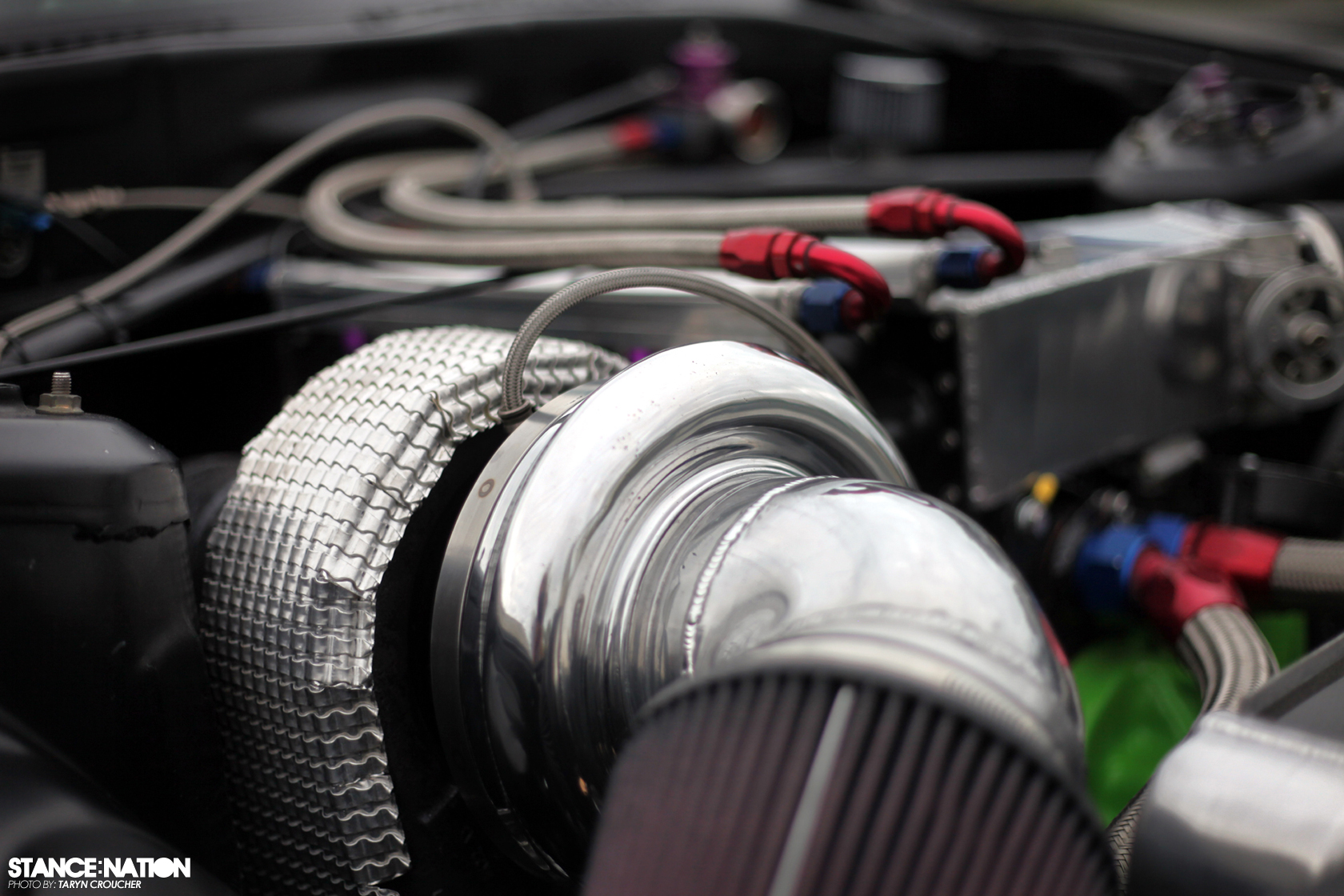 The interior is simple, just the way we like things. Aaron tells us thatHHS has always been a fan of the “raw” feel so there is absolutely no dash, no carpet, no speedometer gauge. Just a seat for the driver and passenger, a cage, and drivers gauges. He calls it the “perfect drivers cockpit”!

Not sure about you but “perfect drivers cockpit” sounds spot on! 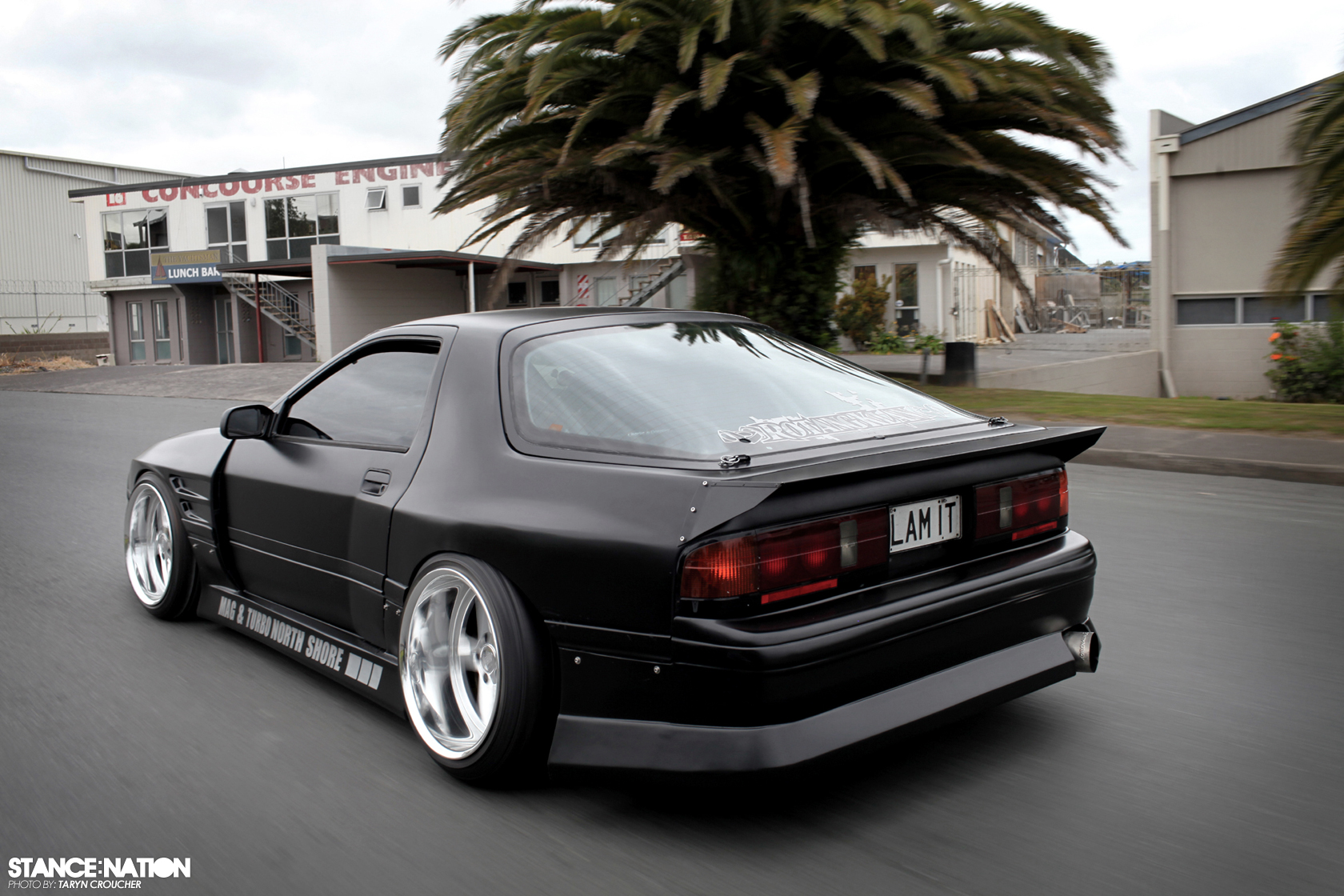 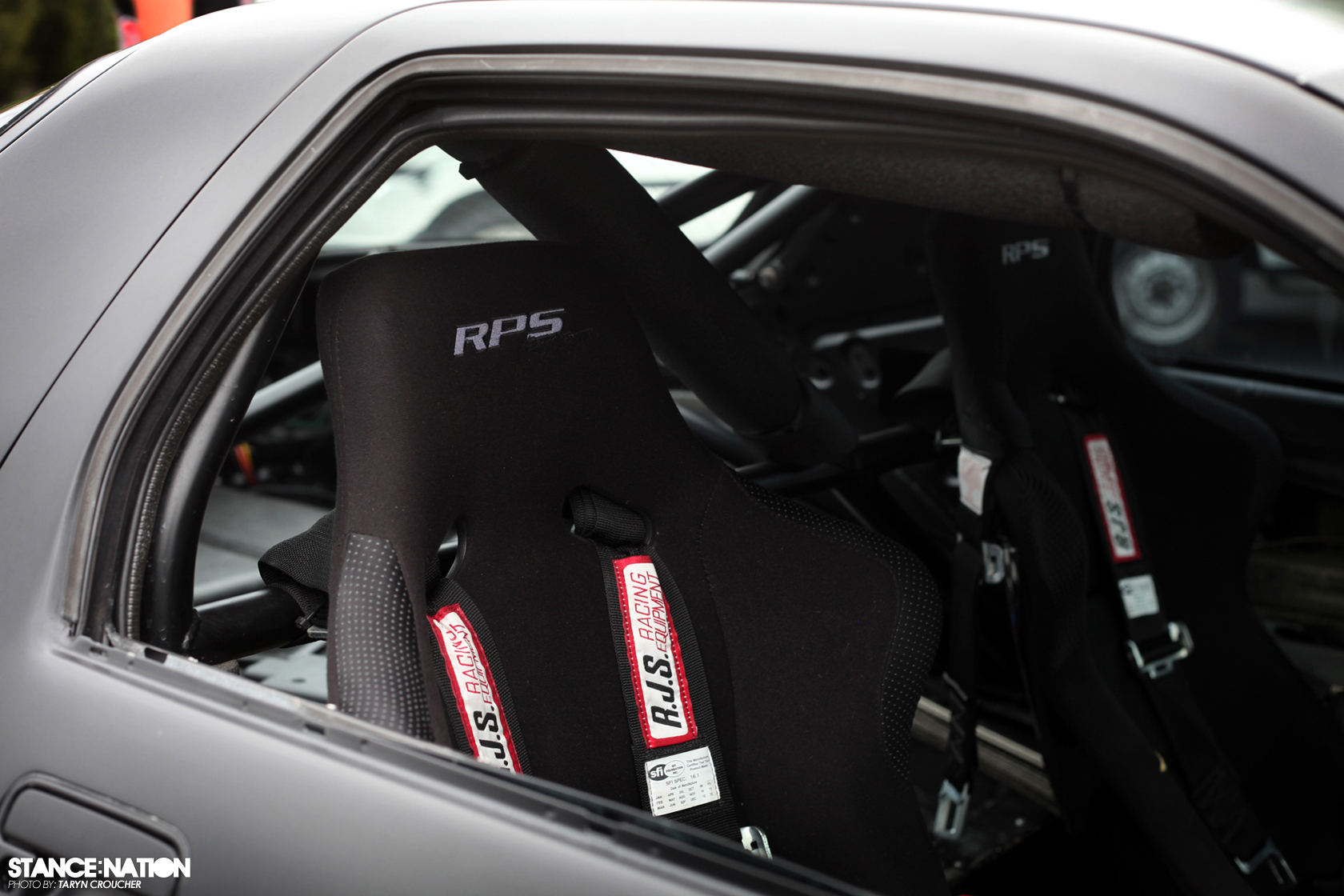 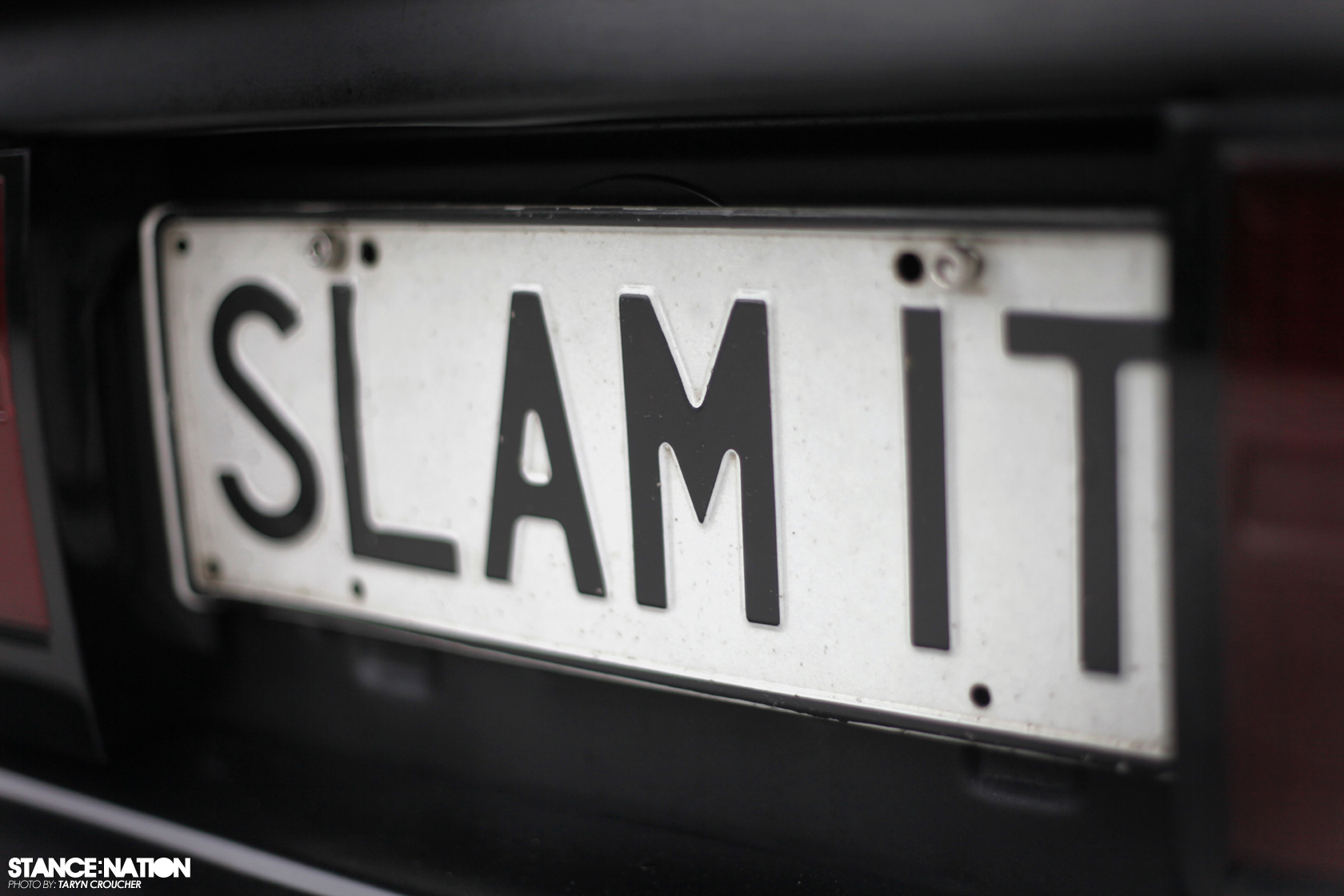 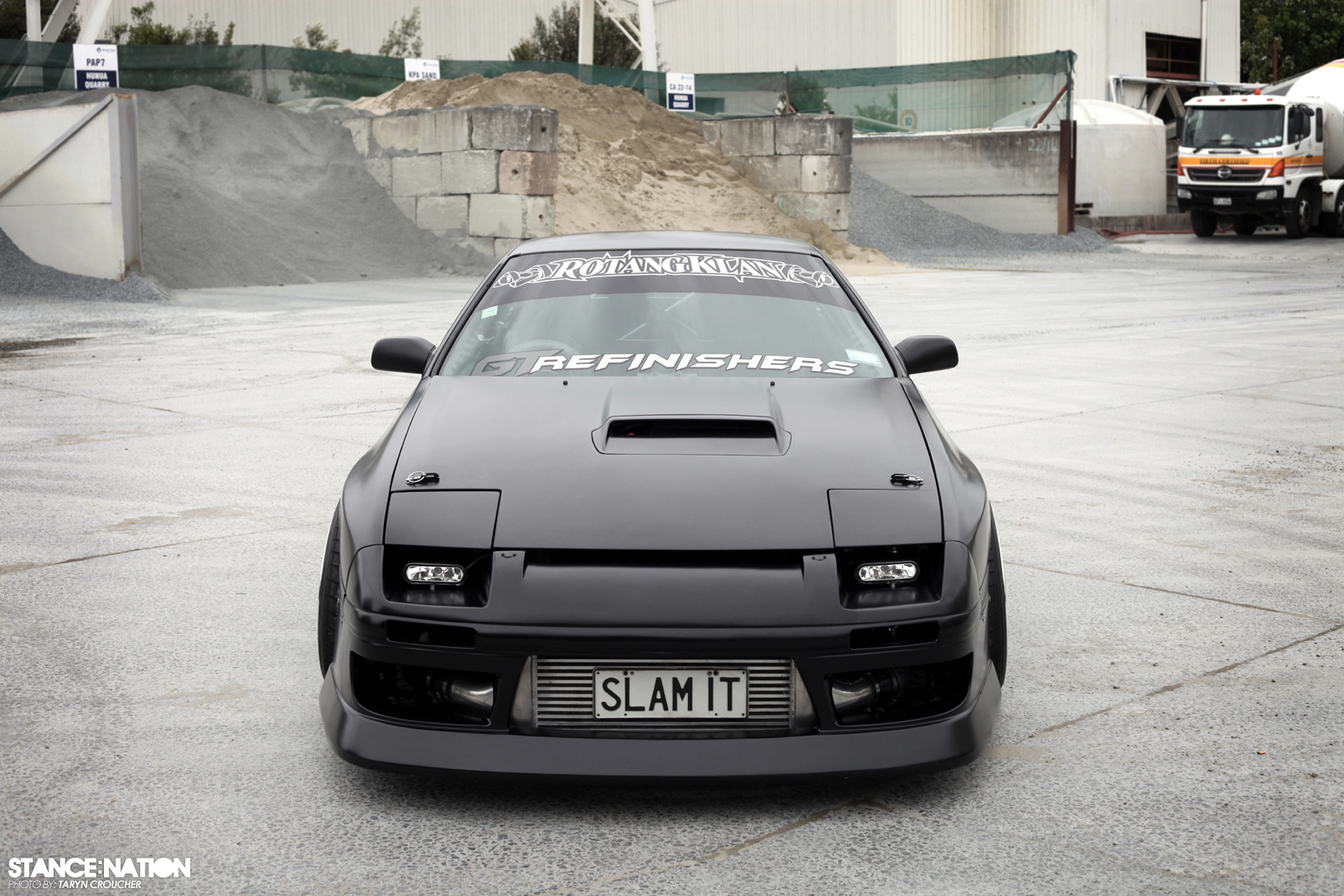 Aaron says that the best thing about this particular build is the people he has met along the way and all of the close friends he has gained. He has also learned that constantly buying cheap parts ends up costing more in the long run so if you’re going to do something do it once & do it right. As far as plans go, you can expect to see this bad boy cruising the streets and “f@#$ing $#!7 up” at the track days. Long term plans include a new engine set up an modifying the steering, suspension, and lots of carbon fiber products. Big shout out to Aaron for everything as well as Taryn from iheartstance for hooking us up with these wonderful photos. Make sure you email us at snfeatures@gmail.com if you think you’ve got a ride worthy of StanceNation! 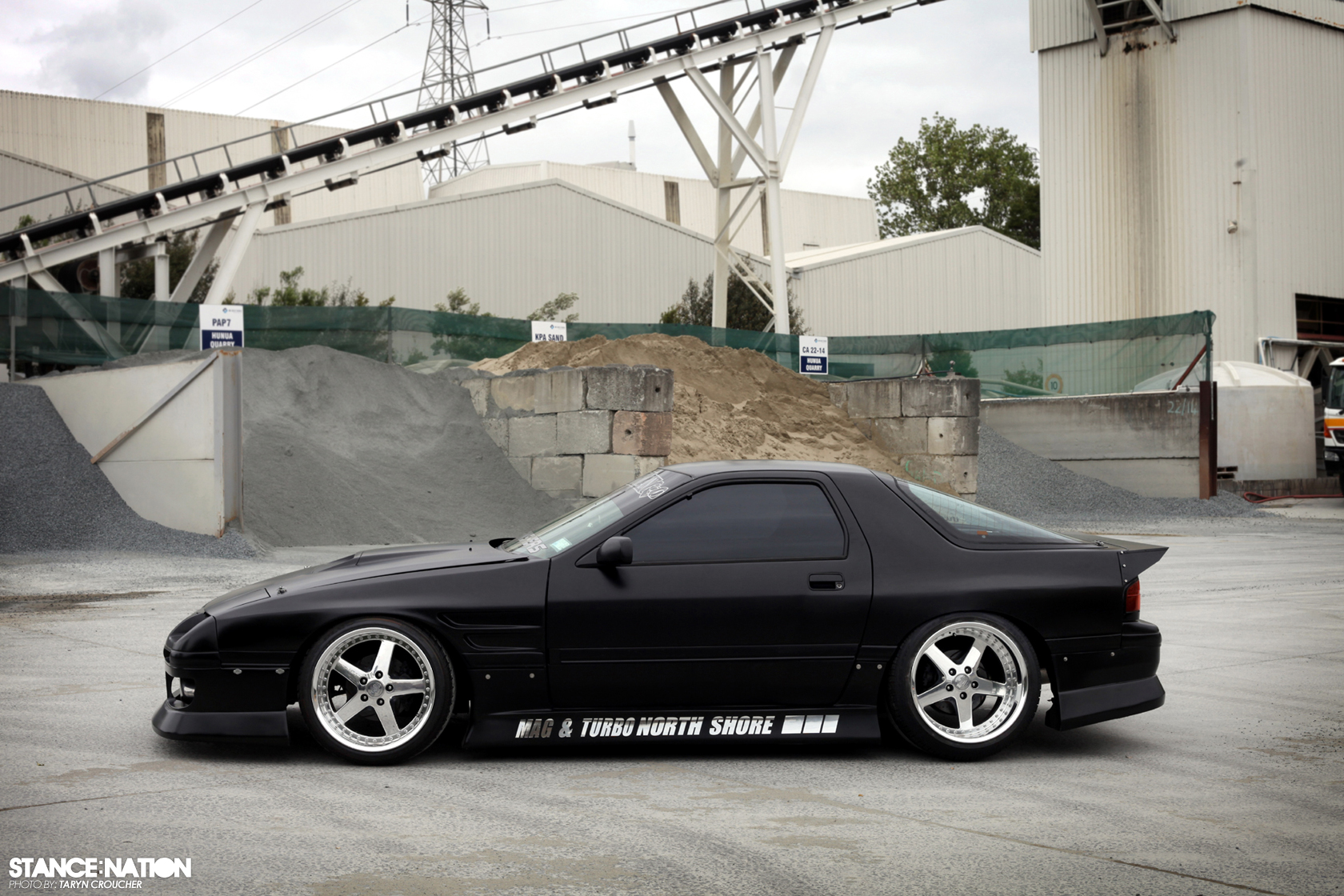 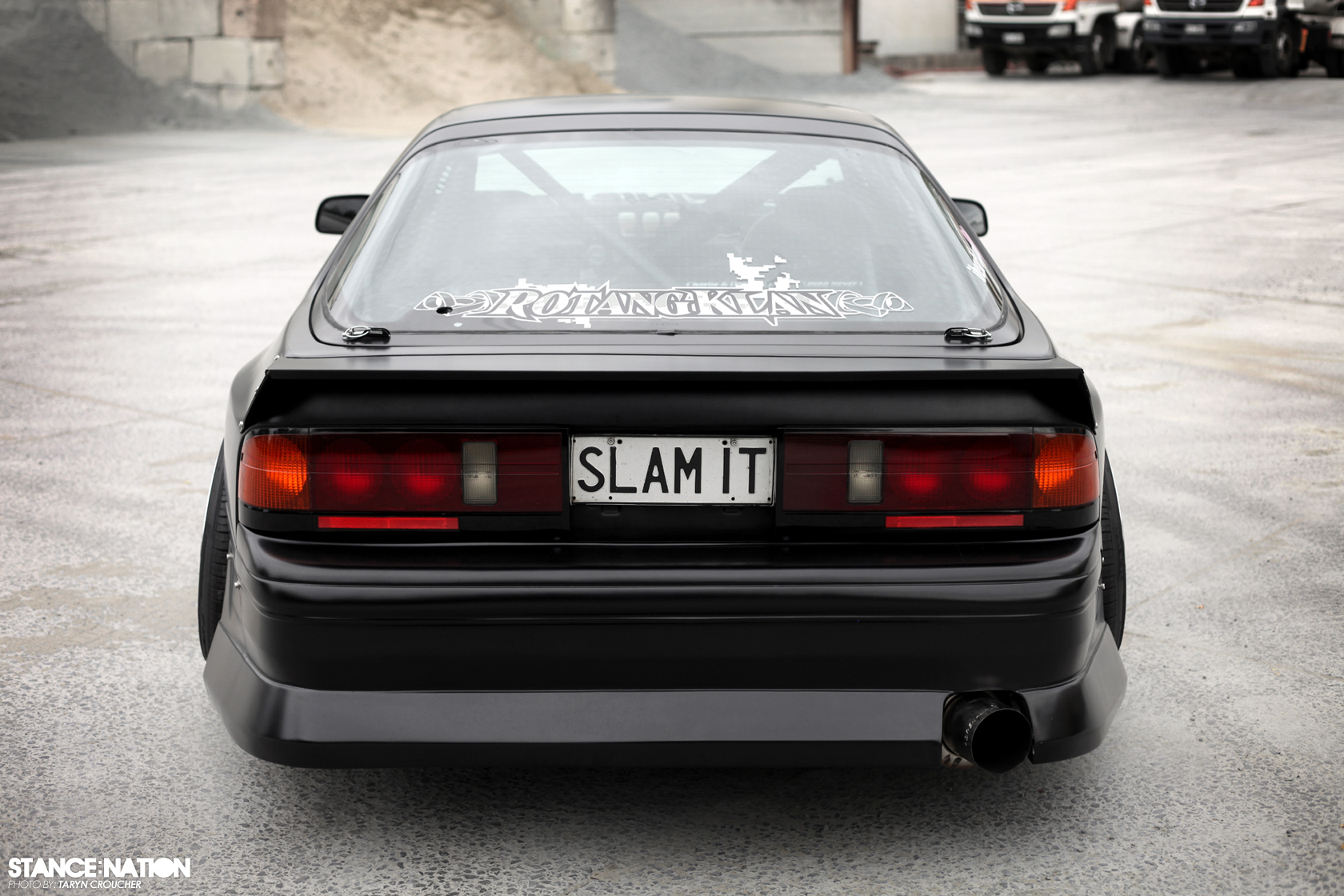 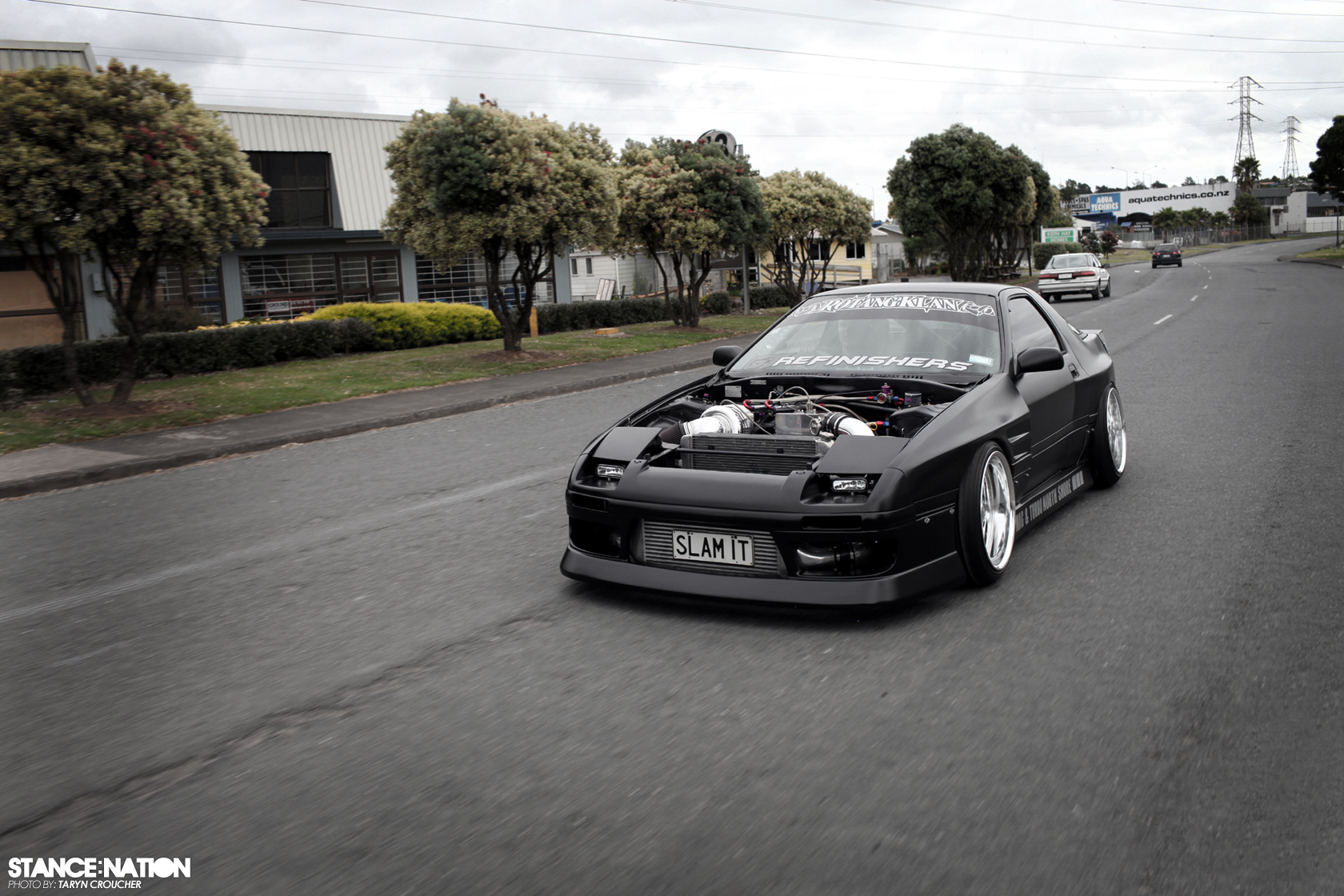 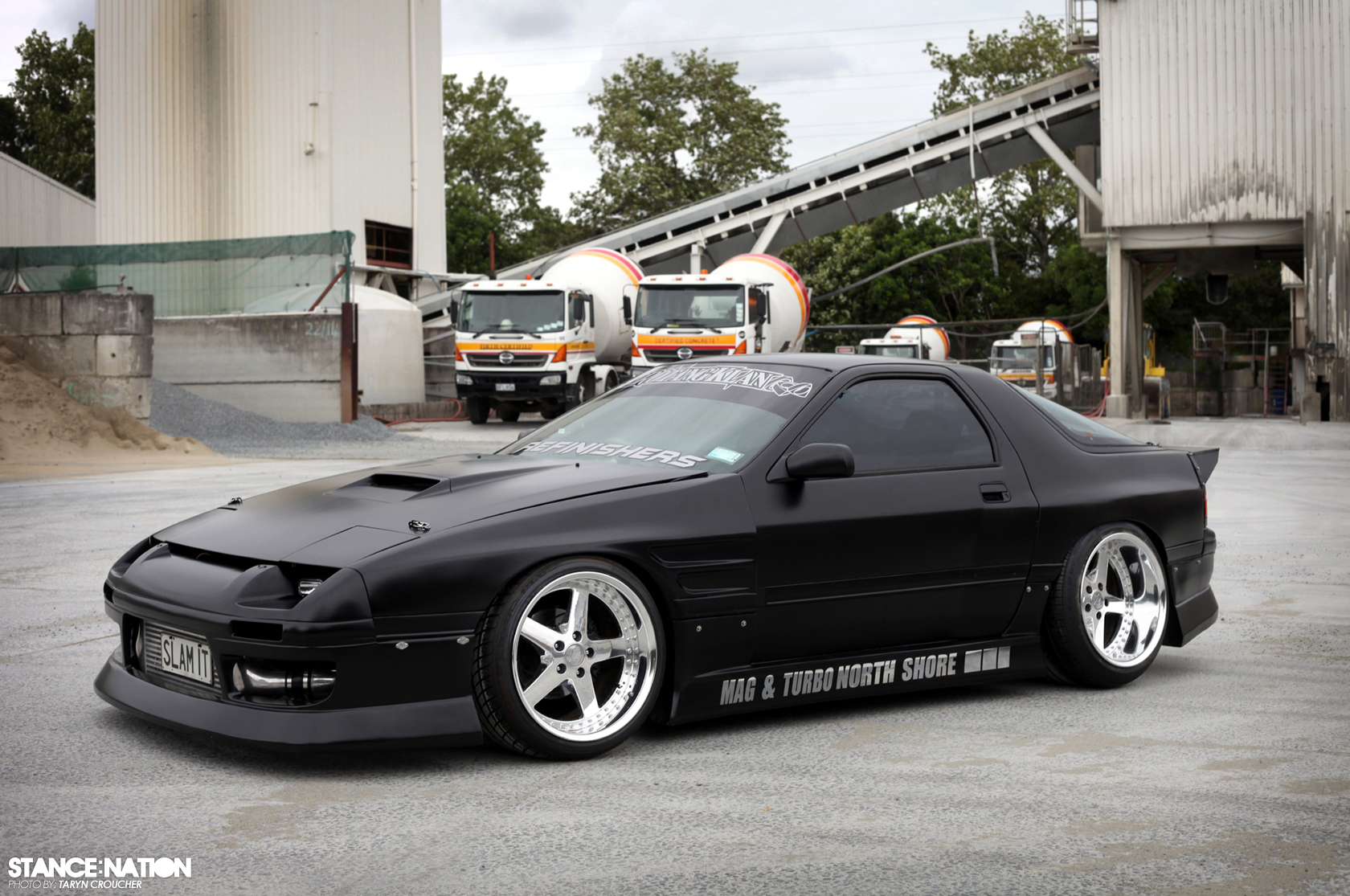 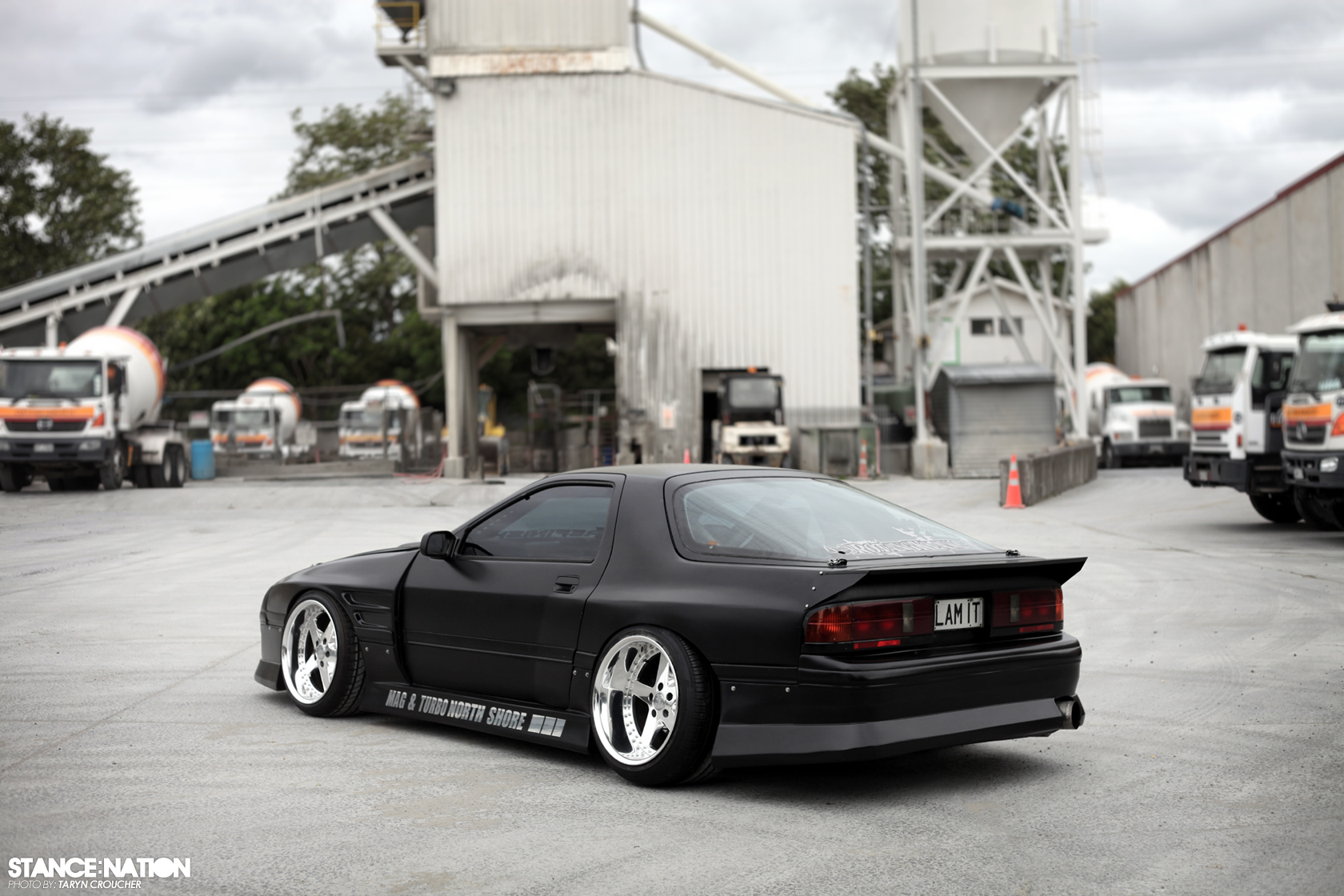 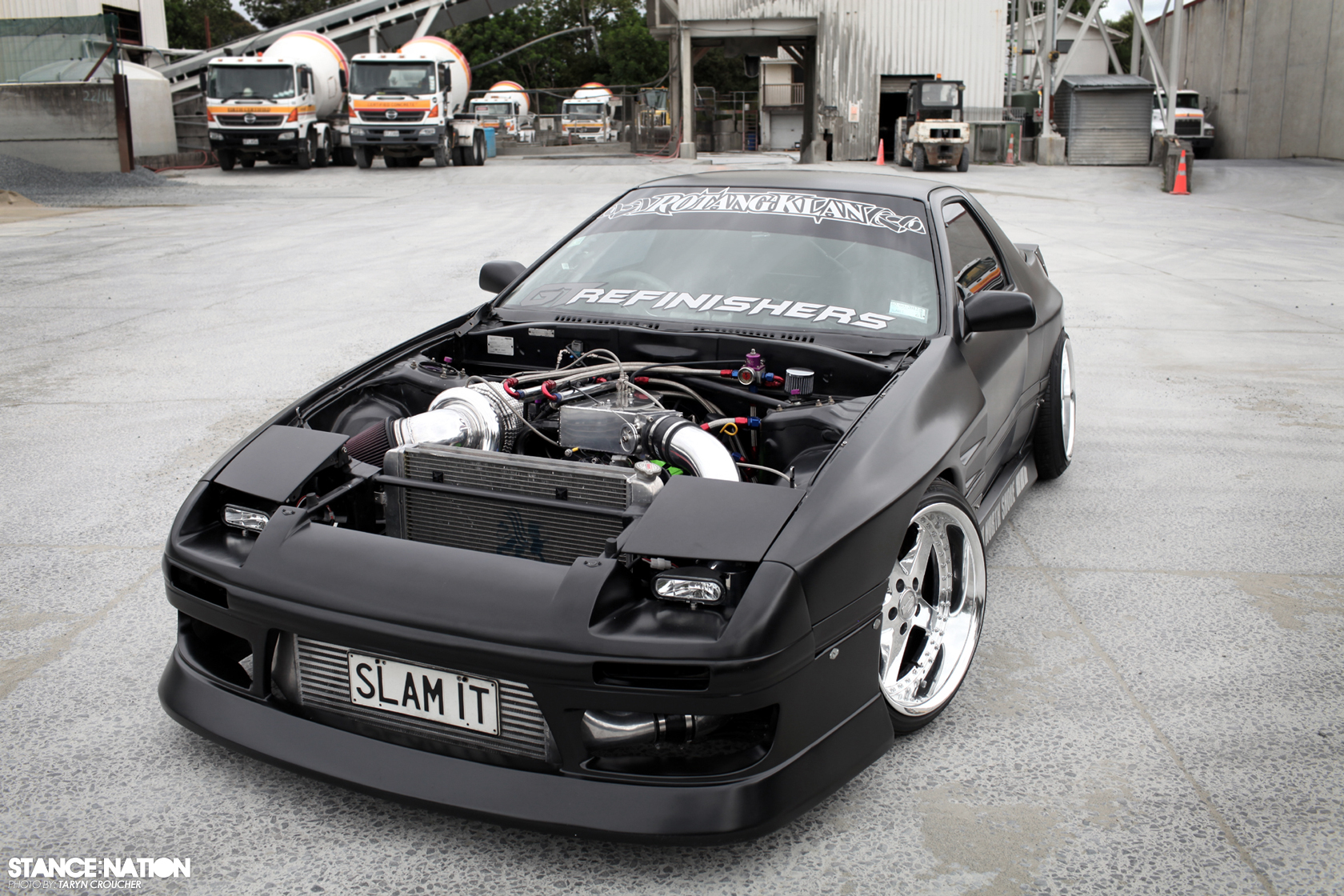