Ain’t nothing to mess with 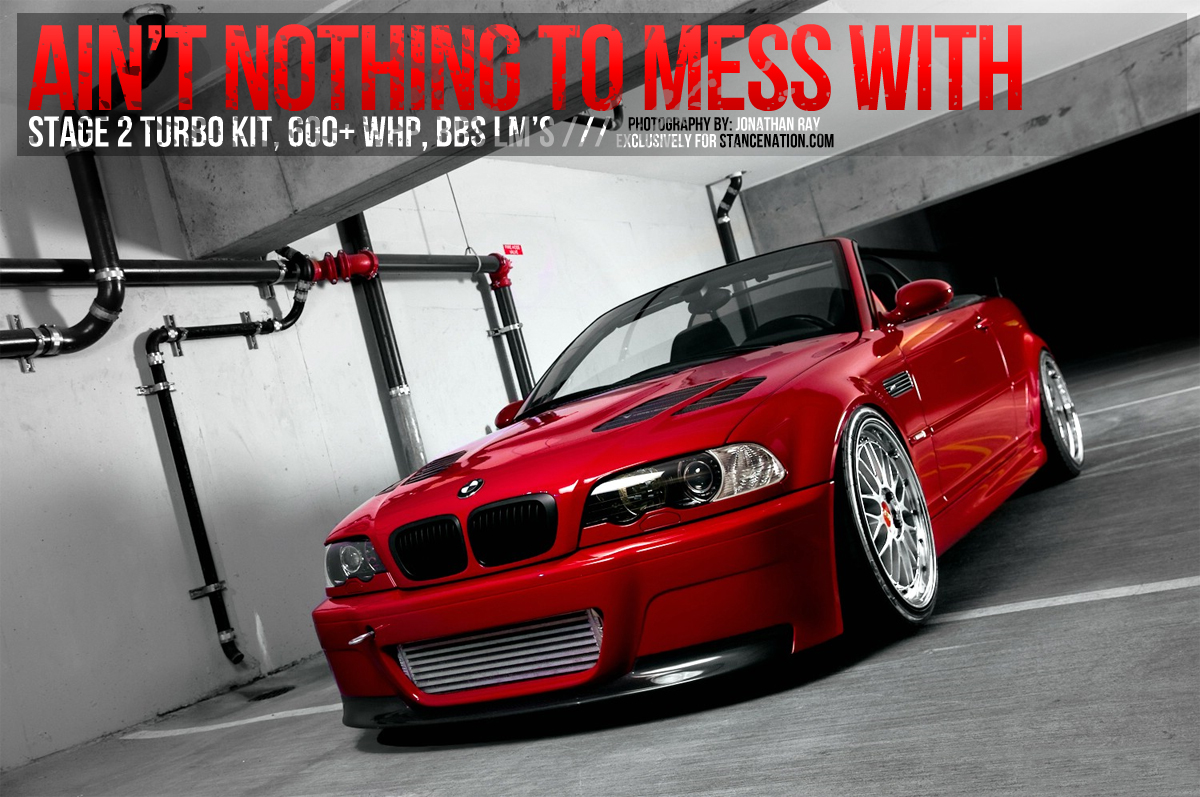 One of the most powerful cars we’ve ever featured here on Stance:Nation. Ravi, who owns this beast tells us that the car dyno’d at 612whp and 464wtq on pump + meth, and that was before the new 4″ exhaust and tune. On race fuel, he says that it should see above 670whp, but he has yet to dyno it! That’s pretty damn ridiculous, so ridiculous actually that our photographer Jonathan called us from the shoot to let us know that the 5 short minutes he spent in this car, he will remember for the rest of his life. A ton of stuff from Horsepower freaks played a big role in the car’s power, such as their stage 2 turbo kit & clutch. It’s also running a Custom 4” Straight Exhaust which sounds absolutely insane! 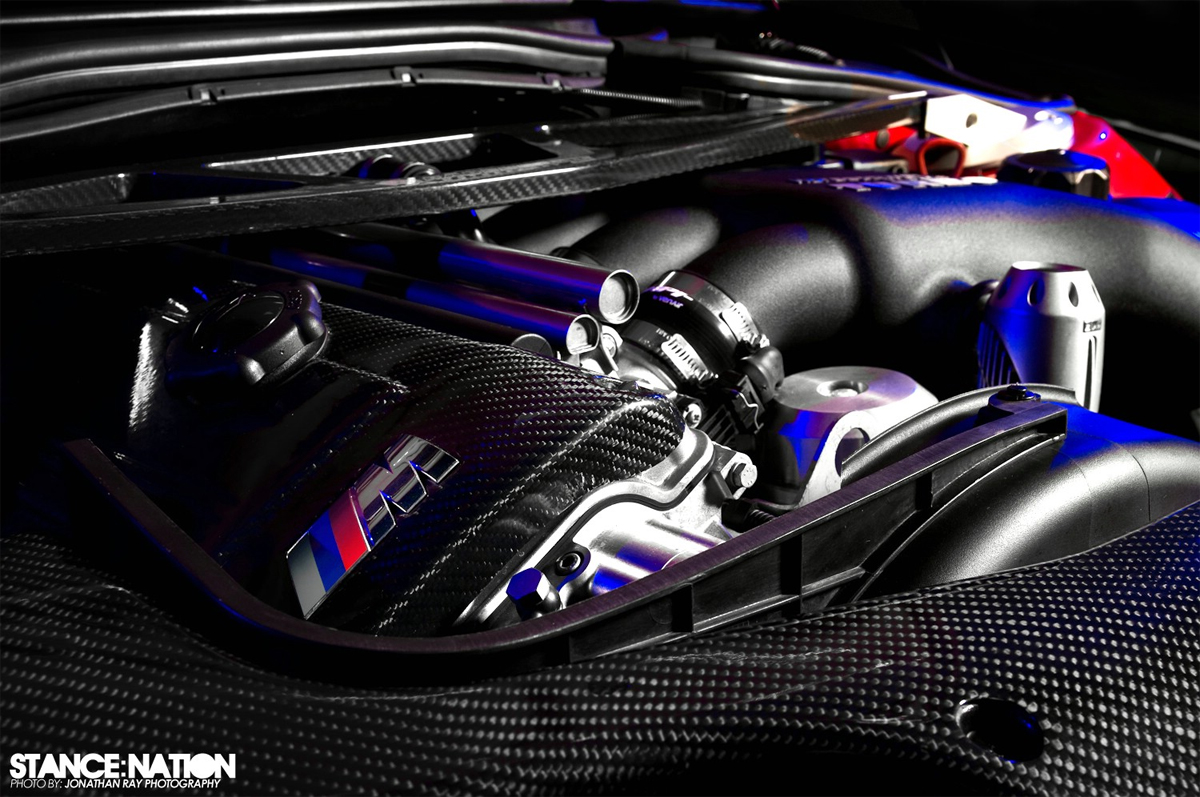 Under the hood Ravi is running some one off custom stuff, such as the crazy Tub cover. What gets us the most is that this car looks as if it just rolled off the showroom floor. It’s in pristine condition, inside, outside, and under the hood, but don’t worry, it’s driven on daily basis. As powerful and good sounding this beastly M3 is, it has the looks to go with it. We all know that with the right fitment, just about any car can look so much better. 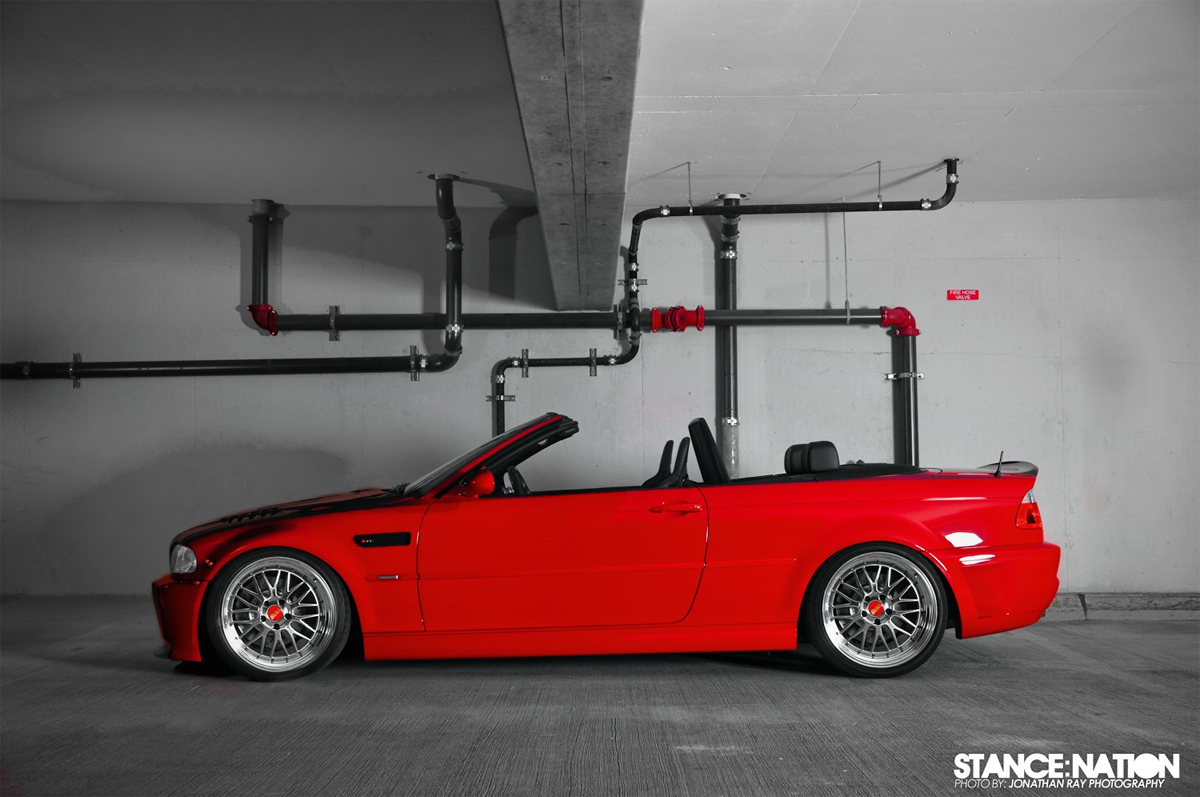 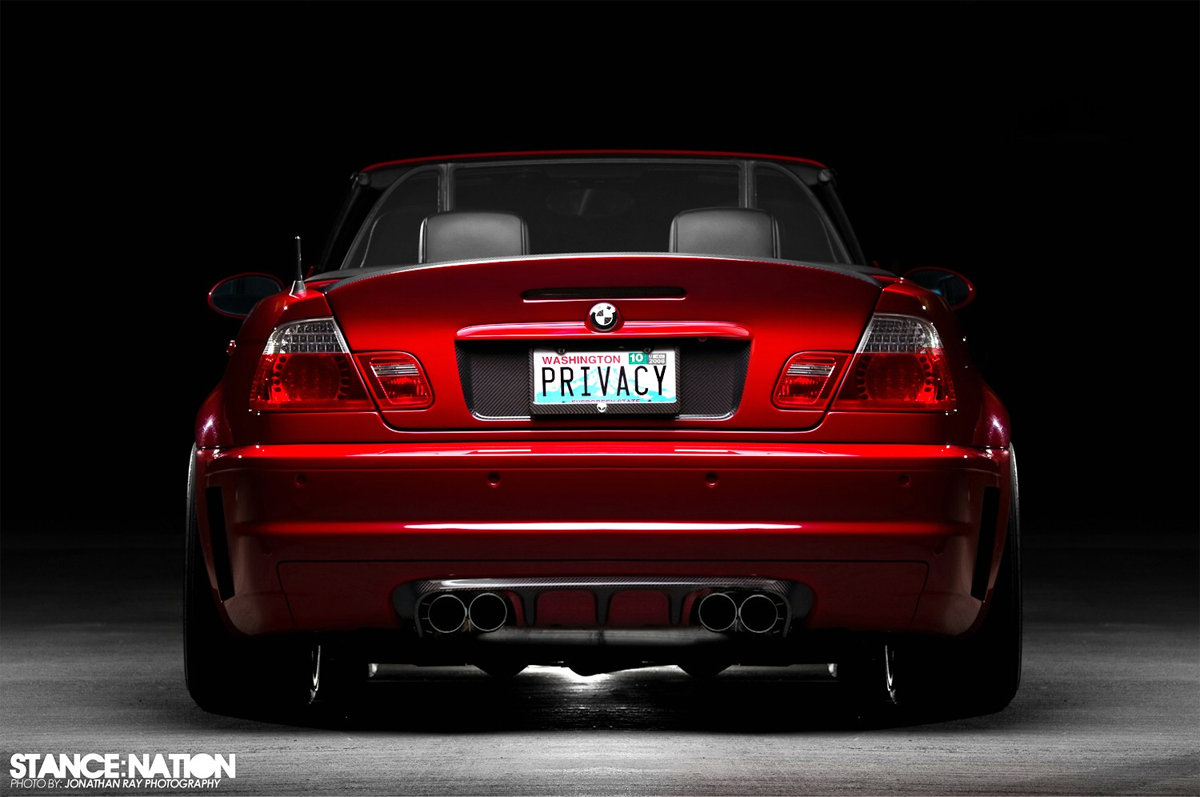 The car is sitting on 19X8.5 & 19X10 BBS LM’s, with reverse mounted faces and polished lips/faces. The wheels were also sand beaded in between spokes and since Ravi is such a perfectionist when it comes to his wheels, he went with Black Rivets and Red/Gold BBS Caps. Little things can make or break the car, so Ravi obviously went all the way out! He also decided to stick with Vorsteiner when it comes to the cosmetic appearance of his car. 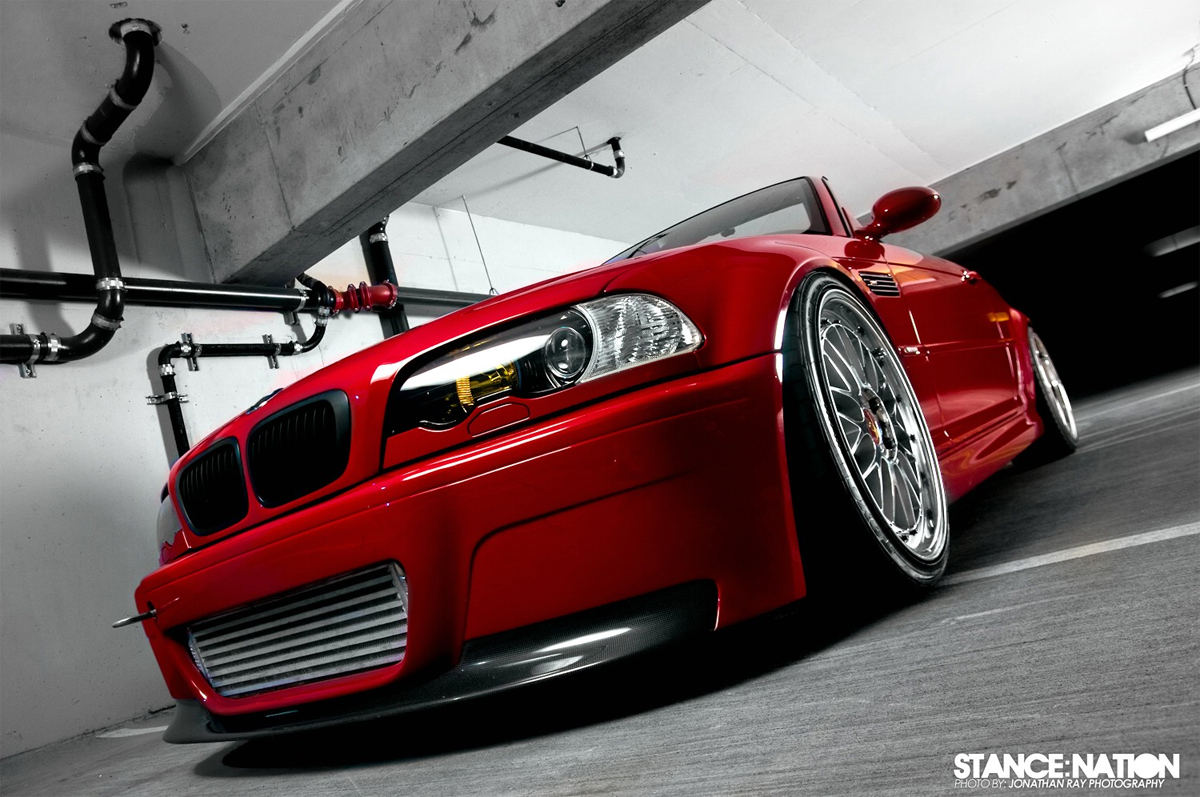 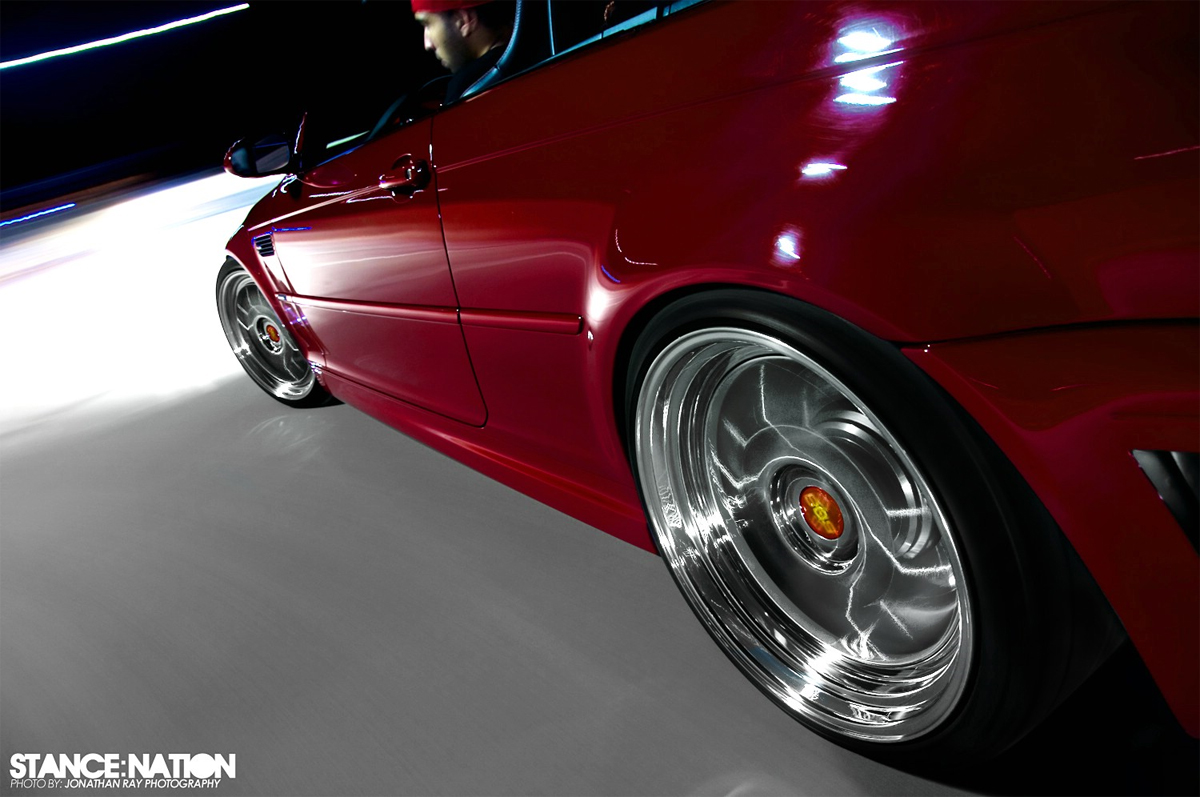 The aggressive looking GTR hood was the perfect addition to this BMW. It’s not too busy, but we’ve found ourselves checking it out several times while looking through these pictures. Up front, Ravi is also running a CSL front bumper, and as you can see the intake hole was removed completely to clear up the space for the massive IC! Along with the stained high beam bowls and gloss black headlight inner trims that you didn’t notice (unless you’re an M3 owner), Ravi finished the front off with the Vorsteiner CF lip. Looks to us like we have a huge Carbon Fiber lover, but you won’t hear us complain though, every little touch that that was done to this car was perfectly executed. To be honest though, we were a bit hesitant about the vents in the rear bumper, but they eventually grew on us. It’s definitely an acquired taste in our opinion. By the way, the rear is a custom GTR Bumper finished off with the GT3-S Rear diffuser in full carbon fiber, go figure! 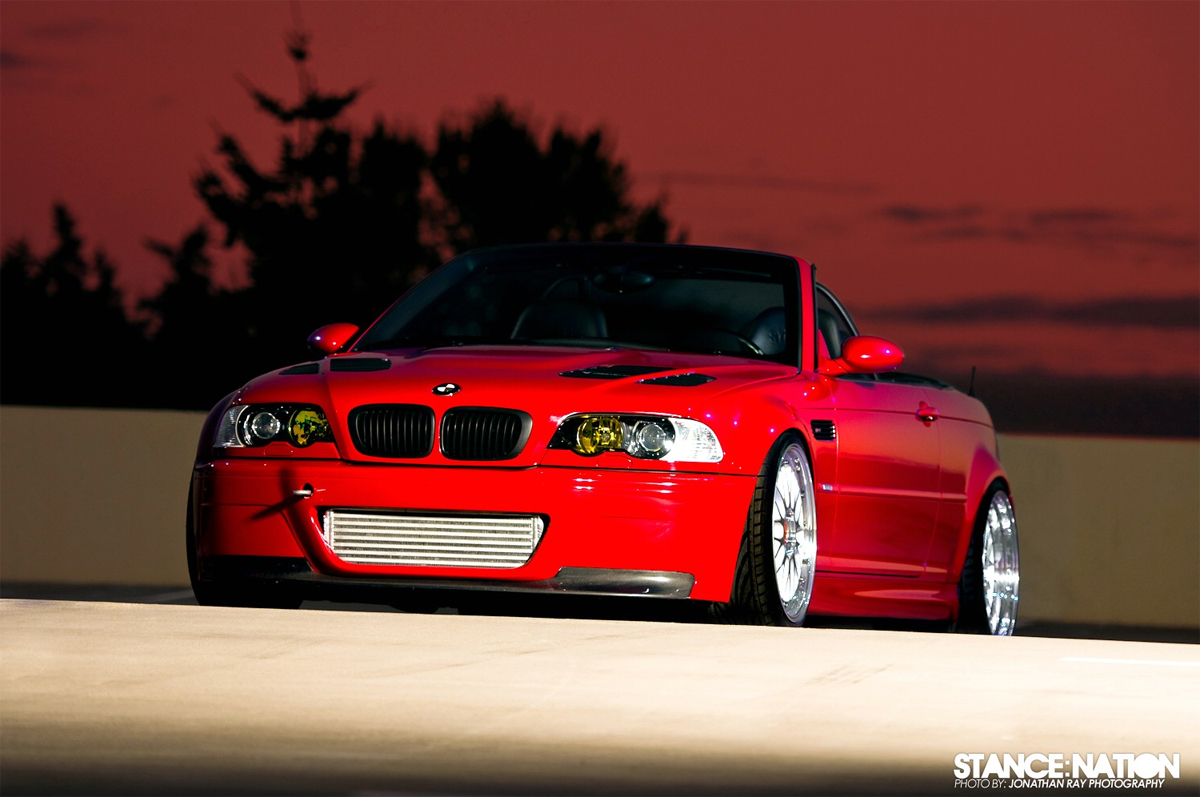 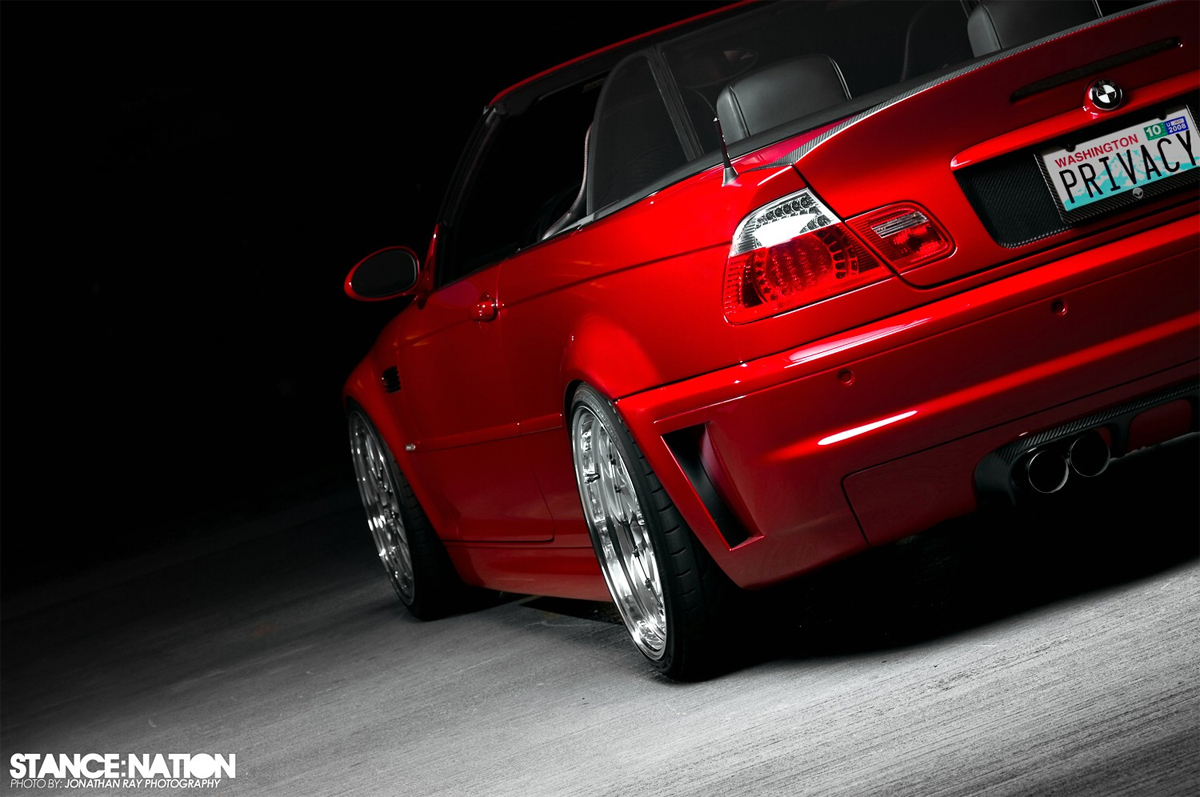 Lastly, the interior is in pristine condition, just as we mentioned earlier. Full EAS Carbon Trim with Status Ring GT Seats, in leather and CF backs. Drop the top, and ride with some serious style. We really gotta give it up to Ravi, he looks like he knows what he is doing to his car, and we’re honored to have had a chance to share it with you. Big thanks to Jonathan Ray for awesome photography as always, and if you’re in the Seattle area with a nice ride, make sure you shoot us an email! You never know, your car could be up here one of these days! Enjoy rest of the pics below! 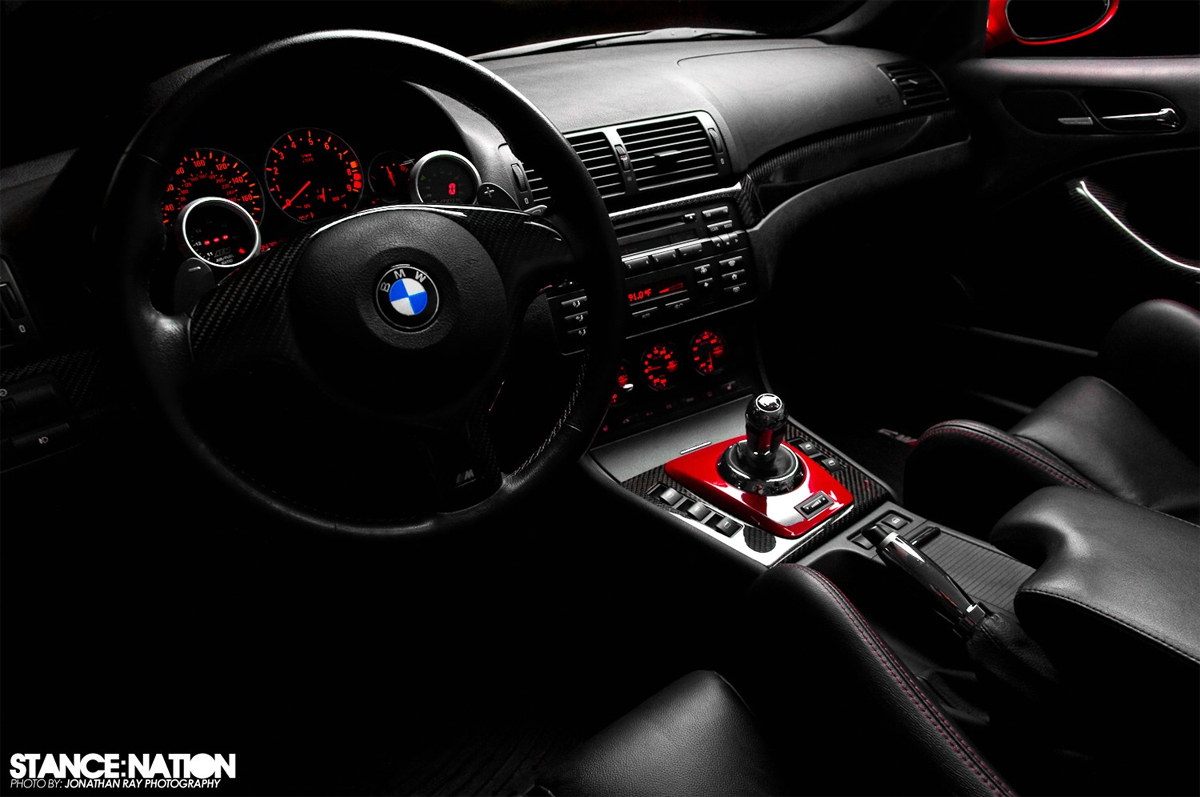 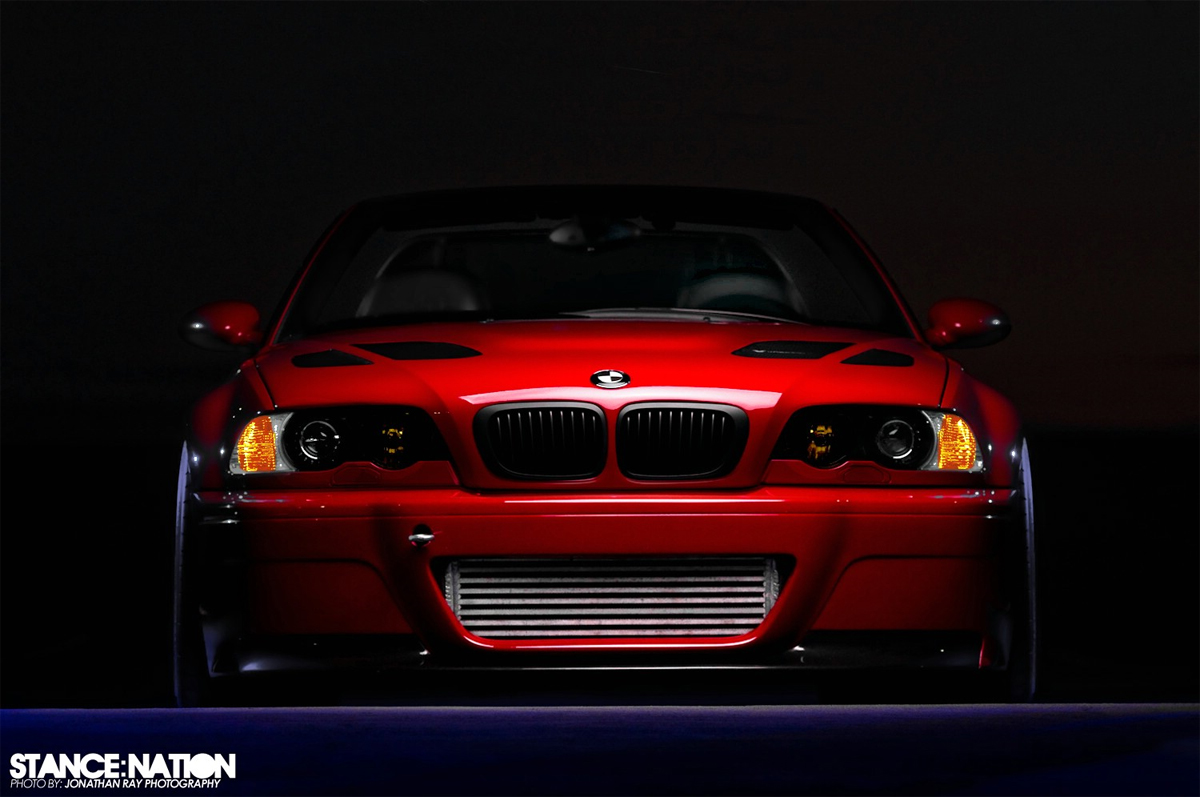 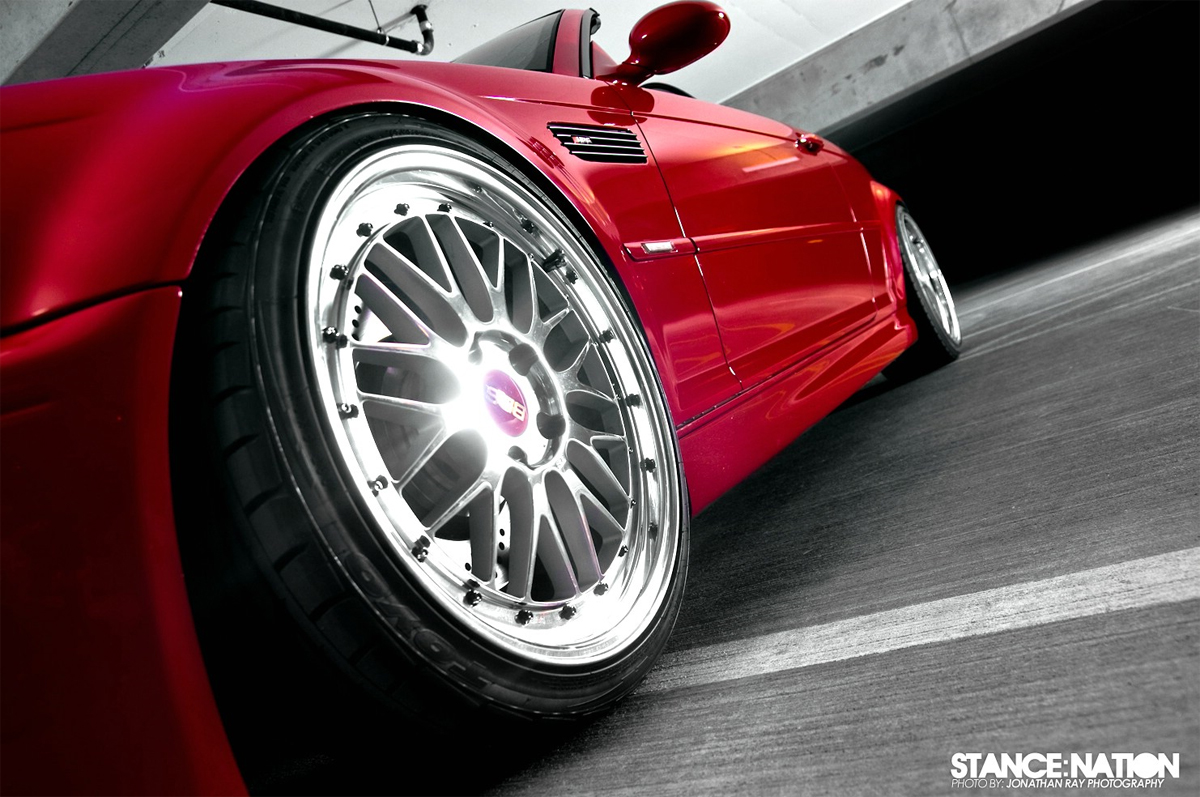 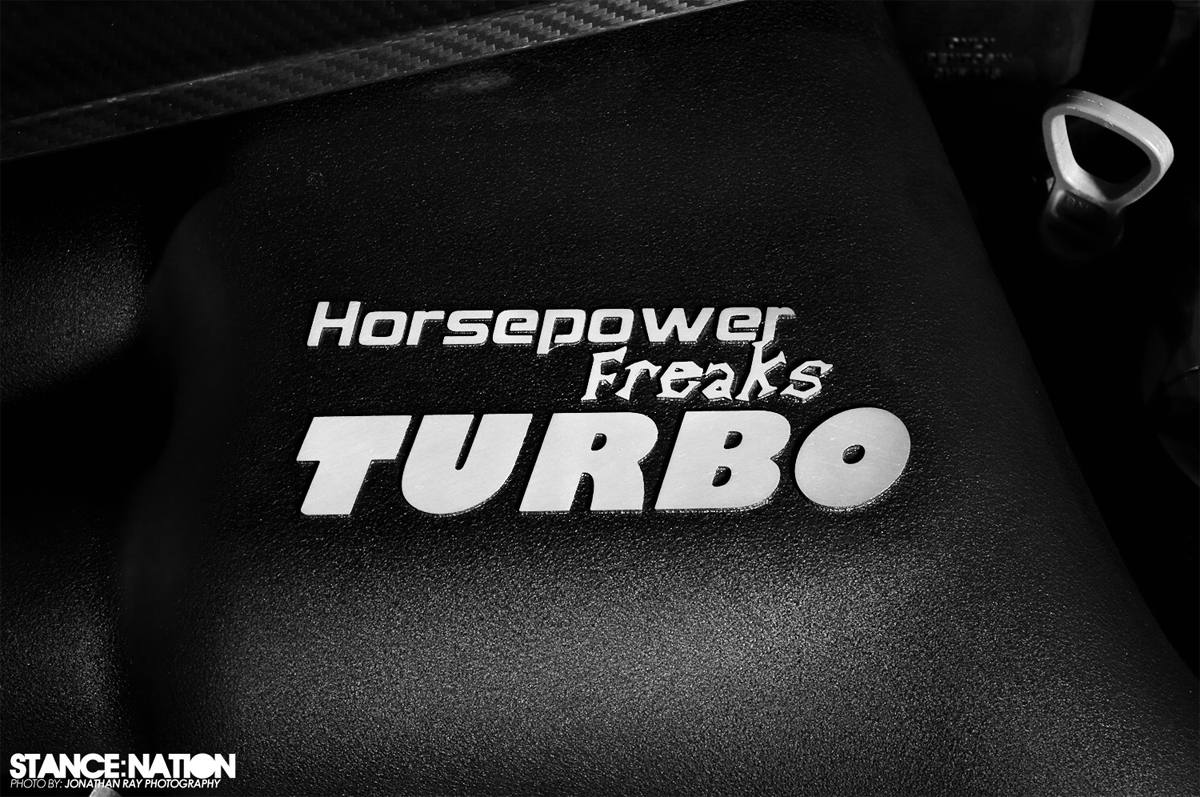 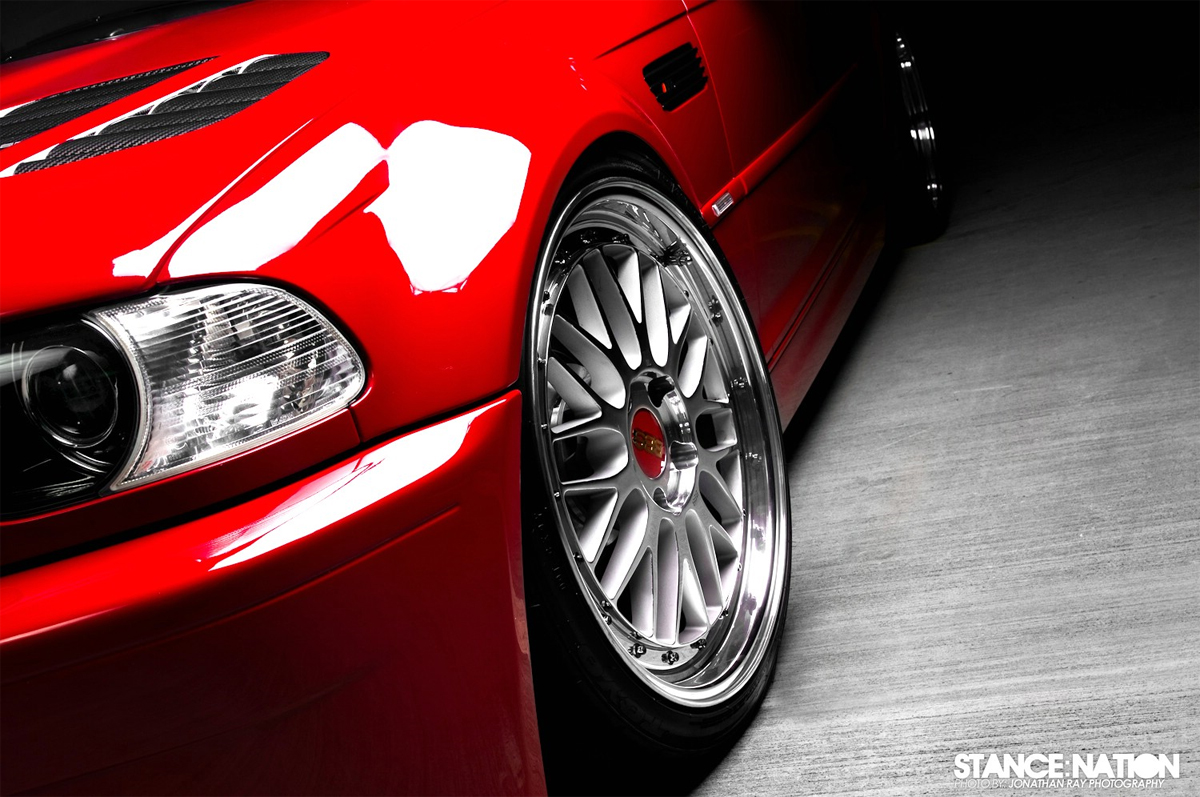