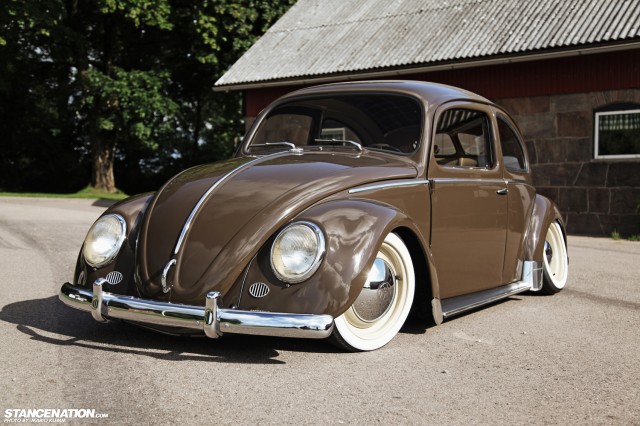 ​It’s exciting to see what car enthusiasts in other countries are building, especially since the stance scene has blown up. This 1960 type 1 Beetle is owned by Roland Zetterström and comes all the way from Sweden, and this is just one example of how clean and proper they are building cars over there. These days, many are attempting to stand out by chasing the lowest offsets, the craziest stretch, or the biggest drop; sometimes it’s easy to stand out by creating a clean classic ride that can be appreciated for its simplicity and functionality. When it comes to this Beetle, the wheels aren’t worth more than the car, it won’t dust many opponents off of the line, and it isn’t going to cause mass delays banging a necessary u-turn at a speed bump because its too low. But it will turn heads, and it will remain classy for years to come (which is more than what can be said about some cars…). 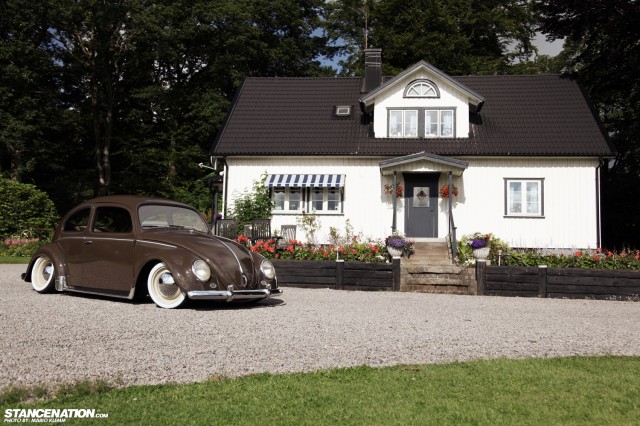 ​It is really incredible what a good drop can do for a car; Roland has supplied the beetle with adjustable front beam and cut three notches out of the back in order to get it sitting just right. Tucked under those wheel arches are the stock 15” steelies with OEM hubcaps and whitewalls, the rears having been widened to 8” sporting a set of 195/50/15, and the fronts tucking a set of 110/70/15. The rest of the exterior was cleaned up with all new chrome, a set of heart taillights, and a Texas Brown paint job. 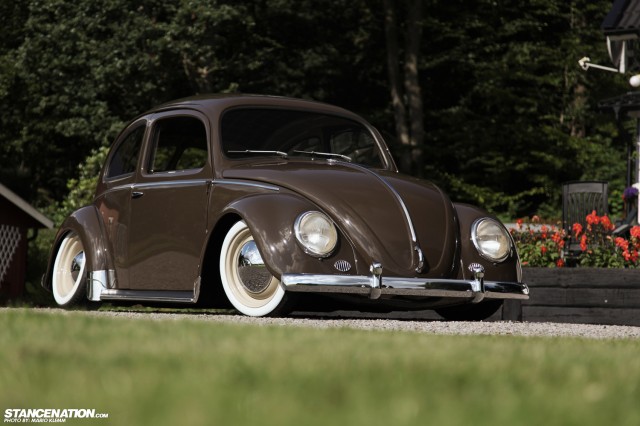 ​Under the hood sits a 1600cc aircooled engine and gearbox, paired with racing engine mounts, pumping out a modest 50hp and 55ftlbs of torque. No need for big horsepower numbers here to push the beetle around; low and slow is a tried and tested method of aircooled Volkswagen tuning. 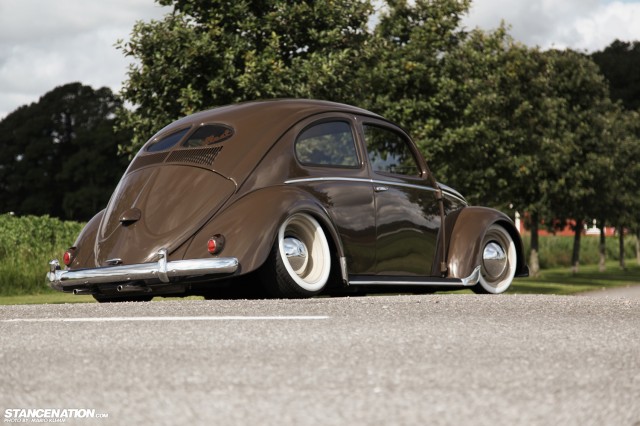 ​The interior of this beetle continues on the theme of simplicity, and was refinished with the original OEM design intact. There is nothing unnecessary in the cabin of this bug, the interior carries on the classic simplicity that the exterior does; it looks just the way it would have if it were done up in the 60’s. The seats, rear parcel shelf, and door cards have all been retrimmed in brown leather with plaid accents, and although the interior looks like it lacks a modern sound system, Roland has hidden all of the stereo components in order to retain the vintage feel. Tucked away under the parcel shelf are two 10” subwoofers, and speakers hidden in the footwells and under the dashboard, all being powered by a cd deck mounted in the glovebox – all the amenities of a modern sound system, without ruining the oldschool feel. 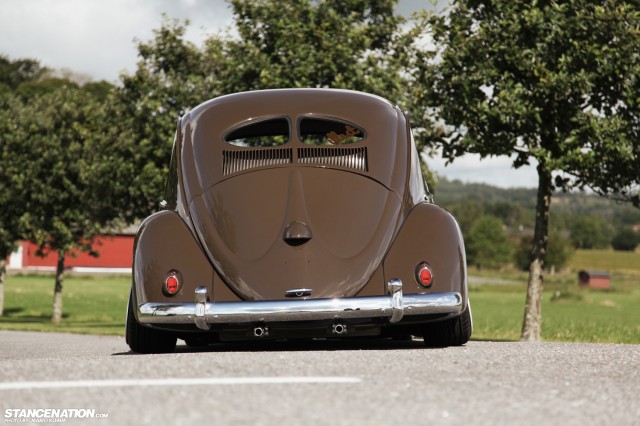 ​It may not be the fastest thing on the road, it may not be the lowest, and the wheels don’t come with a four-figure price tag, but it does have character; which is more than what can be said about a lot of cars out there today. It takes hard work to create a vehicle that does not cater to the masses, and by that I mean putting in the effort to build something that does not simply follow the trends. This classically modified beetle can, and will withstand the test of time, Roland could take this bug to any show from the 60s until today, and it would still get respect; and that right there is the recipe for a good build. 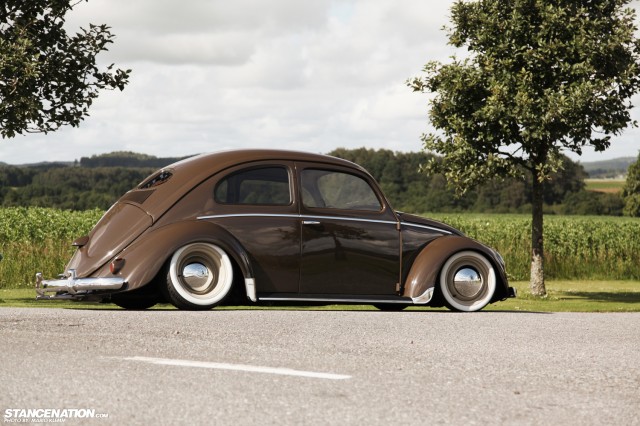 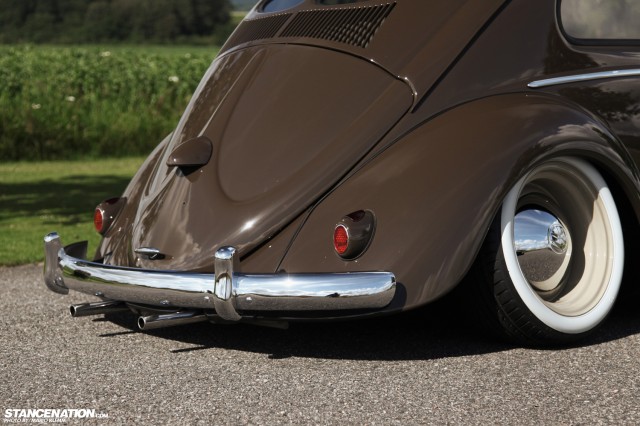 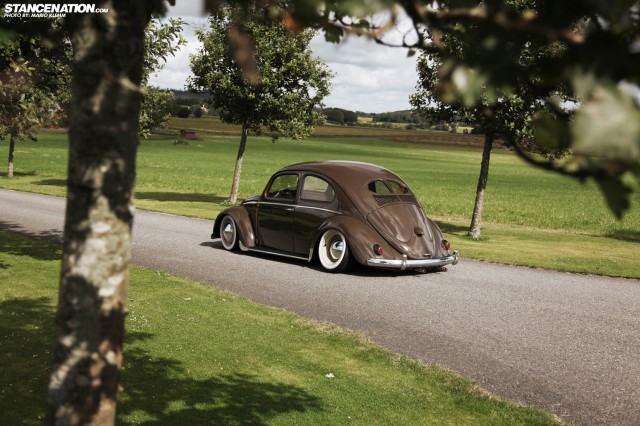 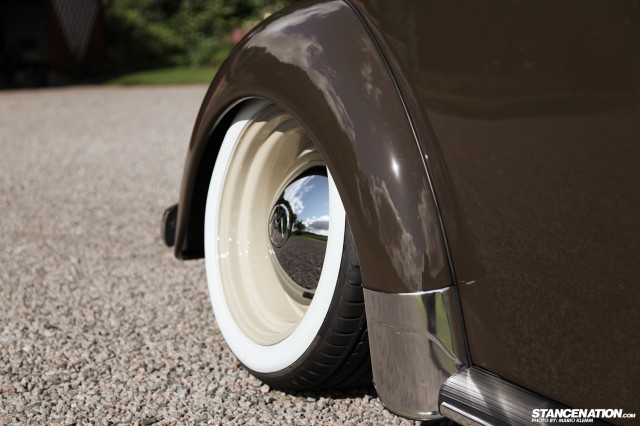 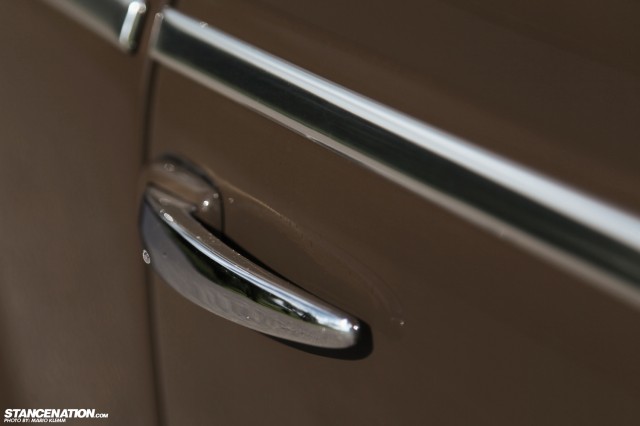 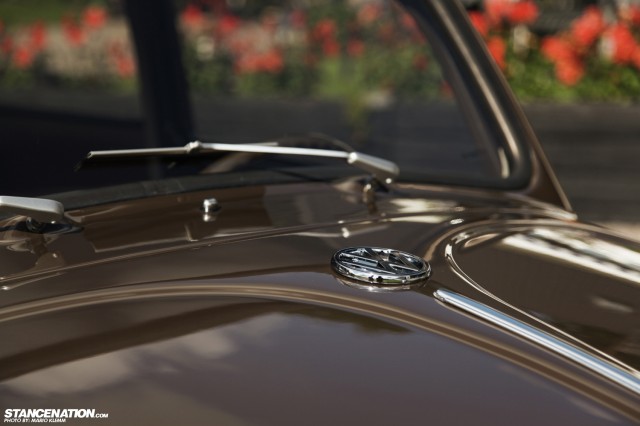 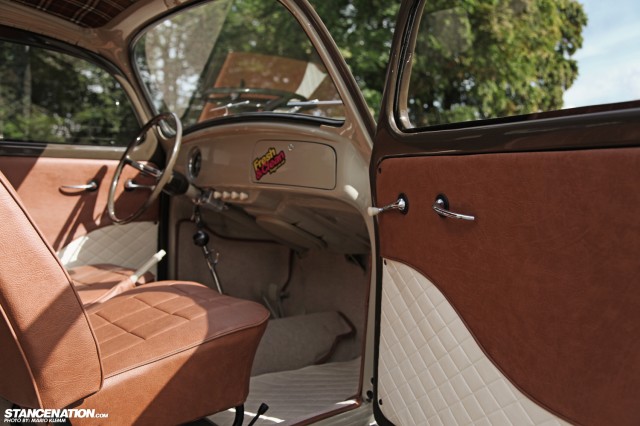 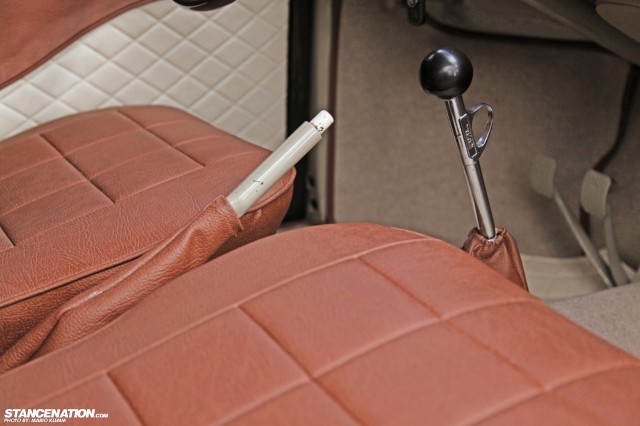 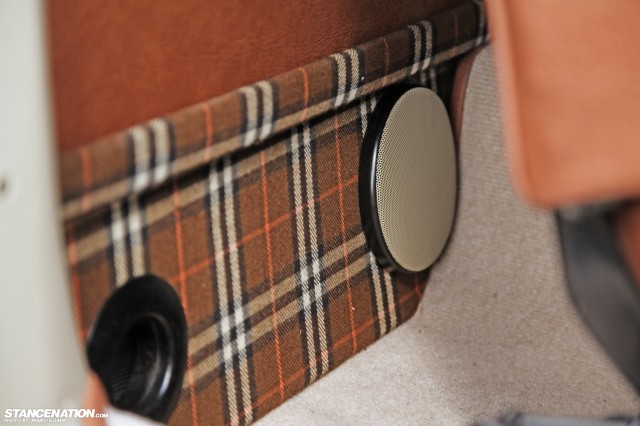