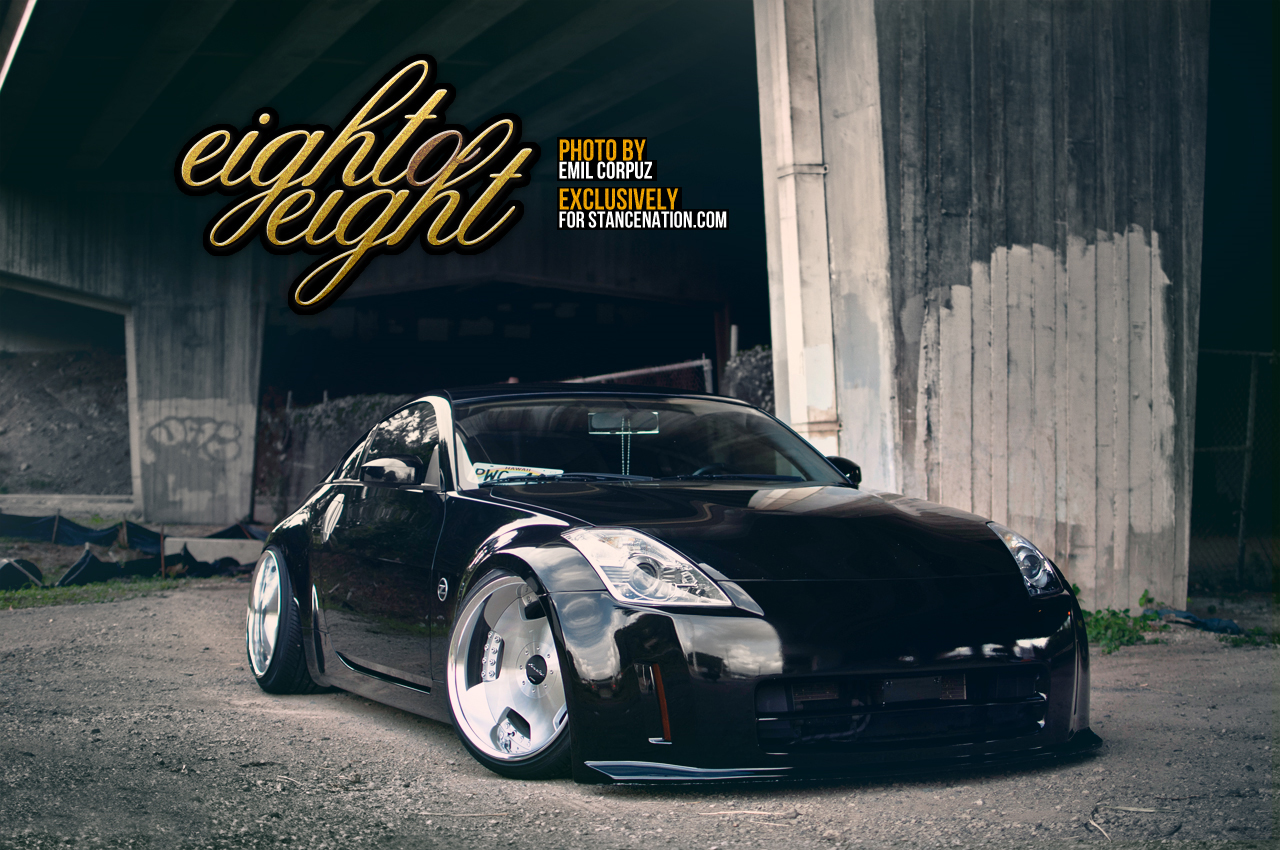 Let’s start the week off right, what do you say? Today we’ll be showcasing an incredible Nissan 350Z from the great islands of Hawaii. Lucky (owners name) purchased this Z brand spanking new just a couple of years ago, and until recently it was relatively stock. With the awesome powers of internet, Lucky started surfing the Z forums where he first got a glimpse of well fitted Z’s such as Milt’s and Edafe’s, just to name a couple. That’s how things started, and this is where they are at now. 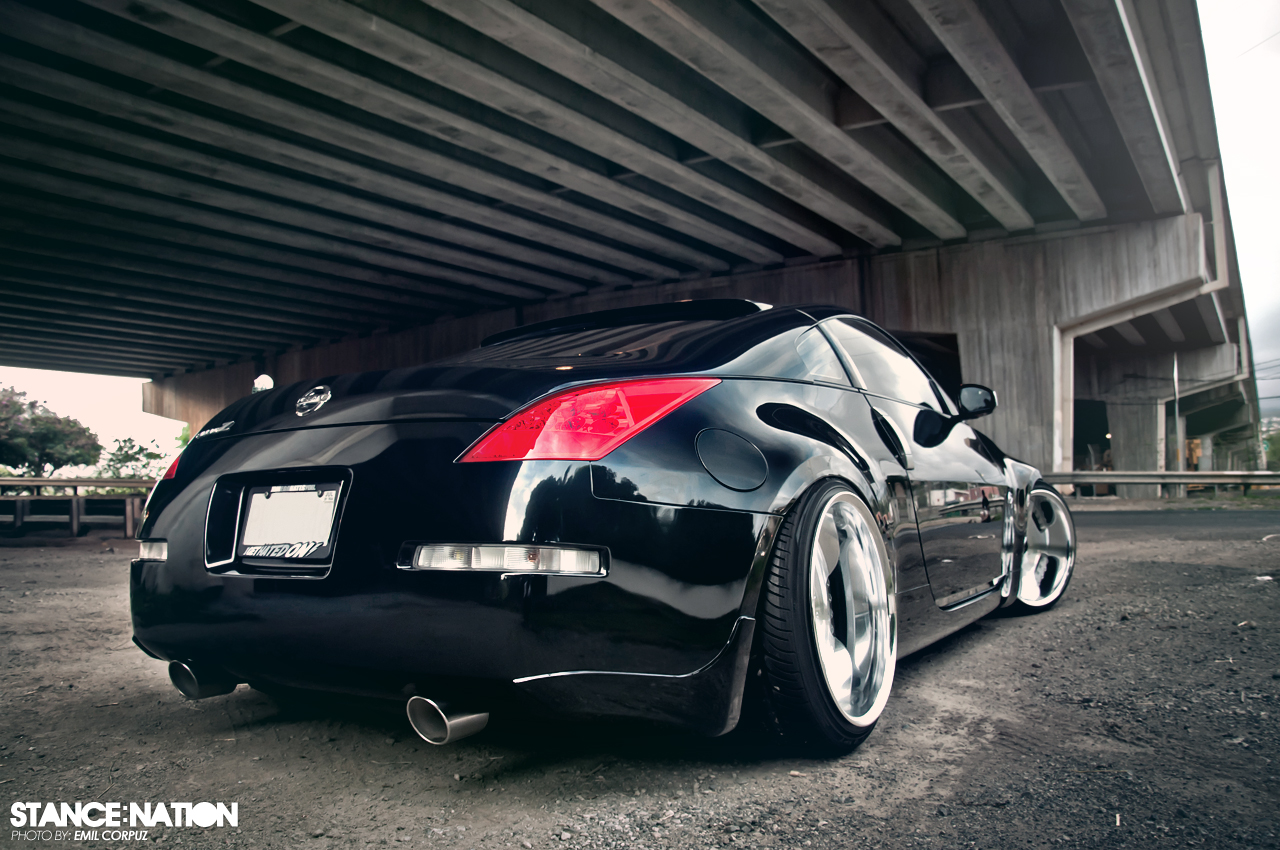 Believe it or not, this is Lucky’s daily driver. You’re thinking it’s bagged right? Nope, the stance you see here is static on Stance Gr+ Coilovers. We’re willing to bet that the Aerosync N-Style front bumper takes a serious beating but if you wanna play, you gotta pay. The thing that sticks out the most about this car besides how insanely low it is are those super wide Work Eurolines it’s sitting on. The fronts are 5 inches wide and the rears are 7 inches wide. It’s not the first time we’ve seen such huge lips on a Z before, but every time we do, it makes us say “Damn!“. 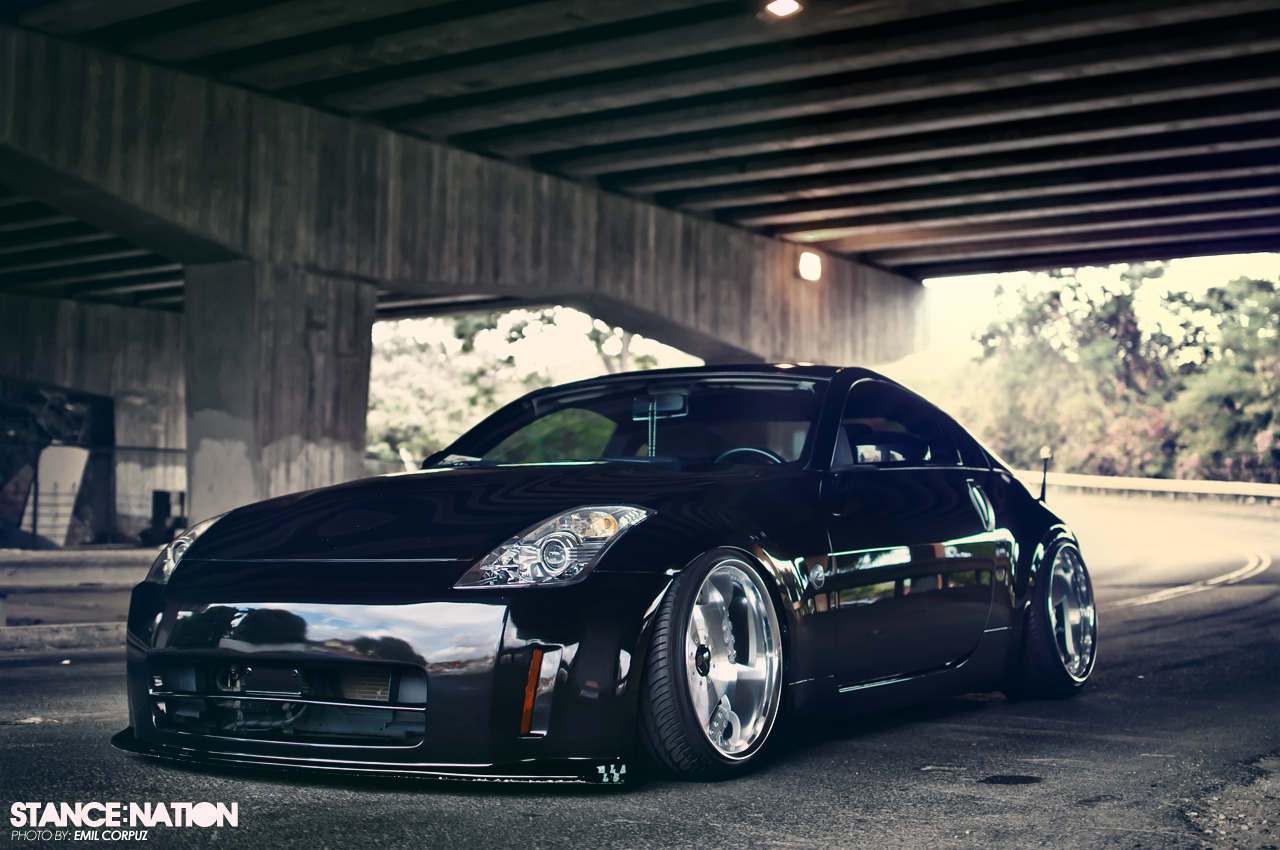 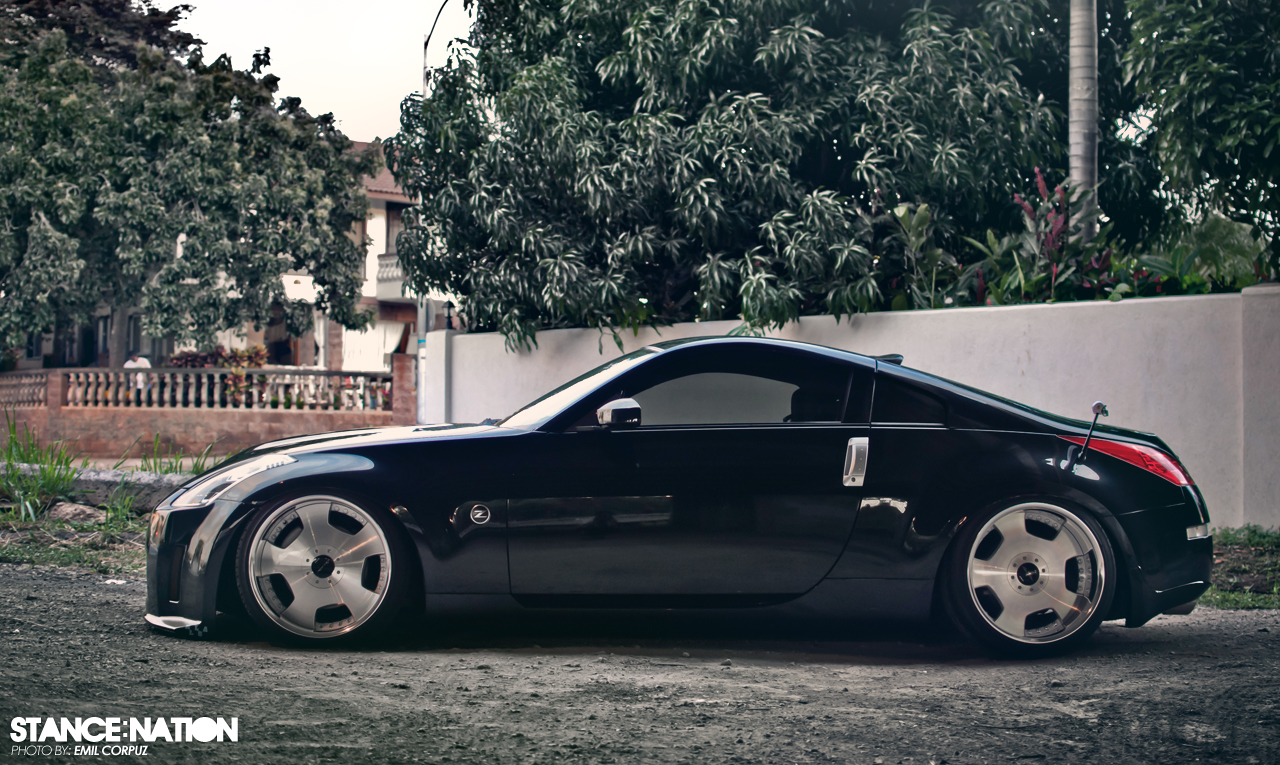 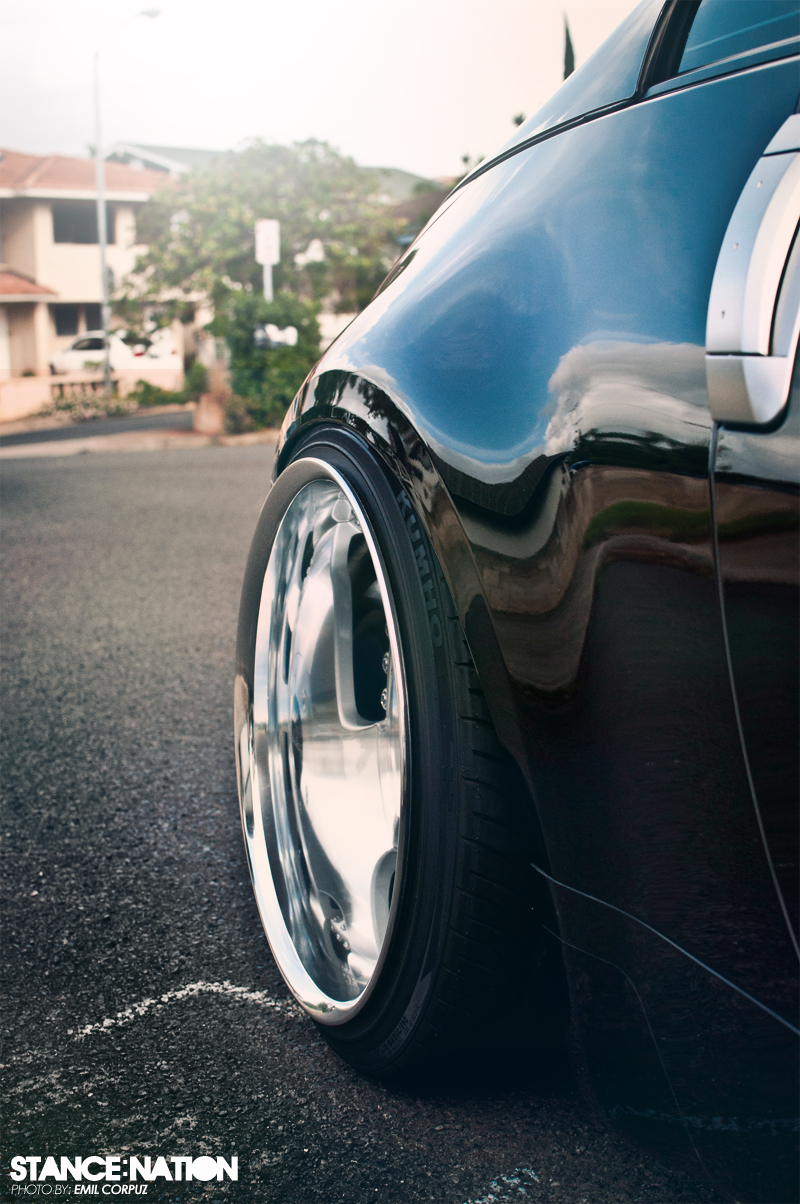 There is literally less than an inch of clearance between the front bumper and the ground. Seeing 350Z’s and G35’s sitting this low isn’t really anything new you may argue, but it certainly takes balls and gets our respect. It is simply mind blowing to think that these guys ride this low on daily basis! 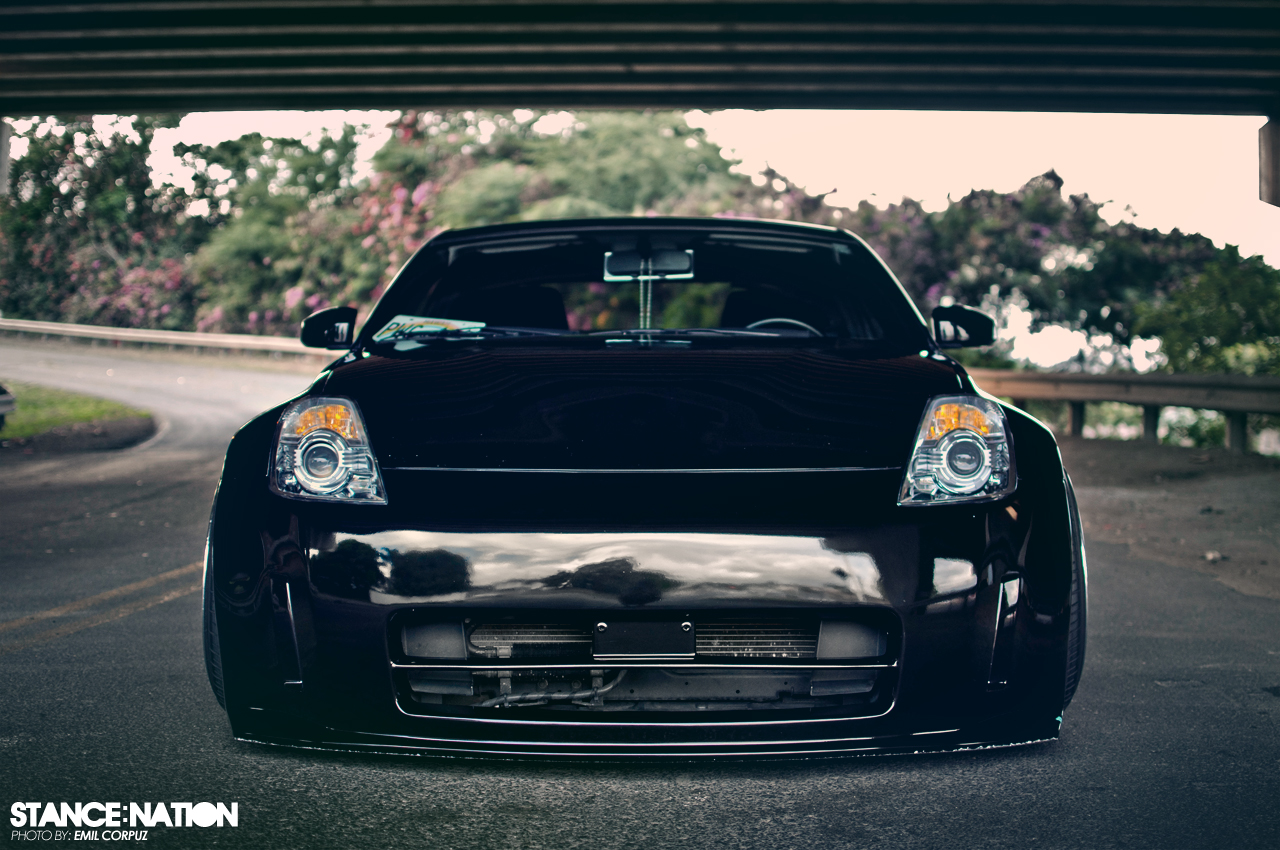 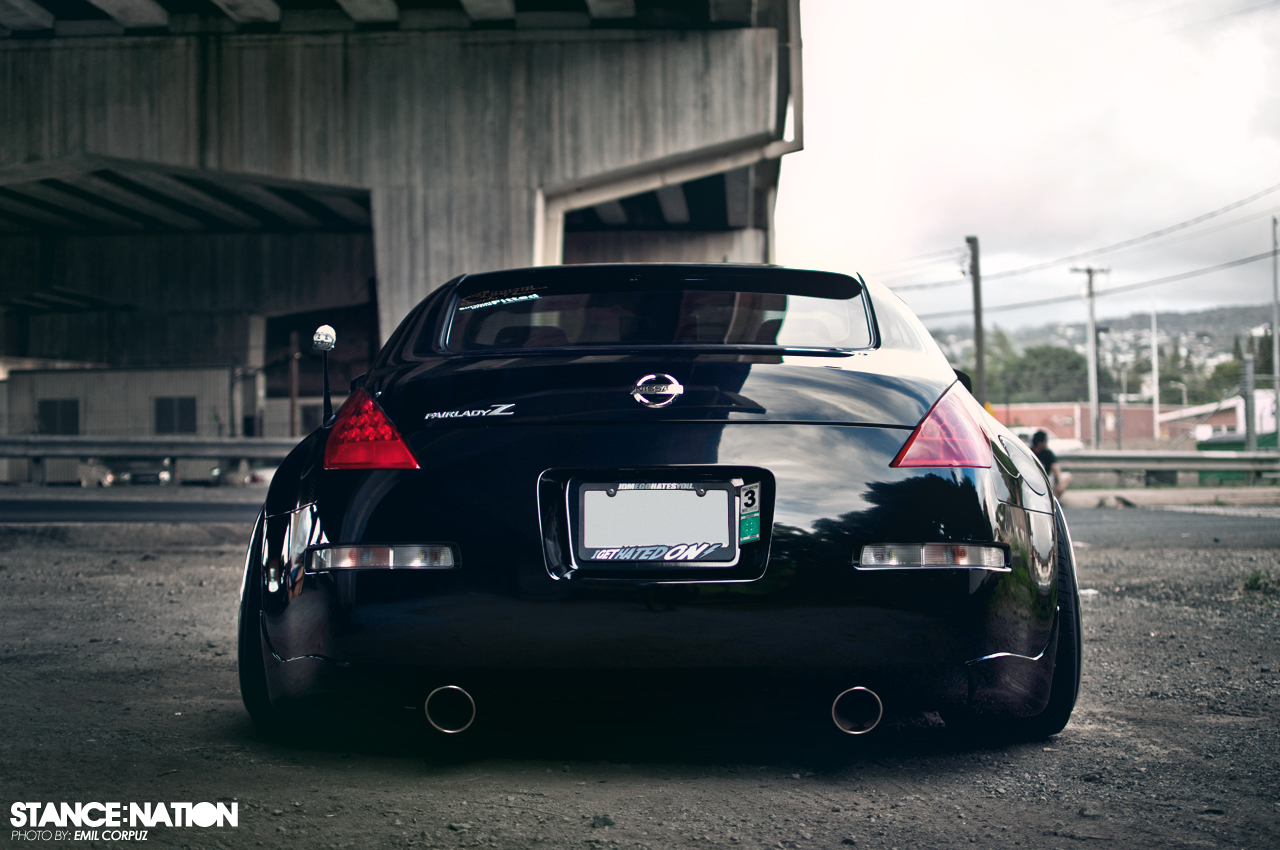 Lucky wanted to give a big shout out to Team Mansu from Hawaii as well as his friend Raymond who helped him out. The biggest thank you however goes out to all the Z guys who inspired Lucky to get in this “aggressive fitment” scene because without them you wouldn’t be sitting here reading this and looking at this incredible car. Let’s hope that this car will inspire others to do the same, and even better! 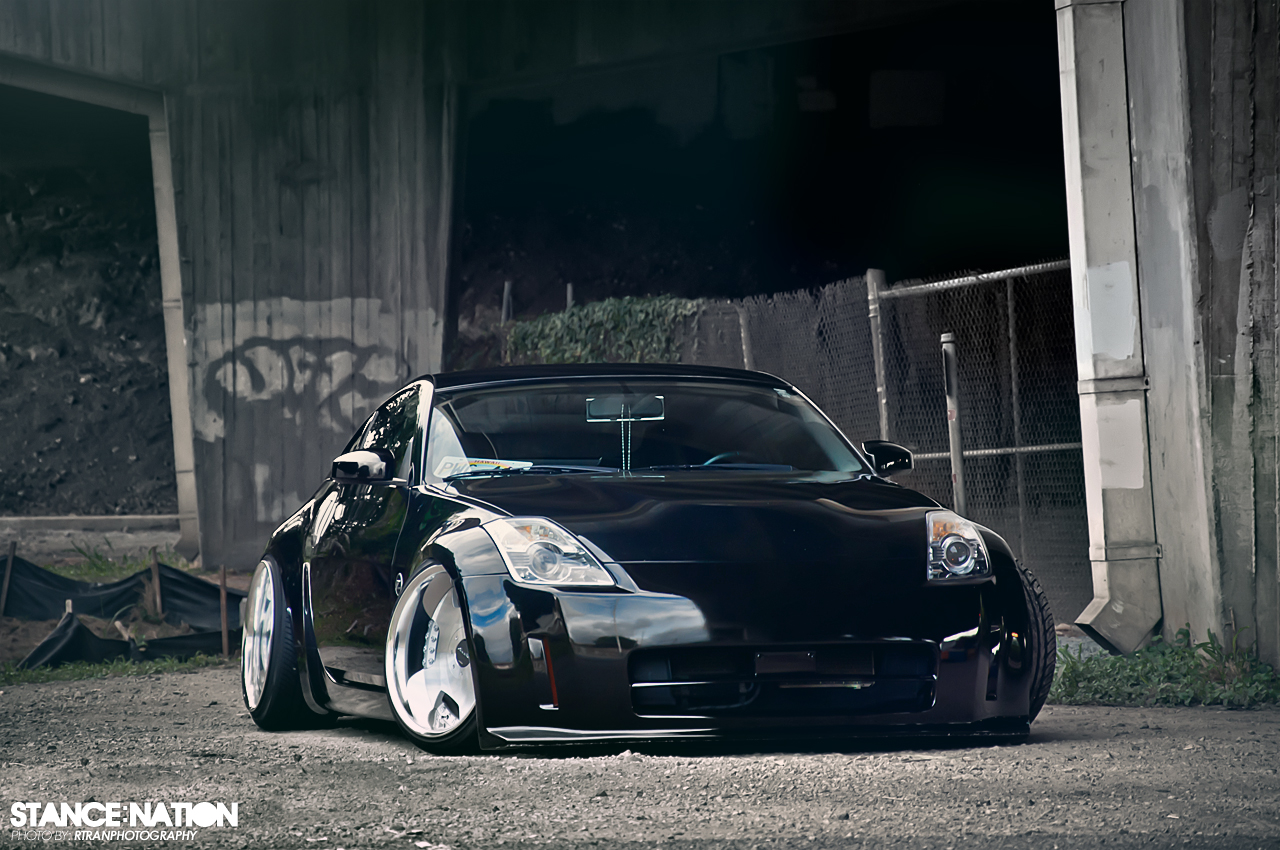 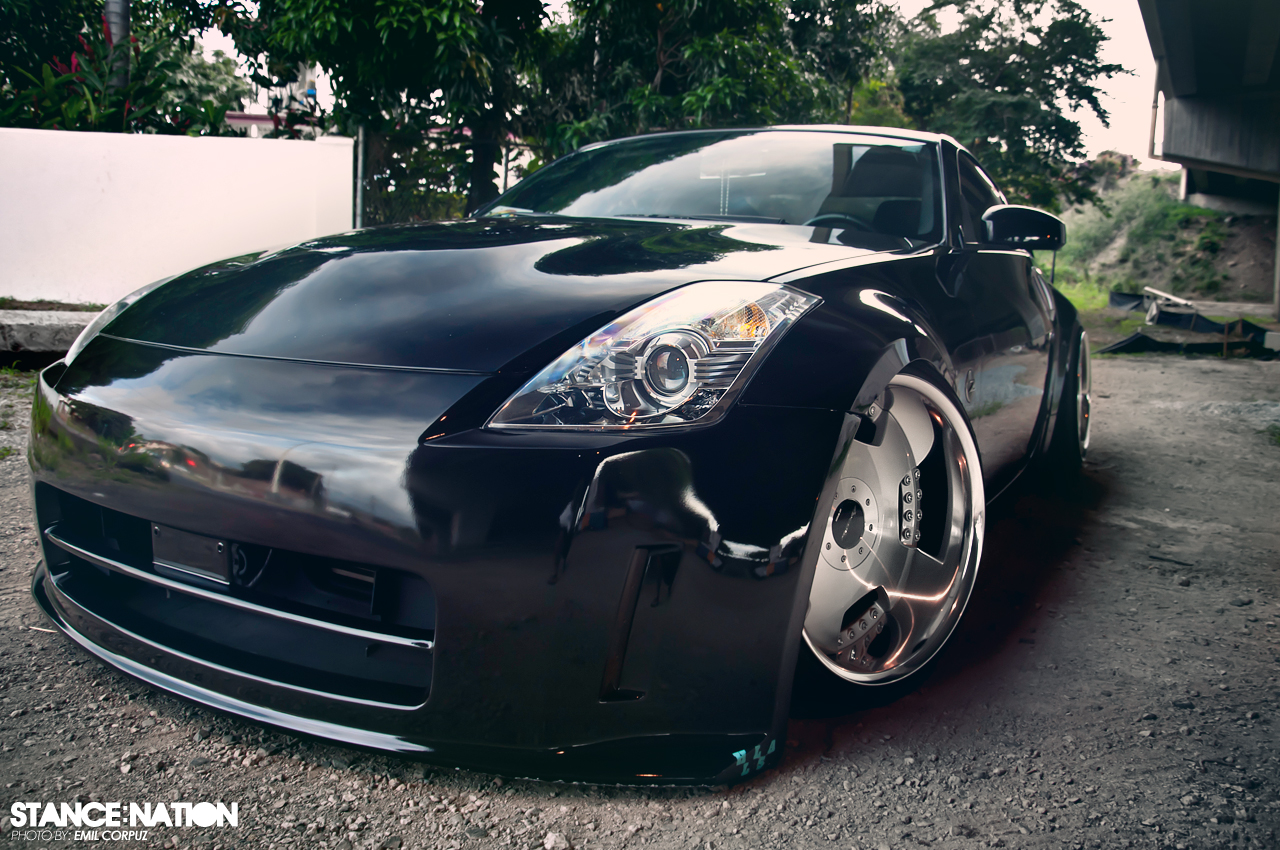 We’ll leave you with a few more pictures, but for a full set please check out our Flickr page. We would like to thank our photographer Emil Corpuz from the 808 as well as Lucky. Be on the lookout for some more dope rides coming to you from Hawaii and make sure you shoot us an email if you think your car deserves the spotlight! Our incredibly talented photographers are all over the states! 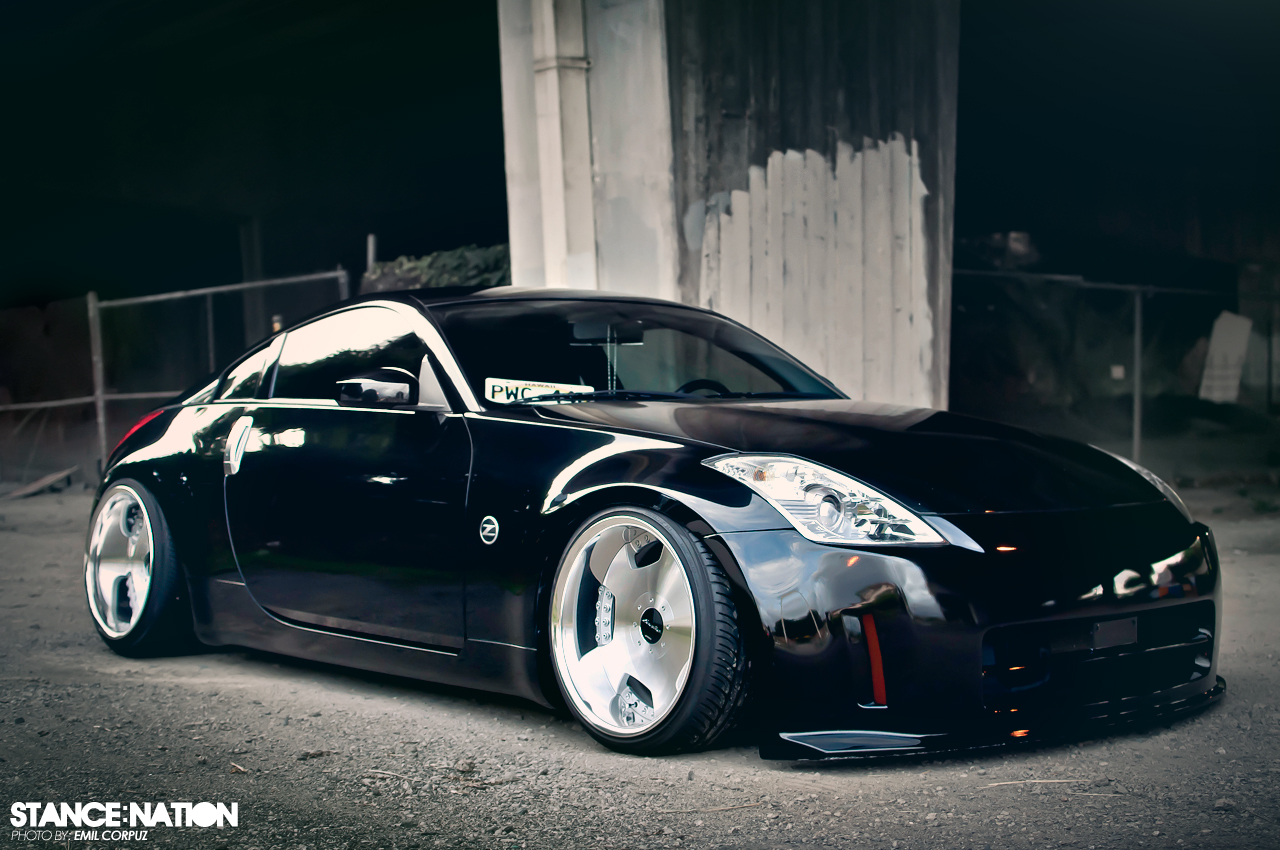 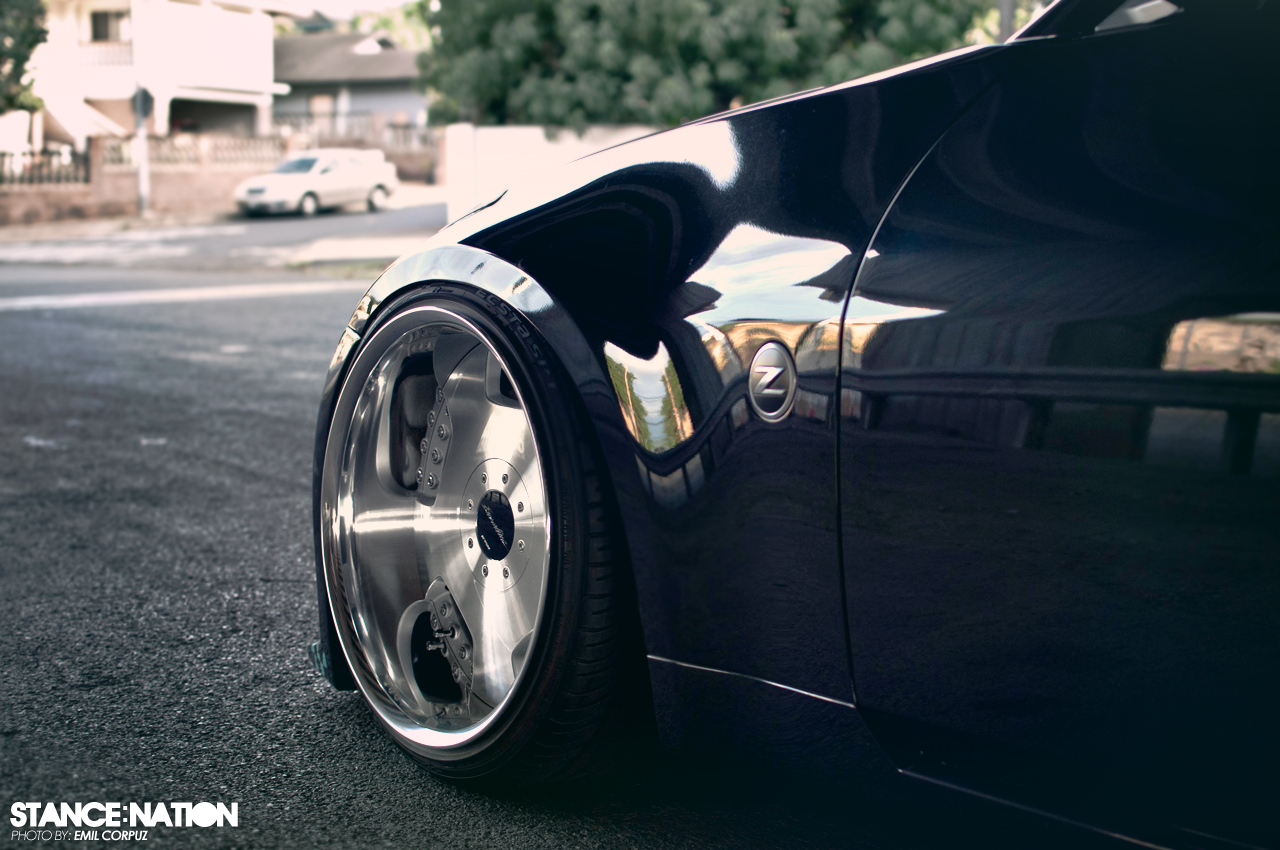 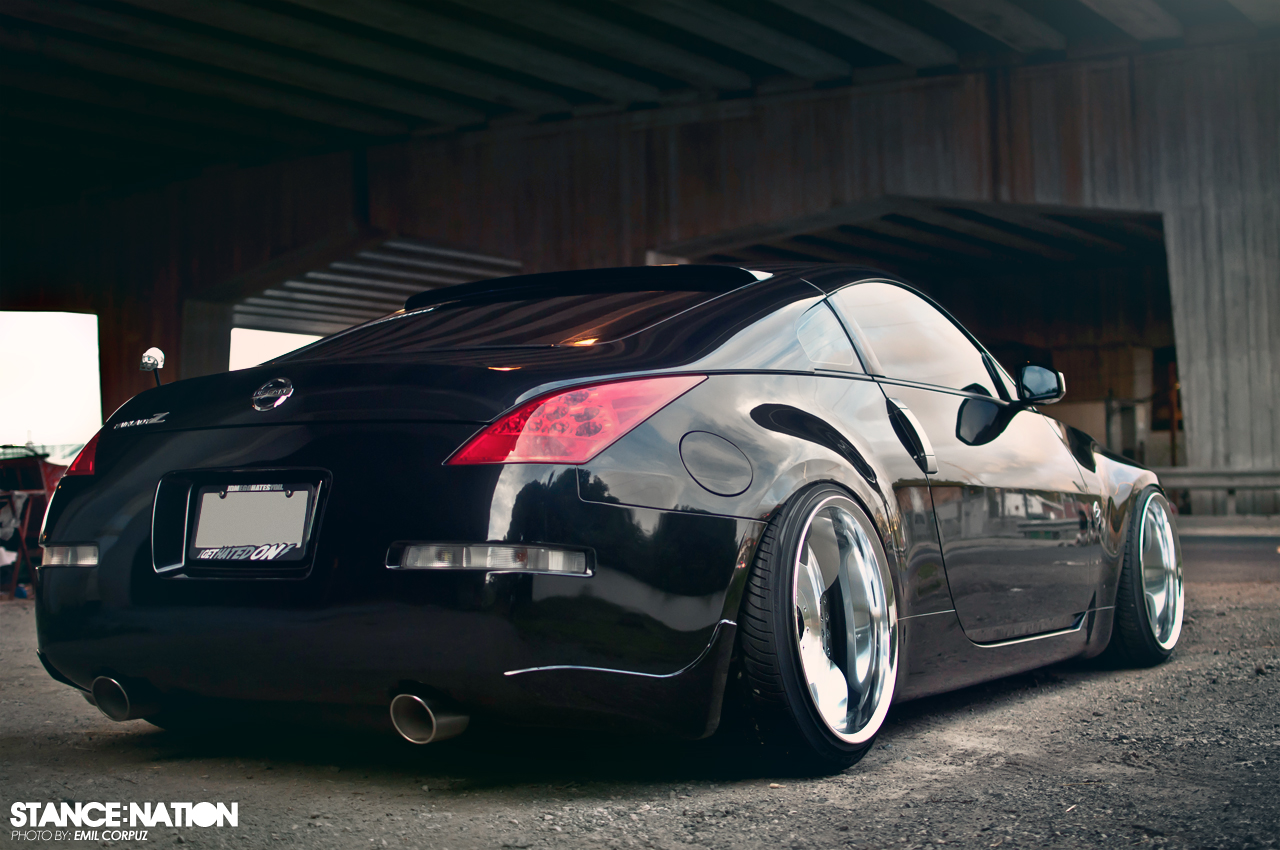