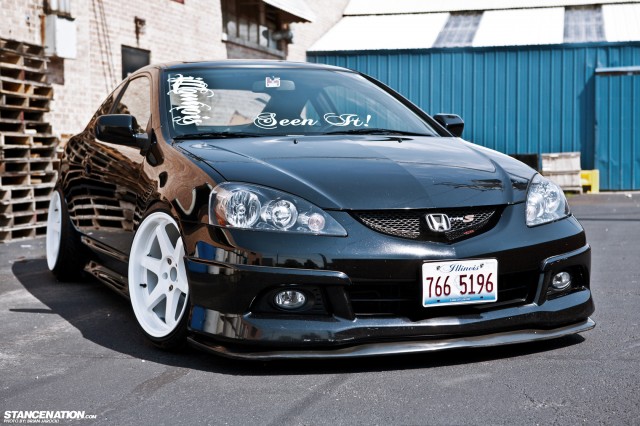 Change is a powerful, constant force yet we tend to only take notice of it on occasion.  It is present in all of us, perpetually altering the course of our lives and of course our cars reflect that change in ourselves.  Sometimes, the cars evolve to the extremes and other times they simply adjust to fit our personal tastes and needs.  Regardless of the time it takes to reach an end-point (if there is such a thing) or how much further a project has to go, it’s always nice to watch the process unfold. 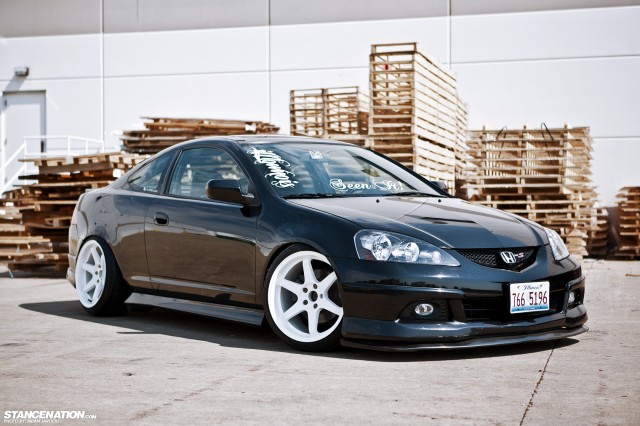 The Honda/Acura Integra itself has experienced a lot of change since its introduction in the 80’s, even undergoing a name update stateside to ‘RSX’ before being phased out of the lineup.  I like the RSX, as I have always enjoyed its predecessors.  The DC5 carried forth the fun, sporty personality of the DA and DC generations into Acura’s own transformation as it moved to becoming a predominately luxury brand.

Juan Tamayo’s ’05 RSX-S is a super clean example and has experienced its share of changes under his ownership.  He was caught up in the allure of the stance/fitment genre of the scene about 5 years ago and thus has changed up the wheels a few times, each set becoming more aggressive than the last.  Despite a brief venture into the car audio field, Juan has remained focused on fitting his car exactly how he wanted.  It began with a set of Rota Torques which were retired for a set of 5Zigen FN01R-Cs.  Juan tells us that he wasn’t happy with the way the tires looked on these 2 setups, that issue ultimately led him to the current wheels – Varrstoen 2.2.1s. 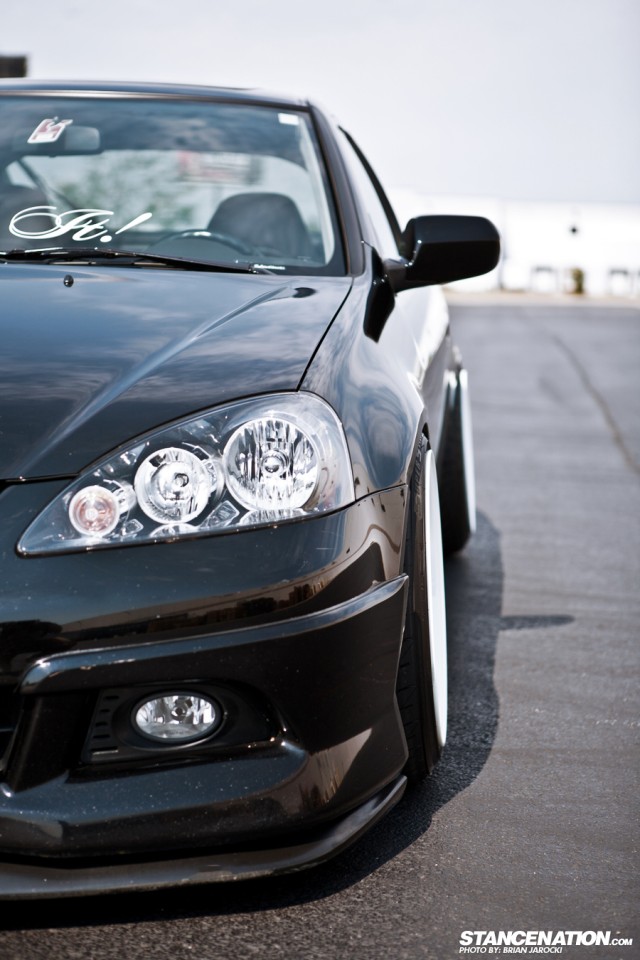 Tamayo’s girlfriend assisted in solving the tire situation, purchasing him the 215/40/18 and 225/40/18 set of Federal tires from Ming at Fizz Motorsports.  With the Federals stretched onto the 18×9.5” (+12) and 18×10.5” (+15) wheels the concave faces are accentuated against the profile of the car and the end result looks awesome!  It’s not easy fitting wheels this aggressive on an RSX.  At nearly 5 degrees of negative camber in the rear, the setup still necessitated fender modification. 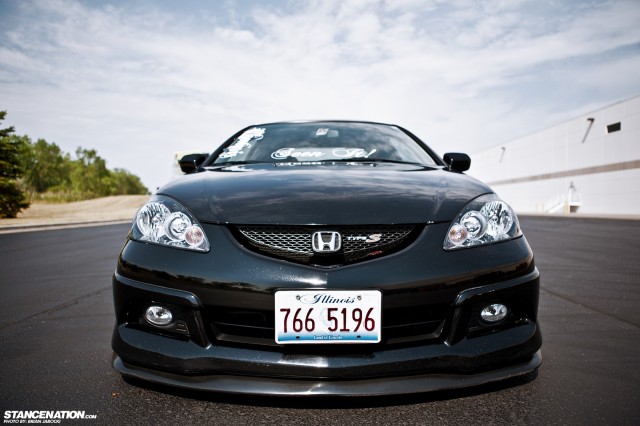 Plenty of attention was paid to the exterior of the car.  It features a full A-Spec kit with a Subaru STi V-Limited front lip spoiler tucked underneath.  I was personally surprised at how well the Impreza lip fit and flowed with the RSX.  A full compliment of J-spec badging completes the look. 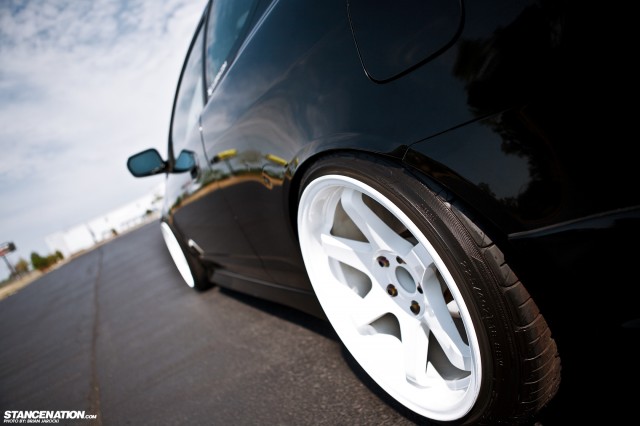 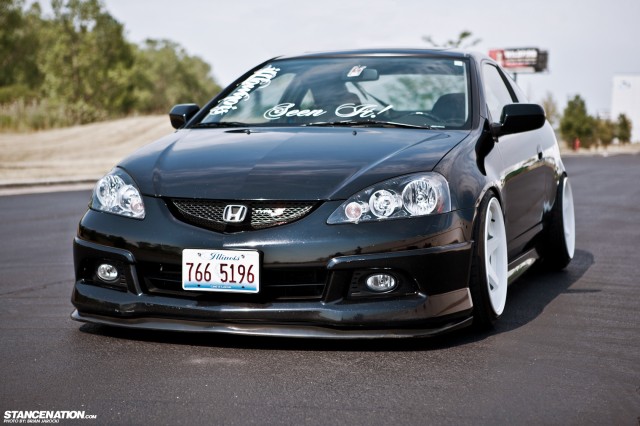 Juan didn’t stop with just the coilovers.  Hotchkis swaybars prevent roll while an assortment of braces from Mugen and Cusco stiffen the DC5 chassis.  Hard Race rear camber arms give him the adjustability he needed to fit the wheels. 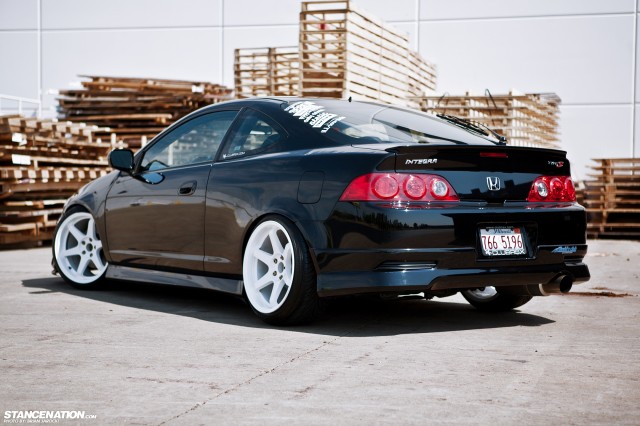 The K20A2 has been mildly altered with simple bolt-ons.  Tamayo increased the breathing abilities of the K with an intake from Injen.  The header and exhaust are both Buddy Club components.

You can’t go wrong with the classic combination of stark white wheels on a black car.  The strong contrast combined with the clean OEM body lines catches your eye in just the right way.  When it comes to RSXs I personally prefer the later ’05+ front end and taillights like on Juan’s car. 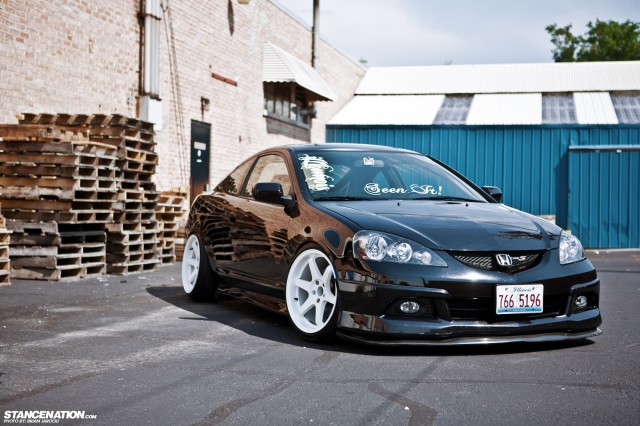 People always get a lot of heat for Varrstoens and other replicas.  Juan tells us he firmly believes “It’s not what you rock, but how you rock it.”  These words ring especially true for those concerned with wheel fitment. 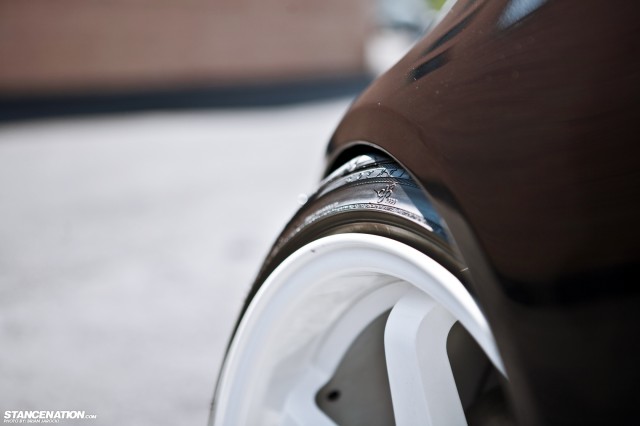 Change is constant.  Tamayo is already planning on a new project in the form of a bagged sedan.  He didn’t give us any more details, but I’m sure Juan will “rock it” with plenty of his own style.  Maybe his girlfriend will buy him another set of tires for that car.  Maybe. 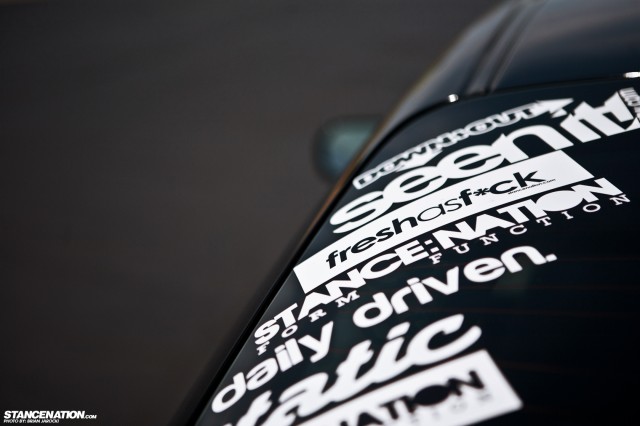