This incredible Toyota Celsior UCF21 belongs to Komatchan out of Japan. He is just another 24 year old who happens to be obsessed with riding low & wide, just like many of you out there. The difference between Komatchan and majority of fellas who are in this scene is that he pulls off one of the most insane fitments out there, and he does it all on a set of Aragosta SS Coilovers. You read that right, this bad boy is sitting static at less than an inch off the ground. What’s even more amazing is that Komatchan drives this thing around on daily basis. 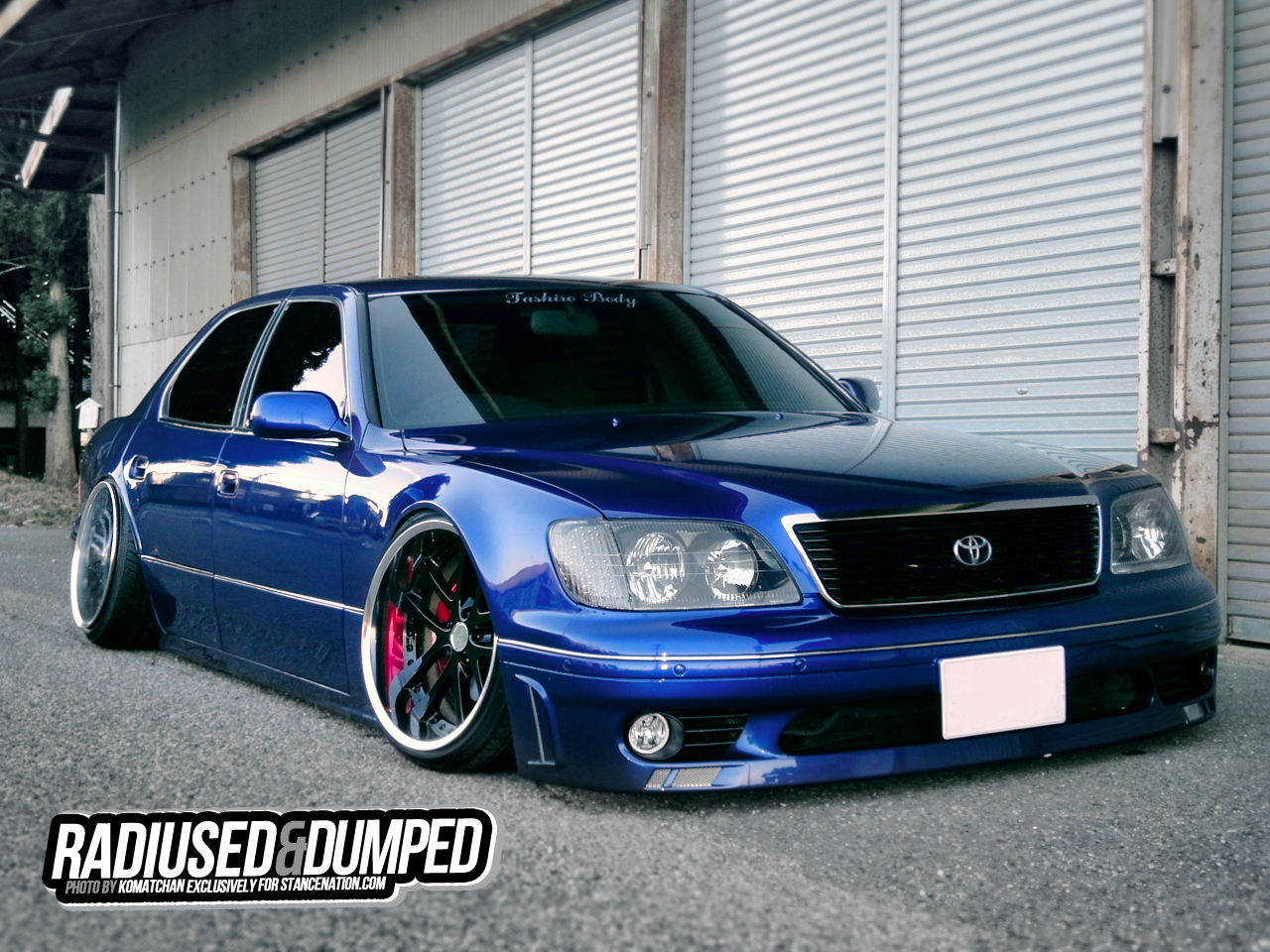 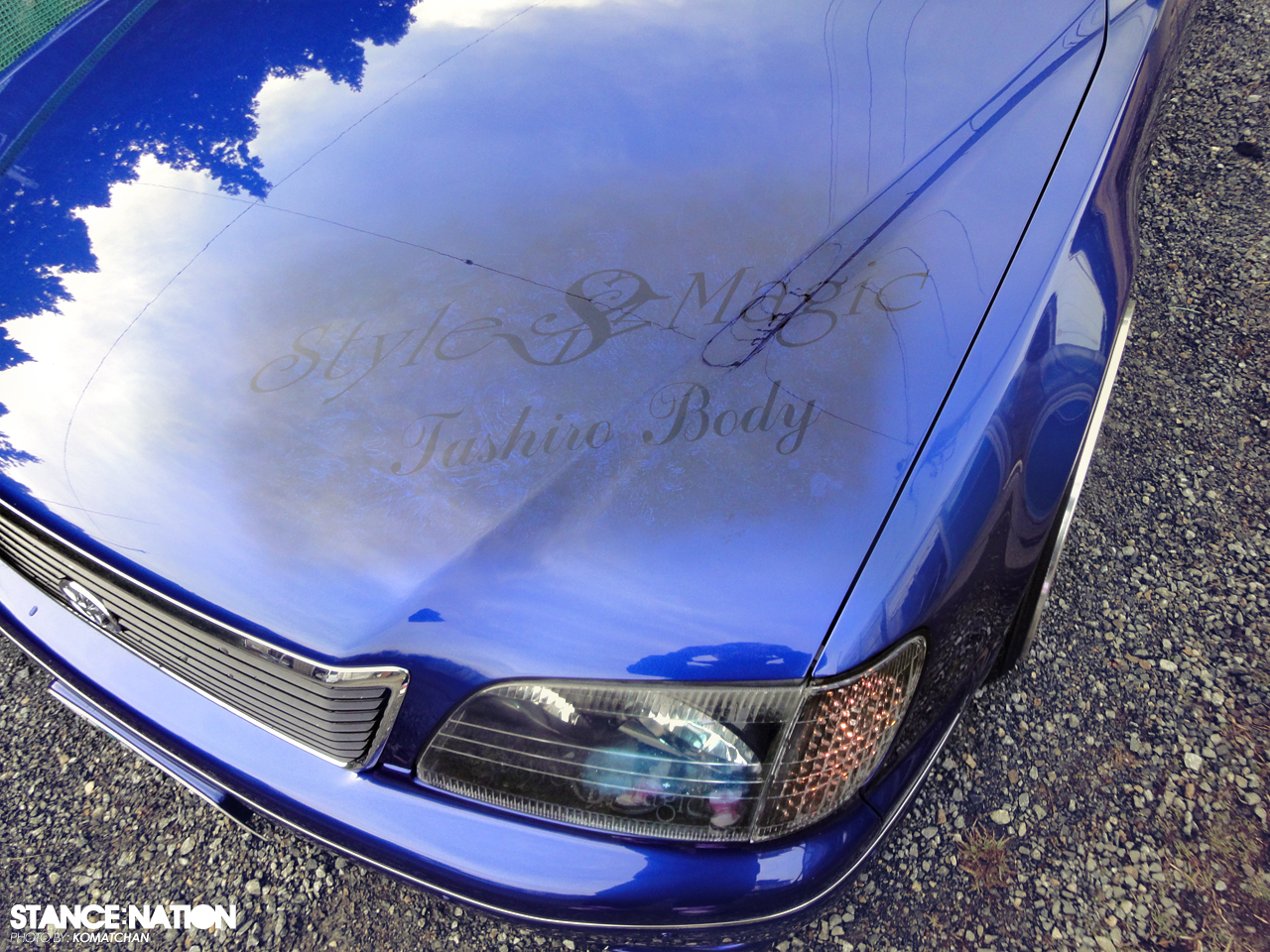 If you’re not familiar with how radiused fenders work, you’re probably scratching your head right about now. Komatchan raised his wheel wells a little over an inch in the front, and two inches in the rear. On top of that, the arches were raised 2.8 inches up front and 4 full inches in the rear. How many of you noticed right away that top of that rear fender is sitting parallel with the door handle? Crazy stuff, isn’t it? 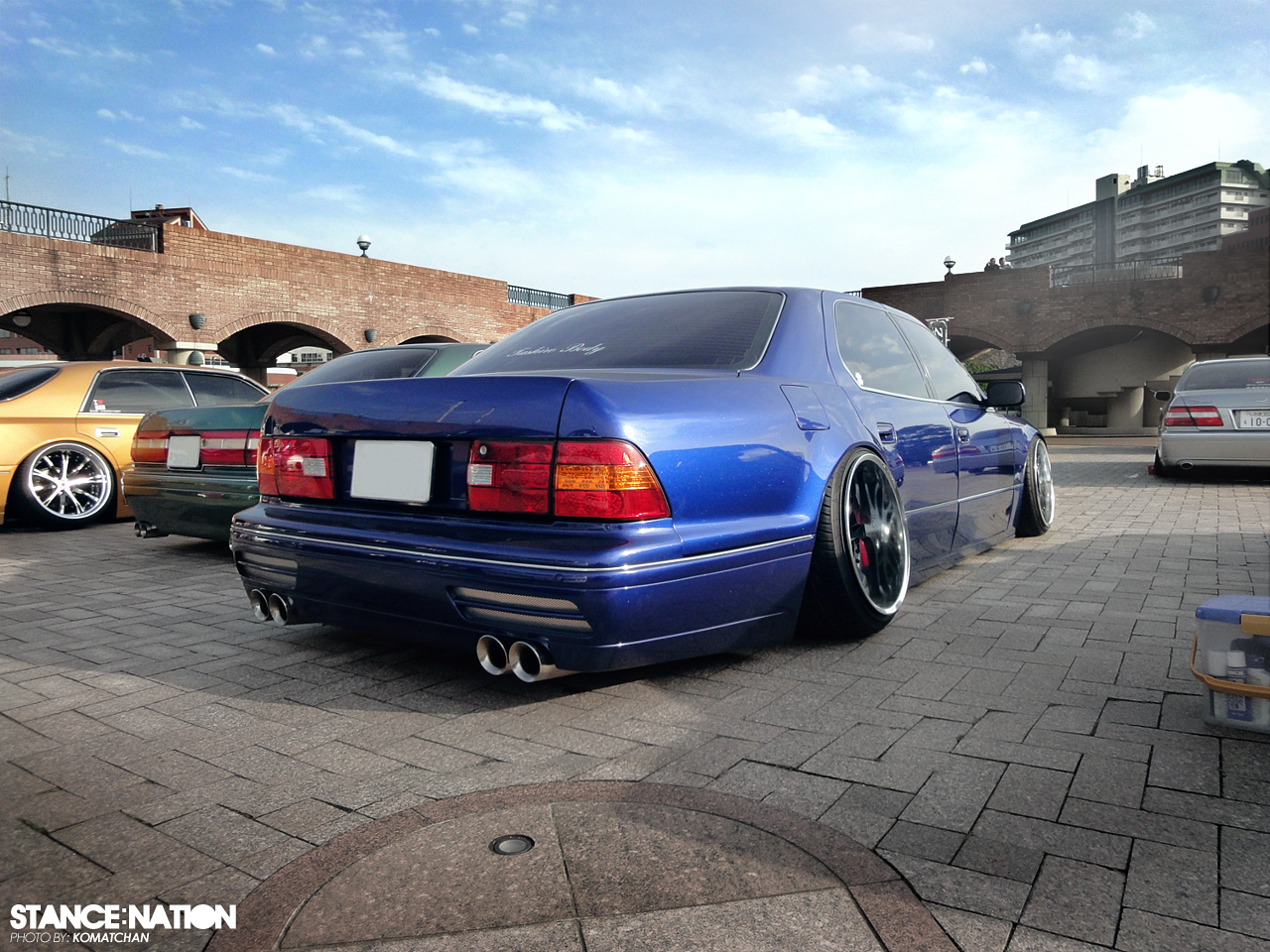 Due to our language barrier we weren’t able to get as much information as we would have liked, but when we asked about the specs of those shiny Kranze’s, Komatchan didn’t hesitate sharing it with us. Front’s are 19×9.5 with a -27 offset, while the rears are much more aggressive, sitting at 19×12 with a crazy -40 offset! It doesn’t stop there though, most of the stuff on this car is one off. Take that front end for example, or the exhaust you see in the pictures below. Even those JOB Design sideskirts were modified as well as the Autocouture rear end. Komatchan has owned this Celsior for 7 years, but only recently has he started messing around with it, and look where it sits already! 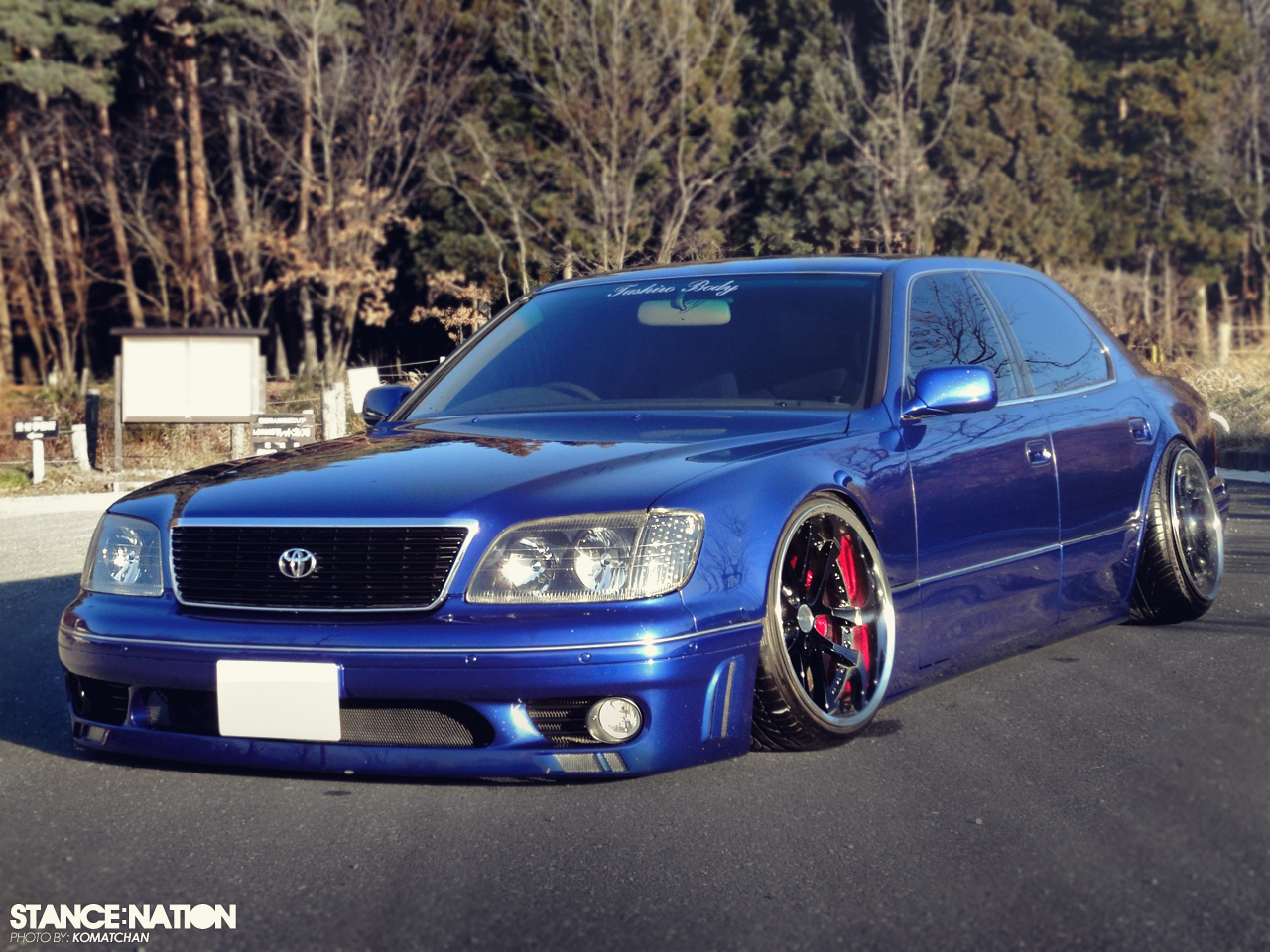 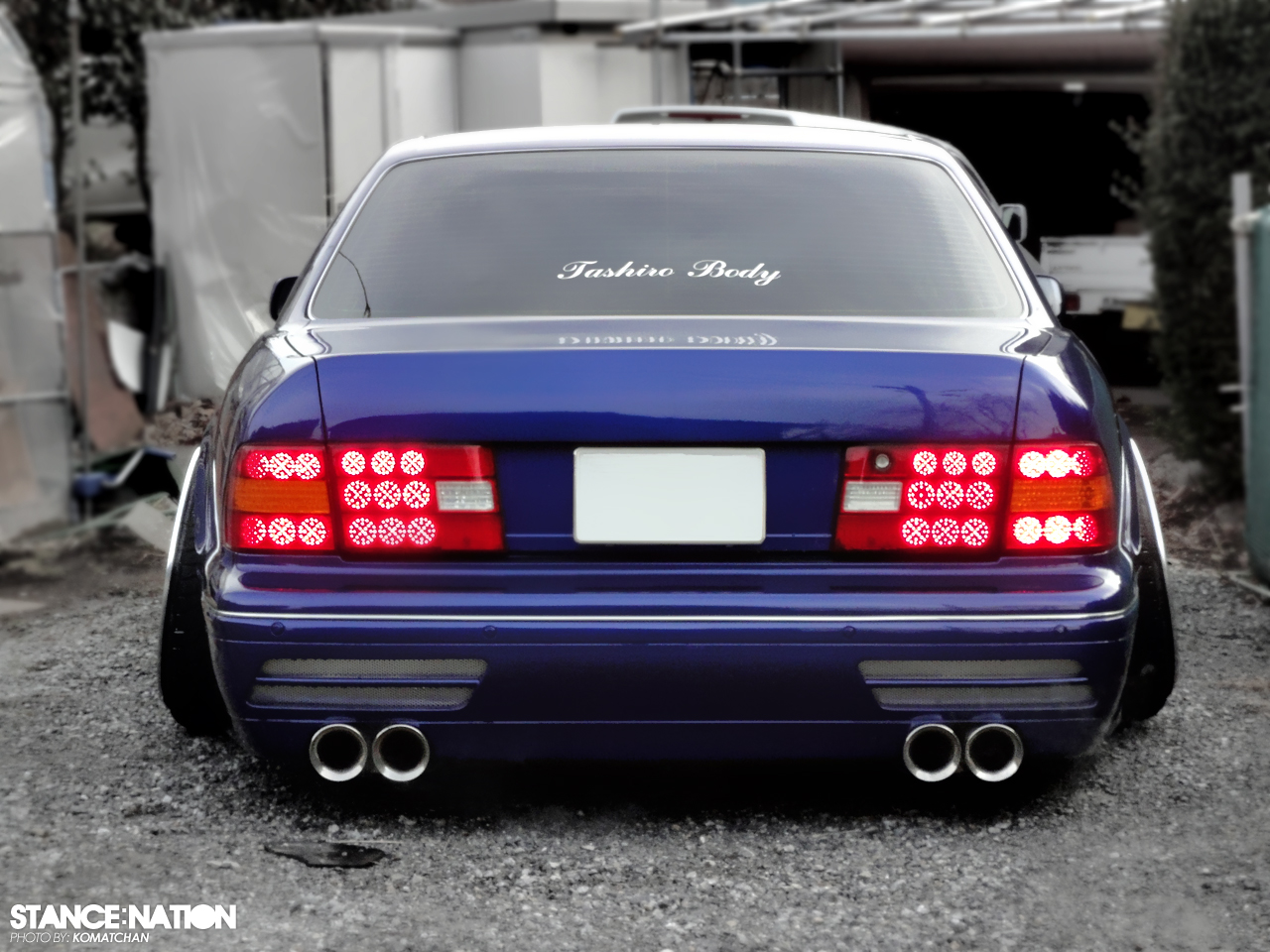 It’s hard to believe that this guy rolls static, but it’s the truth. While many VIP rides tend to sit on bags (stateside), more and more are going static everyday. Check out the picture below, laid the hell out big bodies, on coilovers. 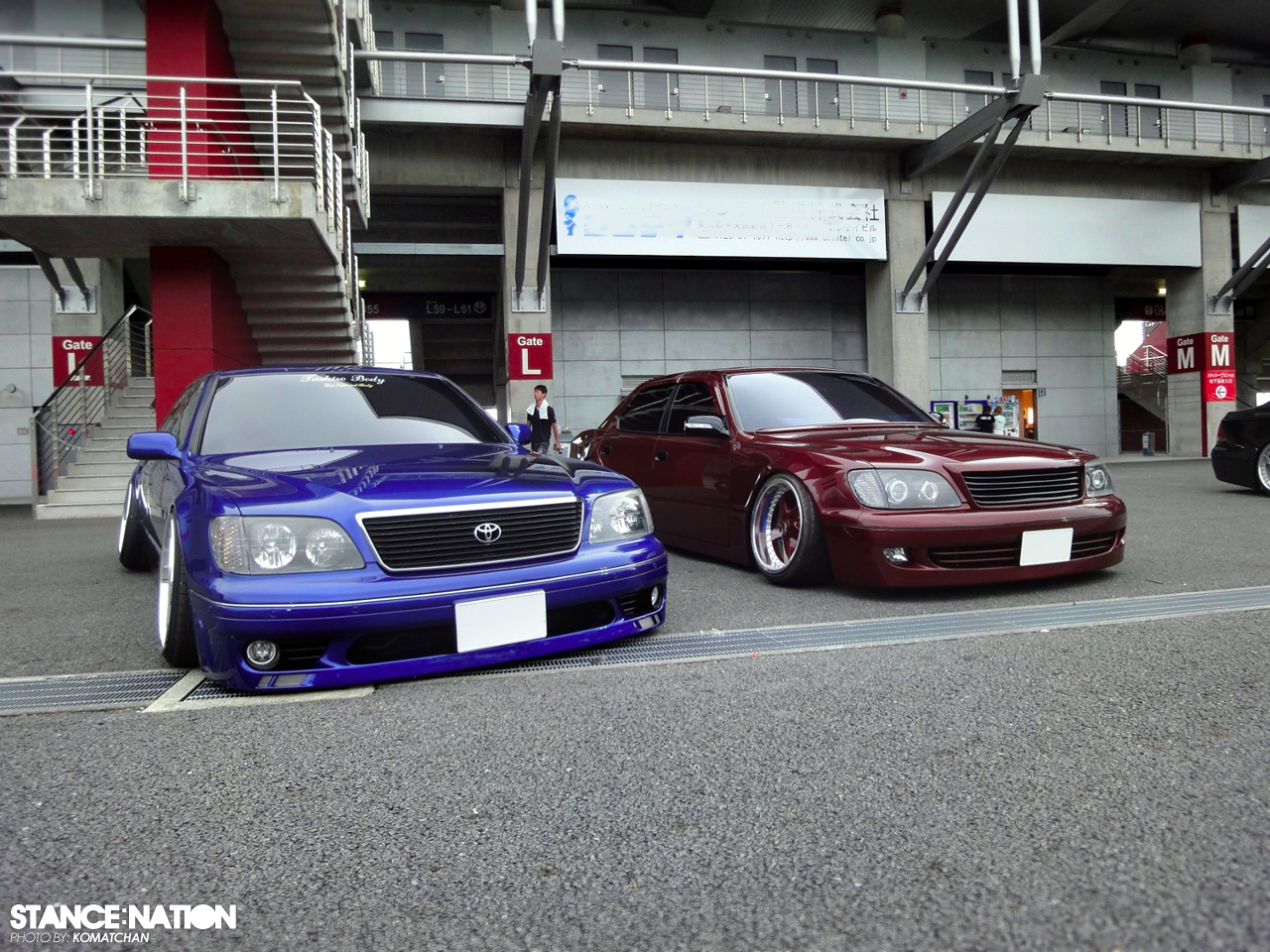 When we asked what his future plans were, he simply told us that he wants to finish working on his new wheel setup and focus on the audio work. The new wheel setup by the way is just mind blowing. He just had to outdo the Kranzes, so he went with K-BREAK Fivestar’s in an almighty 18×10.5’s up front and 18×13.5 in the back! Finishing all that was done with 225/40/18″ & 295/40/18 Toyo tires! We really want to thank our friend Anju for all the help and for making this happen. We also want to thank Komatchan, very much and everyone that was involved with building this incredible ride. 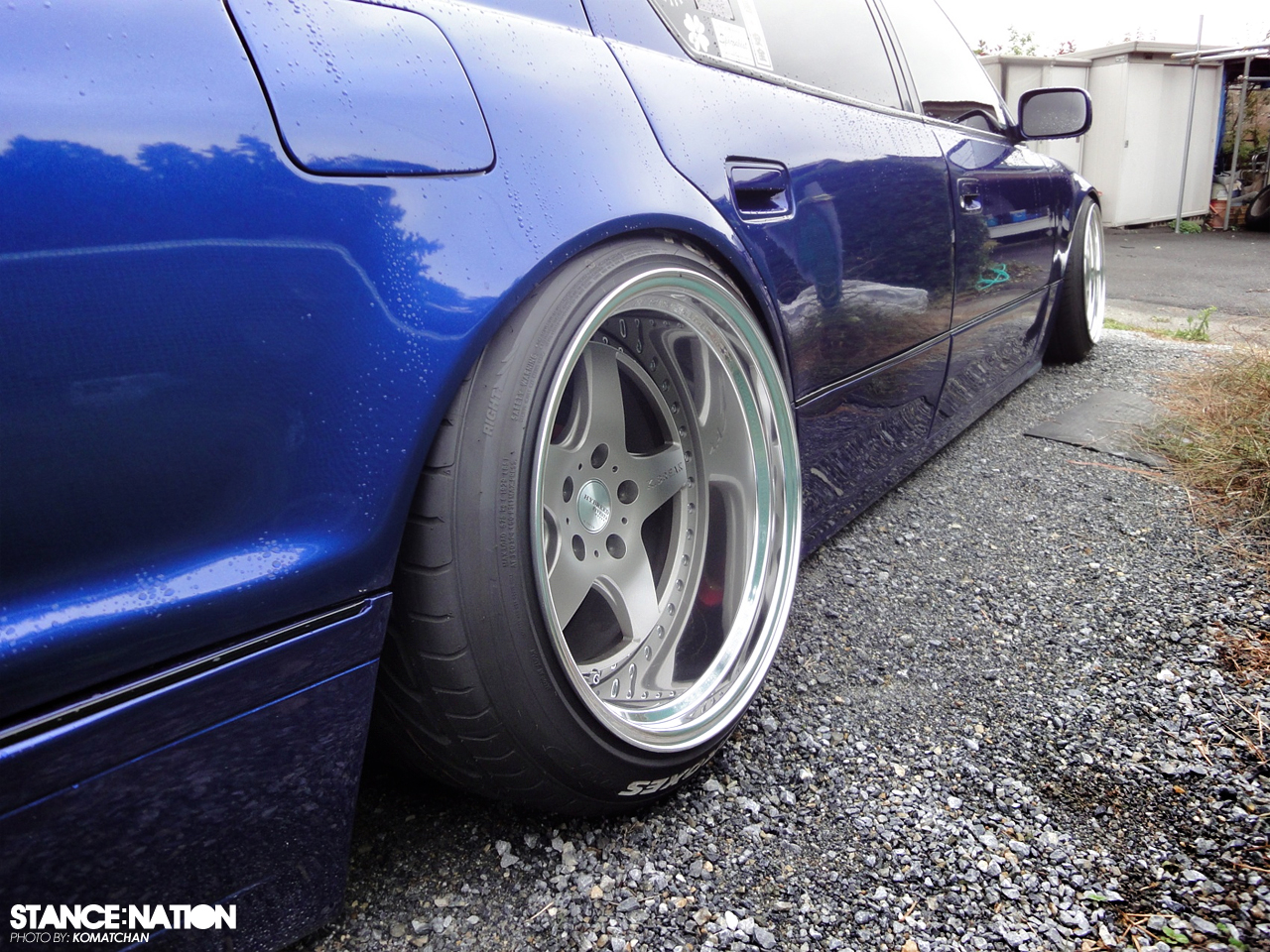 Lastly, we want to congratulate him and his wife, they were just married a couple of weeks ago. We wish you the best and be sure to keep in touch. Who is down for another feature with the new setup? 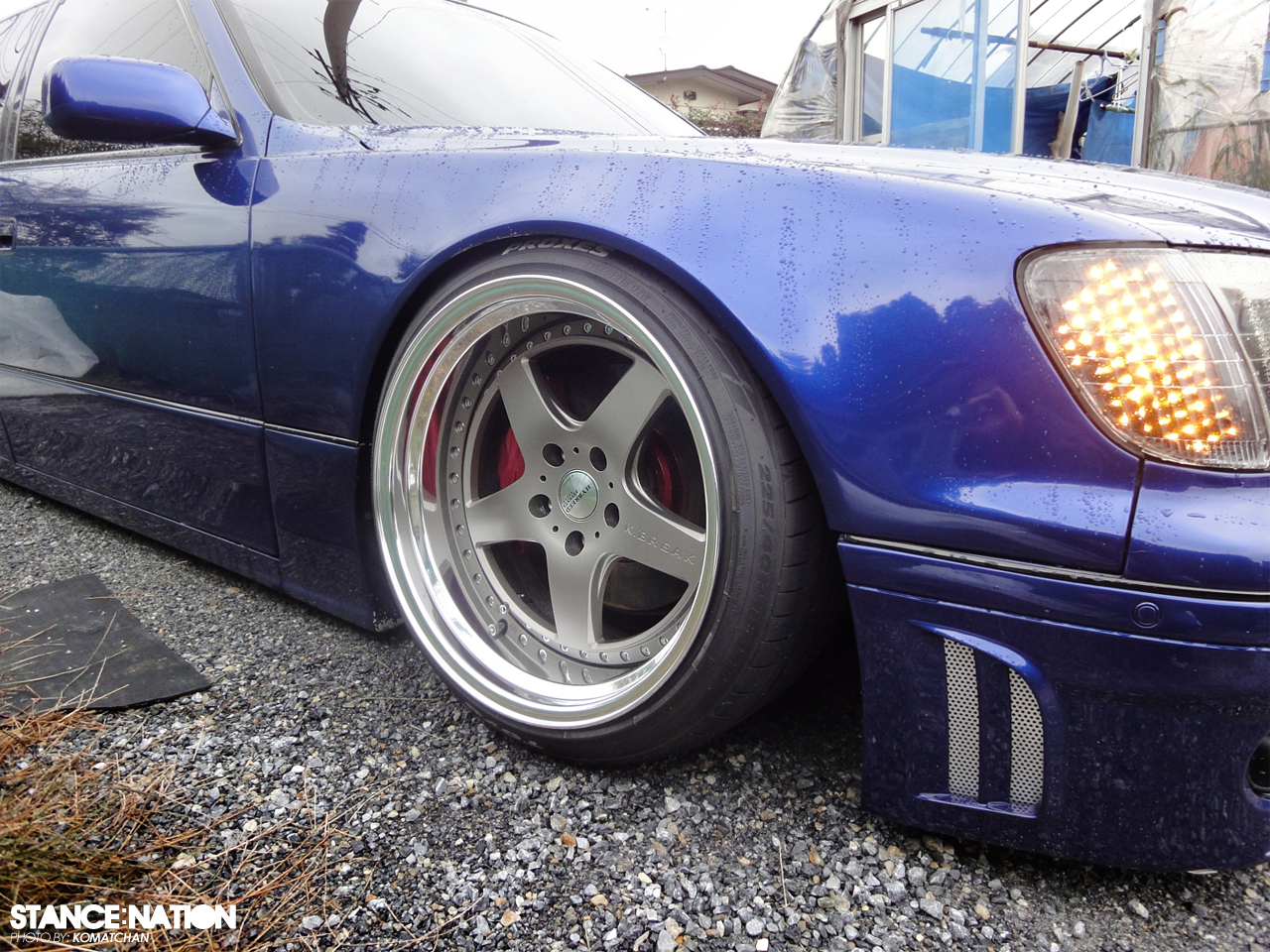