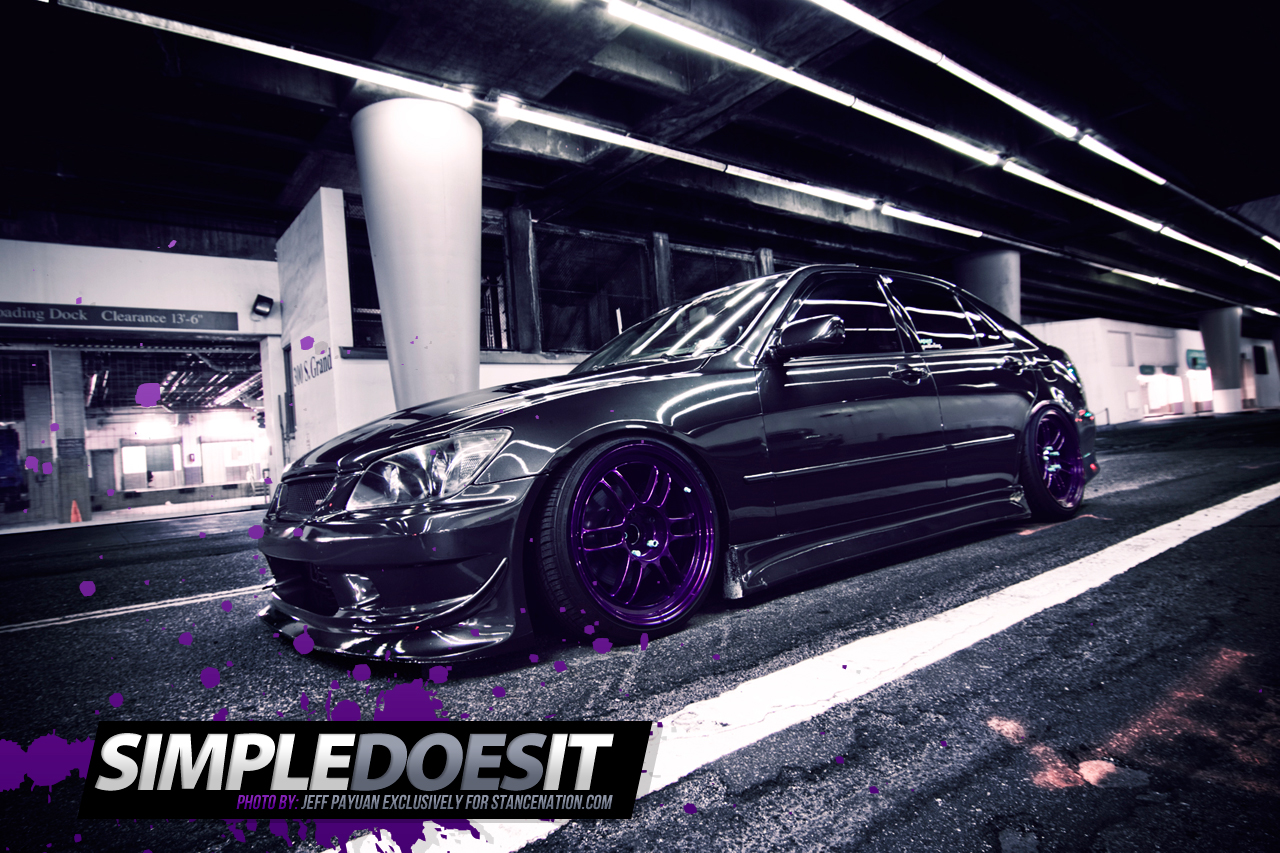 We strive on bringing some of the freshest rides around the world to your computers on daily basis, so when an opportunity arises to shoot a clean Lexus IS300 such as this one, we of course have to say yes! This stunning IS300 belongs to Minh out of SoCal and while you may have seen some other pictures of it floating around the net, our good friend & photographer Jeff Payuan recently got a chance to hang out with Minh and take some absolutely incredible photos of his ride! Though it did help that Jeff is a really good friend of Minh’s, so it was just a matter of time and location. 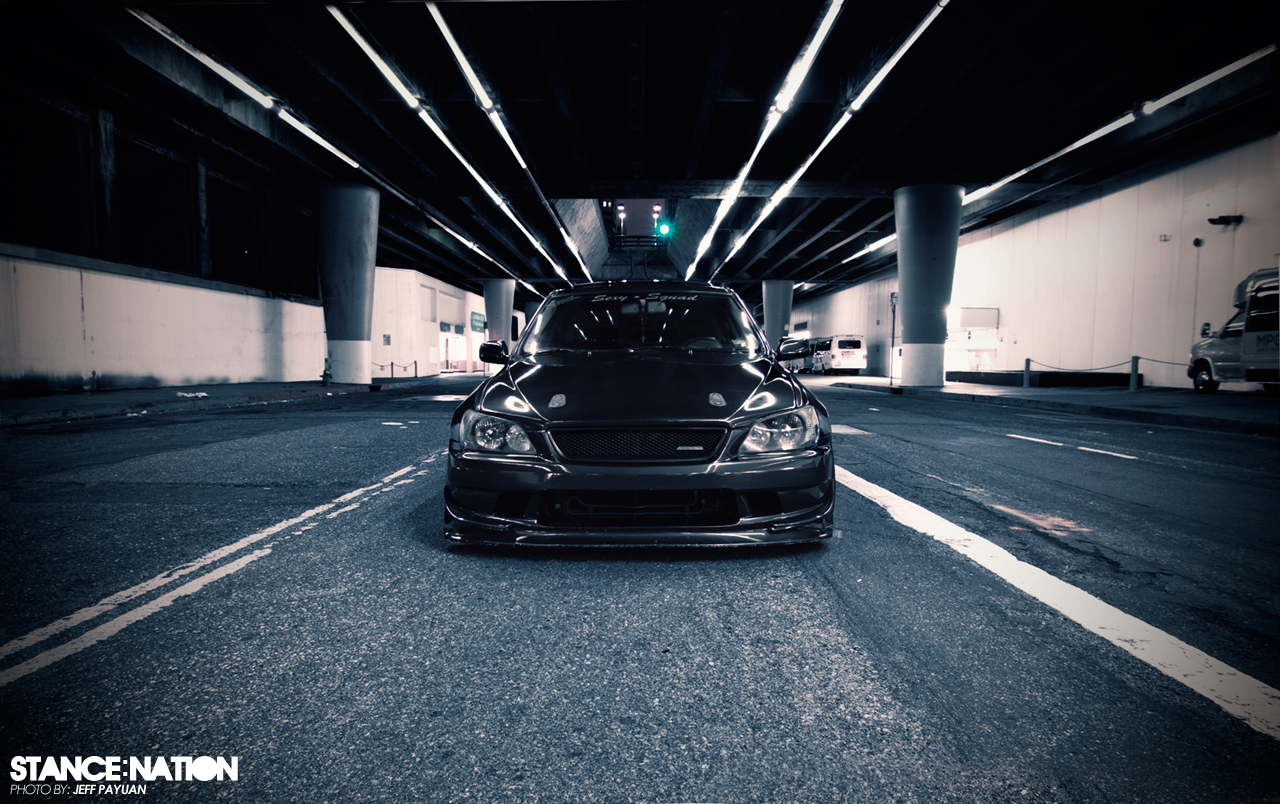 The front end is looking mighty mean thanks to the Vertex front bumper and the VIS carbon fiber hood. Minh is also rocking a set of Vertex side skirts and relatively simple rear lip made by VIS as well. A touch of JDM was thrown into the picture when Minh decided to add the Altezza grill as well as Altezza Window Visors. Overall, majority of the mods done to this IS are relatively simple until you get to those flashy RPF1’s. From the fitment to the color, everything just screams for attention! 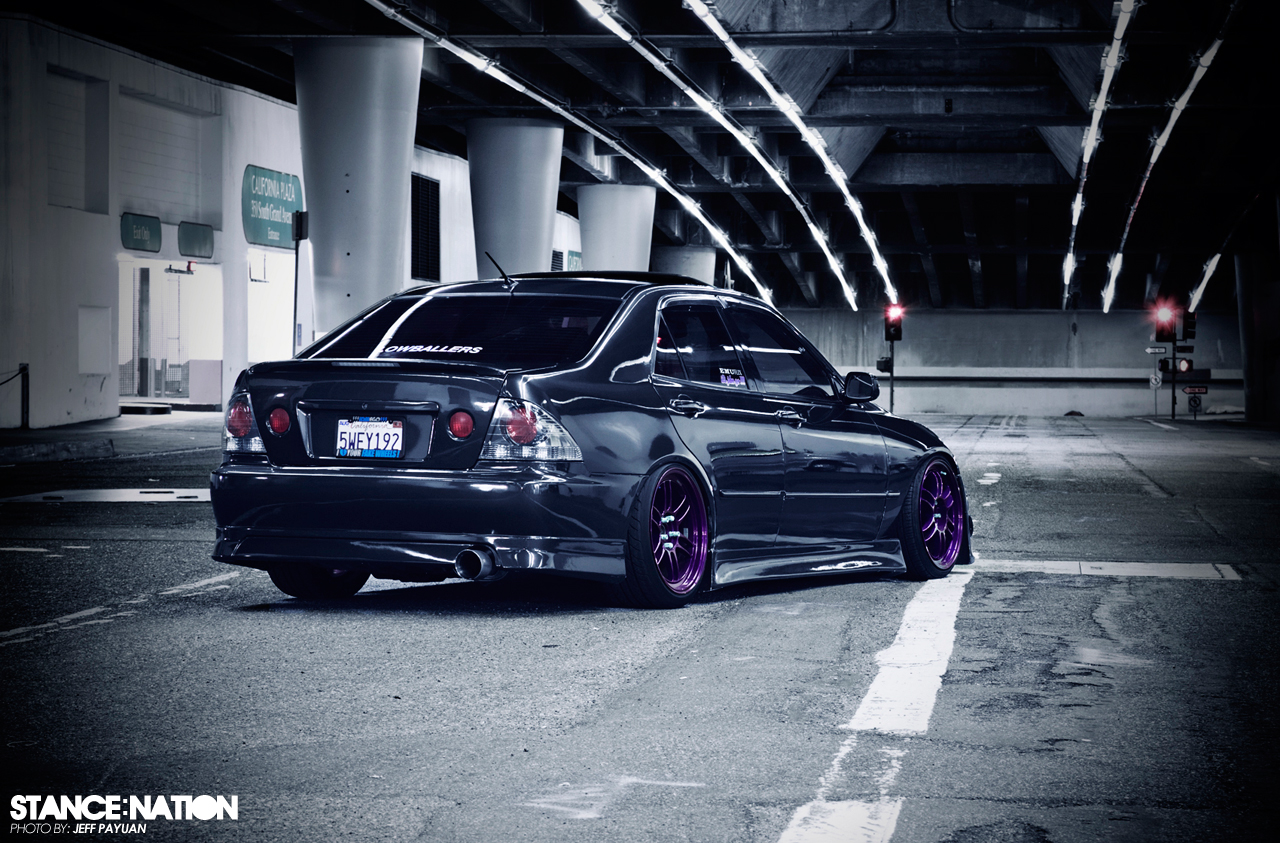 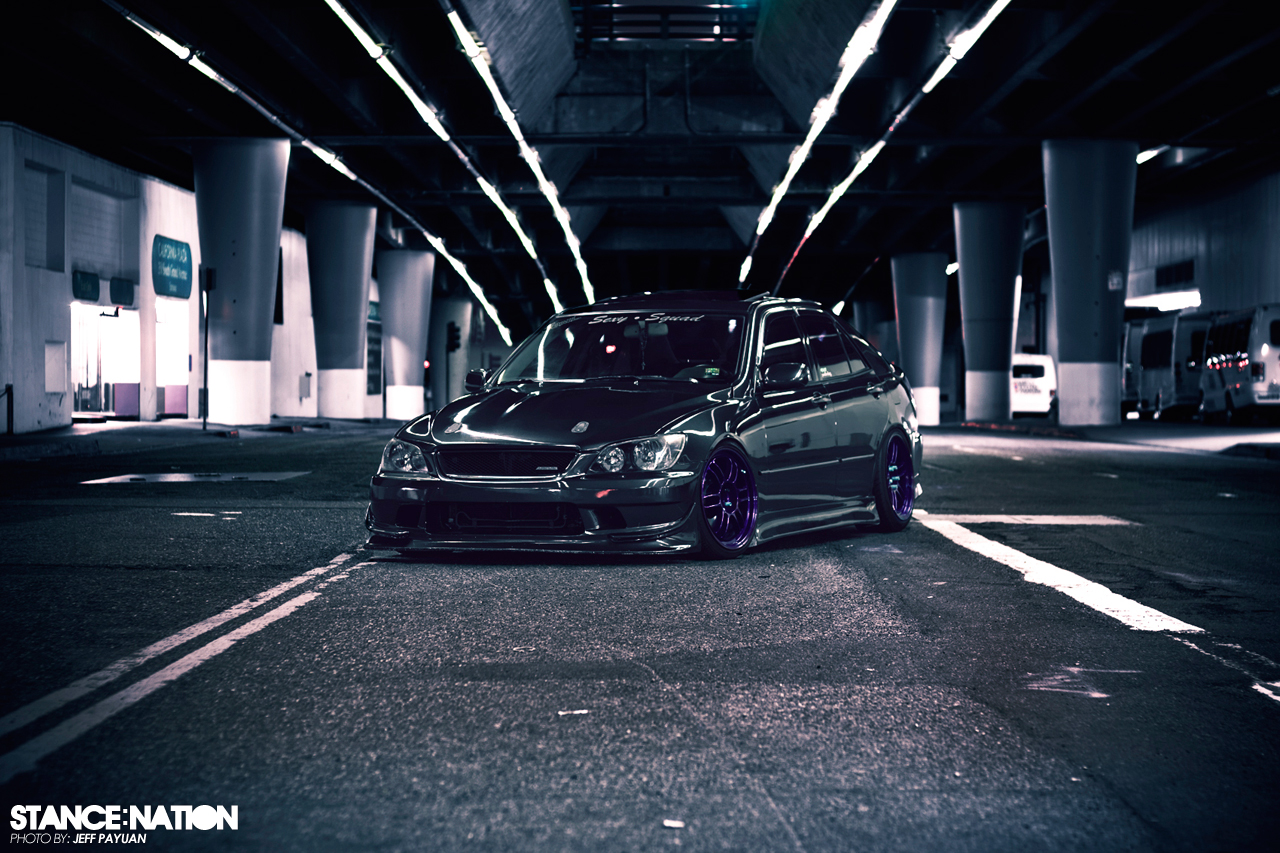 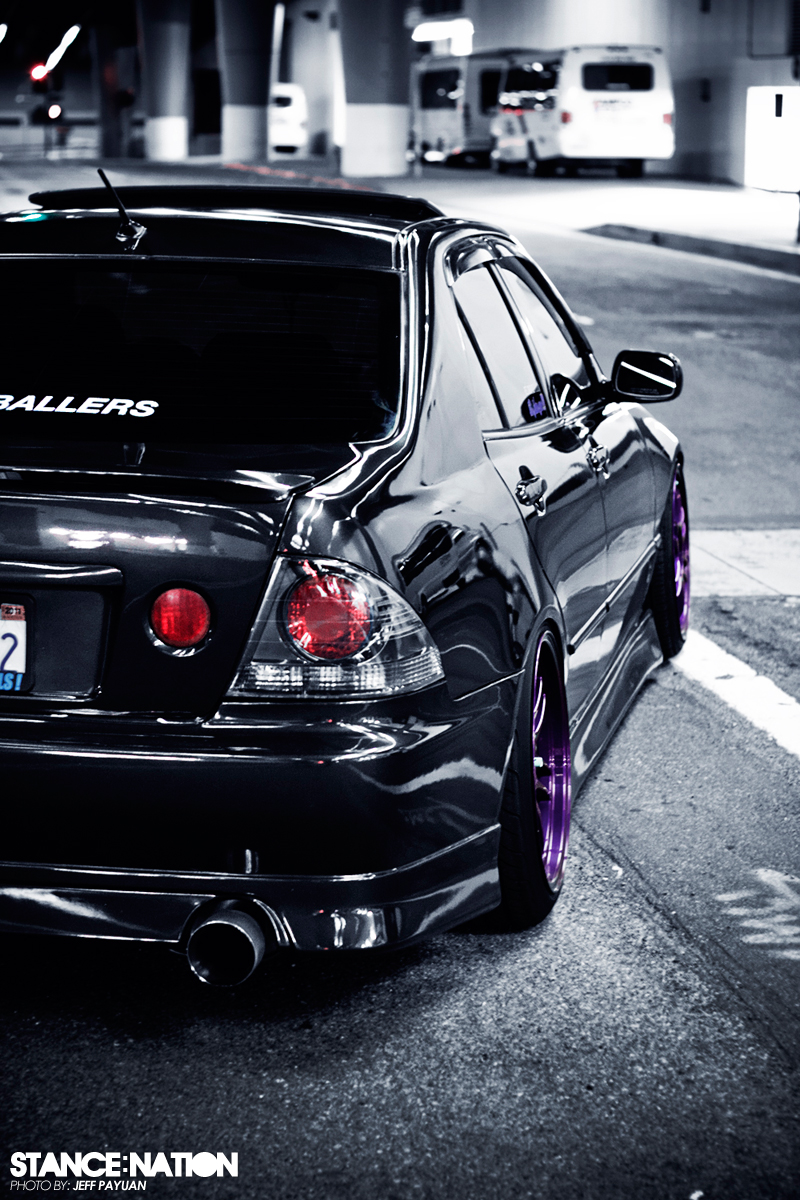 Minh is reppin’ quite a few crews, some of which we know personally. With that said, we would personally like to give a big shout out to Lowballers, Hoodrats, Sexy Squad and of course itsjdmyo! All our friends down in Socal including Jeff, Nimo, John, Shavi, Keith& Neel and everyone else, you know who you are, we thank you for all your contribution and respect! Be on the lookout for Nimo’s Accord in the next few days, and if you are anywhere in SoCal with a dope ride make sure you shoot us an email! 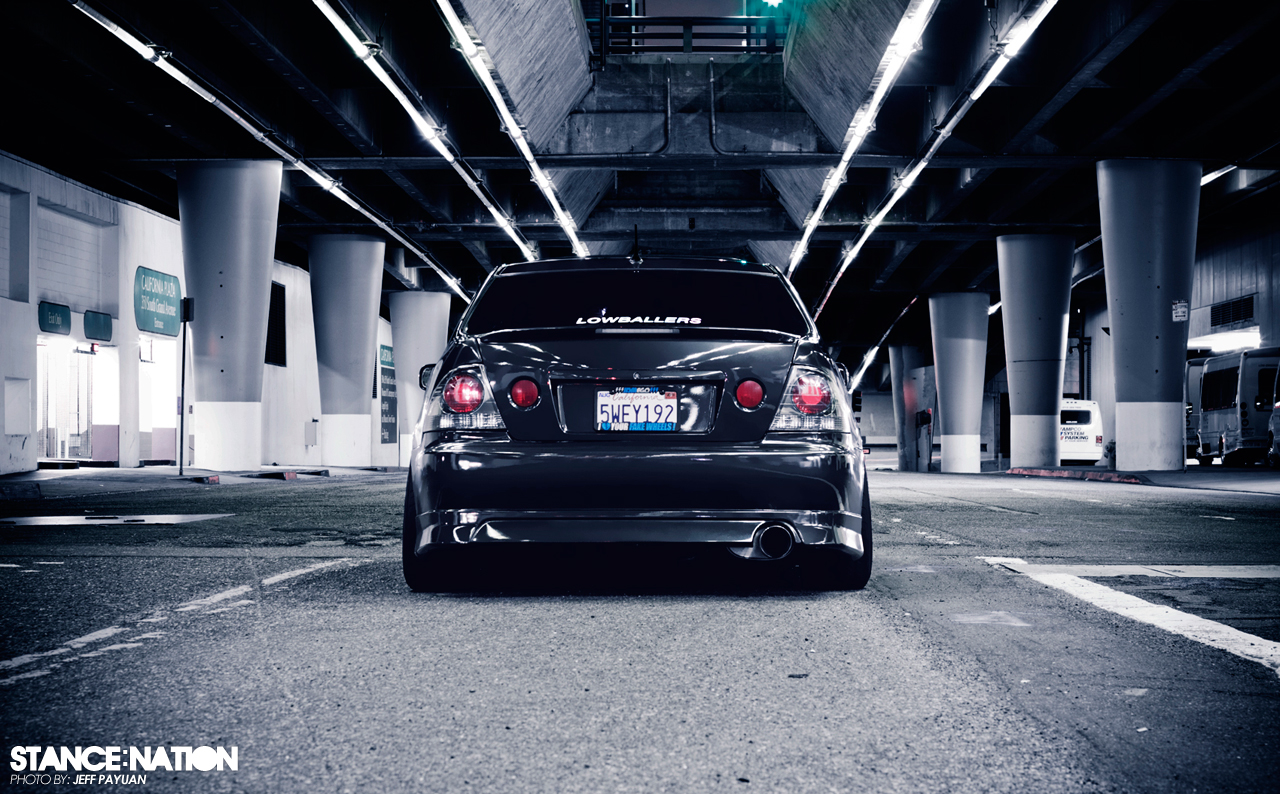 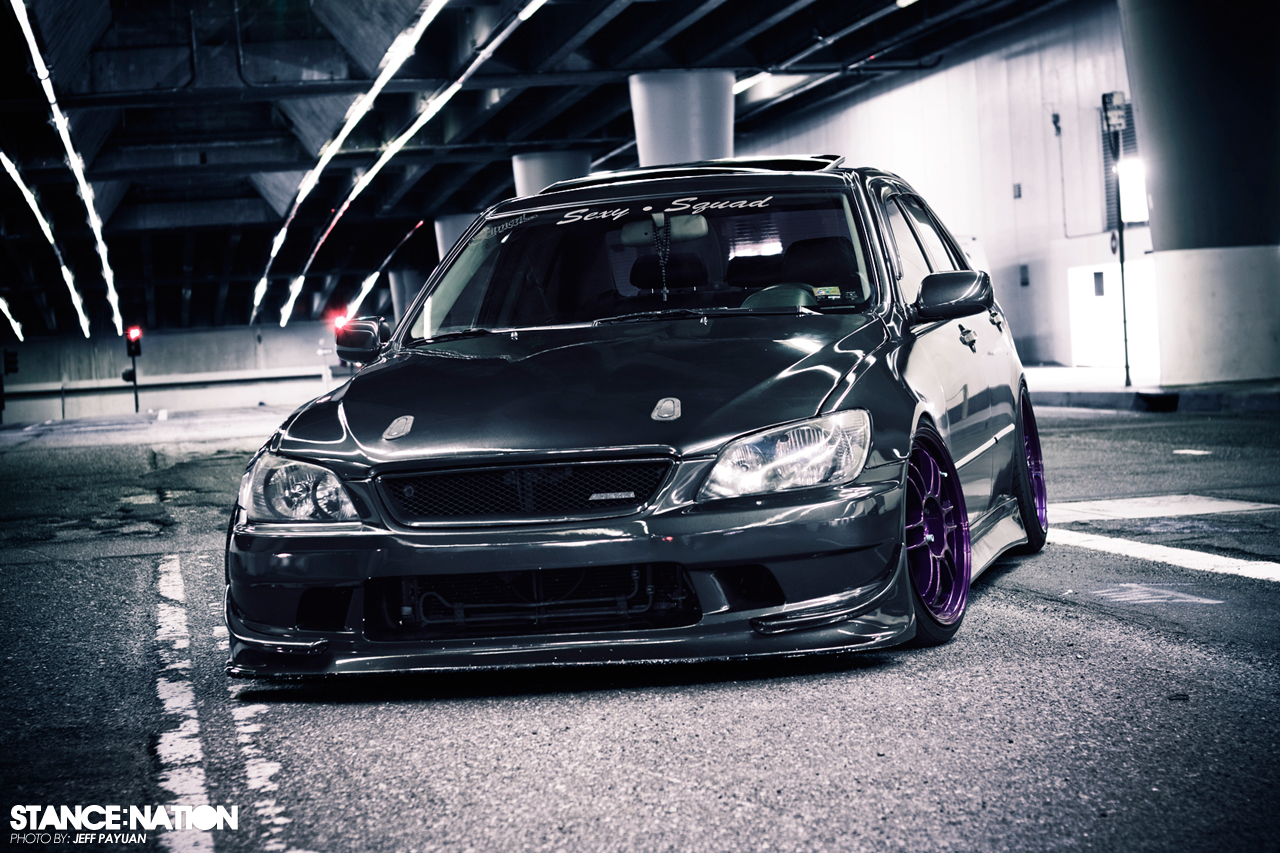 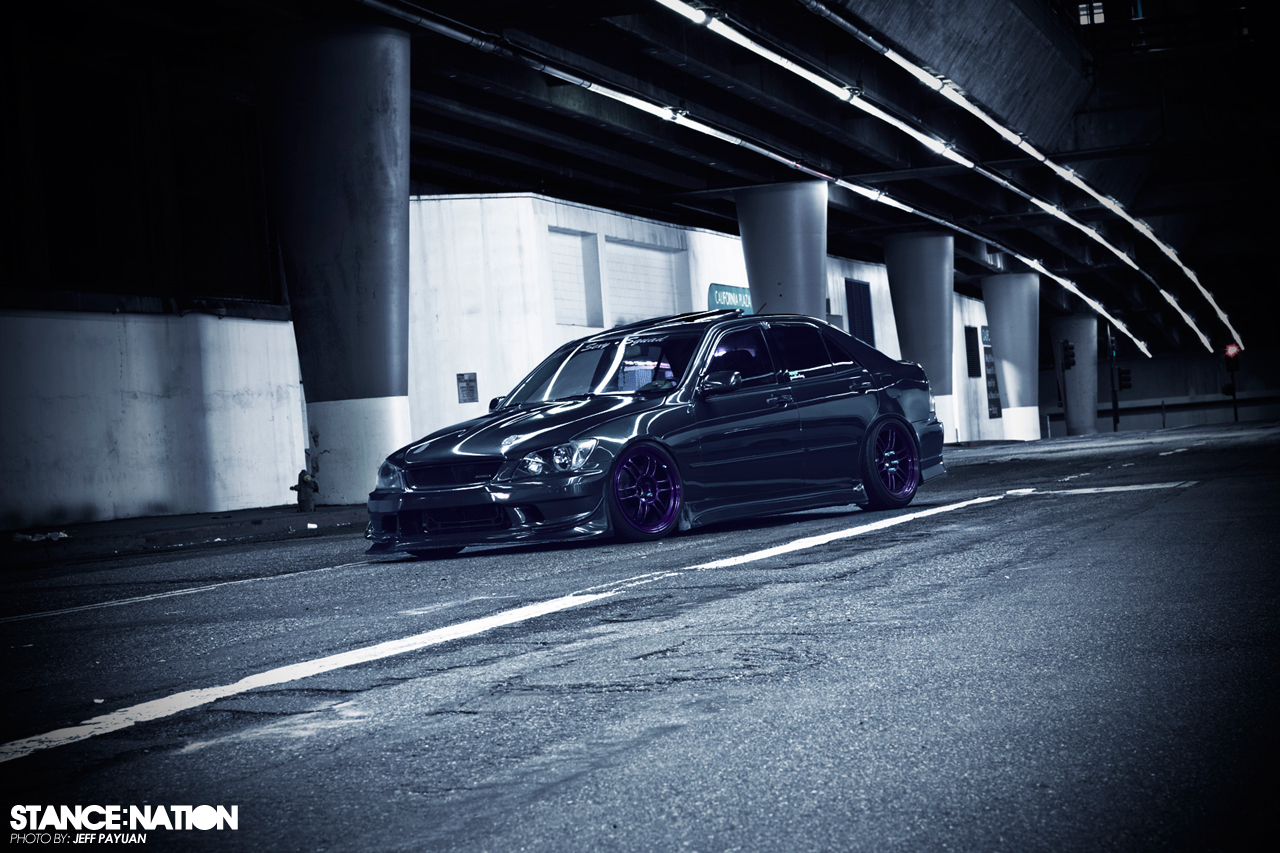