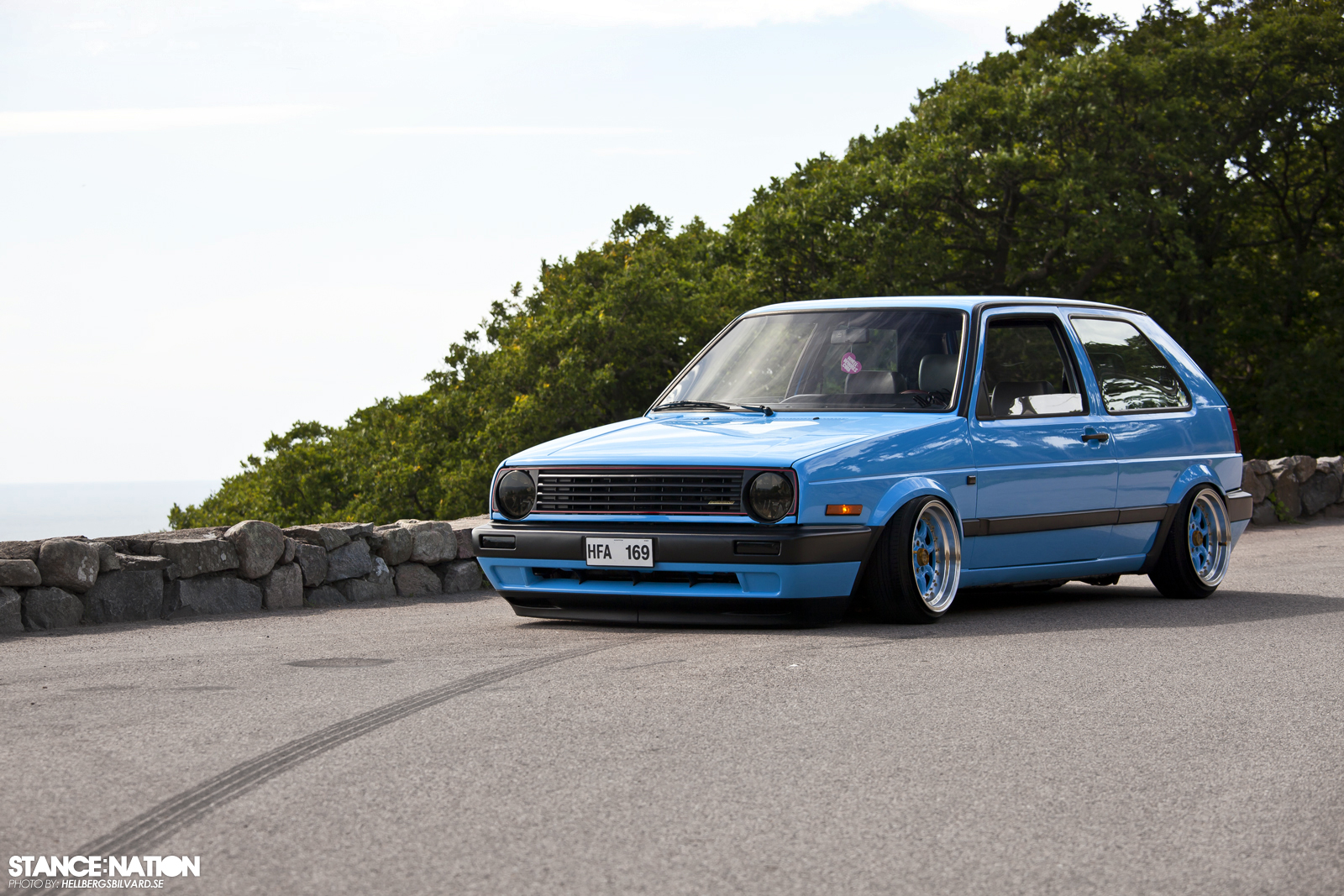 Great, yet another bagged VW, right? Well, not exactly. What you are looking at is an insanely low, coilover equipped MK2 coming to us straight from Sweden. No you did not read that wrong, this pristine conditioned VW MK2 is rolling static on the daily. We thought that it was on some kind of air suspension as well until we read the spec list that Rolle (owner) sent us. He ended up cutting, rolling and pulling his fenders, stretching his tires like no other, and of course accepting the fact that he will never be able to go over another speedbump in order to achieve the stance you see in these photos. It was so worth it in our opinion, don’t you think? Let’s not get carried away here though, this incredible MK2 obviously has a lot more going for it than just awesome fitment and flashy paint scheme. 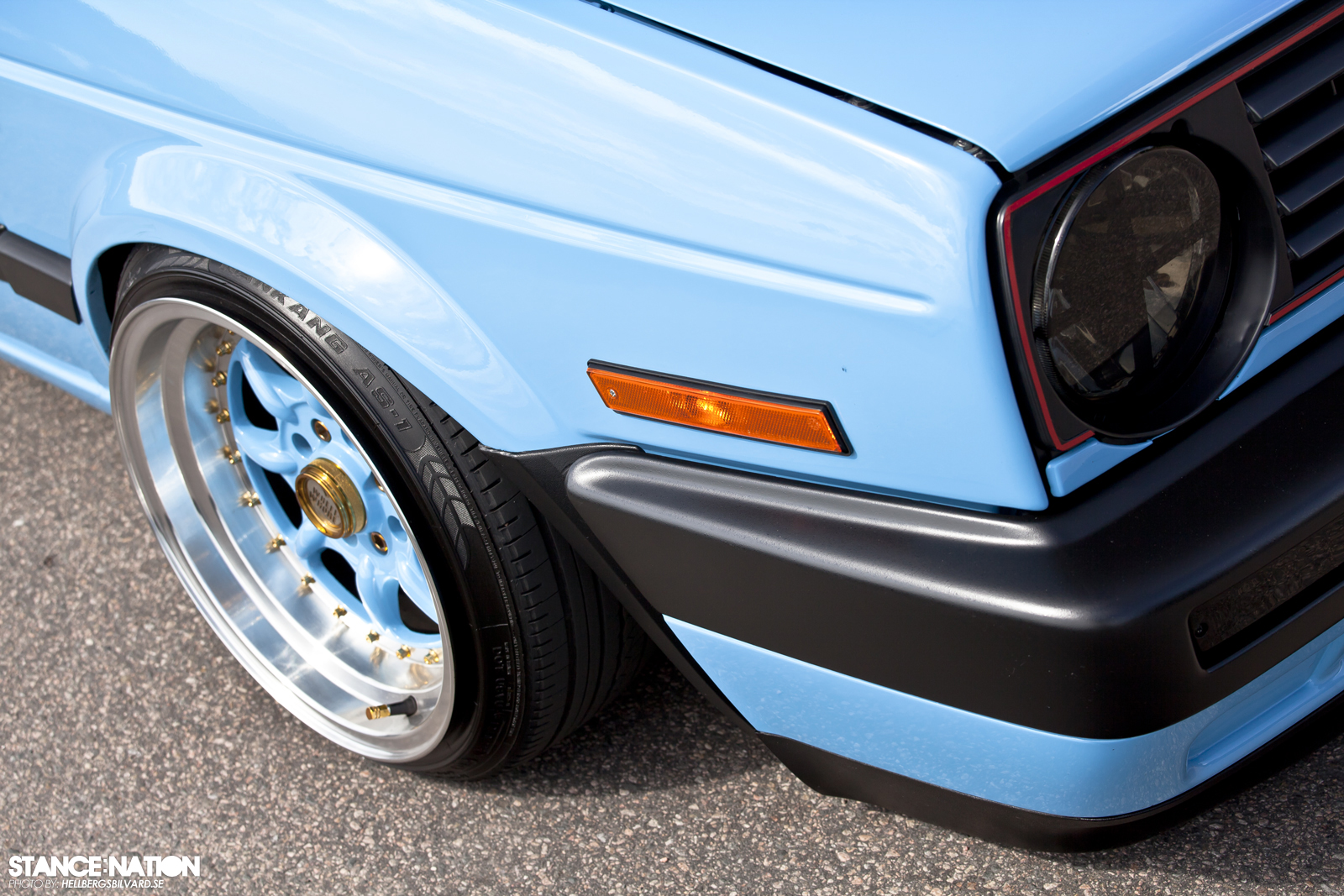 This MK2 is just one out of several different rides that are in Rolle’s possession. We will have more on that in the future, but it consists of cars like a fully built Toyota KE70 pushing over 300 horses and more. MK2’s engine was fully rebuilt and the car was given a fresh coat of paint not too long ago. Smaller details like the single wiper blade conversion tend to get overlooked the most but that’s exactly where this car shines the most. Shaved antenna, shortened trunk, custom side mirrors and USDM side marker light just to name the few things. How about that fitment by the way? 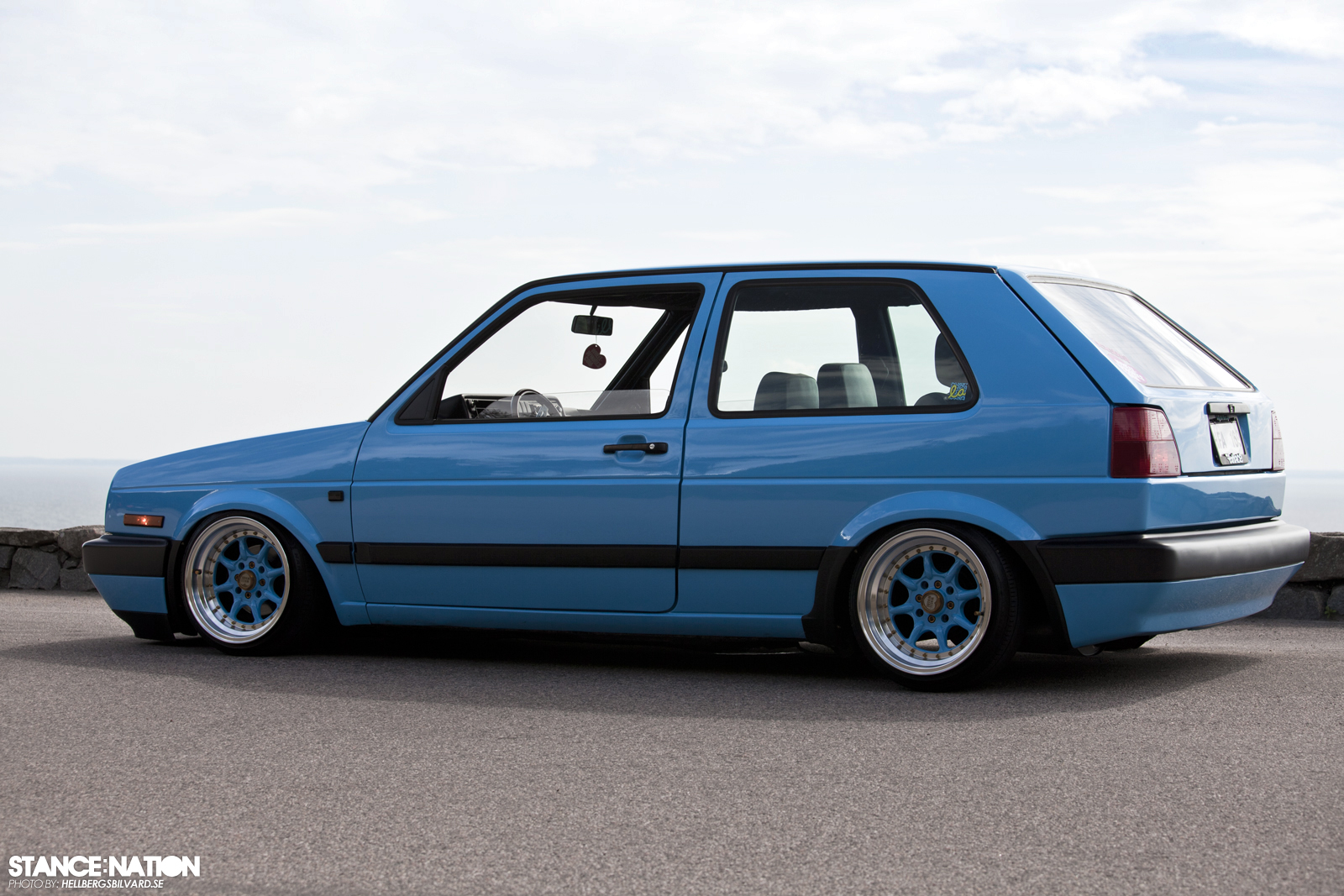 Money clearly isn’t that big of an issue for Rolle, so the decision to go with XXR wheels instead of getting some legit Panasport G7-C8’s is beyond us, but what we can tell you is that he did a great job adding his own touch. Color matched faces and gold split bolts with custom gold center caps reppin’ WheelWhores. Wheels are XXR 002’s in 15×8 all around with 165/45/15 set of Nankang tires. Hit the Read More button for a ton more photos taken by our awesome photographers Jill and Peter. 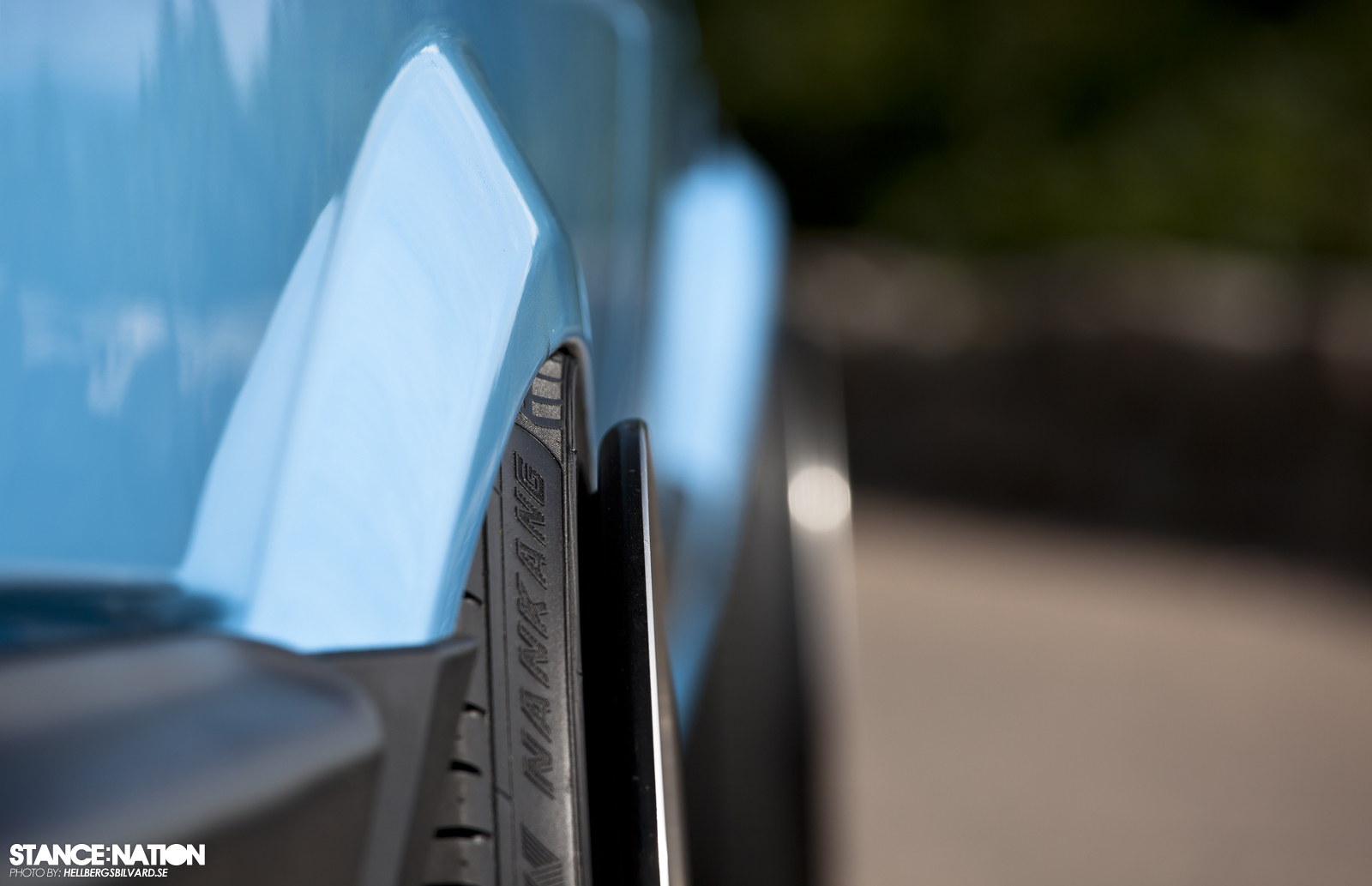 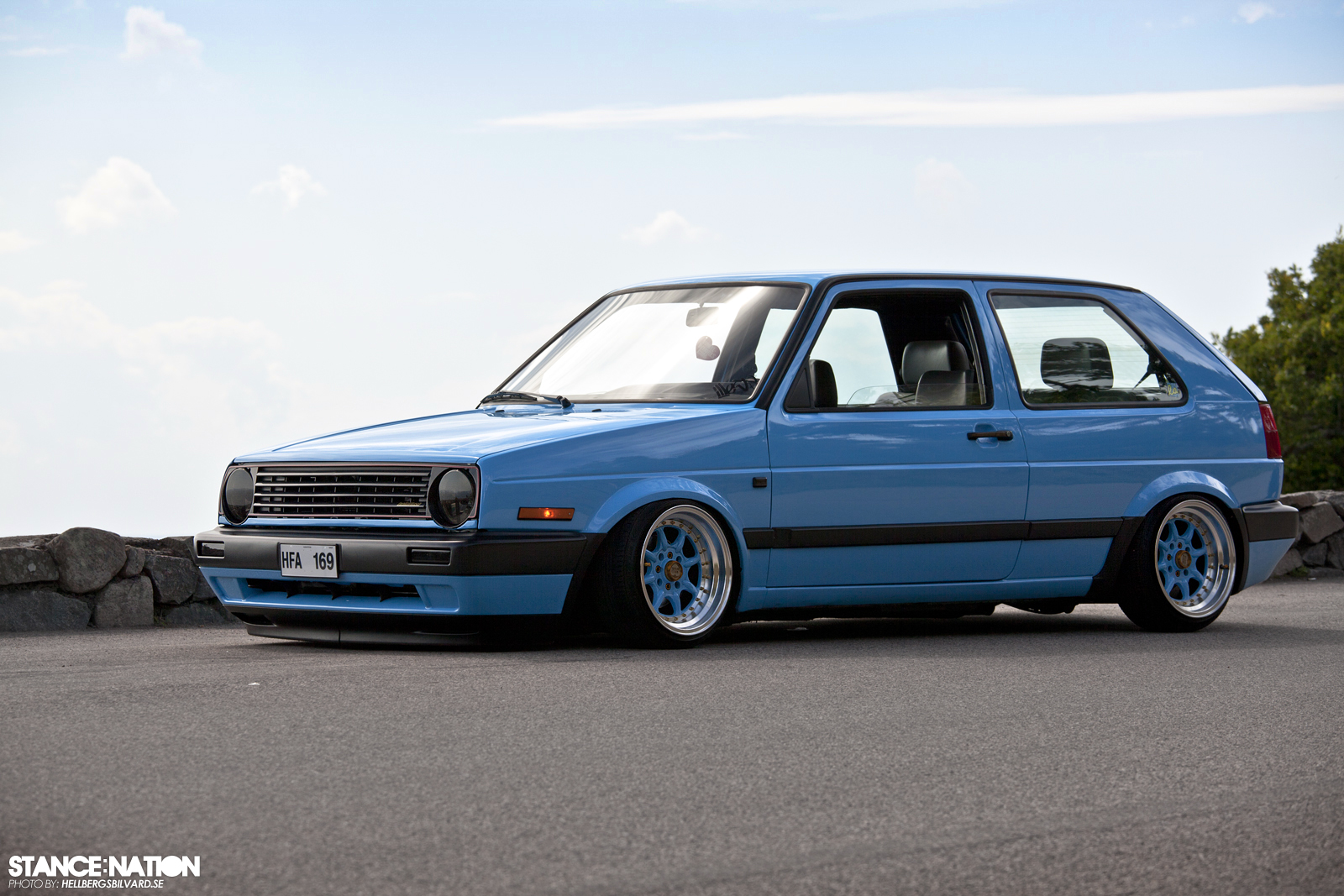 The whole interior was stripped and repainted, a fresh new dashboard was added as well as a new headliner not too long ago. Rolle is rocking an OEM leather+wooden steering wheel and knob which was a great touch and since Sweden is still heavy into having a good sound setup, Rolle added 4 10″‘s in the trunk and added a ton of new speakers throughout the car. We don’t have any photos of the interior unfortunately but it’s safe to assume that it’s just as nice as the exterior. 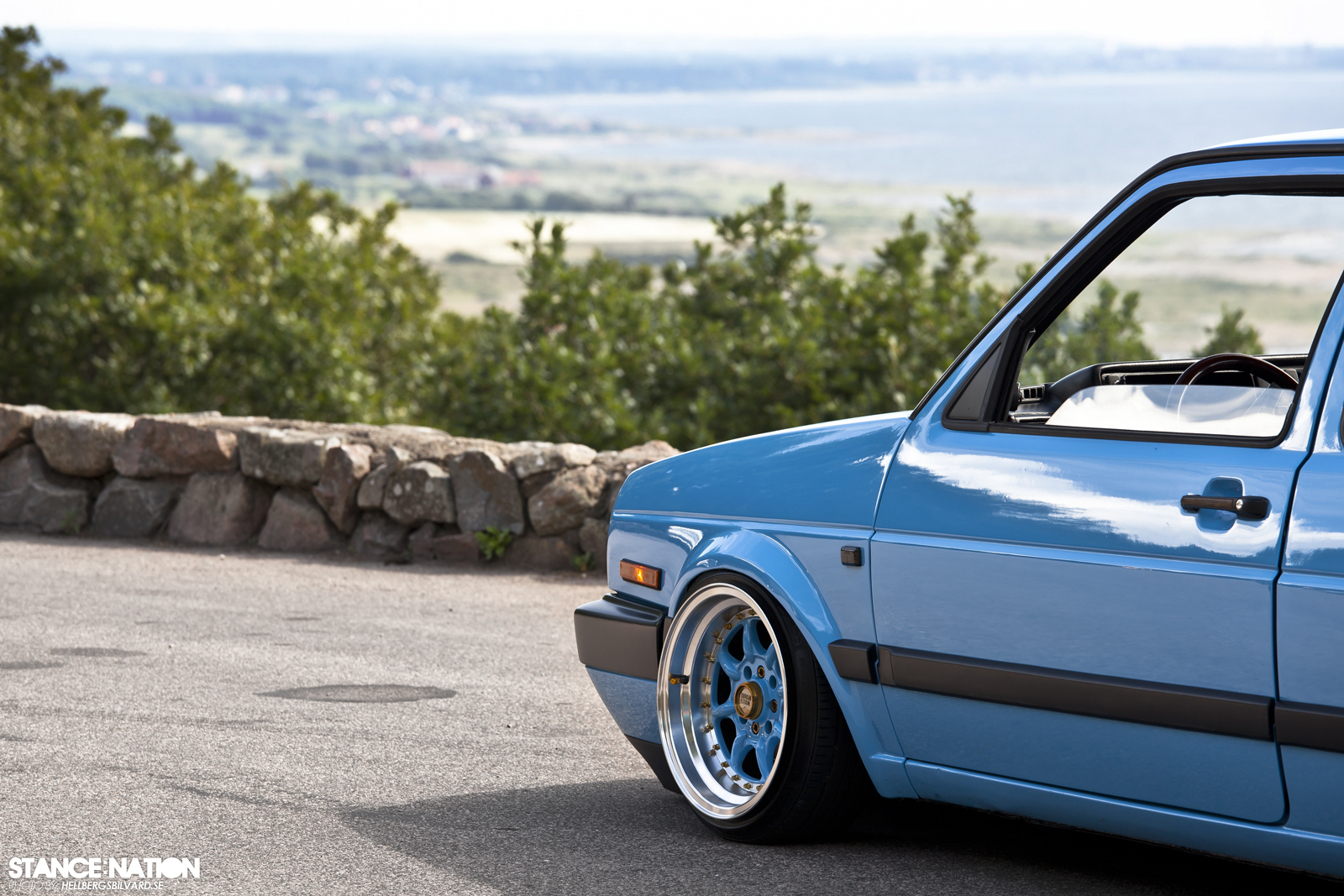 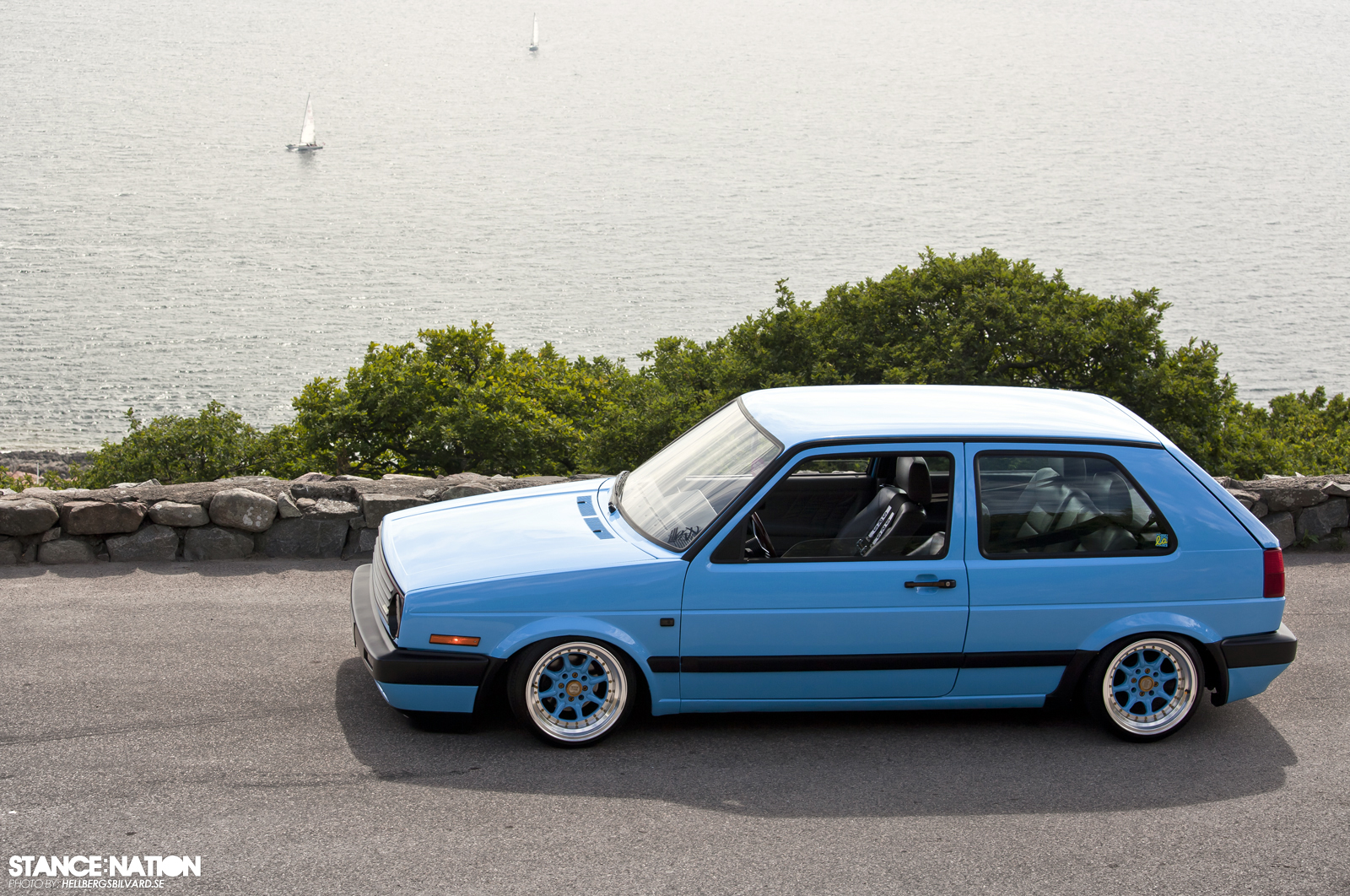 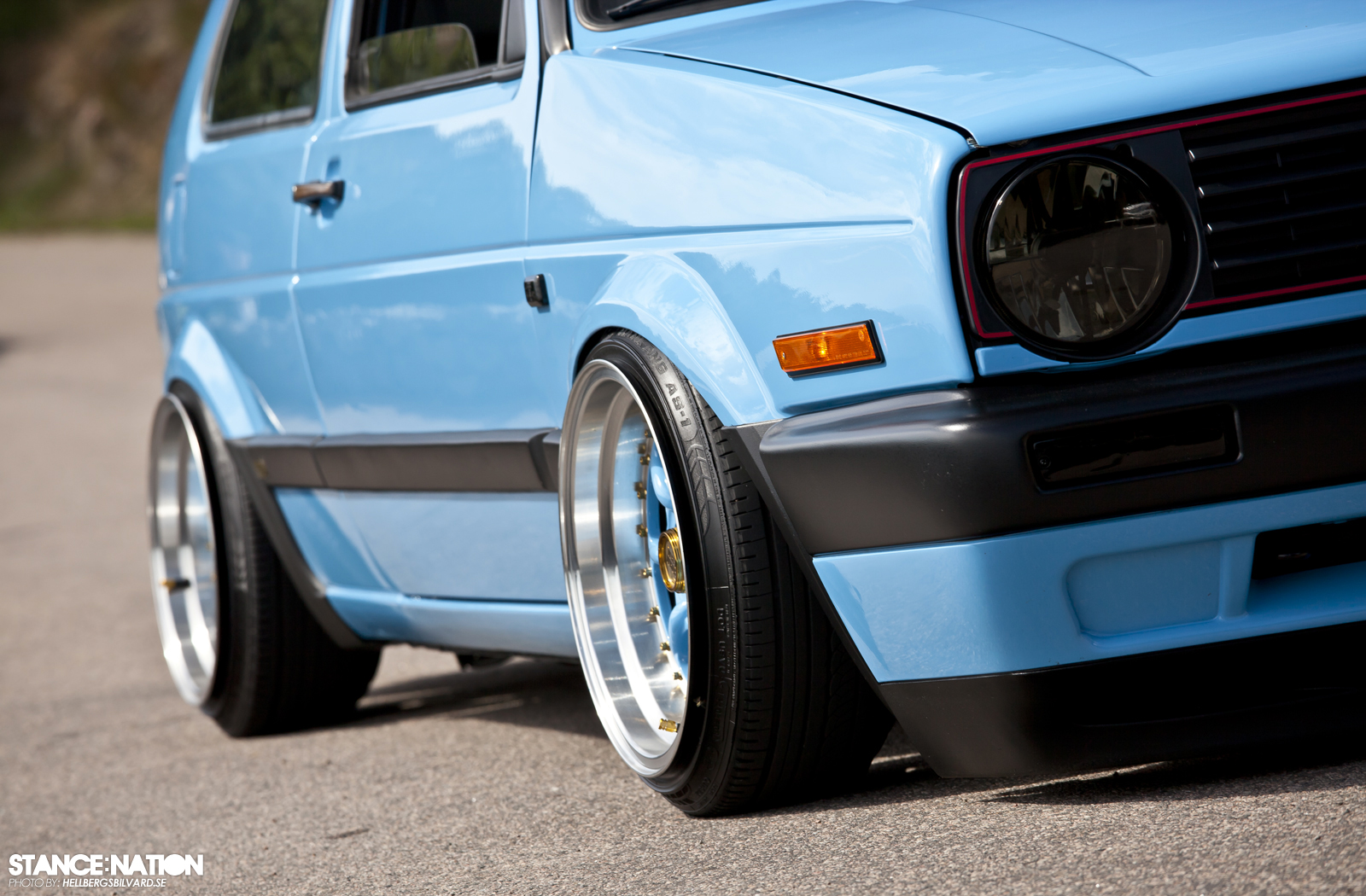 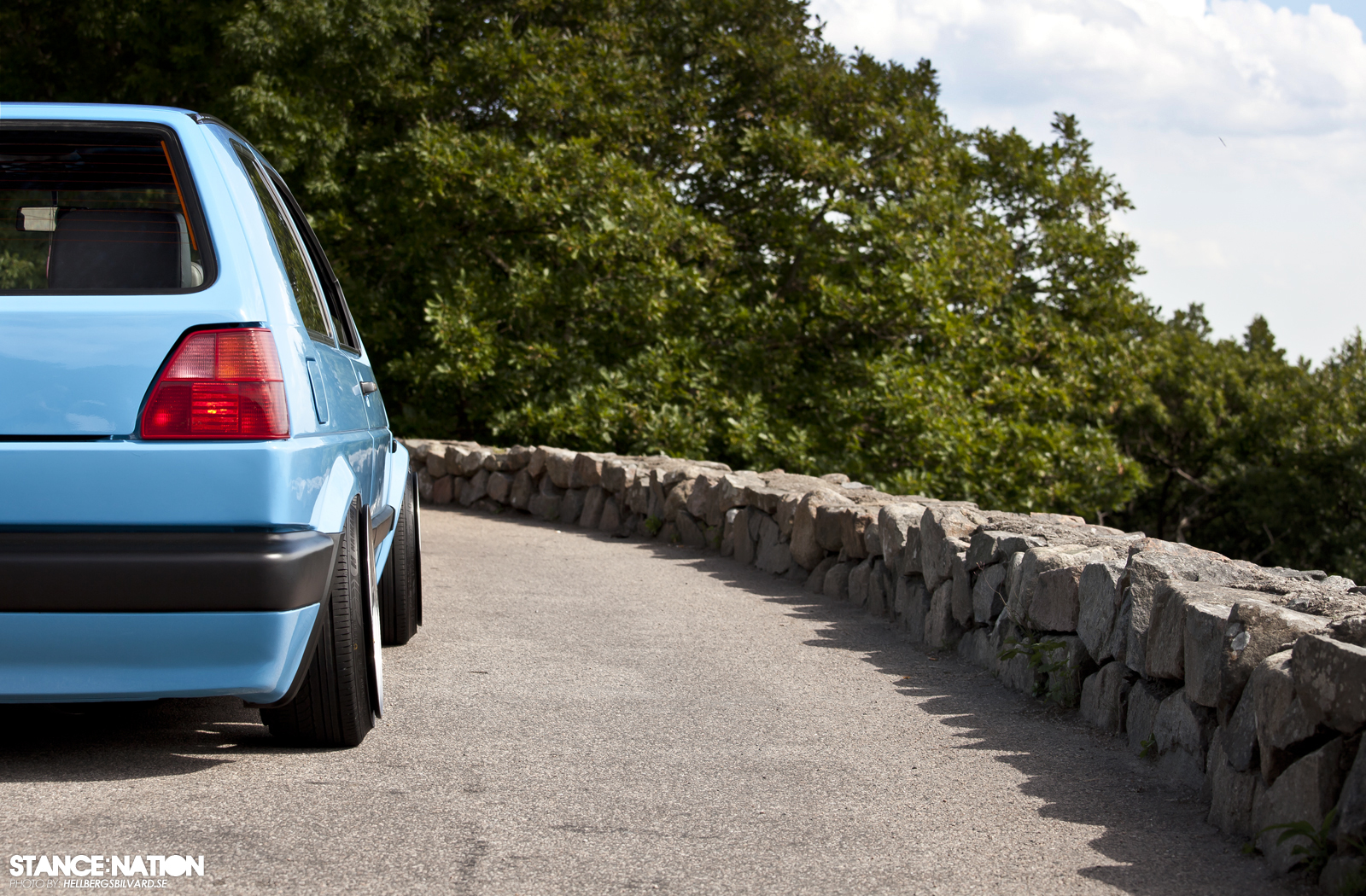 With that said, we’ll end this feature with a few more photos and a big shout out to Rolle, Peter, Jill and all of our awesome Swedish fans. Make sure you send us an email at snfeatures@gmail.com if you think your car has what it takes to be on our site. Until next time, take care and have a great weekend. 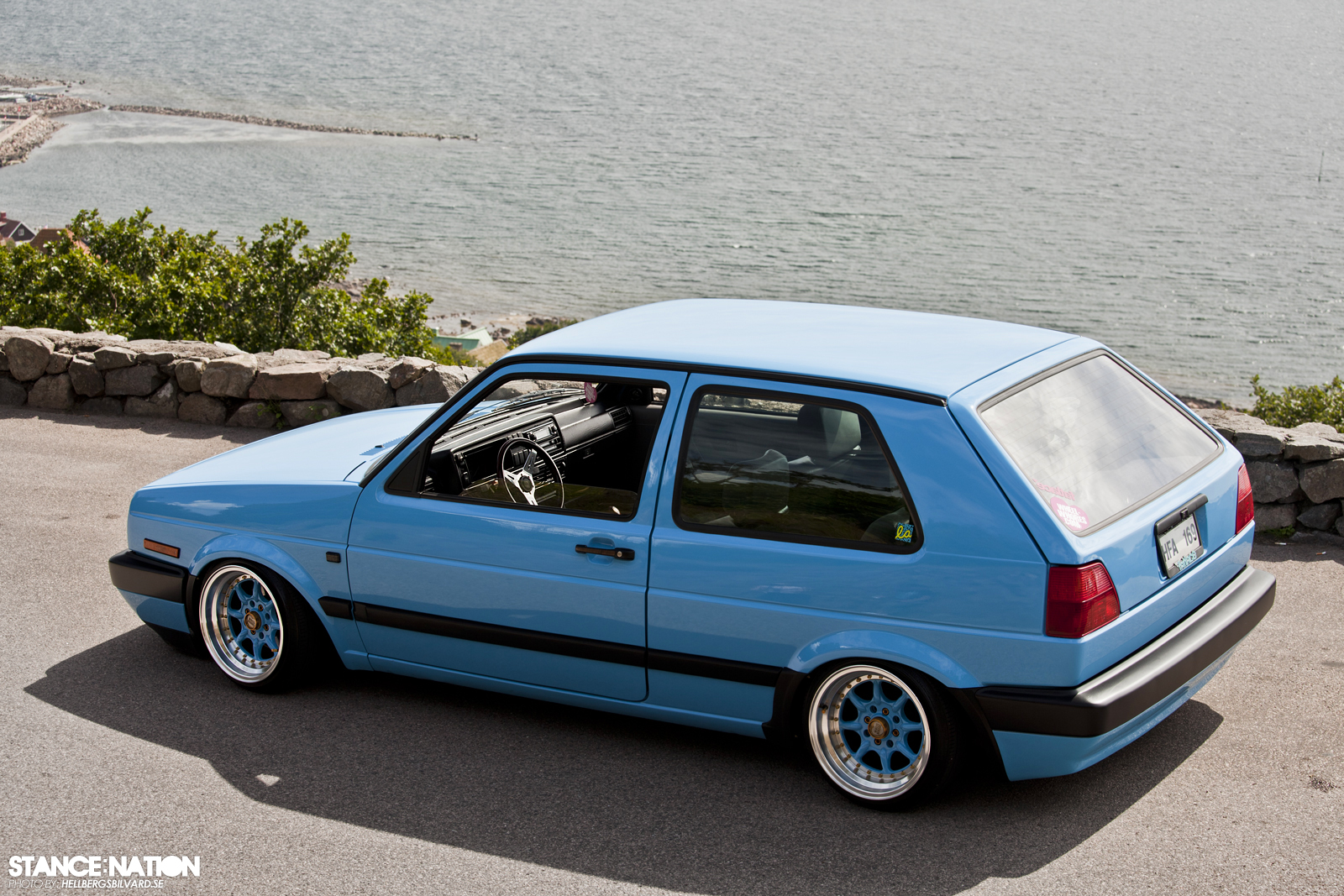 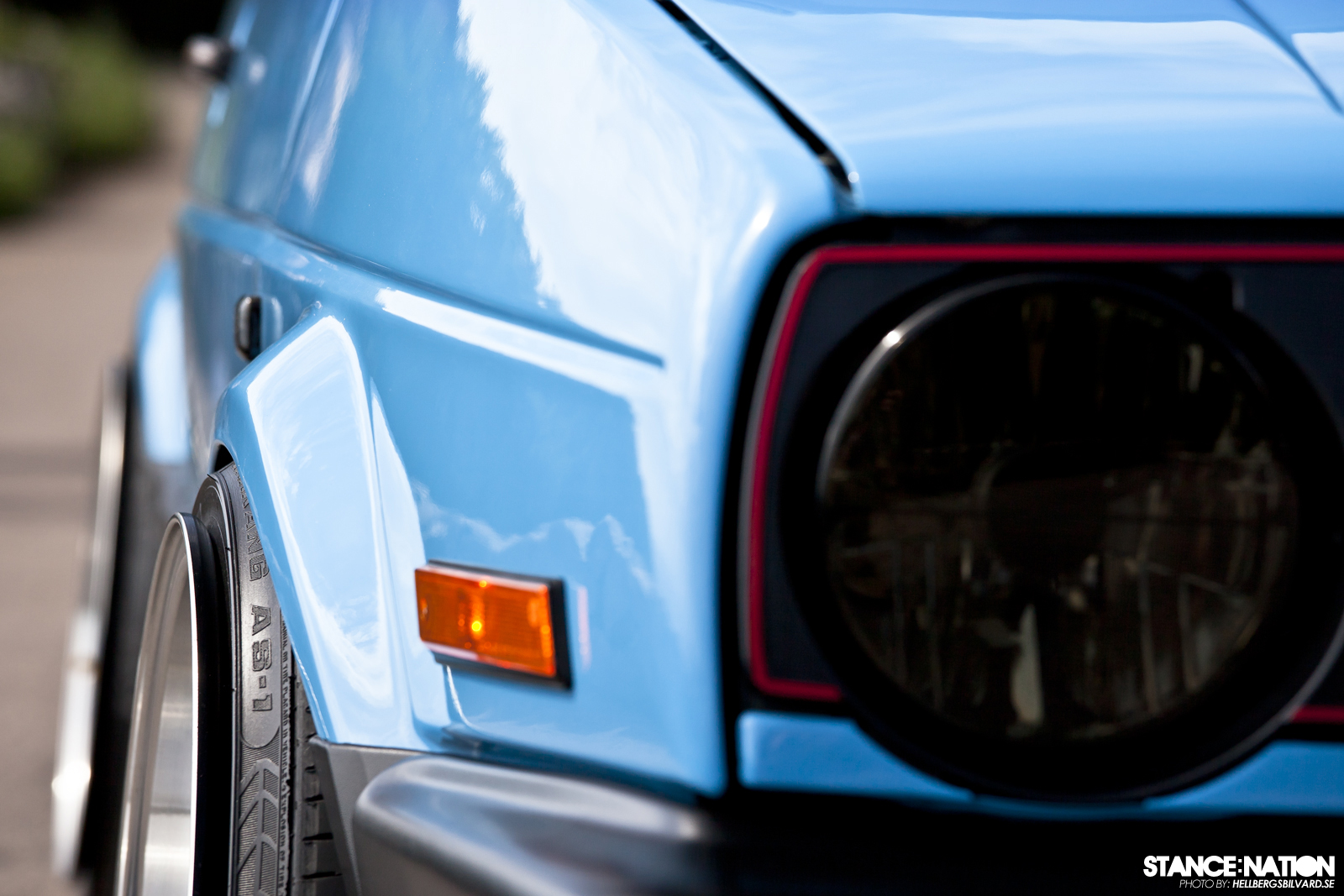 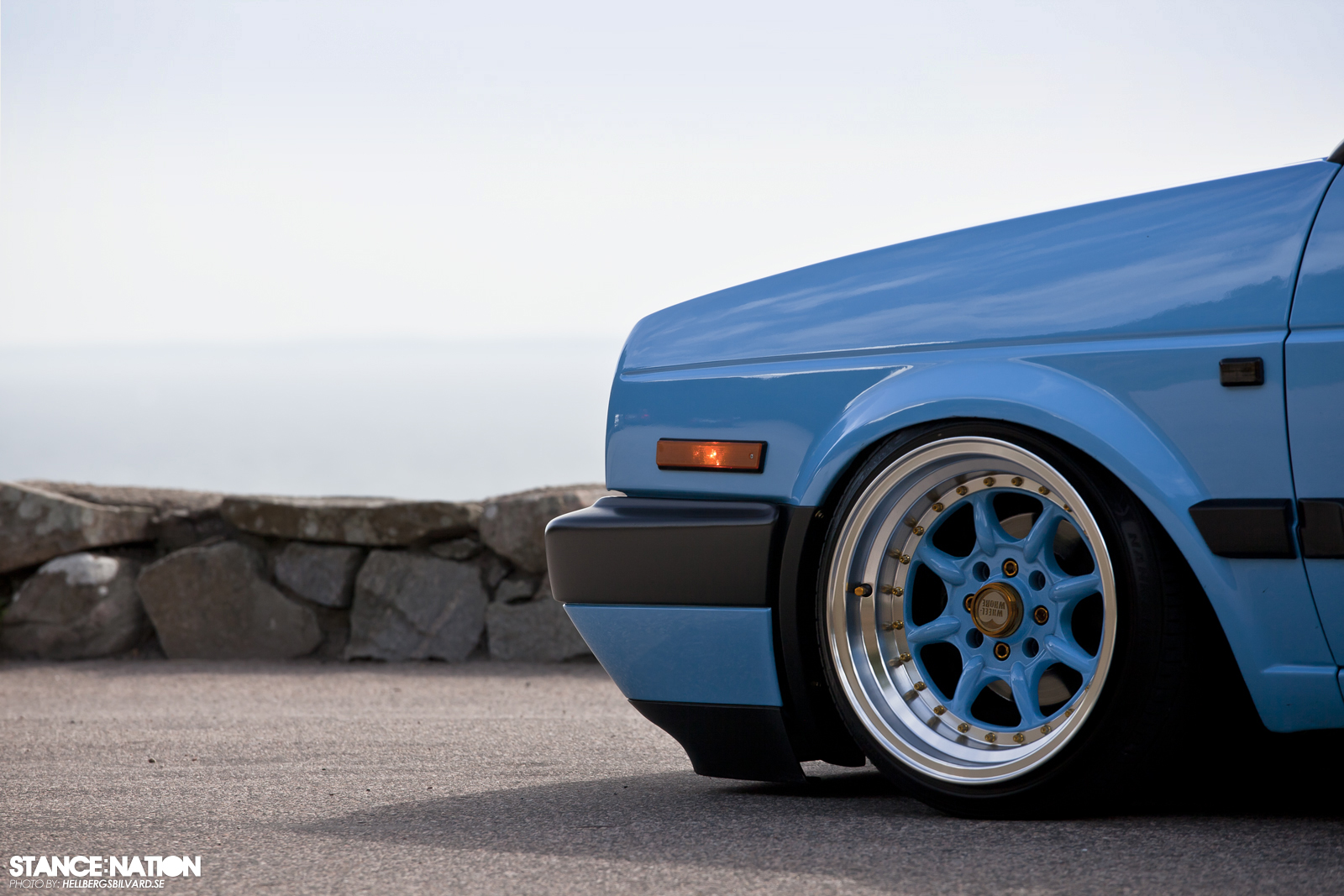 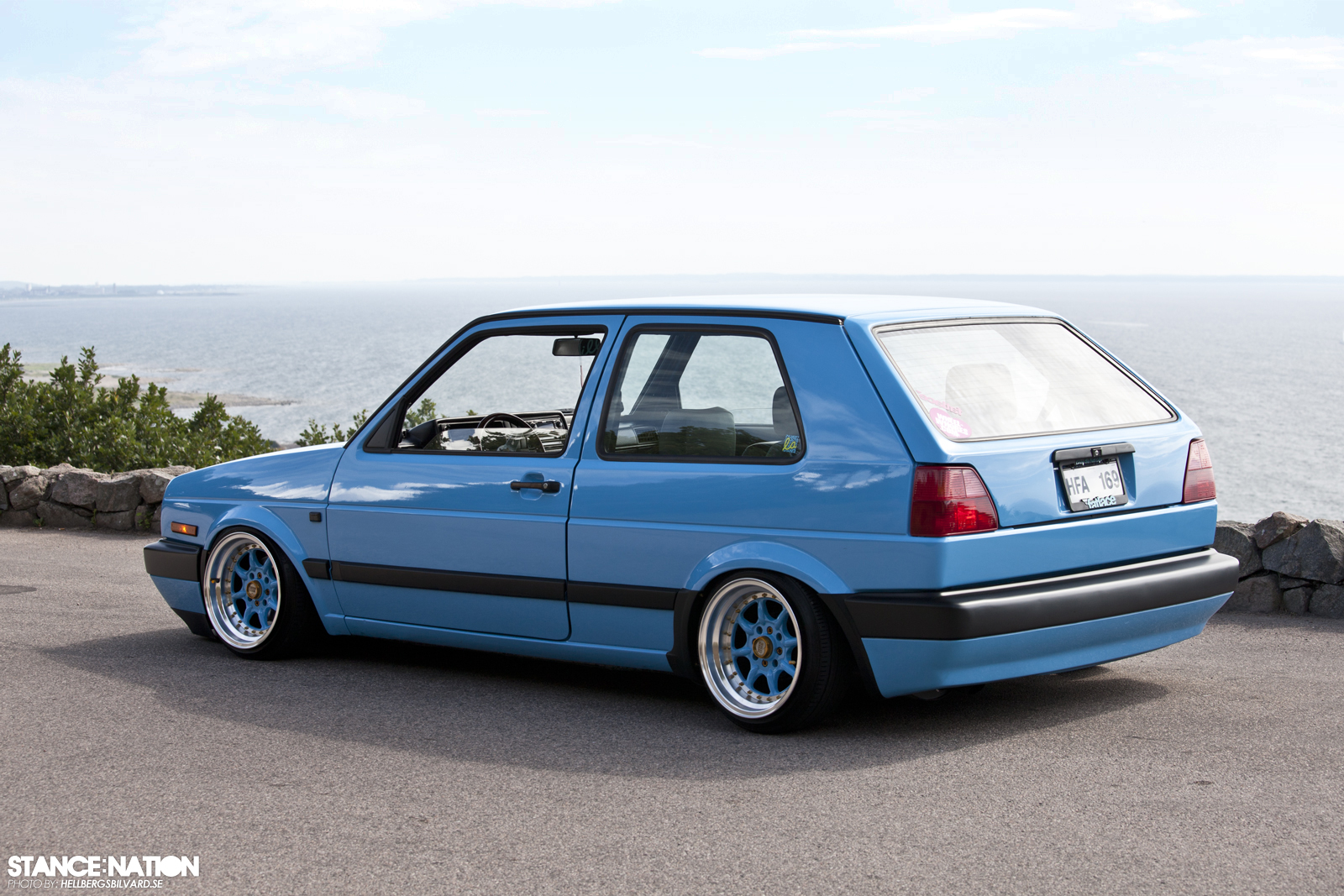