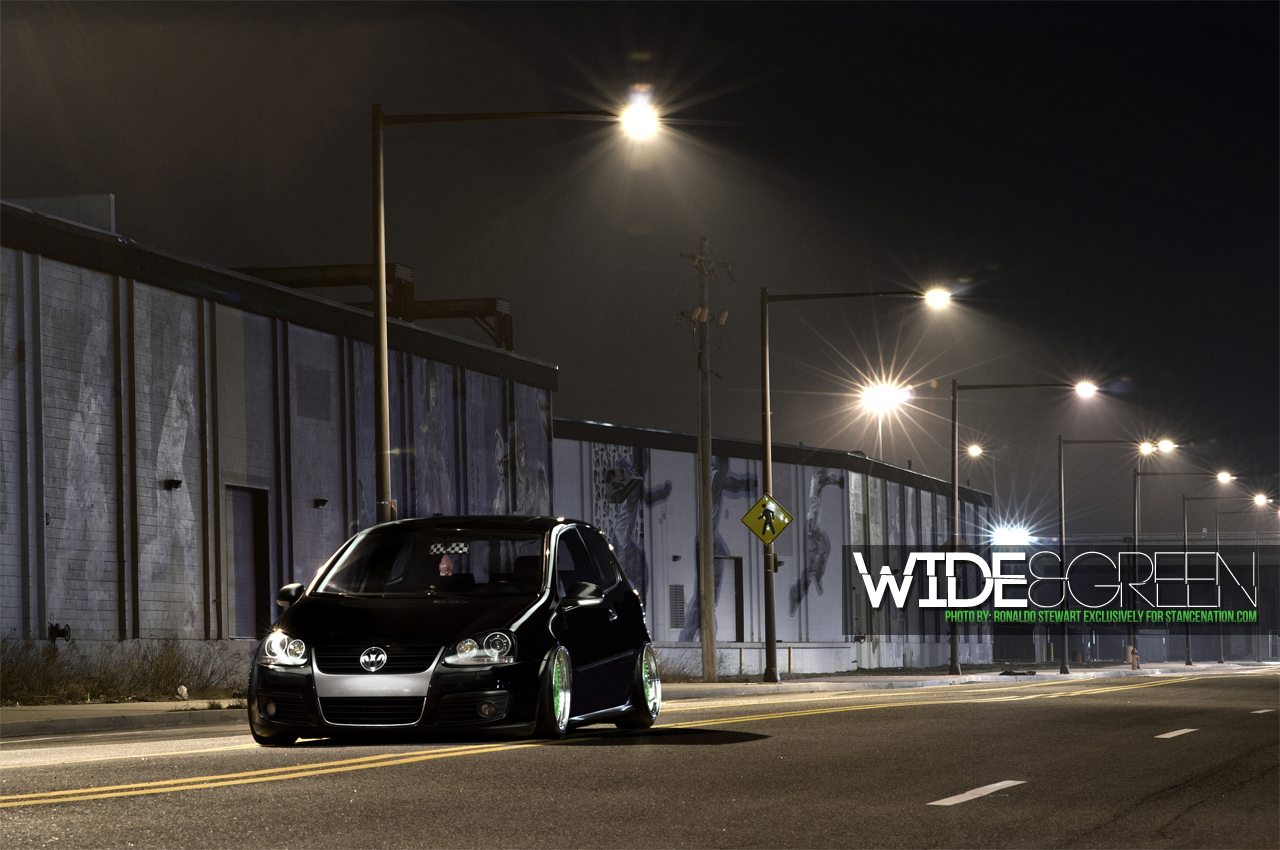 While the left coast may be holding the game down over the winter, right coast certainly brings the heat as spring comes around, especially the “Euro” crowd. One of our talented New Jersey photographers Ronaldo Stewart recently caught up with Marcos to get some pictures taken of the newly mounted BBS RS’s on his daily driver. And yes, we know that Stance:Nation may not be as known out on the east coast but we definitely keep an eye out on you guys and have lots of respect for you. Let’s take a closer look at Marcos incredibly clean 2006 GTI coming to us out of Hamilton, New Jersey. 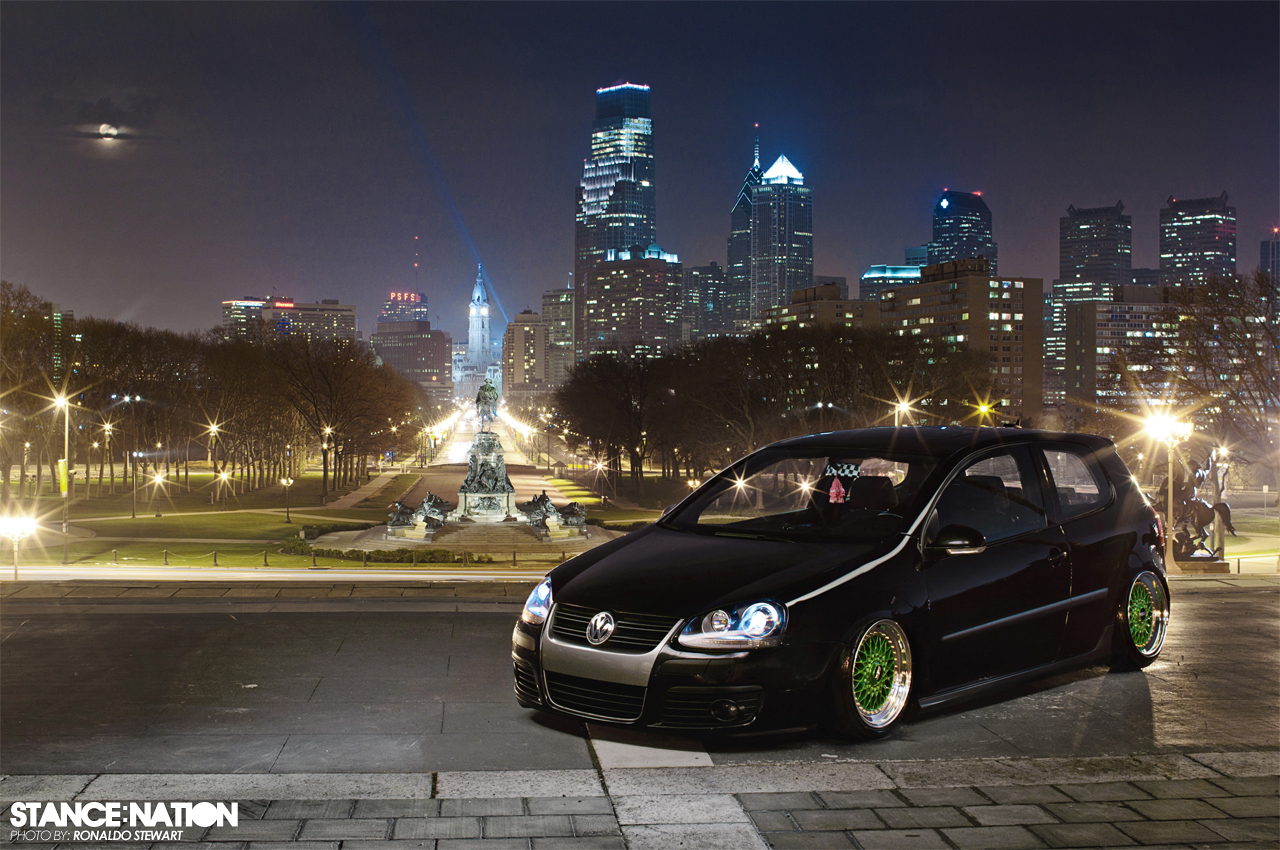 Marcos purchased this relatively stock GTI back in ’08 and got to work right away. At first he wanted to keep it pretty mellow looking, so he got a set of Mercedes AMG wheels and FK Highsport coilovers. As you probably figured by now, that didn’t last long. Before you know it, Marcos was switching wheels left and right and even pieced up an air-ride kit when he got the itch to go lower. Right before H2O in ’09, he picked up a set of RS’s in a trade which were power coated black and silver, and has since not only polished the wheels but he took his 1.5″ rear lips and placed them in the front, and got a new set of 2″ lips for the rears. Most of the stuff was done by Marcos himself, and we give him major kudos for that. 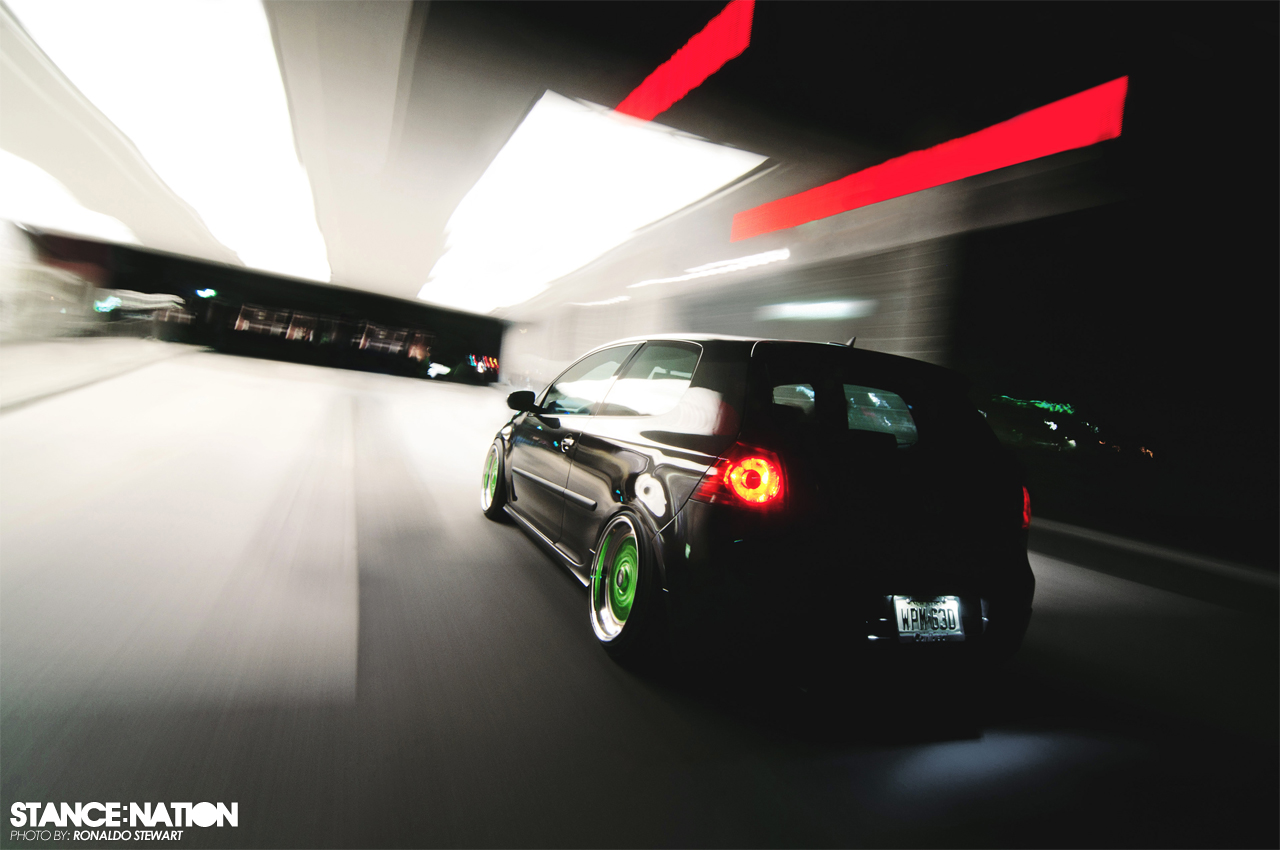 Green set of 17″ BBS RS’s 308, 309 with 1.5″R and 2″R polished lips (low 30’s offset) wrapped in 205/45/17 all around sit perfectly on this GTI. Marcos finished them off with Racing Team Hoffman Gold hardware and Granny Smith Sparkle faces. Hit the Read More button below for a full spec list and a ton more awesome pictures that were taken just a couple of days ago. 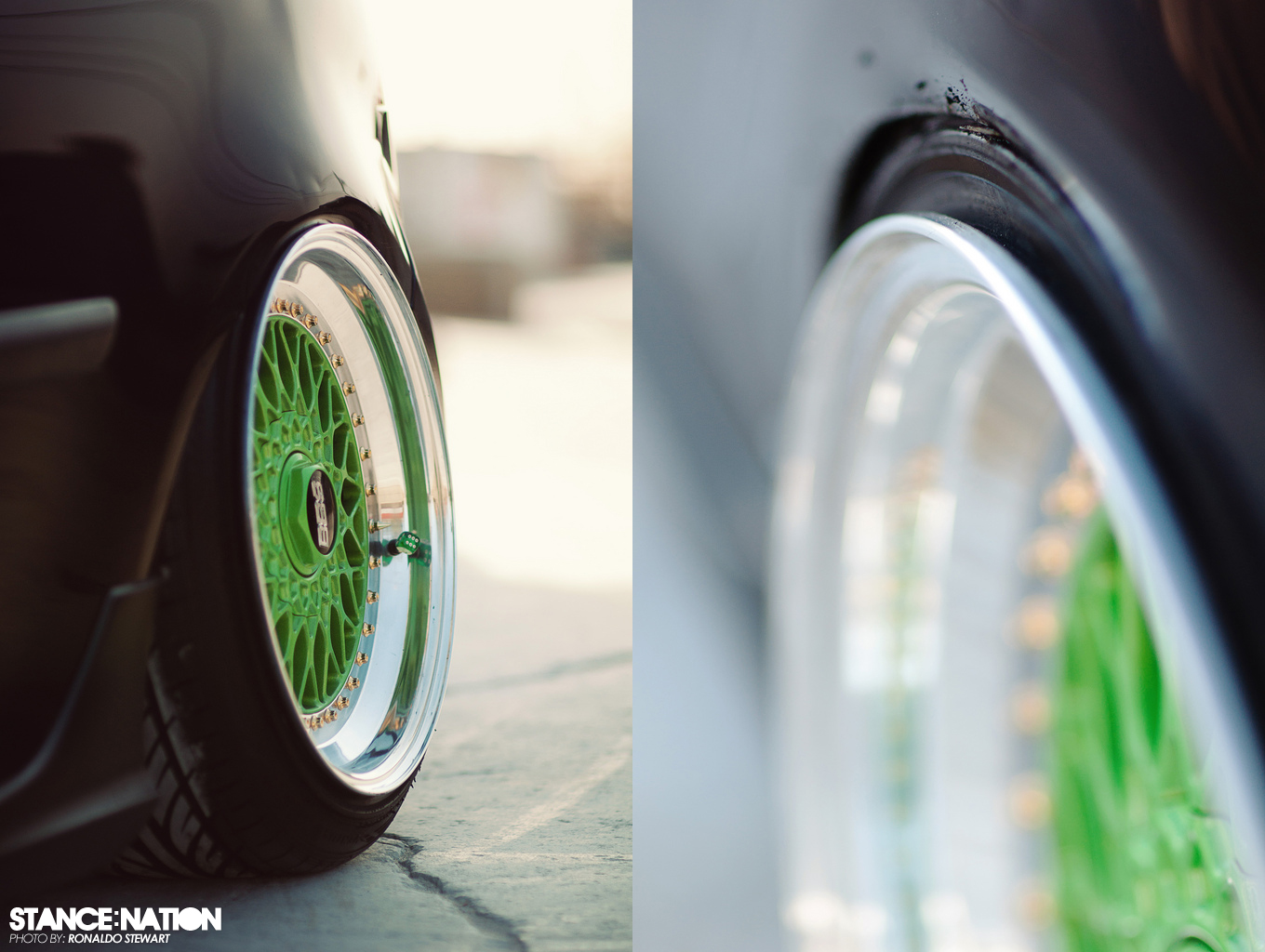 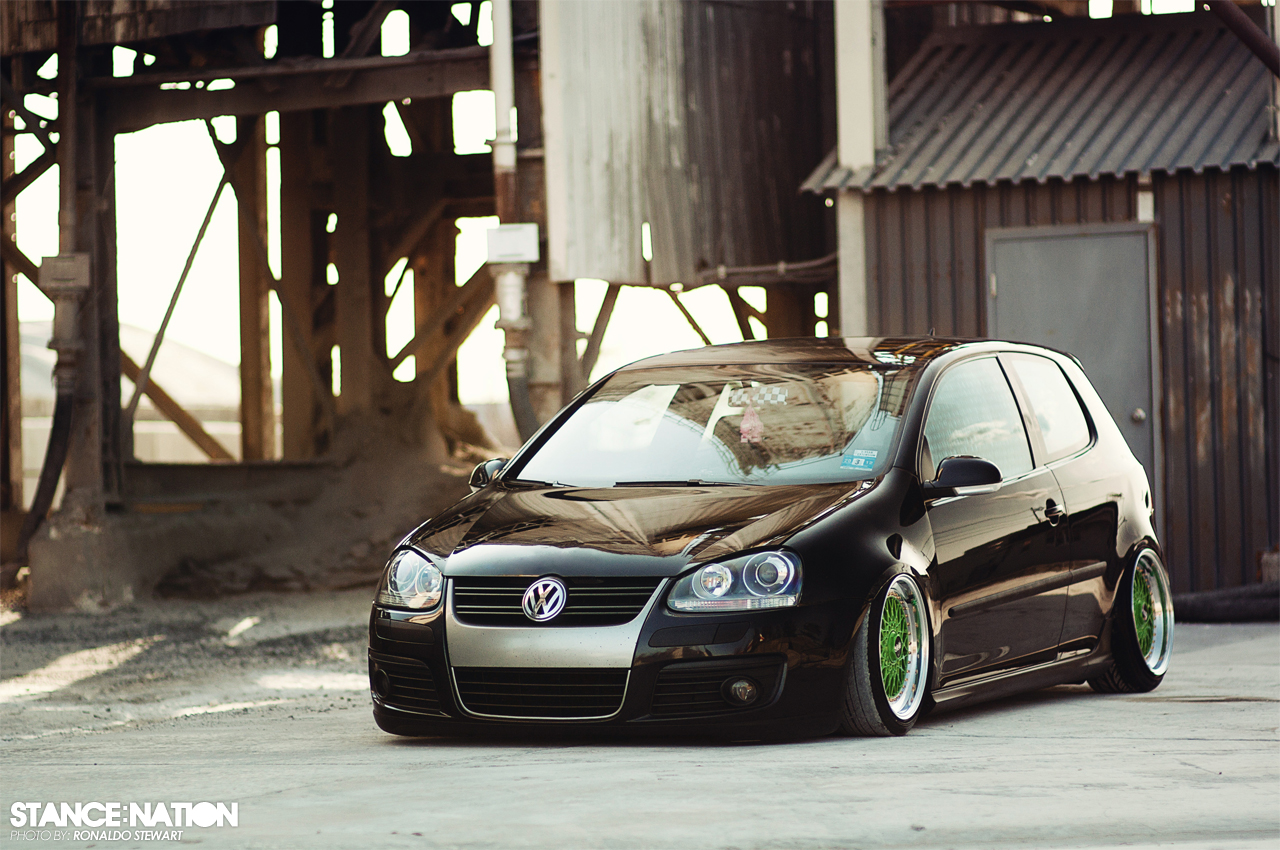 Everyone knows that if you have a bagged VW and are not tucking the rear tires while your wheels poke past the fenders, your ish is weak, right? Well, not necessarily, but it is quite a sight isn’t it? Check out the suspension spec list that Marcos pieced up together. 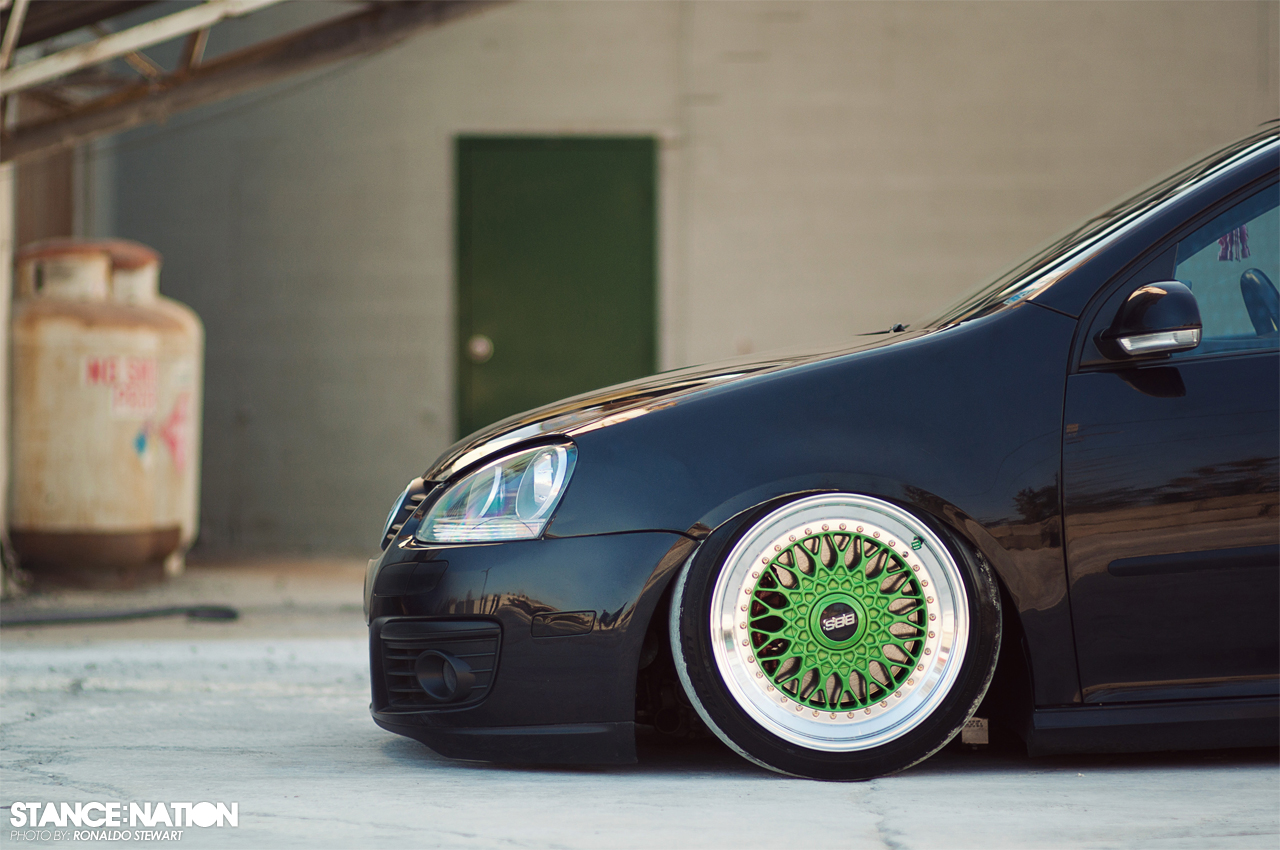 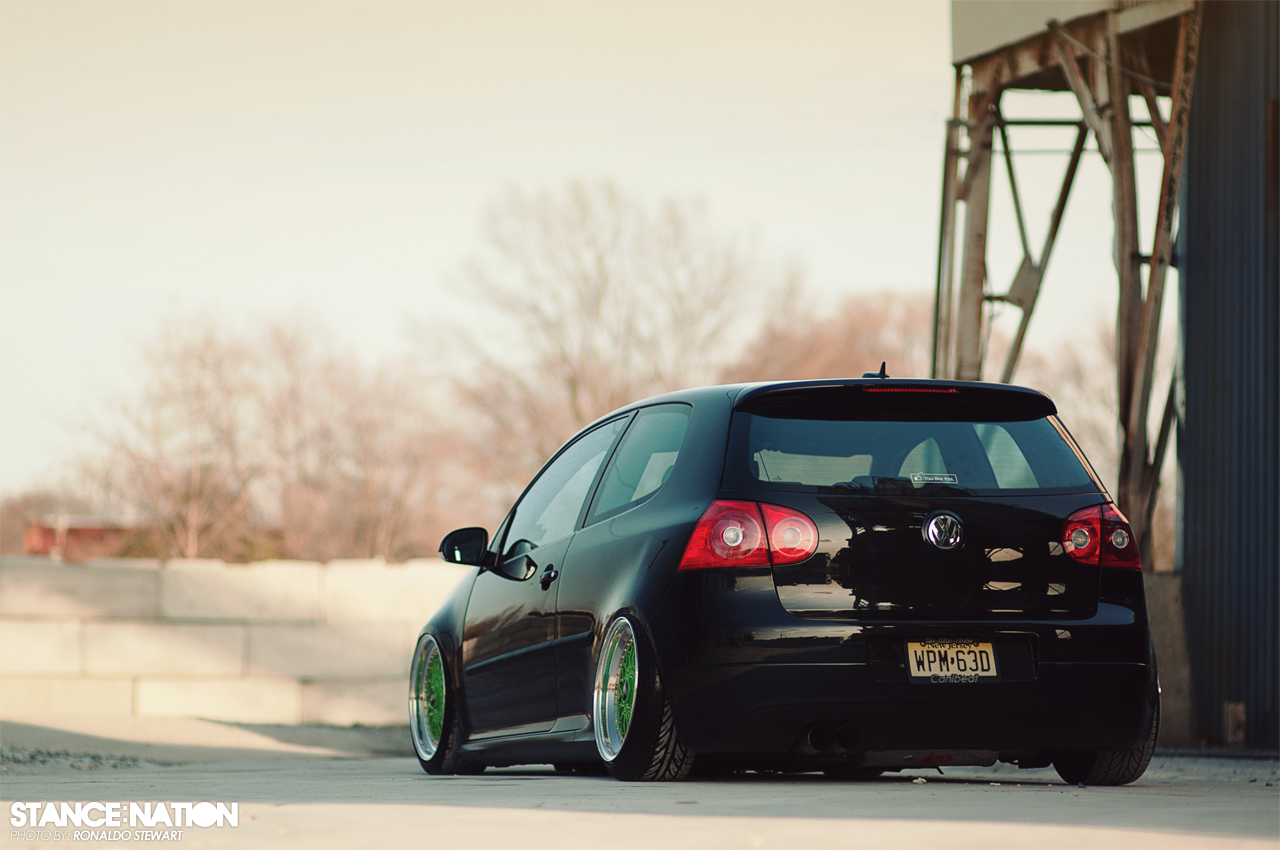 As with every clean VW we feature on our site here, the exterior of this particular one is just perfect as well. Marcos upgraded the front bumper to the OEM Golf GT front end and rear bumper to the OEM European GTI Rear bumper. He also got those side markers painted black to blend in with the rest of the car which in our opinion was a nice touch. Considering this car has well over 100K on it’s odometer and has been Marcos daily driver for years now, it looks absolutely incredible! 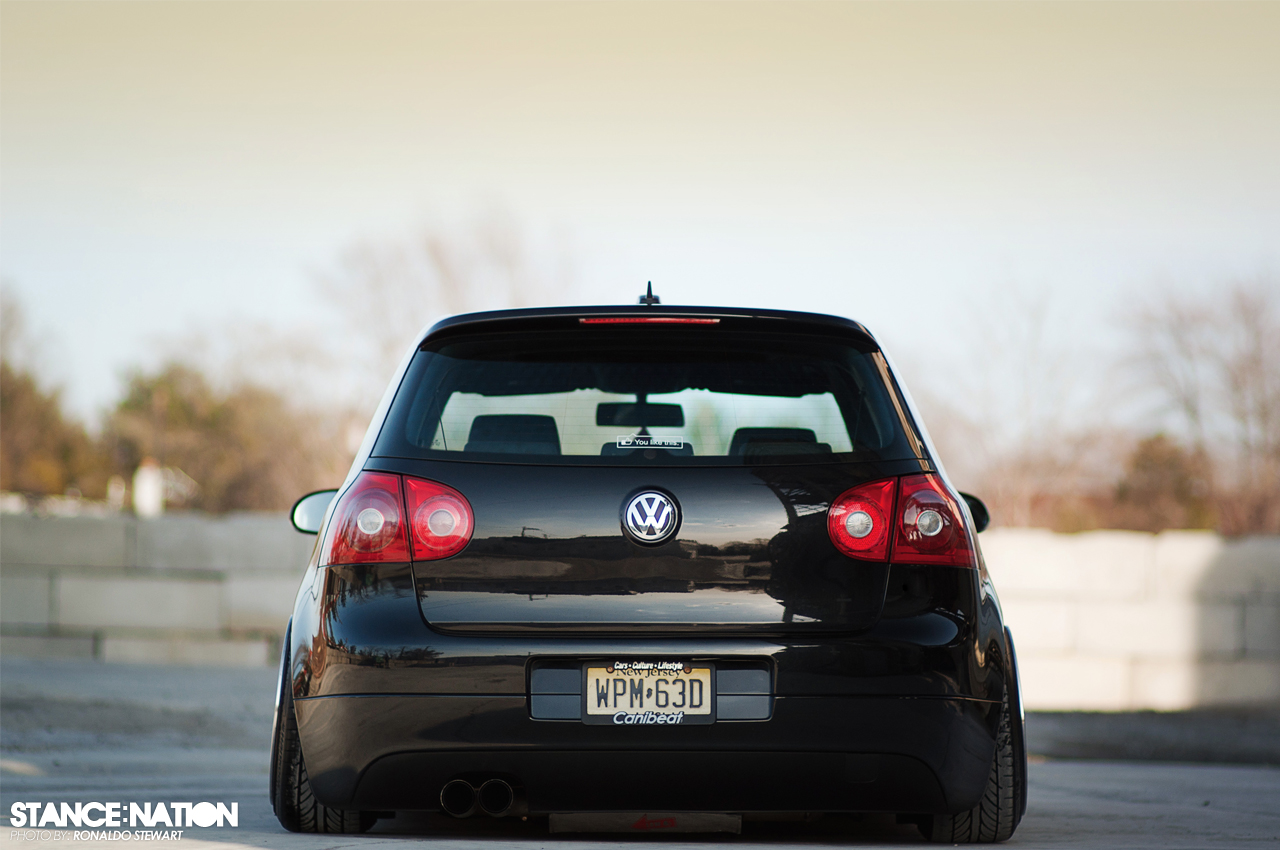 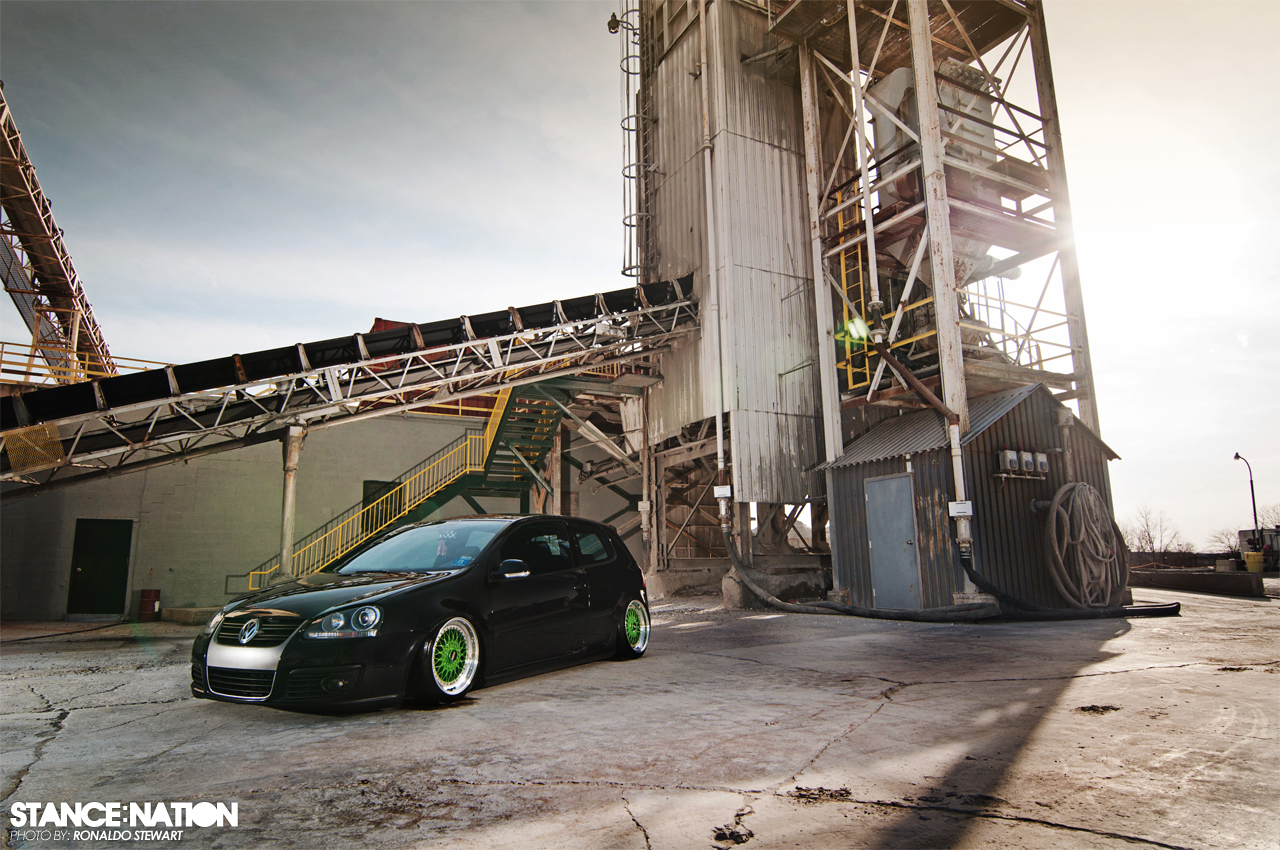 As far as future plans go, Marcos says that he would love to mold a votex lip to the front bumper, mold the rear bumper, shave the sidemarkers and headlight washers, wrap the steering wheel in black alcantara, a big turbo kit, roll back the odometer 100K miles and a do a full re-spray. Quite a list we know, but we are very confident that sooner than later most, if not all of those things will come together. We can’t thank Ronaldo and Marcos enough and we hope that all of our fans around the world realize that the east coast knows how to get down too! Make sure you hit our photographer Ronaldo Stewart up if you think your ride has what it takes to be on Stance:Nation! 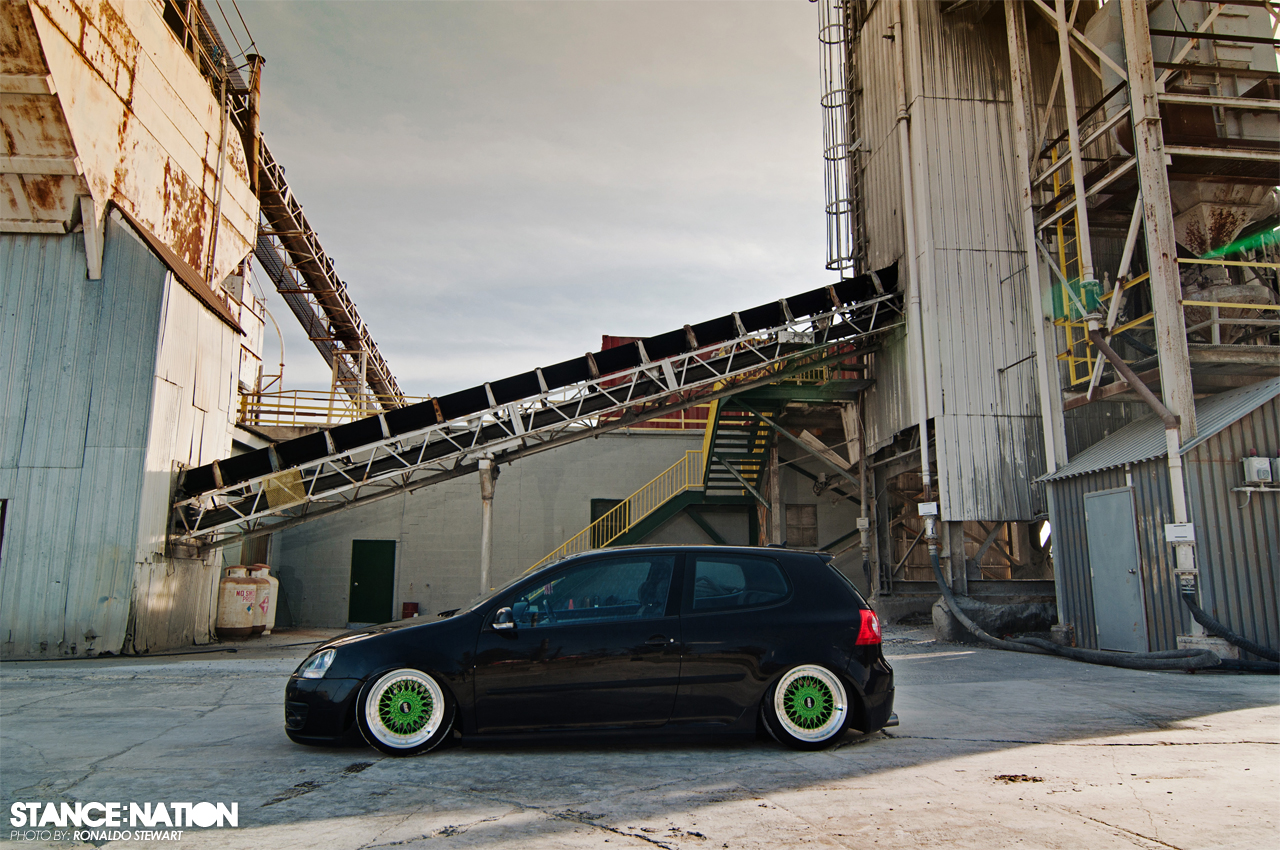 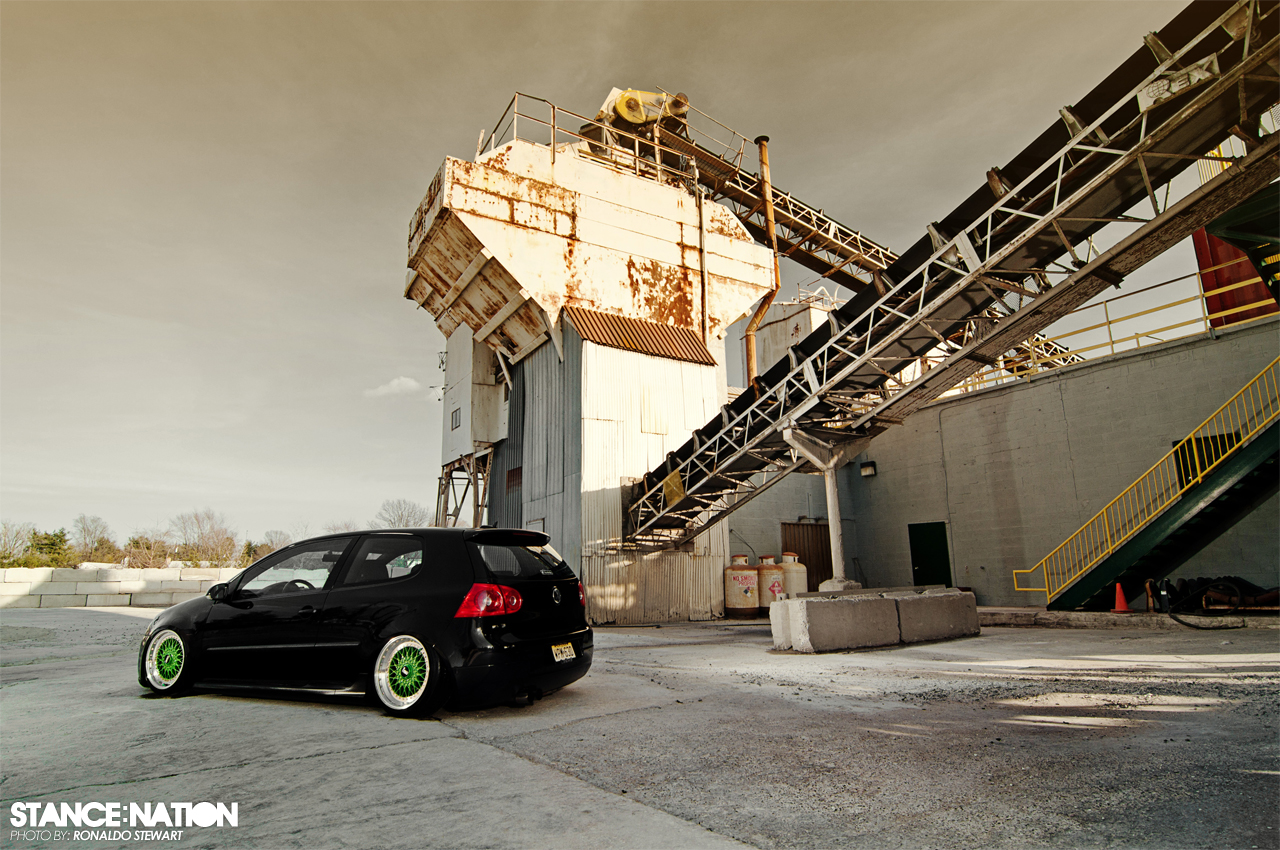 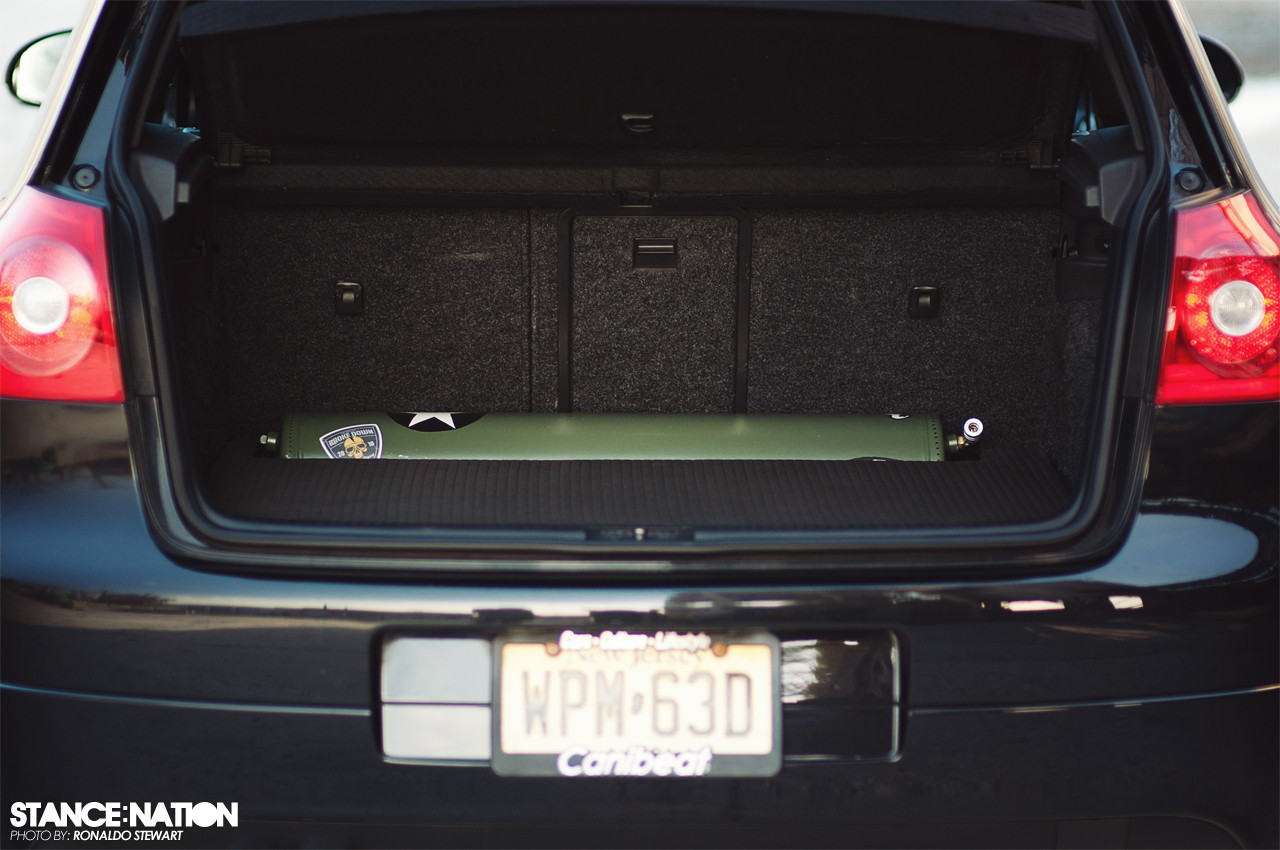