Function, form, and fit, all words that could be used to describe Srun Sookmeewiriya’s Evo 9 SE.  Srun’s take on modifying his Evo is one of my favorites; How can one not love the look of an EVO that’s ready to tear up the track yet still sit just right on the street! Modifying cars is a true balancing act. The car has to make sense, the mods should match some sort of theme and tell some sort of story.  The car becomes a piece of art, with the world being its backdrop.  The car in the end is an extension of the owner, the tangible form of a vision that was once a dream that has now become a reality. 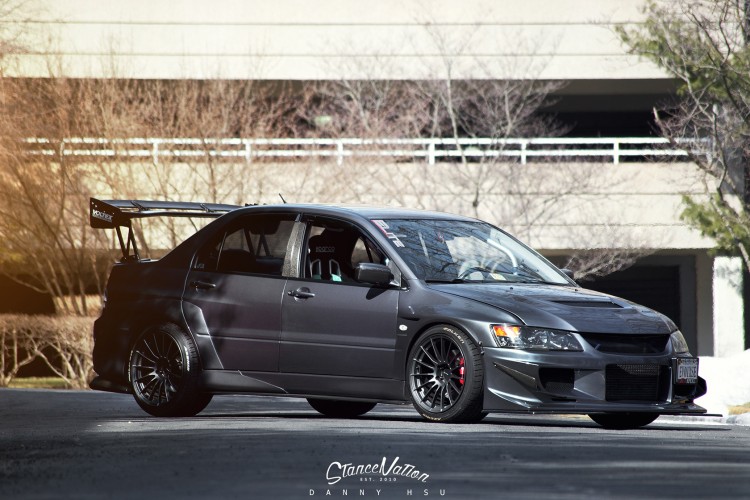 The Mitsubishi Evolution is loved by pretty much all of us, and for good reasoning. The potential is pretty much endless with the various styles to modifying, but the “track stance” is what the EVO seems to wear best in my opinion. When you glance at an EVO you can’t help but think about craving up some back roads or perhaps bouncing off two-step and feeling the rush of an all-wheel-drive launch. The car just looks raw and begs to be driven and Srun built his Evo to do just that. On daily basis at that. 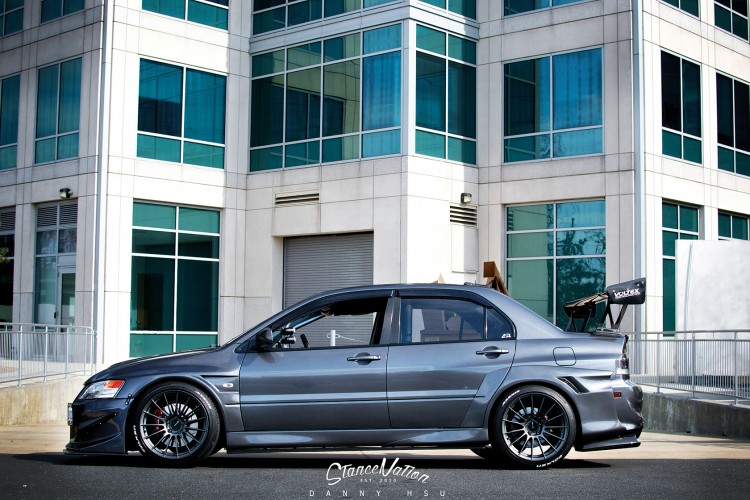 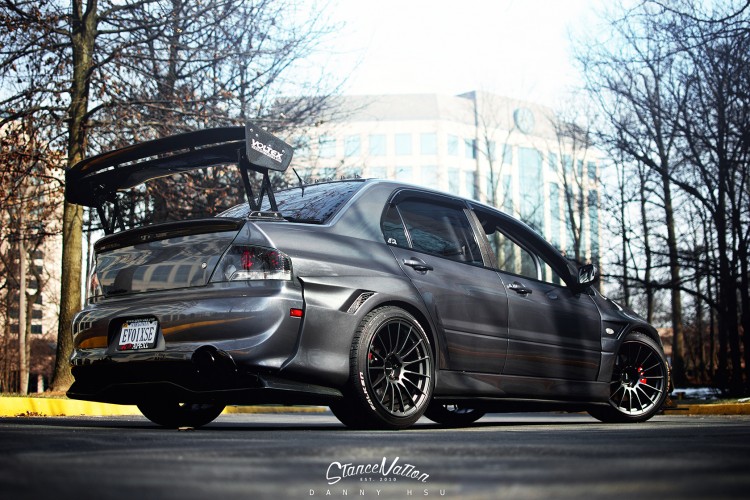 Srun has outfitted his EVO 9 with some very nice pieces from Voltex which help to give the car such an aggressive pressence.  The Voltex widened front and rear fenders look right at home on the EVO as if they should have come factory from the factory.  The custom work done on the rear fender for the USDM bumper looks amazing, especially with the way it frames the entire rear end of the car.  Sitting atop the trunk is a Voltex GT wing, affixed using carbon legs and mounts to ensure it stays secure back there.   The carbon Voltex rear diffuser helps to balance out the back and add to the overall mean pressence of the car. 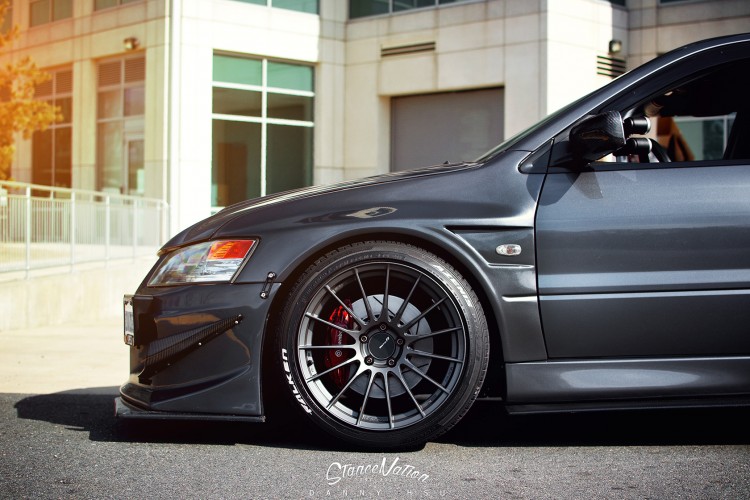 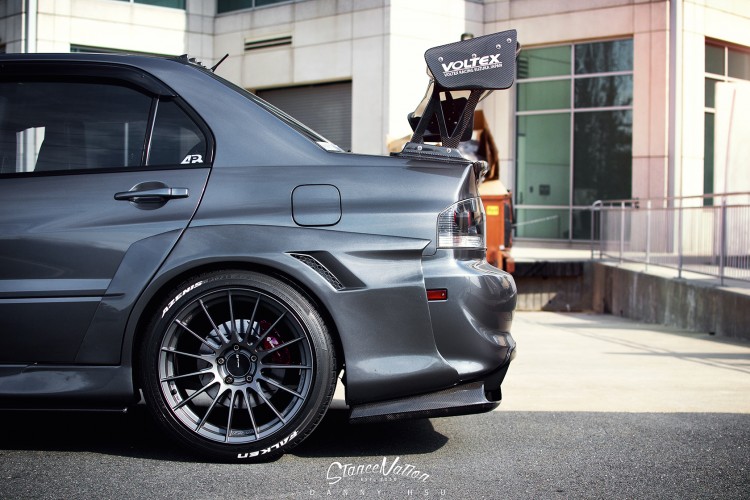 Srun’s choice of wheels was Enkei. This particular wheel may look unfamiliar to some as it is of the newest models released by the company this past fall. The RS055R is just a great light-weight multi-spoke wheel.  The RS’ come with multiple faces but Srun opted for the M (middle face), which are semi-concave measuring 18 x 10.5  and wrapped in 275/35 Falken Azenis’.  The wide wheel and tire package was a no-brainer for the wide Voltex kit. 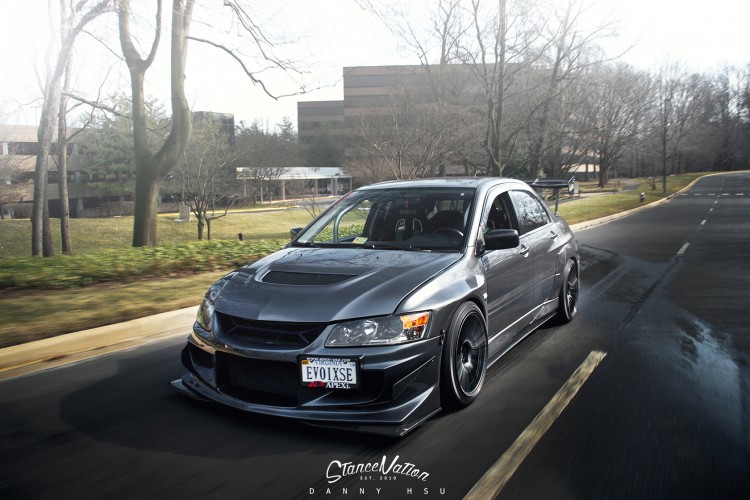 Up front the Evo sports a Technical Factory Hirano front bumper. The Hirano front bumper is not commonly ran as it’s hard to obtain, giving Srun’s Evo that uniqueness compared to other CT9A’s that run the full Voltex kit.  Speaking of Voltex there is a single Voltex carbon canard on each side of the front bumper.  The carbon front lip helps compliment the Rexspeed carbon side skirt extensions.  Srun decided to paint his Seibon carbon hood graphite gray to match the body of his car.  In my opinion carbon should be used as an accent, it’s one of those things where too much isn’t necessarily the most attractive thing. 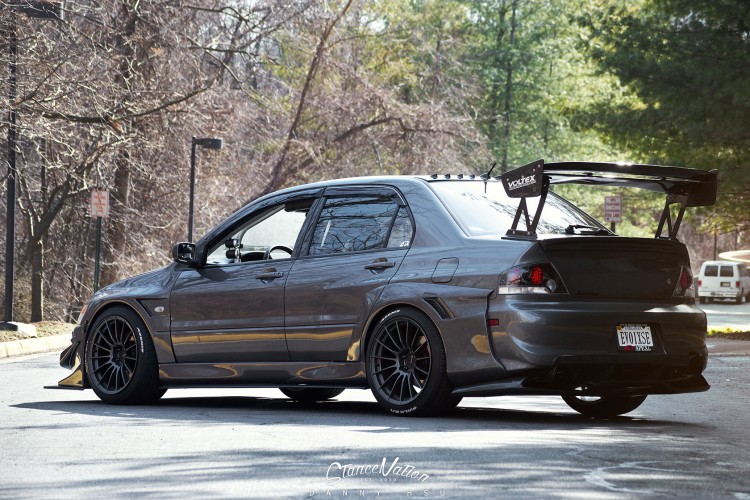 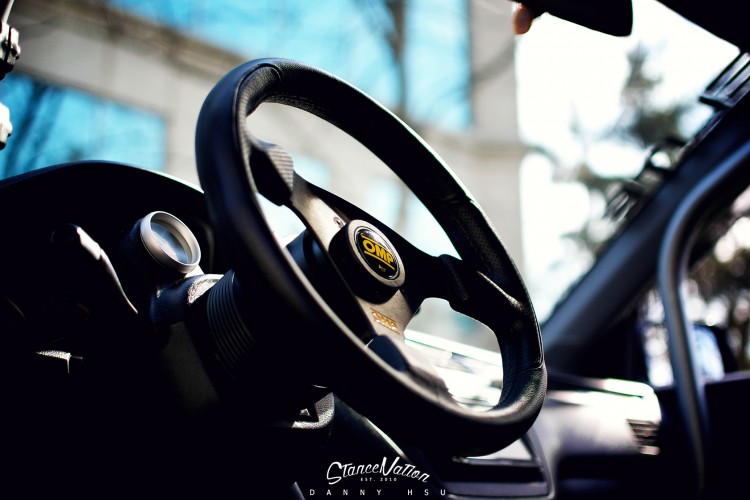 The interior is fitted with some nice race inspired pieces that flow with the outside of the car as well.  The most notable standout would have to be the cage of course which is a 6 point made by Godspeed.  The front factory Recaro seats were swapped for Sparco Milano’s one of both the driver and passenger.  An OMP steering wheel was added to the mix with Works bell Hub and NRG quick release. 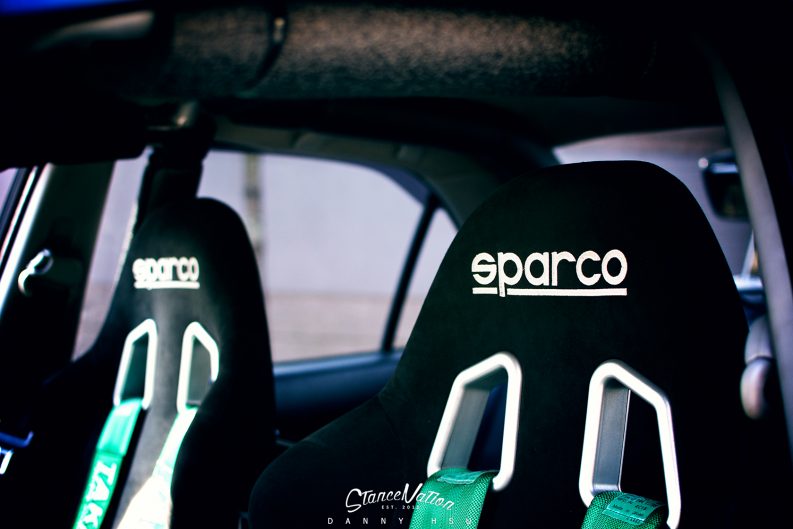 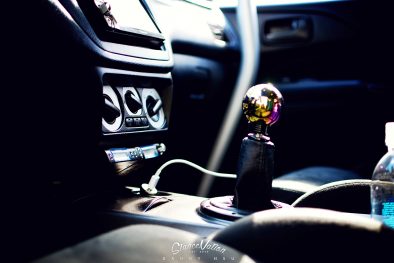 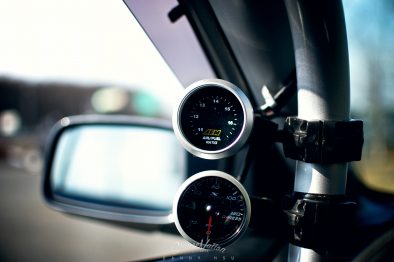 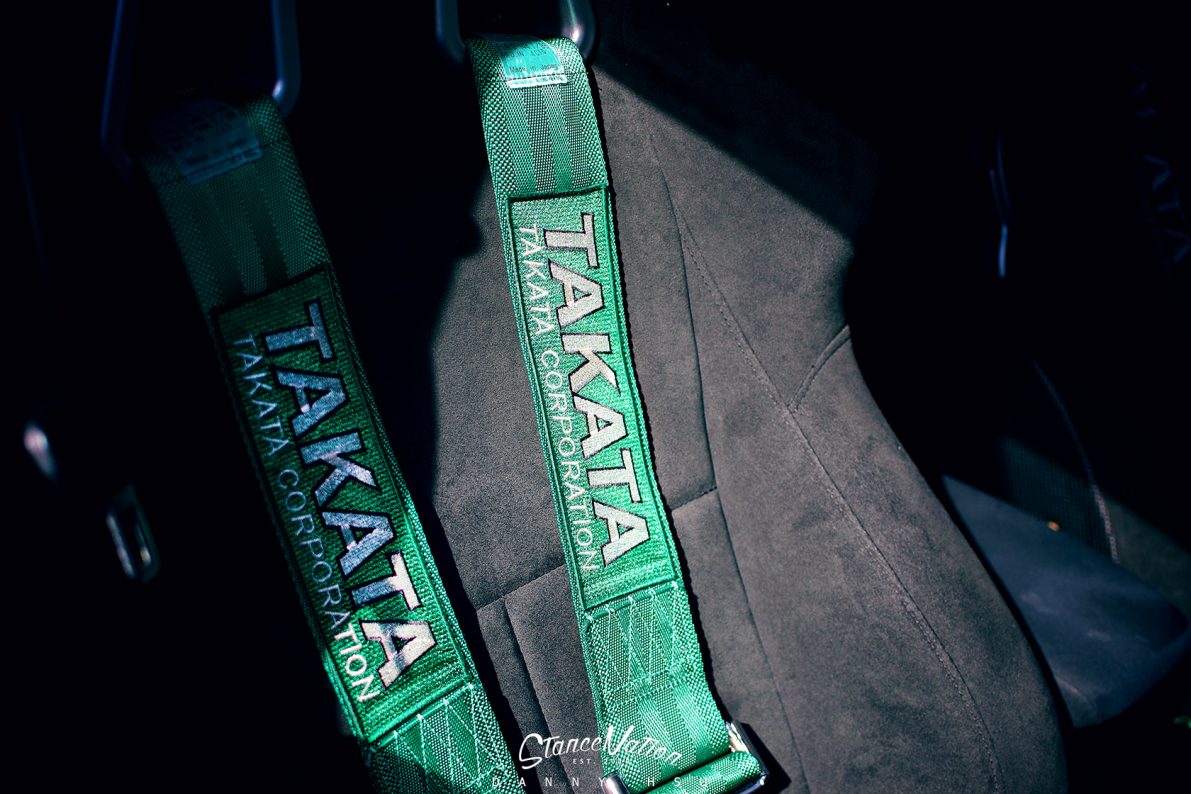 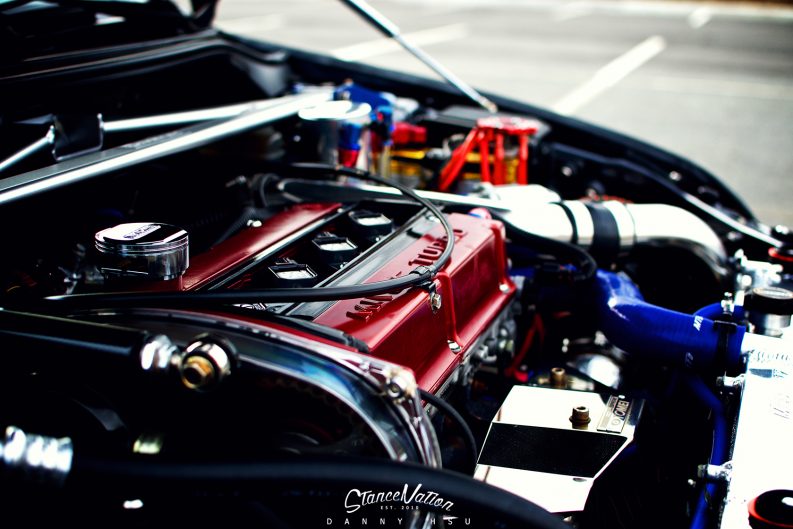 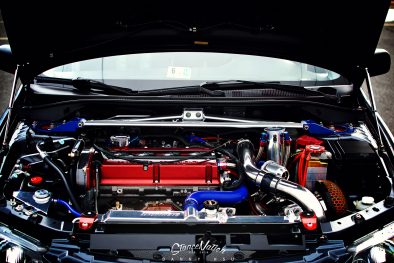 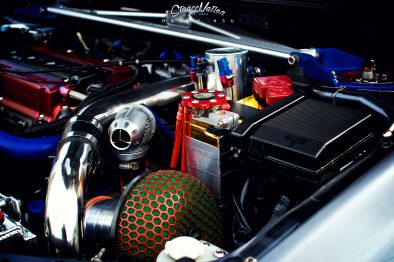 As you may have guessed by now, no attention to detail was left out under the hood.  The Evo was tuned by Moore Automotive in Virginia by Chris Hoover and it makes a respectable 366 WHP. Not bad for a stock turbo car on stock cam, using Speed Density, right?   Srun has used bits from HKS in the form of intake and BOV, ETS supplied the inter-cooler kit, and Cusco was chosen for the oil catch can (just to name a few parts). 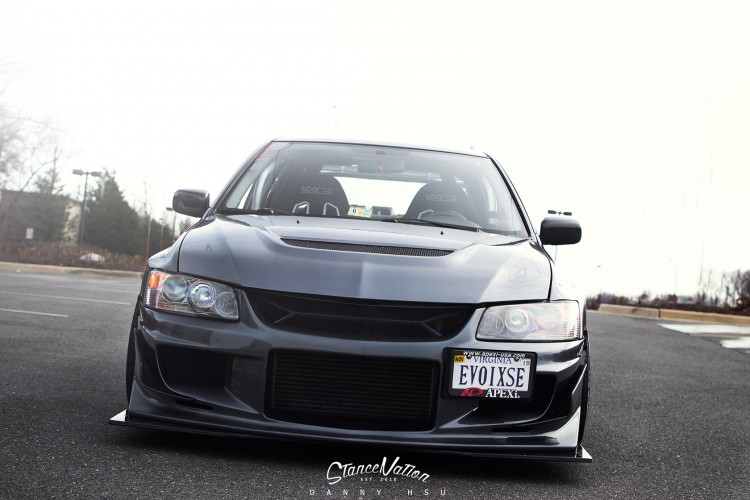 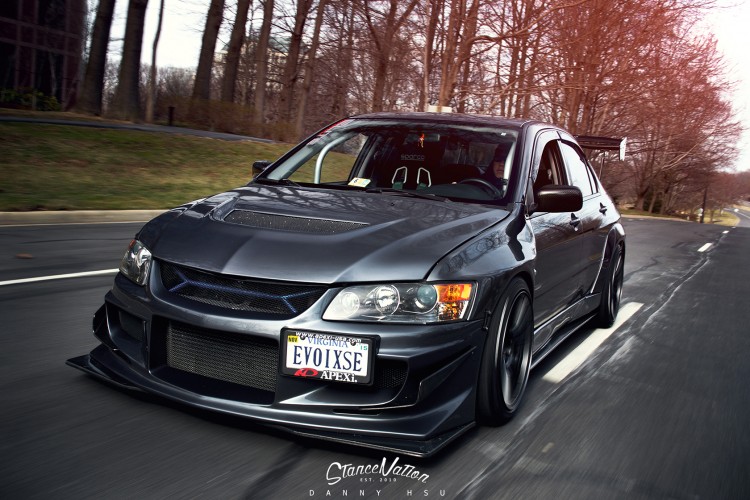 For now, Srun is complete with the exterior modifications to his EVO. Future plans include swapping out the USDM rear bumper with a JDM one (which is going to take the car’s appearance to another level). He is really eager to get started on more performance-oriented modifications as he has not reached his realistic goal of 400 wheel horsepower yet. Once the upgraded cam, fuel rail, injectors and retune are done, he should not be too far off based on where the car current sits now though. 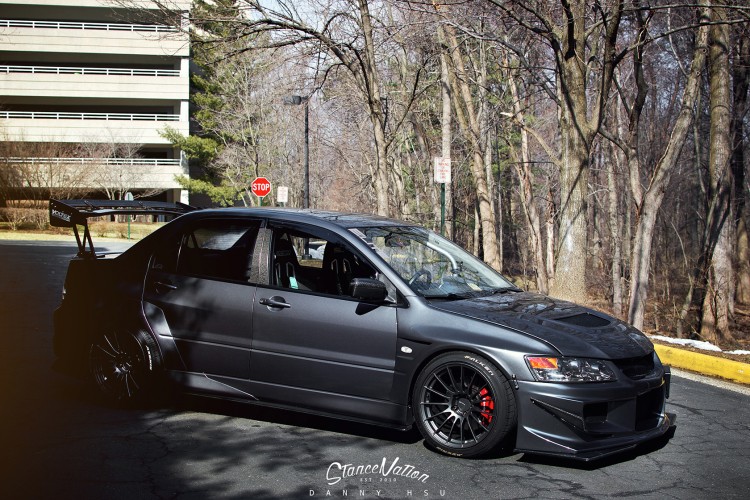 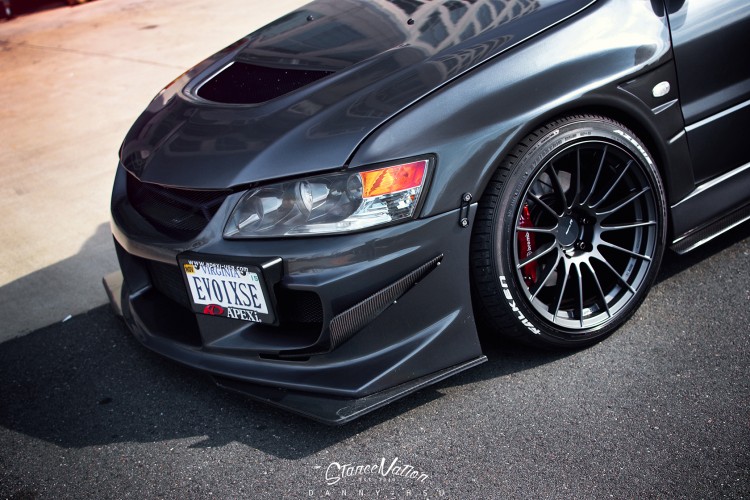 Big thanks to Srun as well as Danny for getting together and capturing some great photos of this beauty. 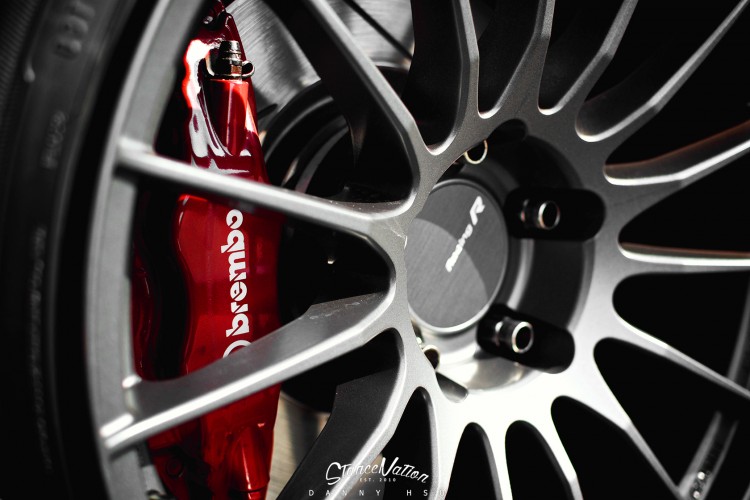 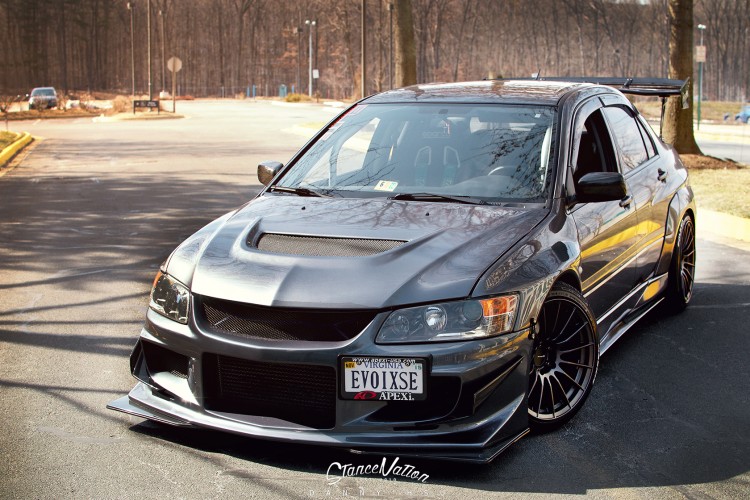 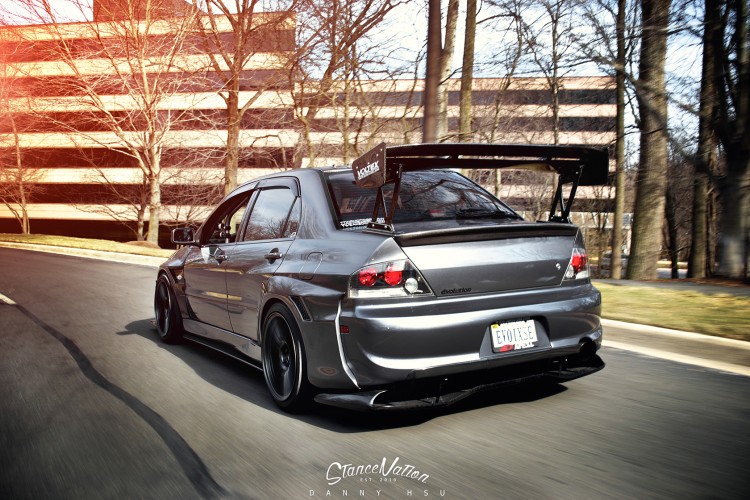 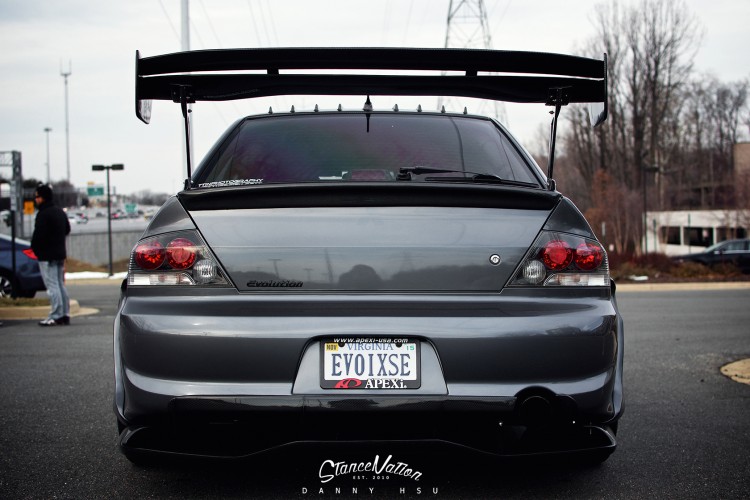