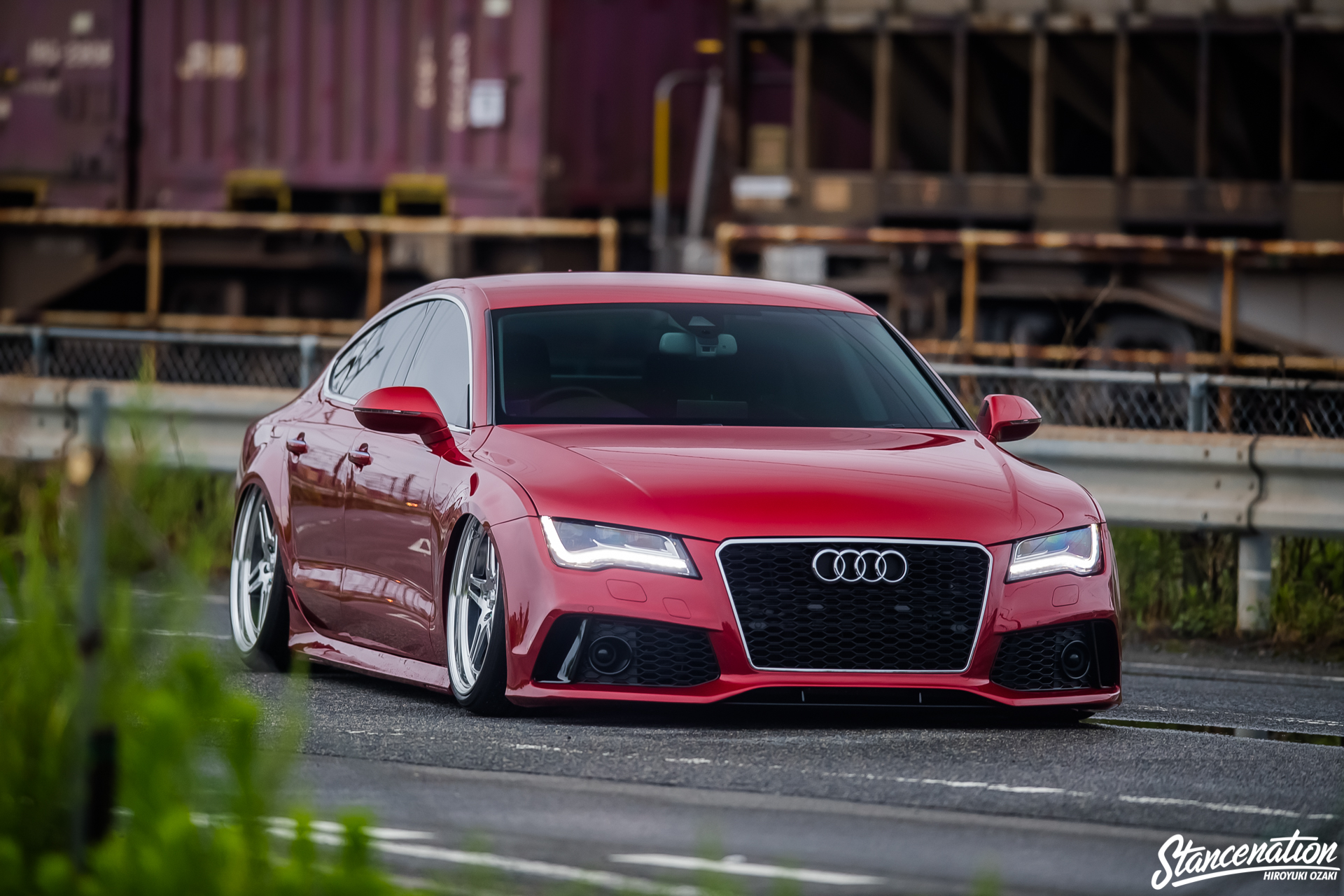 Unless you are a frequent attendee of the larger water-cooled Volkswagen/Audi  events in the States, you probably won’t get the chance to see an A7 tucking some pricey rollers and running air. The overall cost of these executive sedans keeps the “scene” kids at bay and all others who simply cannot afford to own one, much less cut it up dreaming. However, ones like Yuuki Nakano, who are able to foot the bill on a new car at this price point definitely get things done right. 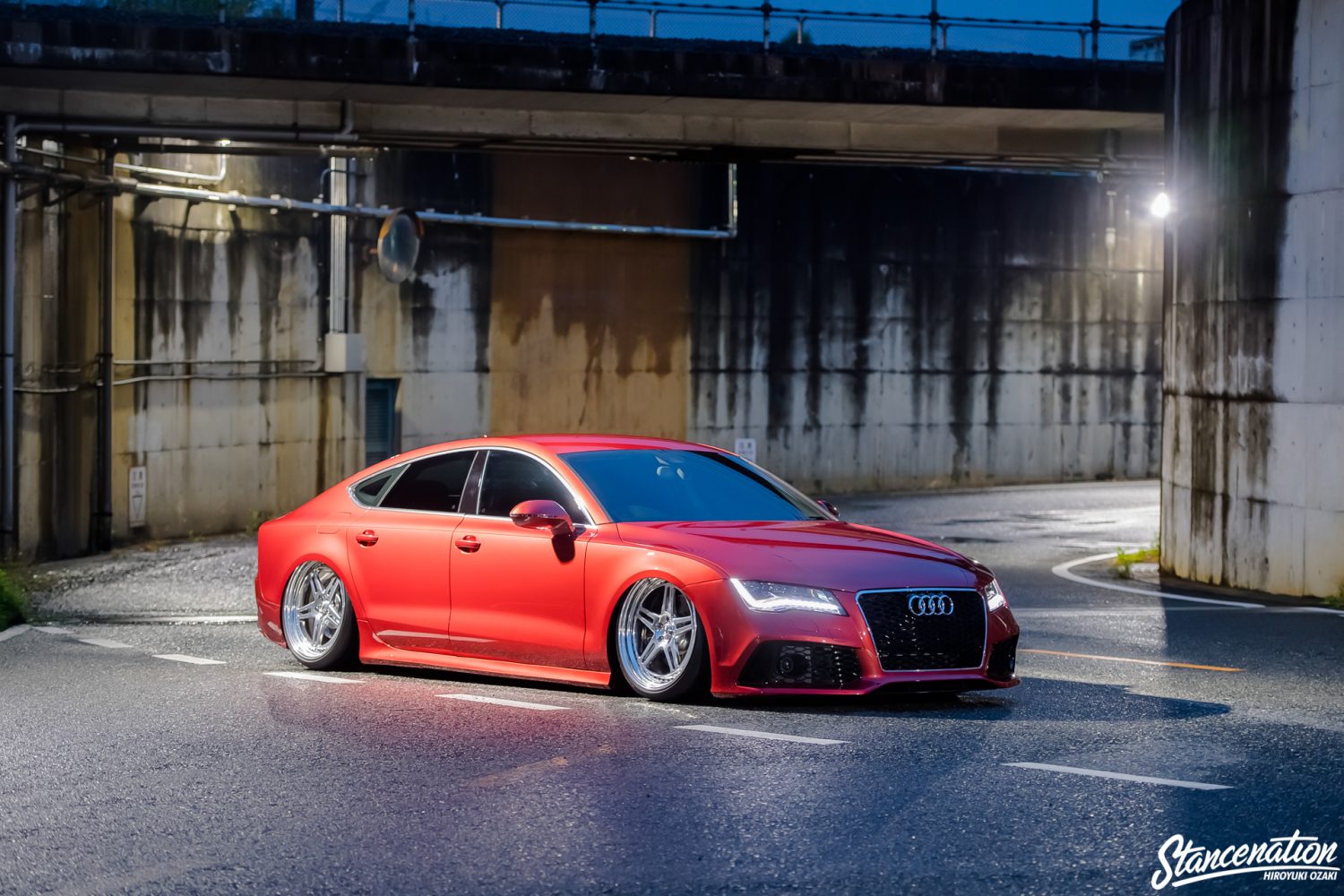 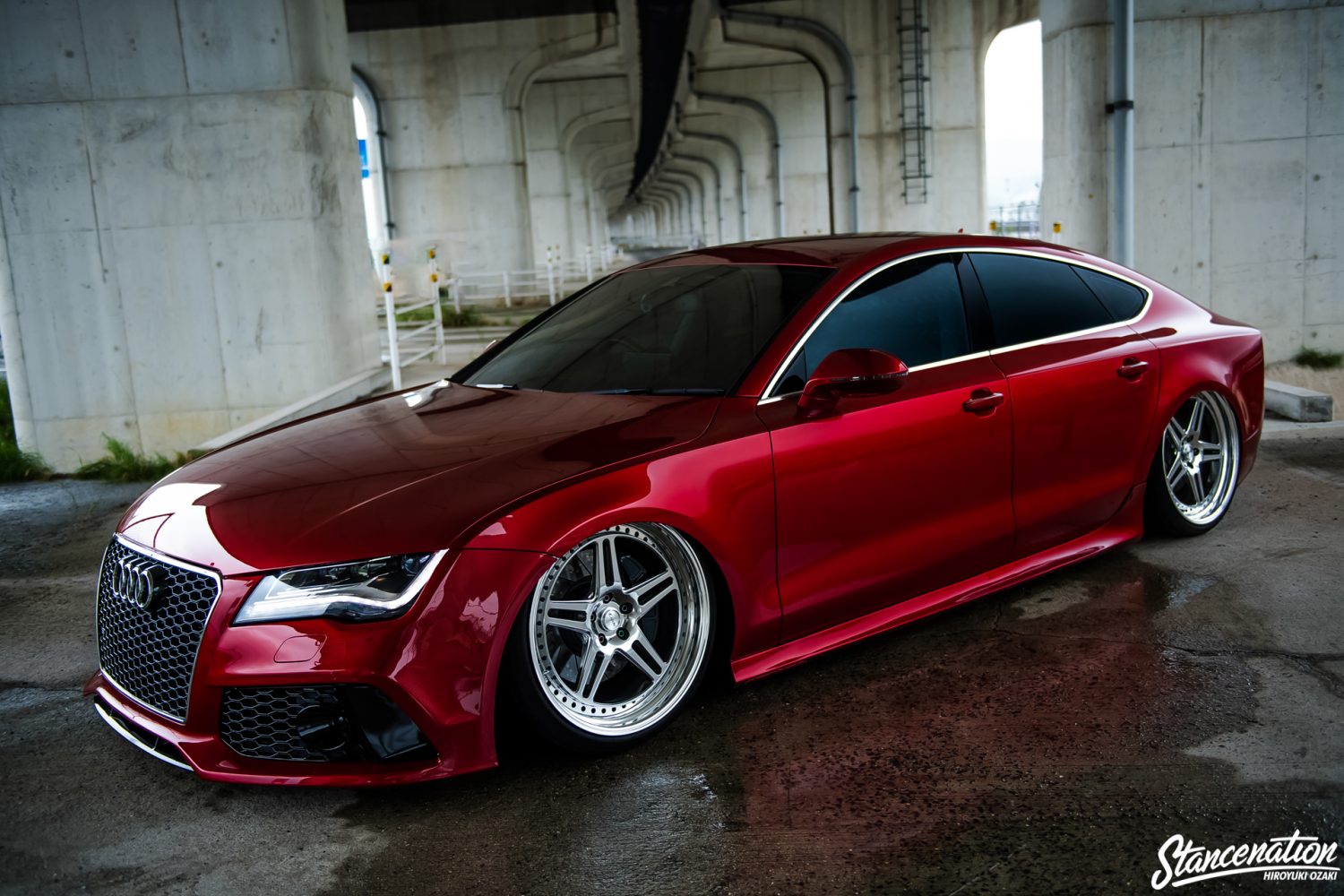 The Volkswagen community is highly regarded for its OEM+ styling and simple, yet effective way of taking the VAG range’s vehicles and adding flair in all of the right ways. This big body cruiser is no different. The owner picked the car up just over a year ago with the intention of building something not typically seen in Japan. In its current state it is sporting a custom air suspension setup with management being handled by Air Lift Performance. This isn’t the only car that Yuuki owns, but his goal was to daily drive something comfortable that still turned heads while out and about. The OEM RS7 exterior bits and monster 21″ inch splits hit the nail on the head when it comes to OE/AM Audi modification. 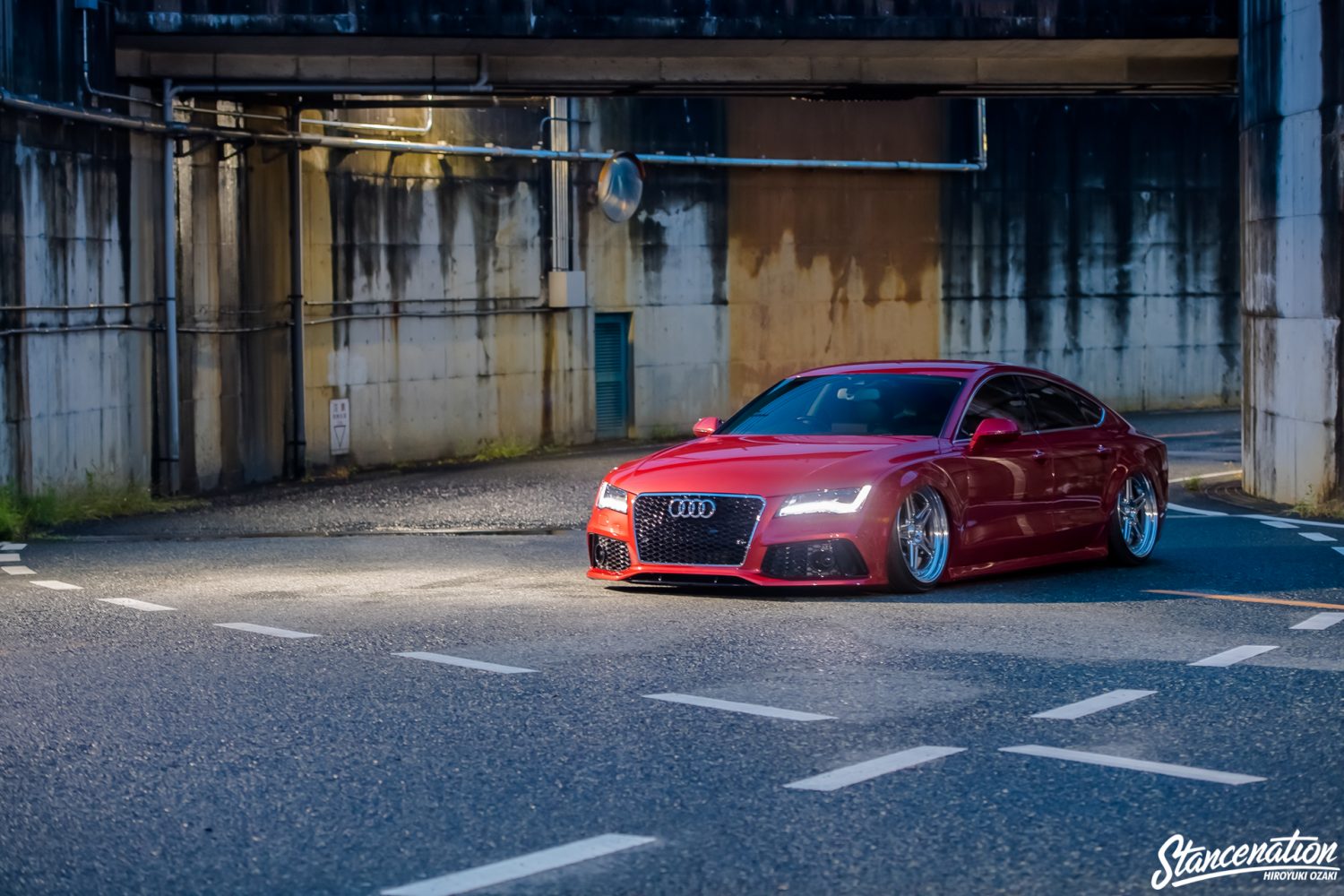 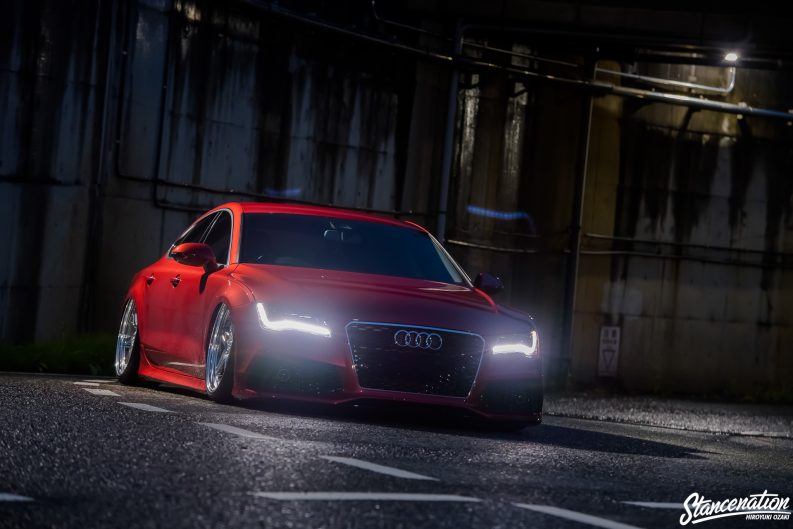 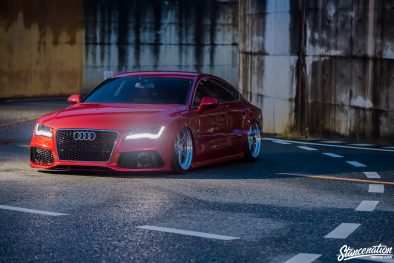 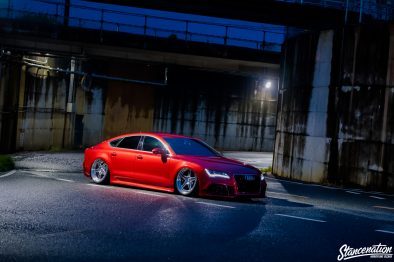 To the die-hard spanner turners out there it may look like another “bags and wheels” build, but the key is to understand how little the Euro niche is dealt with in Japan and other Asian countries. With a slew of incredible Hondas, Nissans, And Toyotas in this part of the world it is nice to see something different from time to time. In the States, as well as Western Europe the Volkswagen game is commonplace and it is easy to become numb to seeing jaw dropping cars from the likes of VW, Audi, and BMW. Yuuki simply wanted to veer off the beaten path that he was previously used to and I think he did a great job without being outlandish with the choice that he made. 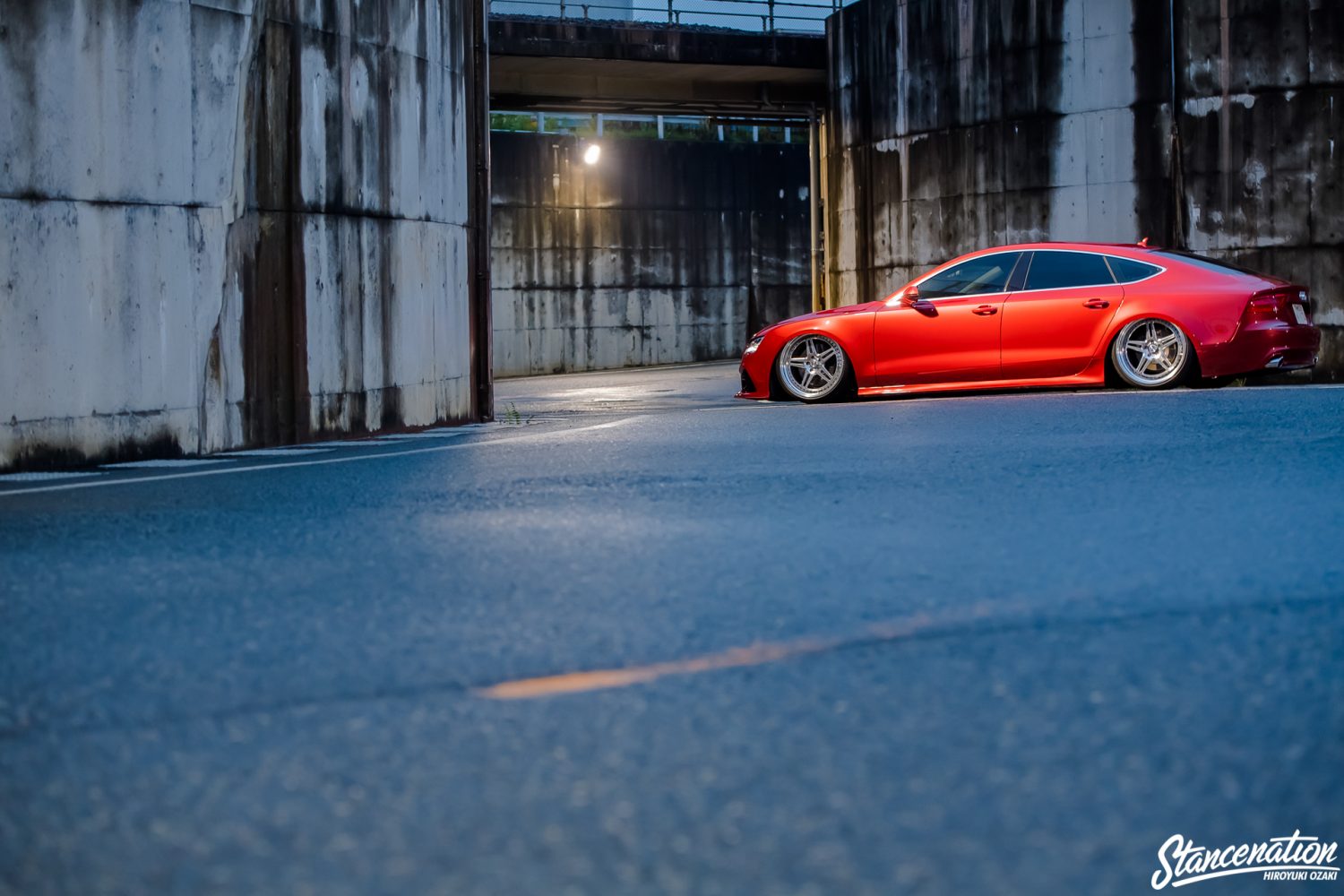 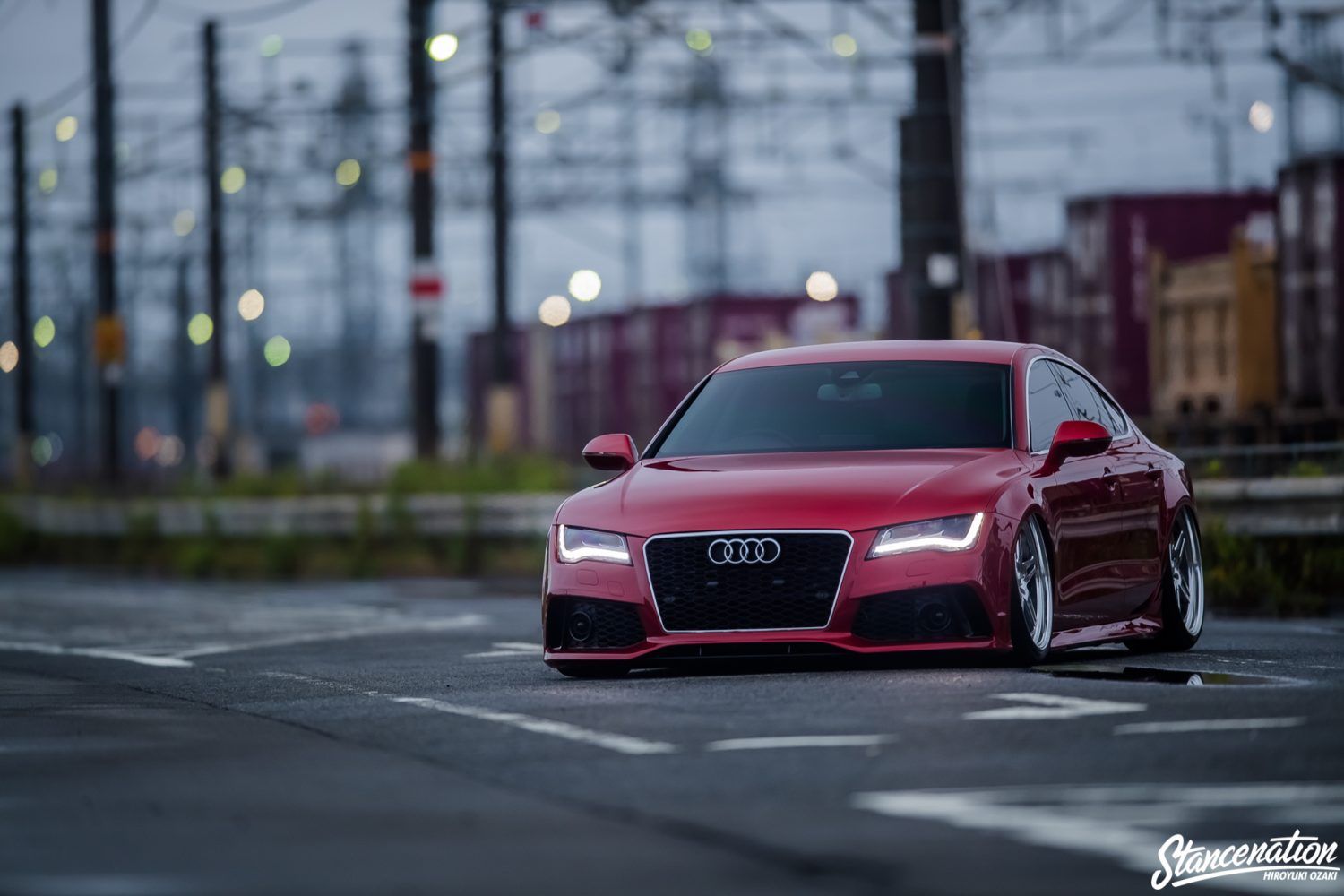 Due to the fact that this is a mini feature of sorts I will let the pictures speak for themselves and I’ll leave the rest up to our readers and fans! 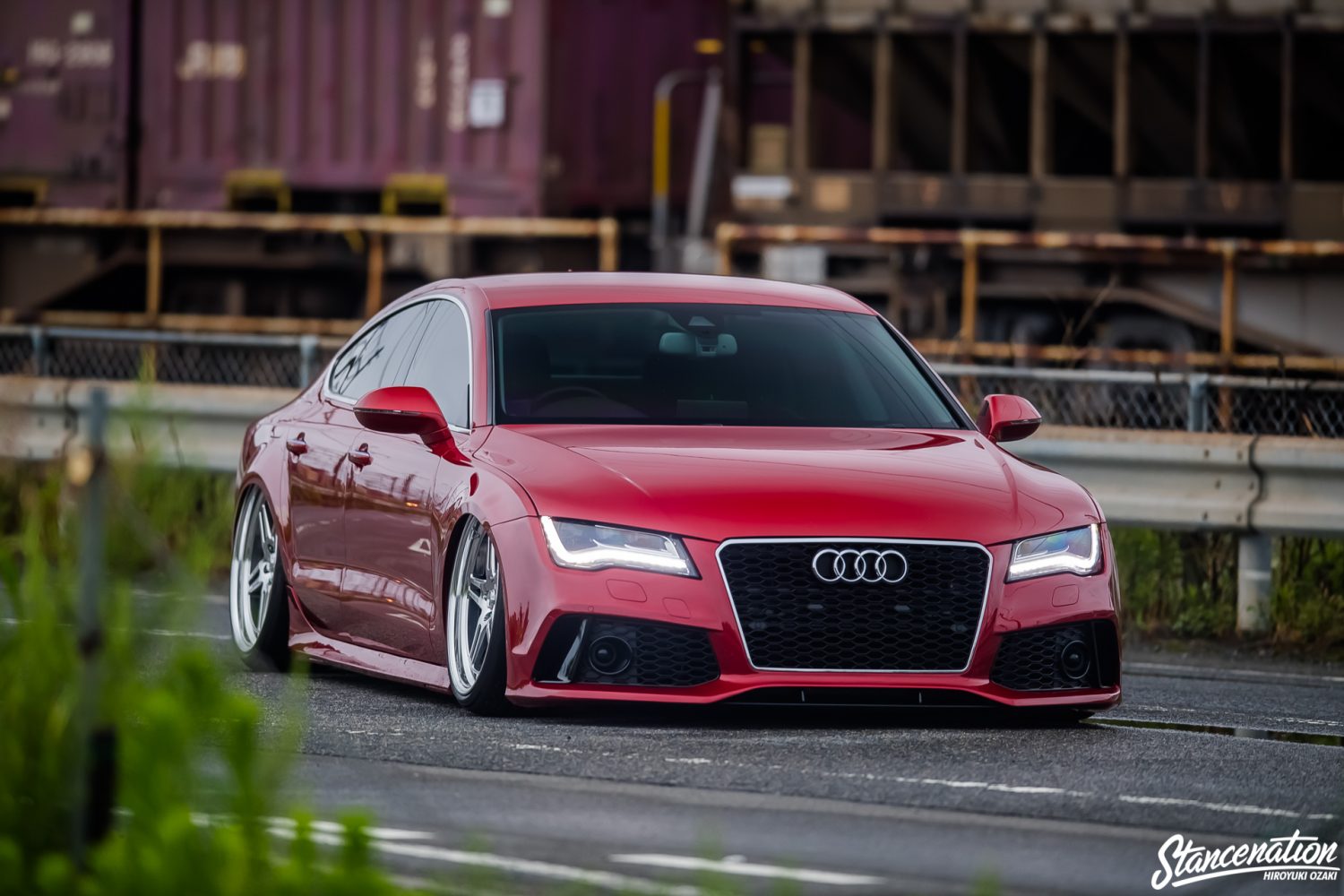 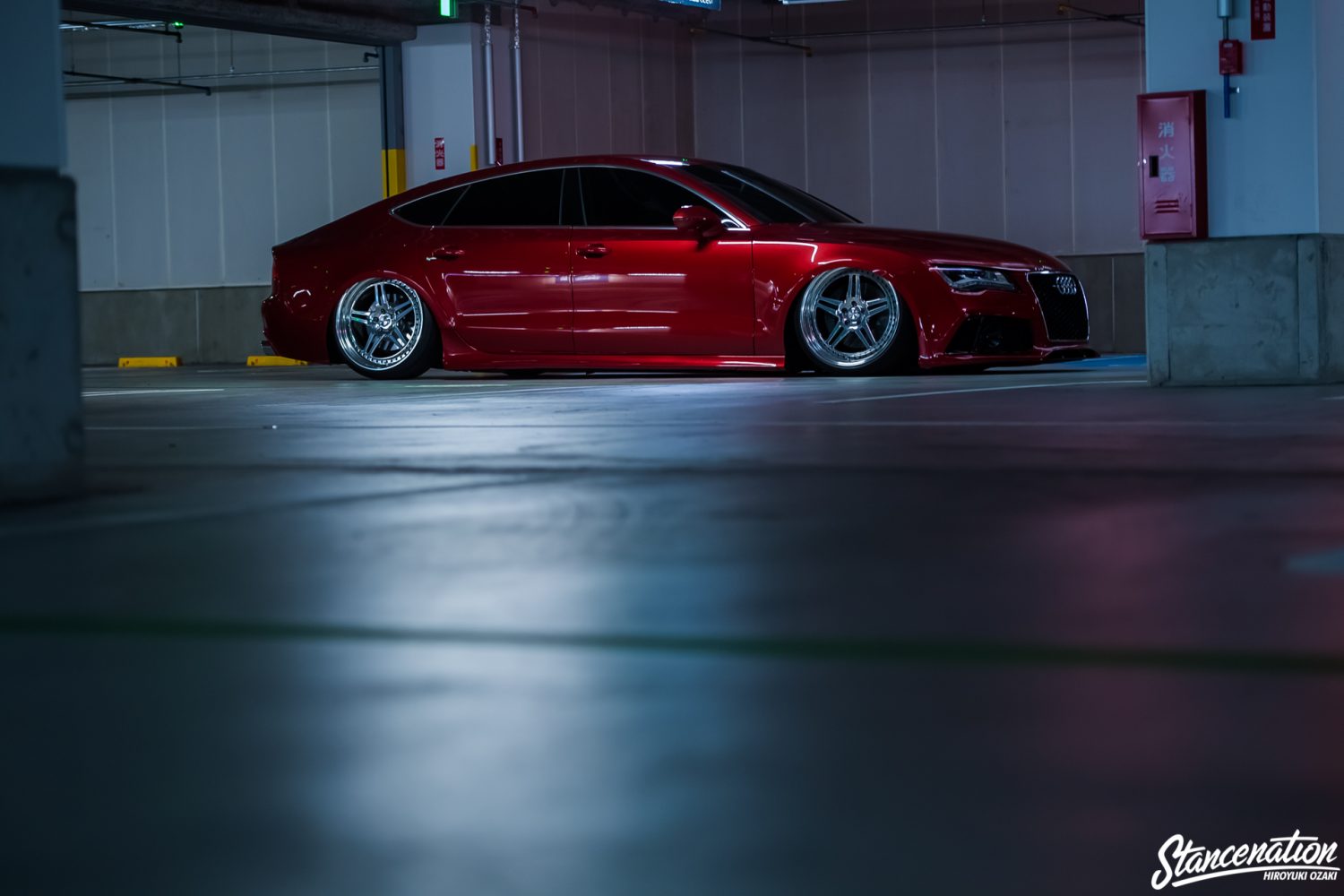 Hopefully this isn’t the last time we see this land yacht grace our pages, and based on the solid start that Mr. Nakano has already made I have it feeling it won’t be. 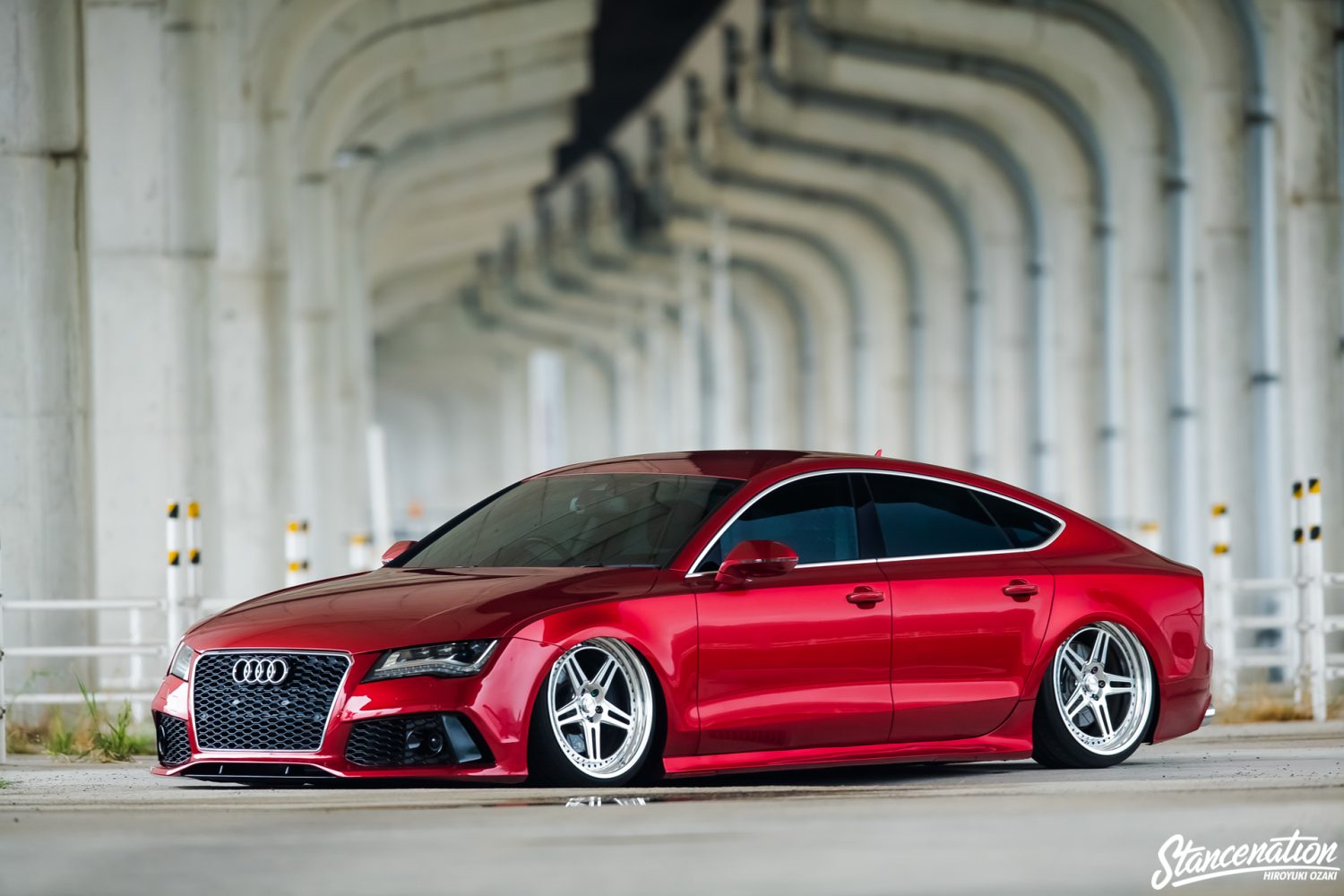 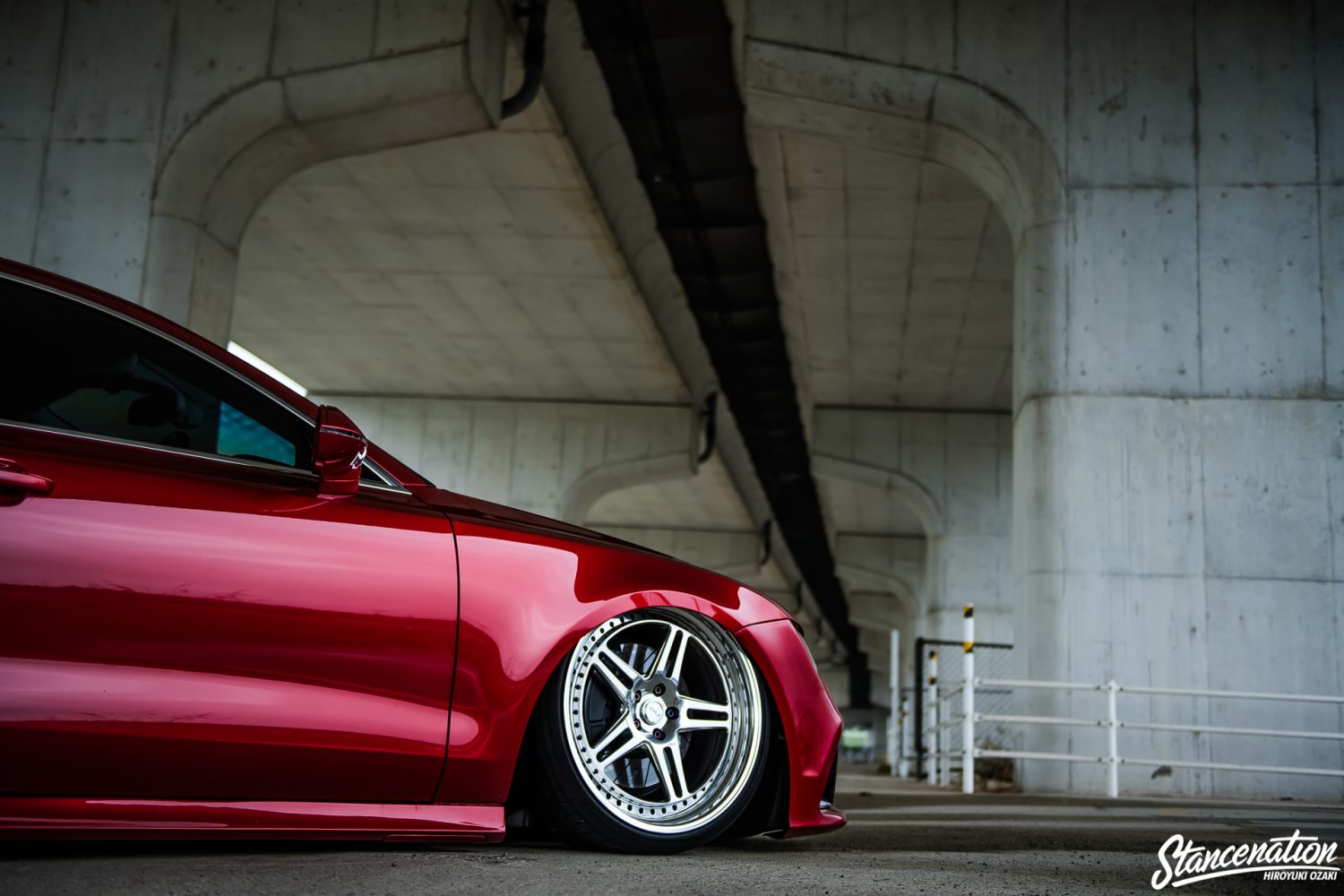