I just finished up a class on Outsider Art that focused on southern artists and the land they were influenced by. Outsider artists consist of mentally insane or just different people from the normality of civilization who truly make their own art. We learned how in rural areas of the south there’s nothing but kitsch and folk art aesthetics. While driving down from New York to Georgia, the change in environment was more than obvious. The plethora of “Home-made knives” and shiny mineral rock road side stops surrounding the small town of Helen, soon to be taken over by car enthusiasts, was like a whole new world. The Thursday we arrived we were blown away from the views of our mountain top cabin and the sight and sounds of hundreds of modded cars as they started to fill up the classic southern style German town. Everyone was coming together for this years SOWO event, Southern Worthersee. 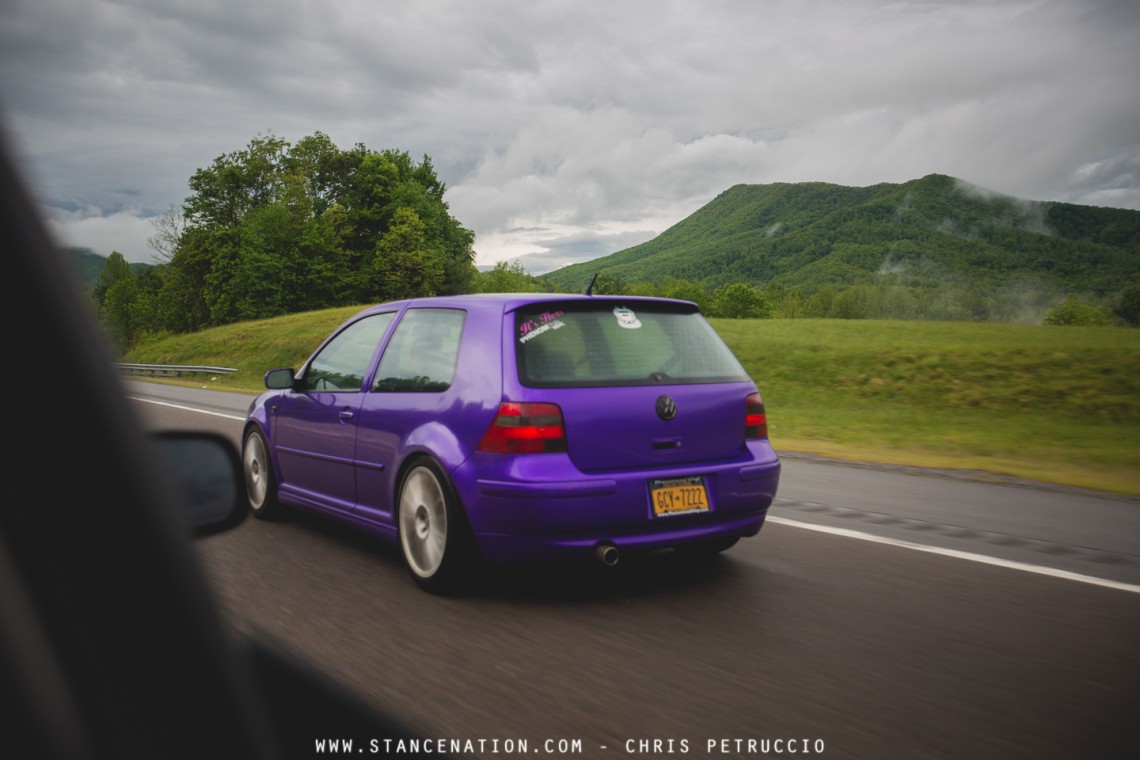 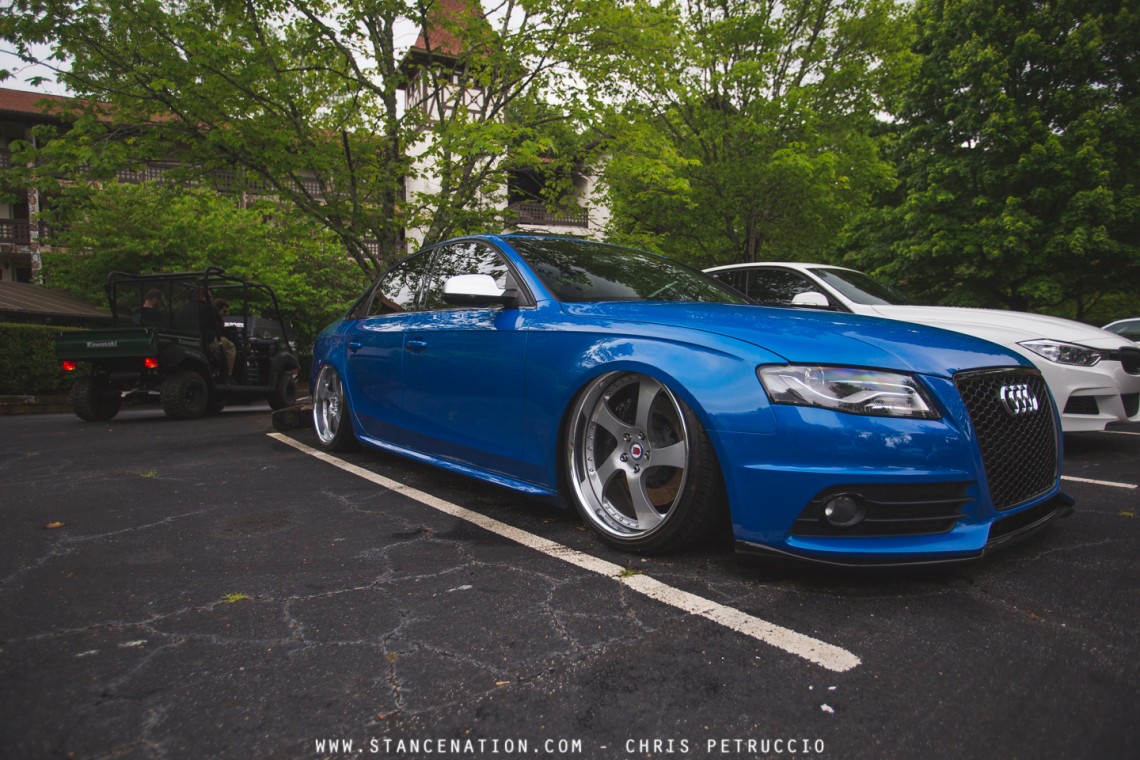 Friday and Saturday came around and that’s when the real party began. Between being stuck in some of the best looking traffic jams and being able to walk from one end of the town to the other seeing nothing but lowered cars was dream come true. Every parking lot was packed to the brim, the Helendorf, the main gathering area for the nights activities, was a constant hub as cars filed in and out. Walking to the main show grounds through a tree covered path as it opened up to a massive field with fog coated mountains and cars as far as the eye could see was like walking into a wonderland I never knew existed. Seeing everyone’s cars and how they chose to modify them reminded me of that outsider art course and how people look at car enthusiasts as insane because they lower their cars so close to the ground and spend so much on parts and wheels, but it’s just our art form. Its how we chose to express ourselves, its our canvas. 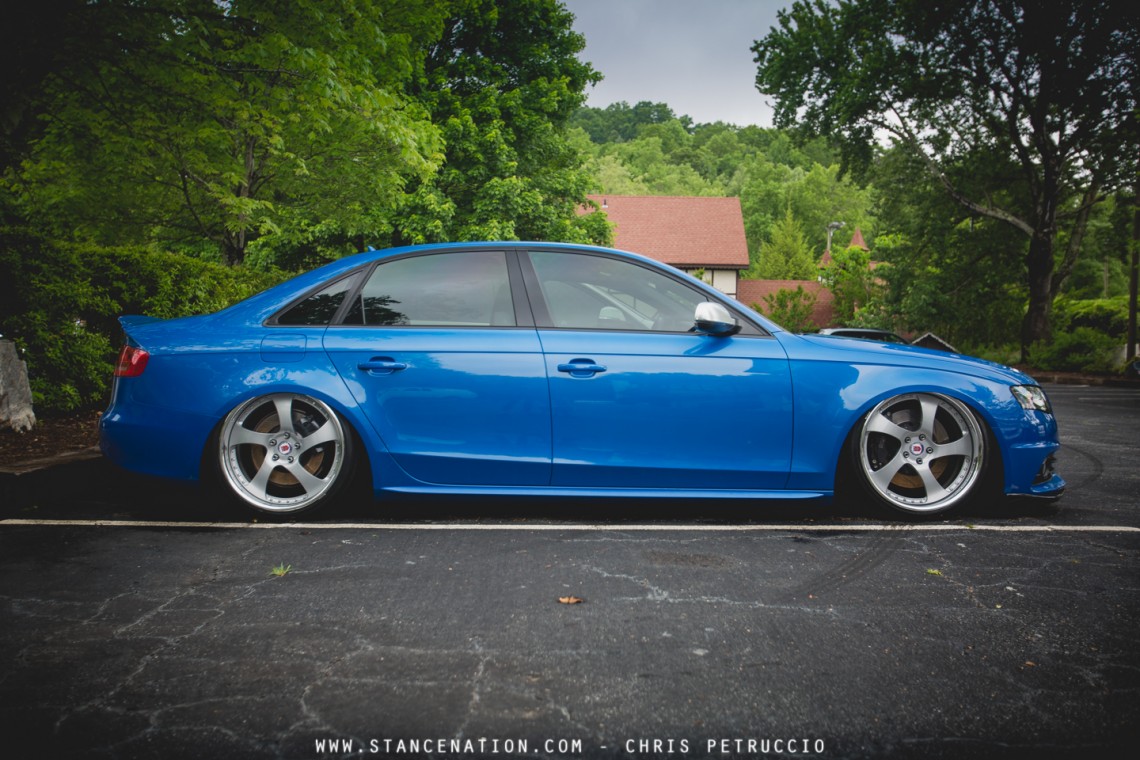 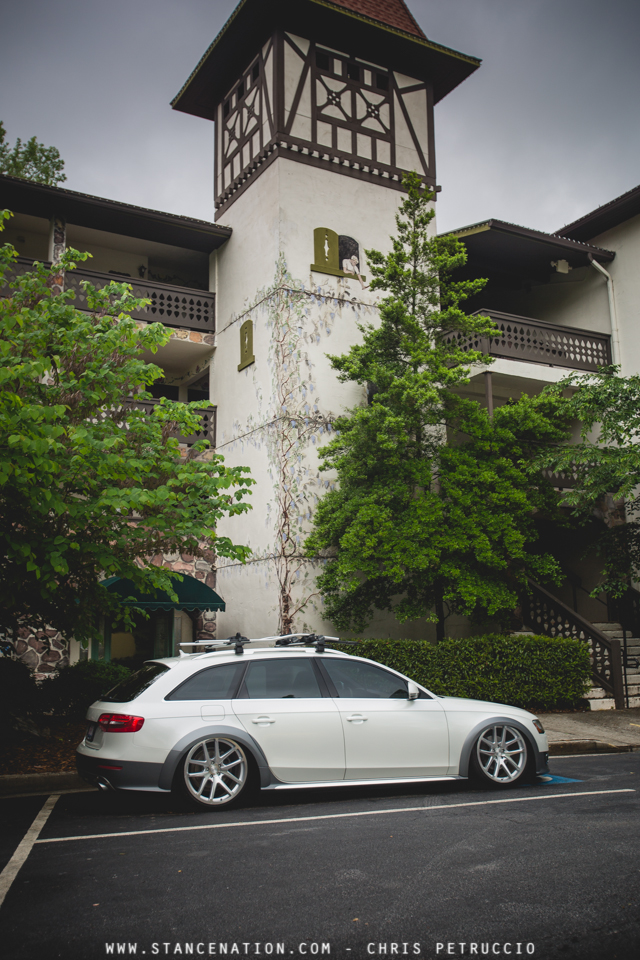 As the days went on and nights came around the Helendorf was the place to be. Not being able to hear myself think because of the overwhelming sound of what seemed to be gunfire coming from 2 step battles across the parking lot was music to my ears. Everyone with a drink in hand having a good time, taking selfies with one cop, who seemed to be everyone’s friend, who started a “SOWO” chant from the balcony, all contributed to one of the best nights of my life. Being around friends I’ve only met through Instagram or Facebook and some even closer ones from home was such a great feeling and being able to capture all of this in these photos and after movie, to come soon, was a great souvenir to take back to New York, instead of some home-made knives. I’m already counting down the days till next years SOWO to see everyone again and relive that unbelievable weekend, H2O will have to do until then. 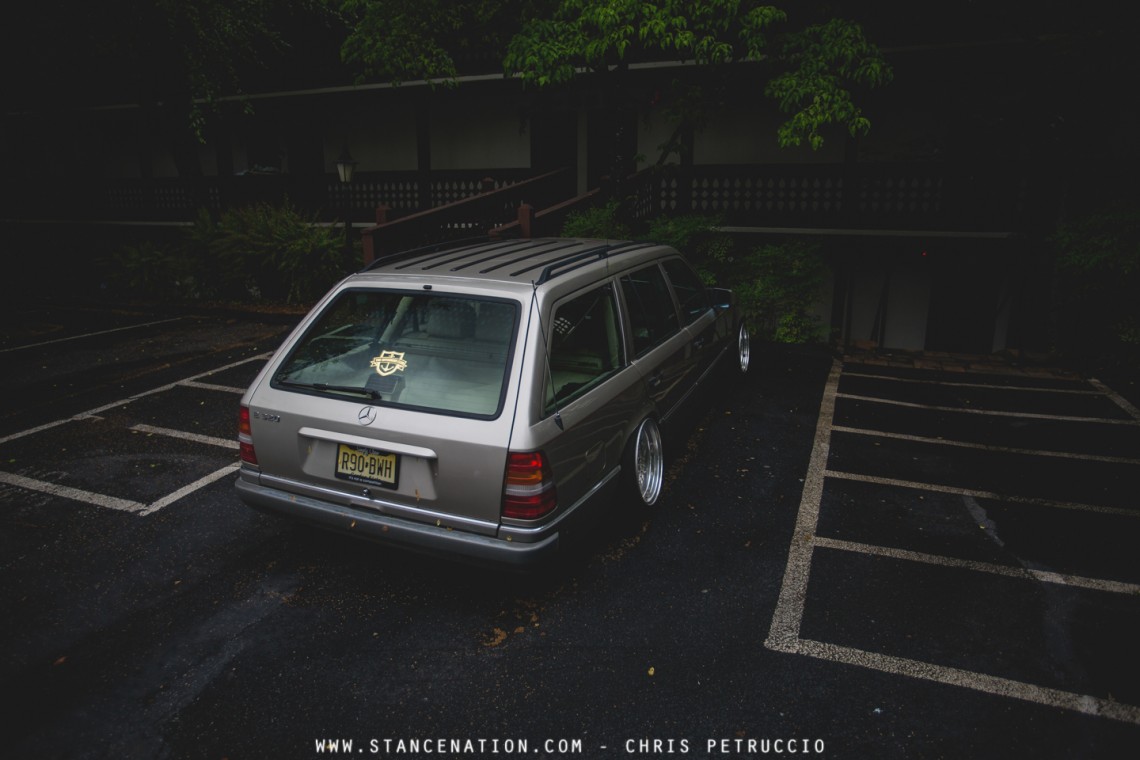 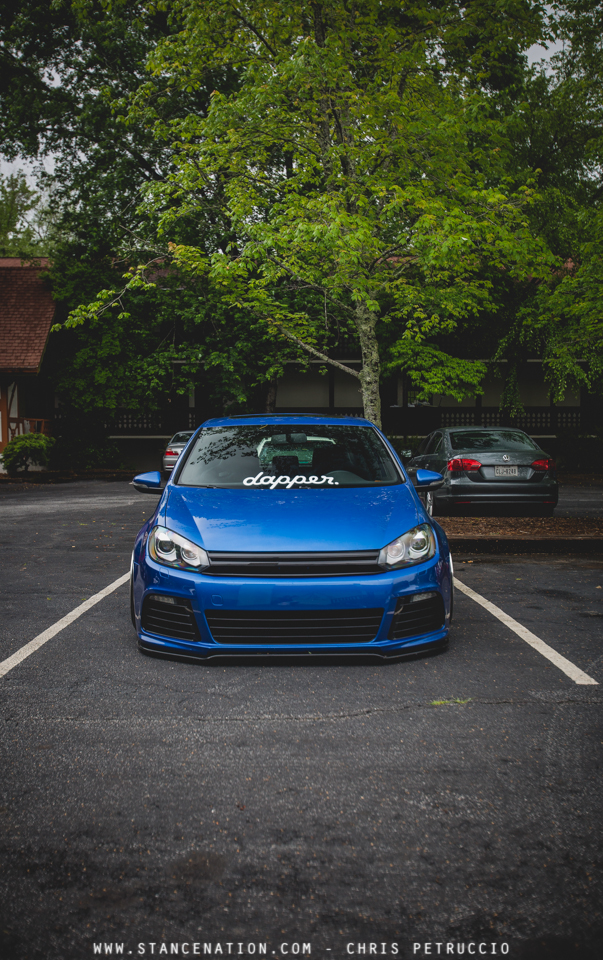 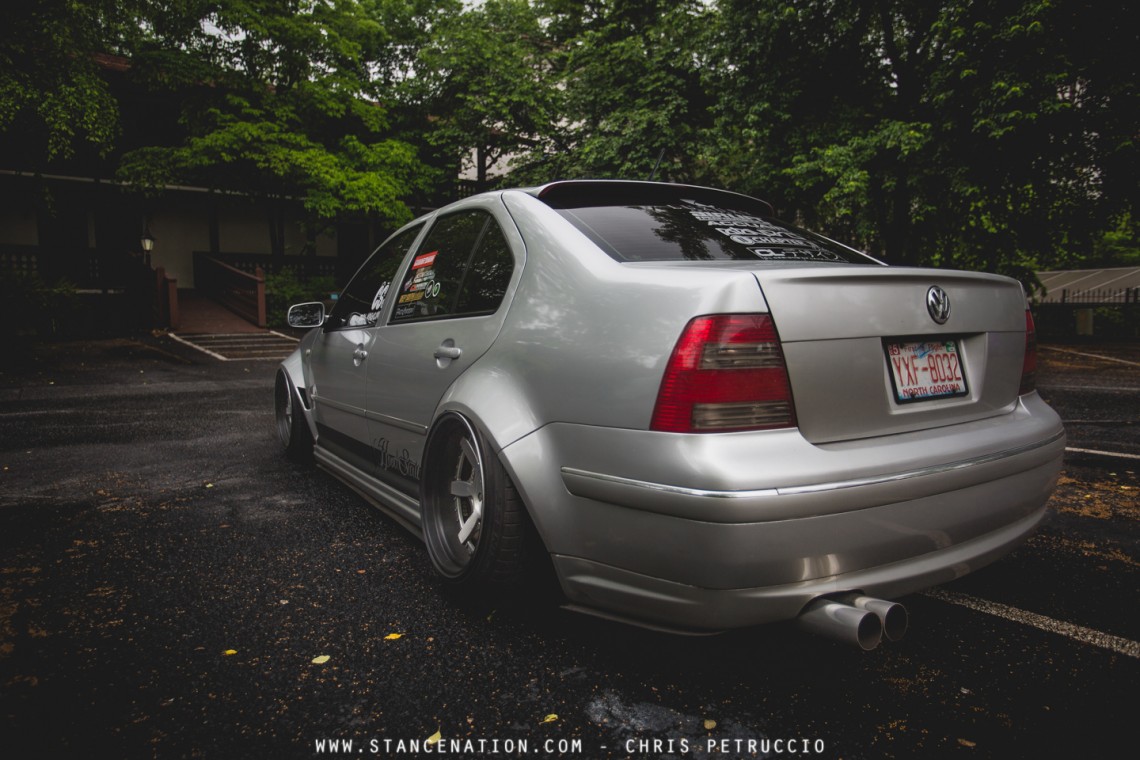 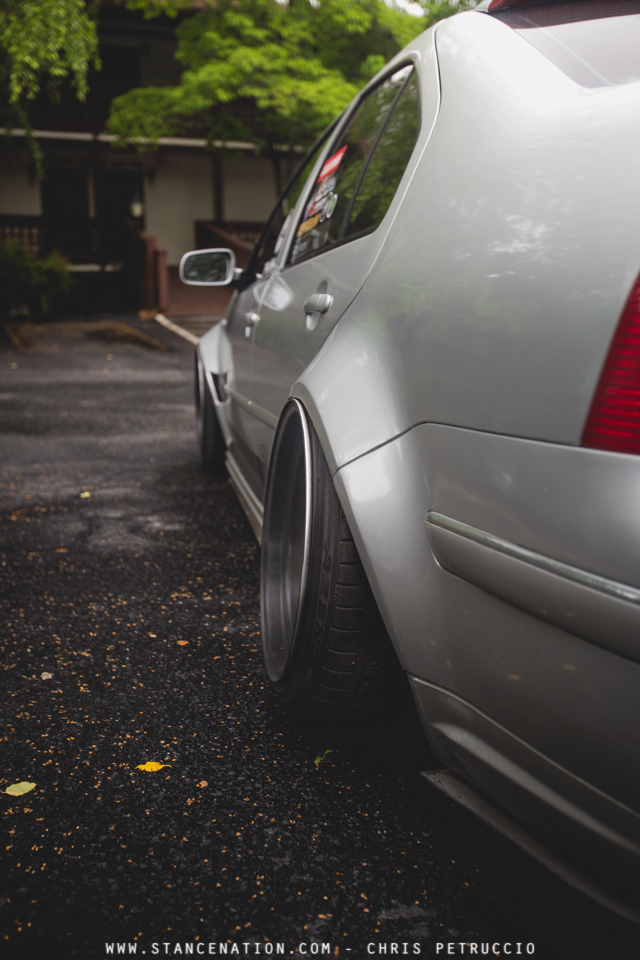 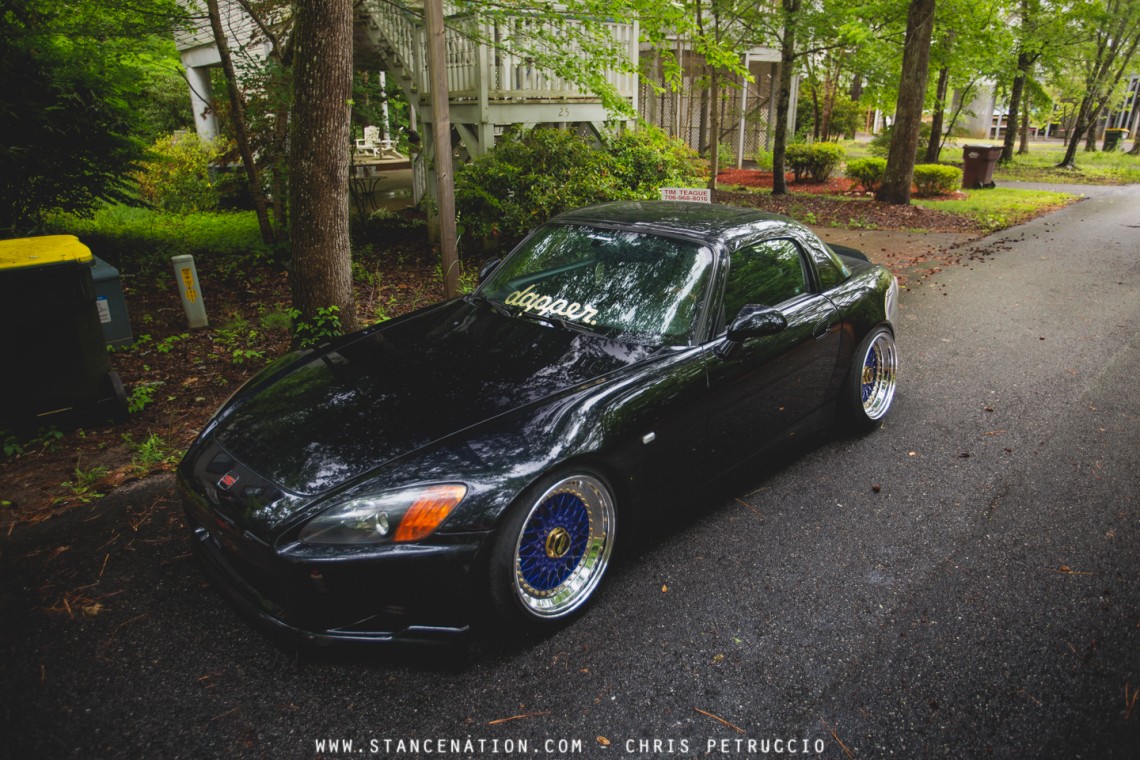 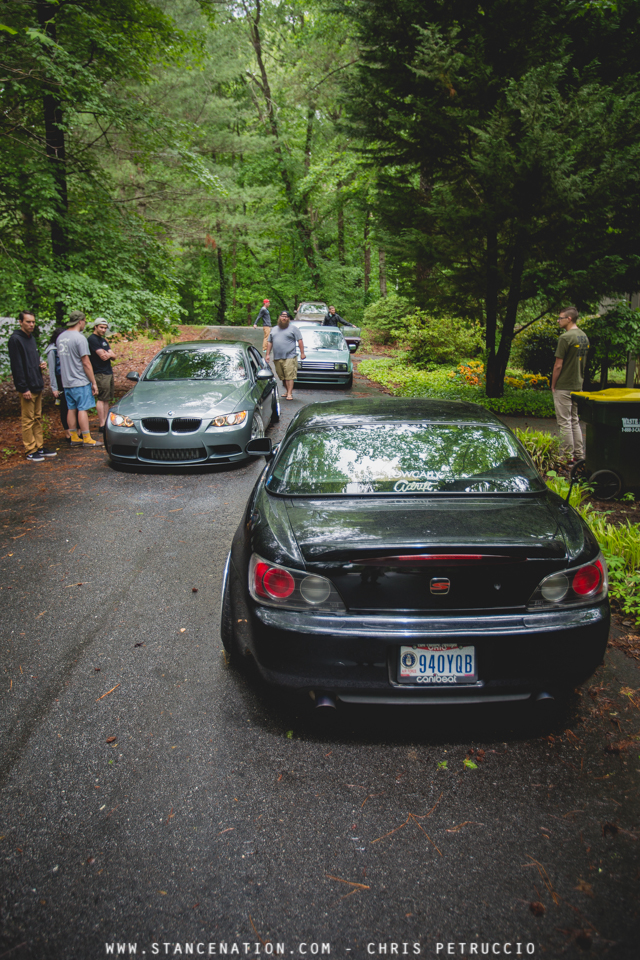 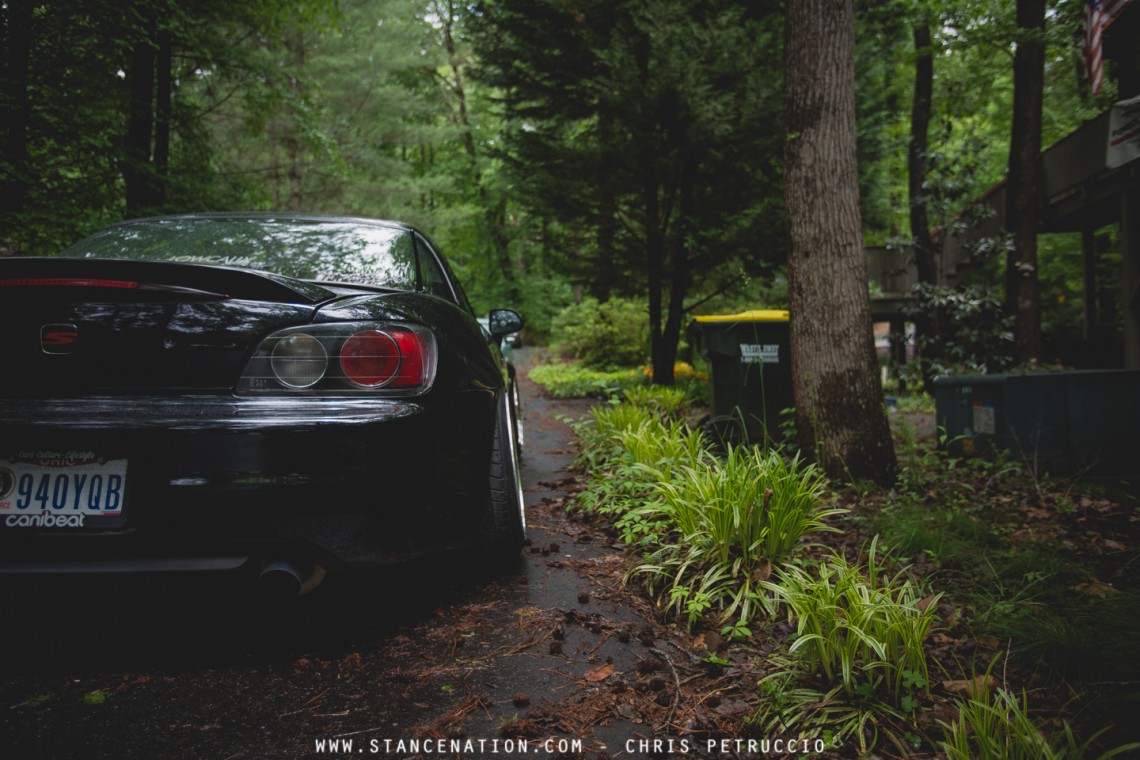