With so many people going over the top in terms of styling as of late it is always a treat to see someone stay grounded when it comes to modifying their car. The wide-body and aggressive aero trend dominated the likes of all scenes ranging from JDM to Euro and it felt as if nobody was keeping builds traditional to their respective communities. Air suspension has been commonplace for Euro builds for quite some time now and Chandra Kenzo recently decided to tear into his brand new E-class and give it a bit of a makeover. 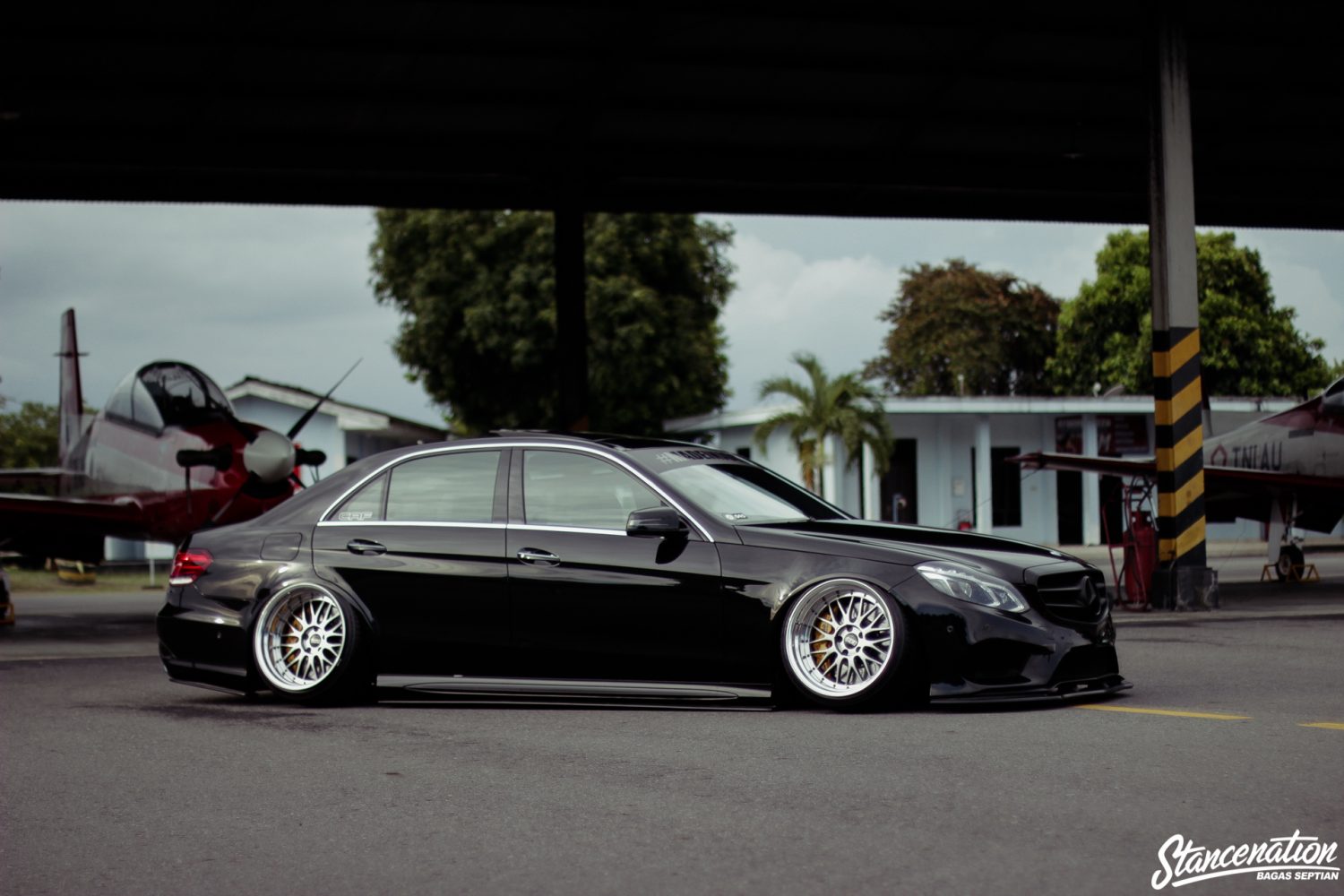 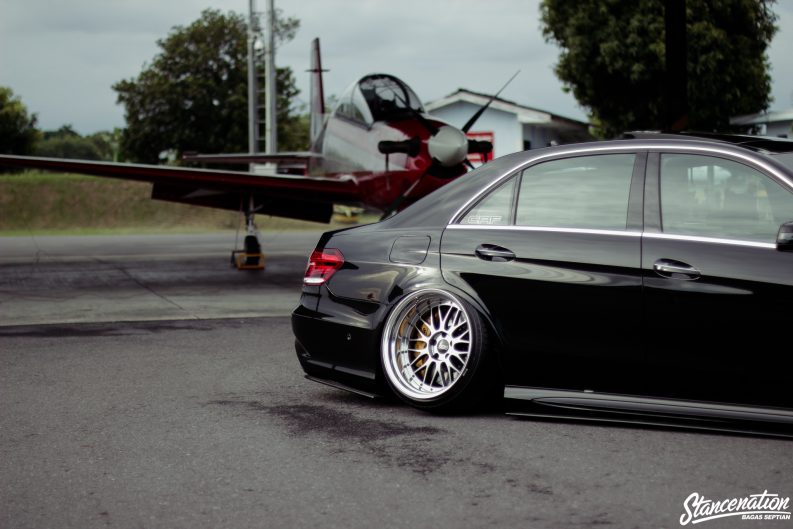 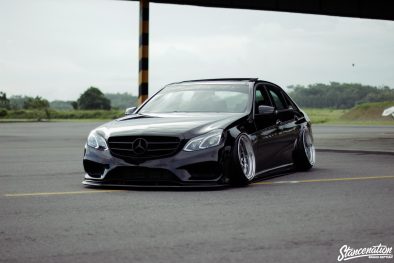 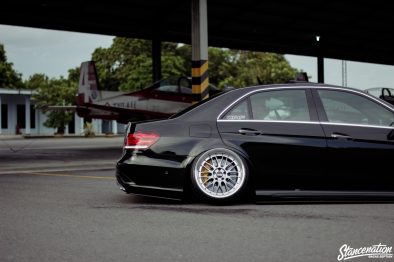 Having been involved with German cars of the better part of a decade I have seen high quality builds from the bread and butter marques such as Volkswagen, Audi, BMW, and Mercedes-Benz. Over the years fewer people pay as much attention to detail as they used to and unfortunately ‘bags and wheels’ are all it takes to make a car cool these days. Here we have Mr. Kenzo’s  E250. 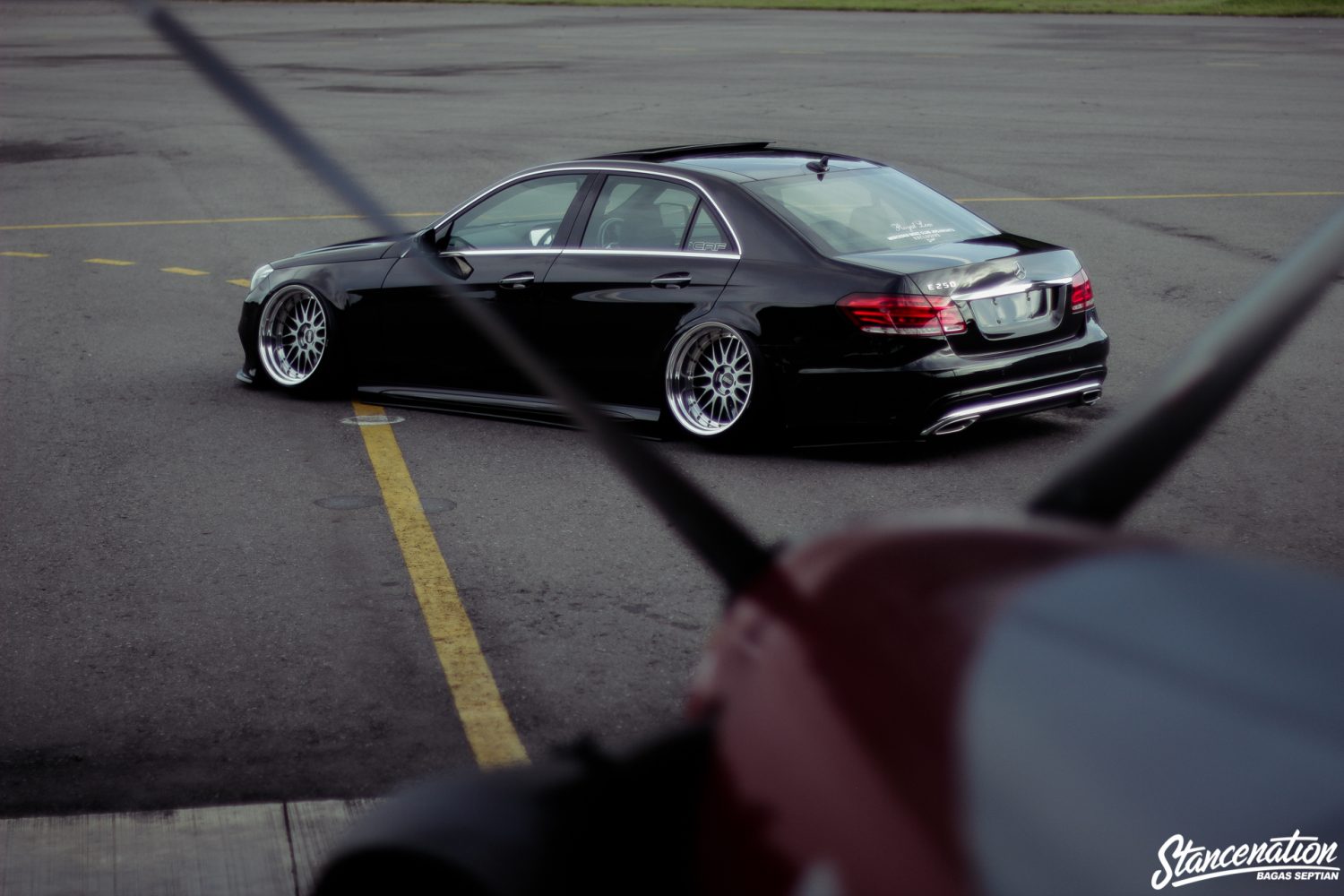 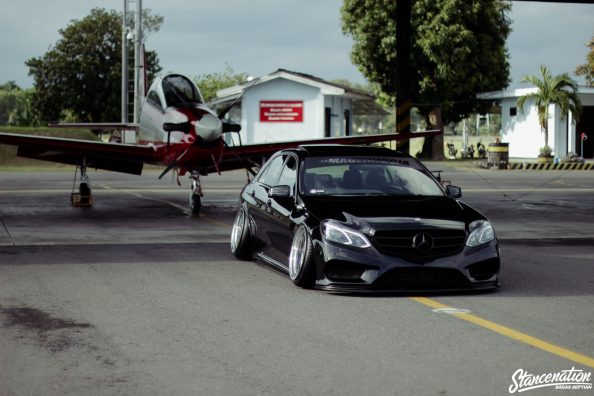 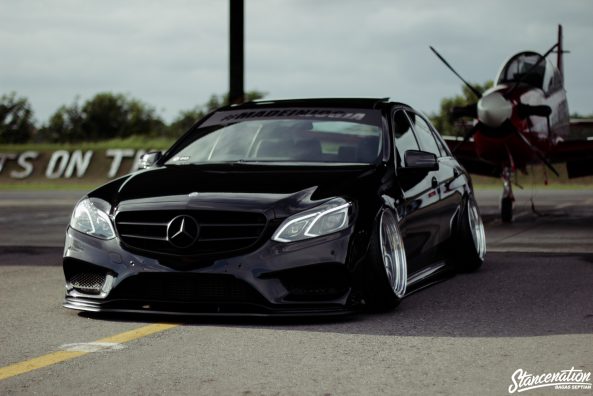 From the factory this car boasts luxurious amenities commonly found on a G5 private jet and few would imagine ditching the already comfortable struts or cutting up the fenders and quarters. Chandra wanted to be one of the first in the world to lay the rockers on the asphalt in a new E-class and was stuck between a rock and a hard place in doing so. Being that the car is so new and there isn’t a high demand for a bolt-in kit he had to have one fabricated from scratch. Air Lift Performance handled management duties, but the struts themselves were custom built.  Although most would be quite satisfied with simply having a freshly bagged Benz he wanted to add a bit of flair that is commonly seen on VIP cars in Japan. The metal work seen here in the radiused fender arches looks factory and right at home above the class BBS LM’s. Four centimeters were added to the front fenders and eight centimeters were added to the quarter panels and allow full suspension travel all while filling the arch perfectly. 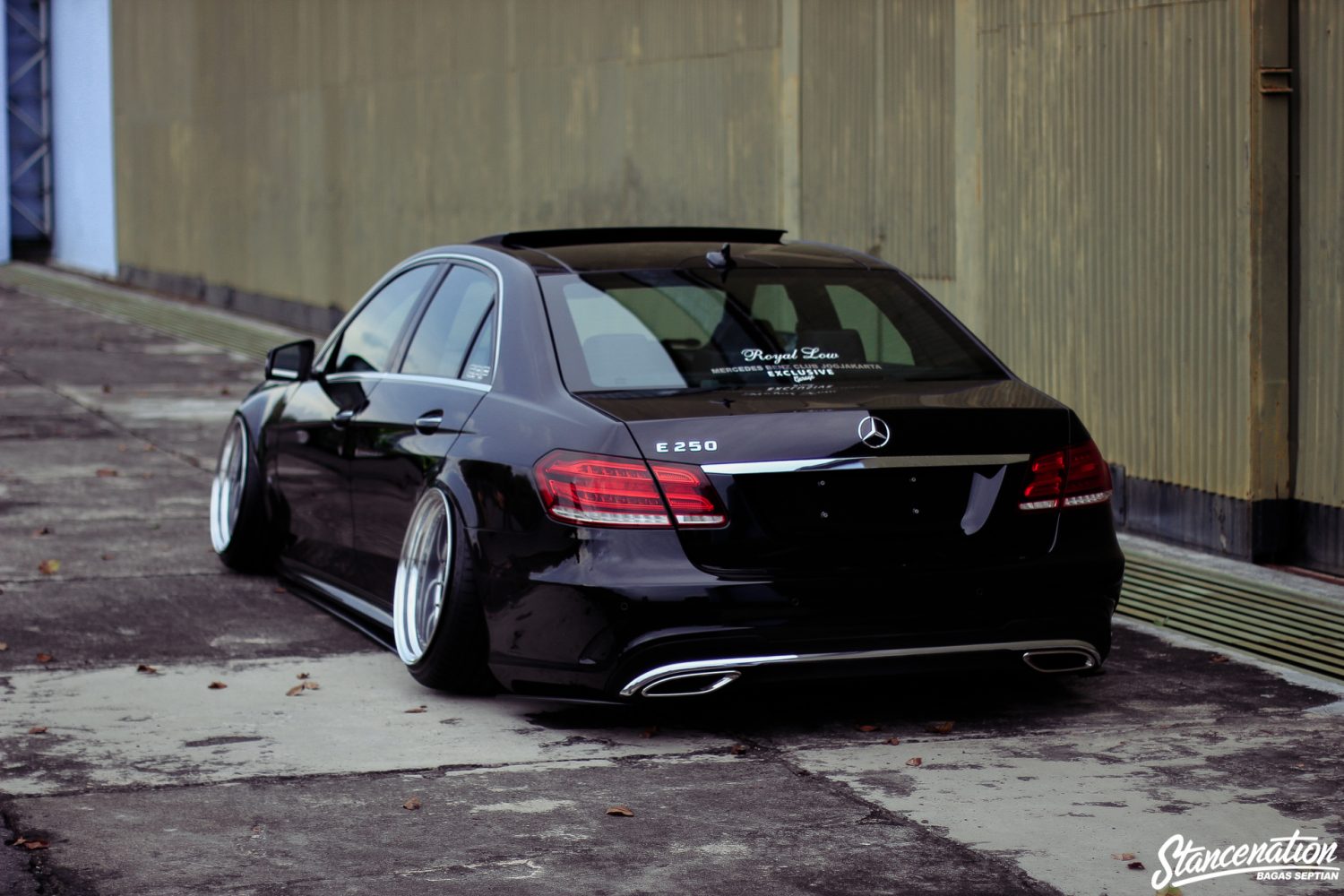 The aforementioned BBS LM’s are a hefty 19×12 and 19×13 with aggressive et’s to boot and the tasteful negative camber has them fitting like a glove. The result is aesthetically pleasing and the purists will appreciate the fact that he is running German wheels on a German car even if it is done so with a hint of VIP flavor. 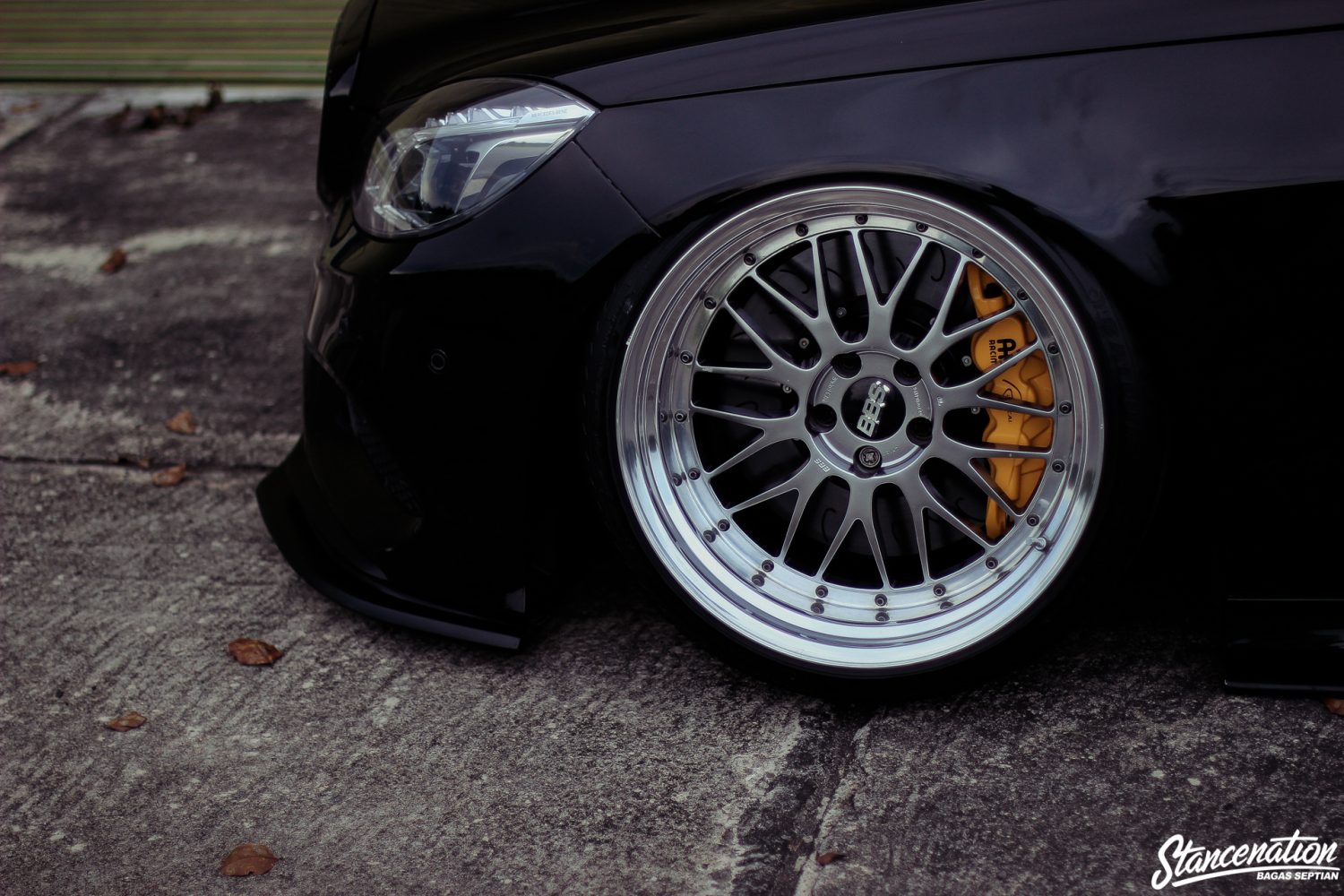 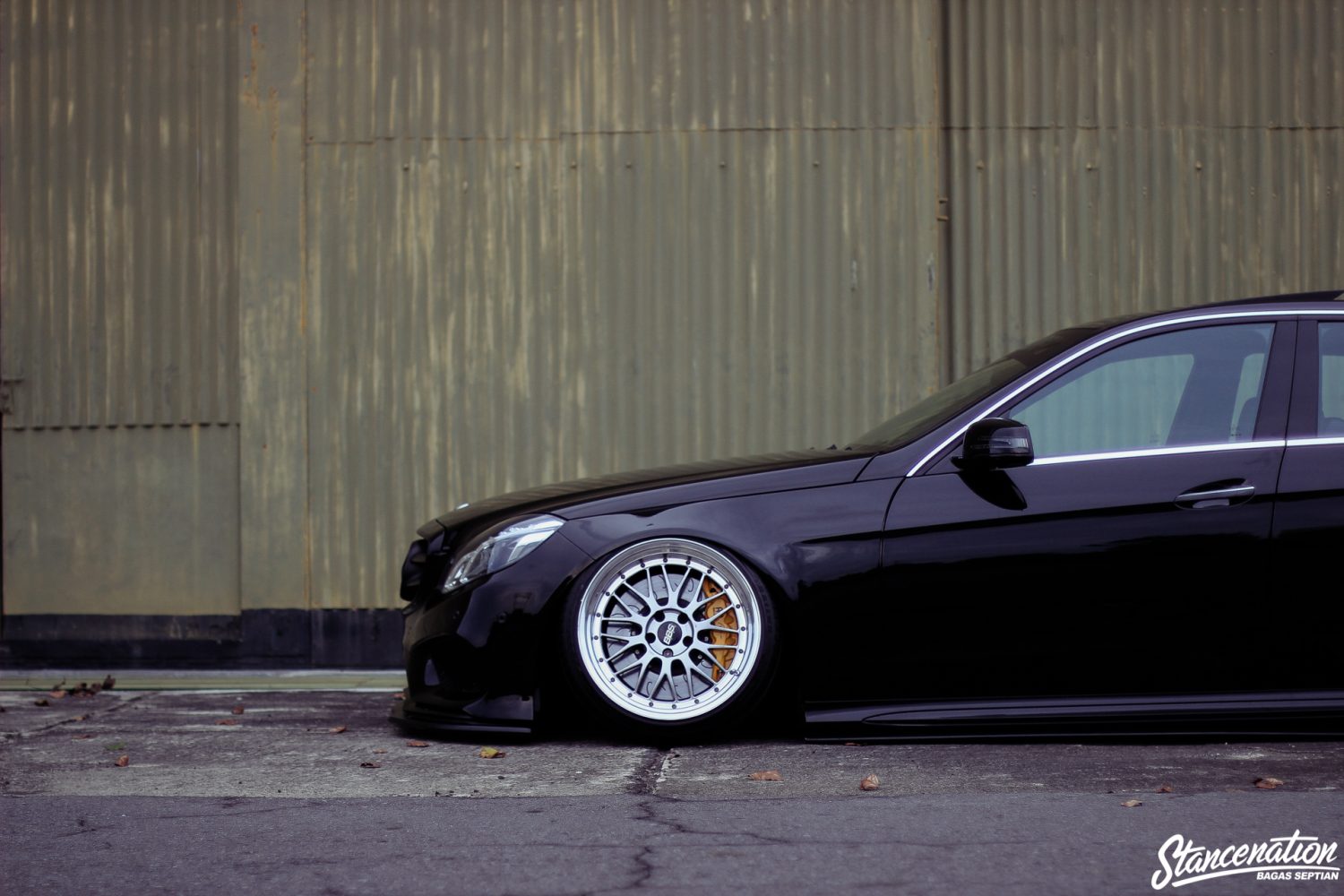 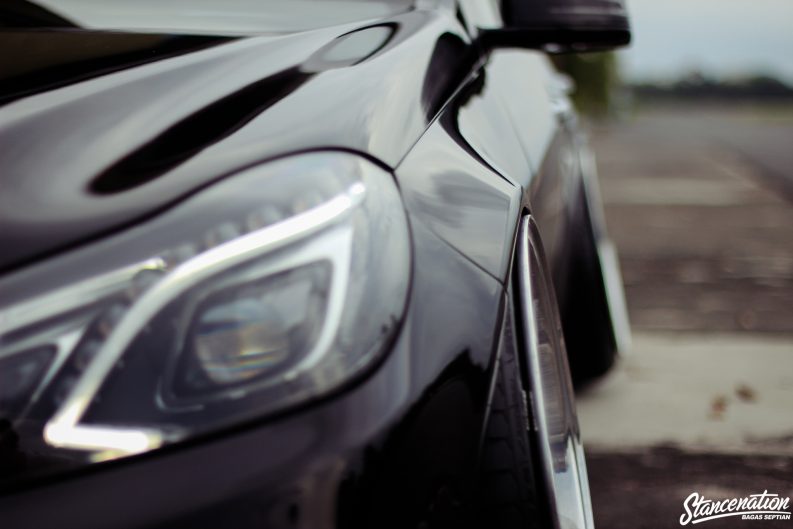 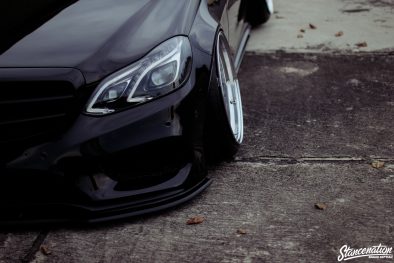 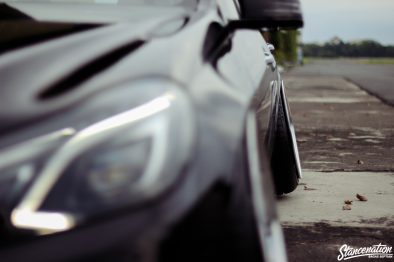 As much as I would love to go on and on about an endless spec sheet for this gorgeous Merc it is still in the infant stages of customization according to Chandra. At the moment aside from the air, wheels, and stellar bodywork, it is still a work in progress for the most part. He has won various awards at a few shows in his home country of Indonesia, but wants to branch out to larger and more frequented international events such as SEMA, TAS, and Bangkok Autoshow. 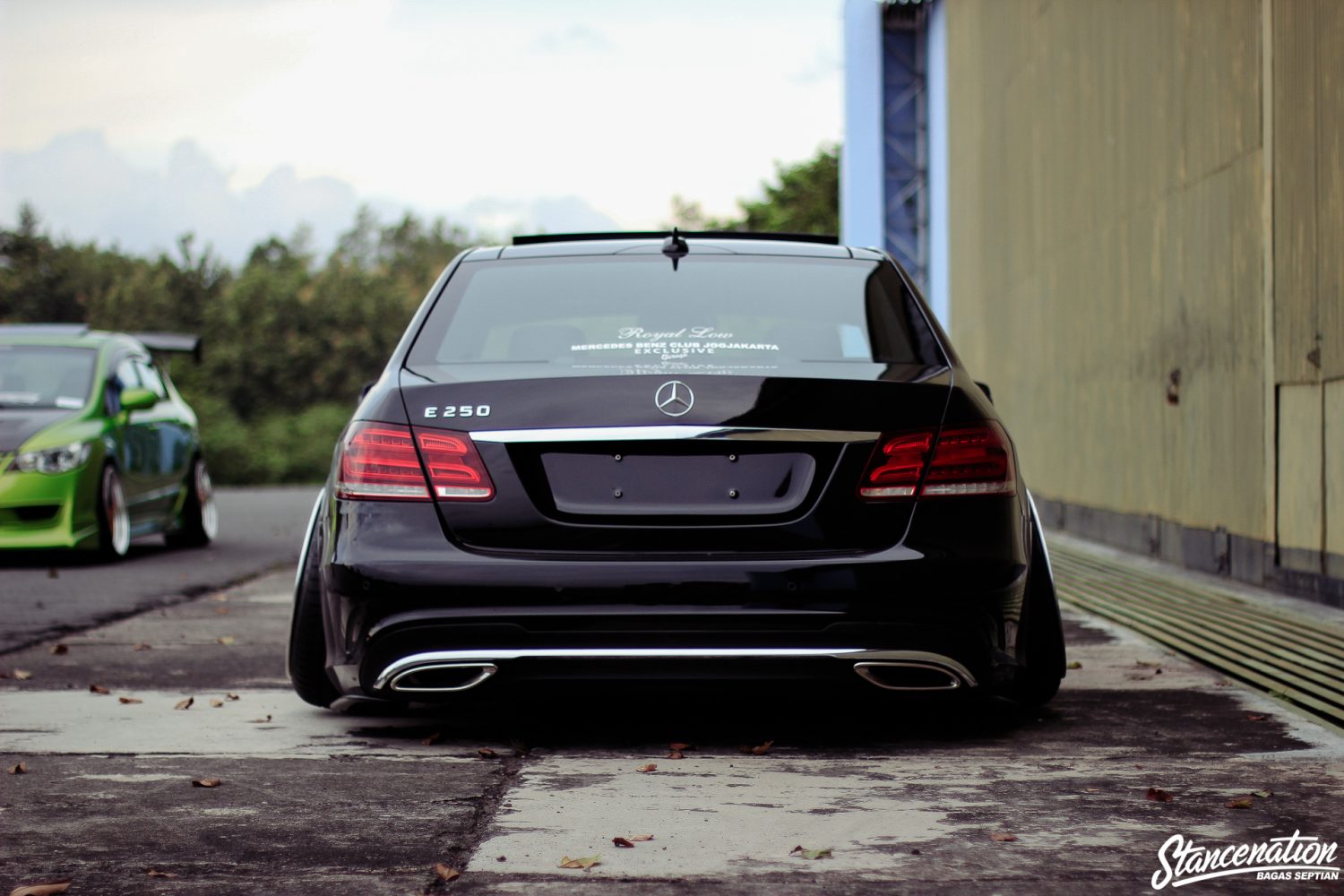 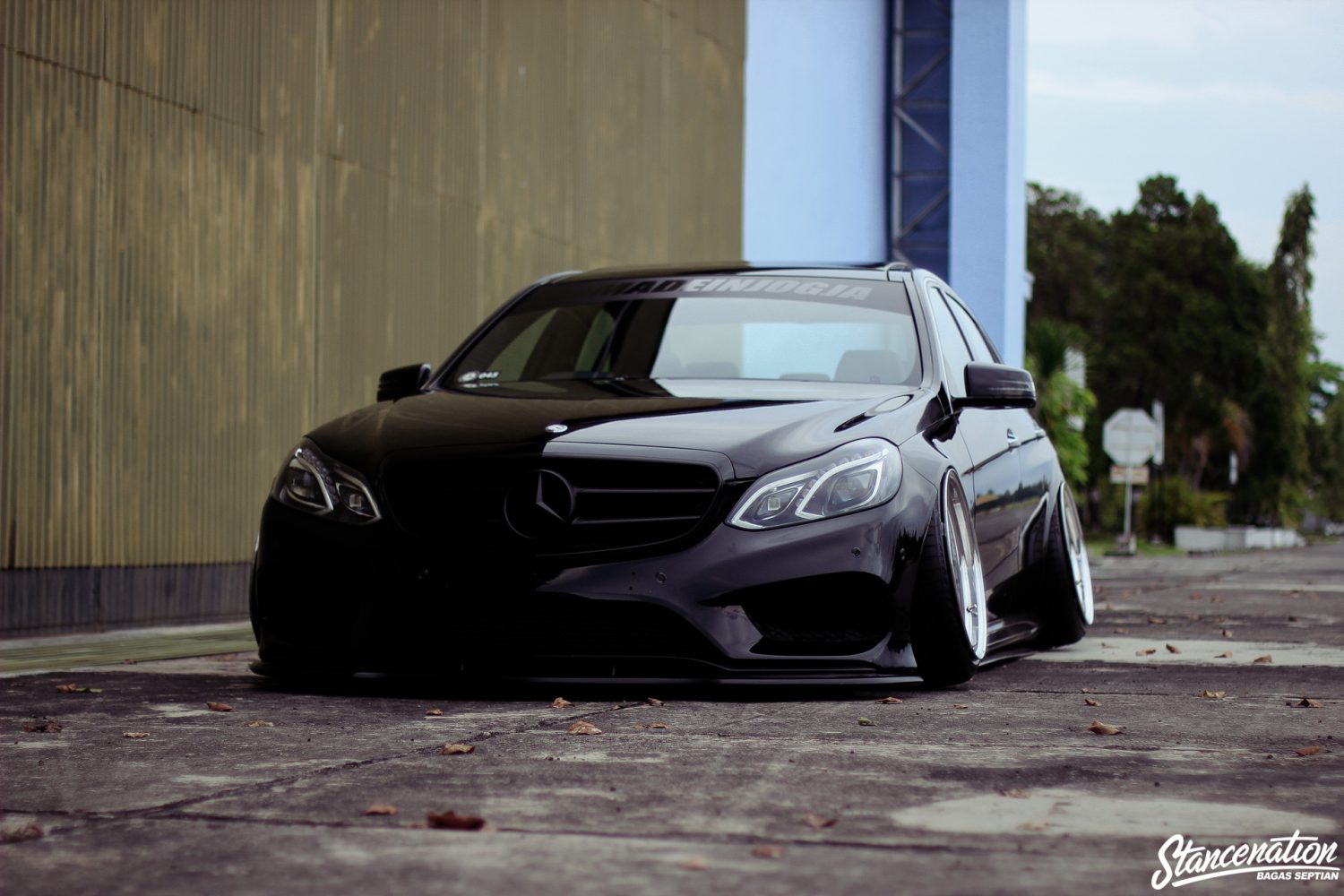 The beauty of this build is that from the perspective of a passer-by at a meet or local show it may look nothing more than a pretty Mercedes on air and baller wheels. But as you step closer to get a better look you will notice the craftsmanship and subtleties in the bodywork that make the car come together as well as it does. Chandra is far from finished and has an even more aggressive wheel setup in the works for the summer, but until then we at Stancenation can definitely get down with this thing for now. 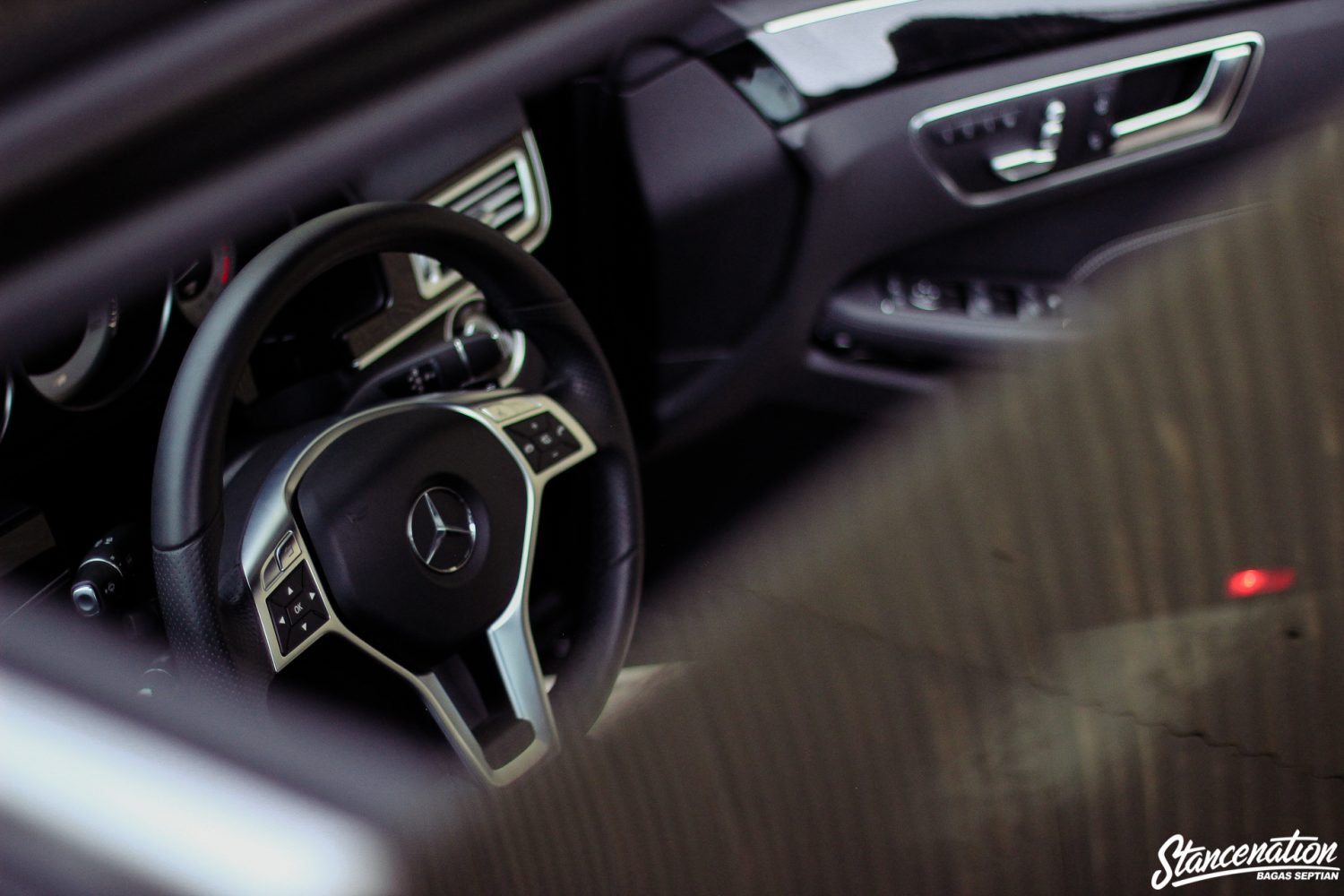 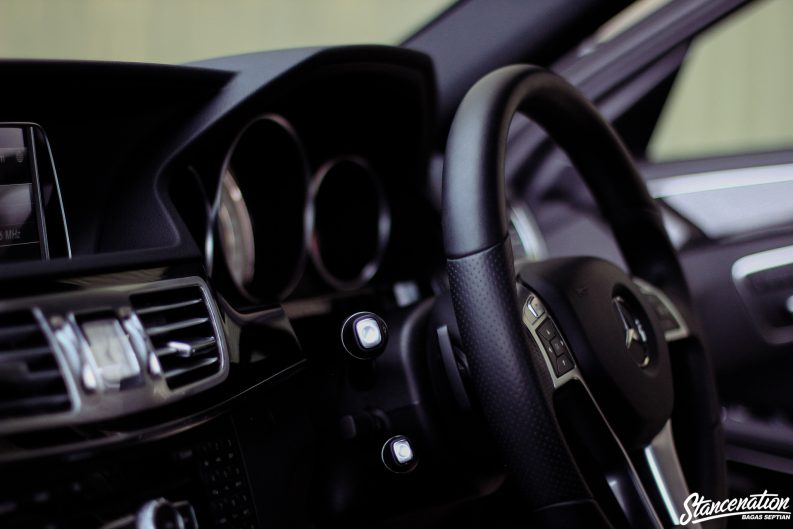 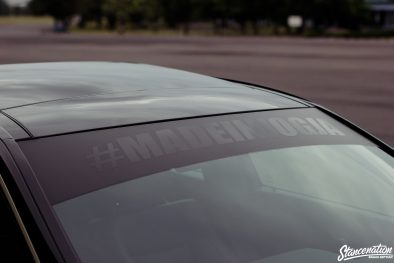 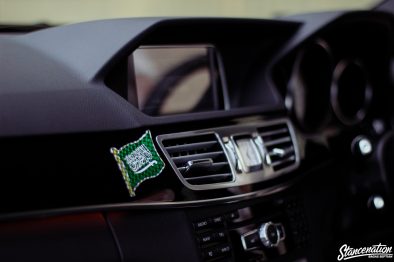 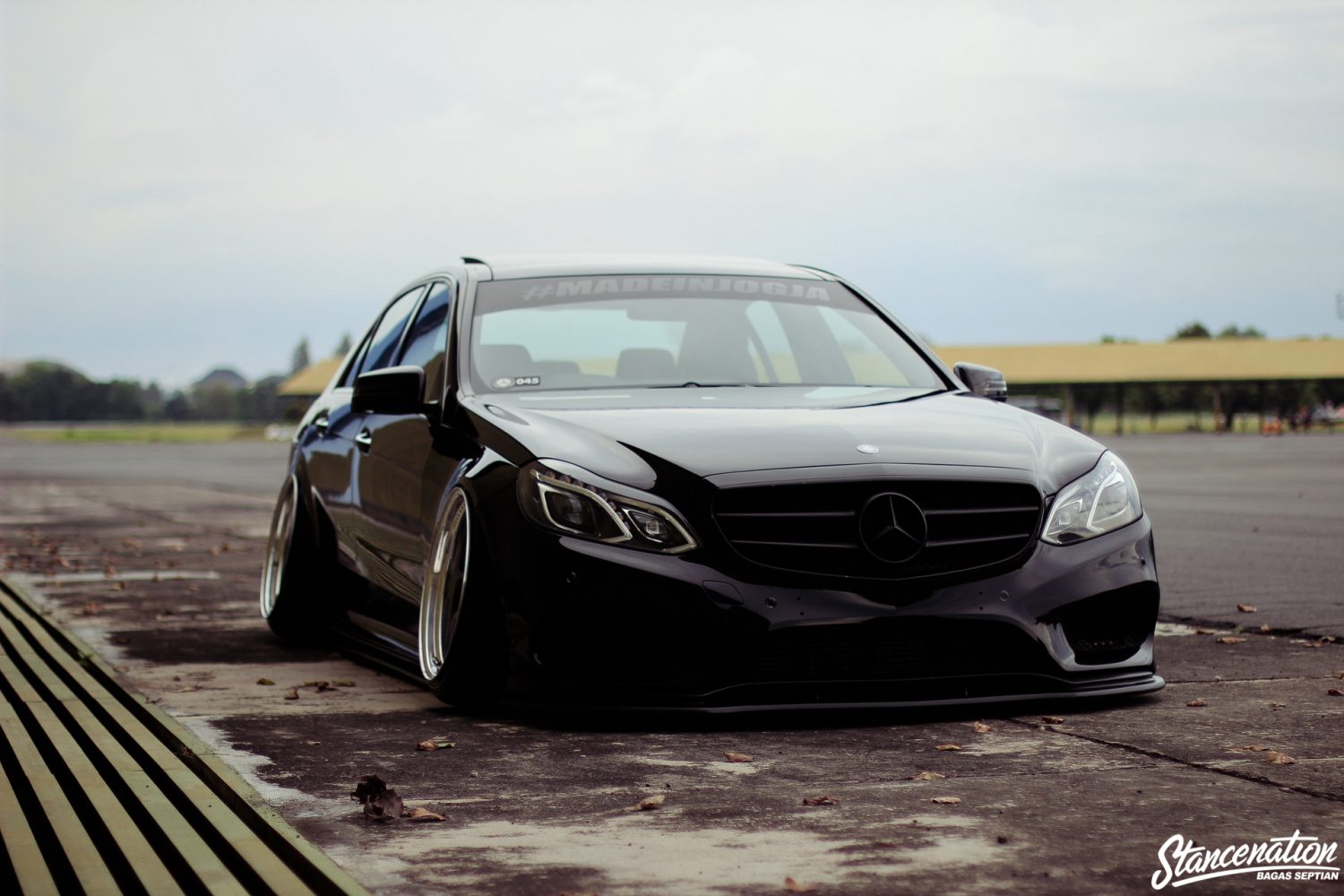 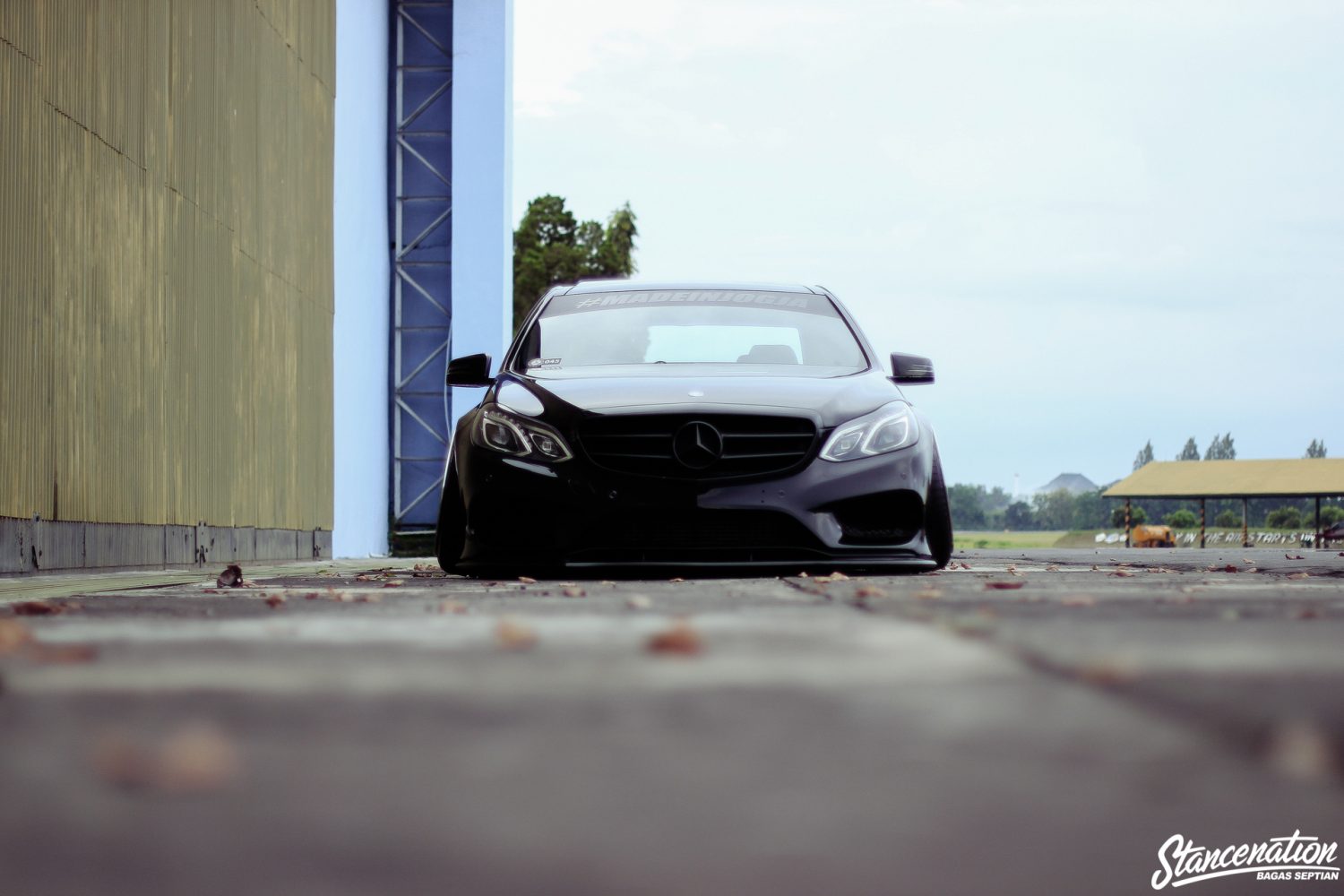