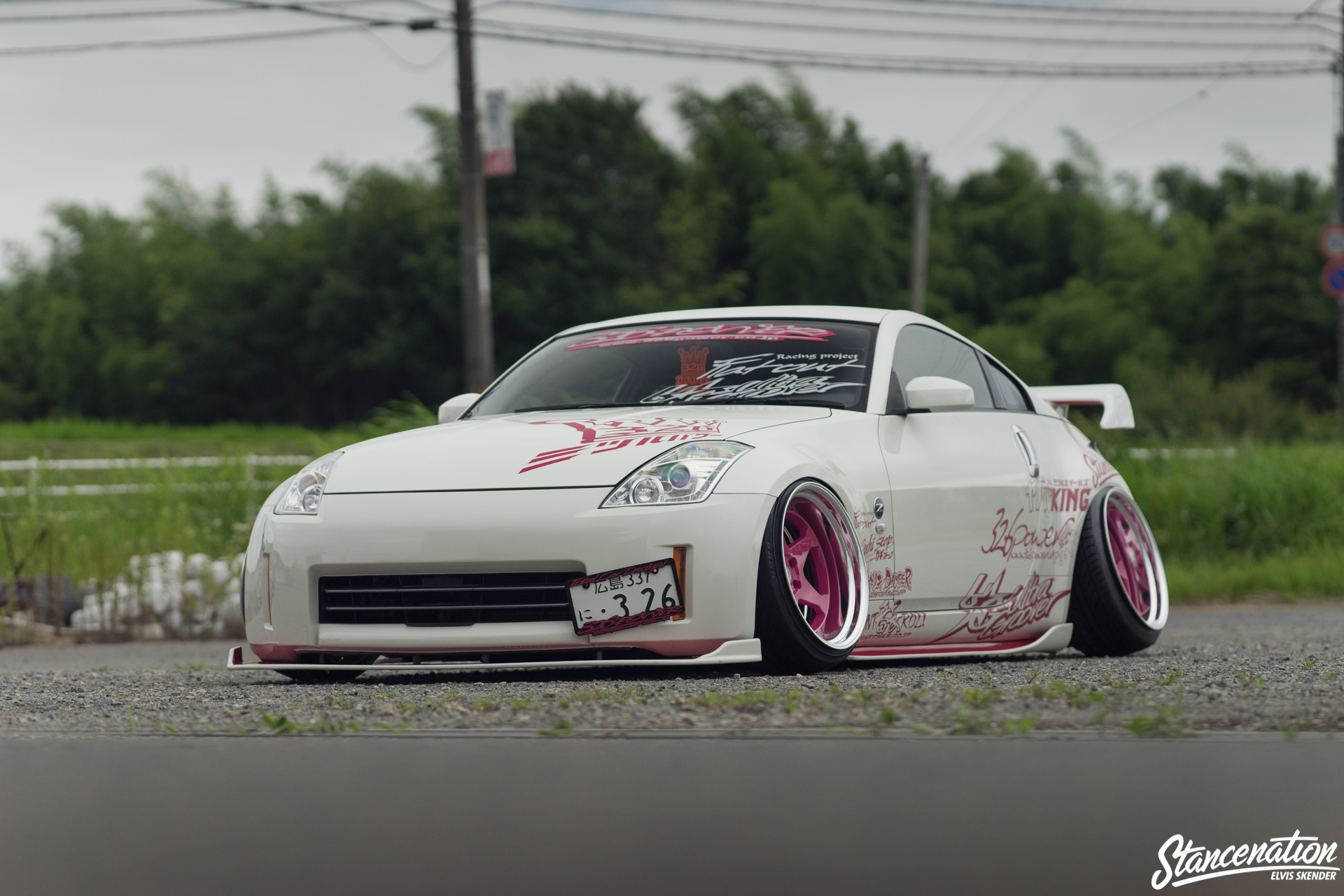 Almost every time we travel to Japan for our SNJP Nagasaki event we make a pit stop in Hiroshima and if the time prohibits, we do our best to make a quick stop at 326 Power. Over the years we have built an awesome professional and personal relationship with the 326 Power crew so we try to catch up as often as possible. During our most recent visit to the 326 Power shop, Mitsuru was kind enough to clean the infamous 350Z/Z33 so we could get a few photos of it. After all, this is one of the cars that has stayed with Mitsuru for the longest. They seem to go through demo cars every couple of years. 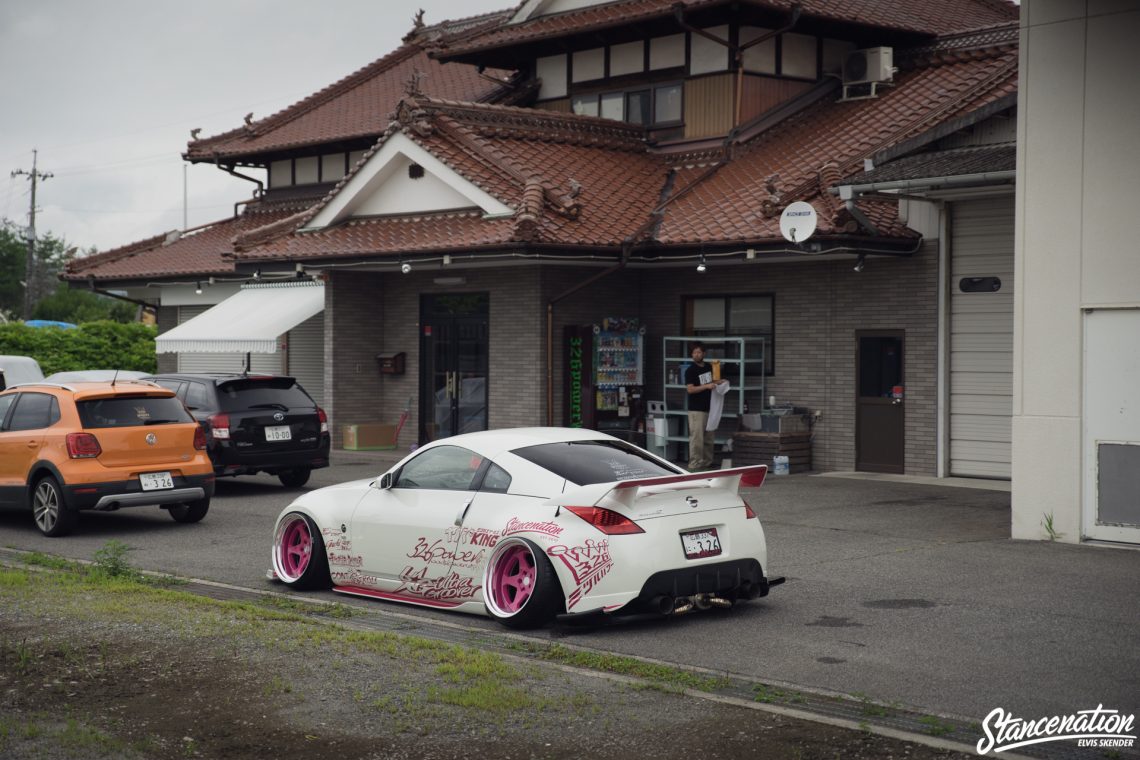 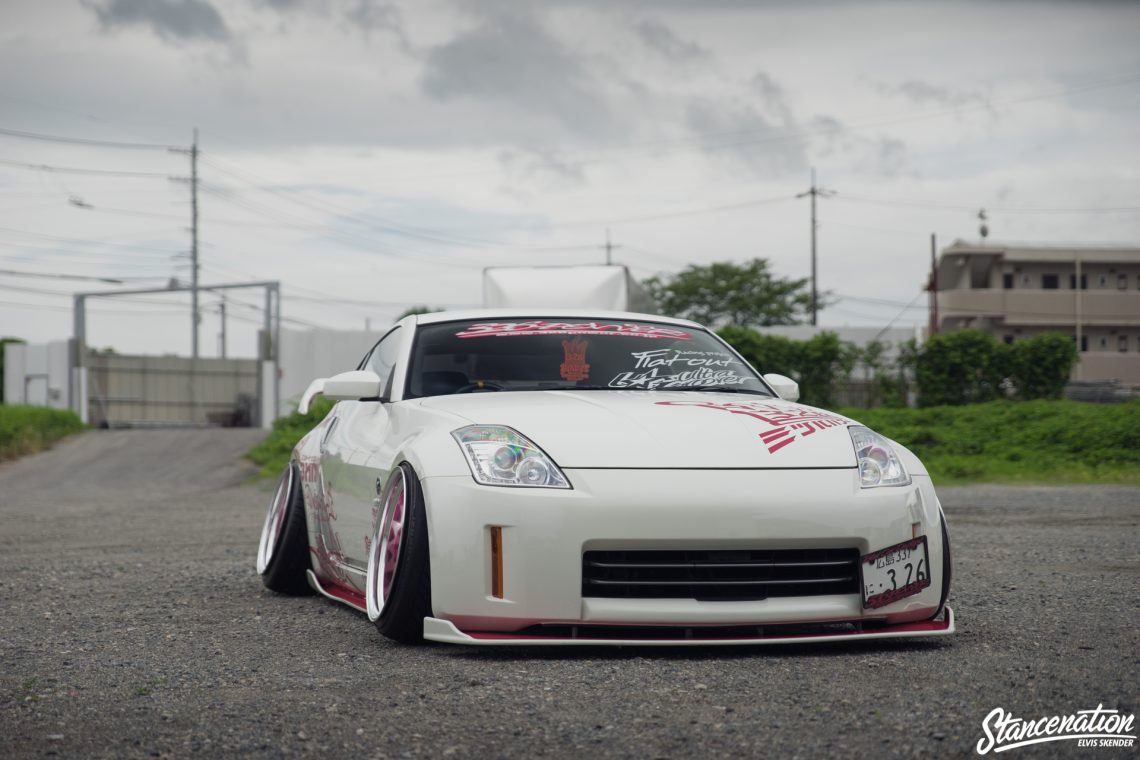 Unfortunately we don’t have much information on the car besides wheel specs but let’s just say that all aftermarket suspension components are assembled in-house by the 326 Power team. These photos weren’t intended to be posted as an article in first place, but we couldn’t just let them go to waste.. 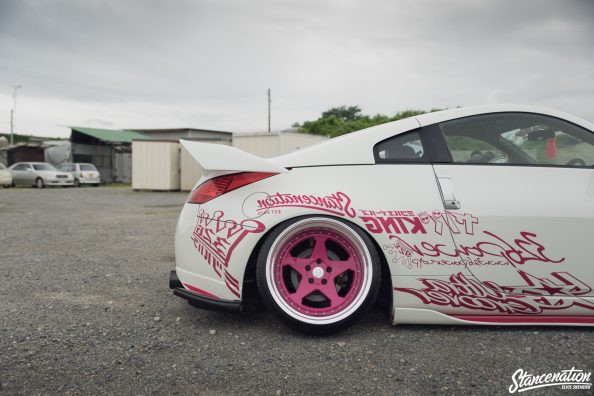 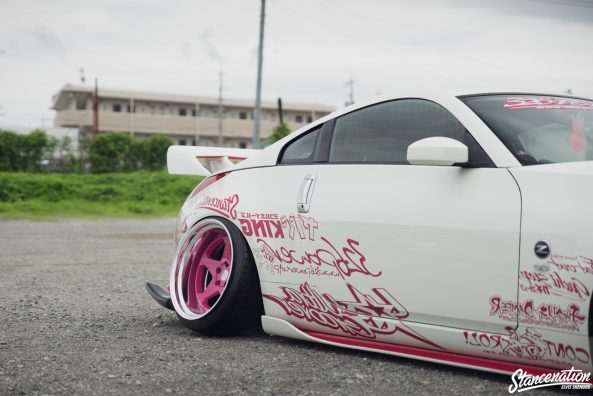 Front lip and sides is are one-off. The body of the car hasn’t been modified at all besides the basic fender trim. We only bring that up because the car obviously appears to be a lot wider than other stock bodied Z’s out there. Reason being is of course the negative camber, as well as the poke/stretch combination that all 326 Power cars seem to have. 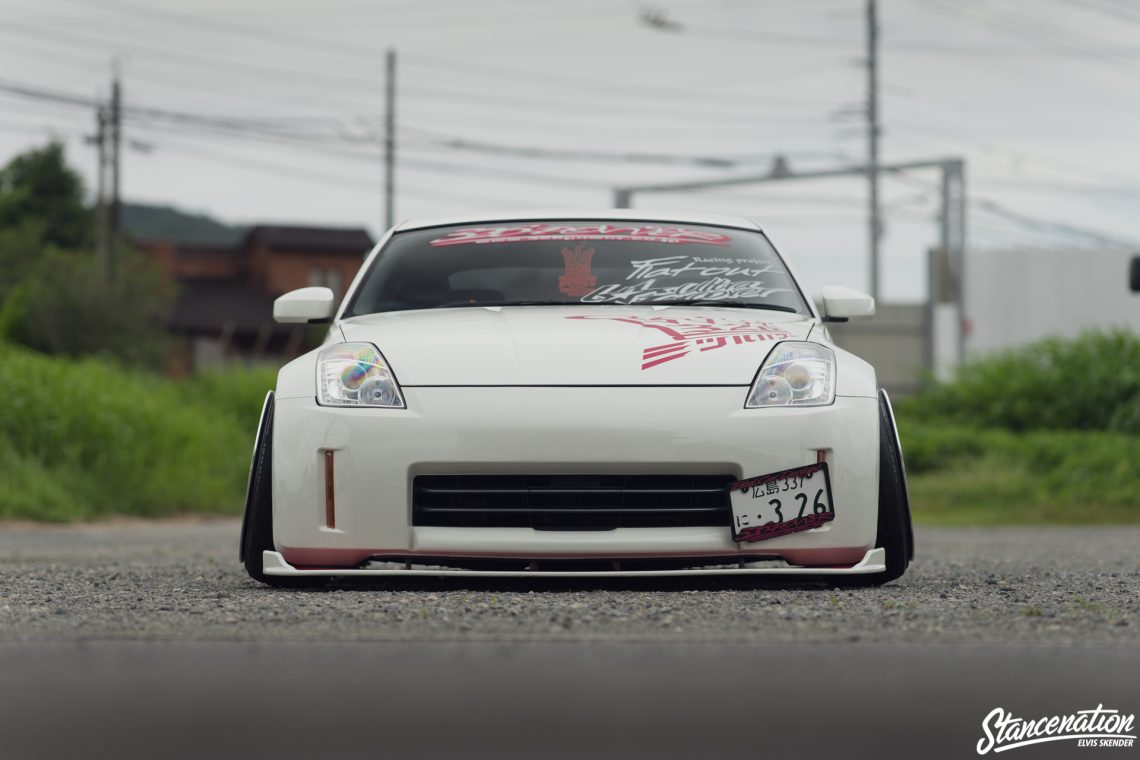 These guys are able to achieve air-suspension-like fitment with coilovers. None of their demo cars daily driven by any means but the cars do get driven to local meets/shows and occasional drives. No serious rubbing anywhere and most importantly not much (if any) wheel barrel showing. 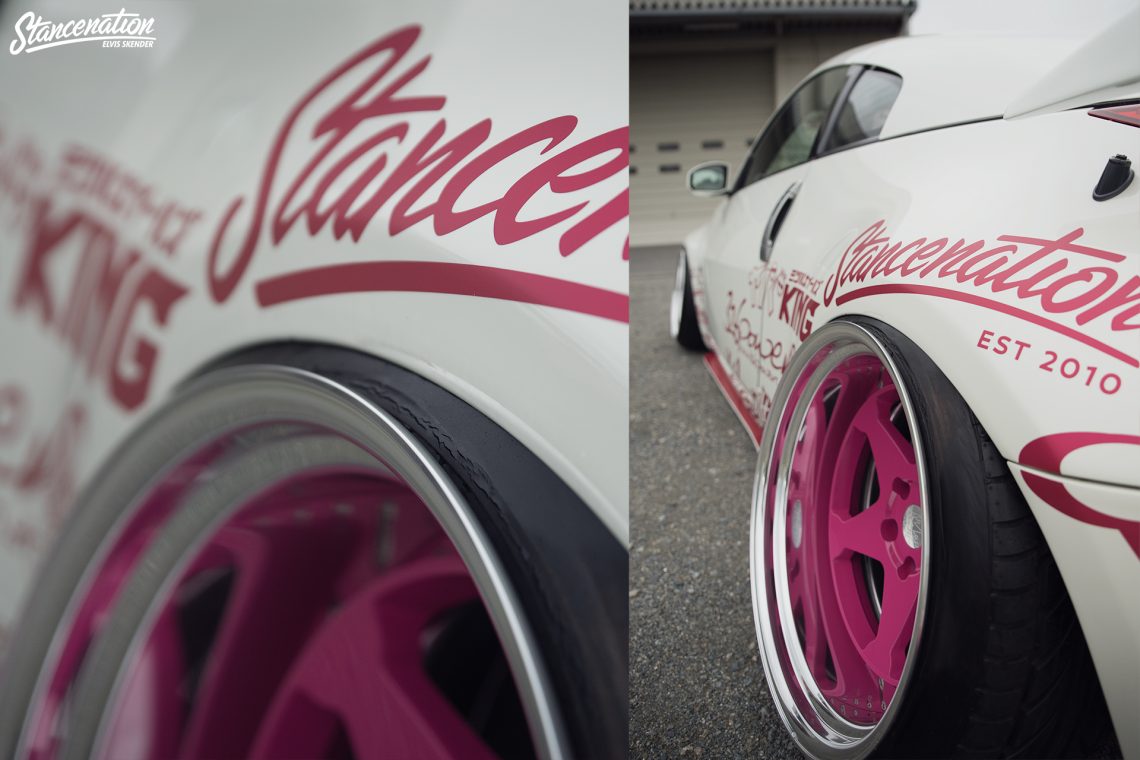 One of my favorite products that 326 Power makes would have to be their wing. We like to call it the 326 Power wing but many people including 326 Power call it anything from Manriki wing to Mitsuru Ryoku wing, Mitsumi wing and even Manryoku wing.. Since these photos are a few months old, the wing on this car isn’t their “updated” wing. Their new version features a 326 Power logo embedded on top of the wing and numbers 3 2 6 on the bottom. 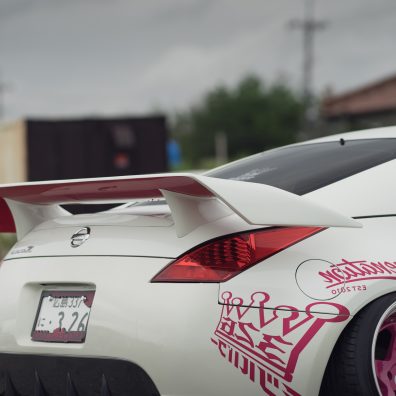 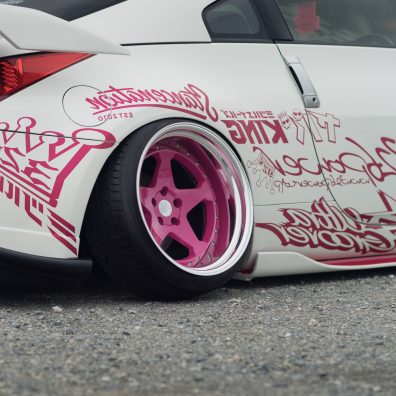 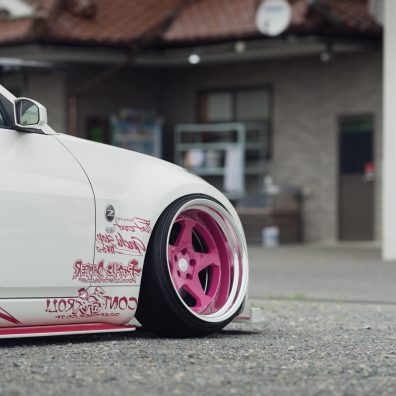 Another close up shot of the 326 Power wing. 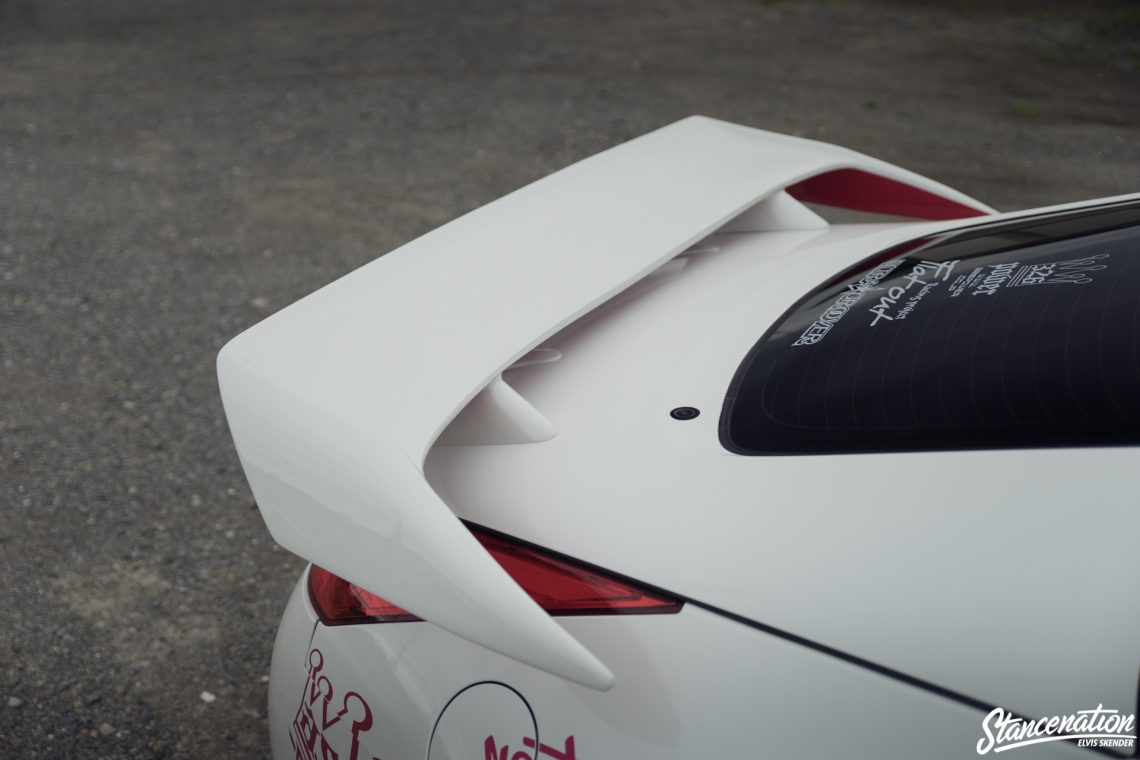 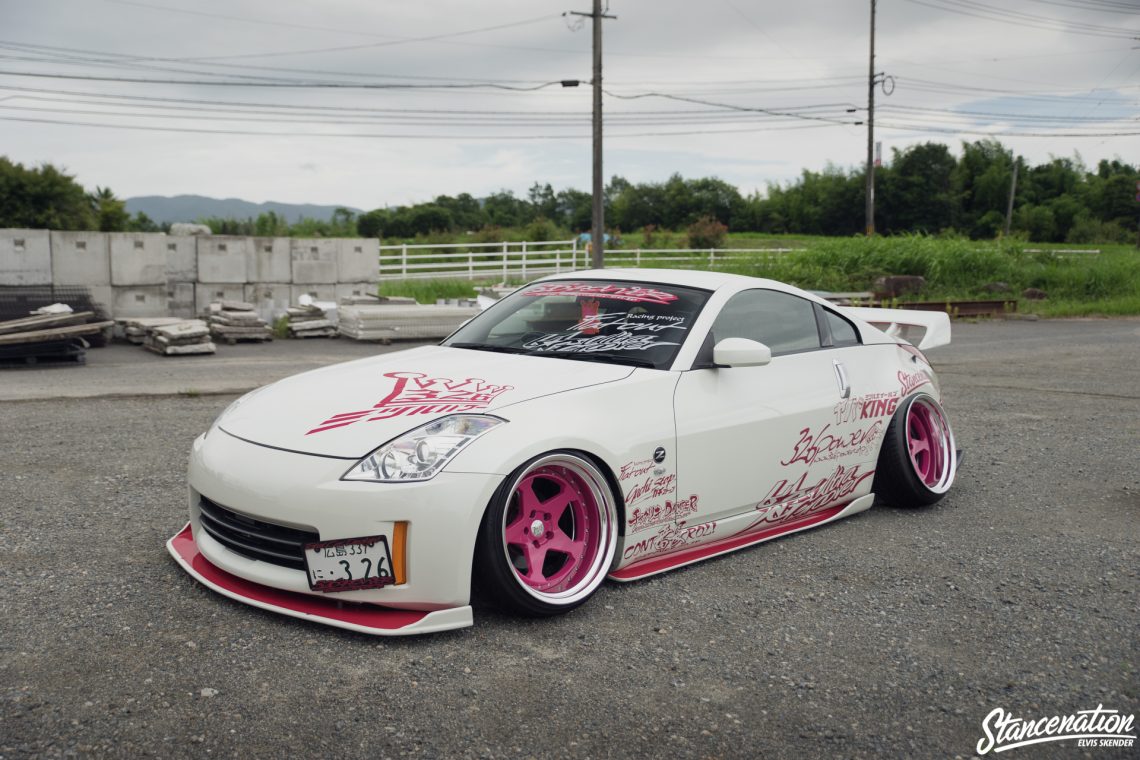 Close up of the wheels.. 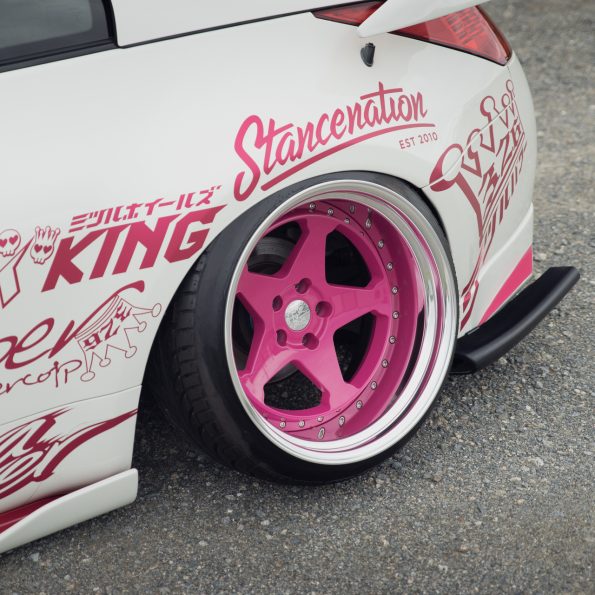 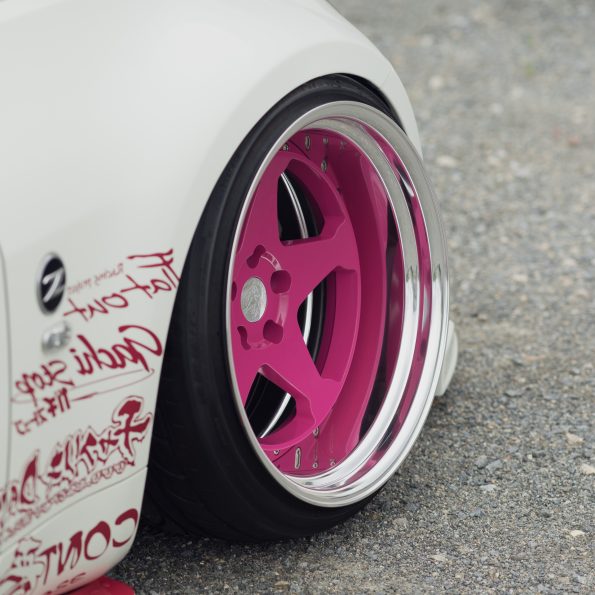 Love the side profile of this thing.. 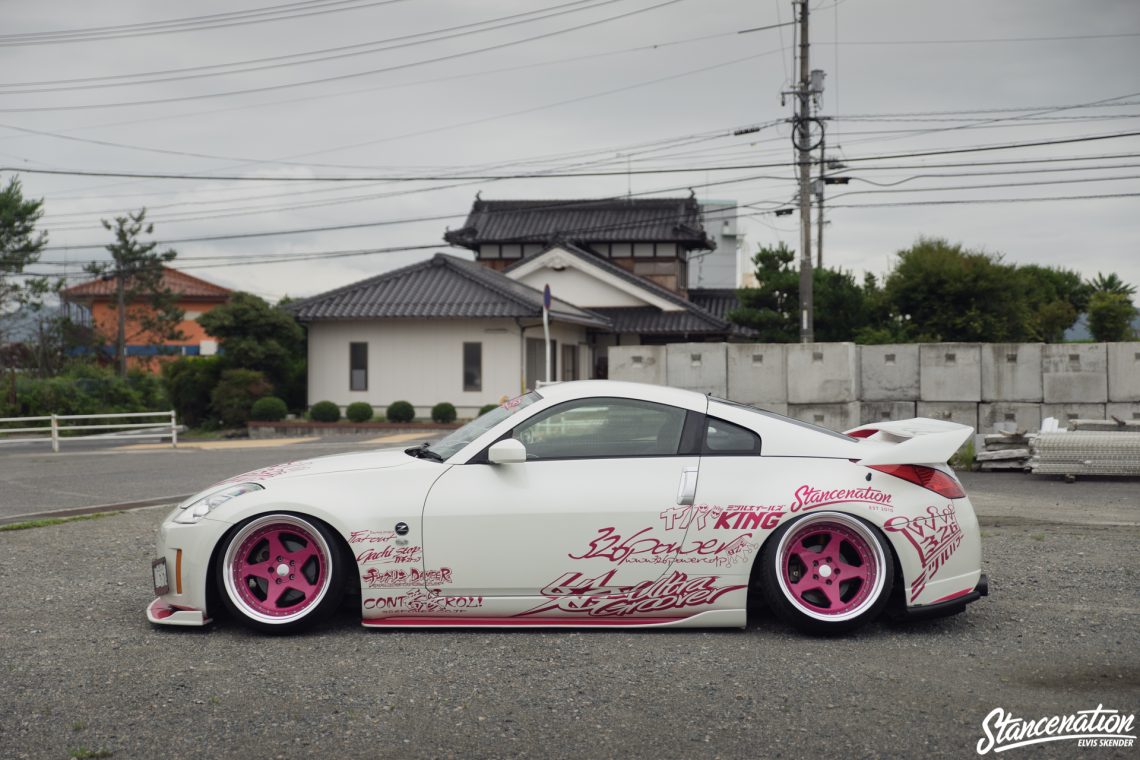 As beautiful as that piping looks it also sounds incredible. Unfortunately we don’t have any videos for you at this time but just take our word for it! 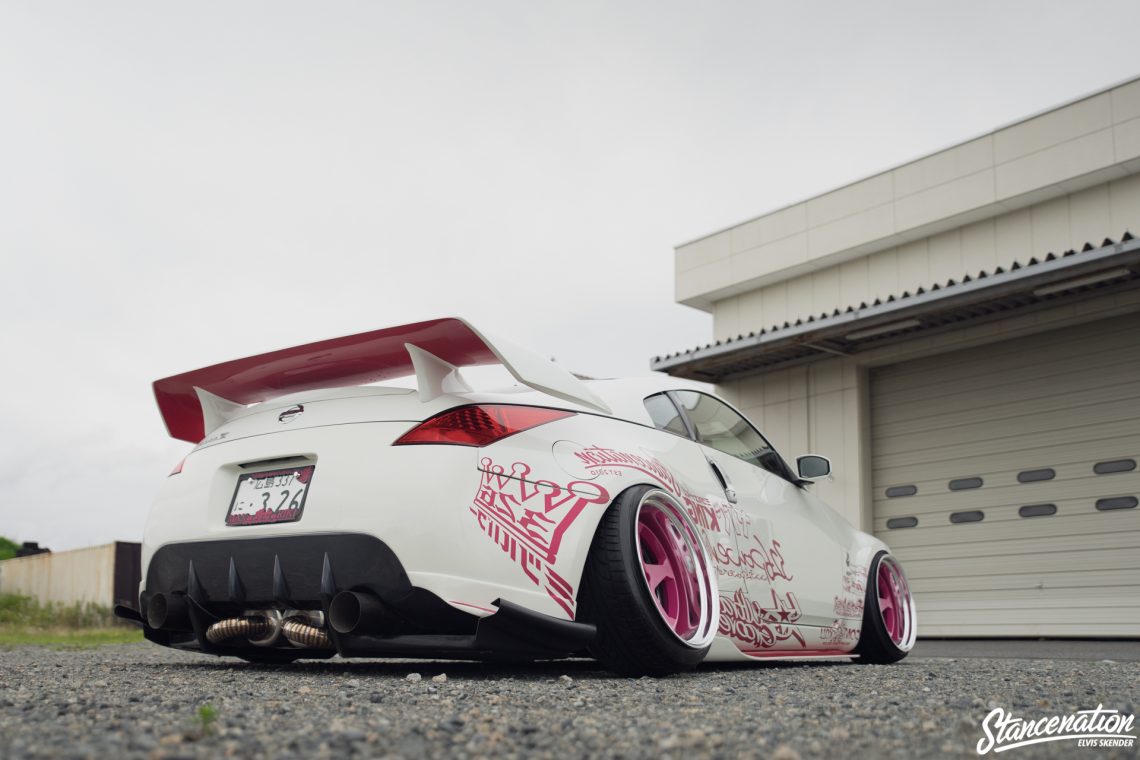 Of course, the close up of the exhaust.. 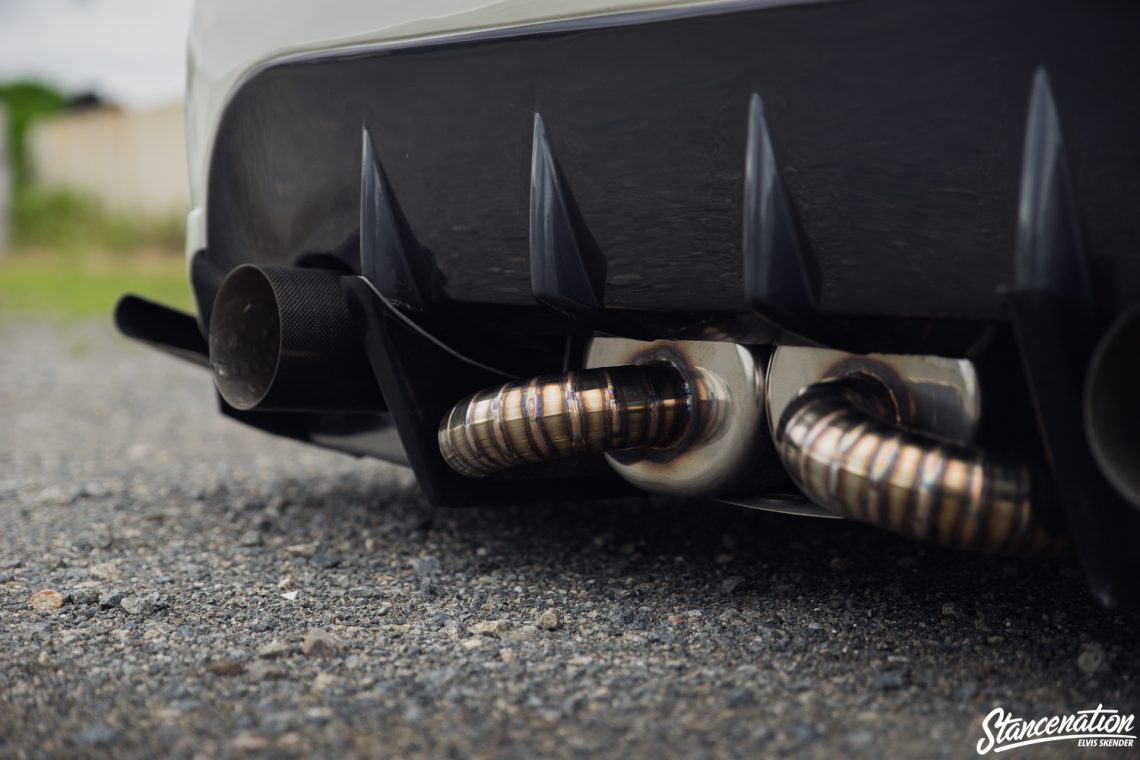 Check out that big behind! 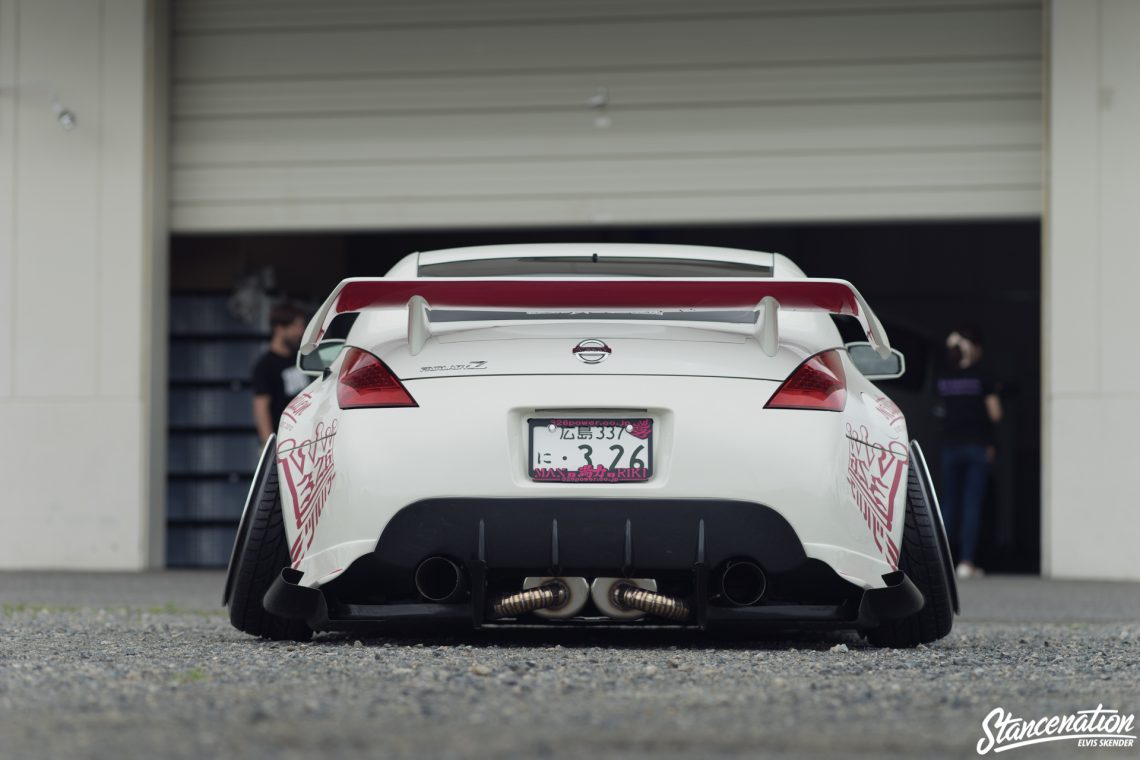 We’ll leave you with a few more shots to enjoy! 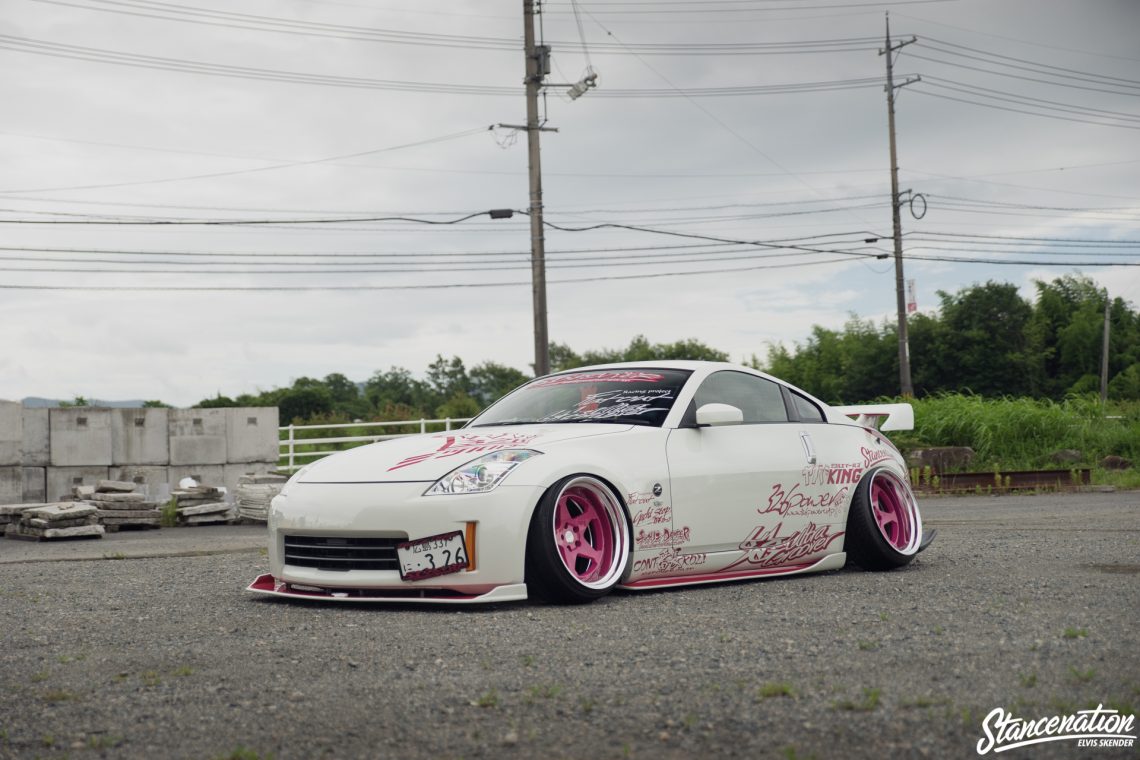 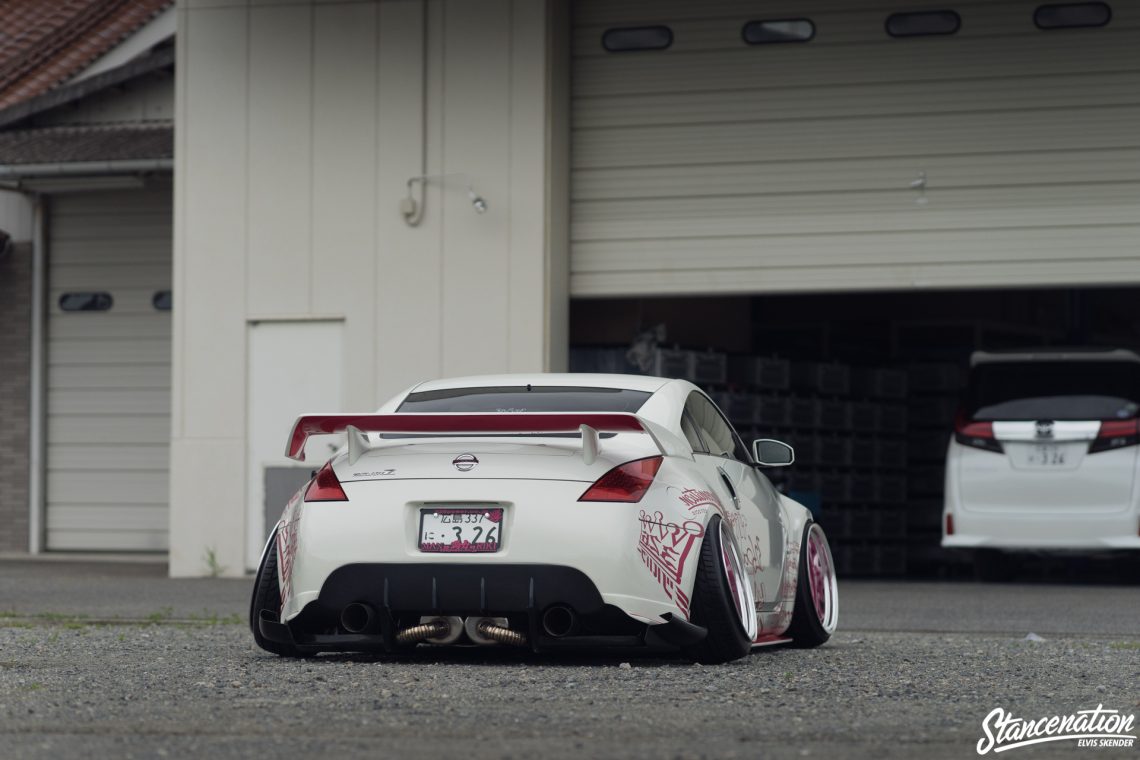 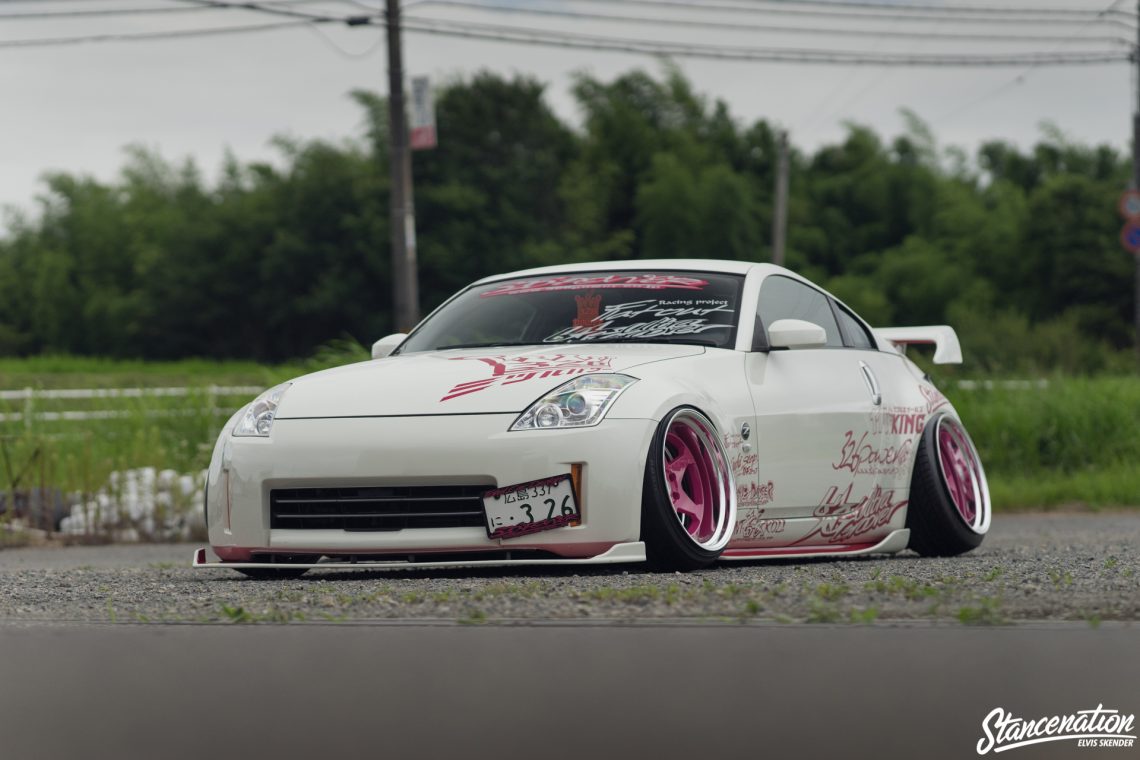 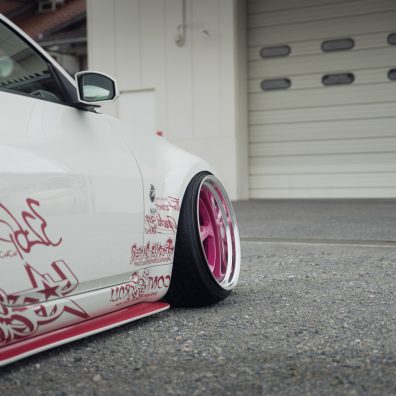 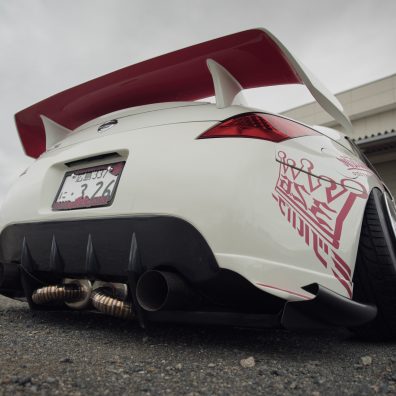 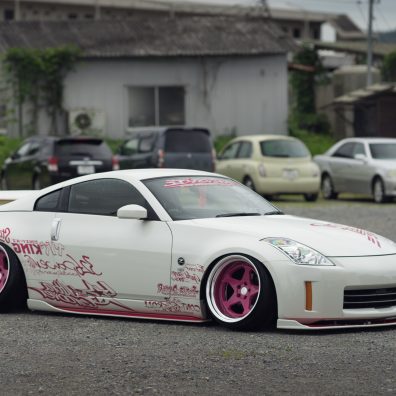 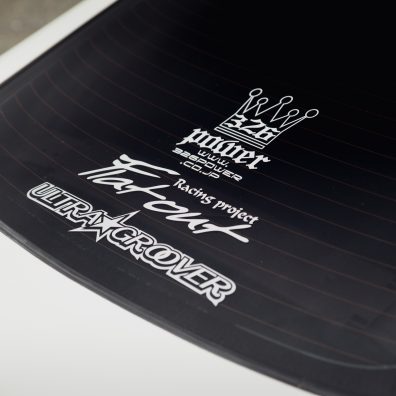 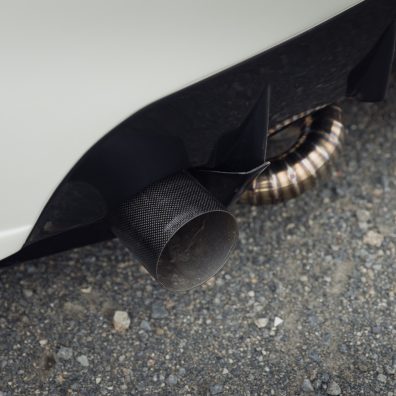 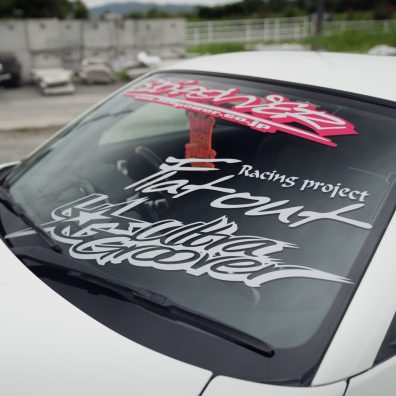