Wow, I don’t even know what to say right now. First of all, I want to thank all of our fans from all over the world for making StanceNation what it is now. I value and respect every single one of you more than you can ever imagine. StanceNation isn’t really known for putting on massive automotive events but rather acting as a bridge between all different styles and car cultures around the world. Sure we have had a few car meets in the past but it was nothing of this scale. With that said, Japan has been very supporting of what we do and over the last few years I’ve lost count of how many emails I received from our Japanaese fans asking us to put on a show out there. With the help of our close friends at Geibunsha (publishers of top automotive magazines in Japan such as VIPCAR, Customer Car etc) we were finally able to make StanceNation Japan G Edition a reality. In just a couple of weeks that our registration had been open we had received over 1200 registrations! Having only enough space for about 700 cars, we unfortunately had to turn down a lot of quality cars. On the day of event, the final numbers were somewhere close to 850 cars (including 150 vendor cars) and somewhere around 85 different vendors. I couldn’t be more thankful for all the support our Japanese fans have shown us and as I said a couple of days ago, I can only hope that they had as much fun as we all did. Since we had 4 different photographers covering our event, we’ll break this coverage into several posts starting with Connor Surdi’s incredible photos. Make sure you click-through all the pages and enjoy the high res photos by clicking on any of the thumbnails. 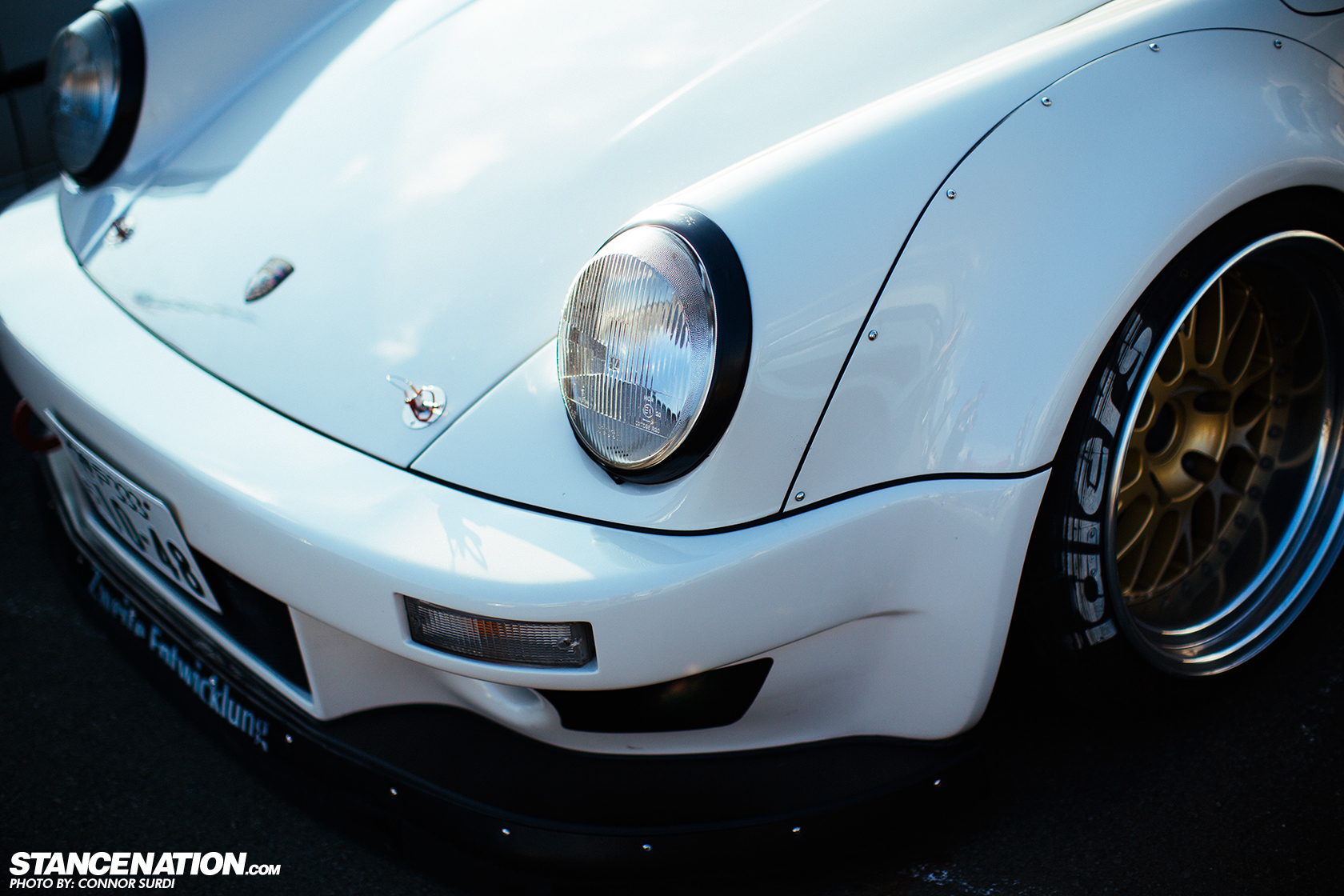 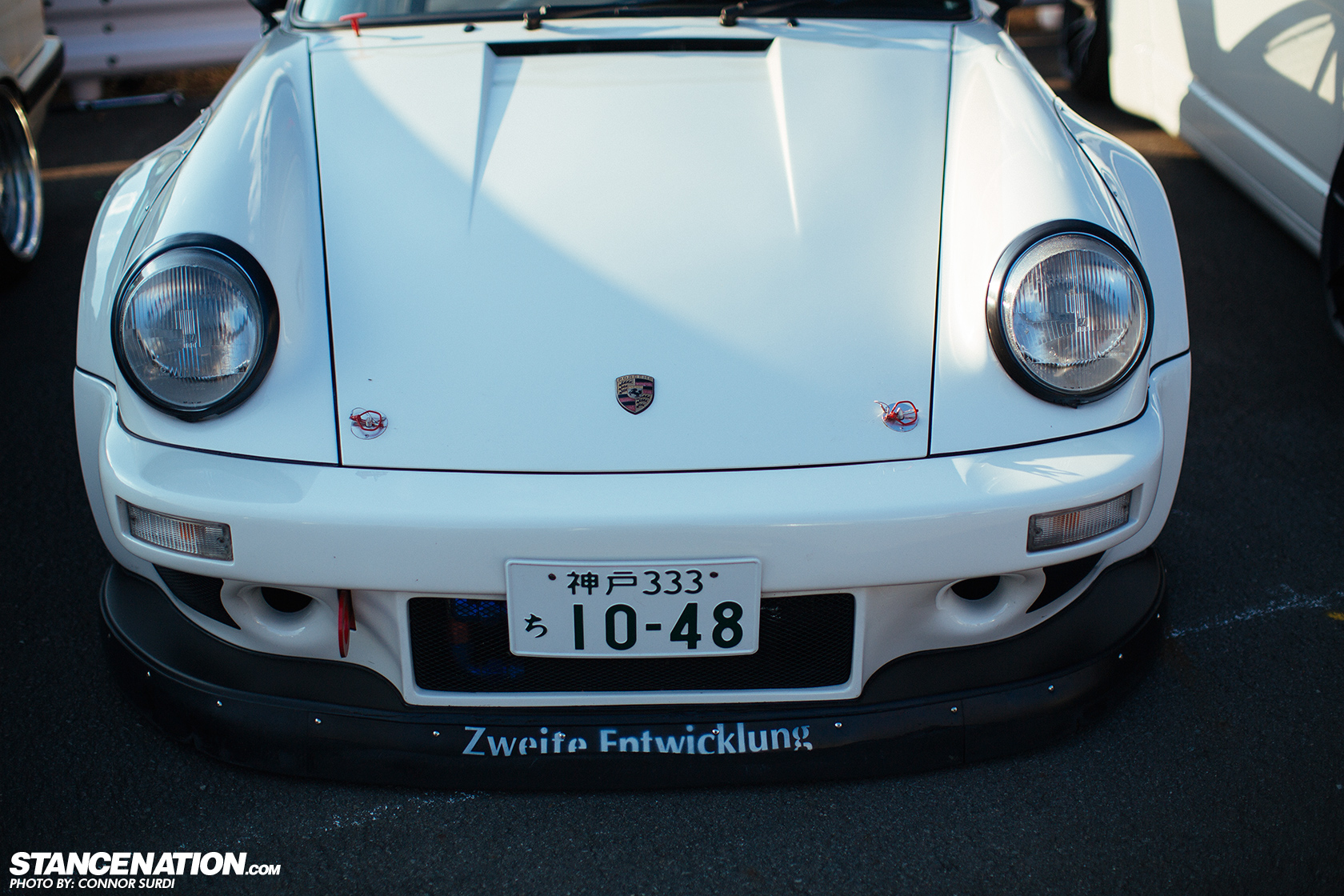 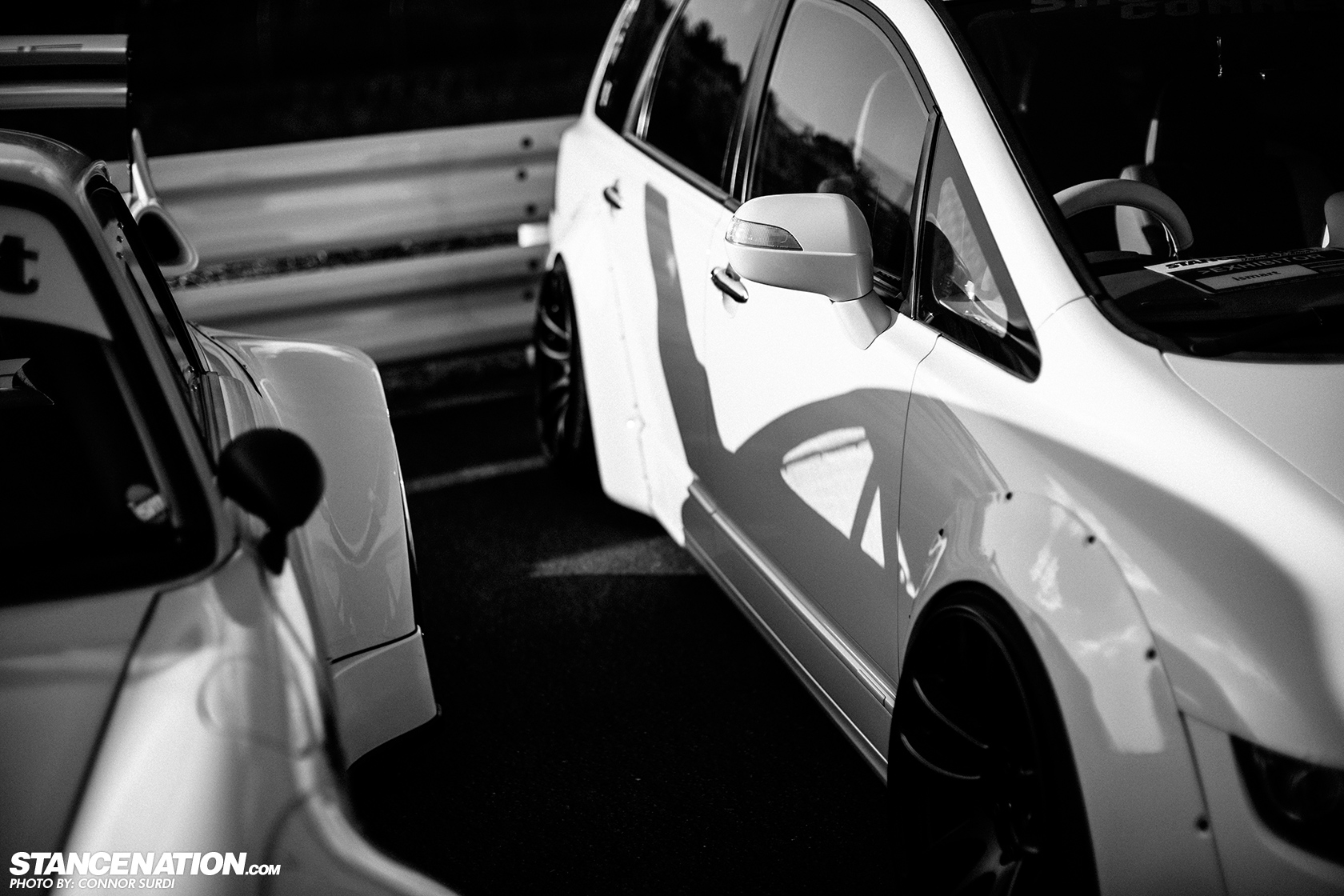 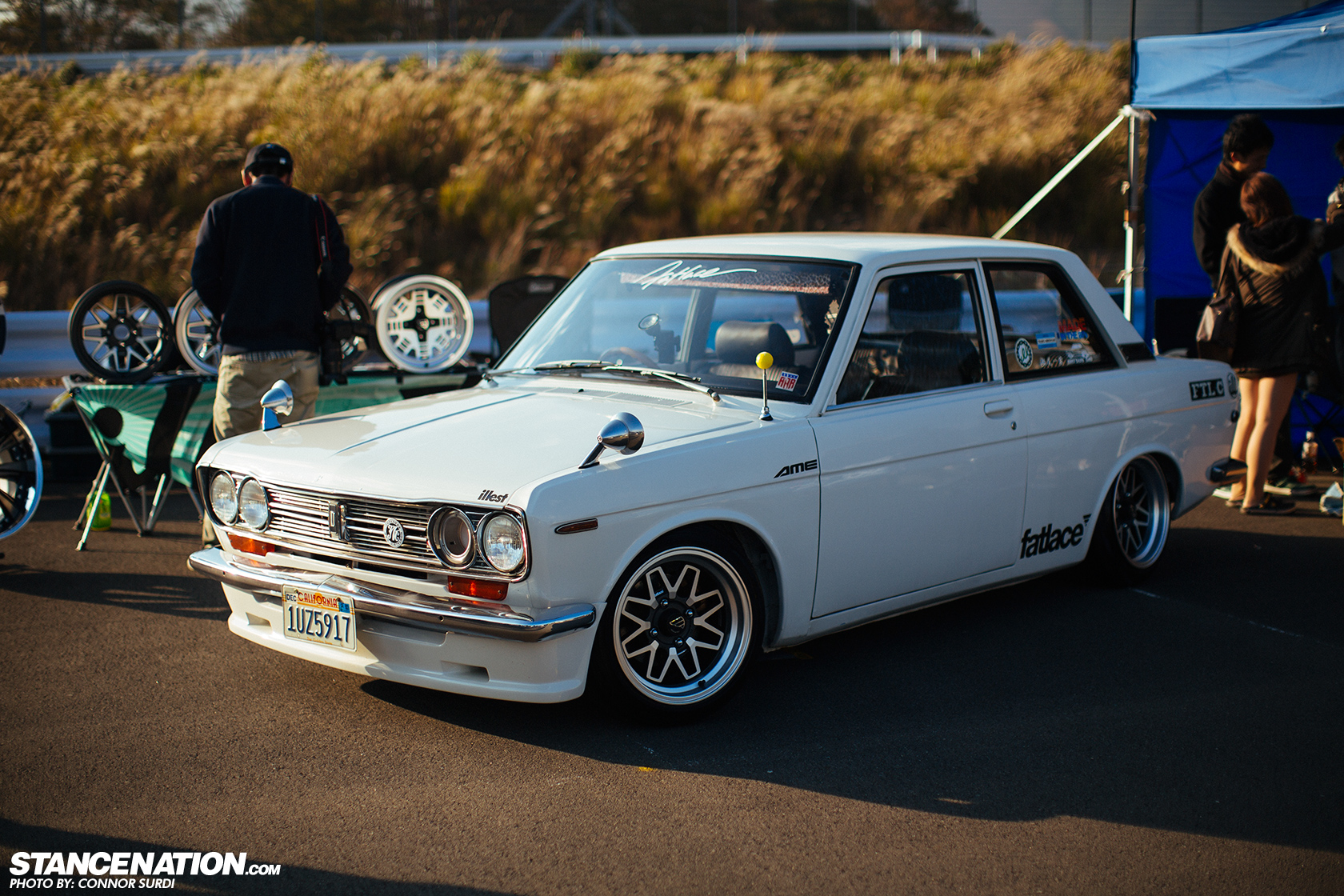 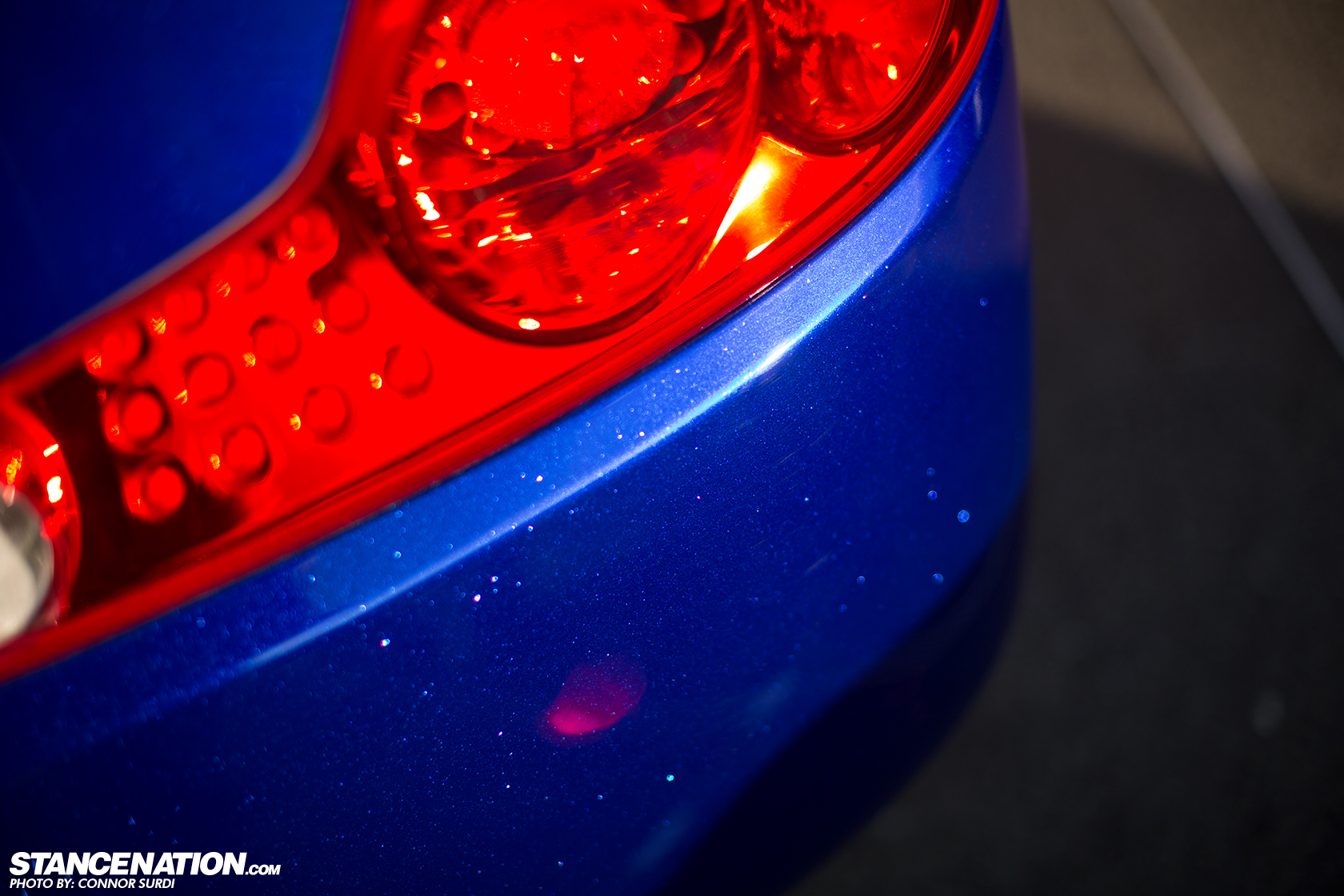 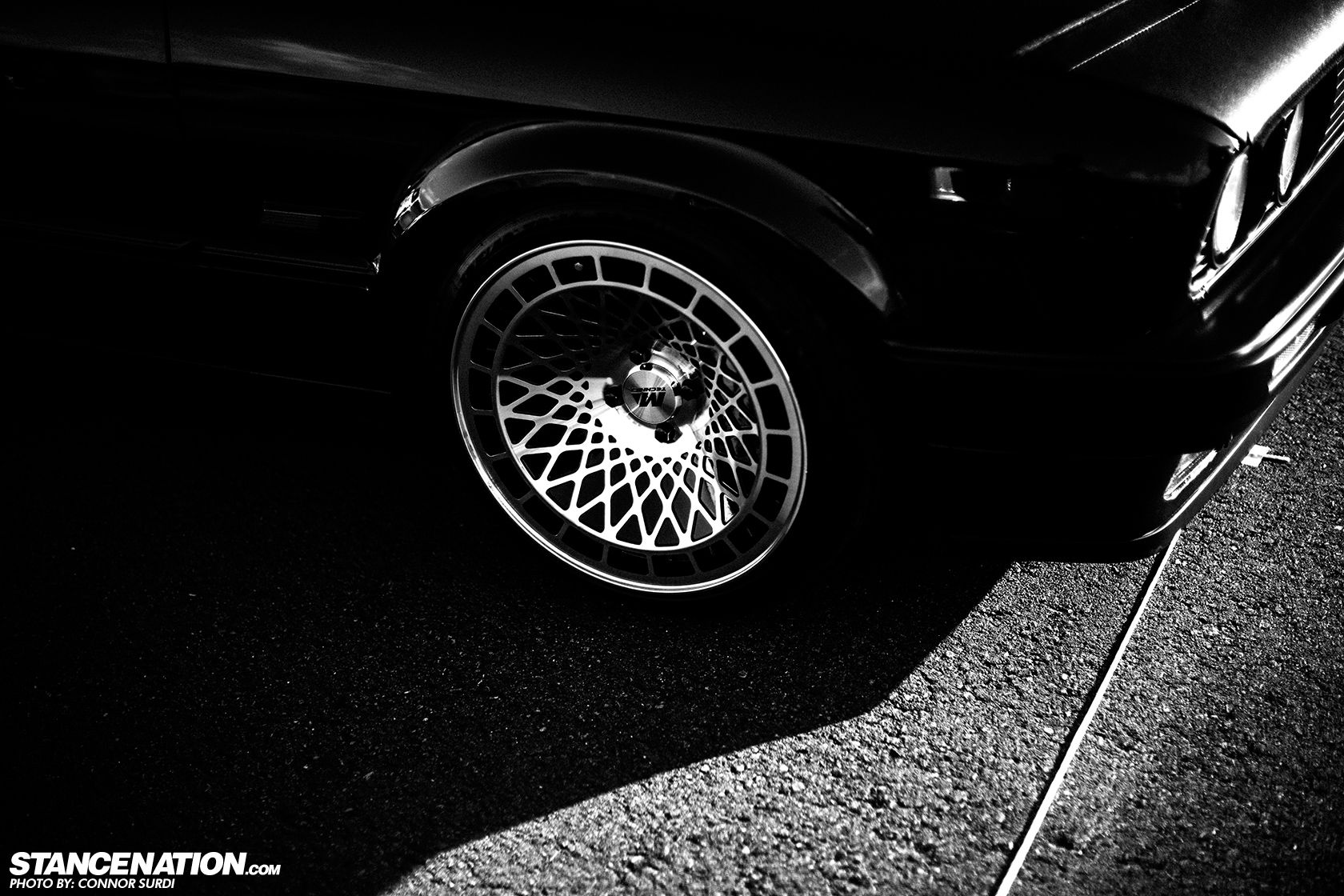 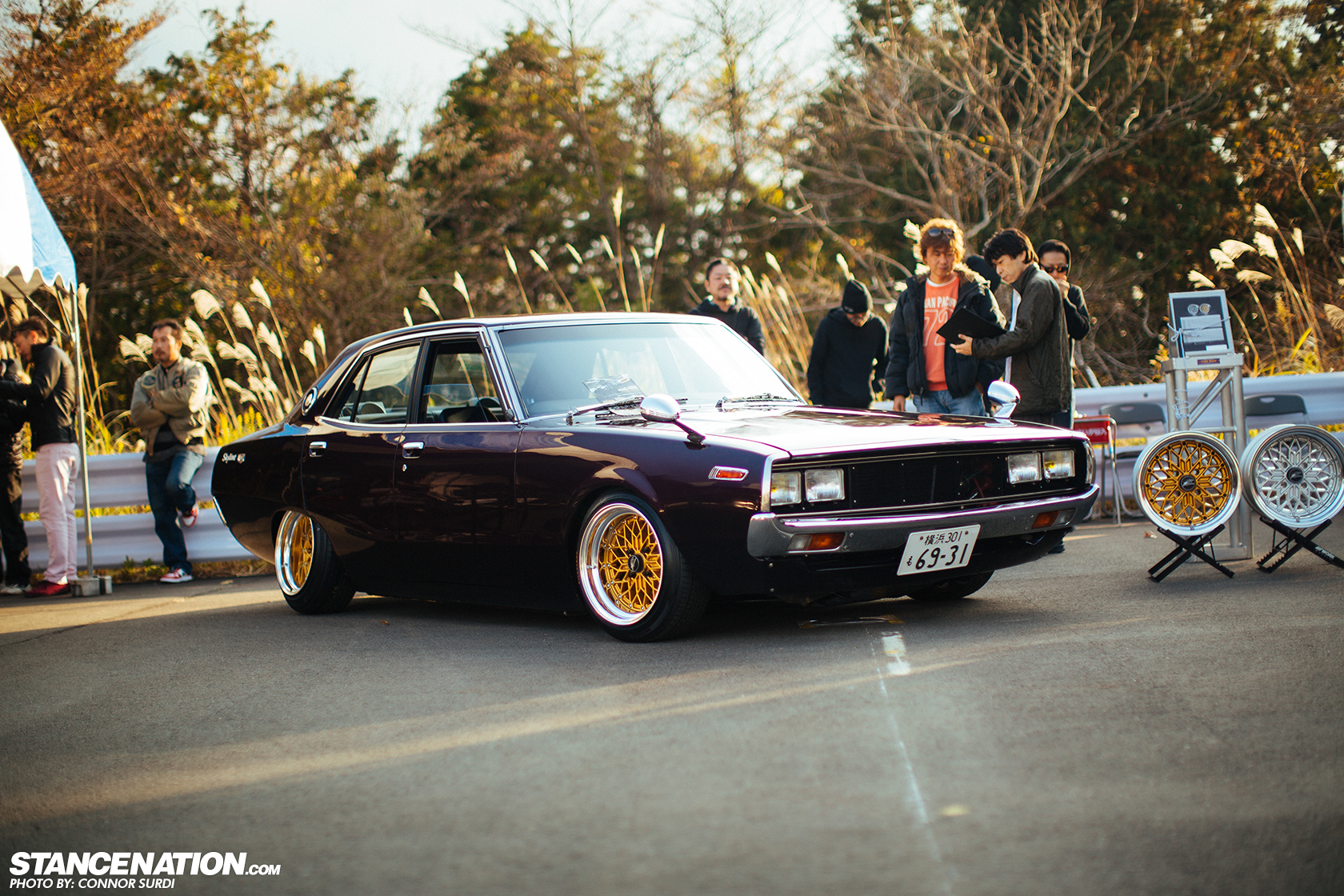 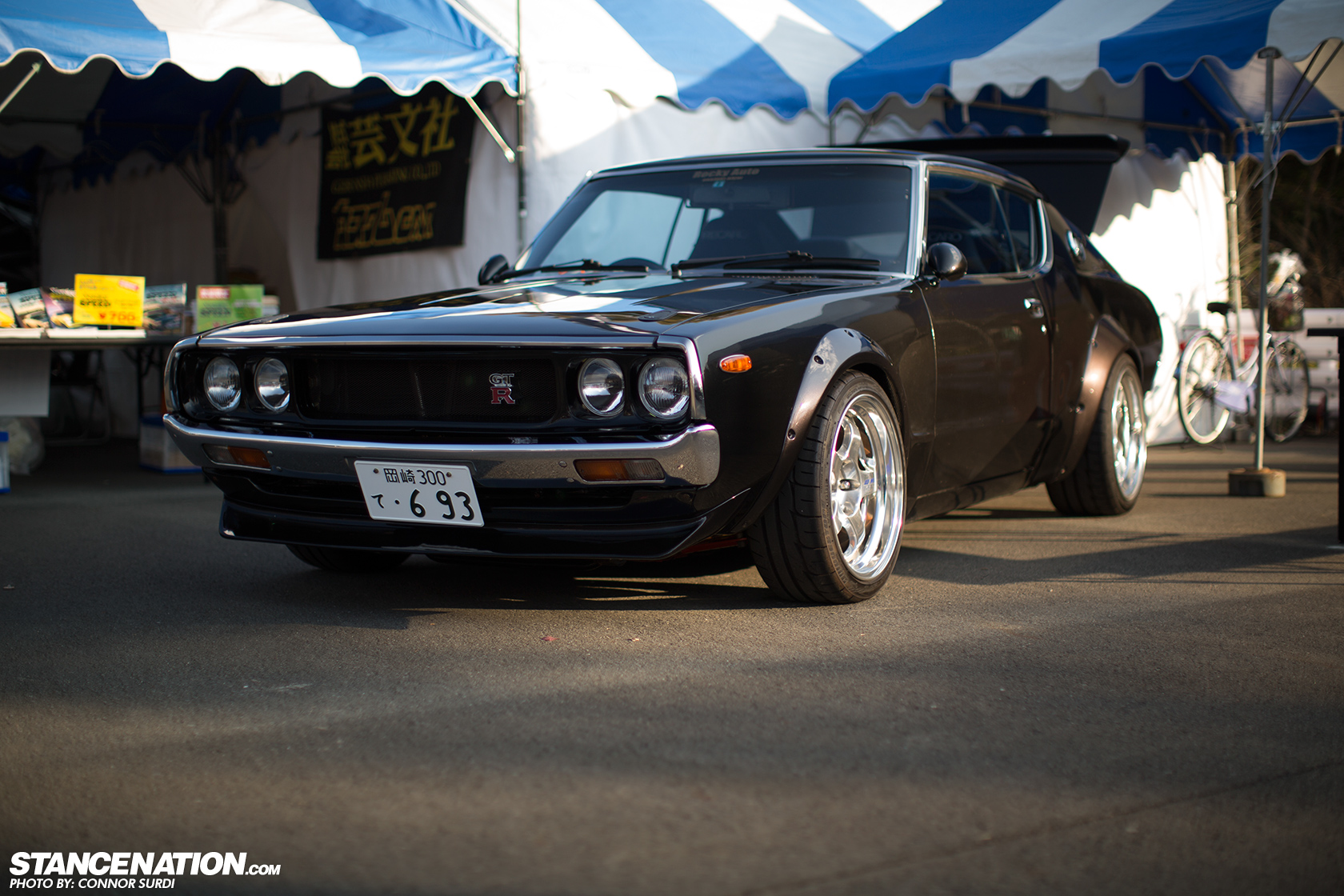 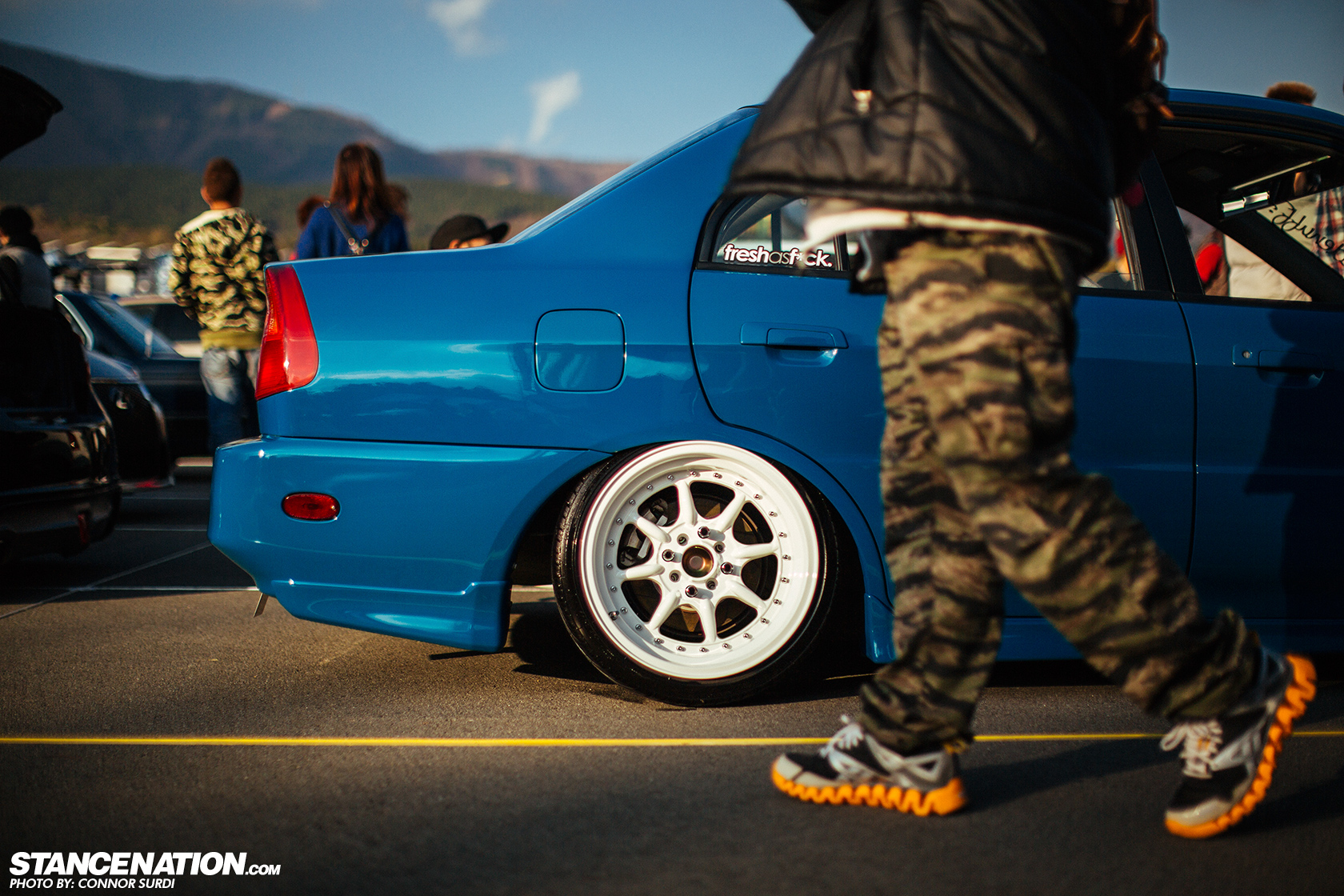 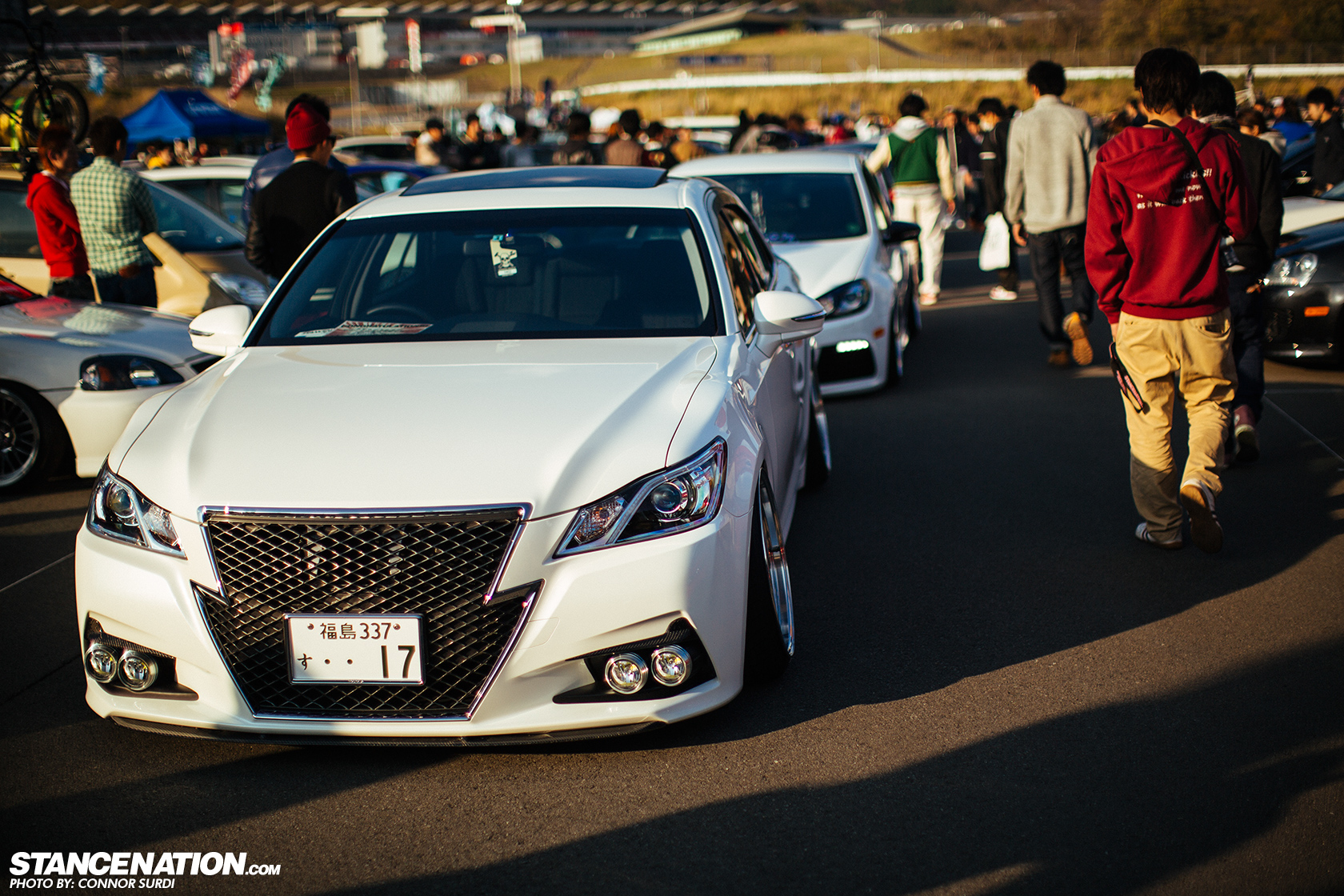 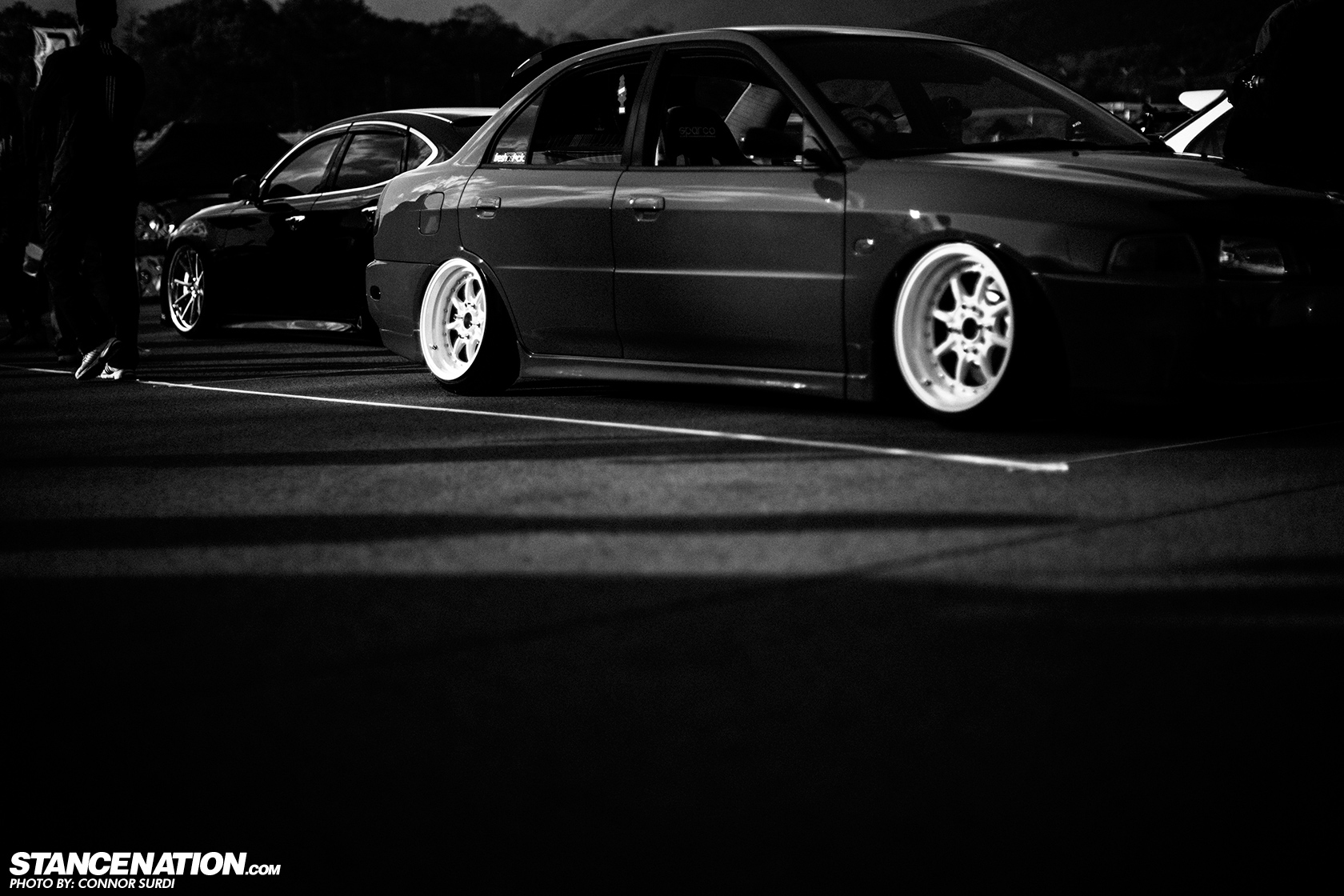 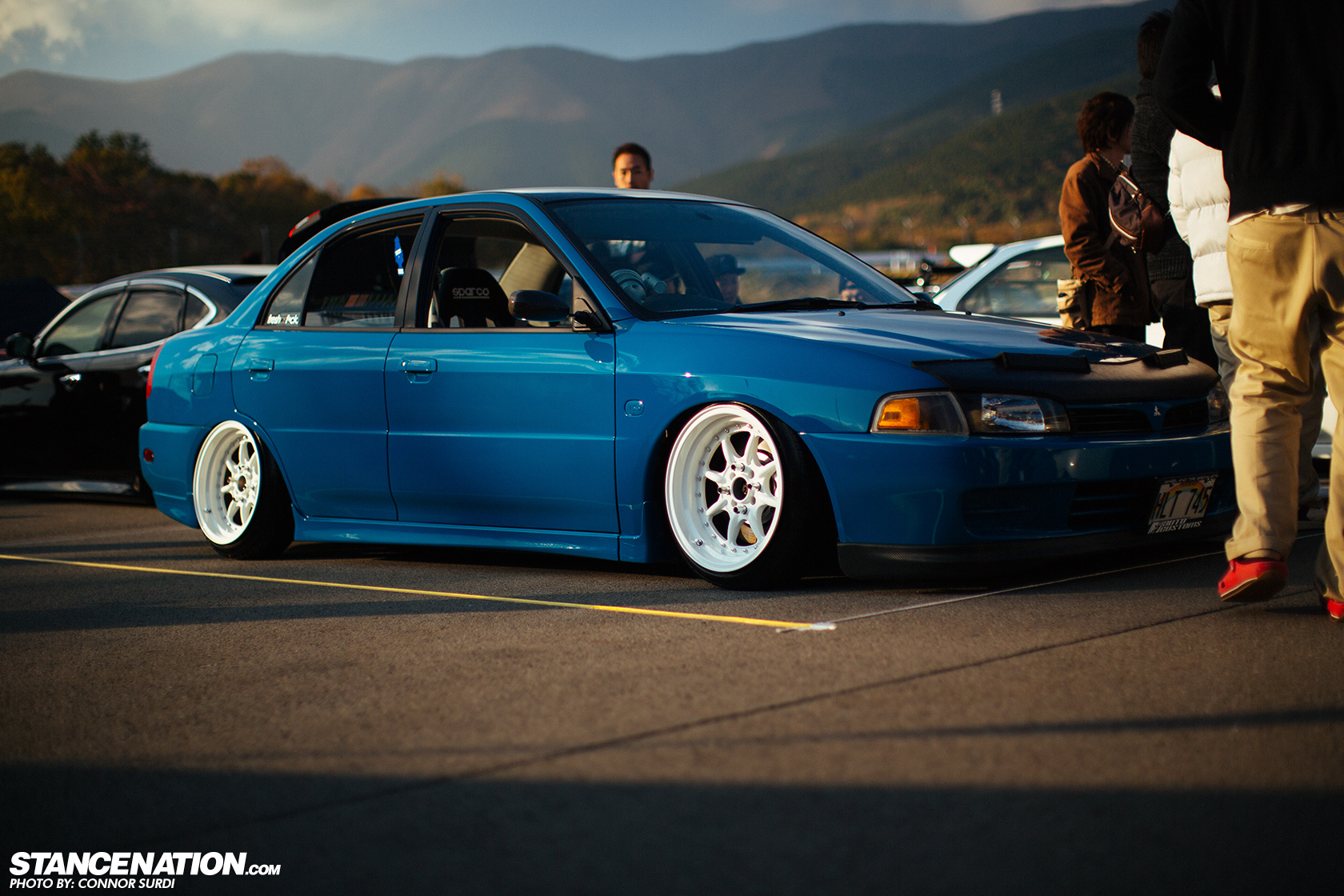 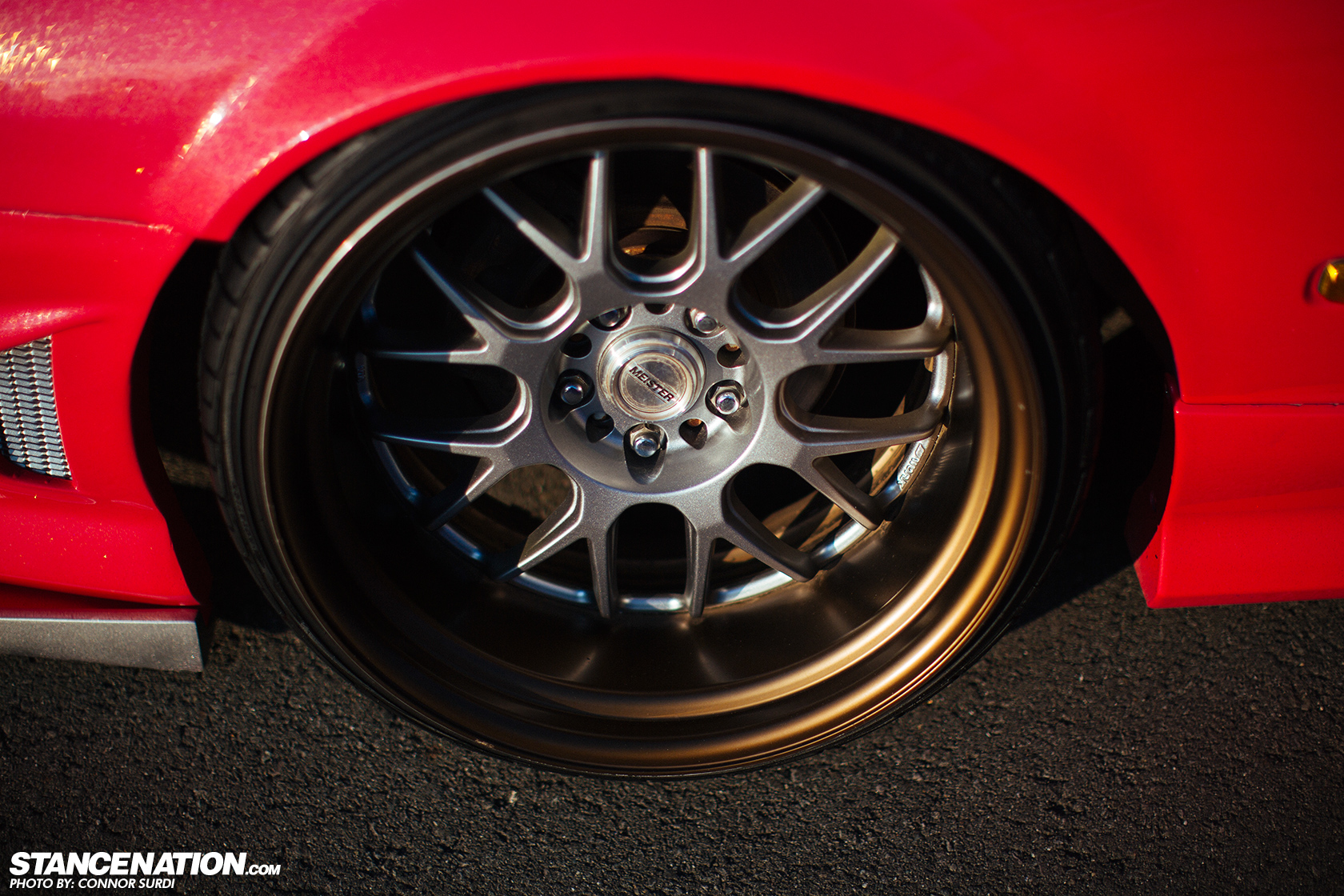 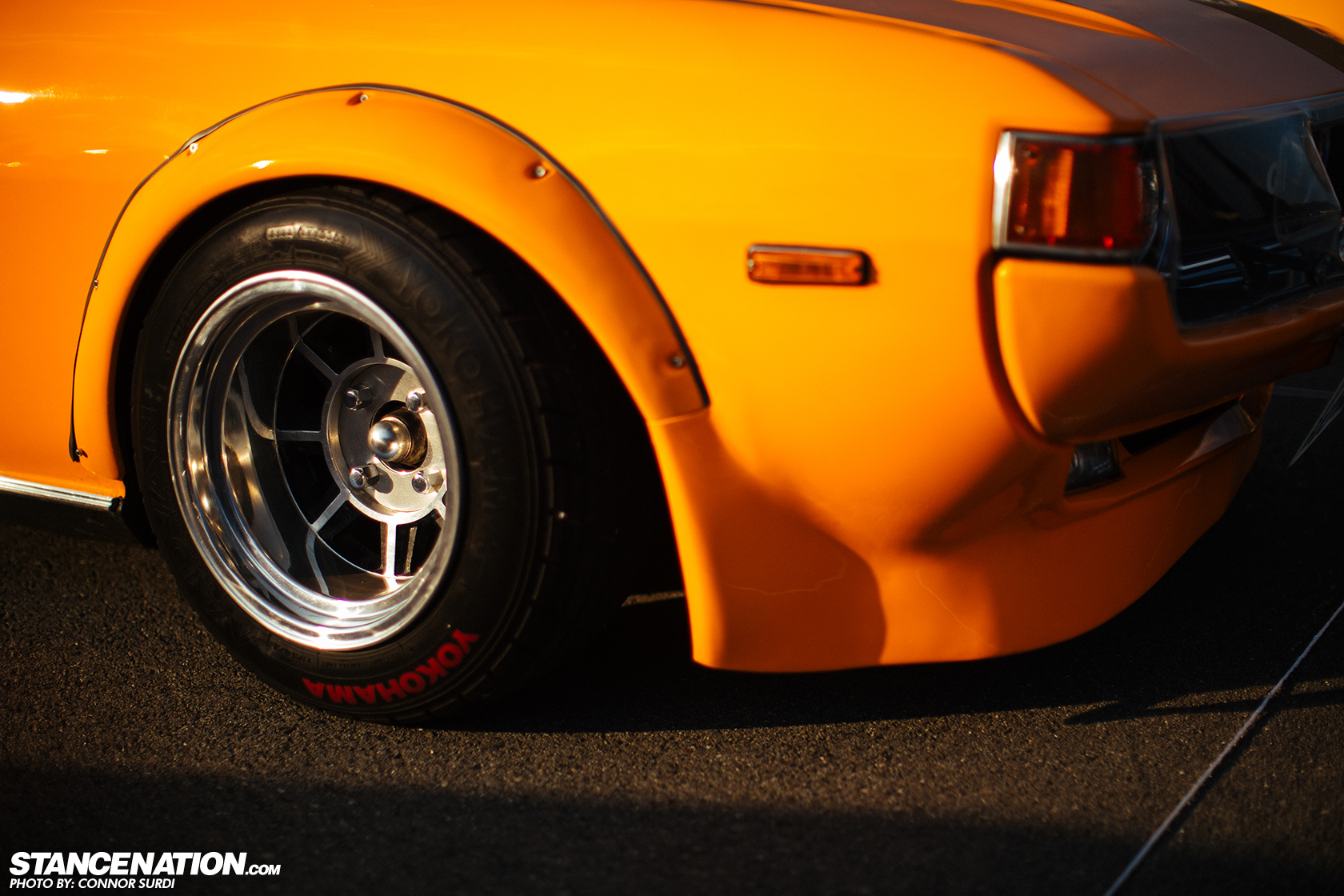 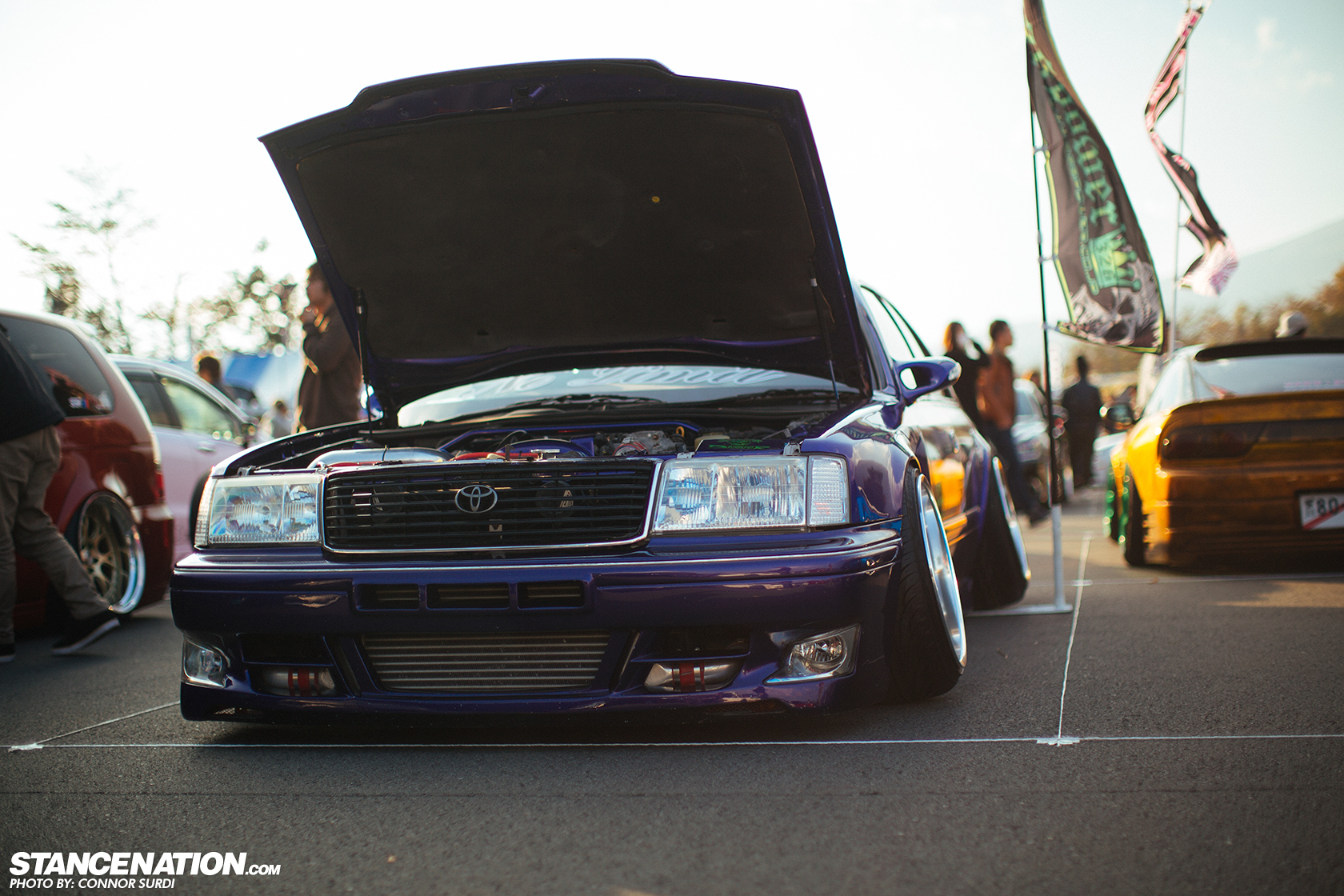