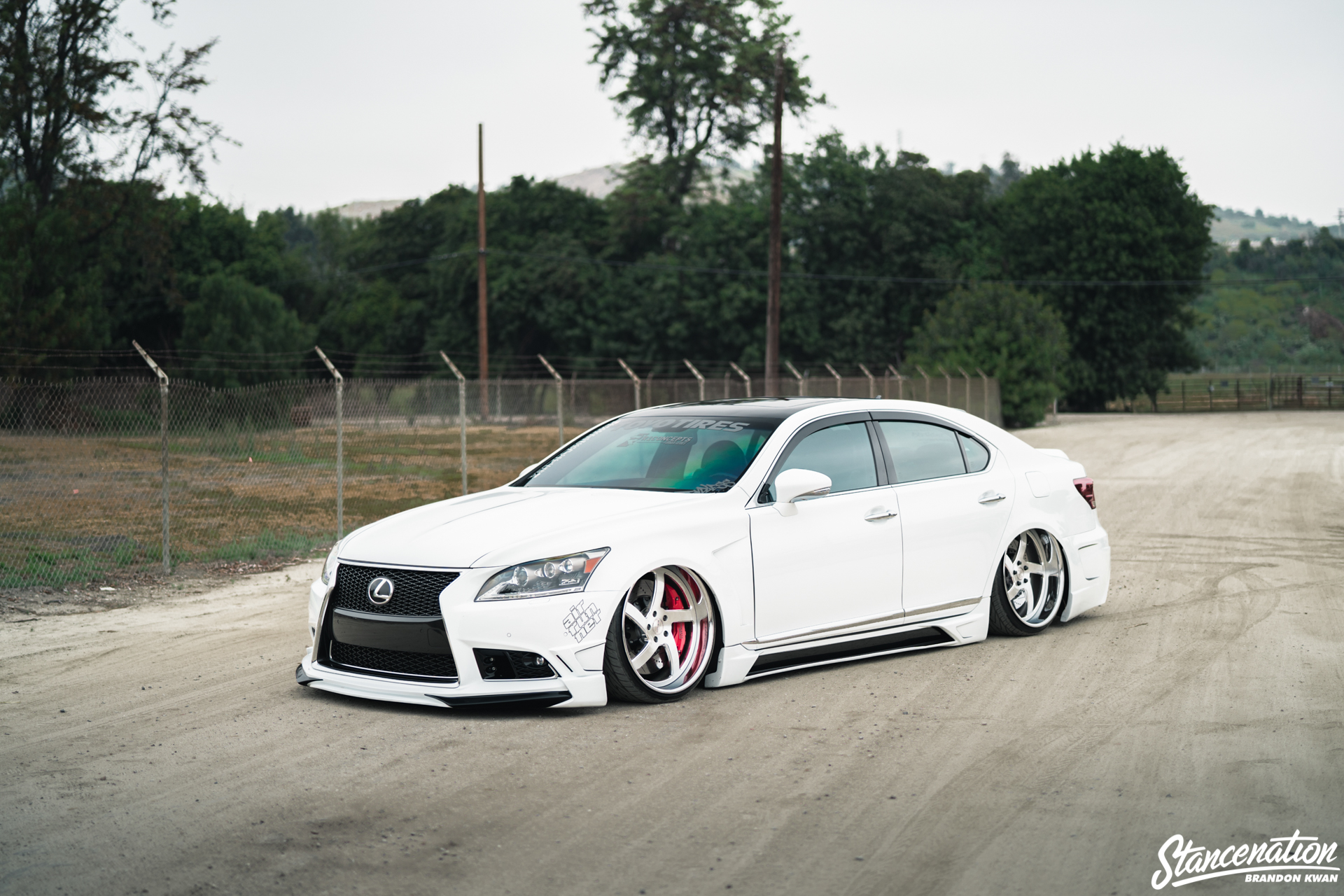 Back in late 90’s and even early 00’s, you could pretty much group all of VIP into one category. Today, with there being so many different styles and variations, simply referring to a car as “VIP” is almost doing the car injustice, and we mean that with the utmost respect. You’ve got your traditional “VIP” (meaning a big Japanese sedan), then you have “VIP Style” (basically “any car” enhanced with the styling of the real/traditional VIP car such as tables, fusas, luxury interiors, and of course proper stance), then as of late you’ve had a lot of VIP GT’s pop up (basically a sporty/aggressive version of traditional VIP). VIP GT, in most cases, comes down to using your traditional VIP sedan platform and modifying it in a sporty manner (sporty aero, big brakes, turbos/supercharger, vents everywhere, etc. It seems that most of the time VIP GT is completely over the top because there aren’t any sort “guidelines” to follow as there are with traditional “VIP”, but every now and then someone will come in and mix just the right ingredients. Today, that someone is Tony McQueen out of Chino Hills, California. 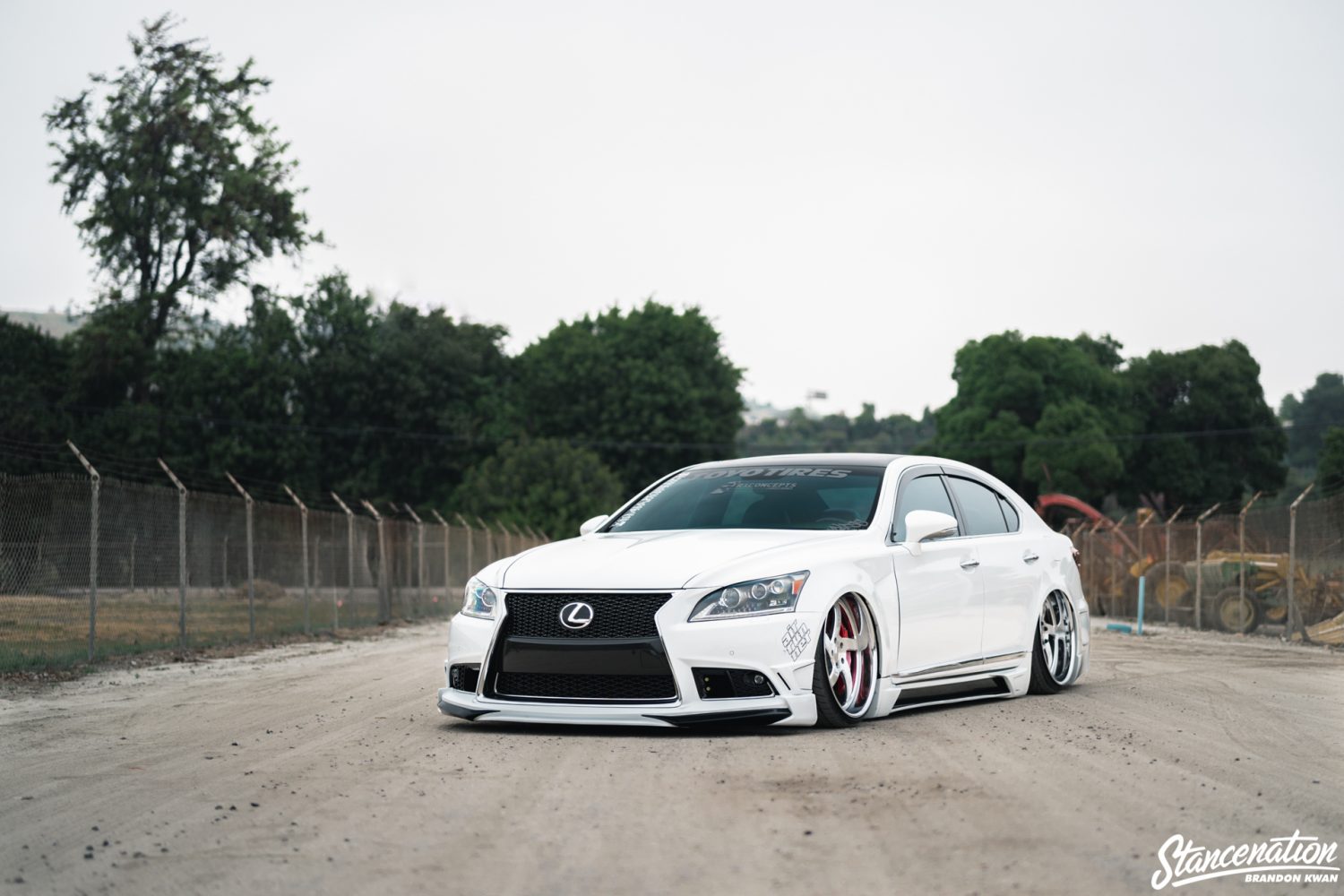 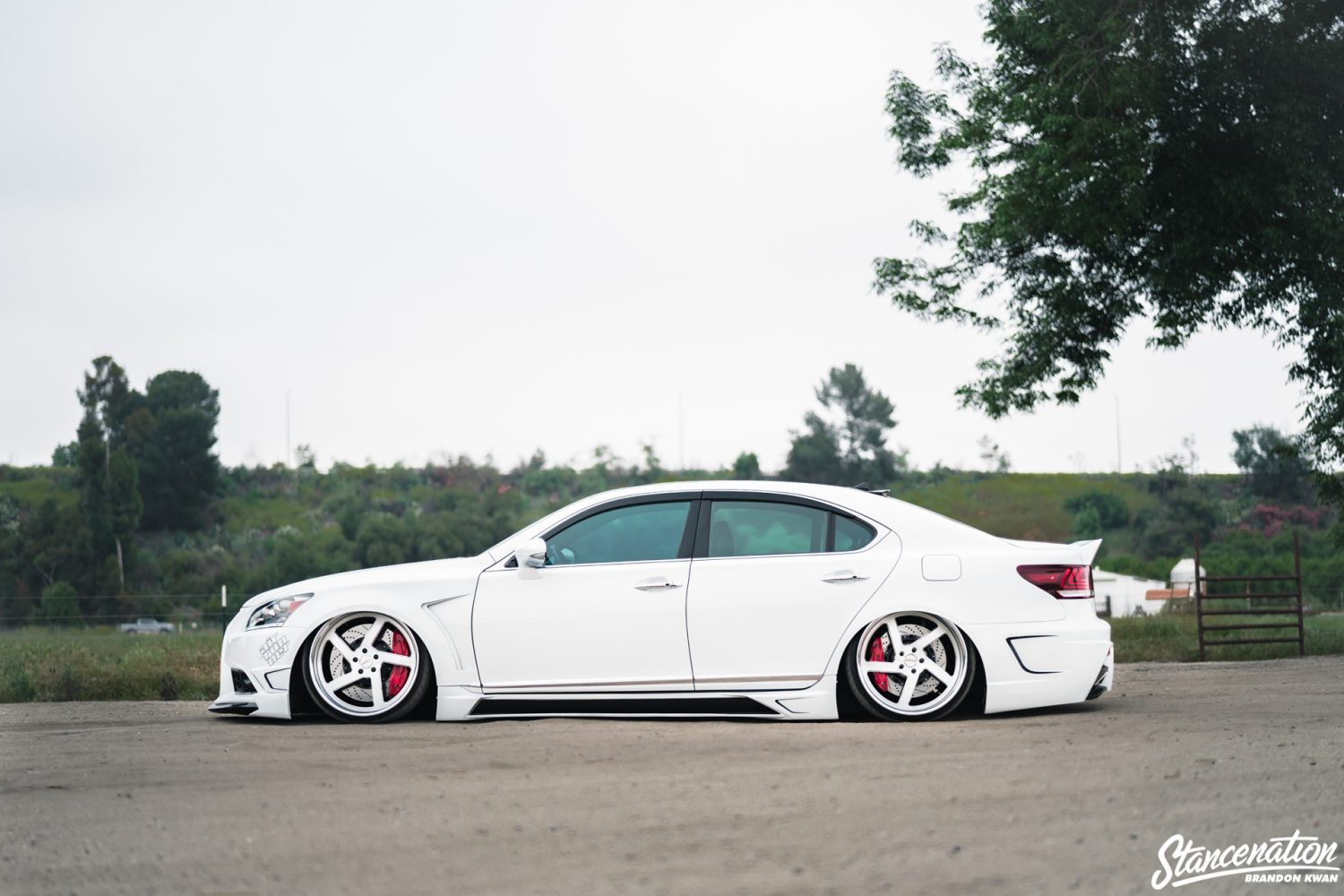 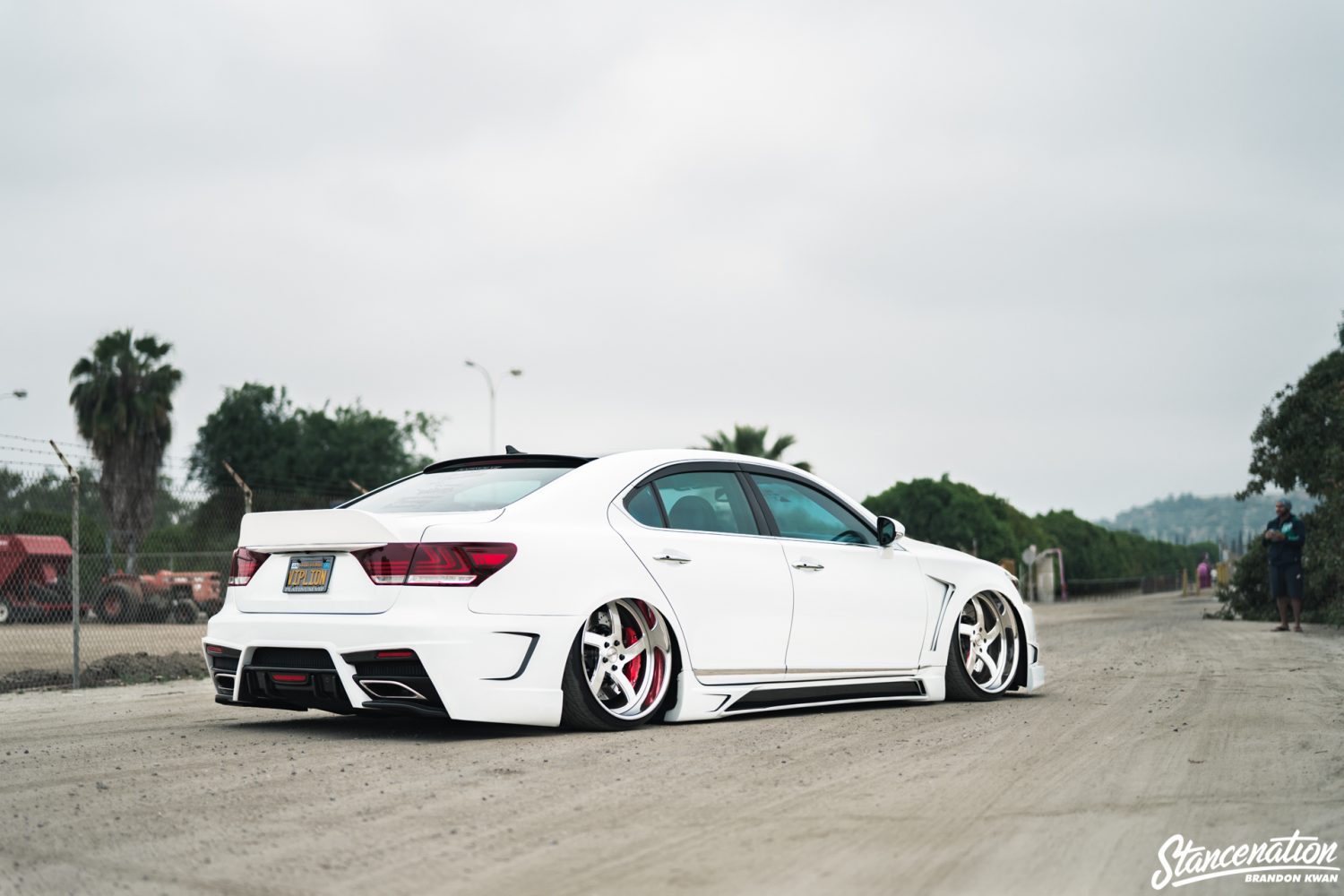 Tony has been a Lexus guy for close to 2 decades now. Ever since Lexus first introduced the spindle grill design into their cars, Tony had his eyes on the LS460 F Sport. Like many of us, in the early stages of his car modifying addiction, Tony wanted to stick with the typical “wheels and drop”, but as the time went by the simple & clean daily driver eventually turned into what has now become a full blown award-winning show car. Eventually being the keyword there, as this is not one of those quick social media builds. 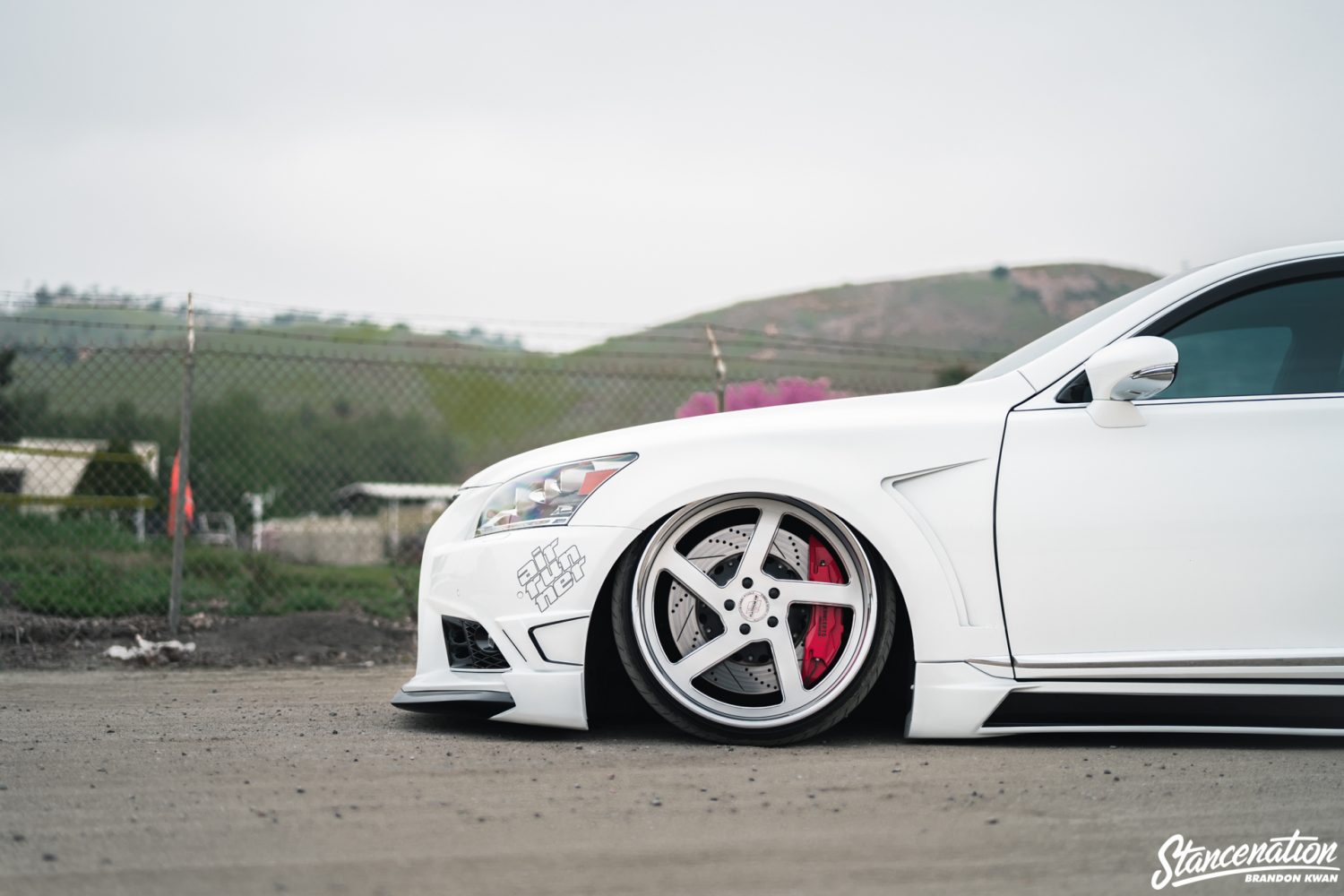 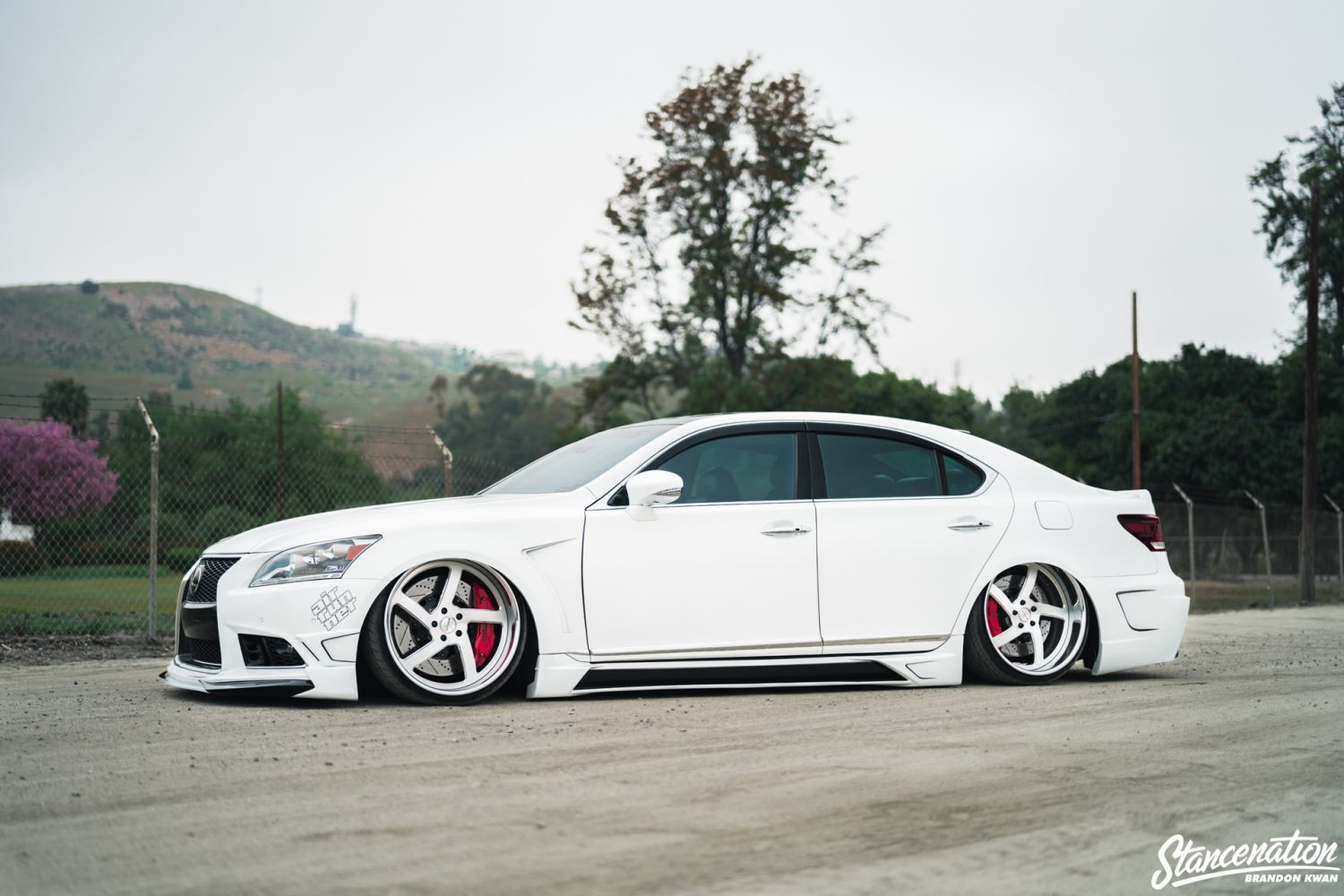 Black Pearl is well-known for creating some of the most sporty/aggressive kits on the market and that’s exactly why they popped up on Tony’s radar as he’s always been “into the sportier look”. One of the first major changes the car received was a complete Black Pearl kit. For those who aren’t familiar with the name Black Pearl, they’re a Japanese aero maker who build some of the craziest and/or coolest kits, depending who you ask! Some of their stuff would be considered “over the top” for the US market yet in Japan they’re considered extremely cool. His goal was to create a sporty looking sedan (without going too far and creating a transformer machine) on the outside while enjoying all the luxuries that Lexus has to offer (and more!) inside the cabin. 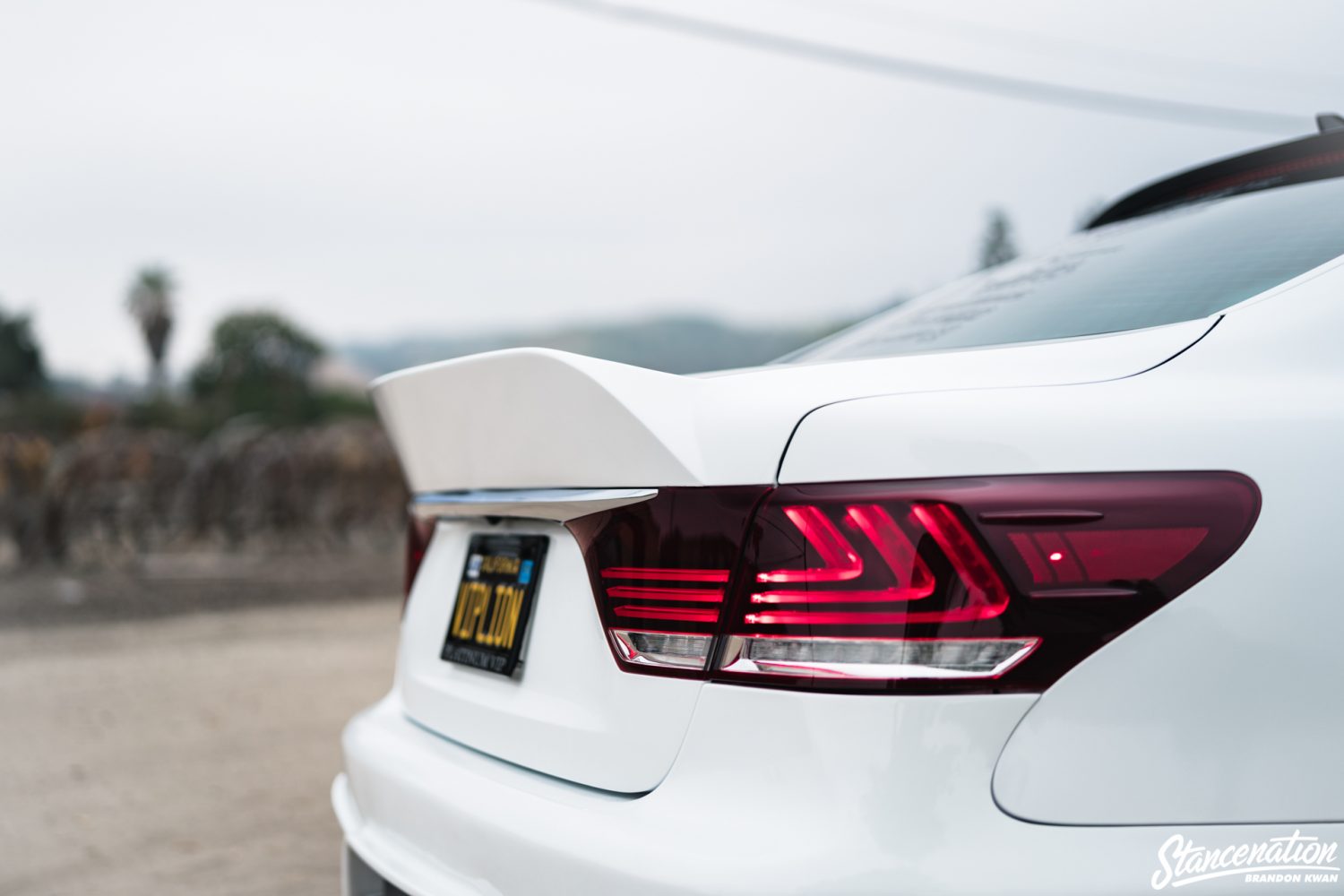 There are a lot of completely different aspects to this particular LS460 such as the metal one-off duck-bill and custom front fenders (built by Sadistic Ironwerks). Up front the guys at Platinum VIP took care of molding the front lip to the factory bumper amongst many other things. As a matter of fact, both Sadistic Ironworks & Platinum VIP play a major rule and this build and Tony feels that it couldn’t have been possible without their help. 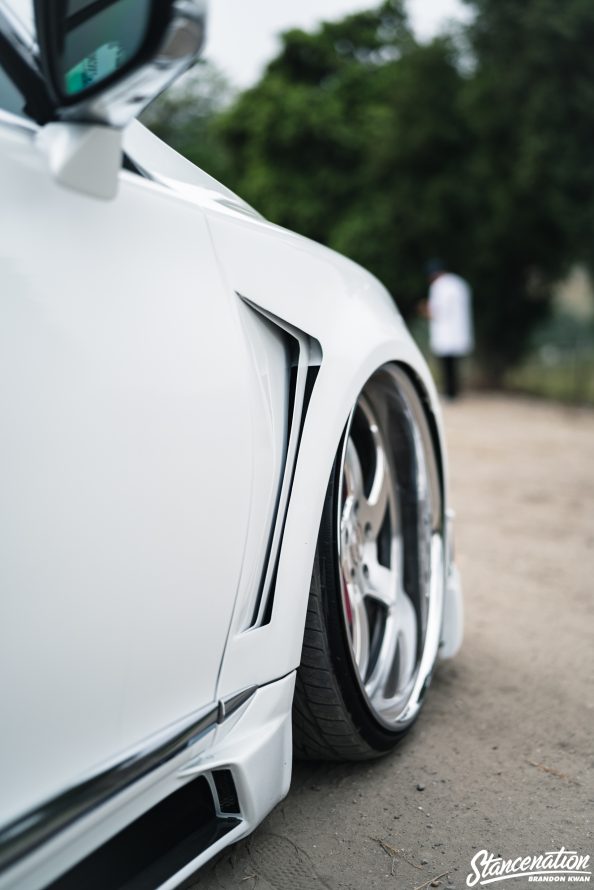 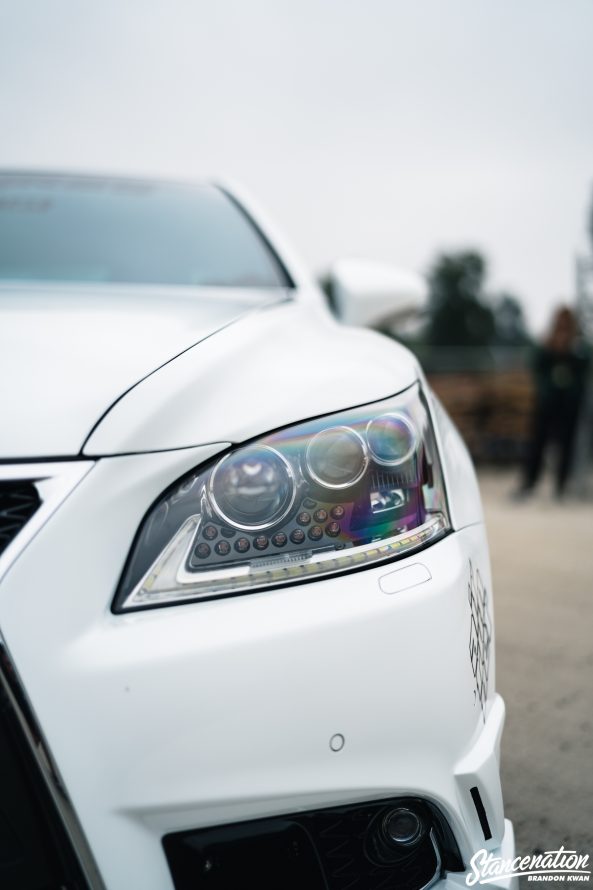 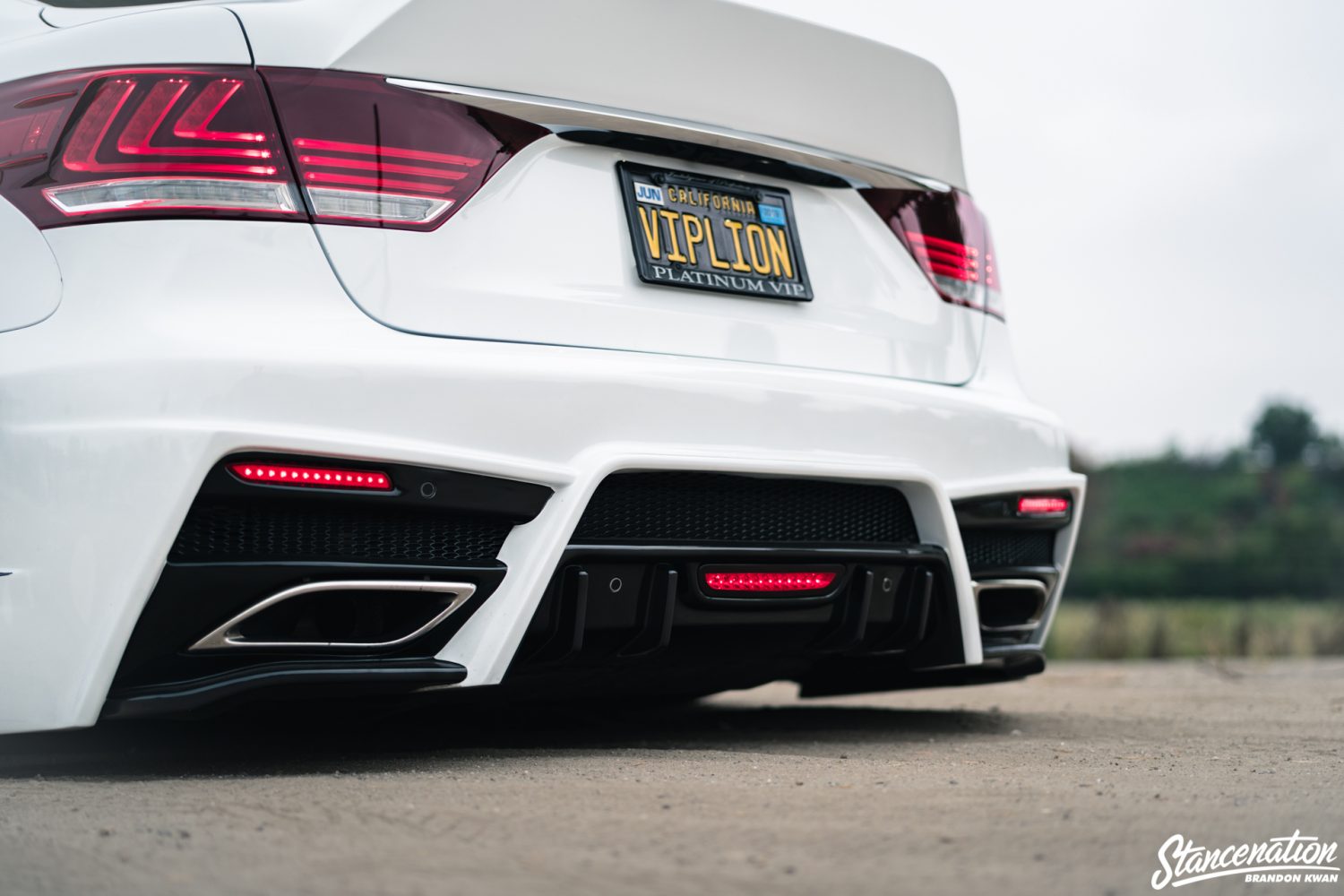 When it came time to take care of cars “shoes” and the way the car sits, Tony turned to companies like Airrunner, Platinum VIP and R1 Concepts. Tony’s car is able to sit low to the ground with the help of Airrunner / Accuair suspensions components, while his wheel choice was one that isn’t too common in the current VIP world; Platinum VIP Phantom Series. Platinum VIP is mostly known for the epic body works and show cars they’ve created over the years but what some people don’t realize is that they’ve also got their own cup kits & a custom wheel brand. Tony being a fan of direction wheels, it was a no brainer to go with the Series 8. However no wheel setup is complete without a proper set of big brakes and for that the guys at R1 concepts stepped in. The massive 8 / 6 piston calipers sit just mm’s away from those Platinum VIP shoes and they look just right on Tony’s LS460, if we might add! 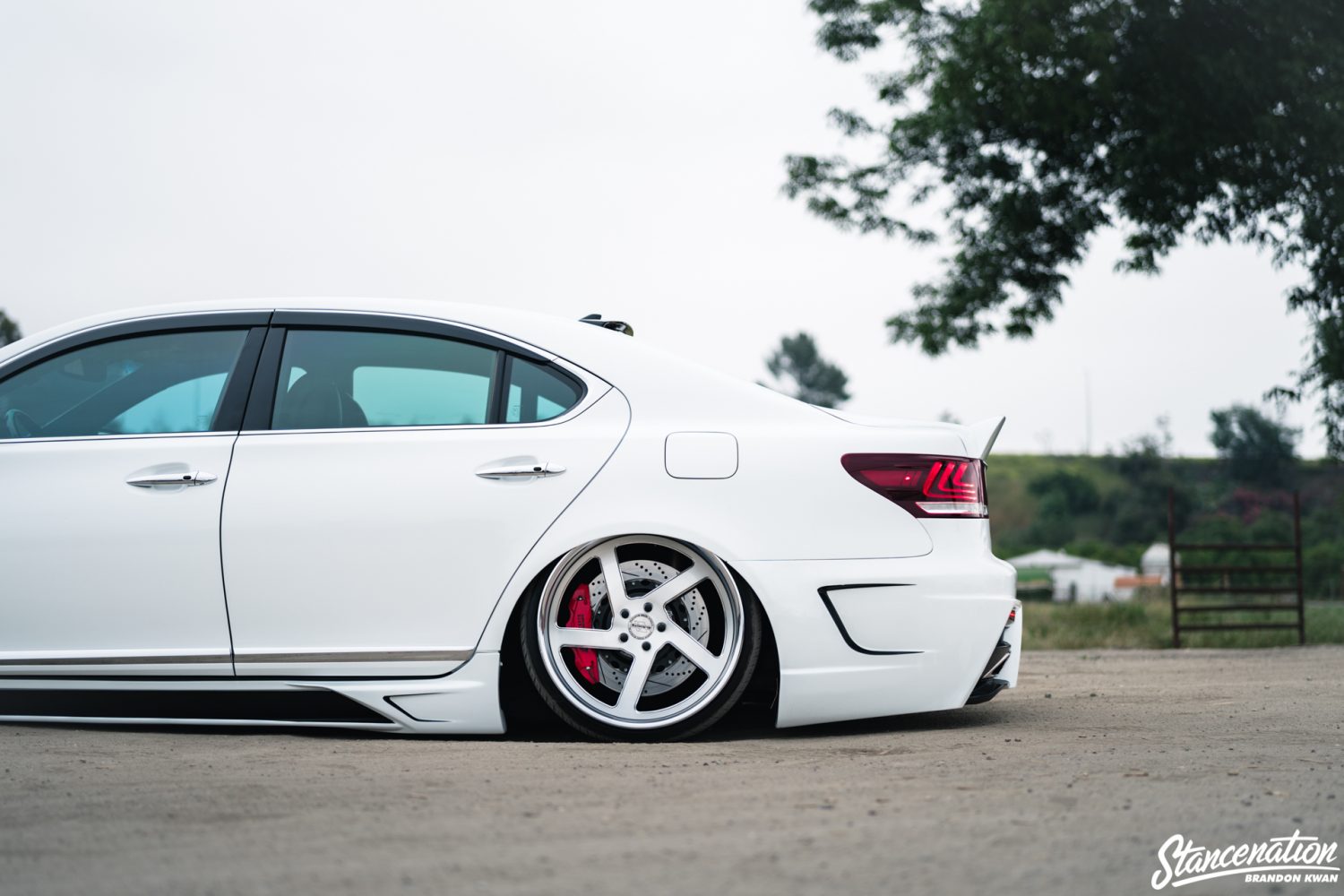 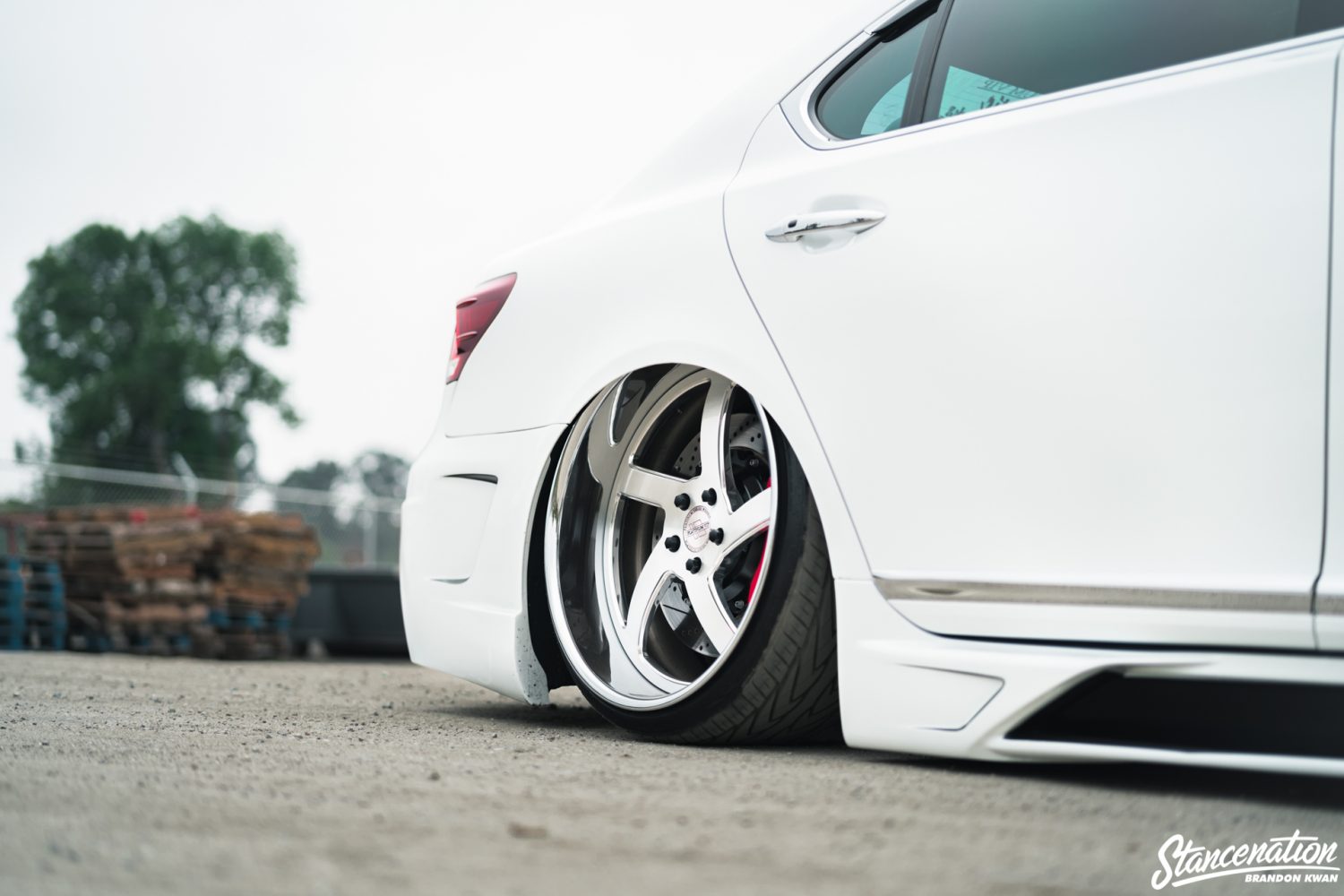 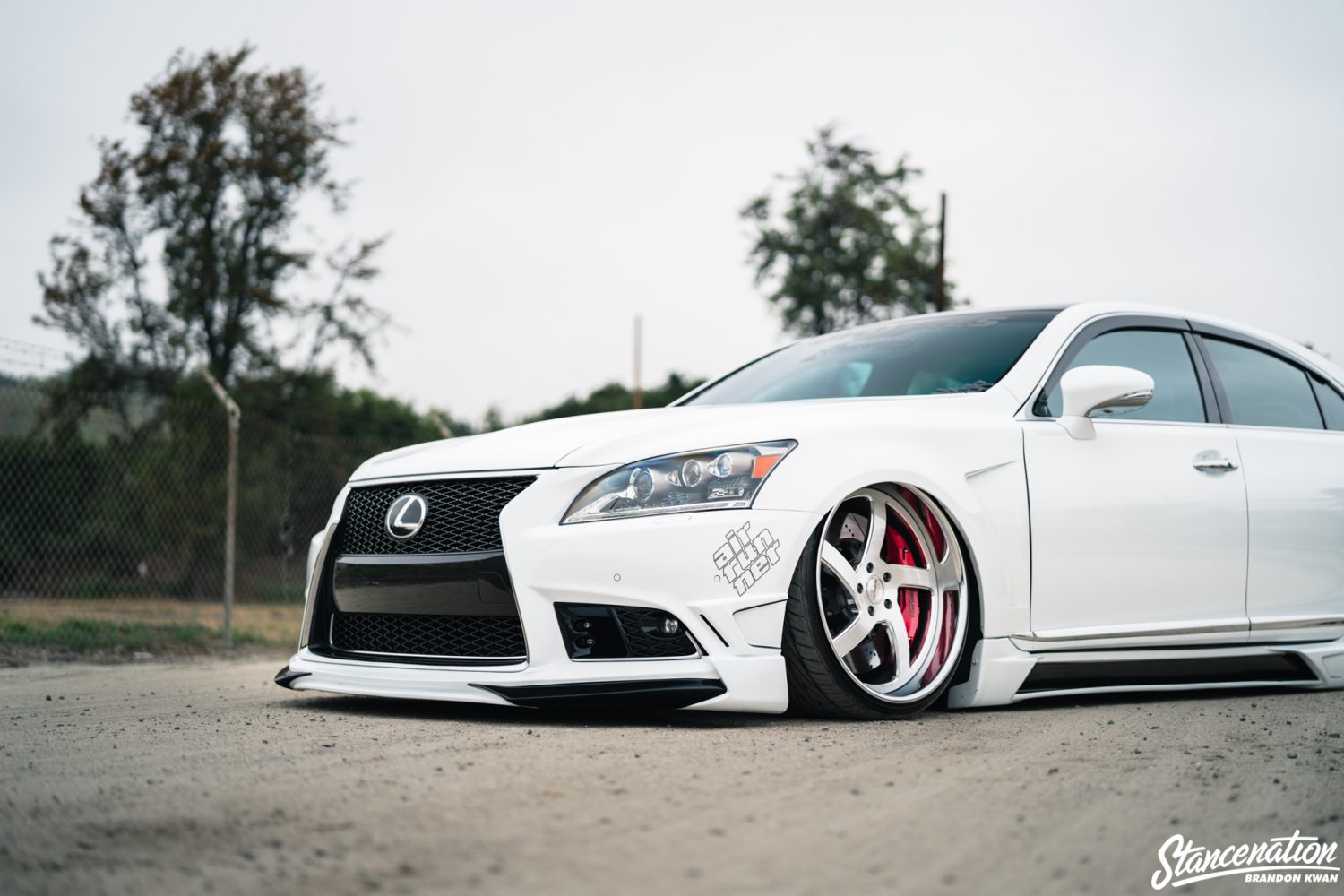 Interior is greatly inspired by the new LS500 with a ton of incredible stitch work done by none other than DJ Designs out of NorCal. One of Tony’s favorite thing about the interior though is that E-Level controller that Bobby from Sadistic Ironwerks created. It’s a completely one-off dry carbon piece where the controller is integrated into the Lexus hand rest. Looks stunning if you ask us, though we personally think the incredible work that Sadistic Ironwerks did in the trunk is one of our favorite things about this car. Clean, classy but far from simple! 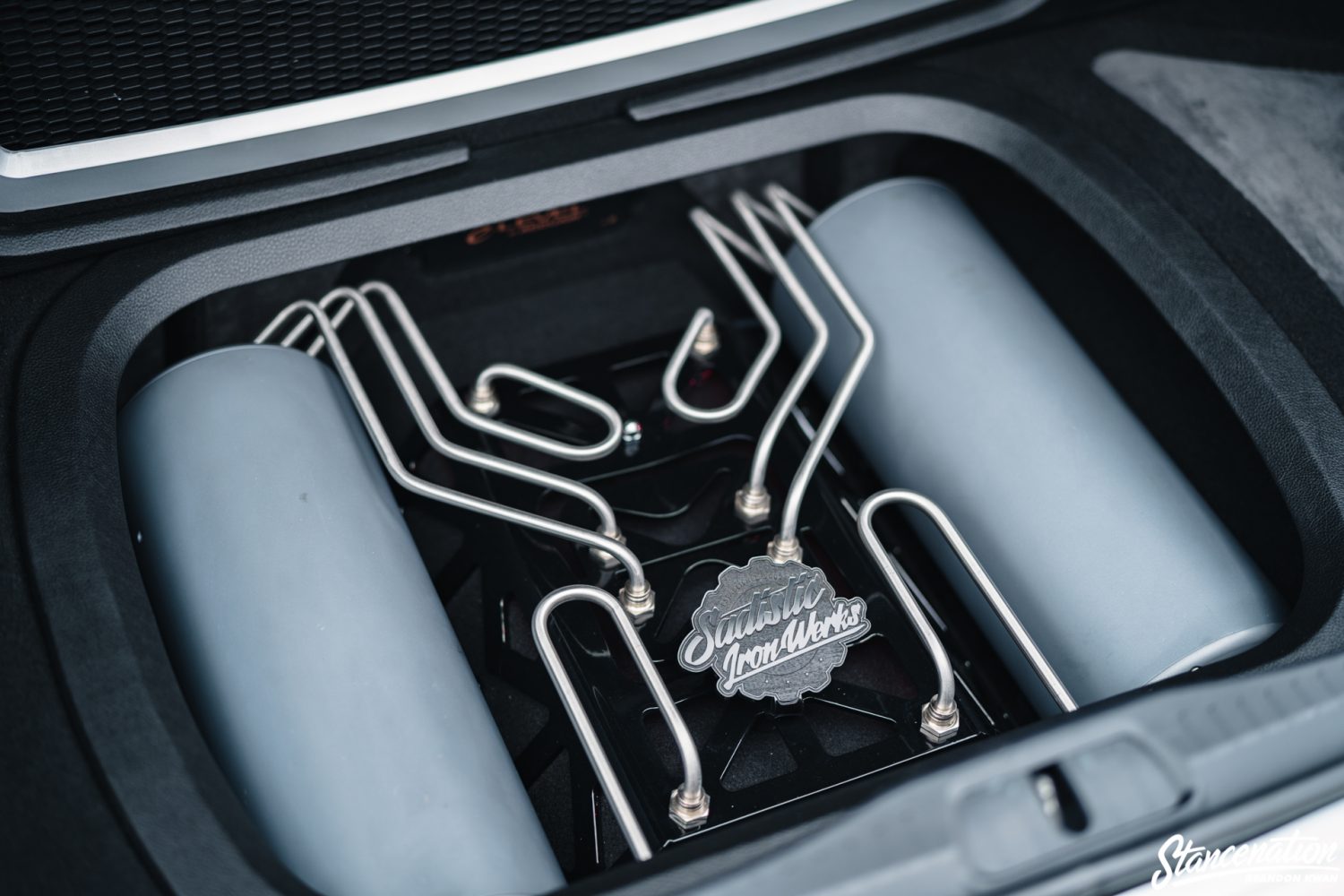 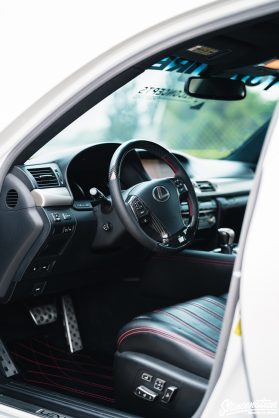 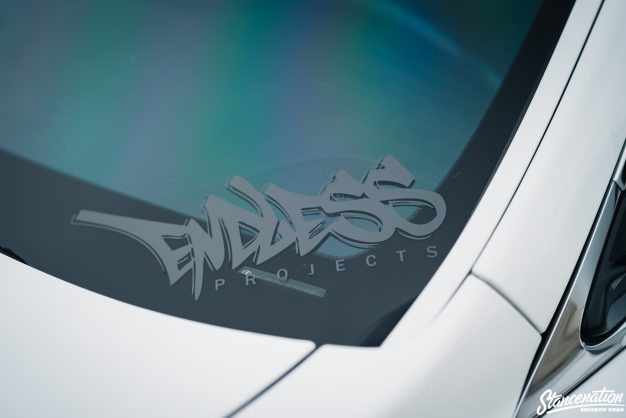 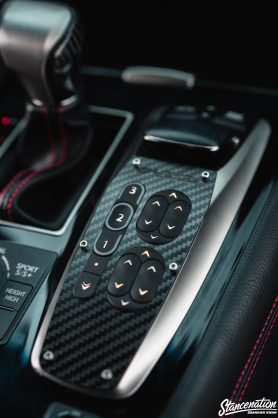 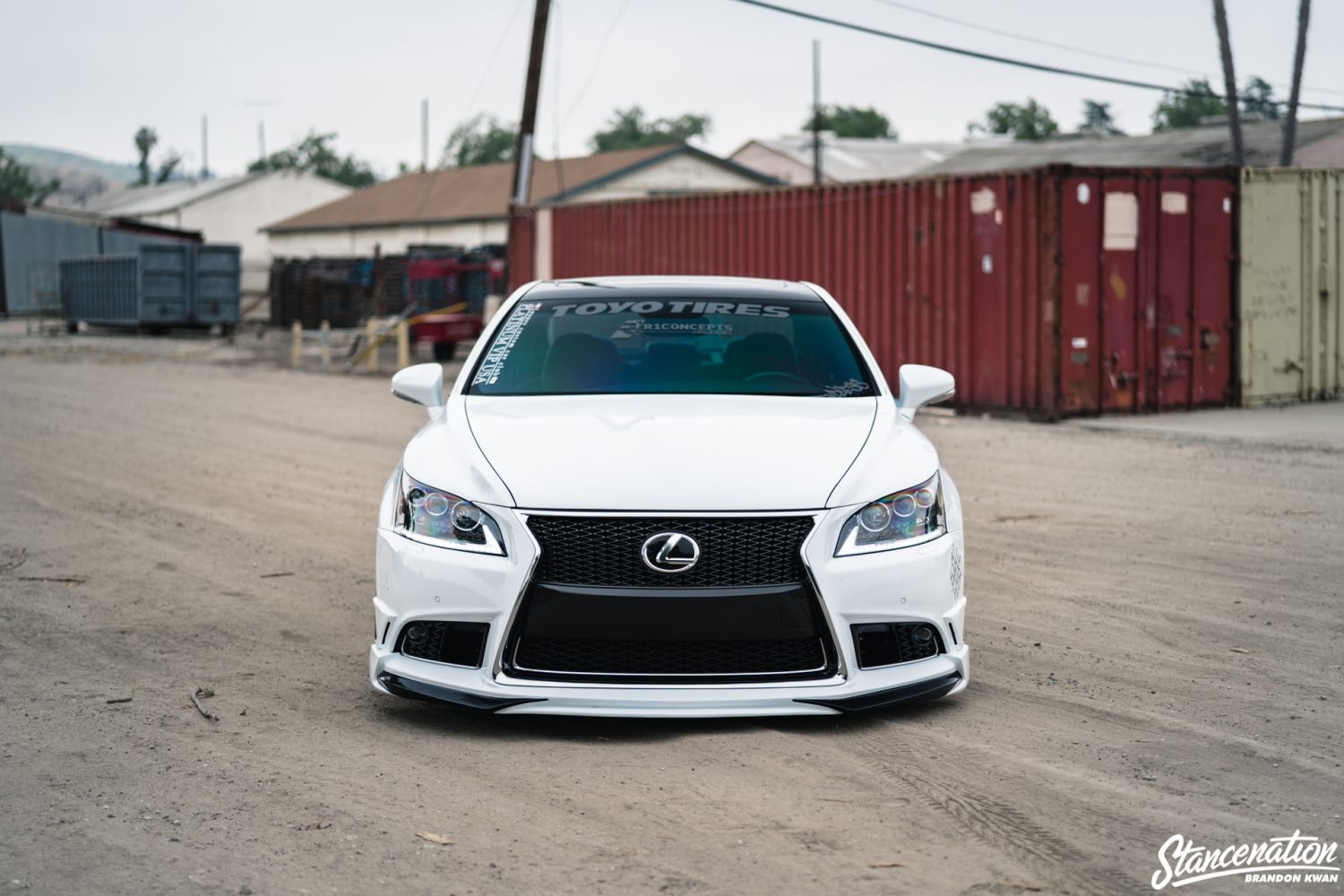 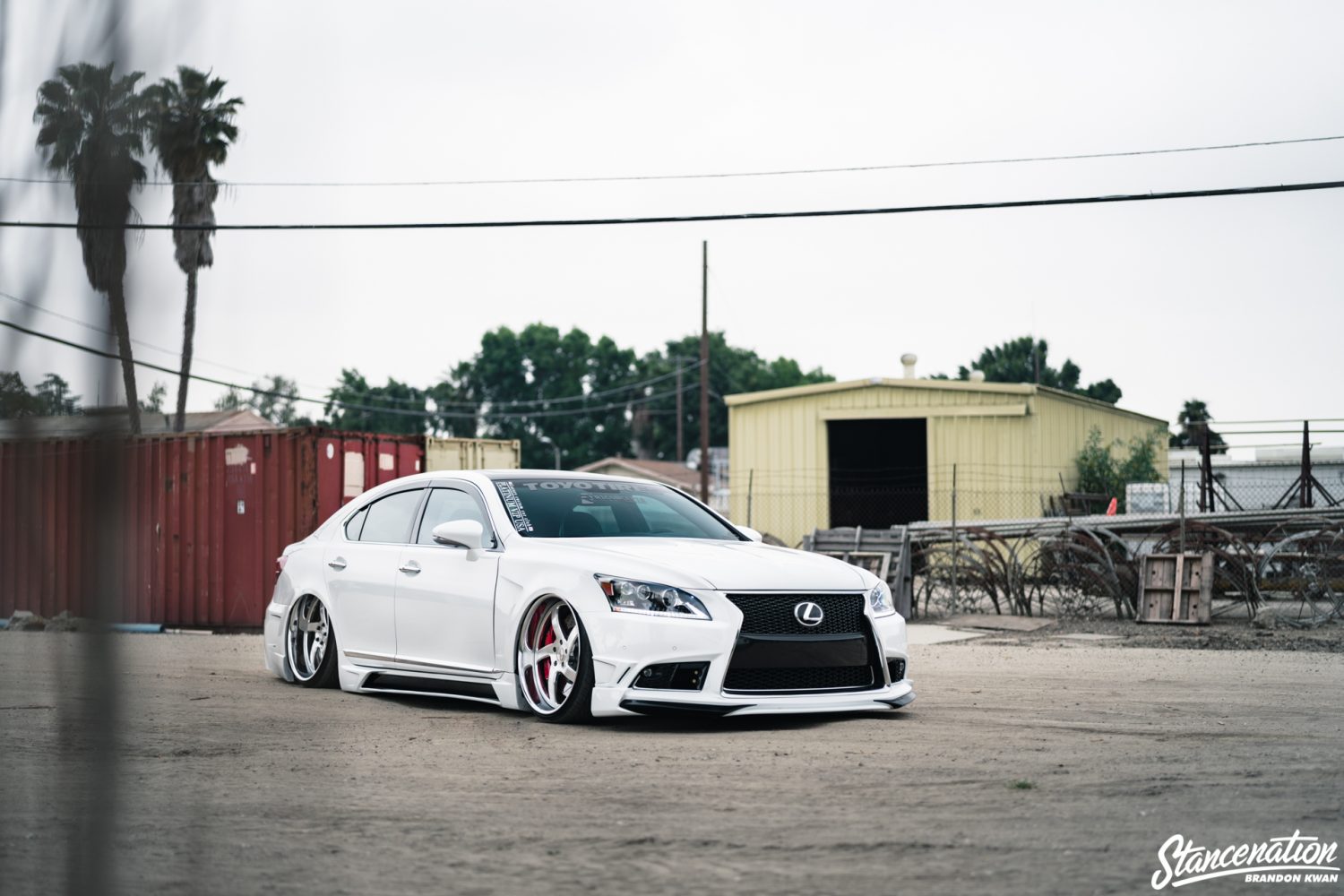 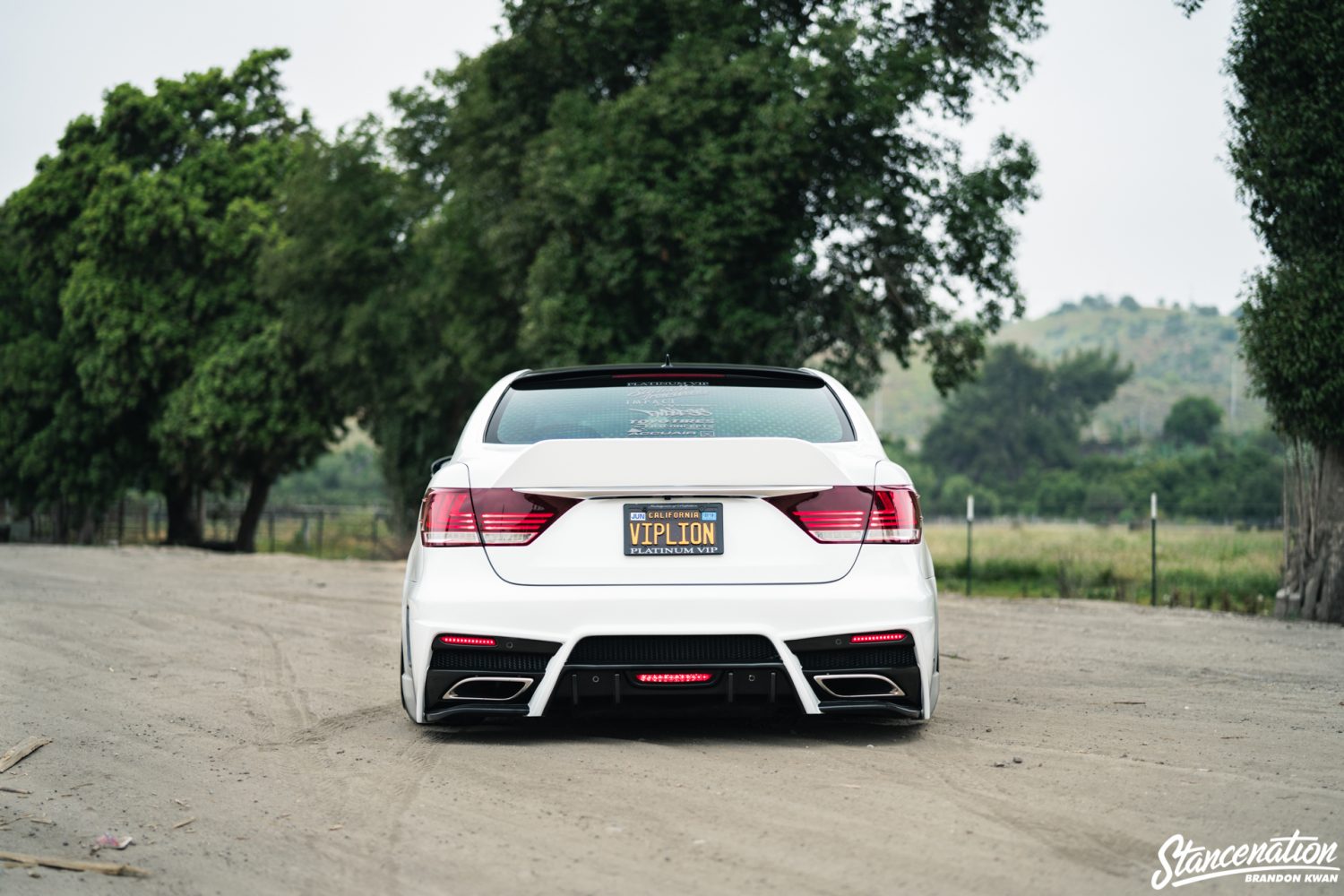 We’ll leave you with a few roller shots as well as some people who Tony wanted to shout out. Guys like “Kennedy at Platinum VIP who’s become one of my best friends, Bobby at Sadistic Ironwerks, and Carlin at Impact Performance for all transforming the car into its final state. Also want to thank my buddies in Endless Projects for their support and guidance and last but not least my wife Xandra for putting up with my nutty hobby.” There you have it. We hope that you can find inspiration in Tony’s build and hopefully apply it onto yours. Big shout out to Tony and we look forward to seeing what else he has up his sleeve (even though he says he is “done” with it!).. 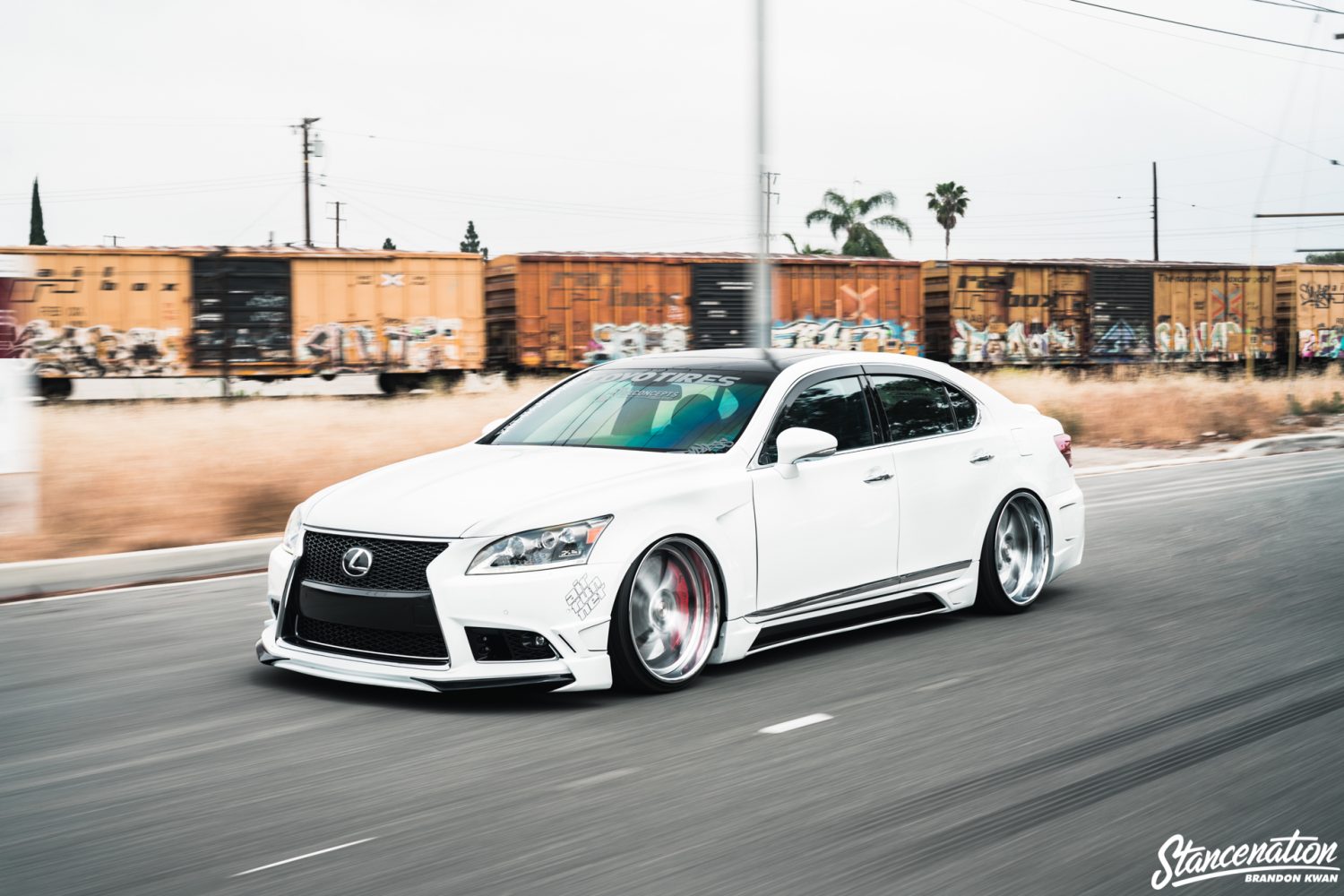 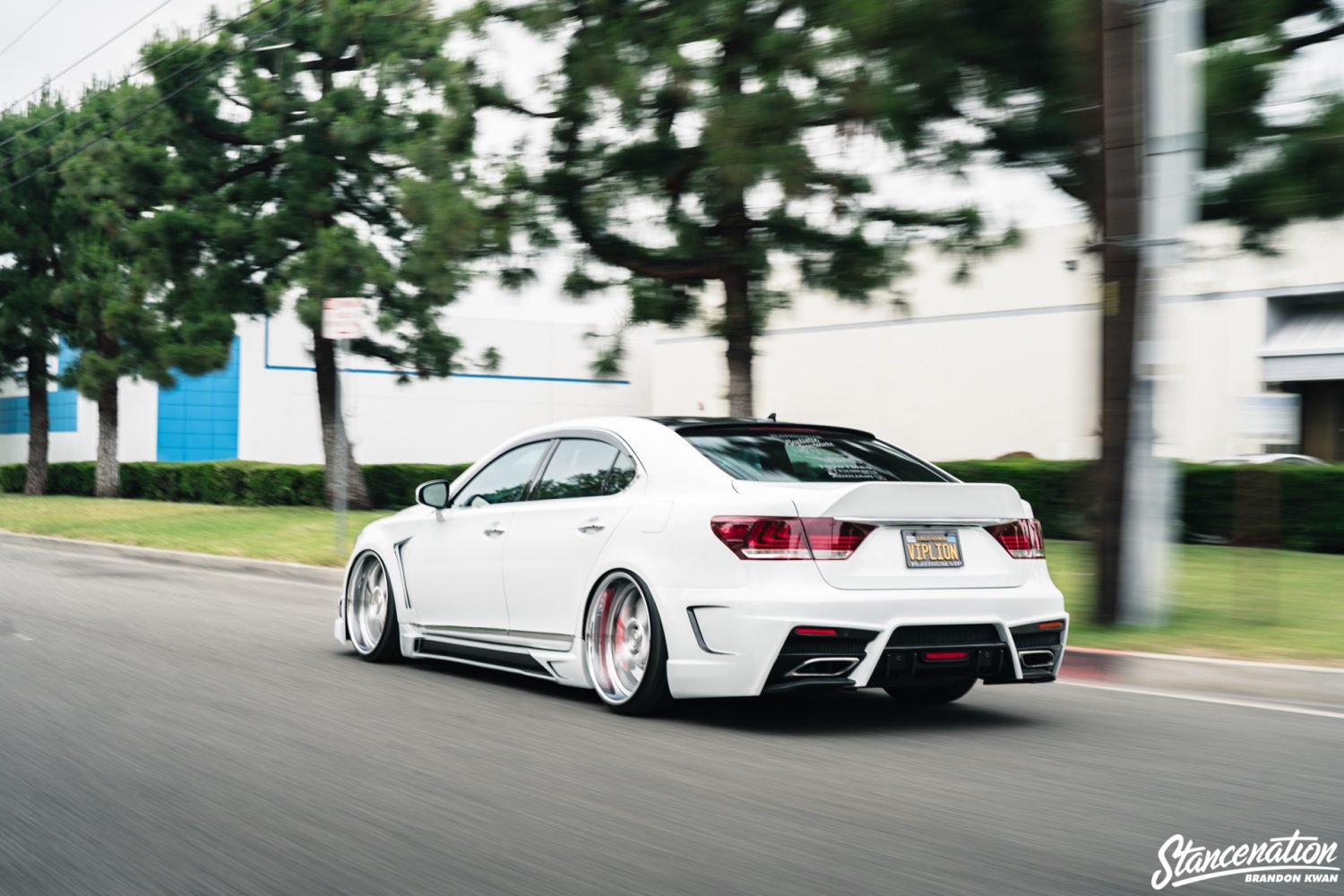 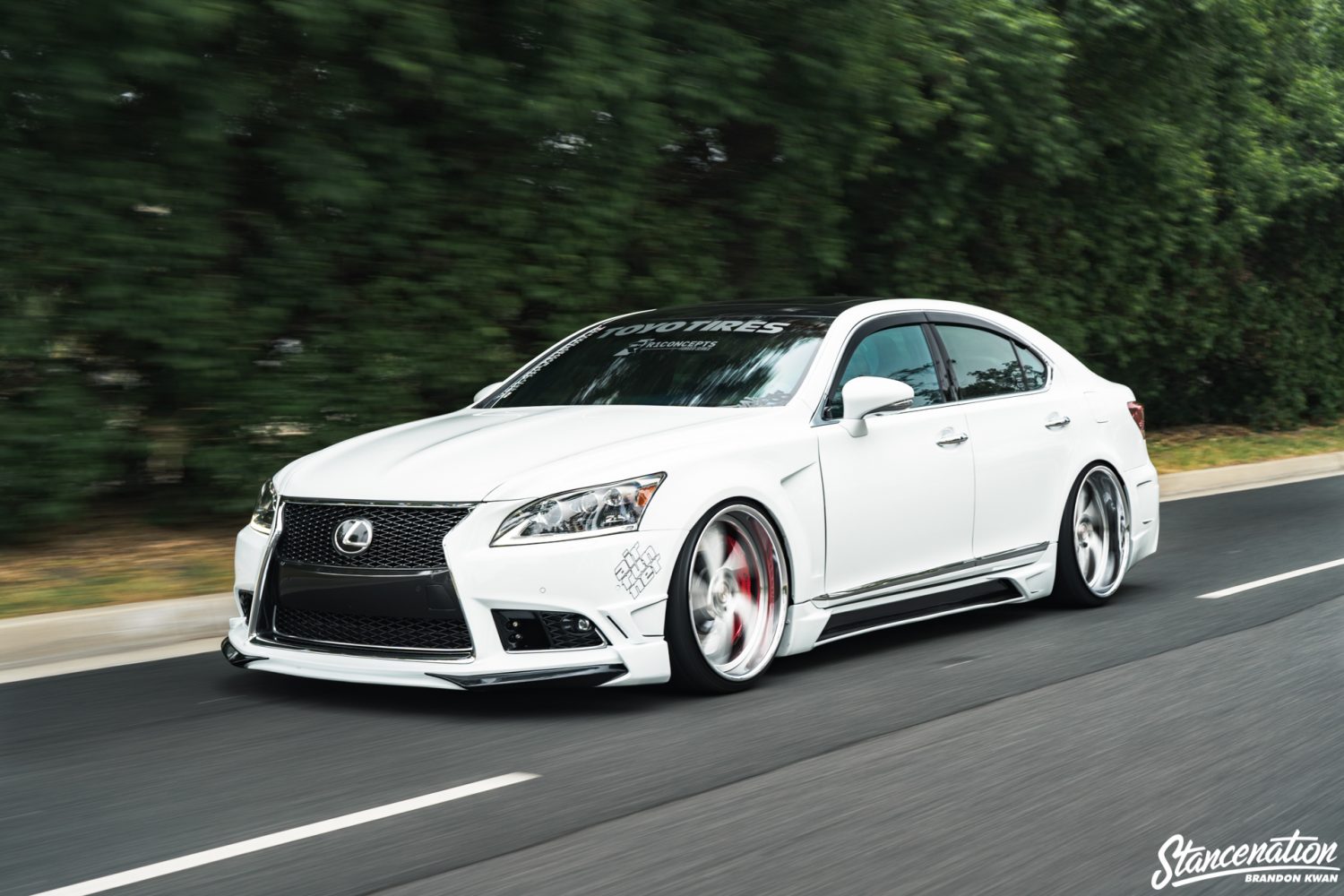