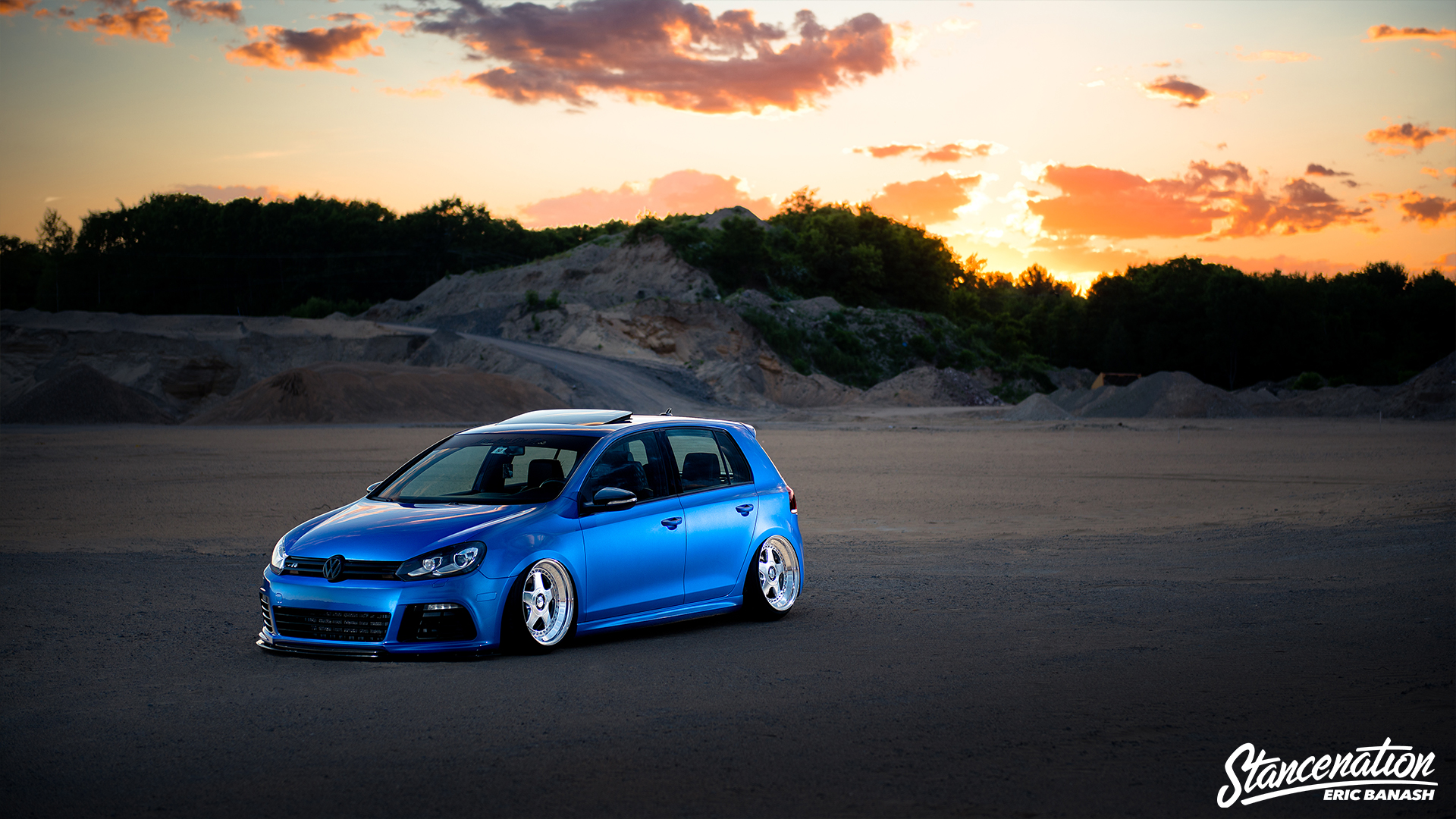 When the first iteration of the Volkswagen .:R32 made its way to our side of the pond in 2004 it was a breath of fresh air for performance-based, water-cooled VW enthusiasts. The Haldex all-wheel-drive system coupled to the legendary 3.2 liter VR6 power plant was a match made in heaven when it came to tuning capabilities. Plus it looked really damn cool. Since then Volkswagen has released its special edition hot-hatch every four years, aside from the Mk7 which hit stateside dealer lots last year. Over time various changes have been made to this iconic nameplate. From the DSG transmission being the only available gearbox in 2008’s model to the now turbocharged four pot examples of the last two generations, Wolfsburg has always kept us guessing, but never seemed to disappoint. Much like Brian Jensen. 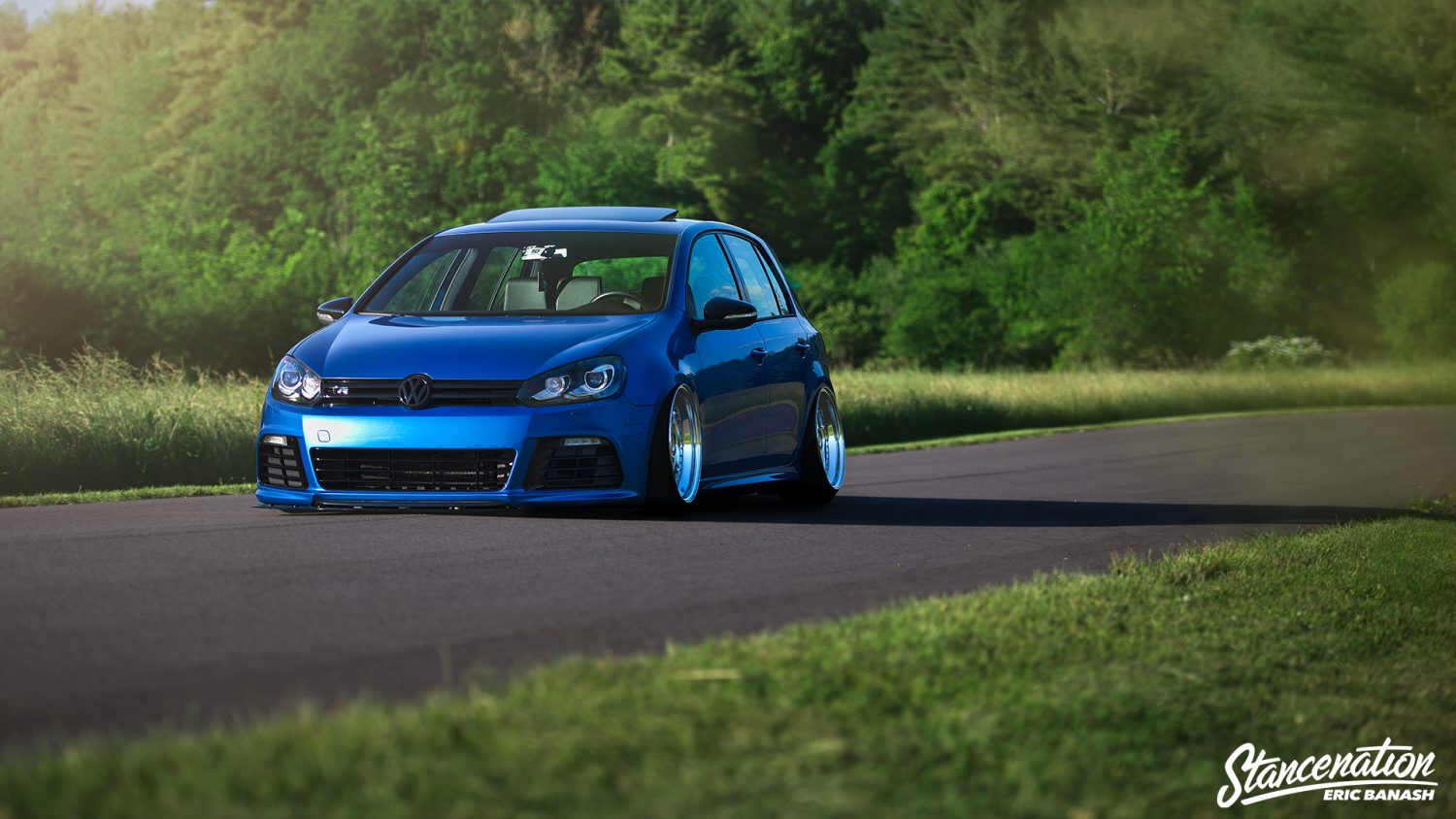 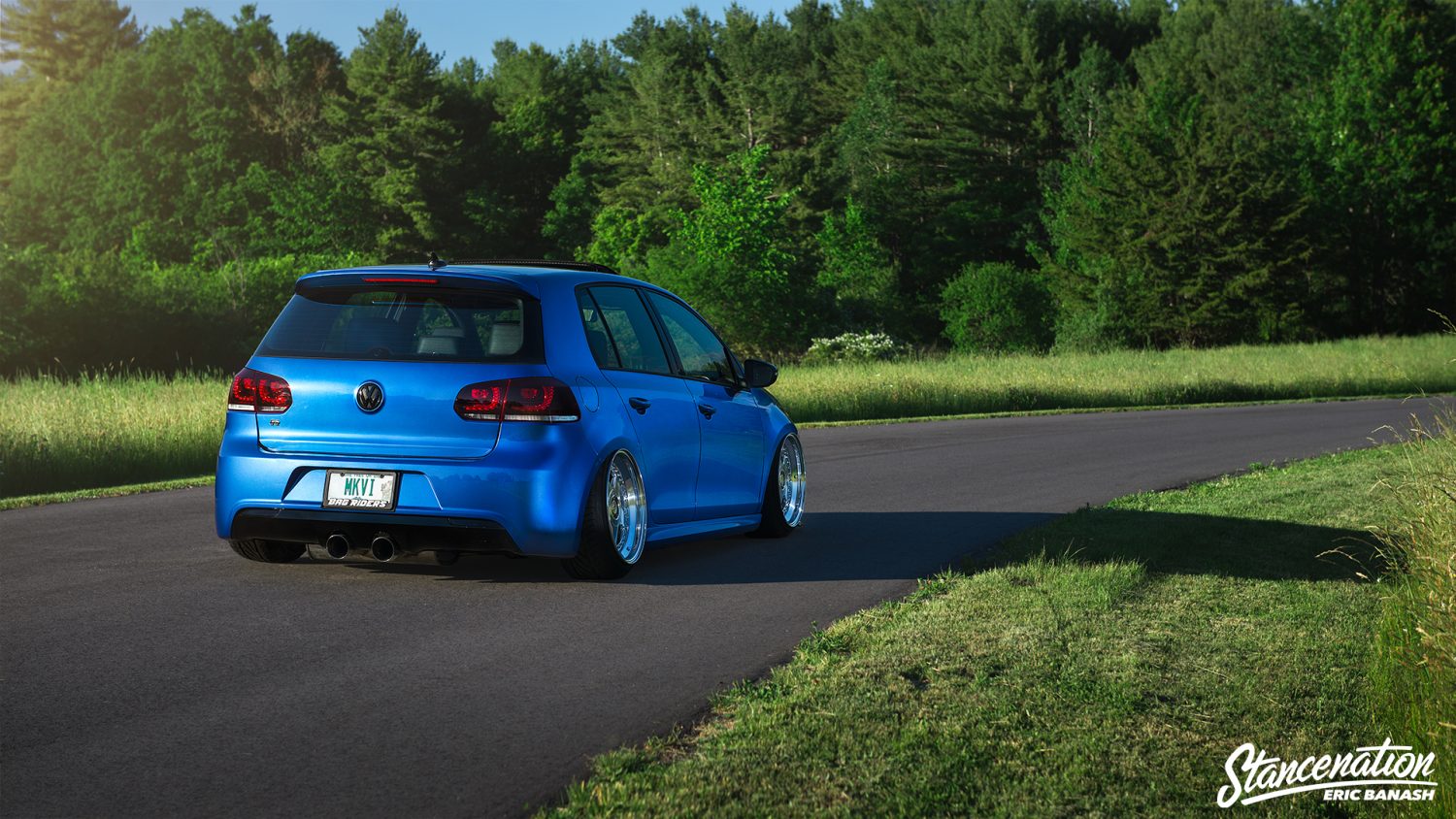 I found Brian’s Mk6 Golf .:R one night while surfing VWvortex and knew I wanted the build featured on the site. It was subtle, but a very thorough example of OEM+ styling that is commonplace in show-stopping Volkswagens. No crazy camber or distracting wide body add-ons that would ultimately take away from the natural body lines and flow of the car. A less is more mantra if you will. 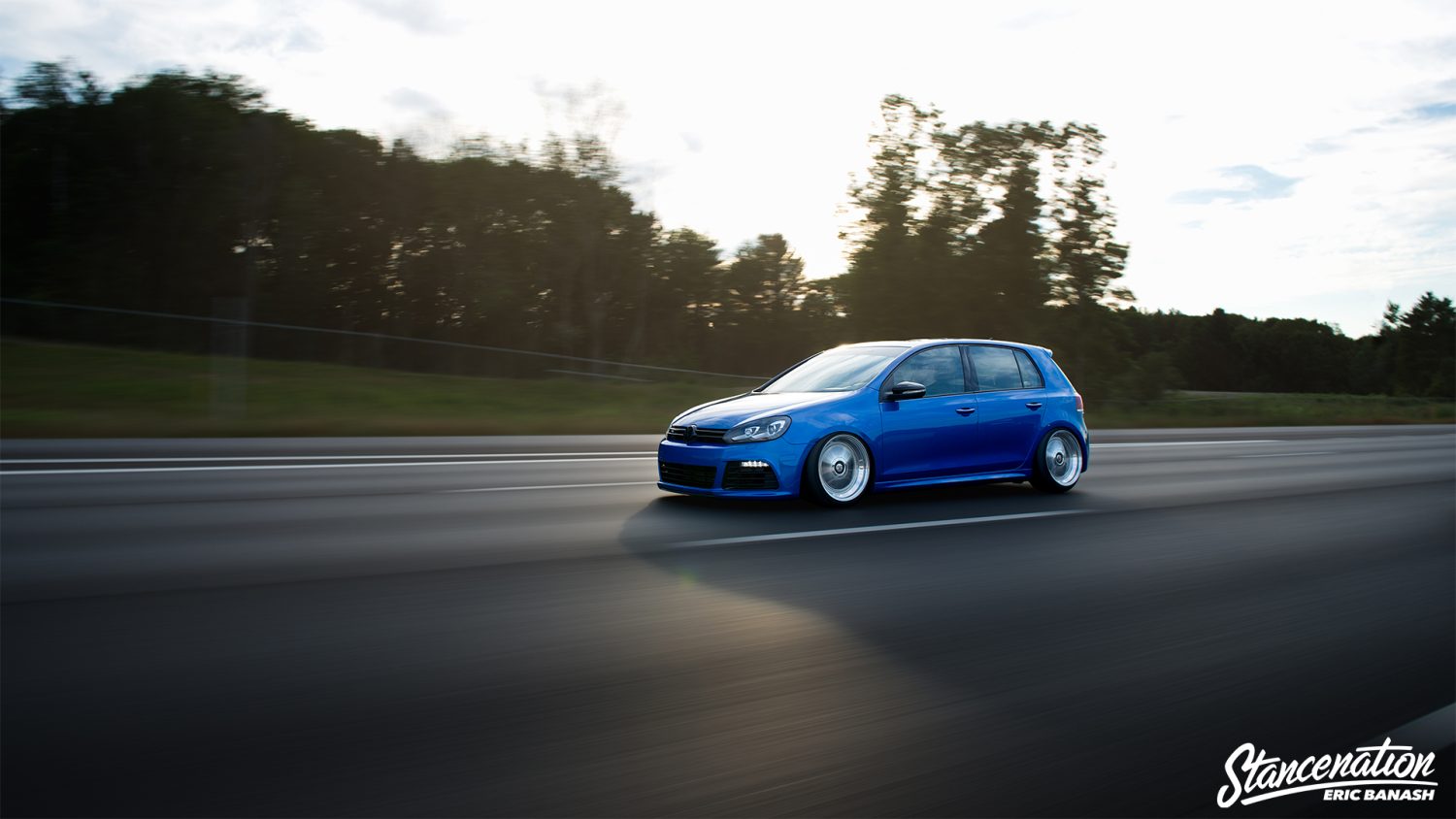 I contacted Mr. Jensen and the obligatory interview followed suit. The level of work that he has put into his Mk6 is nothing short of extraordinary. From the wheel fitment and OEM euro bits to the motor work, nothing was overlooked. Brian found himself admiring modified VW’s from a young age and when he was bit by the Volkswagen bug (no pun intended) he was hooked. 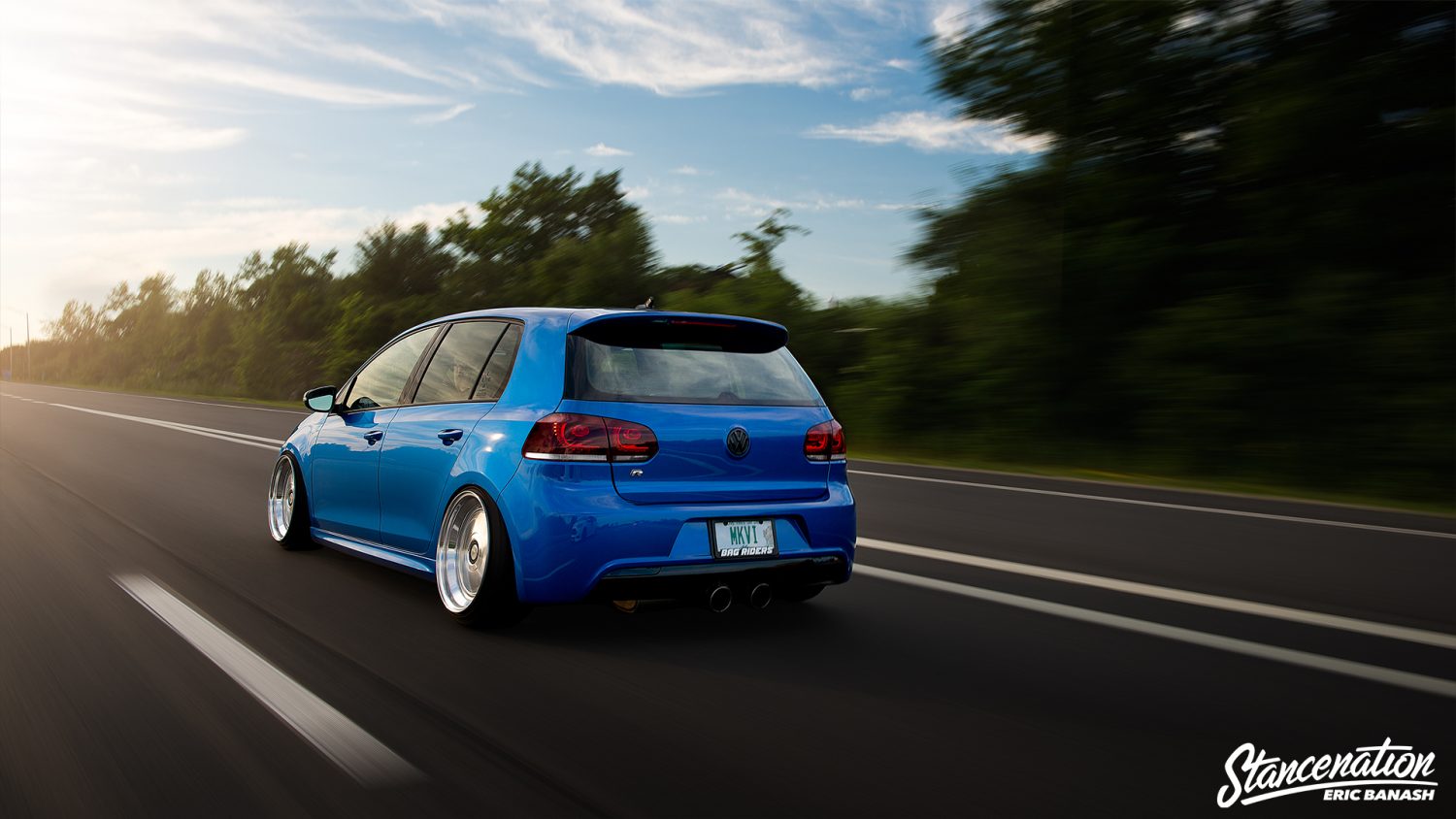 “I wanted a Mk4 from the time I was six years old and found a grille on the side of the road. I mounted it on my bedroom wall and knew I wanted to have one someday.” 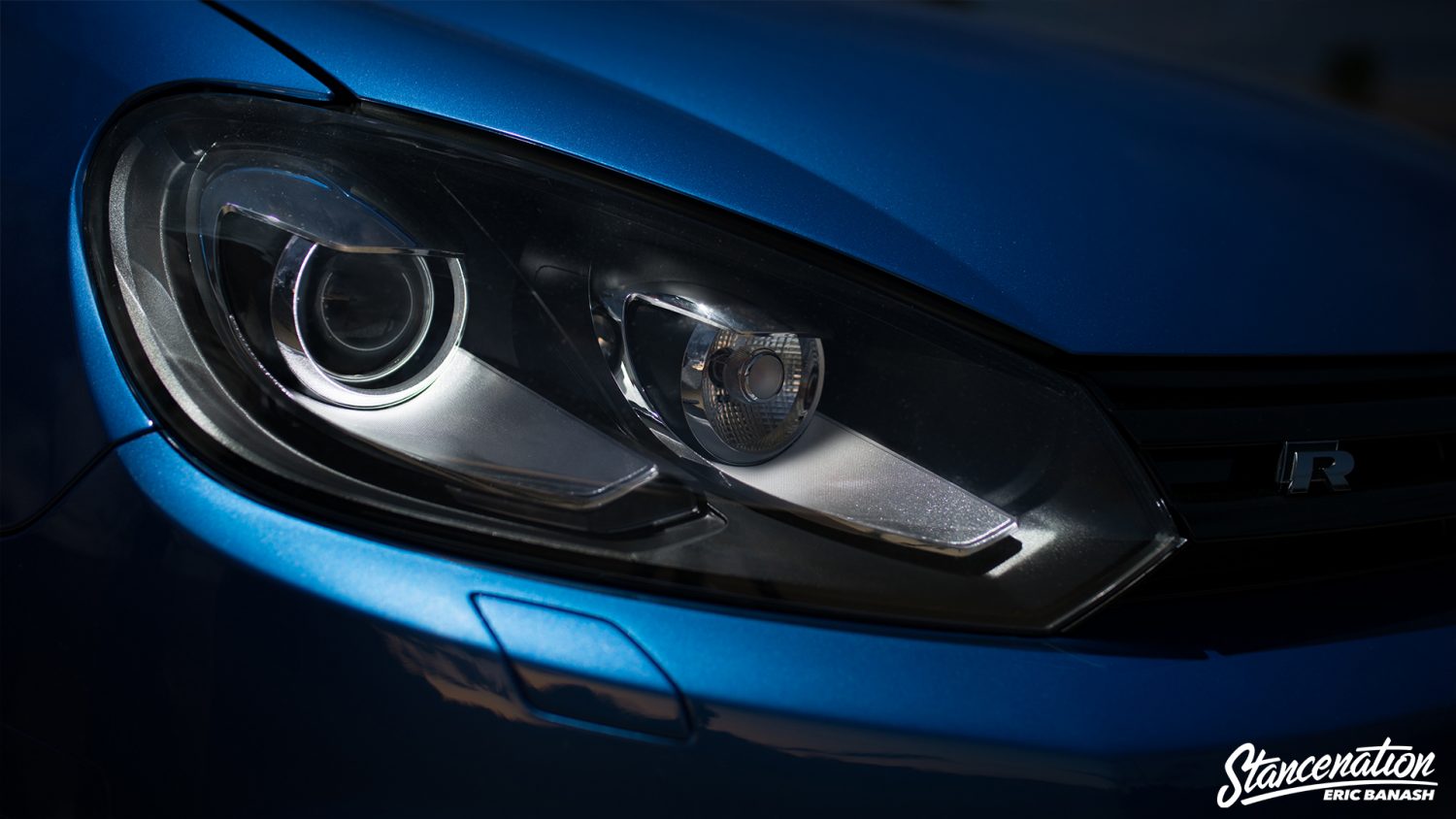 He picked up a Jetta with the intent of doing basic engine work, wheels and a drop along with a few other odds and ends. Unfortunately he lost control of the car one day and it was totaled. Moving onto bigger and better things he took a liking to the styling of the newer models and bought a GTI in 2013. Air suspension and BBS CH’s made the car pop, but yet another curveball was thrown Brian’s way when someone cut him off on a snowy road causing him to crash. 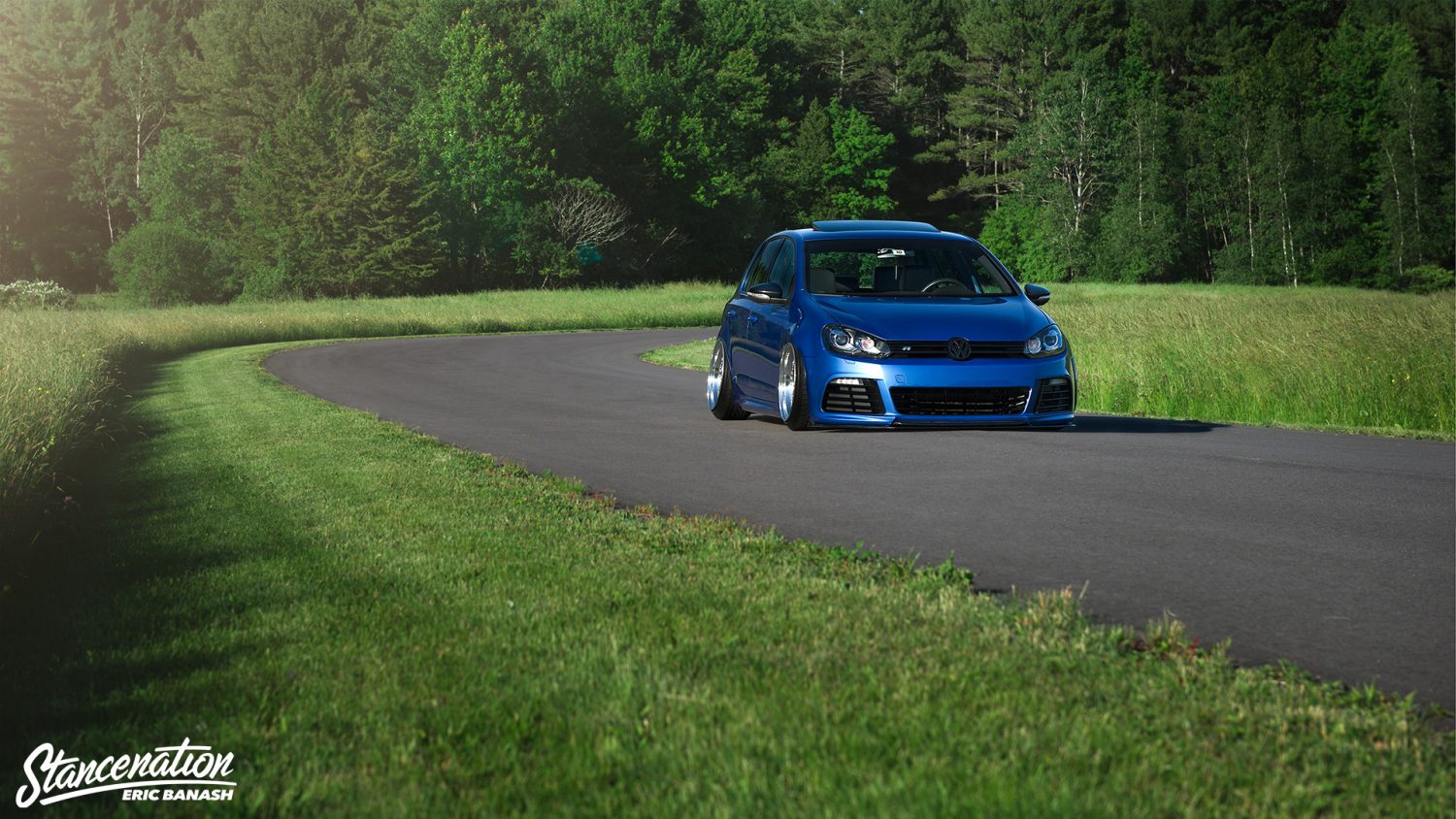 Not being one that was easily discouraged, he wanted to try the Mk6 platform one more time. Only this time he wanted power coming from all four wheels. After sourcing the perfect candidate to call his own he hopped on a plane with his fiancé and flew to the Lone Star state to purchase the car you see here. According to Brian it took them around four days to drive the car all the way back to New Hampshire. It wasn’t long before his new toy was under the knife and the trunk setup was being fabricated along with installing the suspension. He contacted Bagriders and his mind was set on Airlift’s Performance Struts in both the front and rear with eLevel managing the components. This allowed the chassis to lay frame, but be driven hard as .:R’s are meant to be pushed. 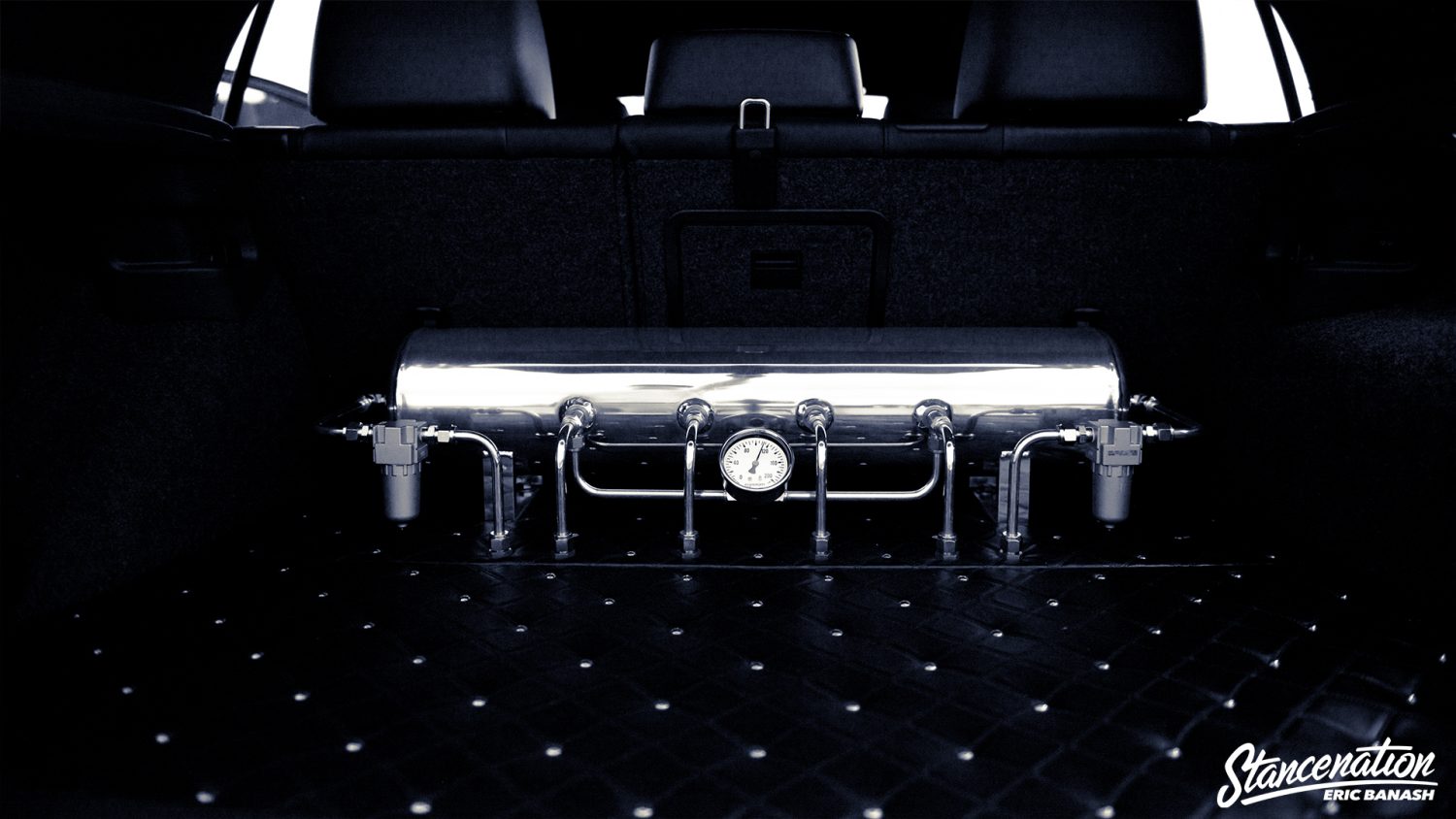 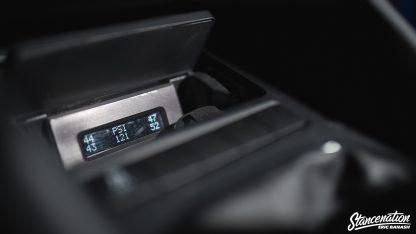 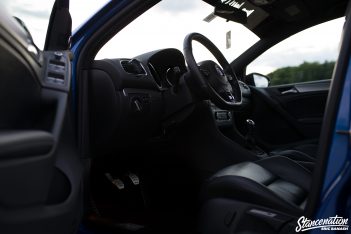 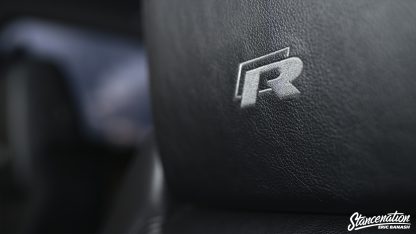 While Brian’s VW is clean it would not be what it is today without the gorgeous O.Z. Futuras fitted perfectly under the arches. 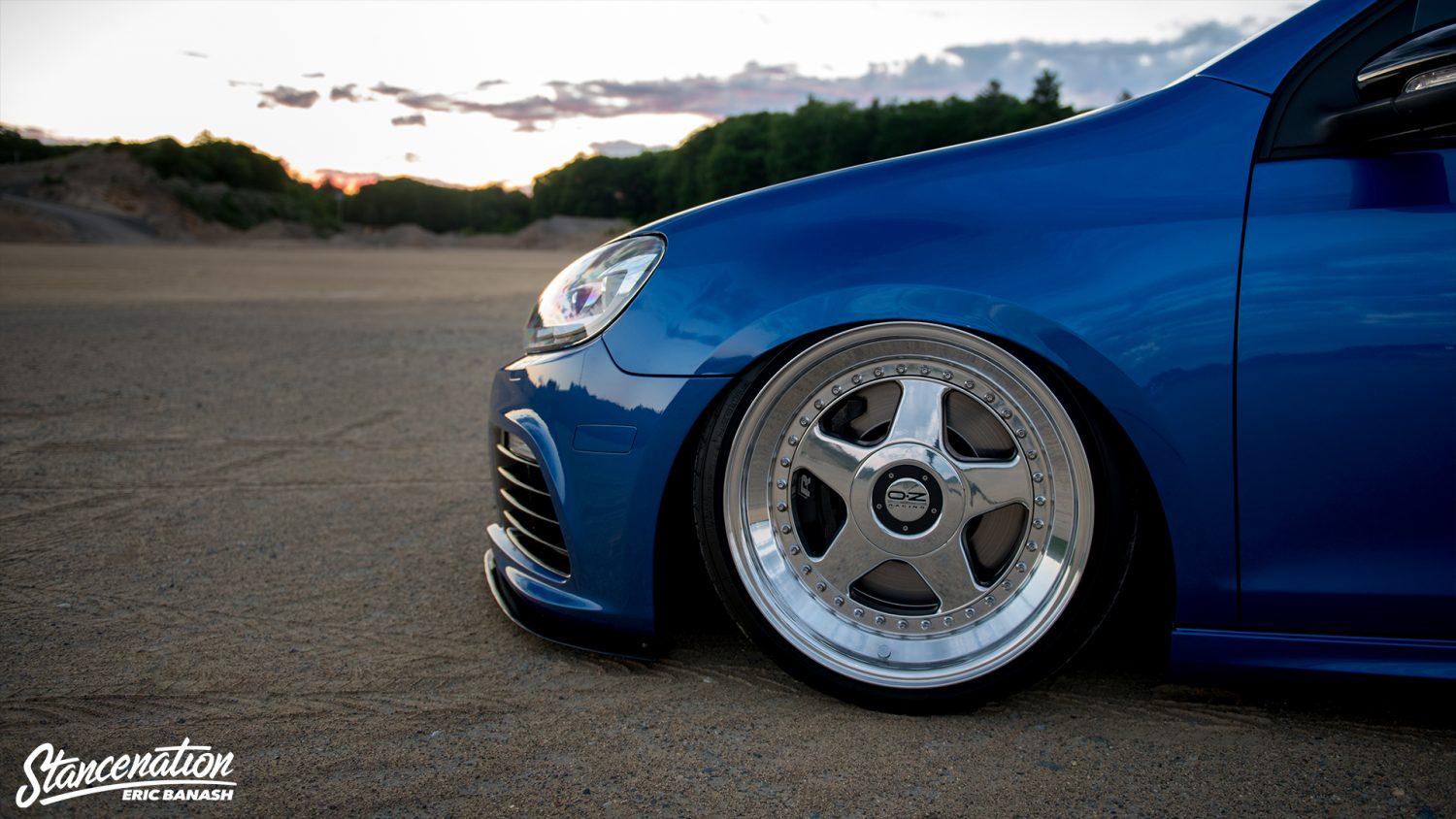 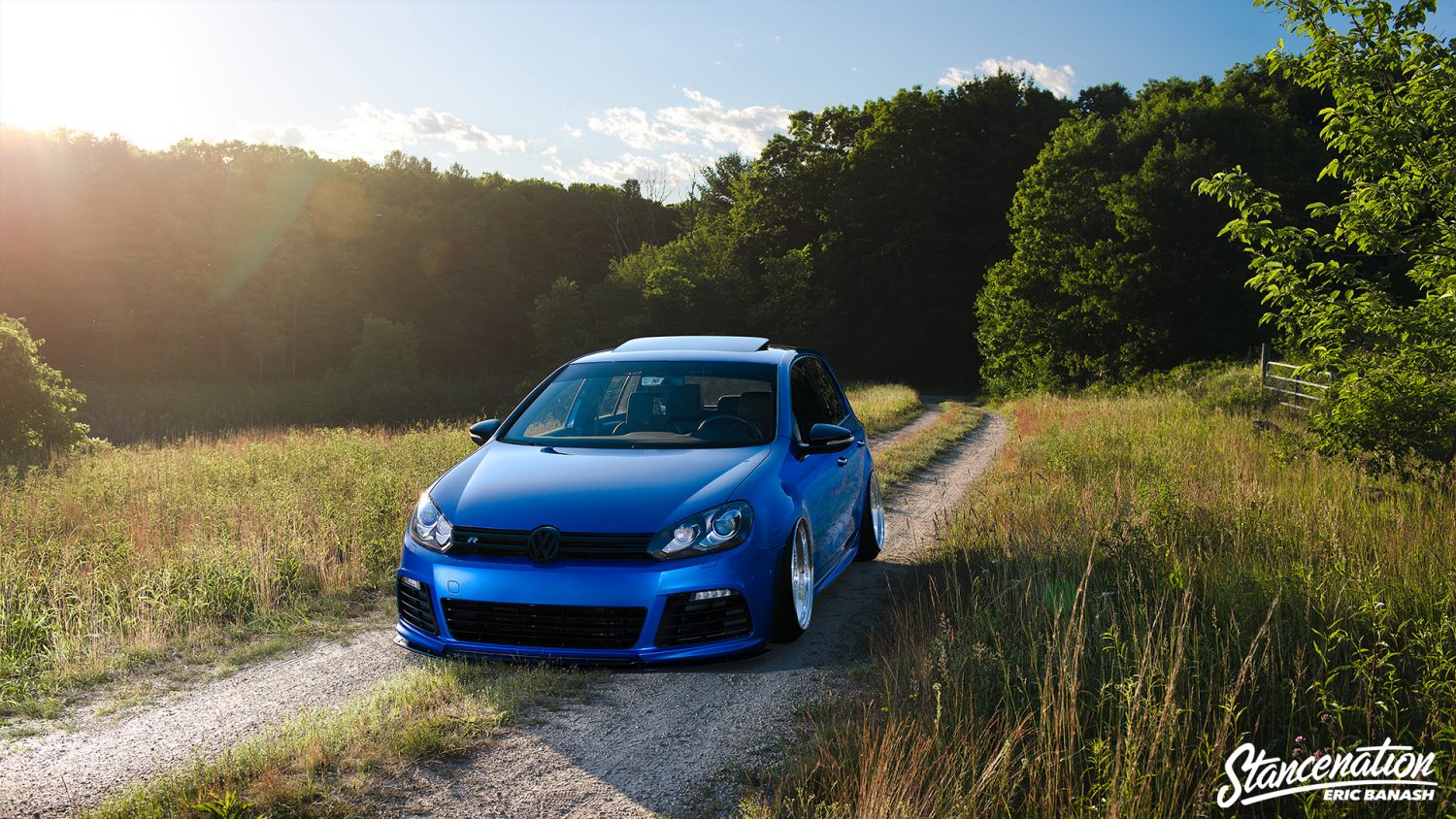 When he found a decent set to work with the process of tearing the wheels down and refinishing them began. The finished product is something that pictures can’t do justice. Having been fully polished and rebuilt to 18×10 all around with 2.5″ lips and 7.5″ barrels they really set the bar when it comes to aggressive wheel fitment without hacking up the car’s fender wells. 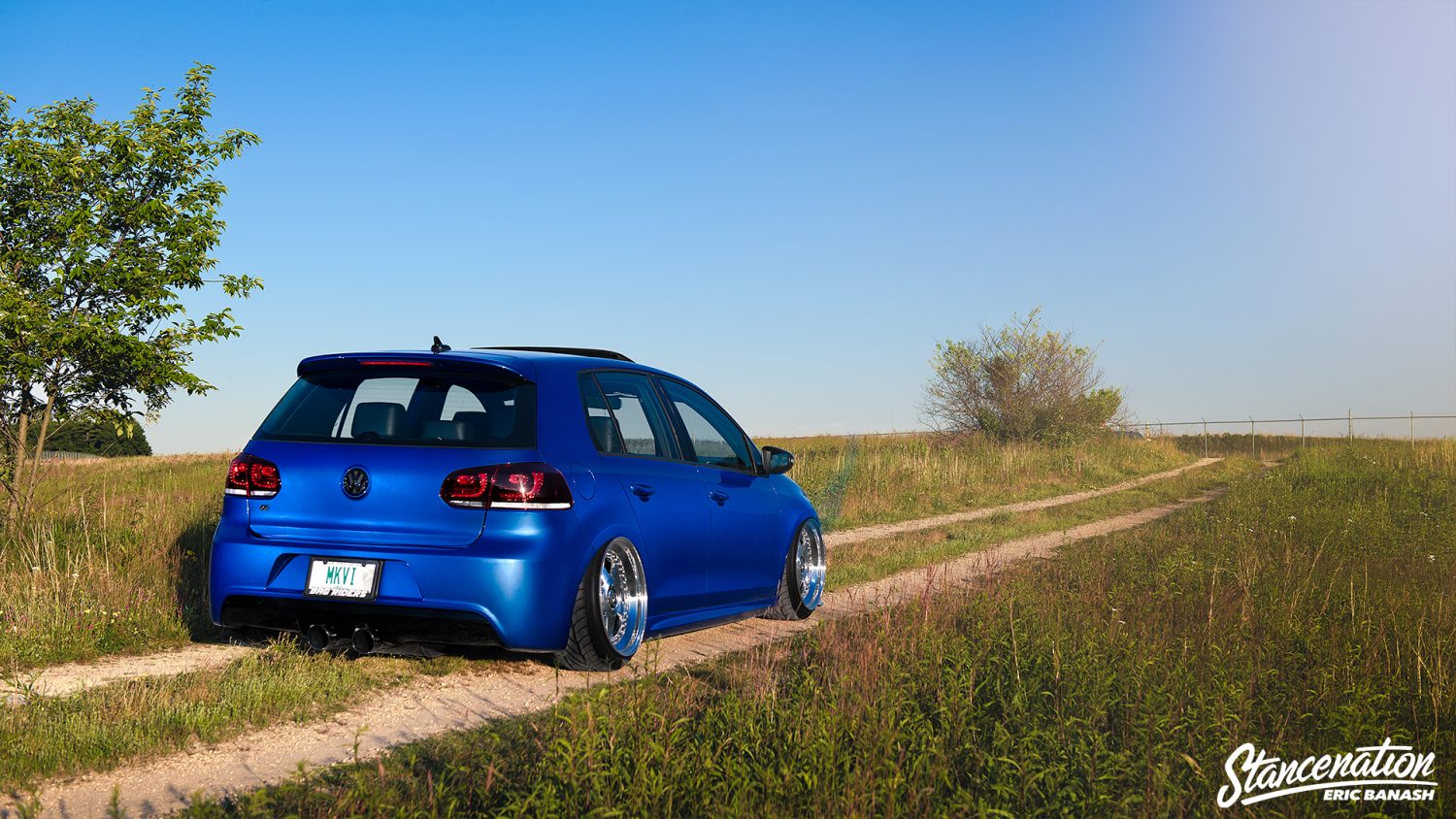 “There isn’t any bodywork done to the car at all besides fender rolling. I wanted to keep the OEM look, but run 10’s all around.” 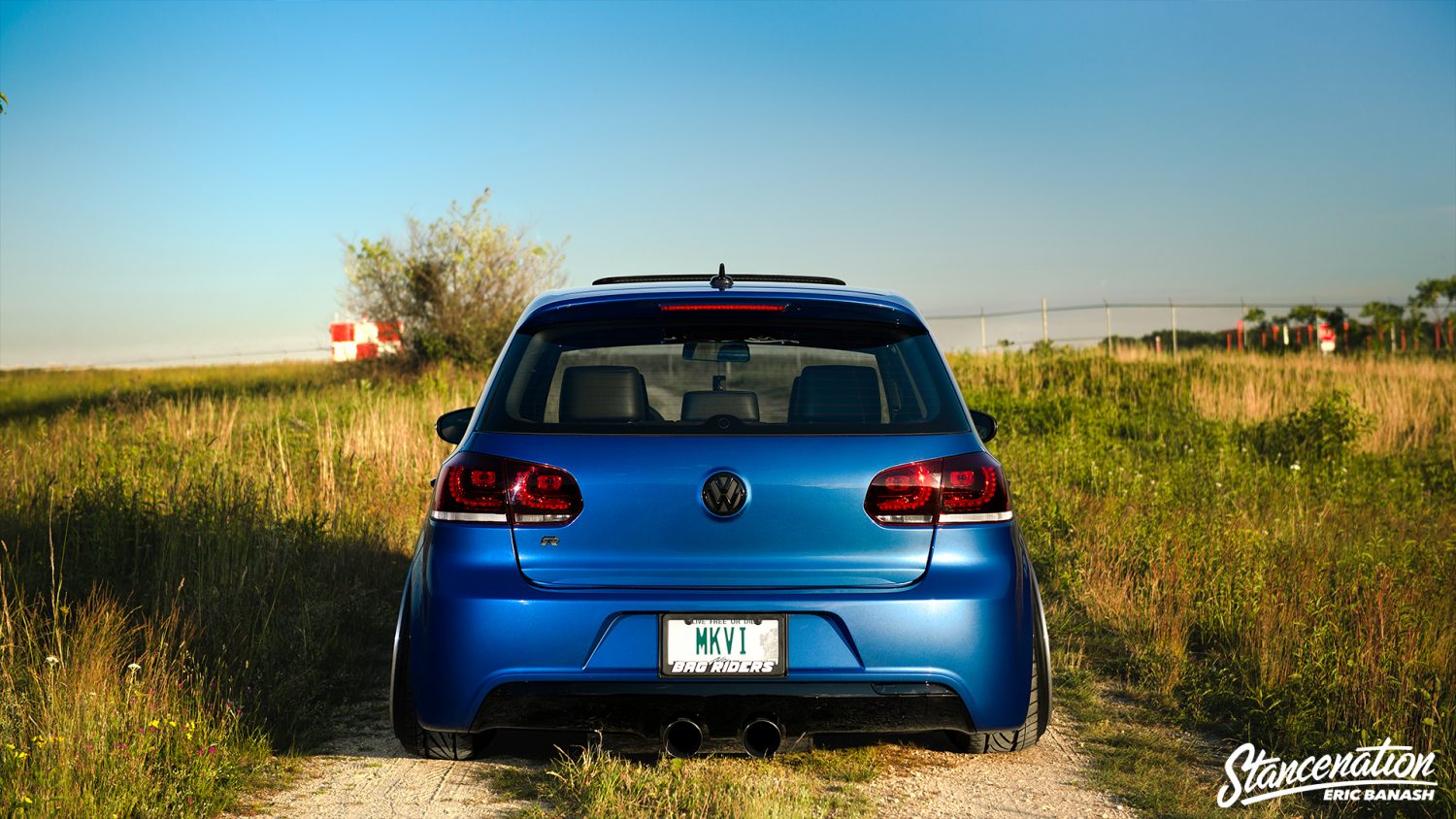 Definitely easier said than done. The et-perfect fitment is spot on and the whole setup looks stellar. 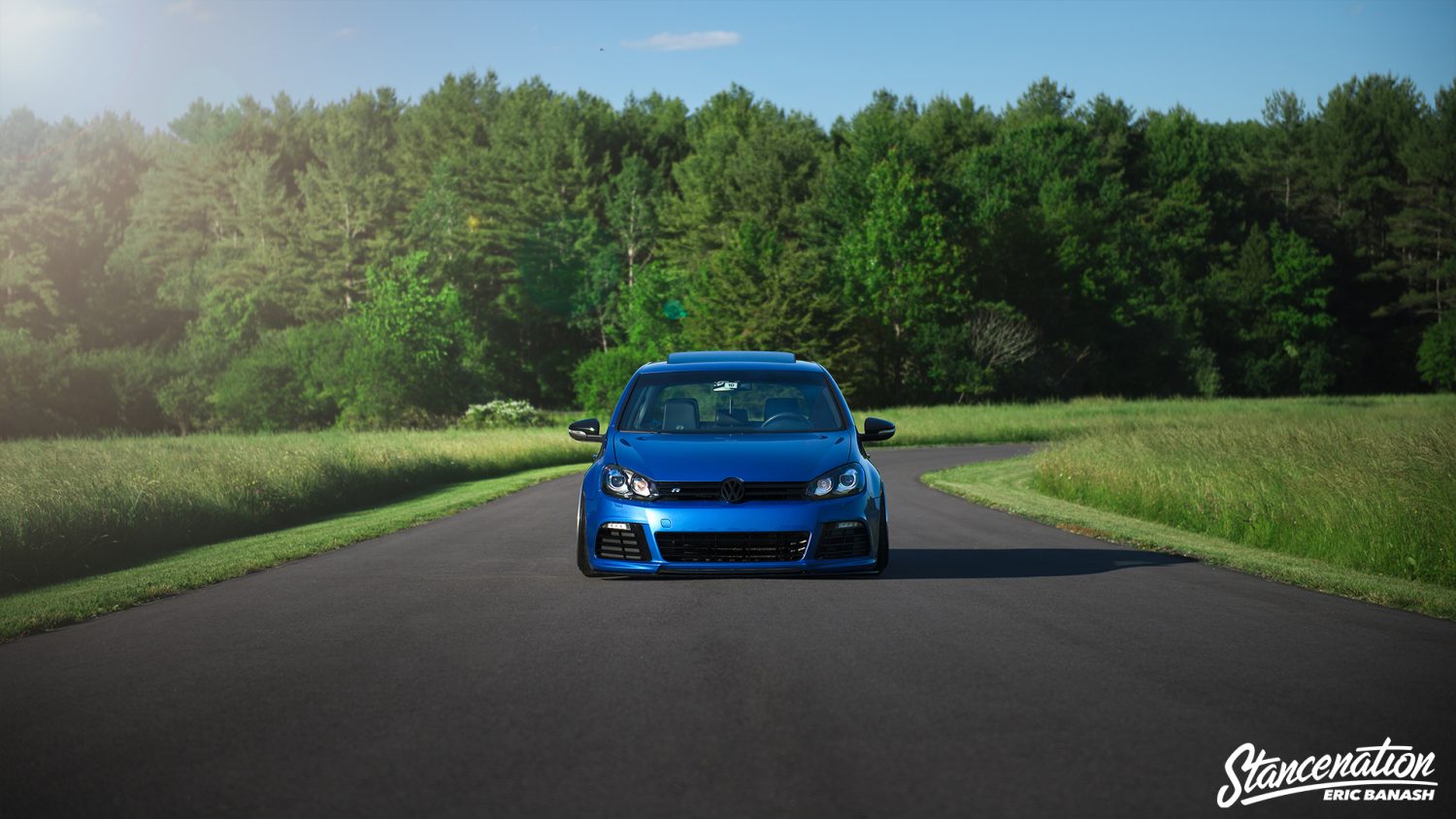 While a majority of cars in the US scene are more show than go these days it was nice to see that Brian made time to fit a healthy amount of go-fast parts under the bonnet. The car is stage 2+ with full bolt-ons and produces 330 horsepower to all four corners. The exhaust note may not mimic the signature sound of an angered Chewbacca, but the CTS turbo back ensures a menacing sound from the 2.0 liter nonetheless. 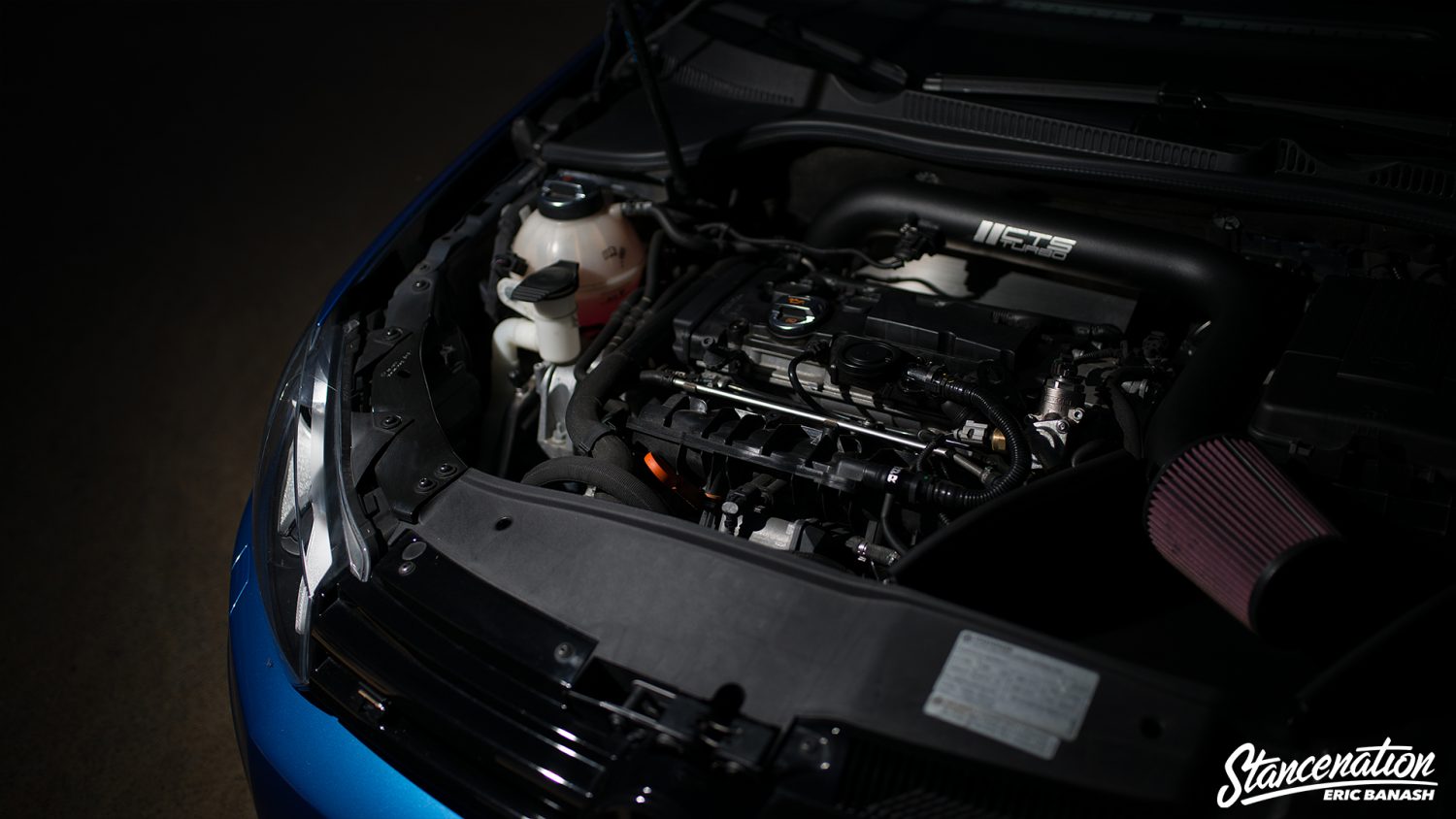 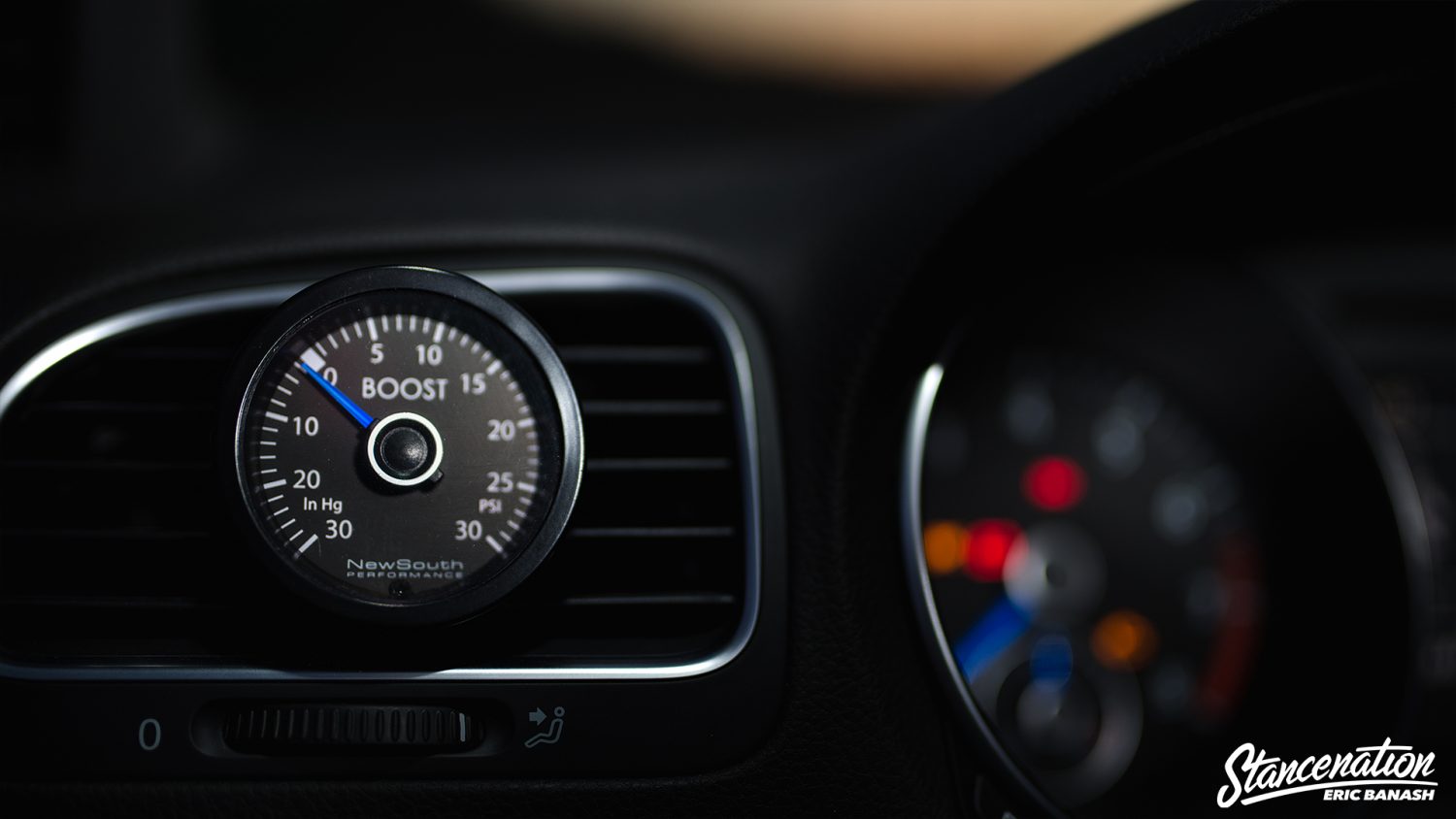 All in all the subtlety of Brian’s Mk6 from the OEM+ exterior and choice of wheels to the perfectly streetable power that the modestly built motor has on tap are very appealing. It’s the perfect mixture of style and performance and knowing Brian he may very well get bored with the current look of his ride and decide to spruce things up even more before the end of the year! 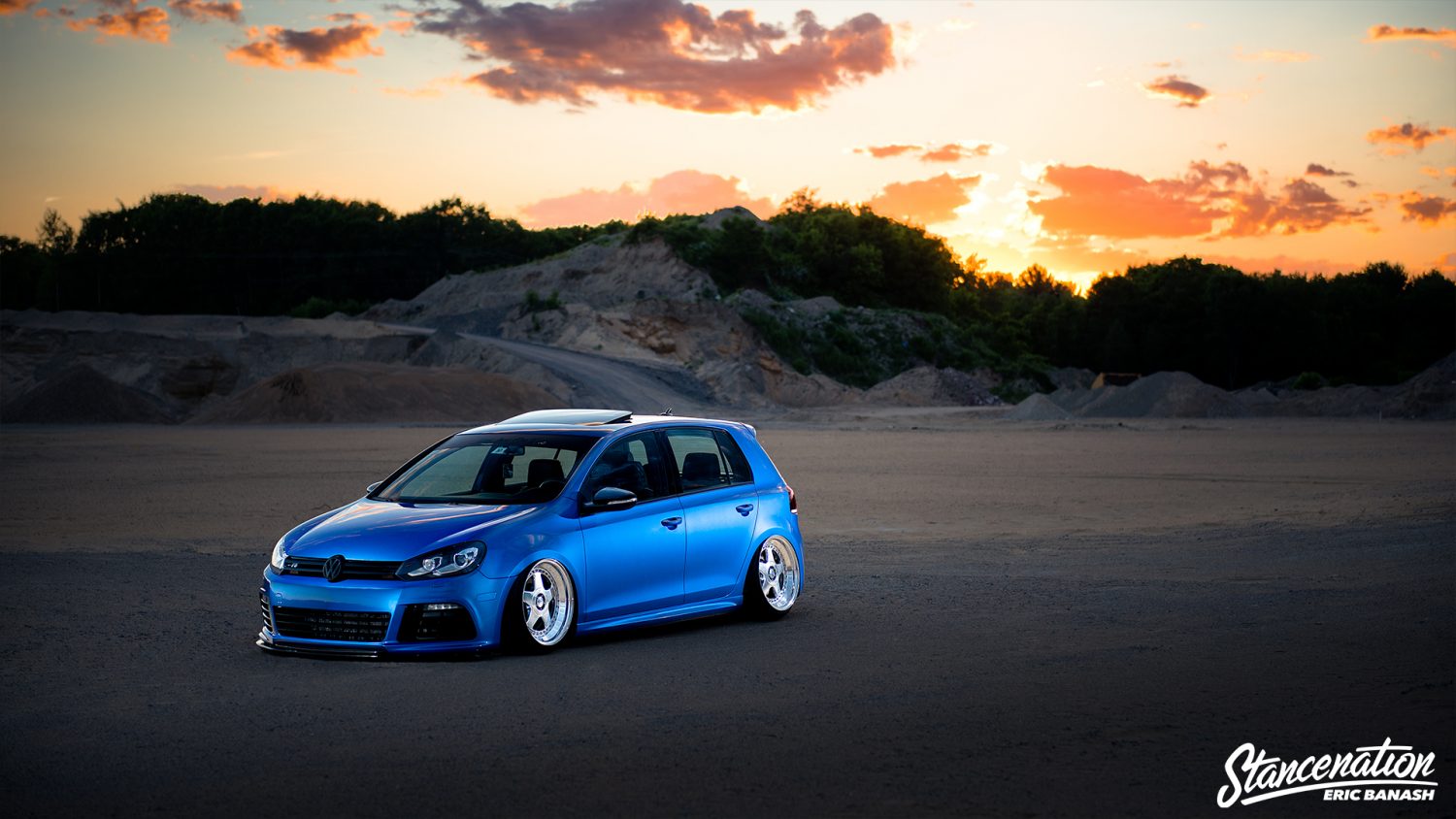