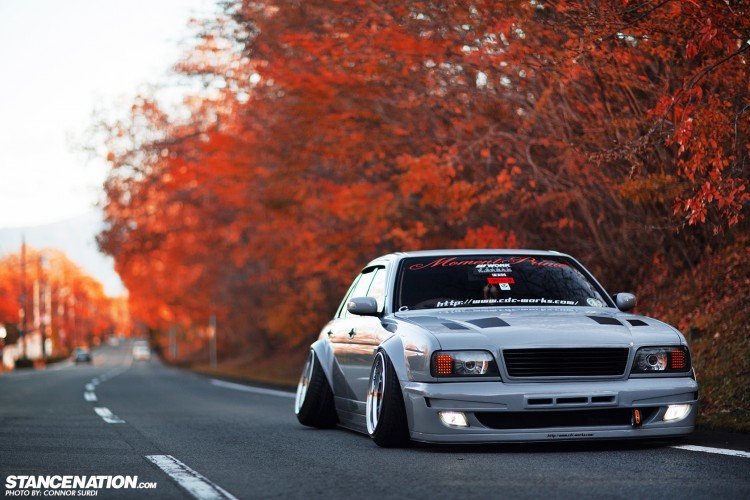 All I have to say to start of this one is, welcome back to Japan.  Seriously, what is not to love about the place?  The culture, the people, the food (oh goodness the FOOD), and of course the cars.  The car culture is something else over there.  The Japanese just have a thing for doing everything right.  They’re beyond doing it to a level that is just good, they’re at a level that people pretty much copy from.  Of course, when it comes to VIP, look no further than Japan.  While Thailand is on the up-and-coming, I don’t think anyone is going to be taking the crown from the land of the rising sun anytime soon.  This super-aggressive Y32 is just another reason why. 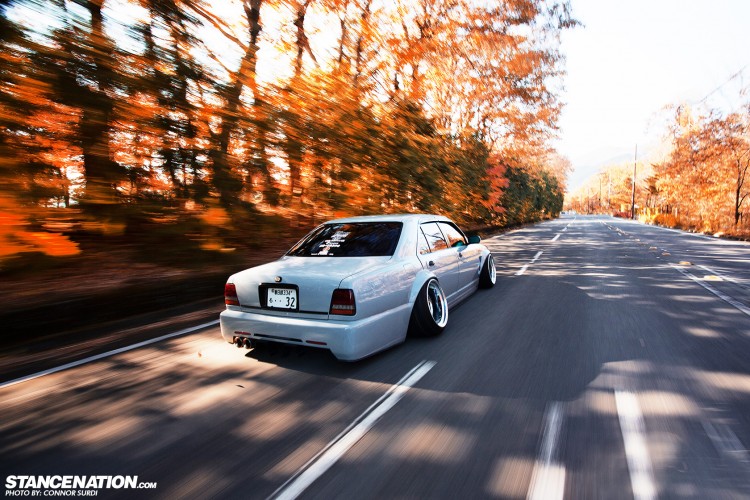 Sadamichi Meguro, or Sada-san’s Y32 is no stranger to us here at S:N.  We’ve posted our fair share of photos of this beautiful machine online, and Sada-san makes it rather easy as he is at pretty much every car gathering you can think of in Japan.  I see photos of his car from all over the place, and it’s relieving to see someone build a car like this and go out and enjoy it.  The car definitely carries a strong presence and attracts attention wherever it goes, but Sada-san’s car was no overnight love story.  He’s been at it for 6 years with this car with more than one transformation under his belt, and after almost losing the car earlier this year in a flood, it hasn’t been an easy road either. 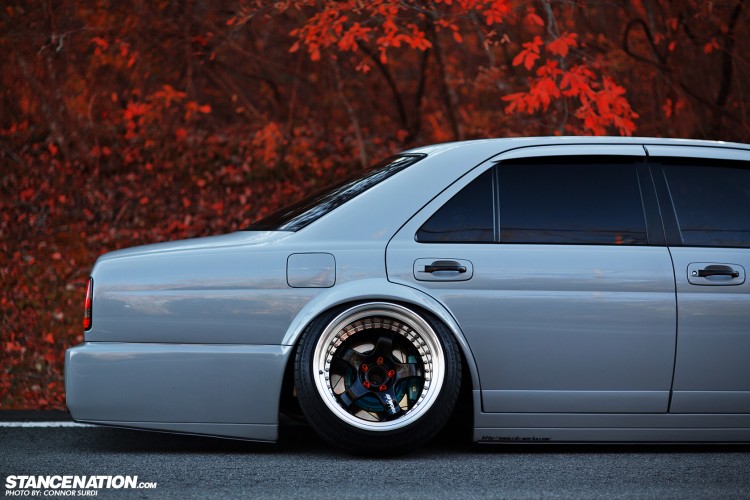 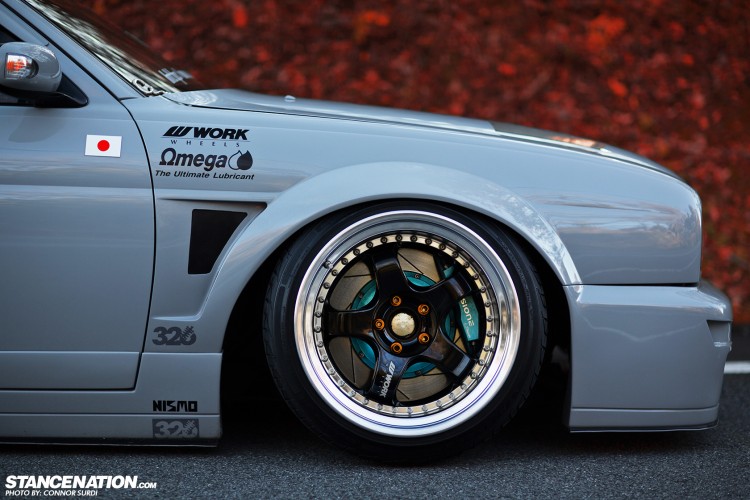 Determination is something you need to build a car like this, and when I mean ‘build’ a car I actually mean to build the car.  Personally, I’m sick and tired of reading about all these so-called ‘builds’ online that are nothing more than a stock car that’s been bagged with a set of wheels and maybe some rolled fenders.  That’s not a build.  That’s a weekend of work.  I think too many places are putting these sub-par, overnight ‘builds’ on pedestals that they don’t deserve to be on, and are watering down the mentality of the masses that if you take the easy way out you’ll still get your 15-minutes of fame. Again, just my opinion. 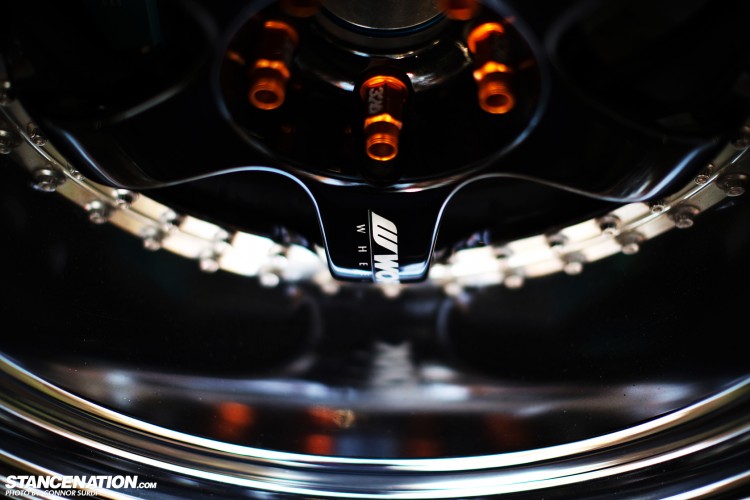 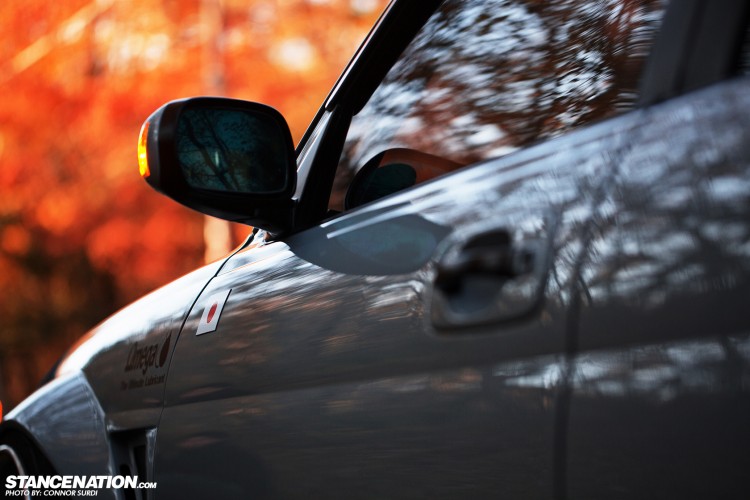 Earlier this year, I saw Sada-san post some rather sad photos of his car sitting in front of his home with water above the front bumper.  It was definitely a sad sight to see as only a few days prior I was looking through Sada-san’s photos of a show where he took home a trophy.  Of course we were relieved that Sada-san himself wasn’t harmed from the floods, but we all assumed the car would be a total loss.  However, Sada-san wasn’t going to give up on his dream that easily.  Whether or not it was an easy save, I don’t know, but I’m glad that he was able to bring his Y32 back to its original glory. 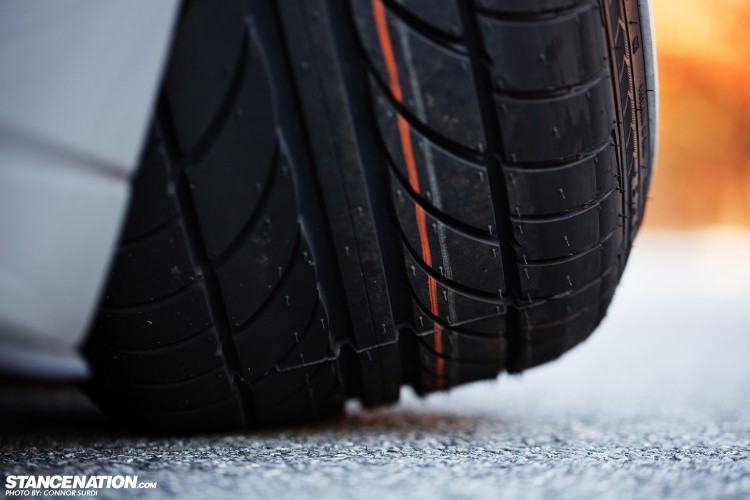 Sada-san’s love affair with the Y32 started in his early teens when he fell in love with the car’s boxy shape.  The Y32 is one of those classic, VIP platforms to build upon.  Sada-san still has photos from when he first got the car and to see how far its come really is something.  Like I said, determination is something you need if you want to take a care from show-room stock to an all out stunner.  You’ve got to stick it out through a lot of tough times because nothing like this comes easy.  This Cima has a lot of custom work, and the level of finish is the reason why this car is so widely recognized in and out of Japan. 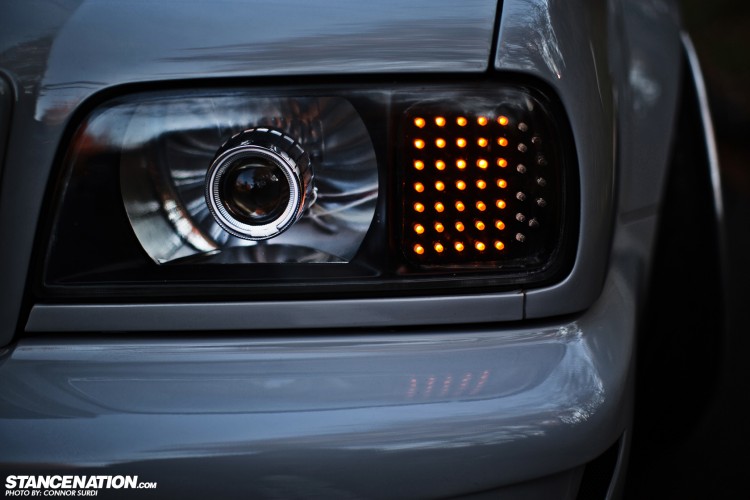 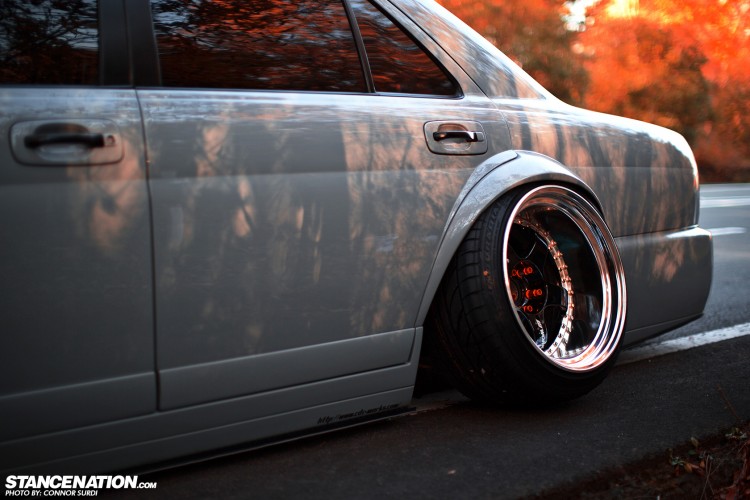 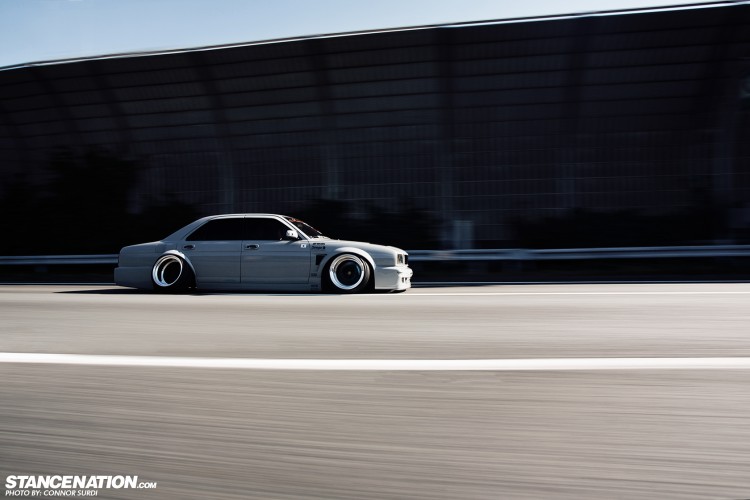 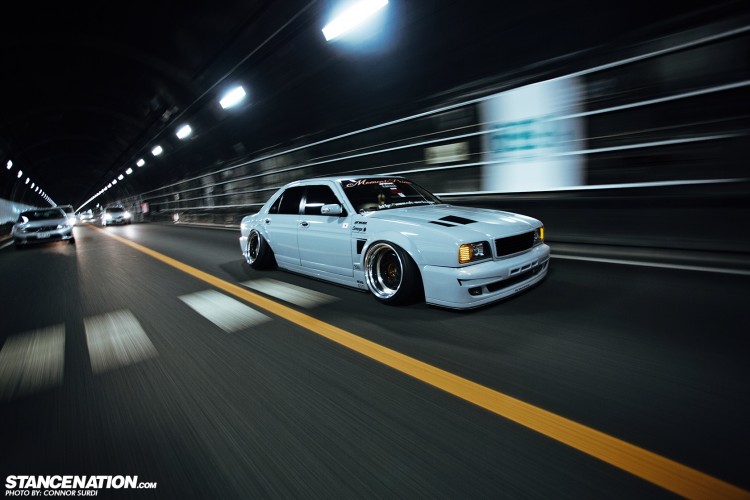 If I have to start somewhere though, I suppose I’ll start outside and work my way in.  As with a lot of VIP features from Japan, the best way to describe the exterior of the car is ‘custom.’  Sada-san’s Cima is no different, and where it’s the language barrier or our novice translating skills, I don’t have too much to go on as far what’s done.  The front bumper, side-skirts, and rear bumpers are all K-Break pieces that have been customized to suit Sada-san’s standards.  It’s not uncommon in Japan to take an existing kit and cutting it up to change it to suit your own style.  Another exterior highlight is the exquisite fender work.  I think it’s something a lot of people overlook when looking at these cars from Japan, but it’s something we should all be taking notes on.  Sada-san’s one-off fenders and quarter-panels are just gorgeous with a nice radius and healthy pull that still flow well with the lines of the car. 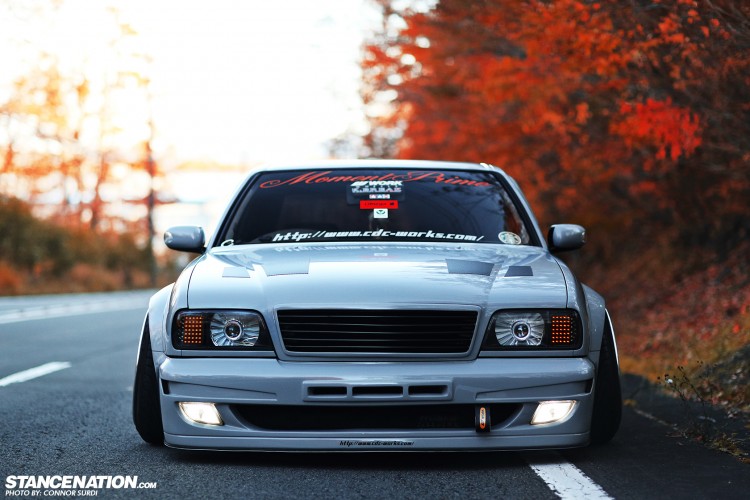 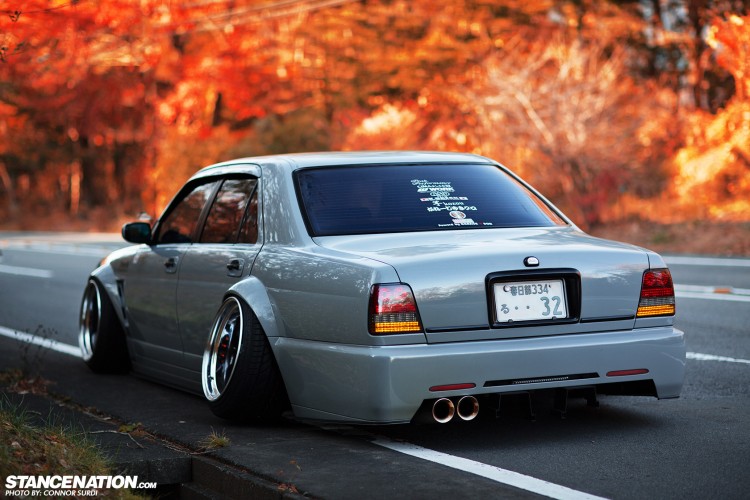 Of course filling those bulbous fenders is an equally impressive set of wheels.  I don’t think we can express how much we love the Work Meister S1 here at S:N, but we’ll reiterate that love with Sada-san’s Cima.  The ridiculously deep-dished and step-lipped S1s come in at a 18×10.5 -26 and 18×12 -45.  Making sure the wheels don’t come in contact with the custom arch work is a set of JIC Magic coilovers that have been customized to Sada-san’s specs.  They’ve been re-valved and the springs replaced with Swift counterparts with 30kg and 24kg spring-rates front and rear respectively.  To achieve that oh-so-delicious demon-camber that will leave most drooling and others frothing at the mouth with distaste, custom arms from Nagisa auto and Garage Yukiguro replace the factory pieces.  The result is a stance that many of us will try to achieve, but few will actually accomplish.  Sada-san himself has said that he’s adjusted this setup countless times to get it where it sits today.  It’s all part of that determination thing. 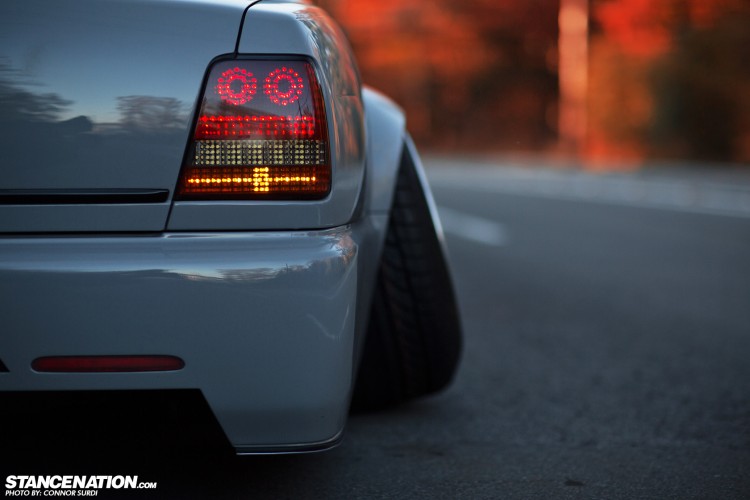 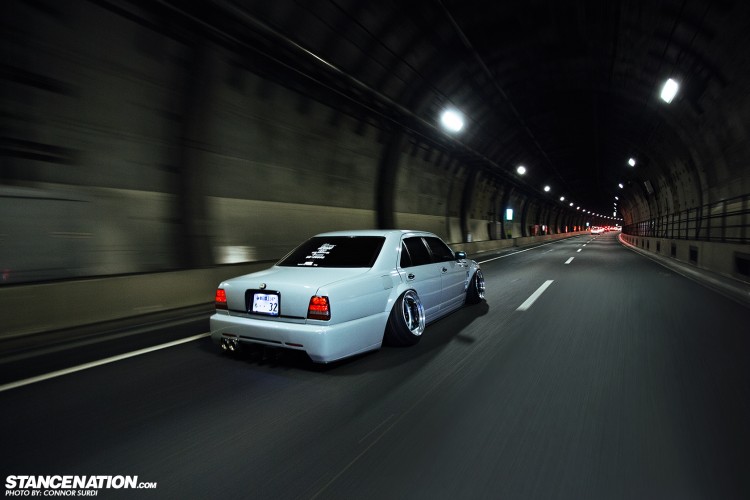 If there is one thing I want you to take away from this article if you just skimmed it to look at all the pretty pictures from super-amazing-photographer-extraordinaire Connor Surdi, it’s to not give up on your dreams.  There’s so many outlets now because of the internet to see all sorts of different cars and builds, and thousands of places for people to tell you how you should do things.  But really, the only person you need to listen to is you.  Take advice, but don’t let someone tell you how to build your car.  Just know that if you really want to build a car, you’ve got to stick it out.  It’s not as easy as it looks, especially something of this caliber here.  If you’re determined though to follow your dreams, the sky’s the limit.  “Reality can destroy the dream.  Why can’t the dream destroy reality?” 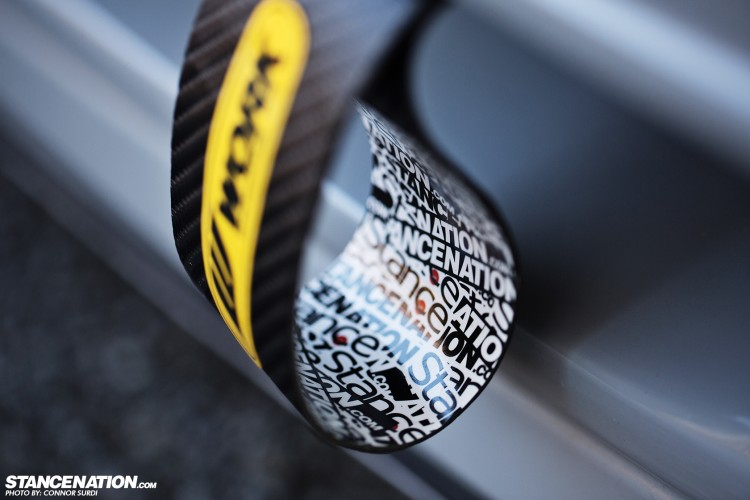 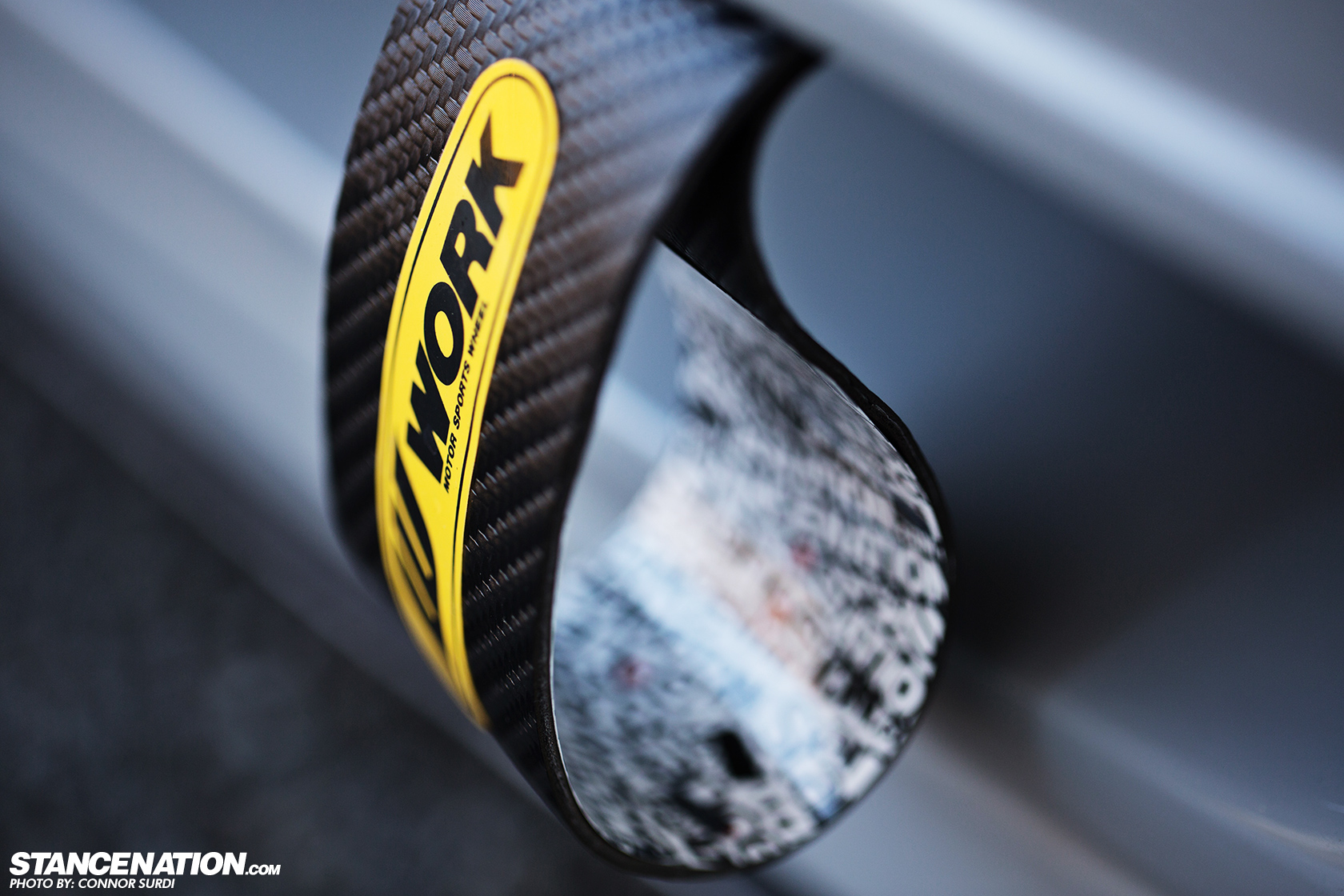 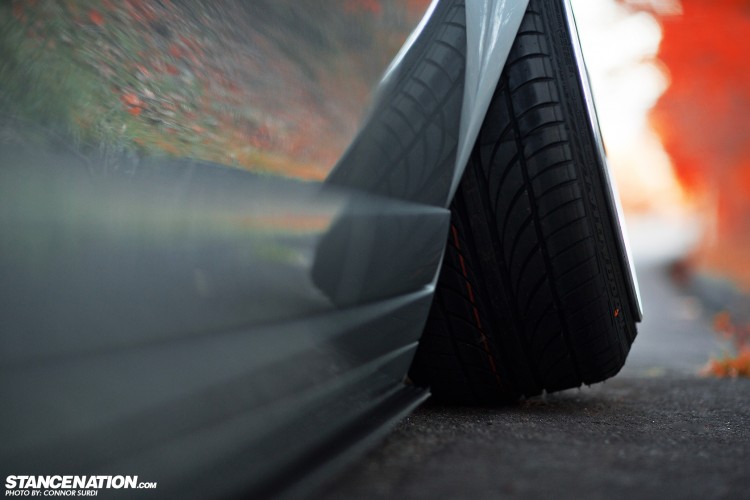 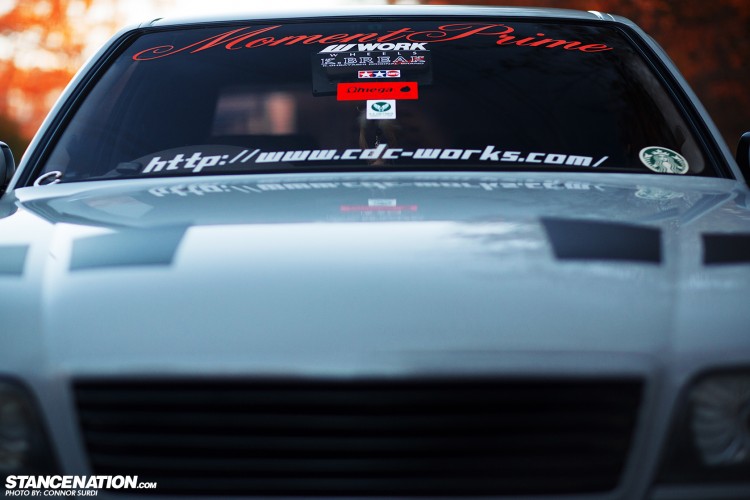 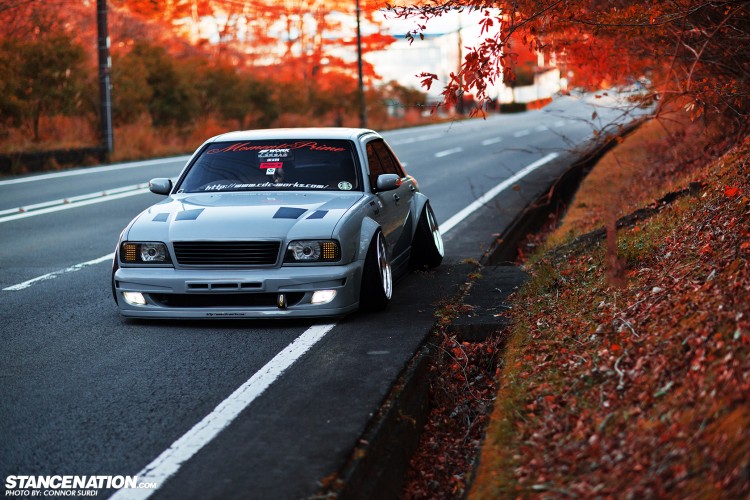 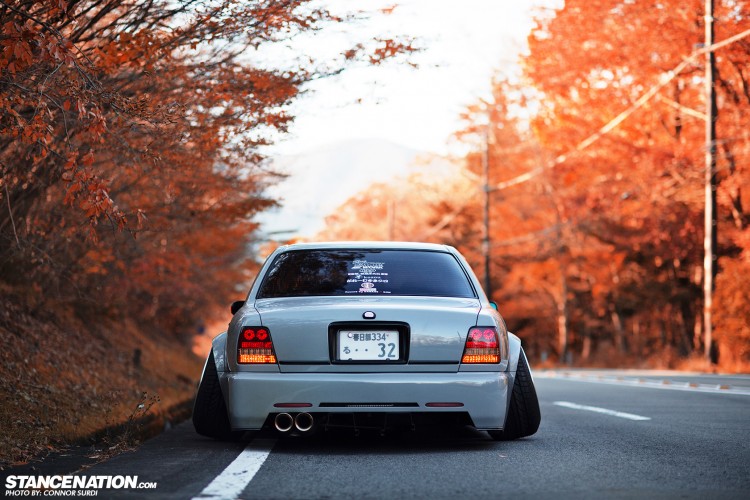 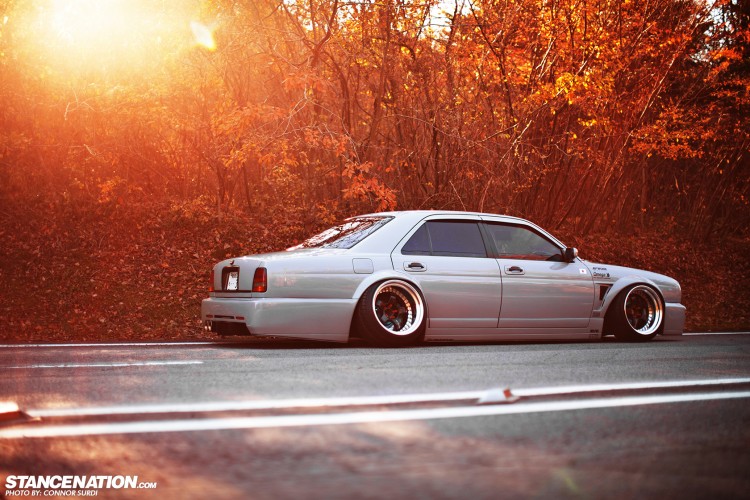 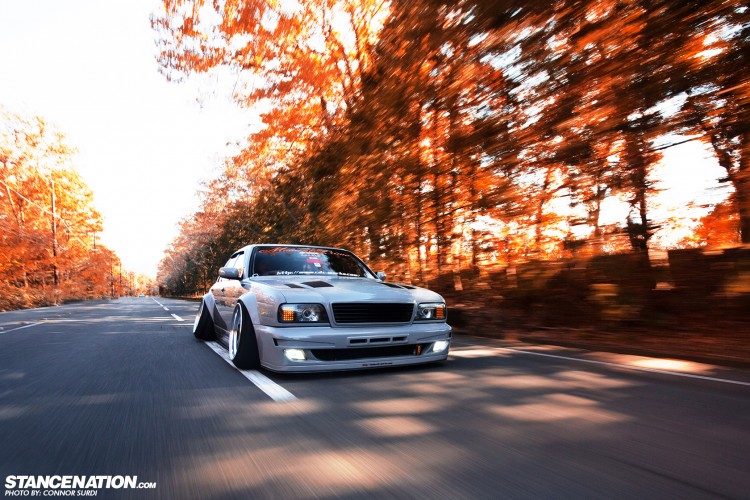