What is like ice, but burns like fire? A bagged EVO, that’s what! Harold’s 2011 Evolution MR has the ability to leave you frozen in your tracks as he drives by you. Hell, you’ll stop and stare even if you spot this beauty parked hard.  Now I know that some of you out there believe that every turbo AWD car is made for “rallying” and should never be “stanced”. Well, I as well as Harold disagree, and if that’s the case you should probably hit the red “X” on top right of your screen.  Let’s get real, this is StanceNation, where fitment reigns supreme.  Now that we’ve established some ground rules let’s get back to Harold’s beautiful Evo shall we? 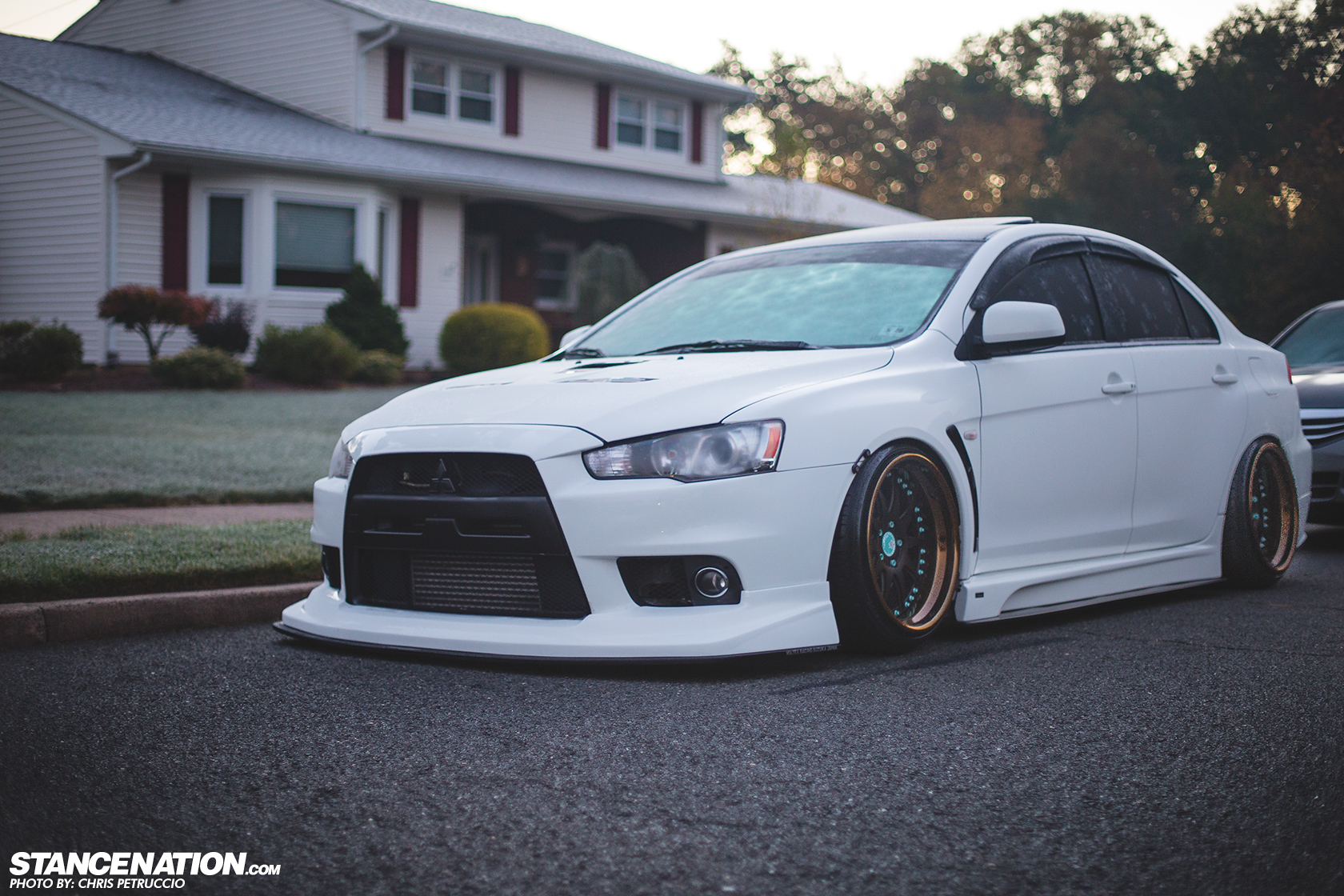 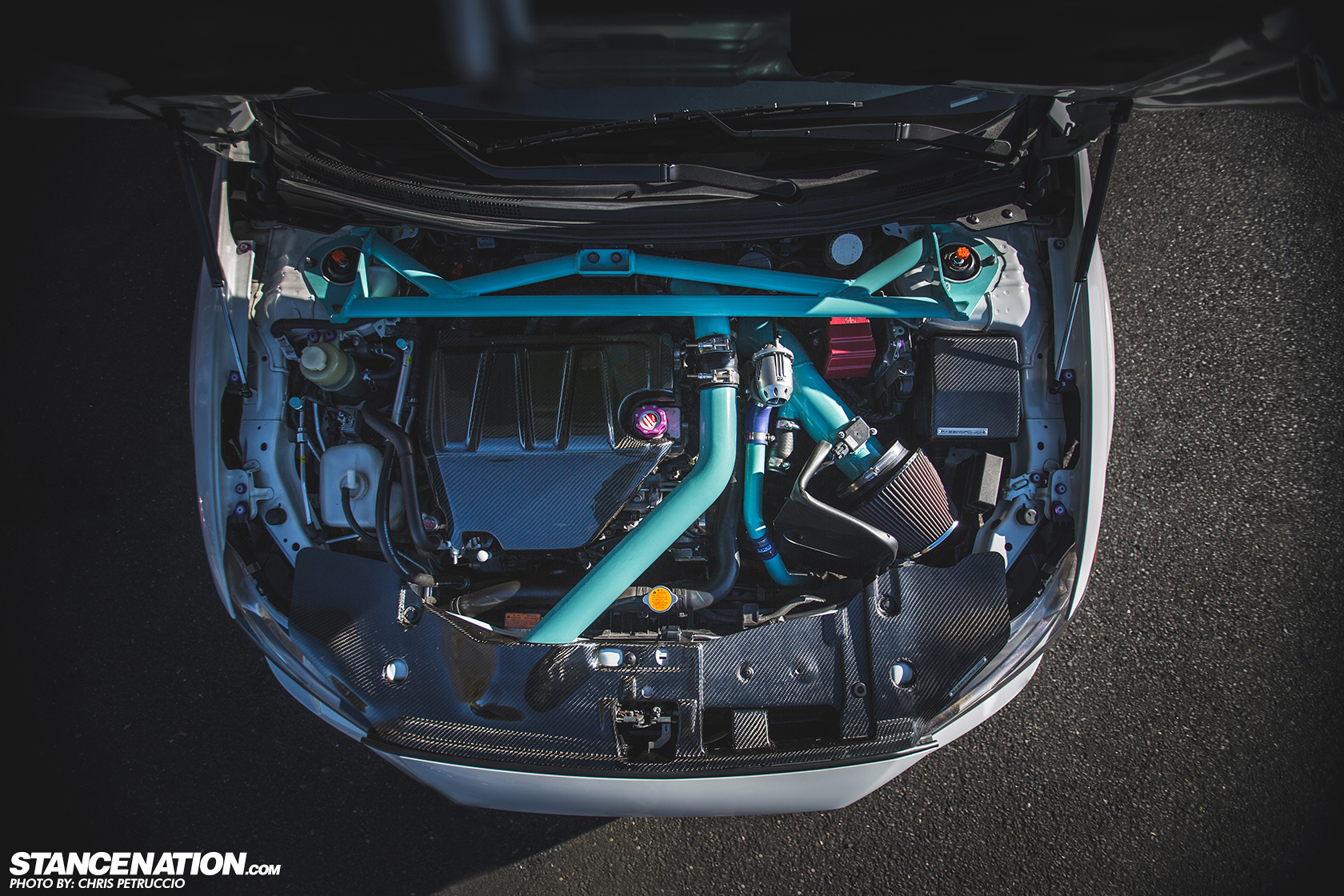 When the EVO X first came to the scene in 2008, it shook things up with a totally new look, new power plant, and new transmission offerings. Gone was the 4G63 that so many were used to and in came the 4B11, a totally new all aluminum block. The car was a little heavier than years past as well. The biggest change was the new transmission in the MR; the 6 speed manual gearbox was swapped out for a 6 dual clutch Getrag unit, which Harold has in his Evo.  The SST transmission allows for clean, crisp, fast shifts and are quite a blast to drive! Harold has a mild bolt on set up that allows for well over 300 horsepower to the wheel which is more than plenty to have plenty of fun when one desires. 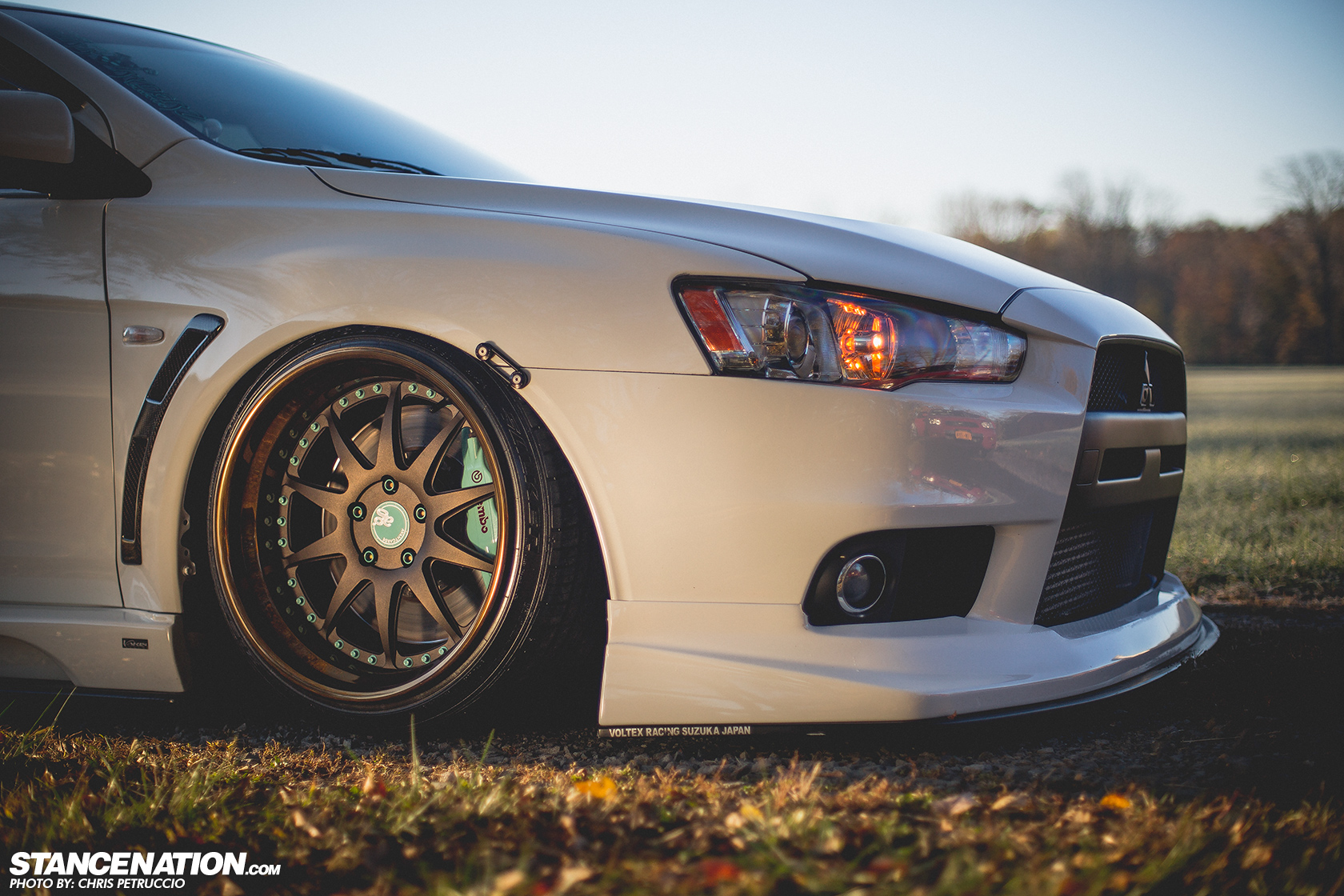 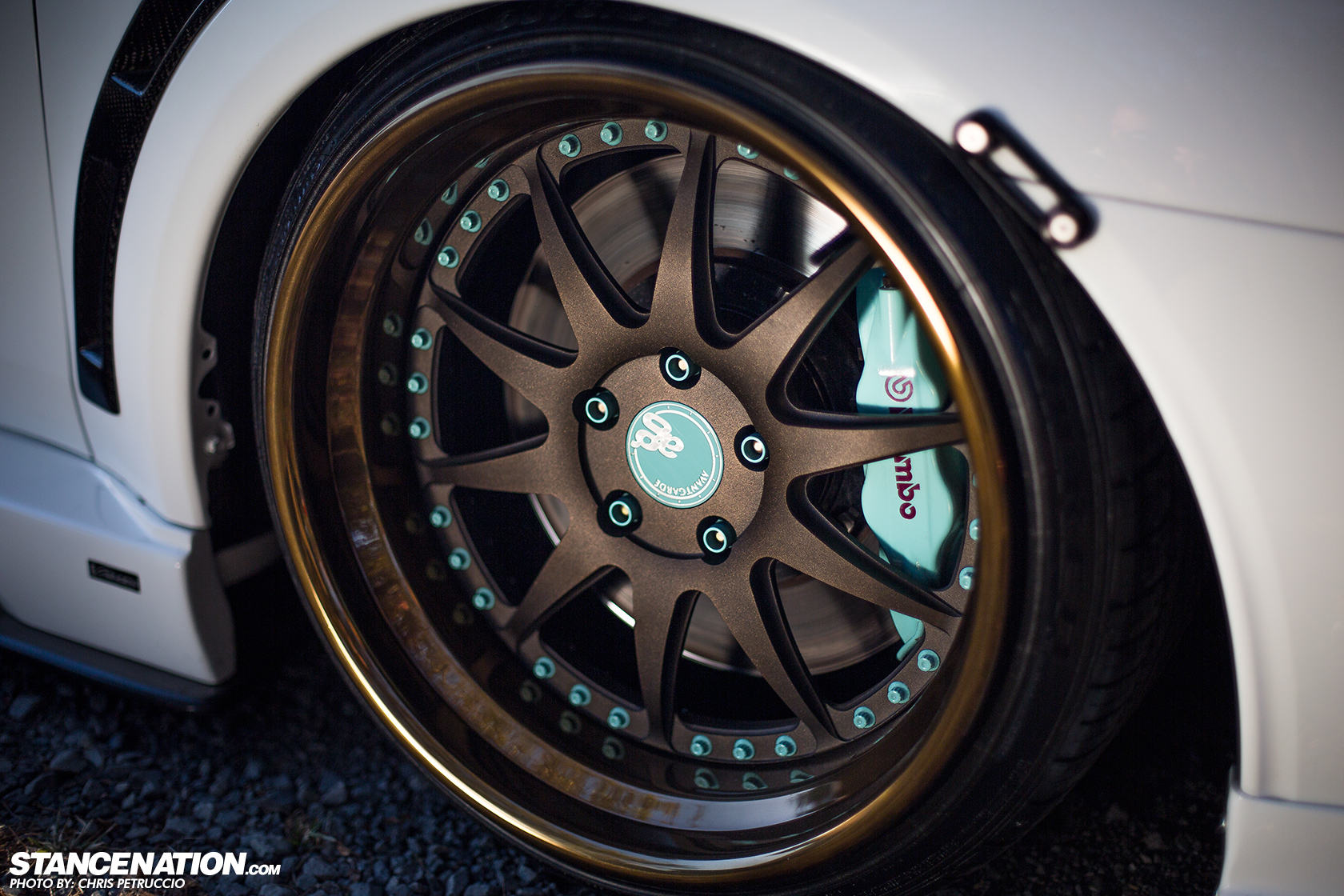 Speaking of wheels, let us take a moment and drool of Harold’s wheel set up here. He decided to fit the Evo with a set of Avant Garde F120 measuring 18 x 11 in the front and rear.  The matte bronze face offers a great contrast against the gloss lips and honestly looks amazing.  The Tiffany blue accents on the bolts, center caps, and calipers are the added touch to make the package complete.  But it is the air ride that takes everything to the next level. By allowing for the Avant Garde lips to rest against the Wicked White fenders, which aren’t ridden with stickers covering cracks or bacon waves. Oh the joys of riding on air and taking care of your car.. 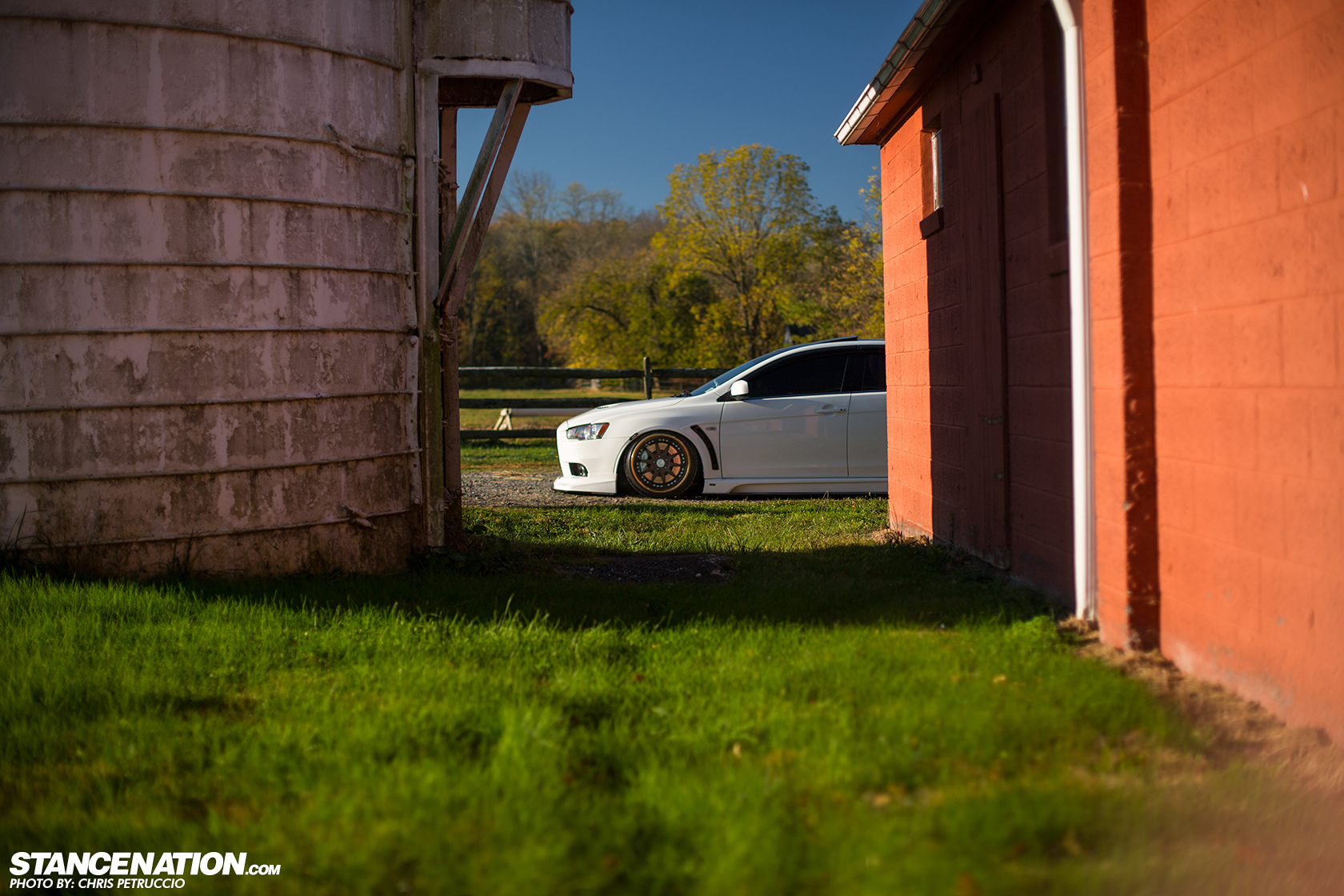 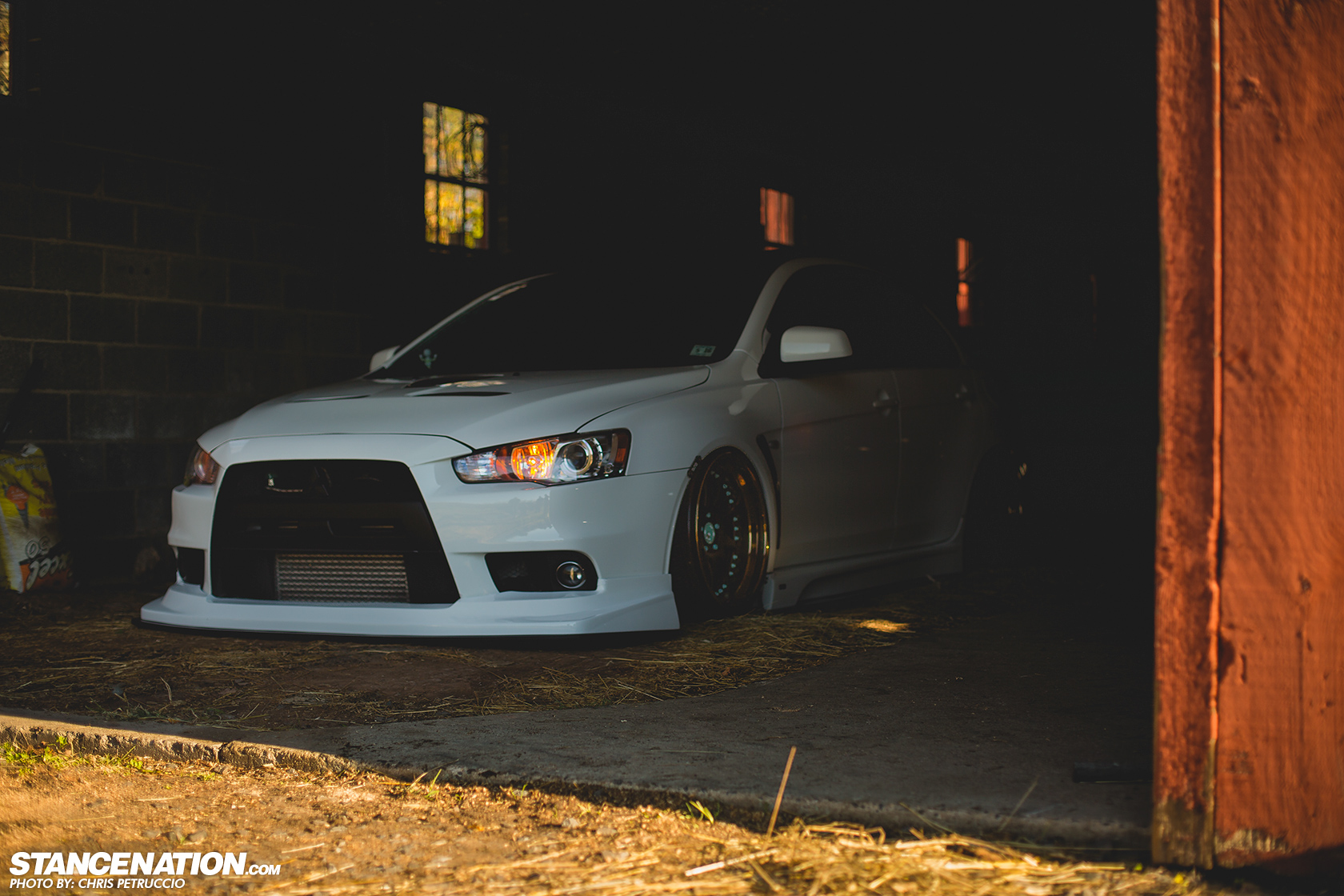 The exterior mods that Harold picked out work well and compliment one another to create a clean looking Evo.  The Voltex front lip adds to the aggressive look of the X’s body in addition to wider stance the car has with those 11 inch wide wheels.  Running along the sides of the car are Varis side-skirts fitted with carbon under-boards.  Seibon pieces were chosen to take care of the rear of the car.  The OEM trunk was swapped out for a Seibon carbon unit that has been painted Wicked White of course to match the rest of the car.  While a full carbon Seibon rear diffuser accentuates the lower rear section, in addition to the rear lip extension.  You will also find Seibon carbon pieces on the side vents and engine cover as well. Together, they do enough to break up all the white on the car without looking “overdone”, if you know what I mean.  In my opinion, modding is all about finding that right balance. 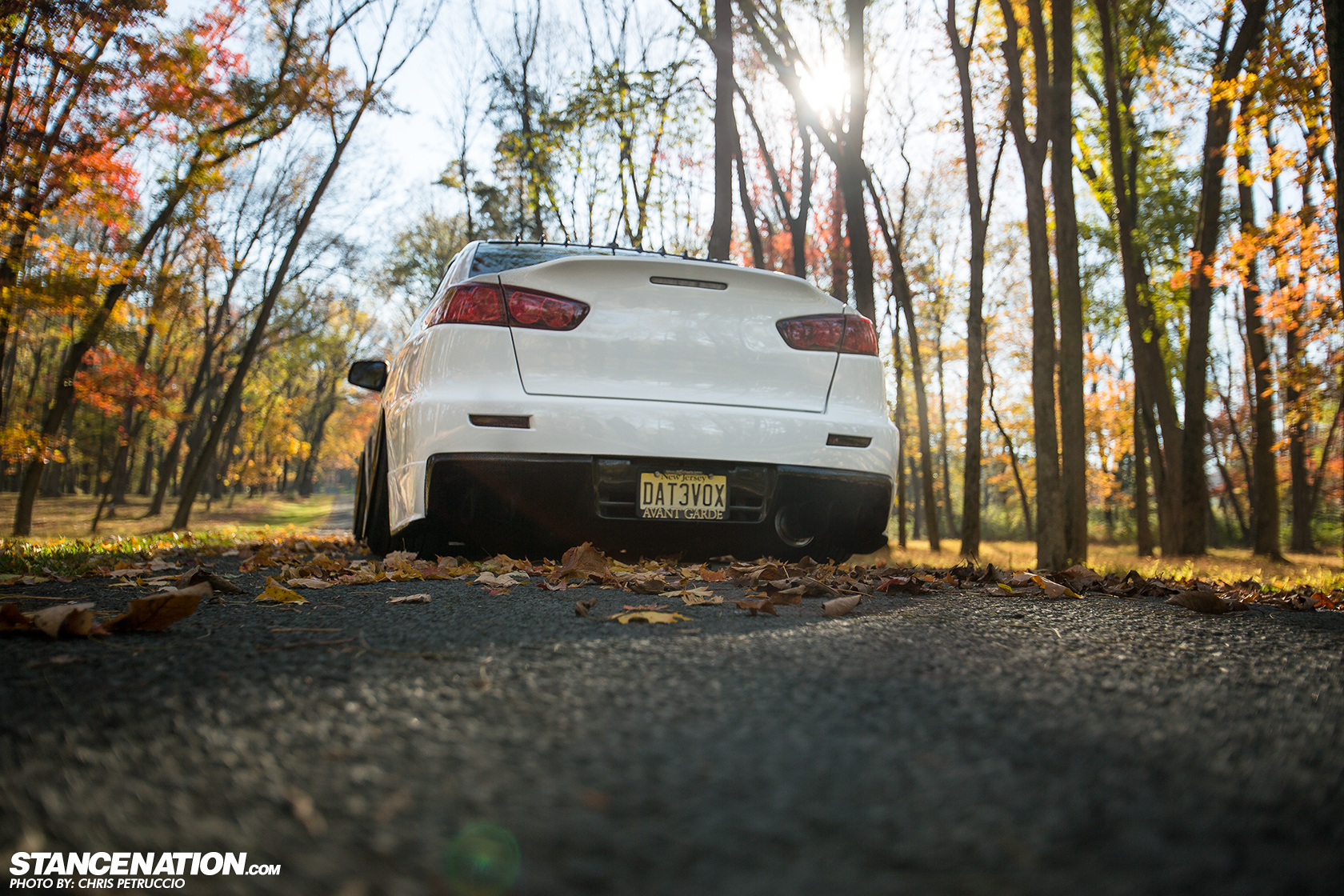 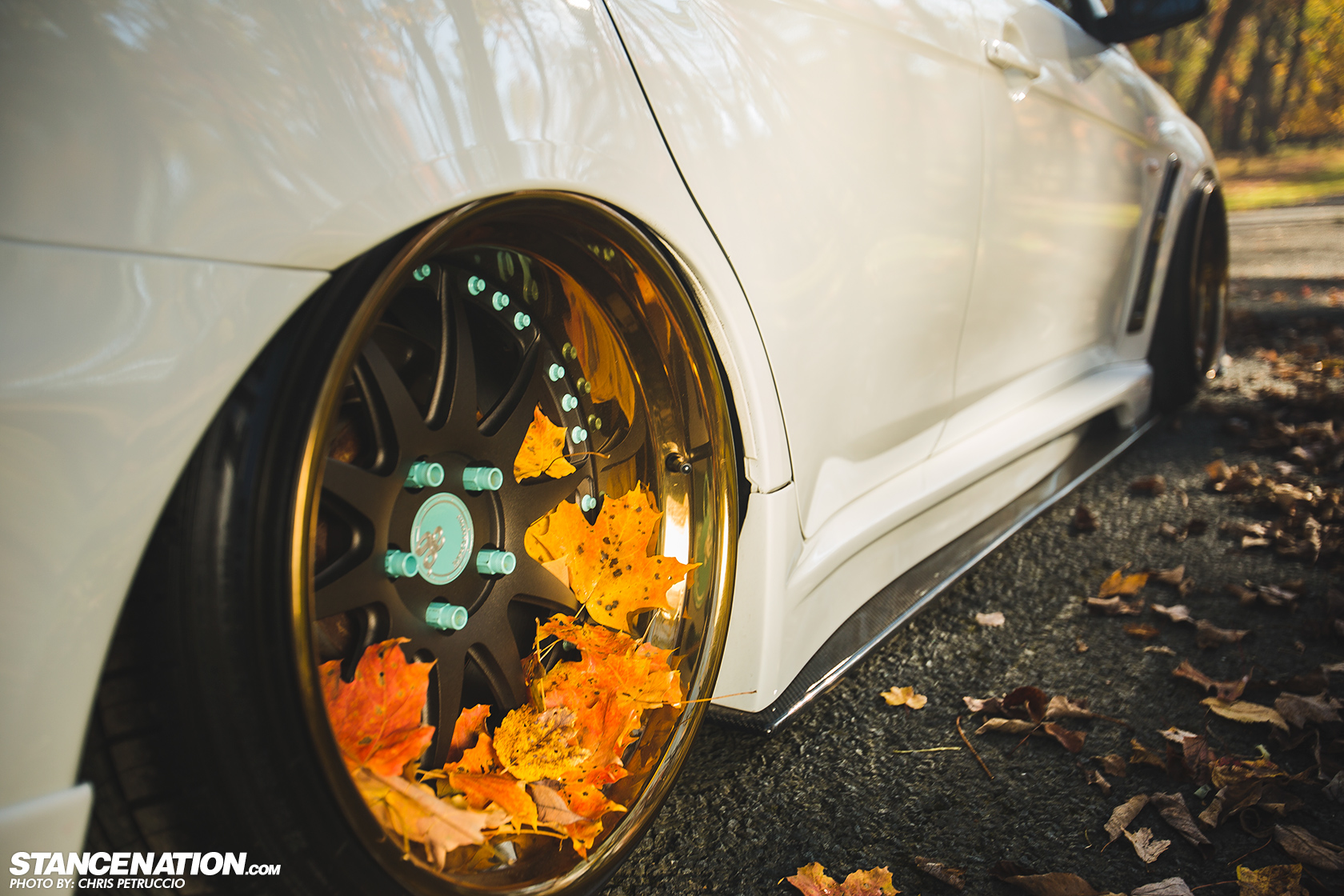 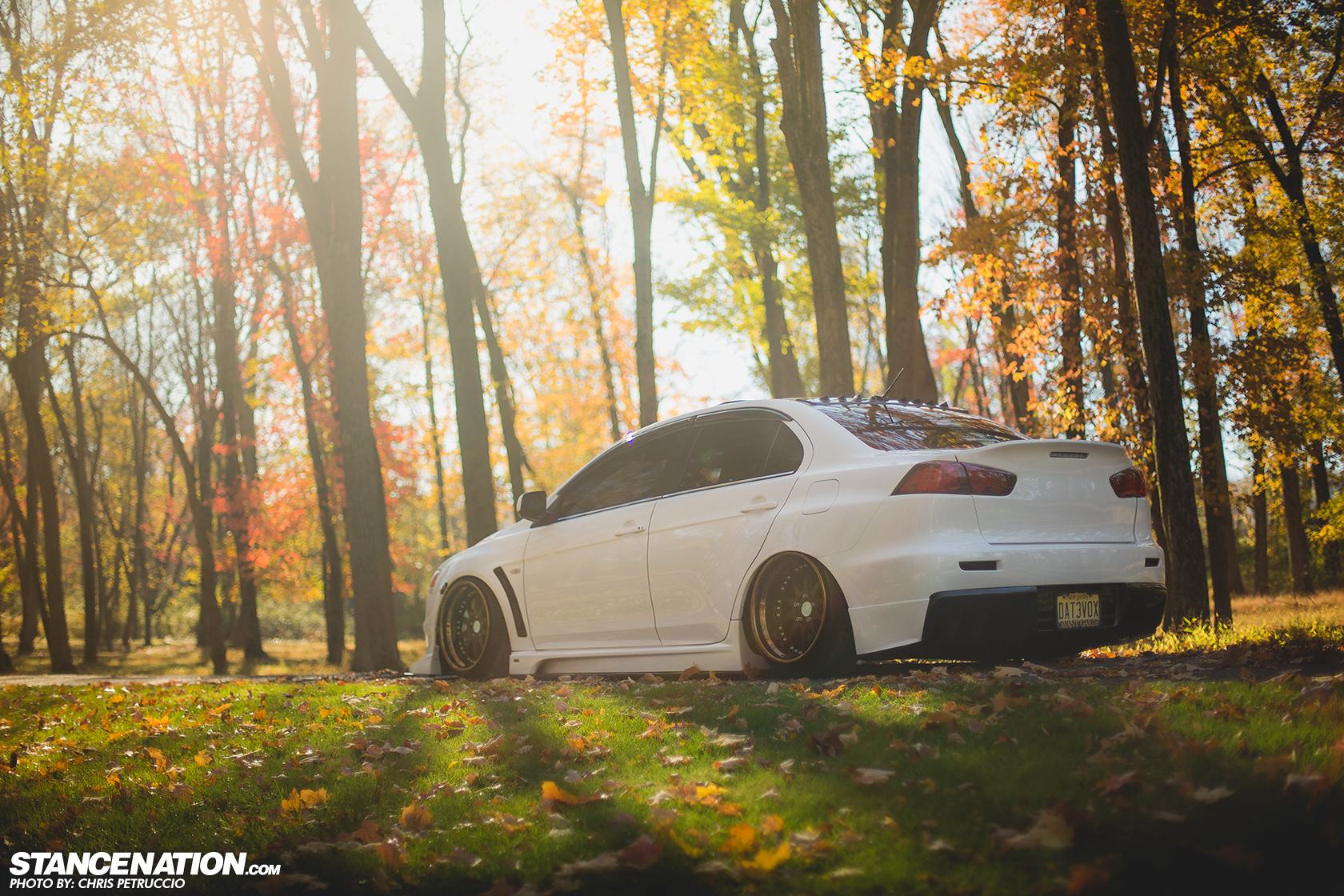 Harold may not have modified his Evo in the A-typical fashion, but he has made the car his own. Regardless to what all the naysayers throw at him, no one can deny how beautiful the car is as a whole. It looks just as good standing still as it does in motion. From the color-way of the wheels, to the sparkles of carbon fiber throughout, seeing Harold’s beautiful EVO will leave you in awe. 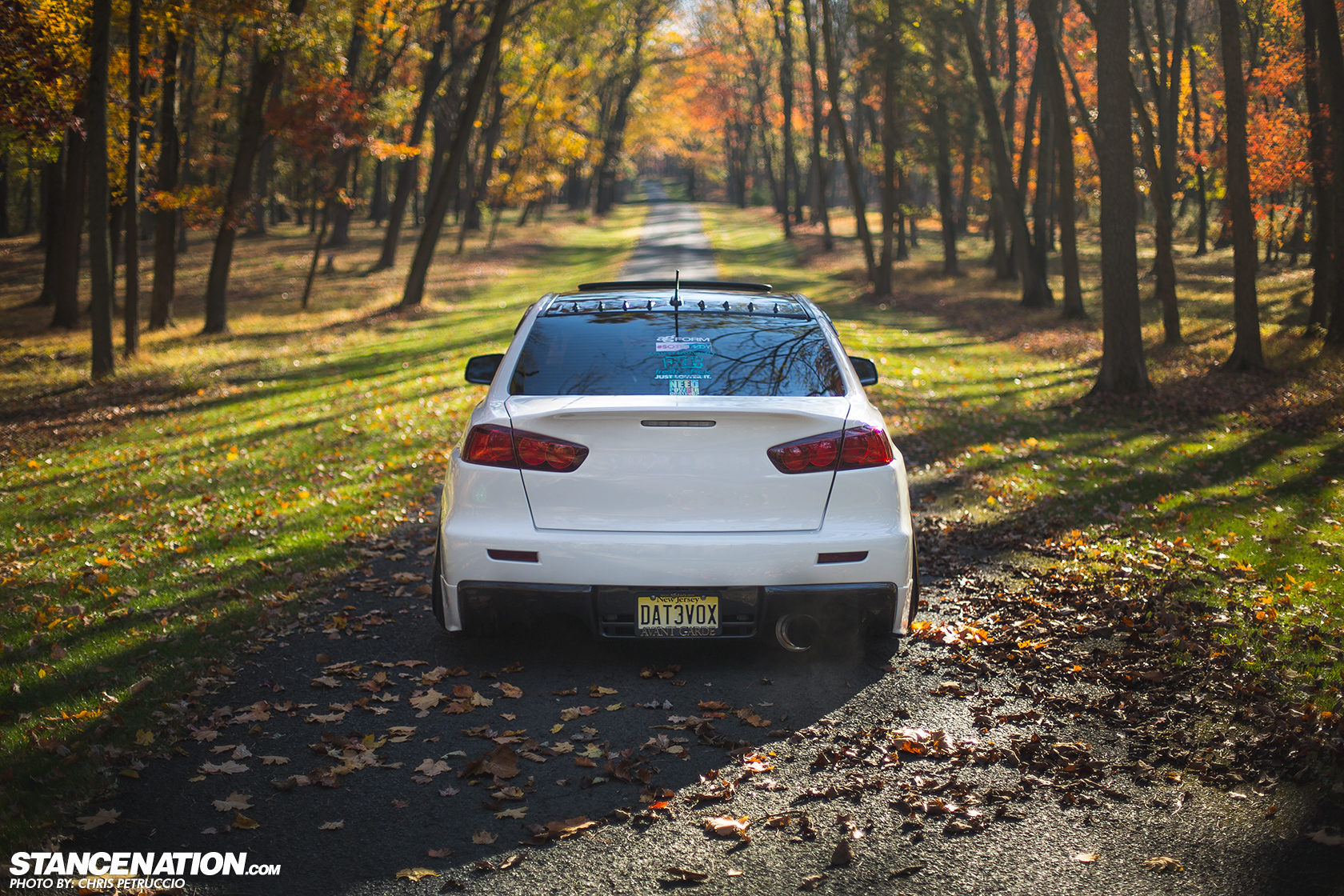 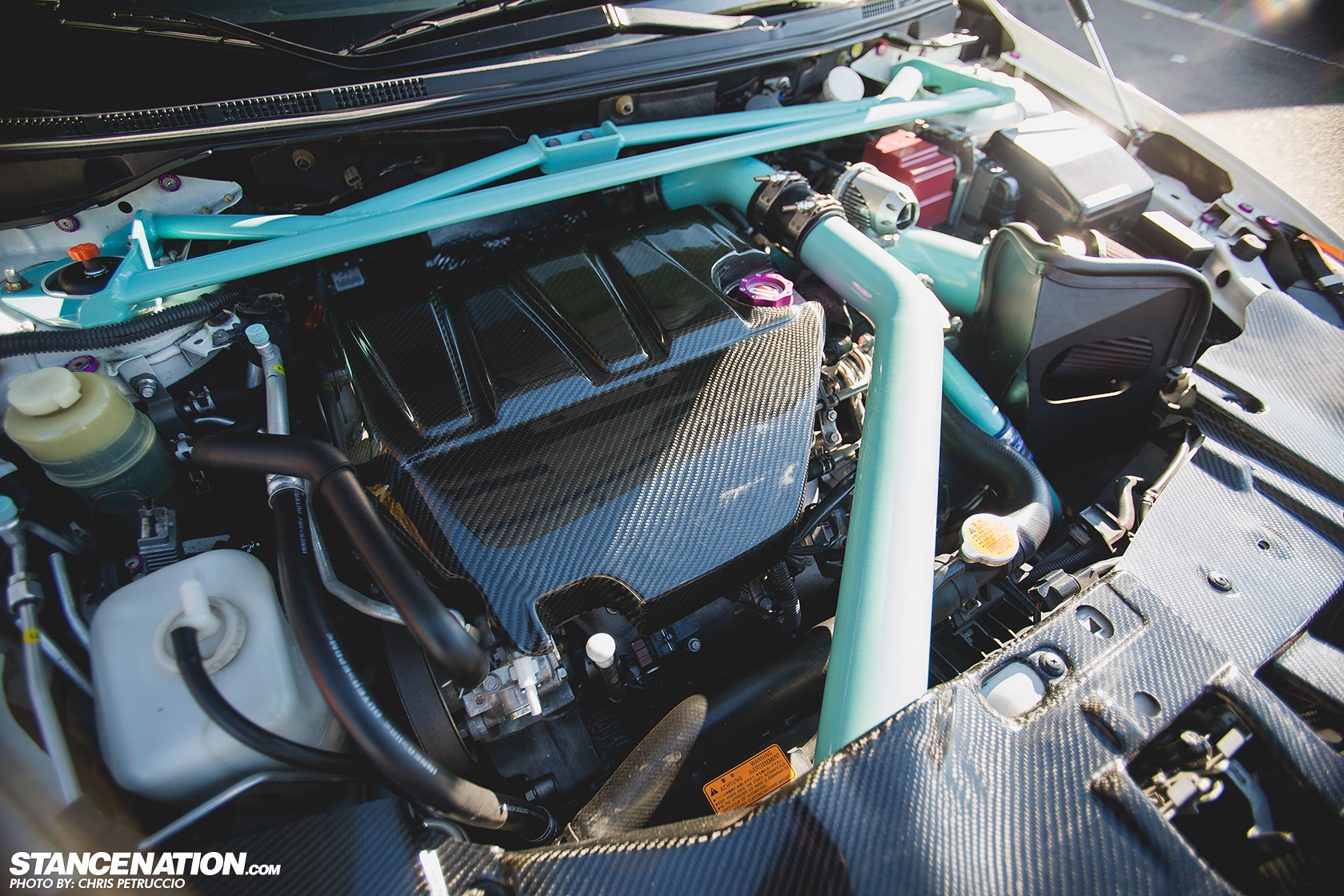 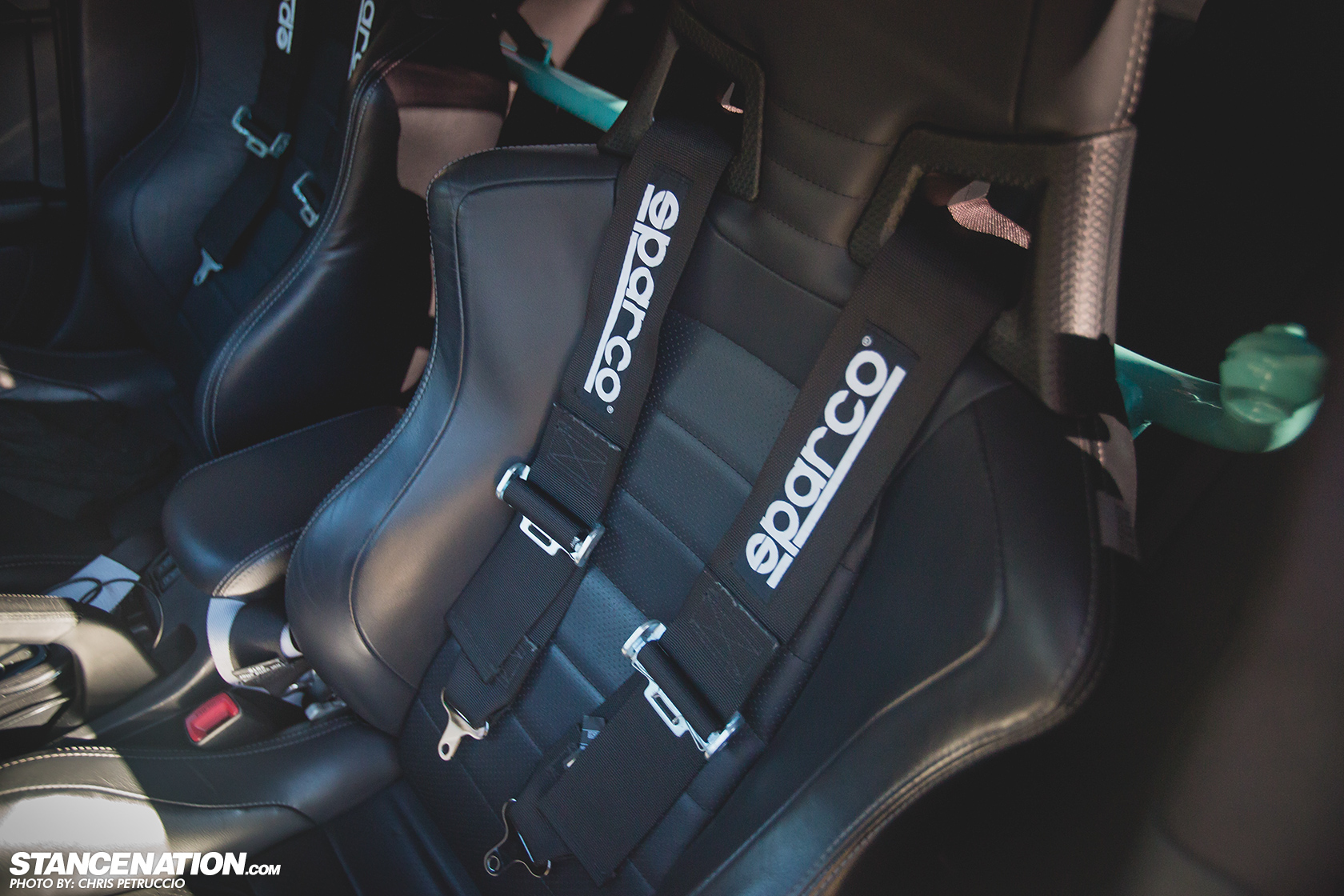 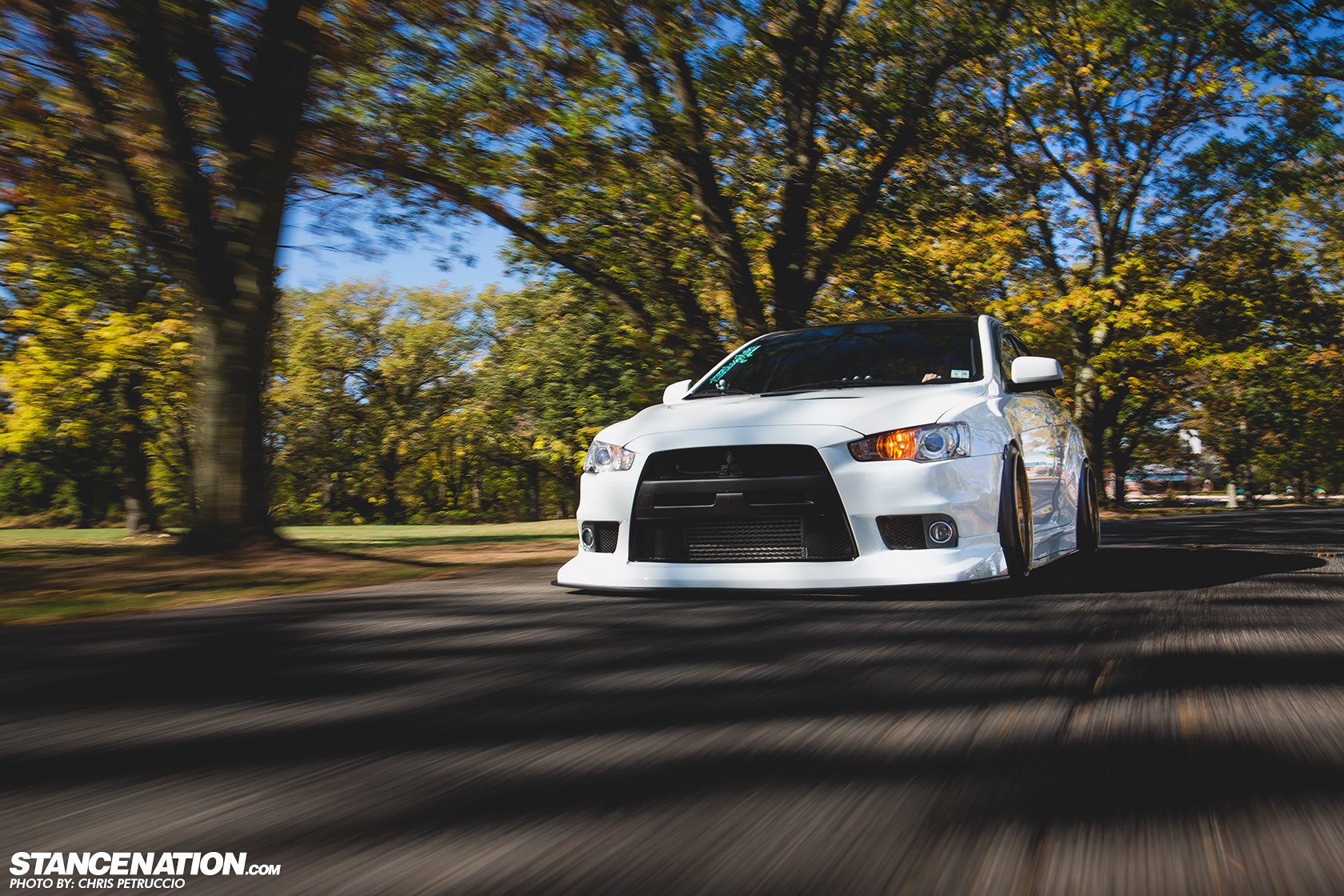 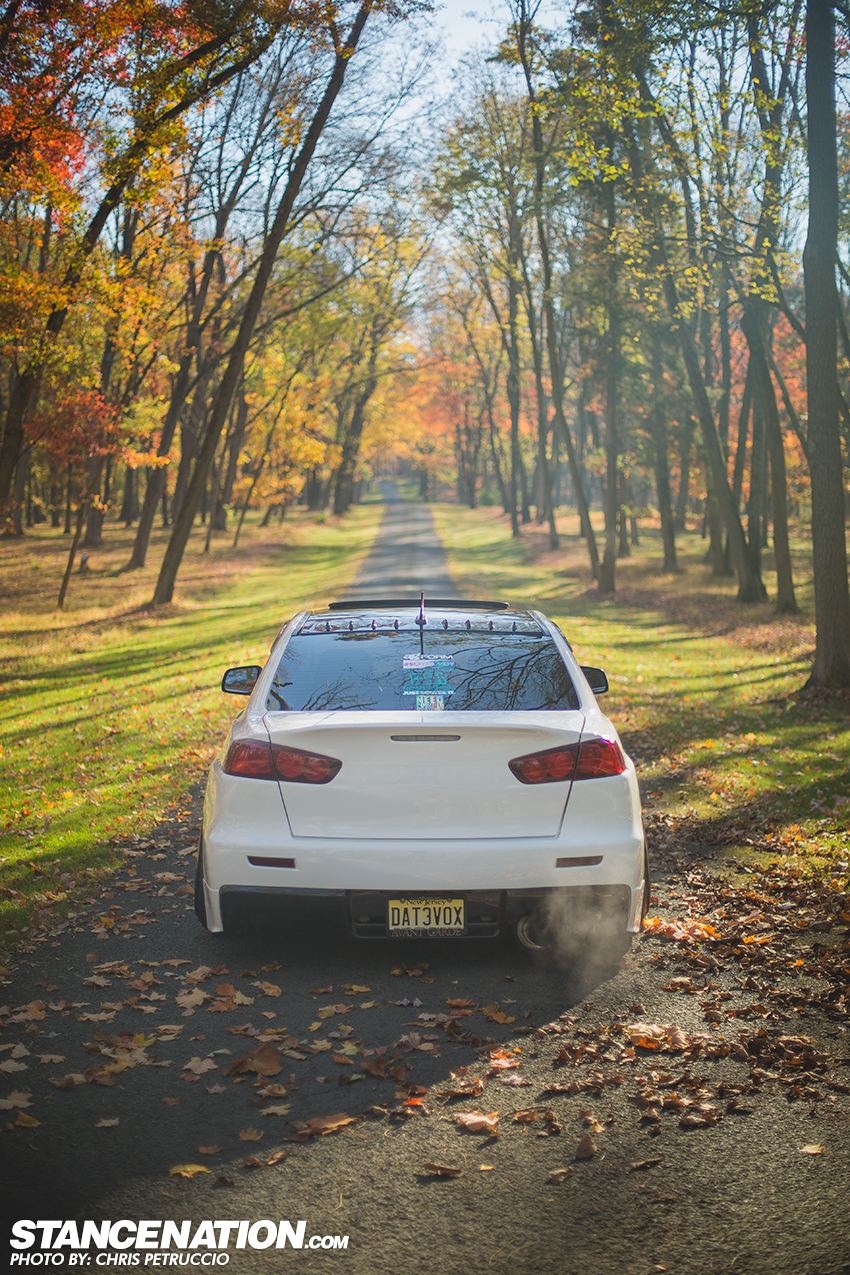 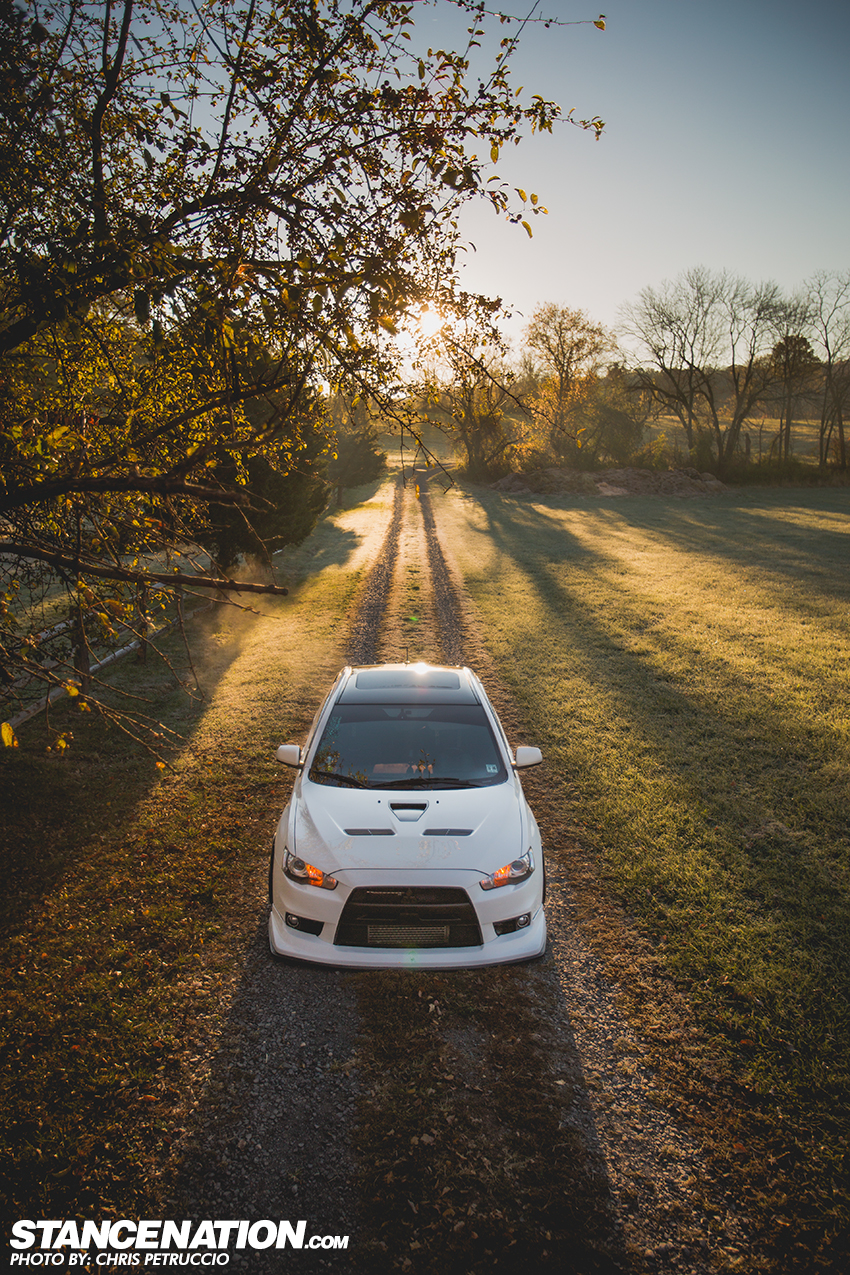 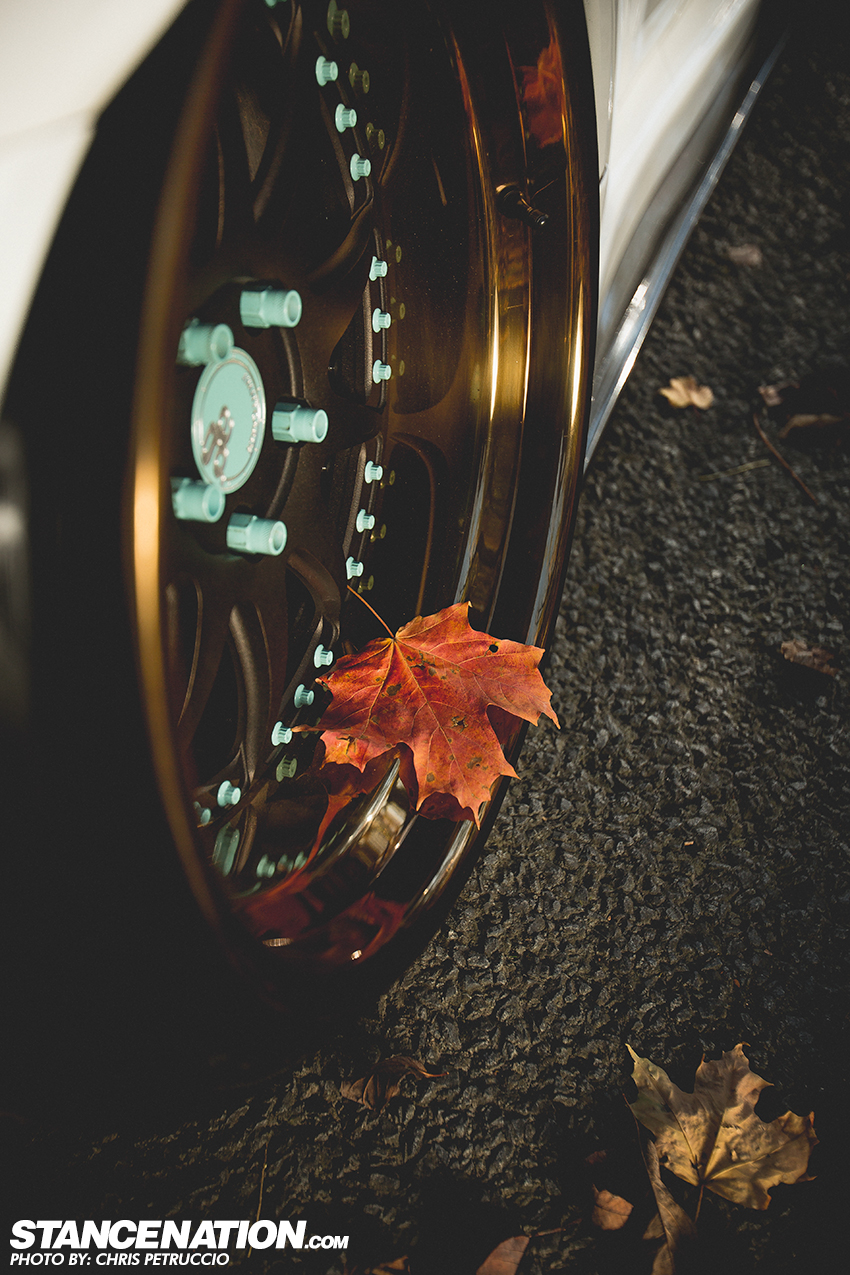 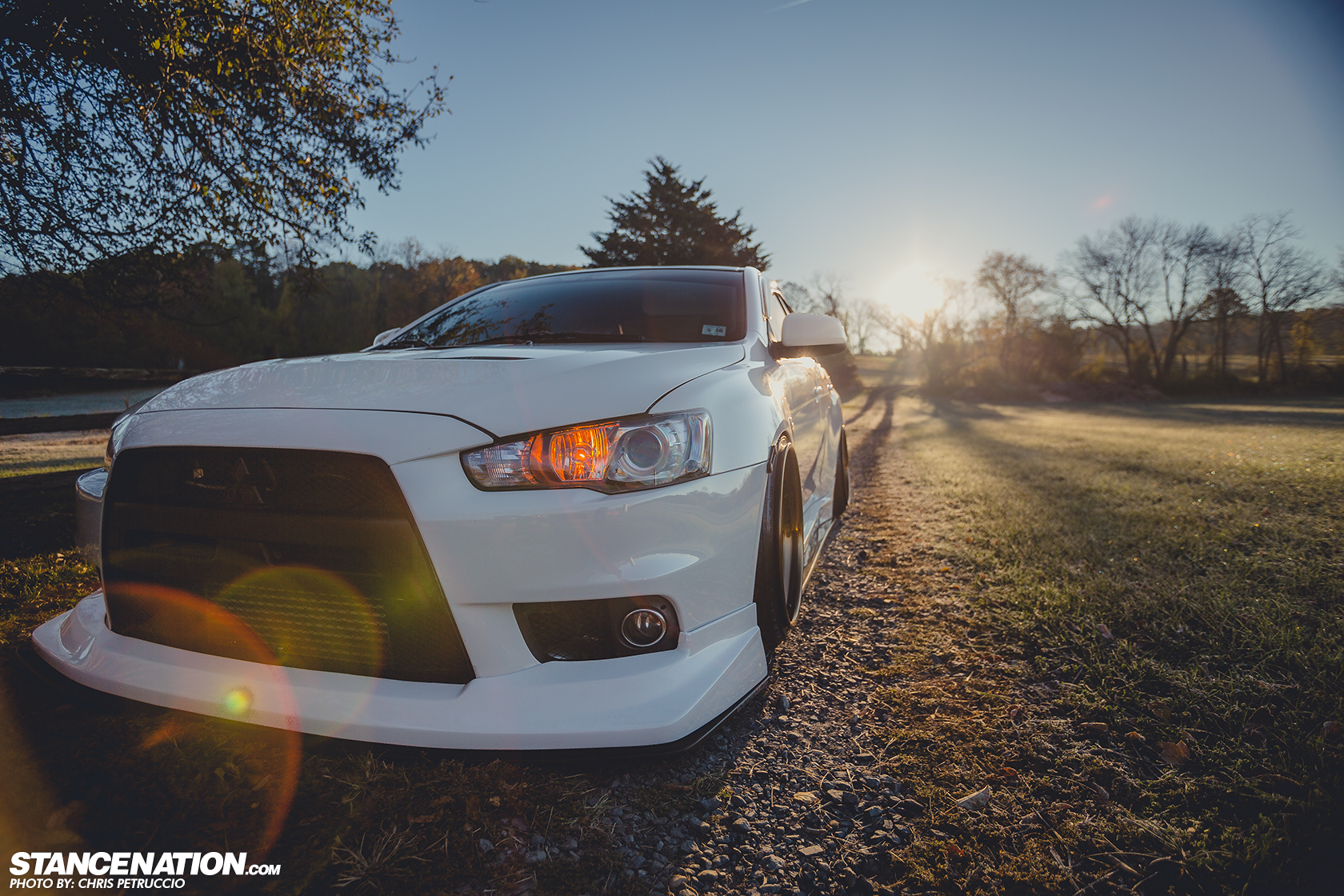