Meanwhile, in the middle of nowhere…literally. 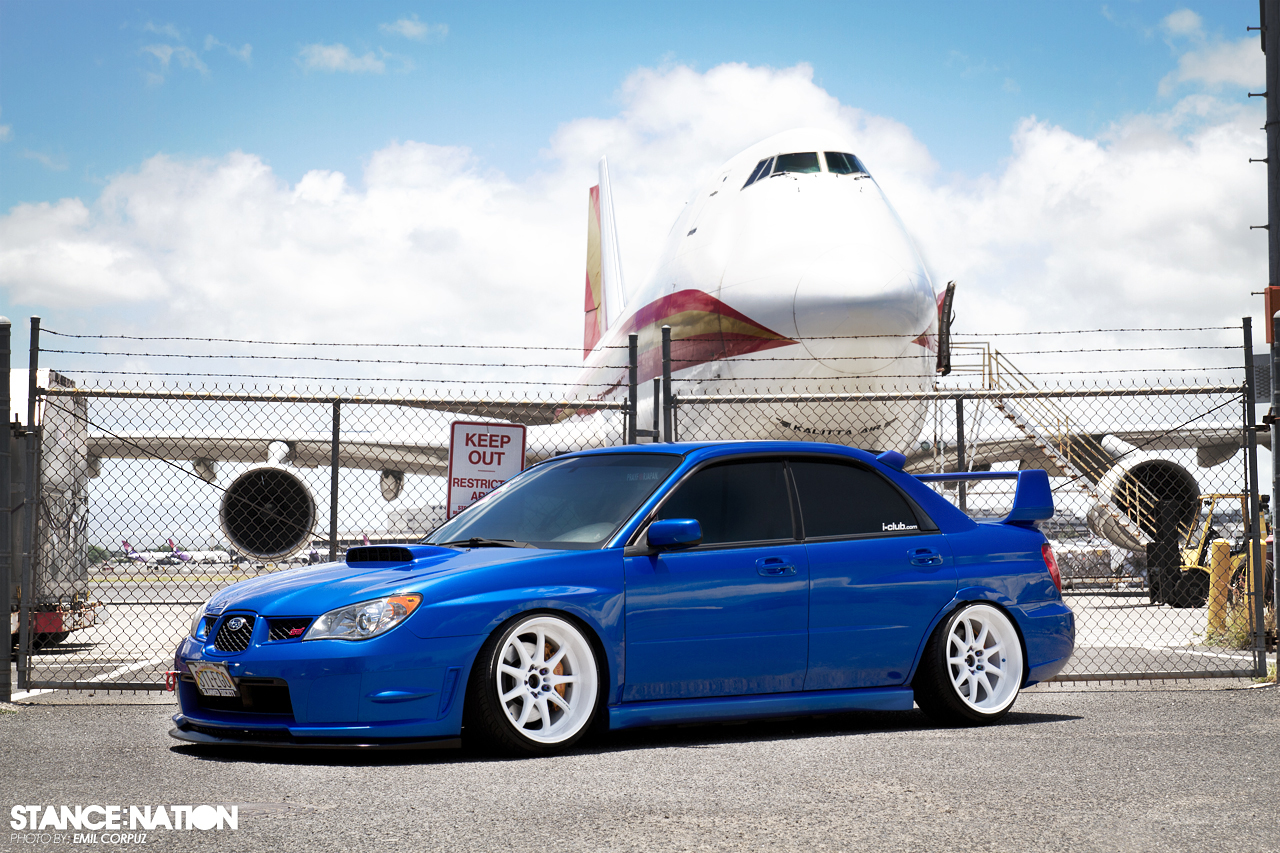 Sticking to what we do best, it is once again time to make a quick stop in Hawaii. This tiny state in the middle of nowhere has shown us numerous times that they have what it takes to build quality cars. Form, function, or both, whatever you are into, Hawaii has it. Meet Charles and his incredibly fitted Subaru STI. Daily driven, static and absolutely slammed! We’ve seen many STI’s in our time and only a handful are doing it as well as this one is, if that. Charles is here to prove to you that you don’t need the widest set of wheels or sit closest to the ground to look good. It’s all about knowing what you’re doing. Thankfully Charles agreed to show us how it’s done, so sit back and enjoy! 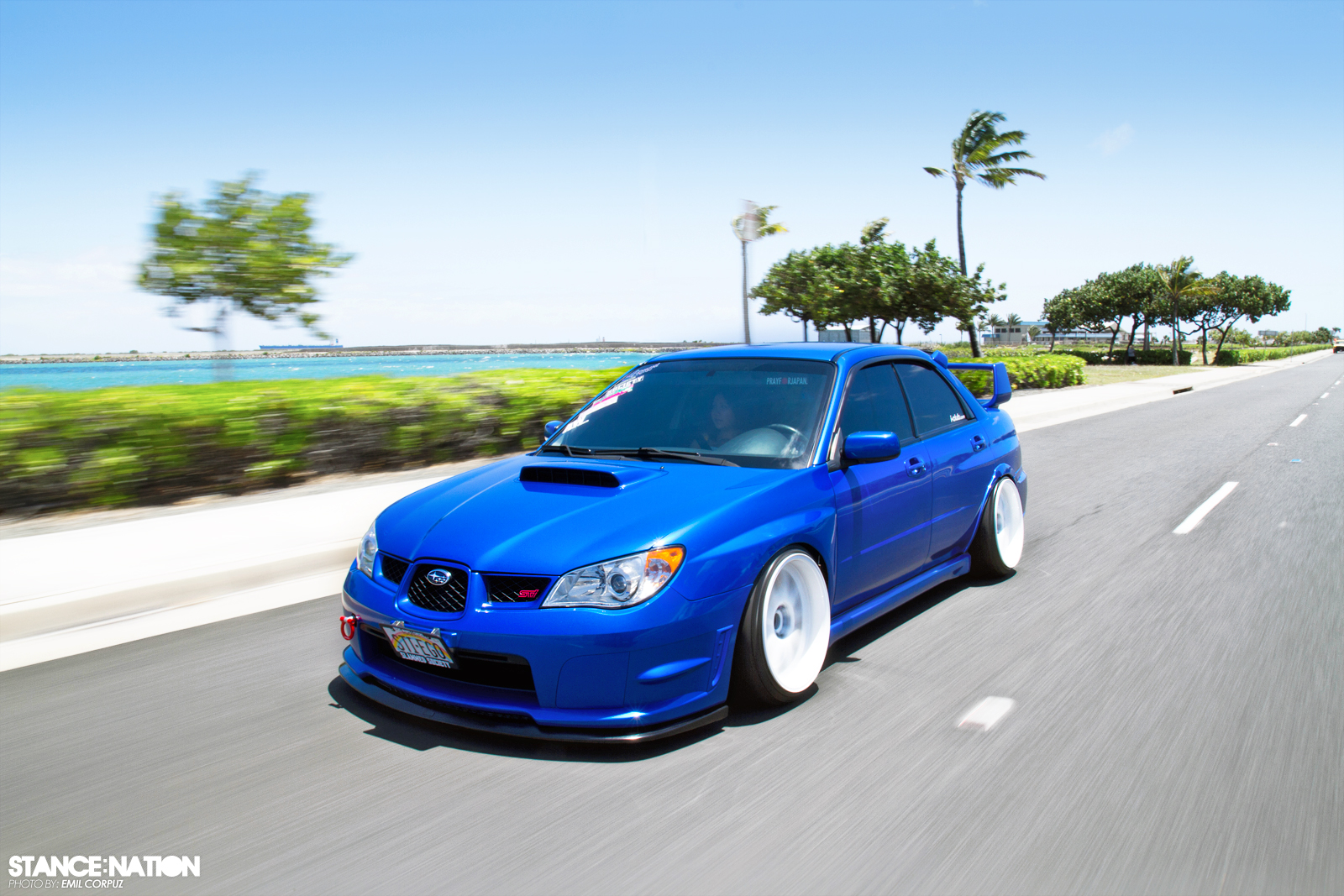 Living this “low lifestyle” certainly came with a price for Charles. One of the biggest issues he has had is the cracking of the rear fender flares. He tells us that he has gone through three different sets of flares already! It’s pretty obvious by now that he is starting to get used to it, as upon further look at the flares in these photos we noticed that they’re cracked again. However, seeing a photo as the one above easily makes up for it! This thing is so wide and low it actually looks as if it was planted into the ground. We’re sure you’ll appreciate some specs of it’s fitment so we’ll include that below for you. 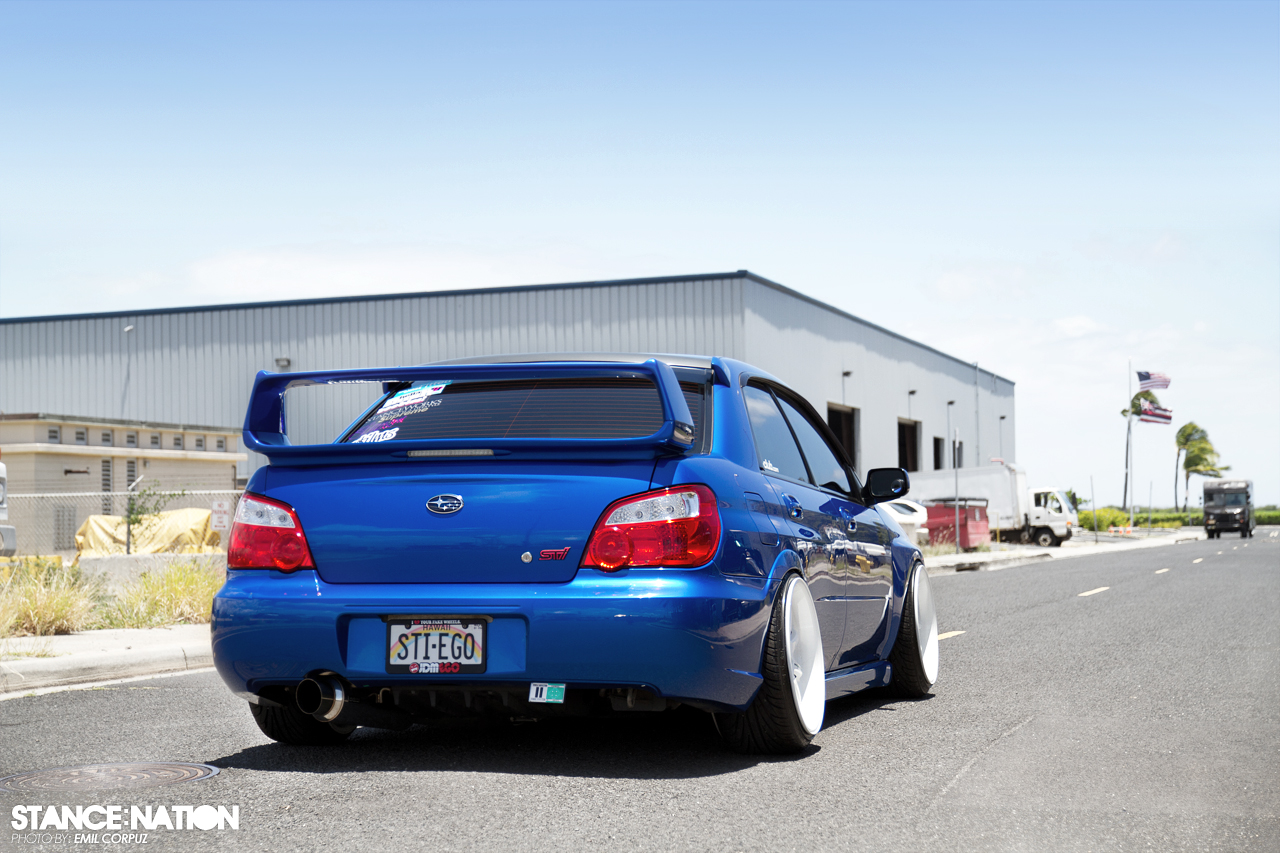 Where do we even start? How about that sexy exterior? Seeing how the front lip is just mm’s away from the ground and takes a beating 24/7, Charles settled for a V-Limited replica one. We’re not sure why nor are we going to question it, but he also swapped his sideskirts with ones from a WRX. It looks clean and simple, that’s all we know! Lastly, a Tow Hook was added and a set of JDM Rain Guards for that “finishing” touch. Just like many cars out there, it doesn’t take much besides a nice drop and wheels to make it look REALLY good. STI’s definitely fall in that category in our opinion. Hit the Read More button for more photos and some spec #’s of the incredible fitment you see below! 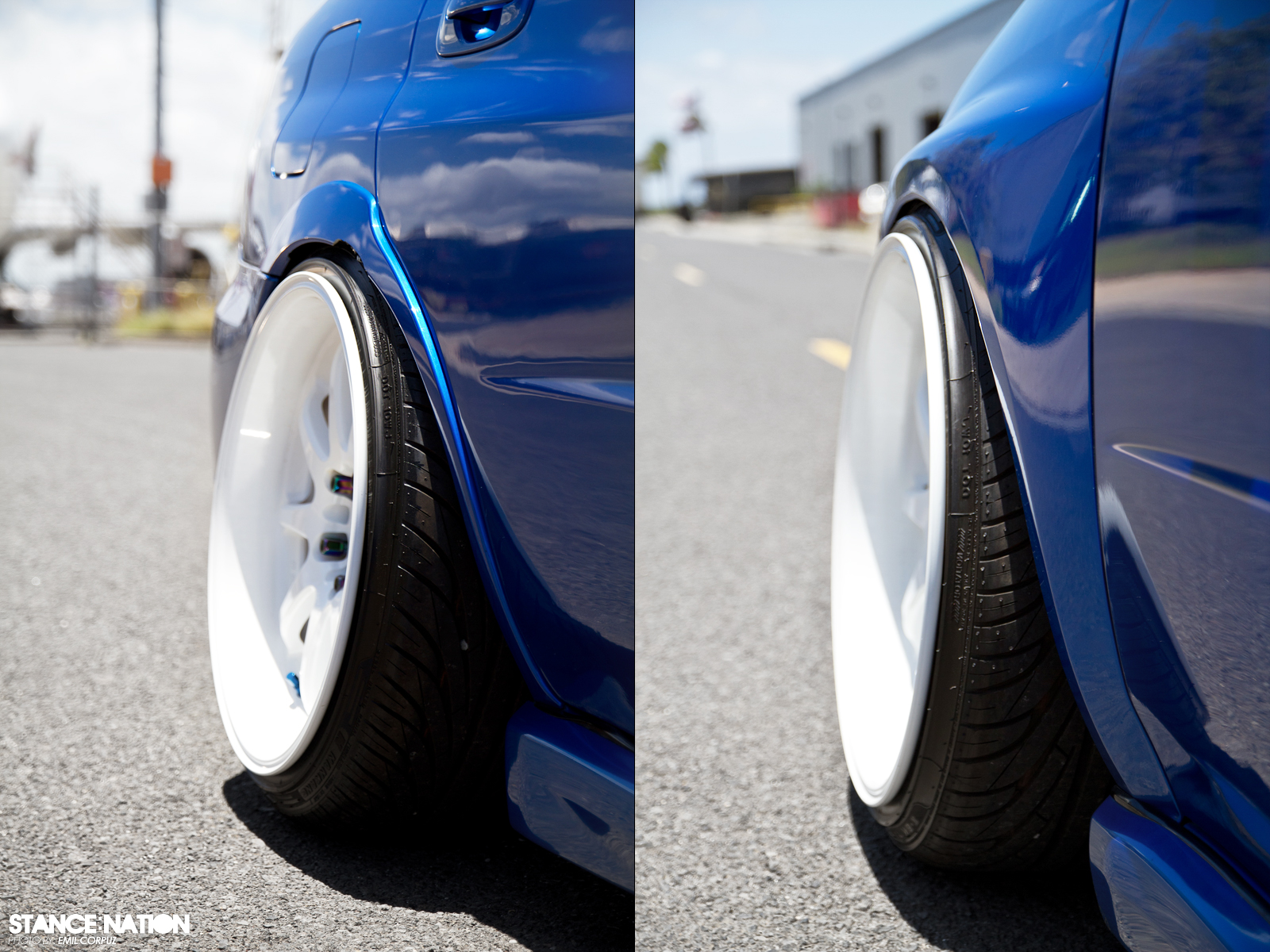 As you can tell it’s more than just a simple mounting of wheels to achieve the fitment above. Camber, offset, width, height, stretch, the list goes on. Charles’ wheel of choice were the famous Work Emotion XD9’s. They were given to him by his awesome wife when they got engaged. They are 18×10 all around with a +10 offset wrapped in a nicely stretched 225/35 Nankang NS2 tires. He wanted to bring out more detail from the wheel area then so he added some Project Kics NeoChrome lug nuts. For his suspension, it took more than just the Stance LX+ coilovers. White line Camber/Toe, Lateral Links, Perrin rear end links, a set of SPC camber bolts, GTSpec front strut bar, and Cusco Rear strut bar are just a few things we can name. With that said, we can imagine this thing handling pretty well when driven hard. With many go-fast goodies under it’s hood, we’re certain that this car has an even wilder side than what we see in these photos. Oh you STI owners, you never disappoint! 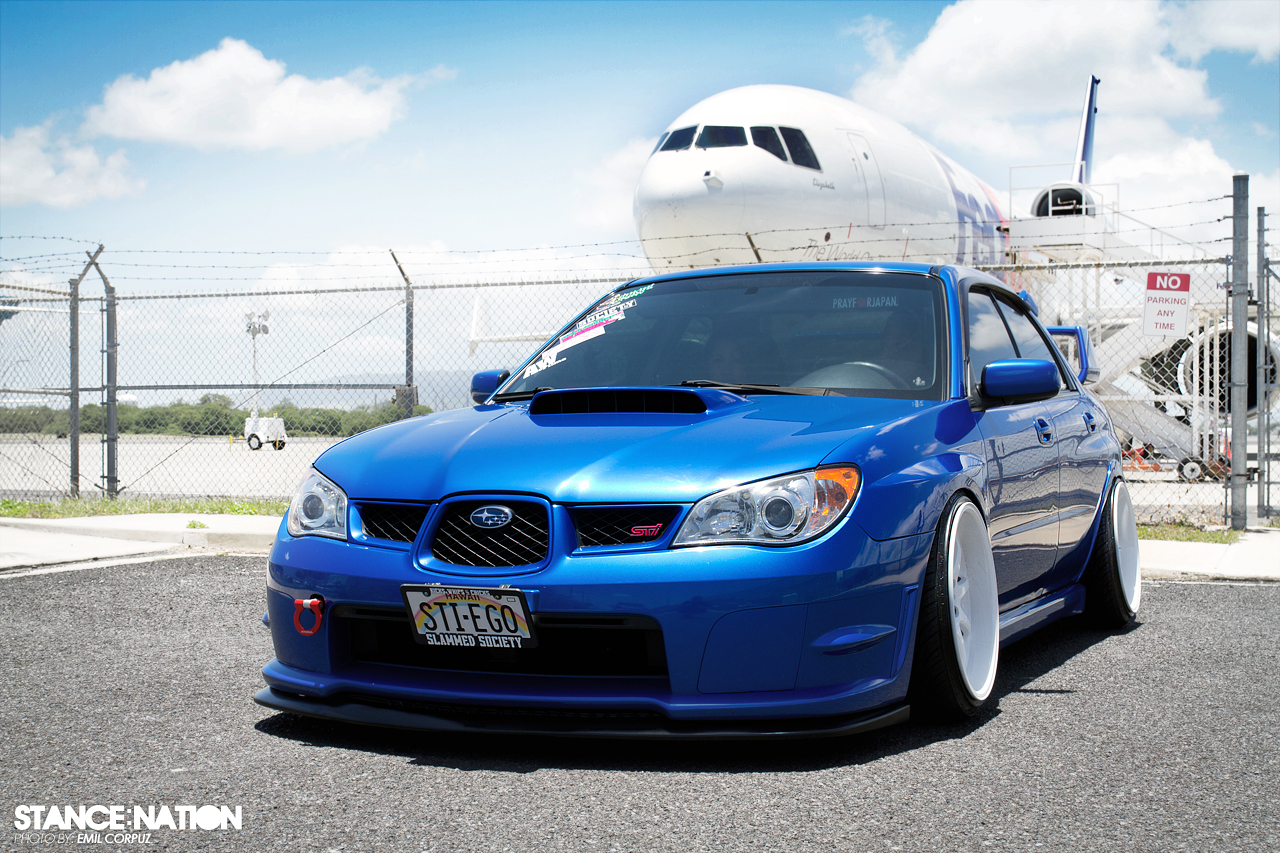 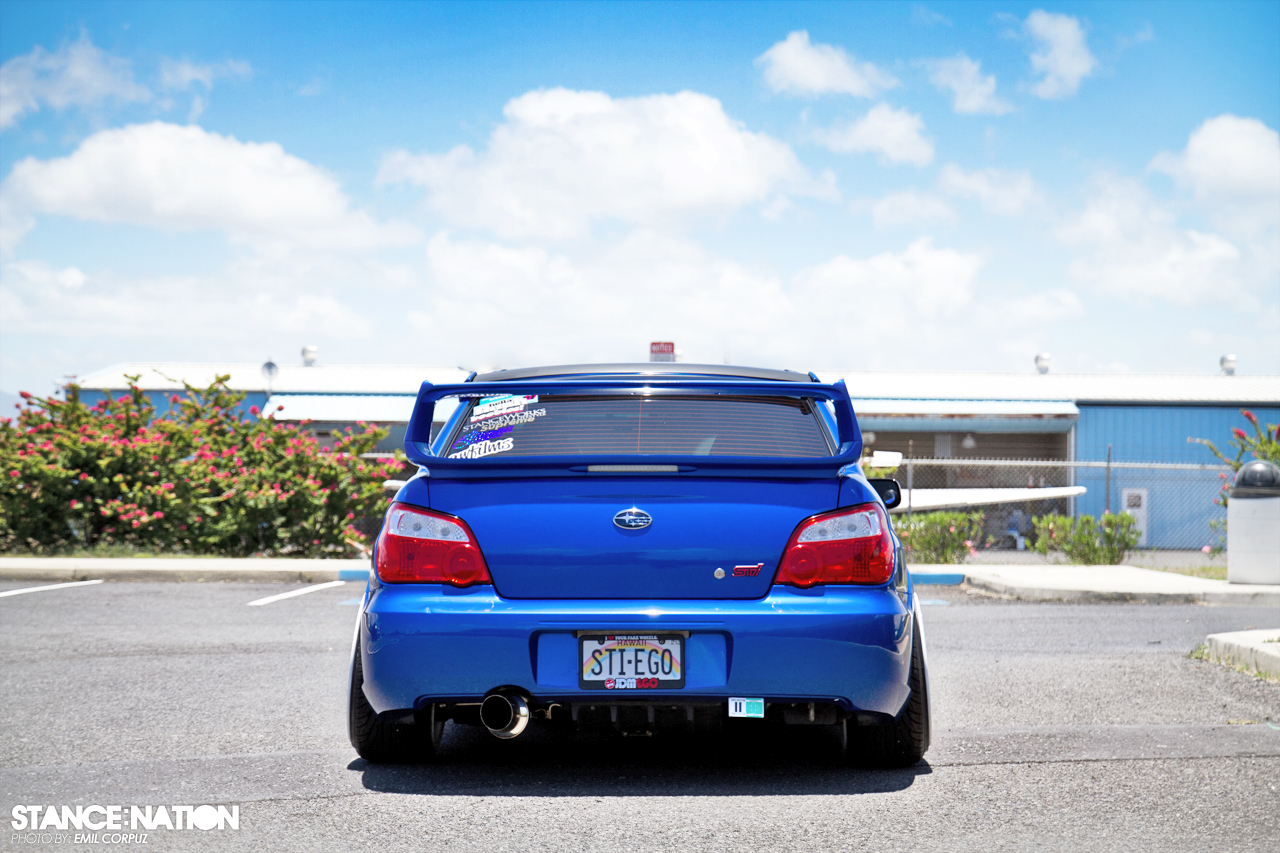 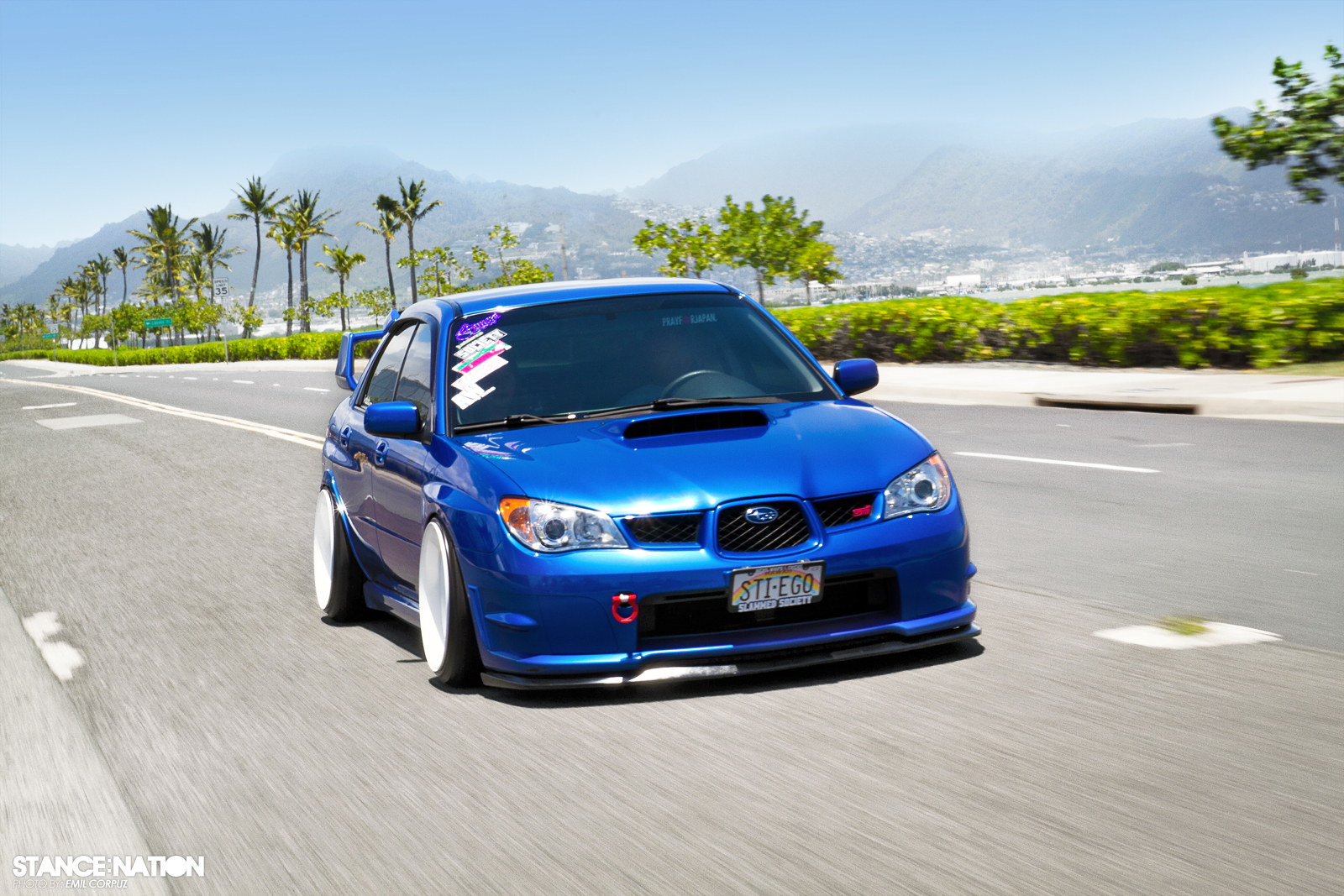 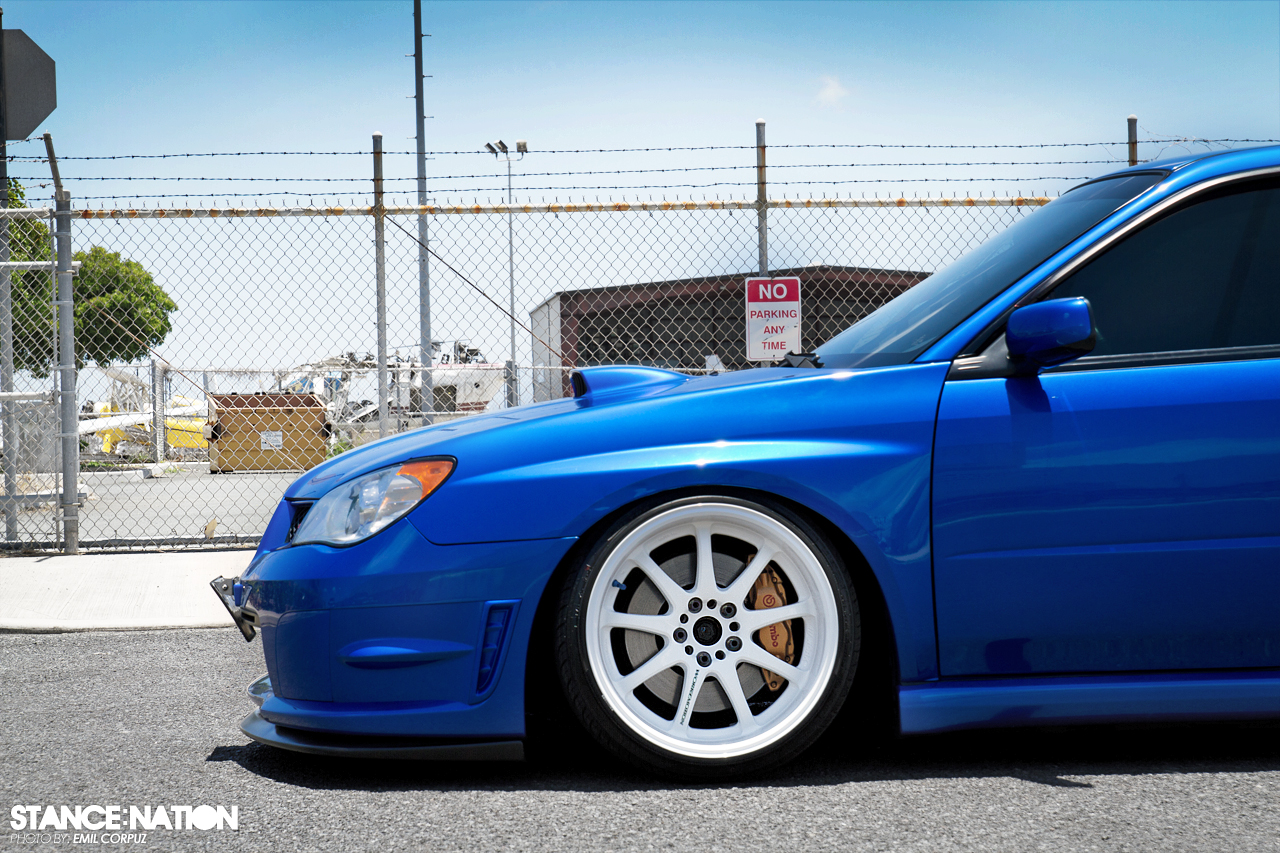 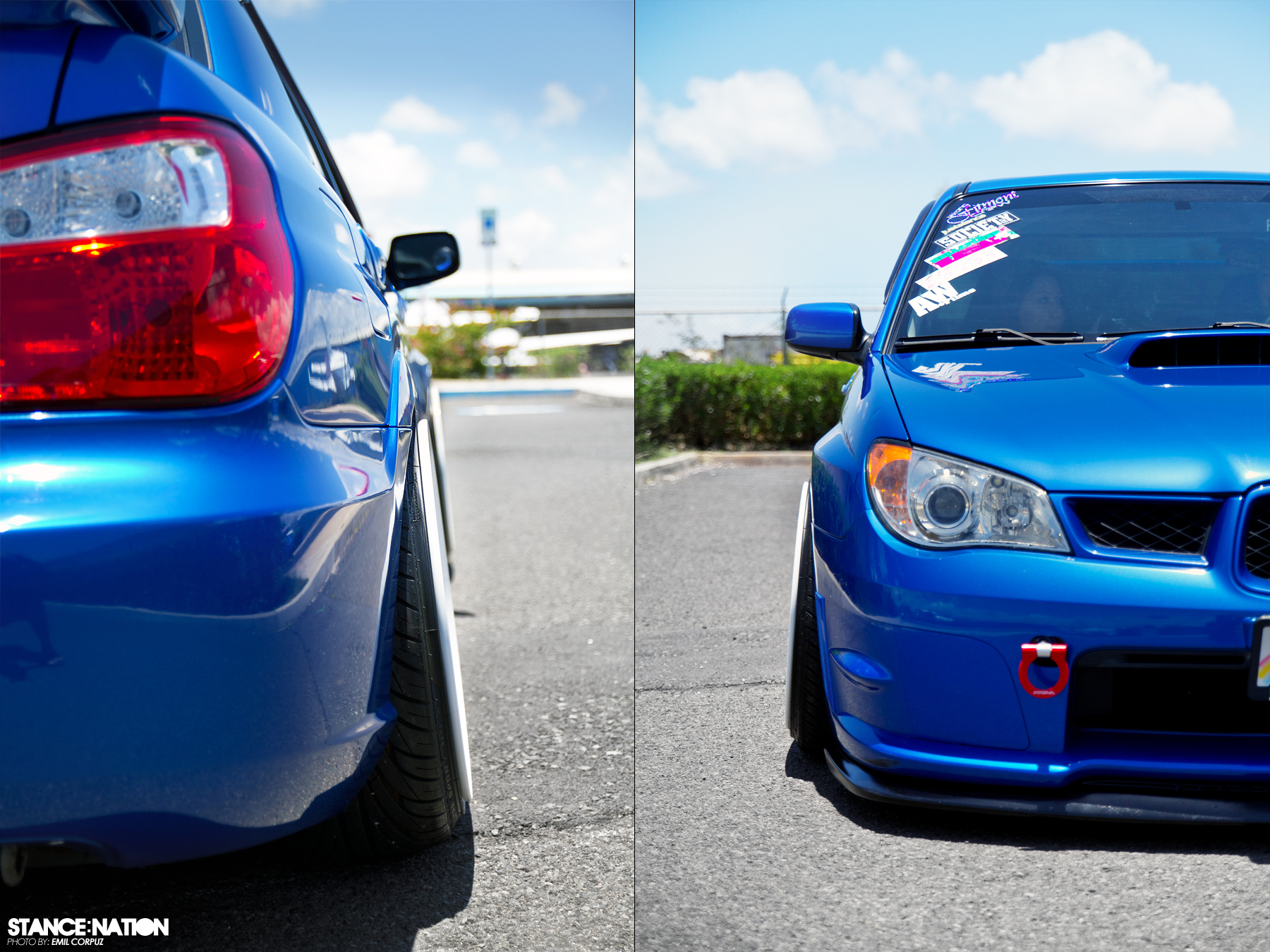 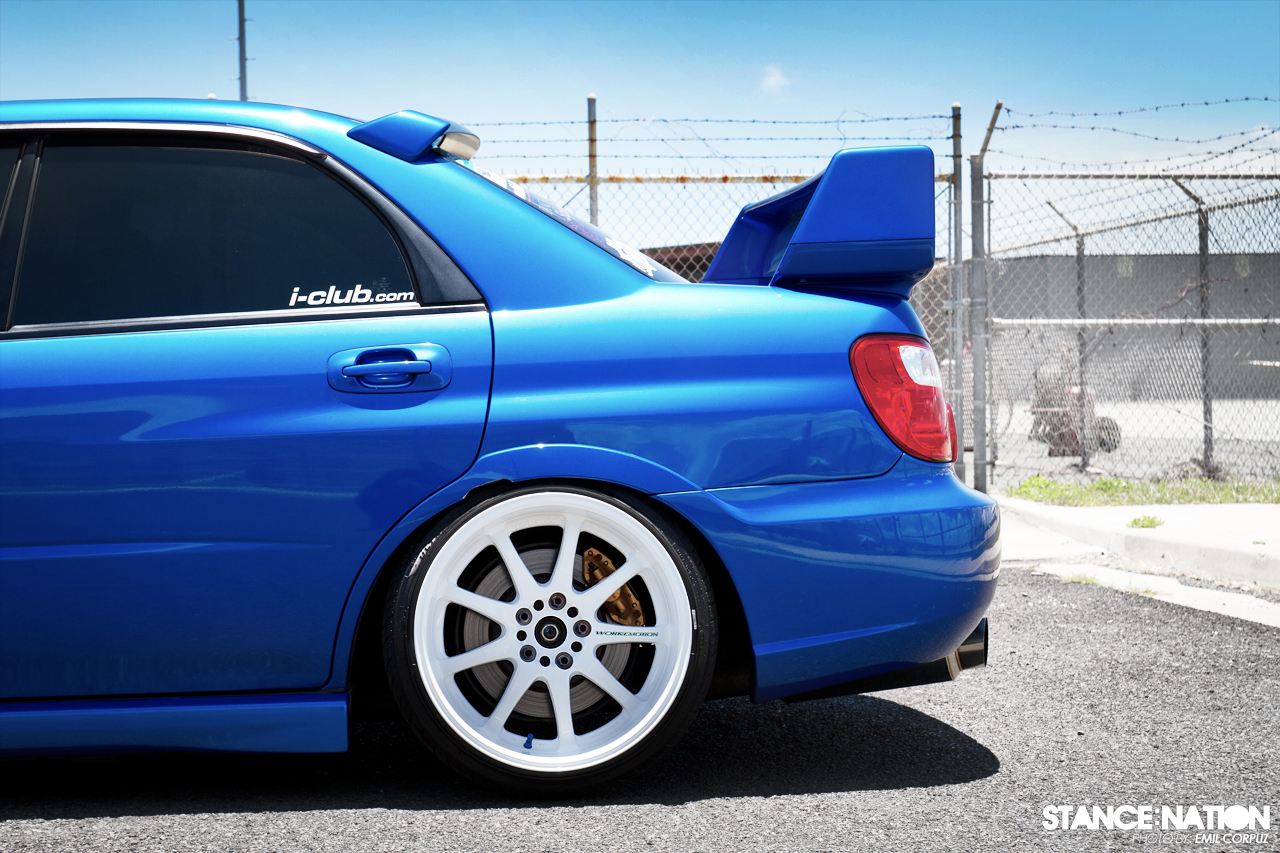 Before we wrap things up, we would like to thank Charles and his wife, also our incredible photographer Emil Corpuz. Let’s not forget the I-club.com and one of our favorite forums, the wrongfitmentcrew! We’re as honored as we can be and we hope you enjoy this Subaru as much as we do. Like always, we’ll leave you with some more photos for your viewing pleasures. 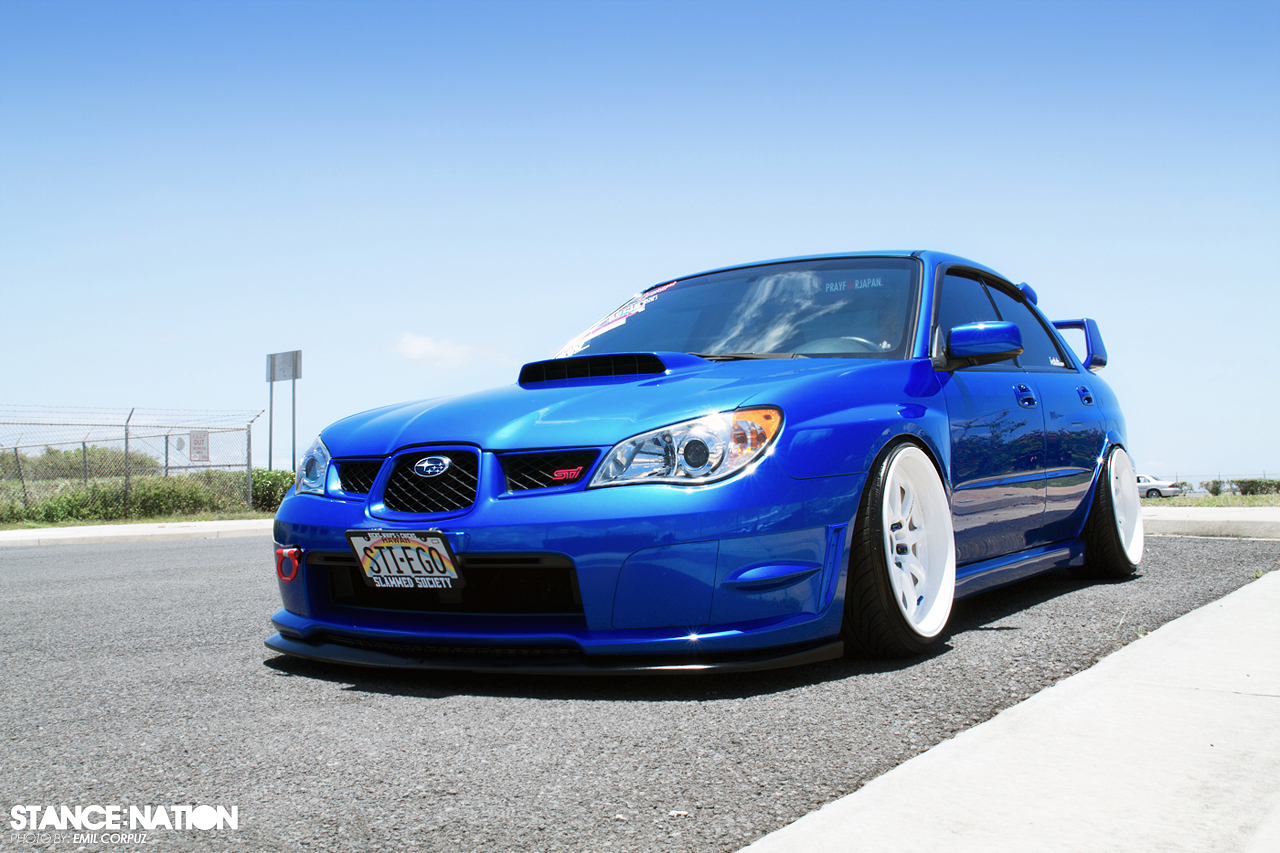 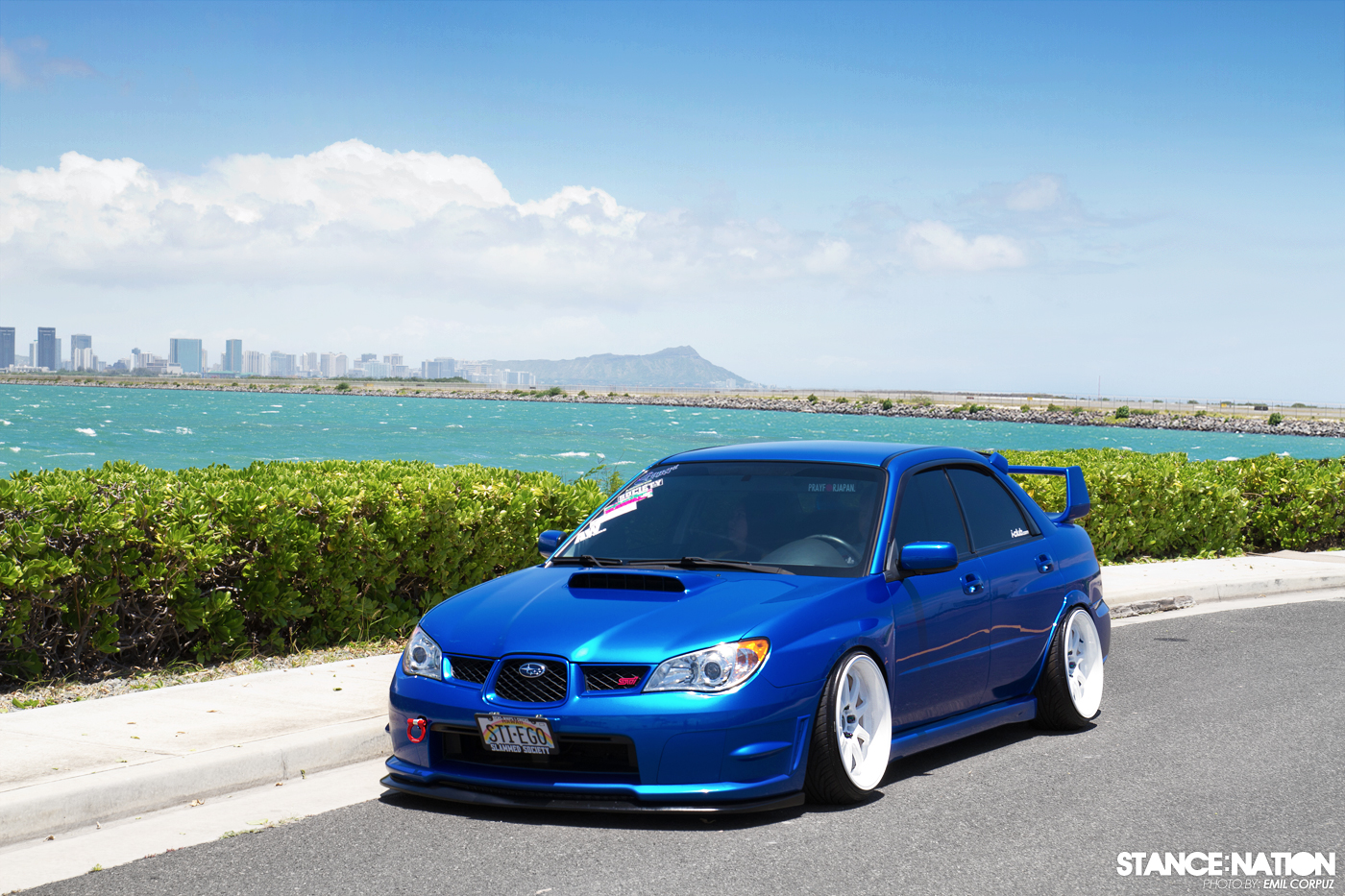 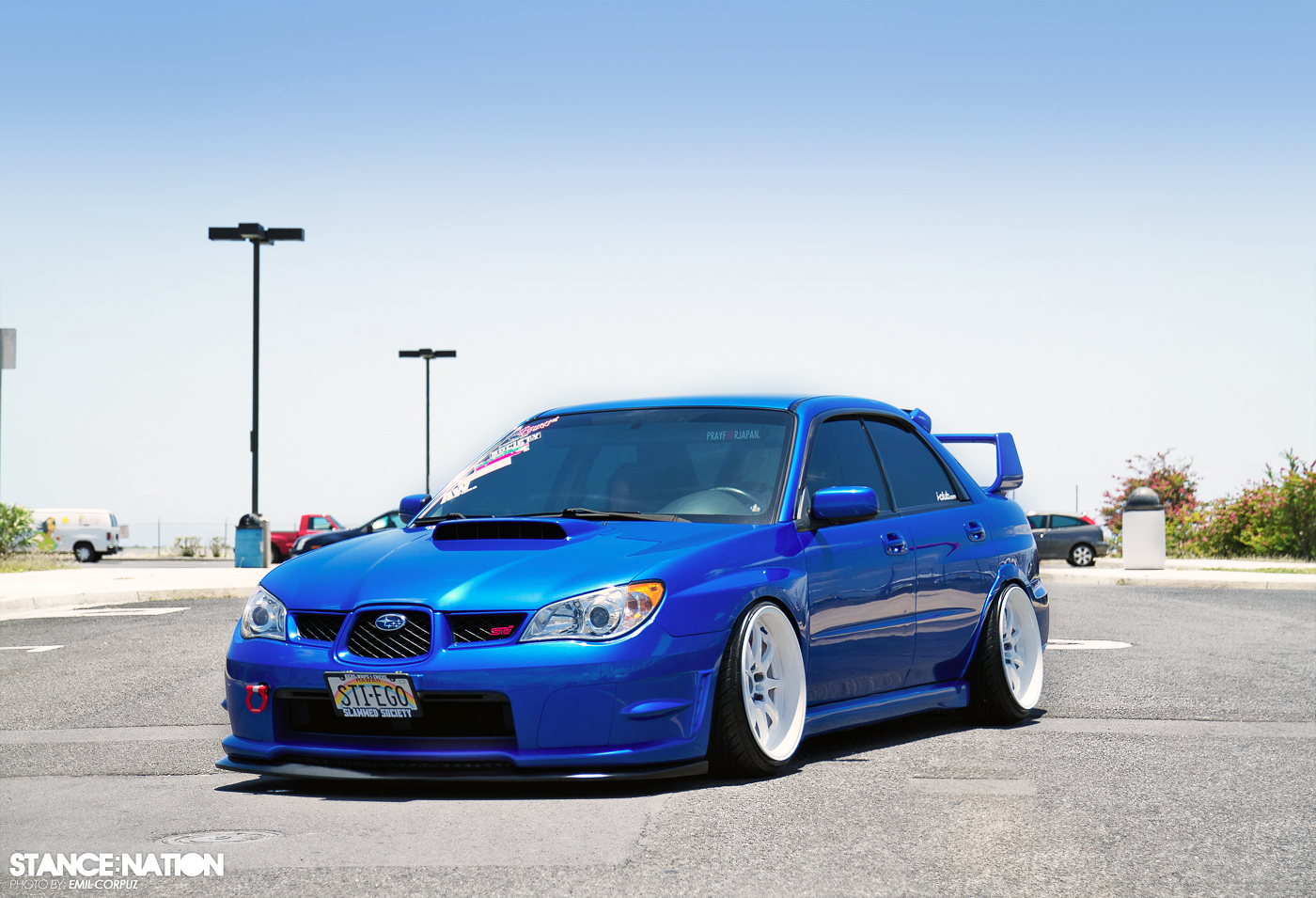 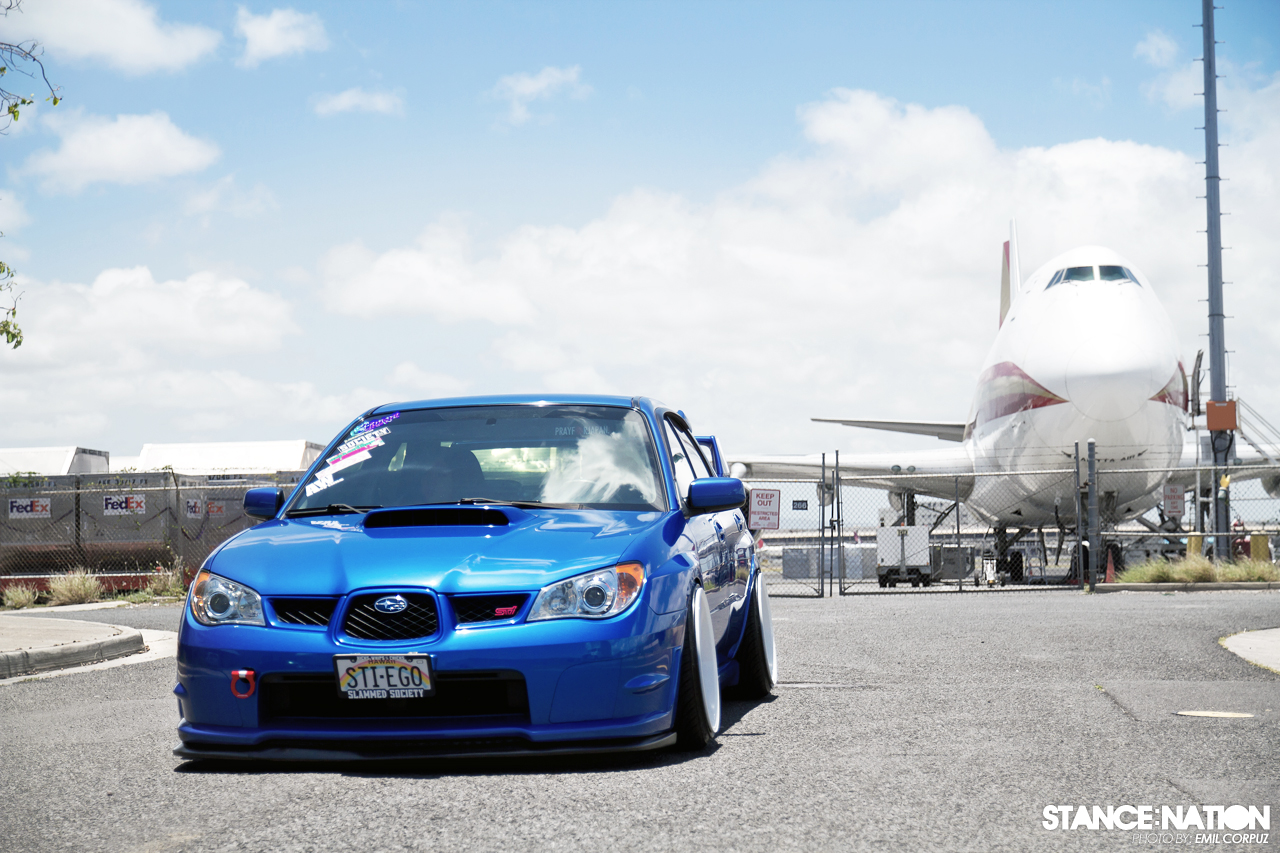