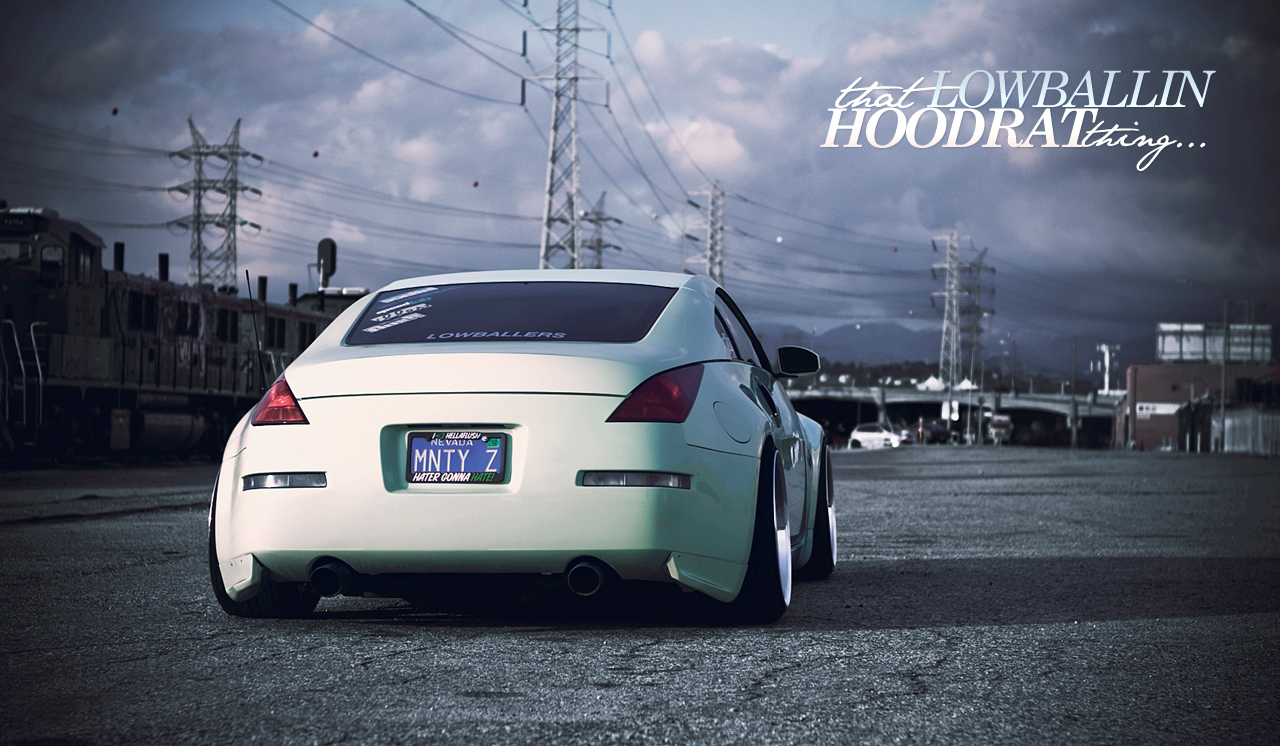 Imagine buying a car that was completely gutted and stripped, it’s engine absolutely destroyed, and bringing it back to life in just a few months, all by yourself. That’s the story of Miguel and his Nissan 350Z. Previous owner of this Z was heavily into racing, so not only did he strip the interior to “save weight”, but whatever was was left of the stock motor was completely fried. Luckily Miguel knew what he was getting himself into, and just a couple of months later, he managed to not only put in an 07 G35 Vq35de motor in, but he took the whole car apart and decided to start fresh. While it’s not quite done yet, we thought it was a pretty good idea to show off it’s current stage and all the hard work that’s been put into it so far. Who knows, maybe it’ll motivate Miguel to work even harder on it! 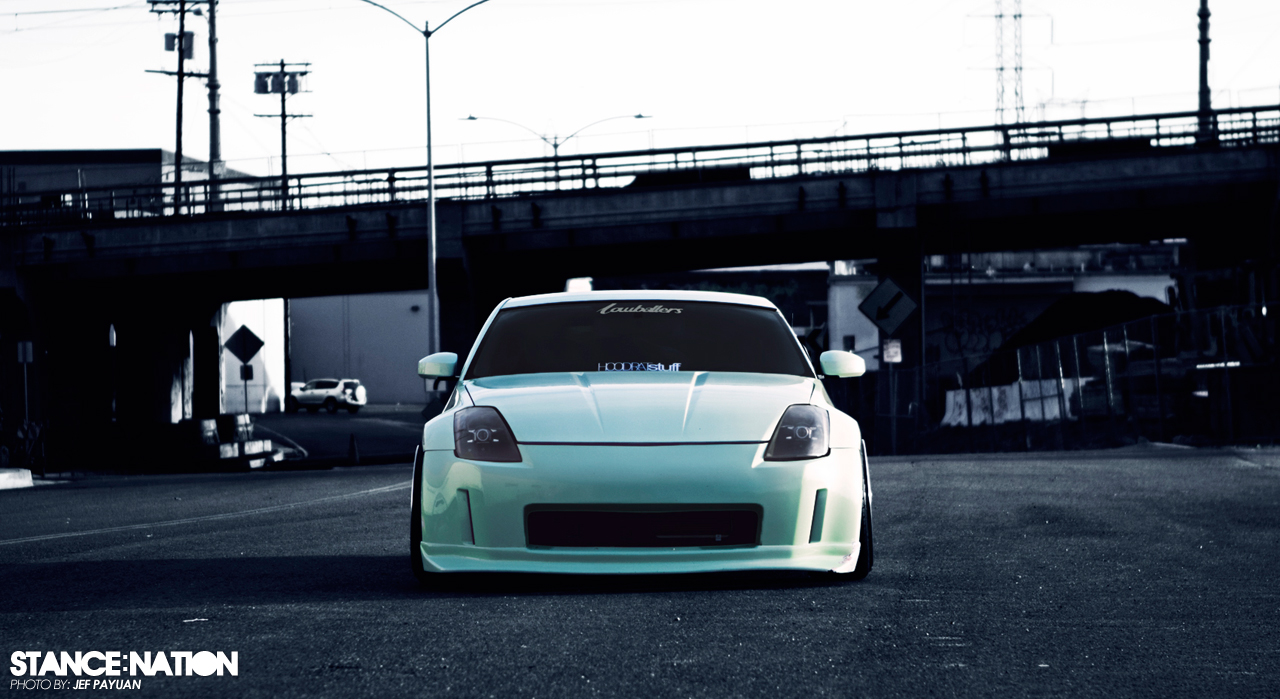 We respect Miguel for doing majority of the work himself, and as a matter of fact, everything has been done by him except the actual “paint” stage. As you can tell by the plates, Minty Z is it’s “name”, due to the obvious reasons. However, since Miguel rolls with a couple of our favorite crews (Hoodrats & Lowballers), we gave it our own name! Back to it’s story though… 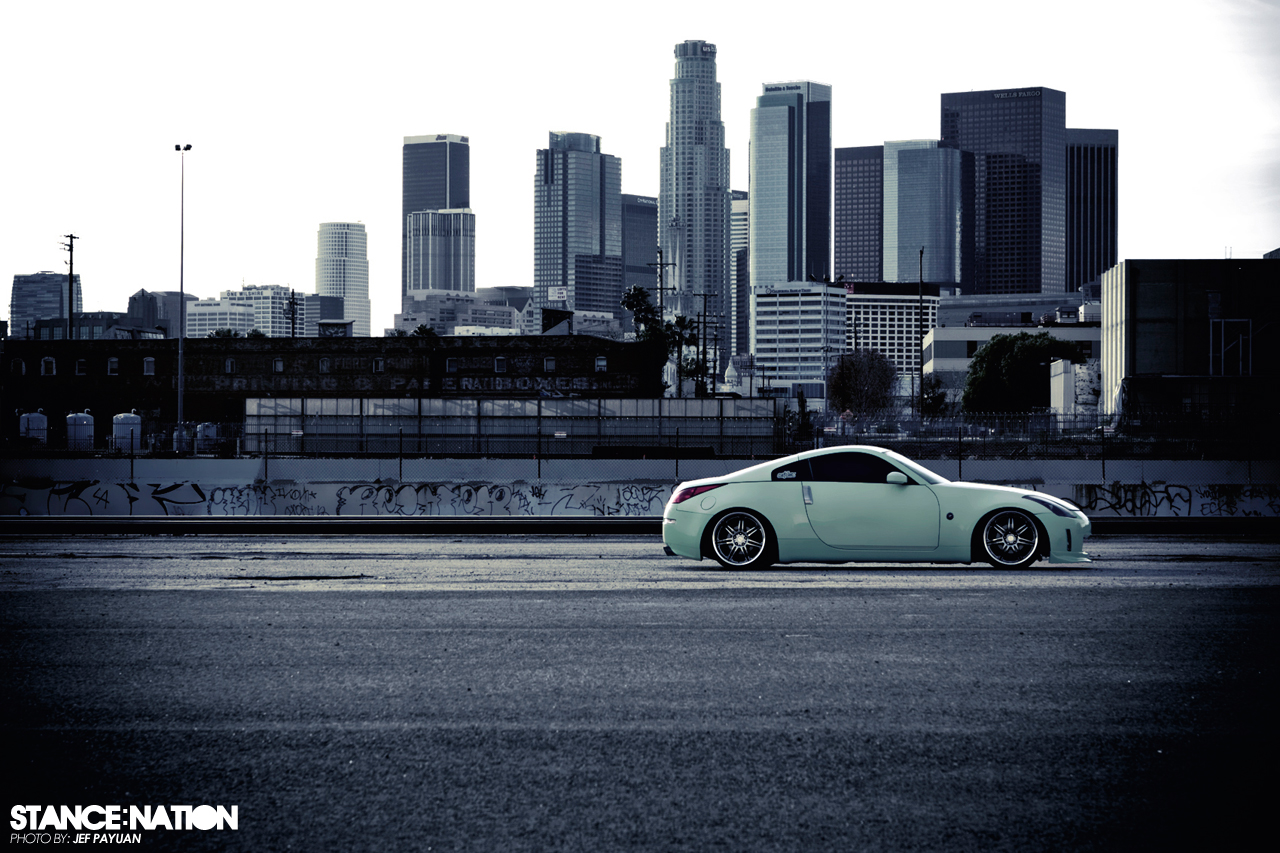 When the car came back from the paint shop, it was time to get the fitment down. Buddyclub & Work were the names; 19×10 (-10) & 19×11 (-15) Varianza T1’s in a black chrome finish. When that was done it was time to slap some kind of lip on. Miguel decided to go with the relatively simple NISMO lip kit up front, as well as rear. As you can tell in some of the pictures, he had some issues with the painter not being able to color match the kit, but don’t let it bother you. As soon as the finances are there, you can expect a fresh new coat of paint. Hit the Read More button for some more pictures of this Minty Z. 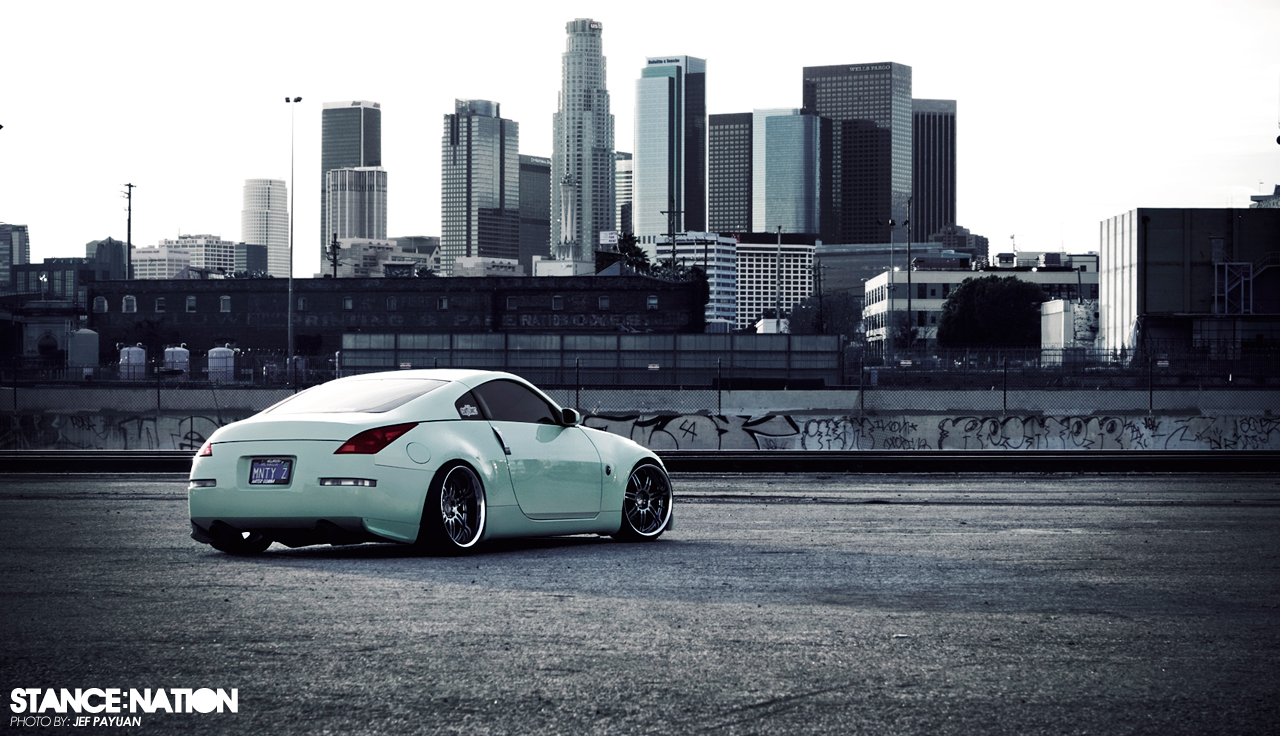 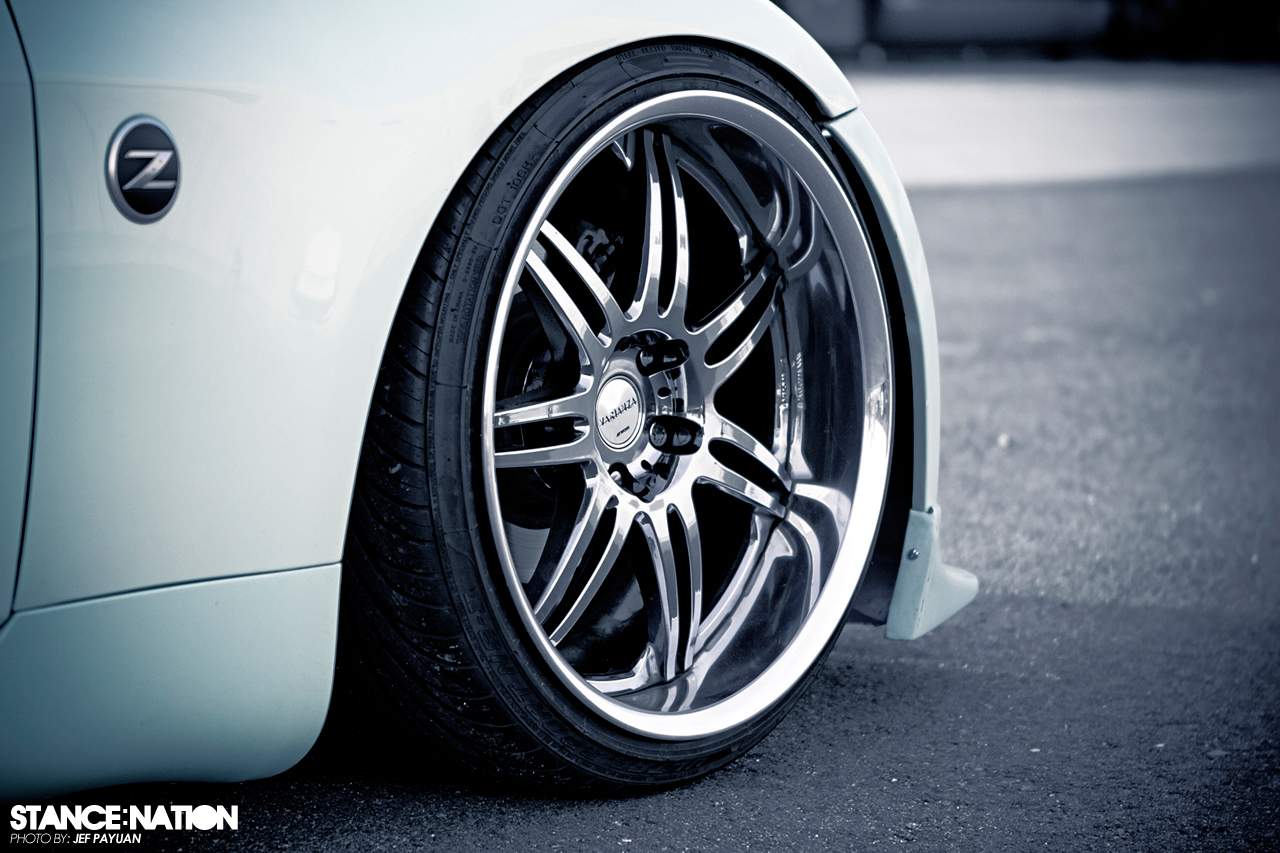 Miguel is originally from Philippines but he now resides in The greater Las Vegas area. The reason for the Los Angeles skyline in the background is because he literally drives out there on weekends to hang out with the Hoodrat fellas. This thing gets driven, better believe that. 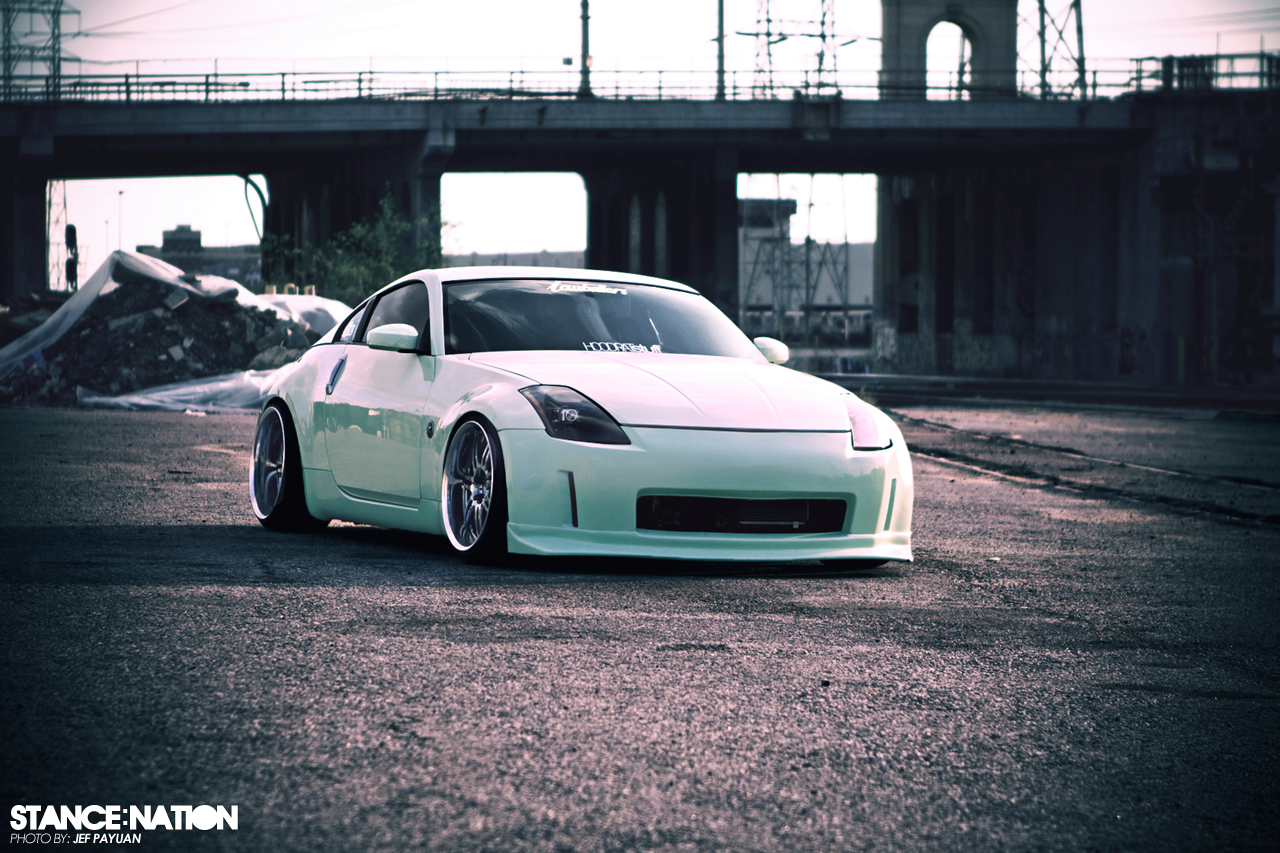 This is just the beginning for Miguel, and we’re more than happy to show it off to all of our fans. Be on the lookout for more of this Z as Miguel plans on finishing it very soon. He also wanted us to let you guys know that the wheels are for sale as he is going with something more aggressive in the future. If you’re interested in them, please drop a comment below with your email address so he can get in touch with you. Big thanks to our photographer Jeff Payuan for all the pictures! 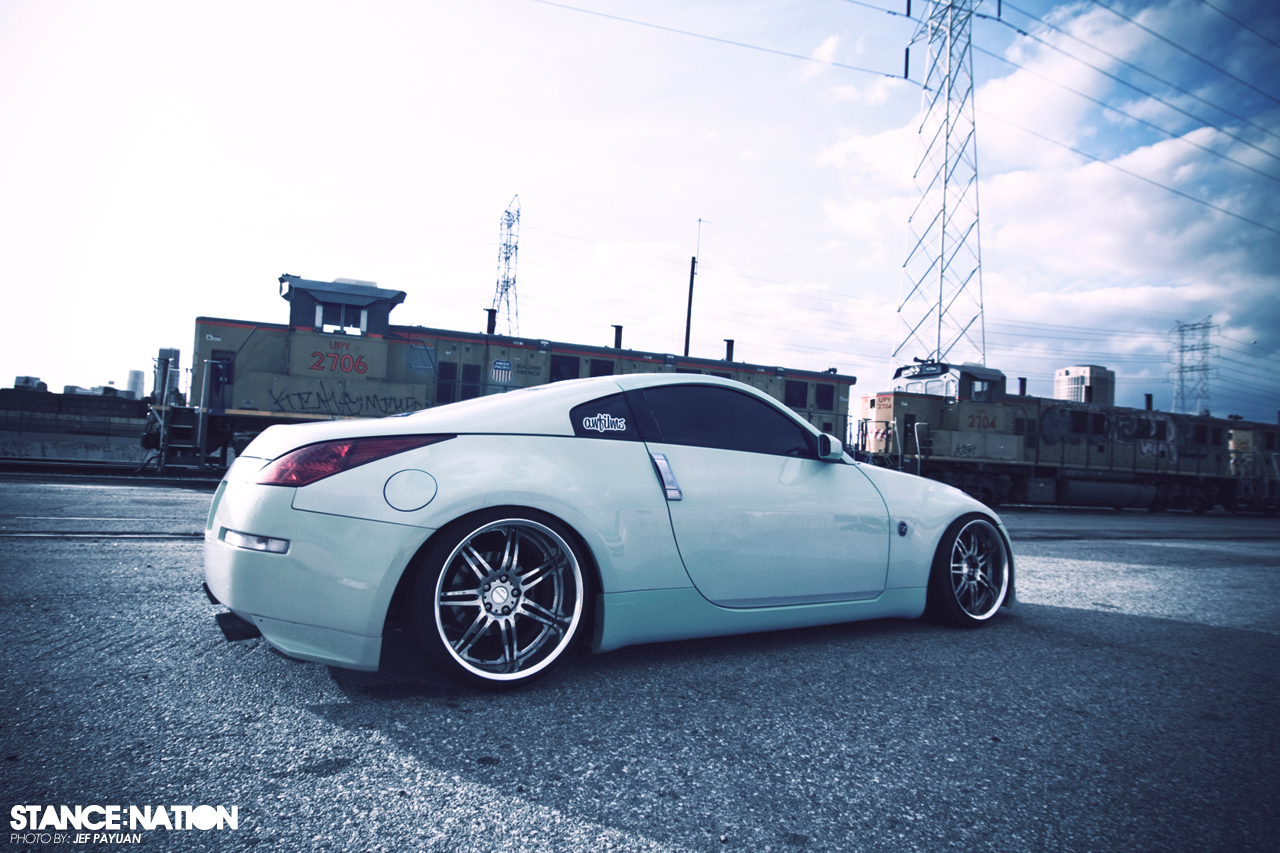 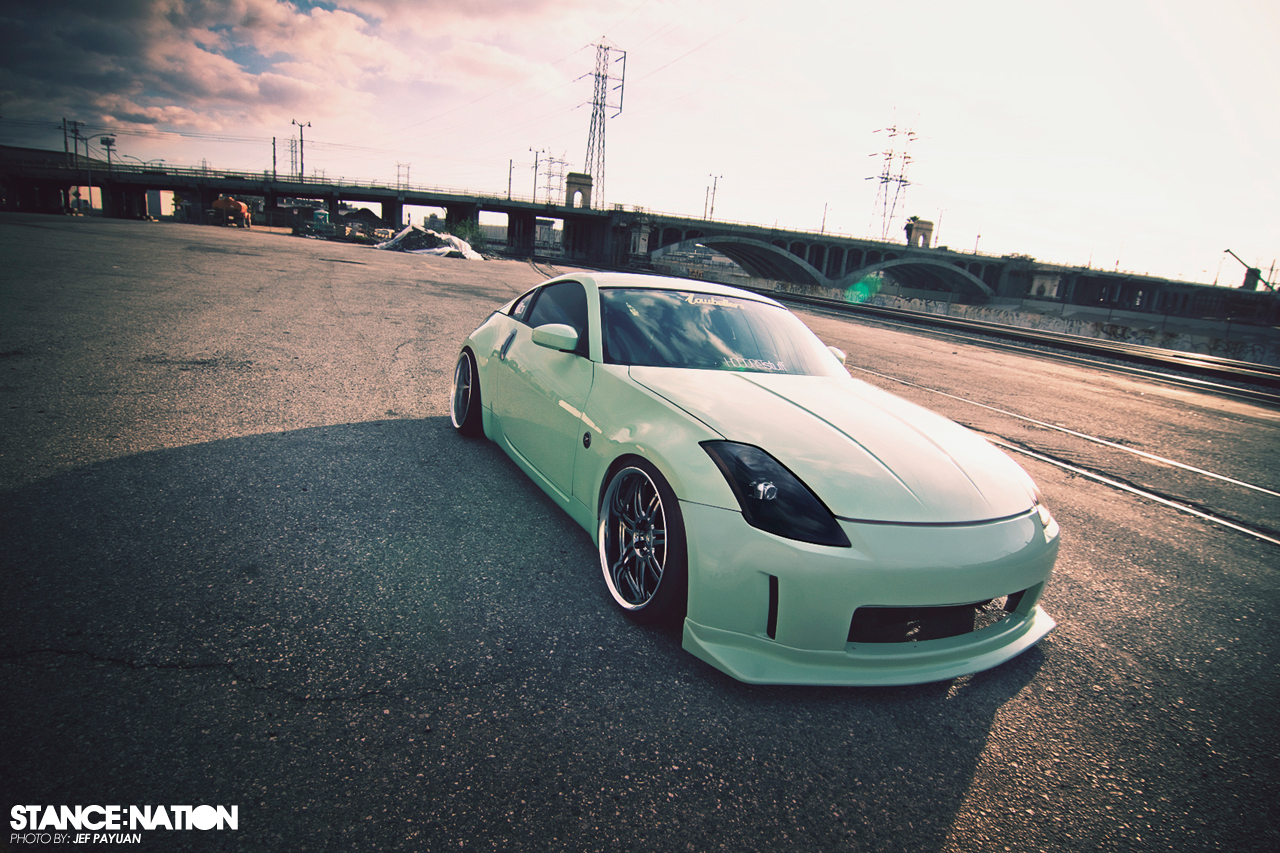 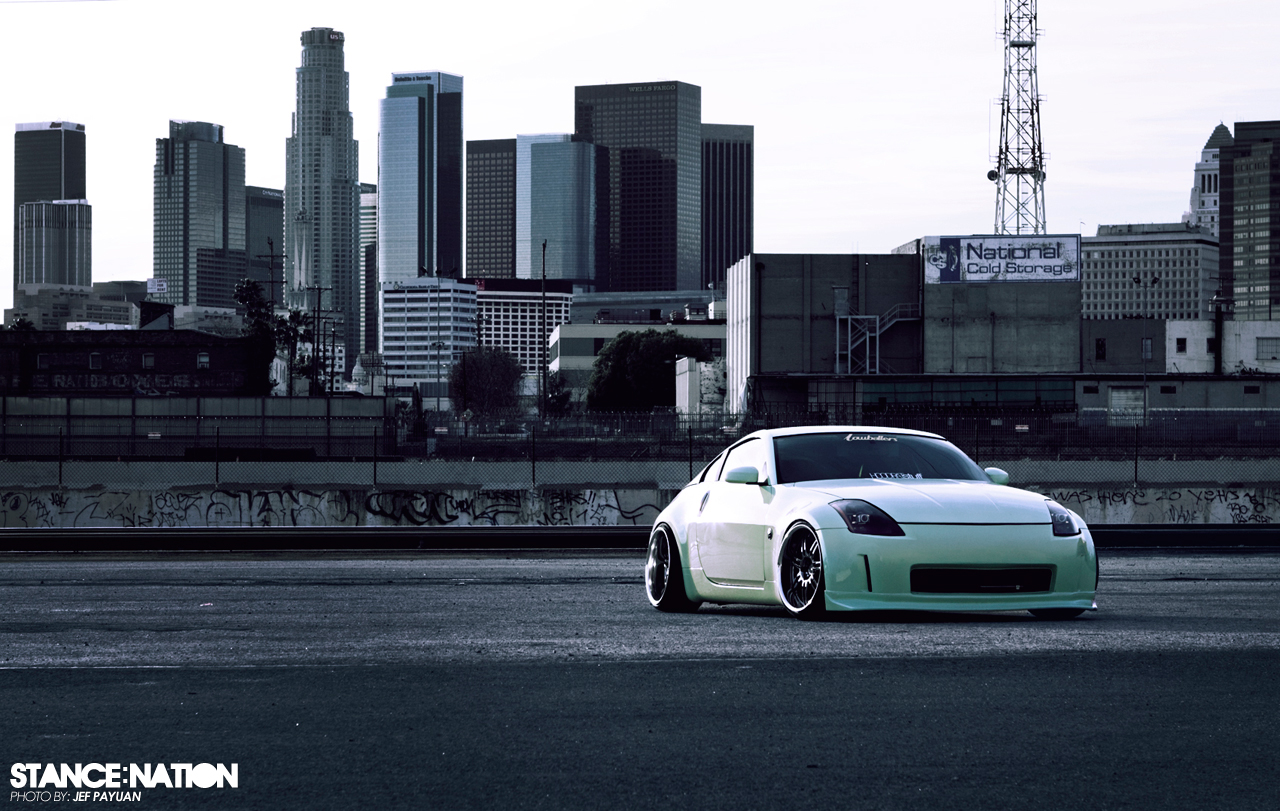