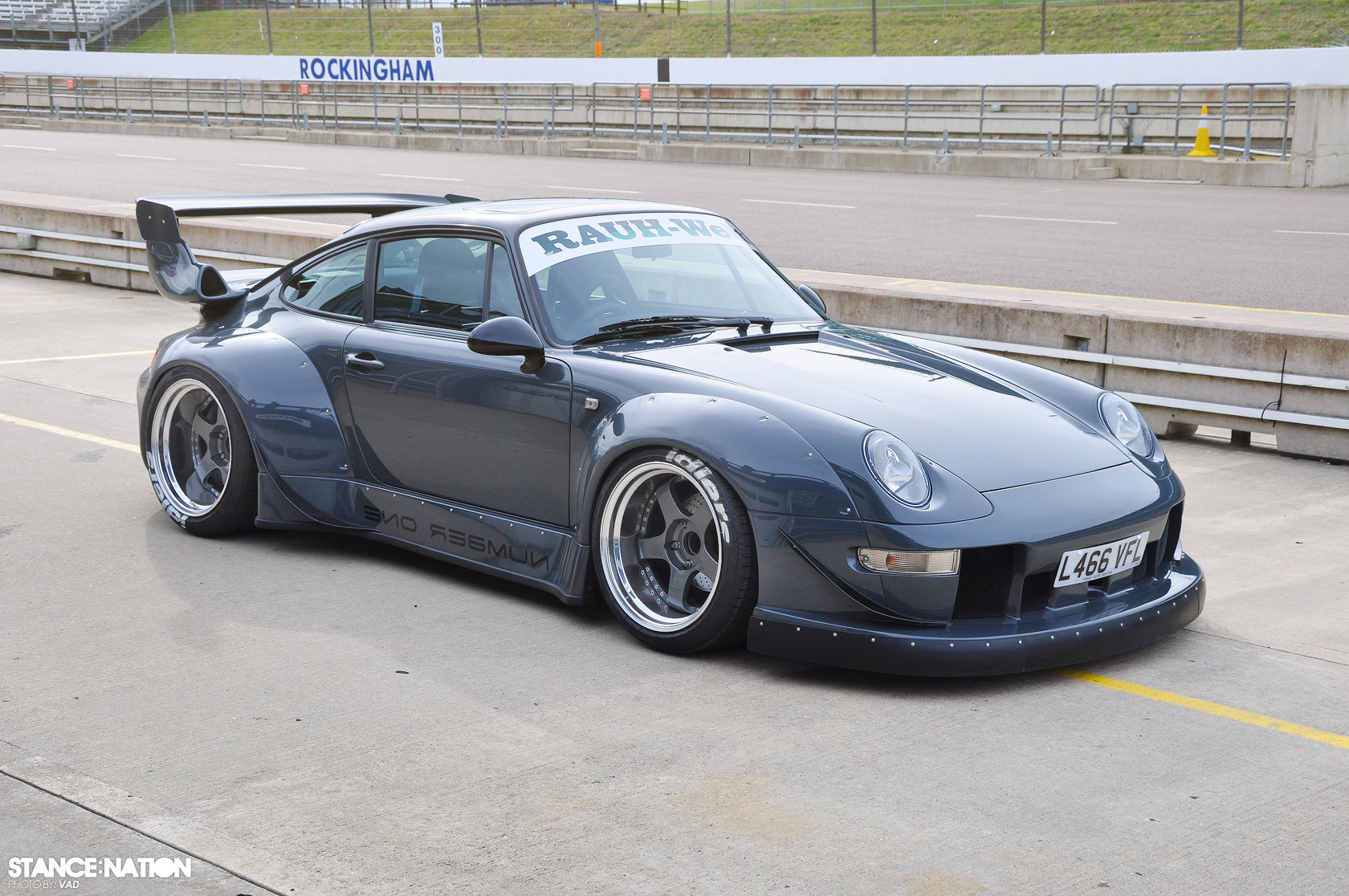 Just over 2 years ago Vogue Auto Design out of England approached RAUH Welt with the hope of purchasing one of their wide body aero conversions for their customers 964 Turbo. They were told that they do not export and if they wanted the RWB treatment, they’ll have to ship the car to Japan, something their customer just didn’t want to do. Fast forward a couple of years, Lee’s & Nick’s (VAD crew) desire to have a RWB 993R was even bigger, so they decided to contact the RAUH Welt crew again. Toshi-san not only made their dreams come true but also after seeing the work that VAD has put out he granted them not only sole European rights to the RWB brand, and since VAD has a branch in Perth Western Australian Toshi-san granted them Australian rights as well. How awesome is that!? 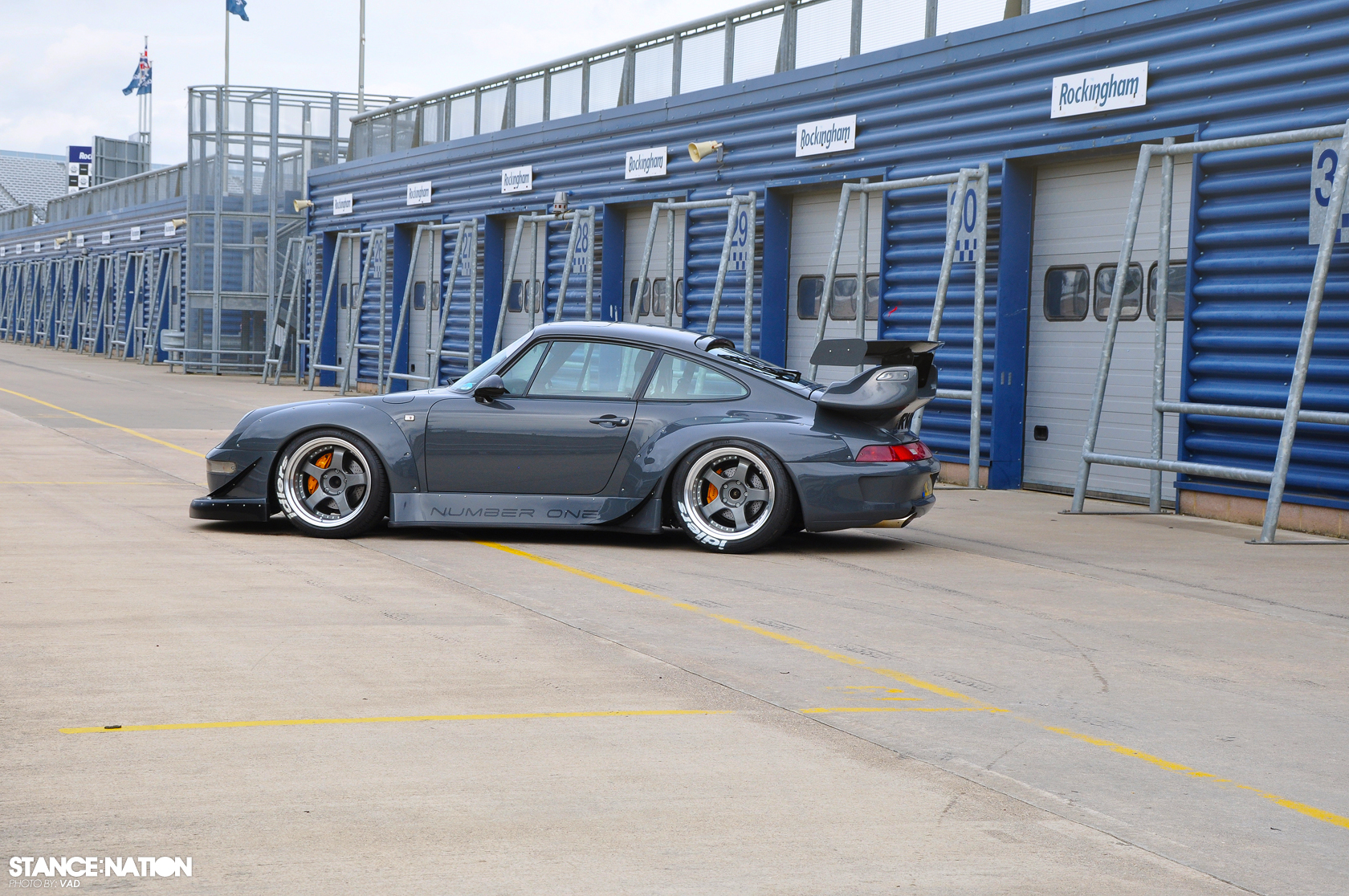 After purchasing the aero parts the heat was on to find a car as Nakai-san was planning his world tour of UK, Thailand & United States, so time was in short supply as he would land in the UK at the end of September right before flying out to Thailand. Luckily Lee & Nick managed to find a one owner, very low millage, C2 Tiptronic Porsche! The VAD fellas knew that the Tiptronic was not going to be to every ones taste but as its built for VAD to showcase the aero installation they bit the bullet. Nakai-san was actually also stoked to build the first tiptronic, he loved it! So, the build began! 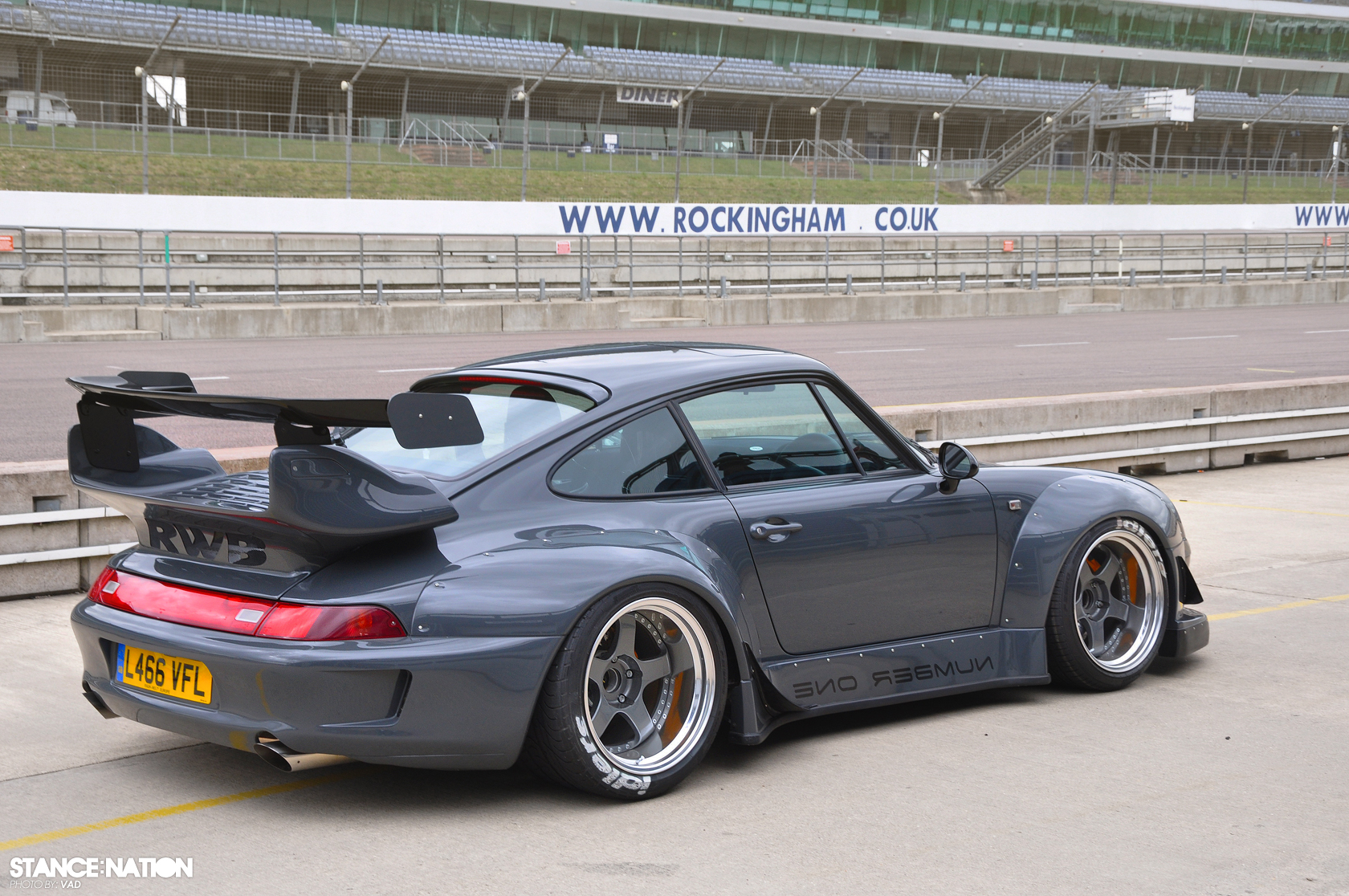 The car was stripped of every component inside and out, prepped, primed and eventually painted in the “Lamborghini Grigio Telesto” paint. They also ended up painting the faces of the SSR Professor SP1 same color, all while awaiting the arrival of the master himself. While waiting on Nakai-san, Nick decided to look around for Porsche parts. Upon his scouring for bits and pieces, he found a set of GT2 Carbon backed Alcantara seats. The decisions was then made to have the complete interior done in Alcantara to match the seats along with the RS style door cards. Other bits that they source purchased and installed have been the Bilstein coilover suspension kit (which is just so amazingly comfortable considering there is zero movement and its wound down to its lowest setting). They then installed their very own VAD-built stainless exhaust system and upgraded the headers, with a complete upgraded breather system and an ECU enhancement. For all the people that feel like the tiptronic transmission just doesn’t sound right, the car is available for viewing and VAD encourages you to come down to their shop and drive it. “It does not disappoint”, VAD tells us. Hit the Read More button for more photos! 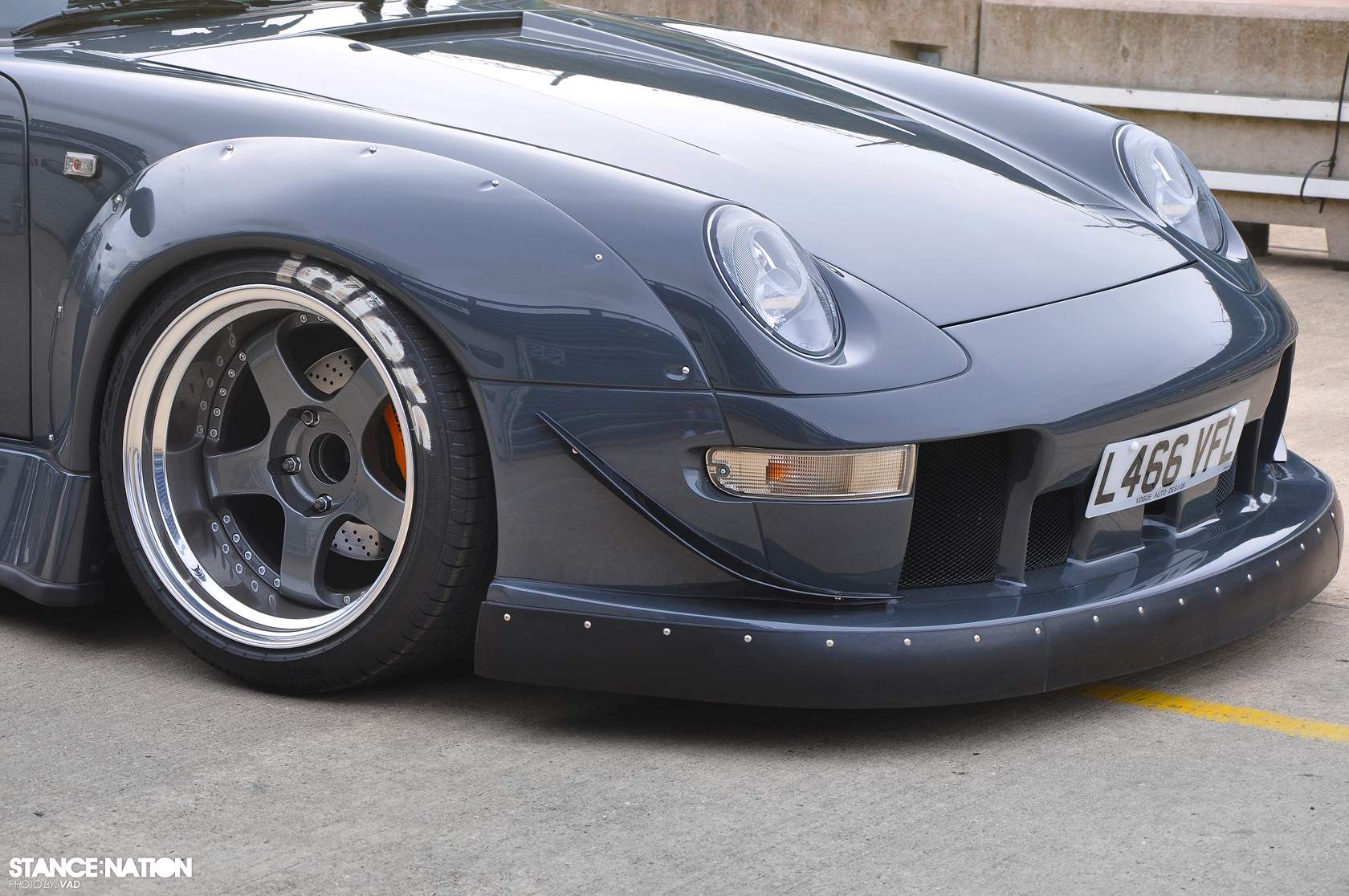 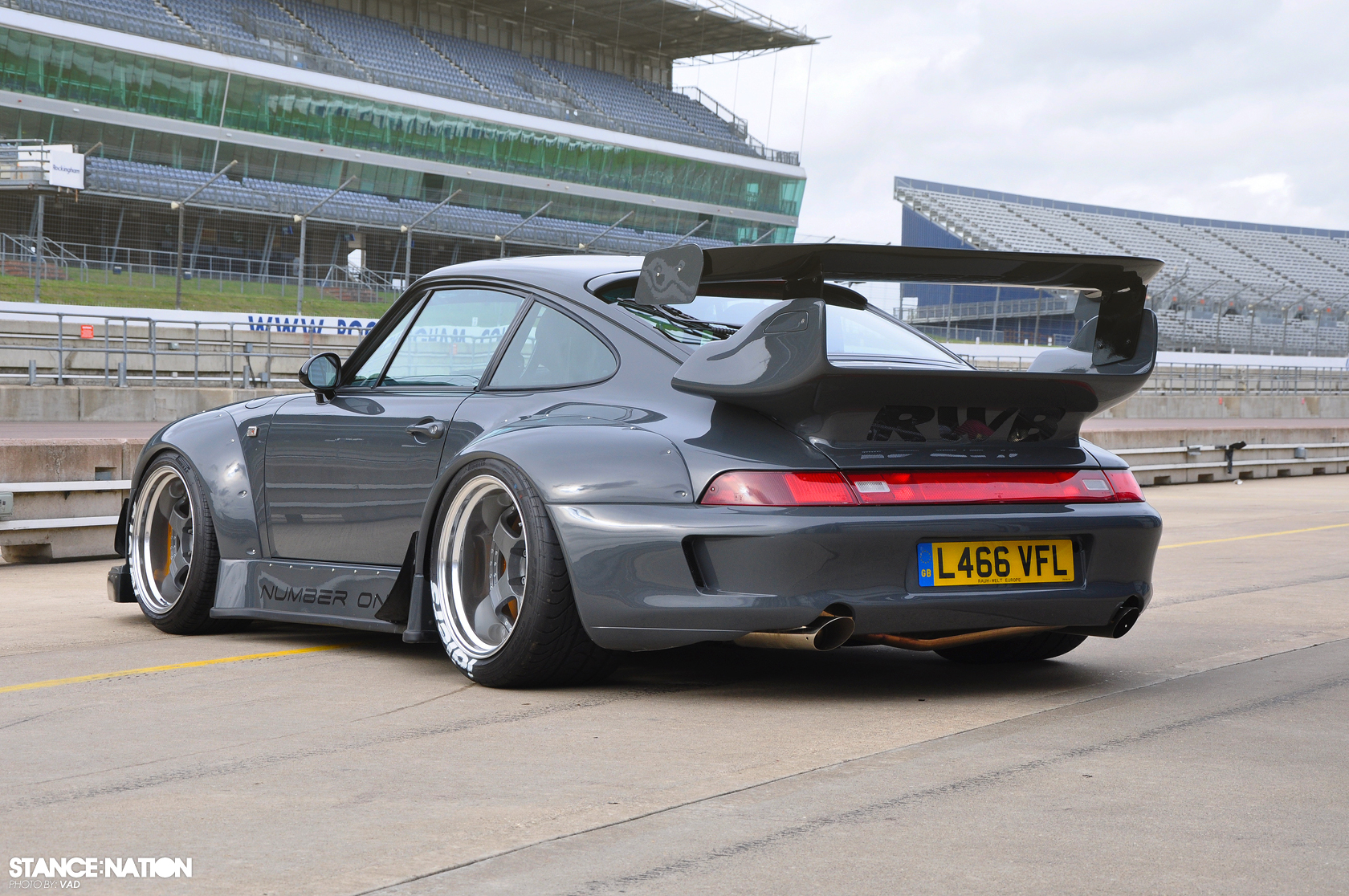 Over the next few days Nakai-san showed Nick and the VAD crew how to install the aero parts for future builds. Nakai-san was extremely impressed with the overall finish of the car and being that this car is a first European RWB build, he had no hesitation in naming the car NUMBER ONE. The car is all finished off with SSR SP1’s in 18×10.5’s up front with 265/35/18 tire and 18×13 in the rear with 335/30/18 tires! 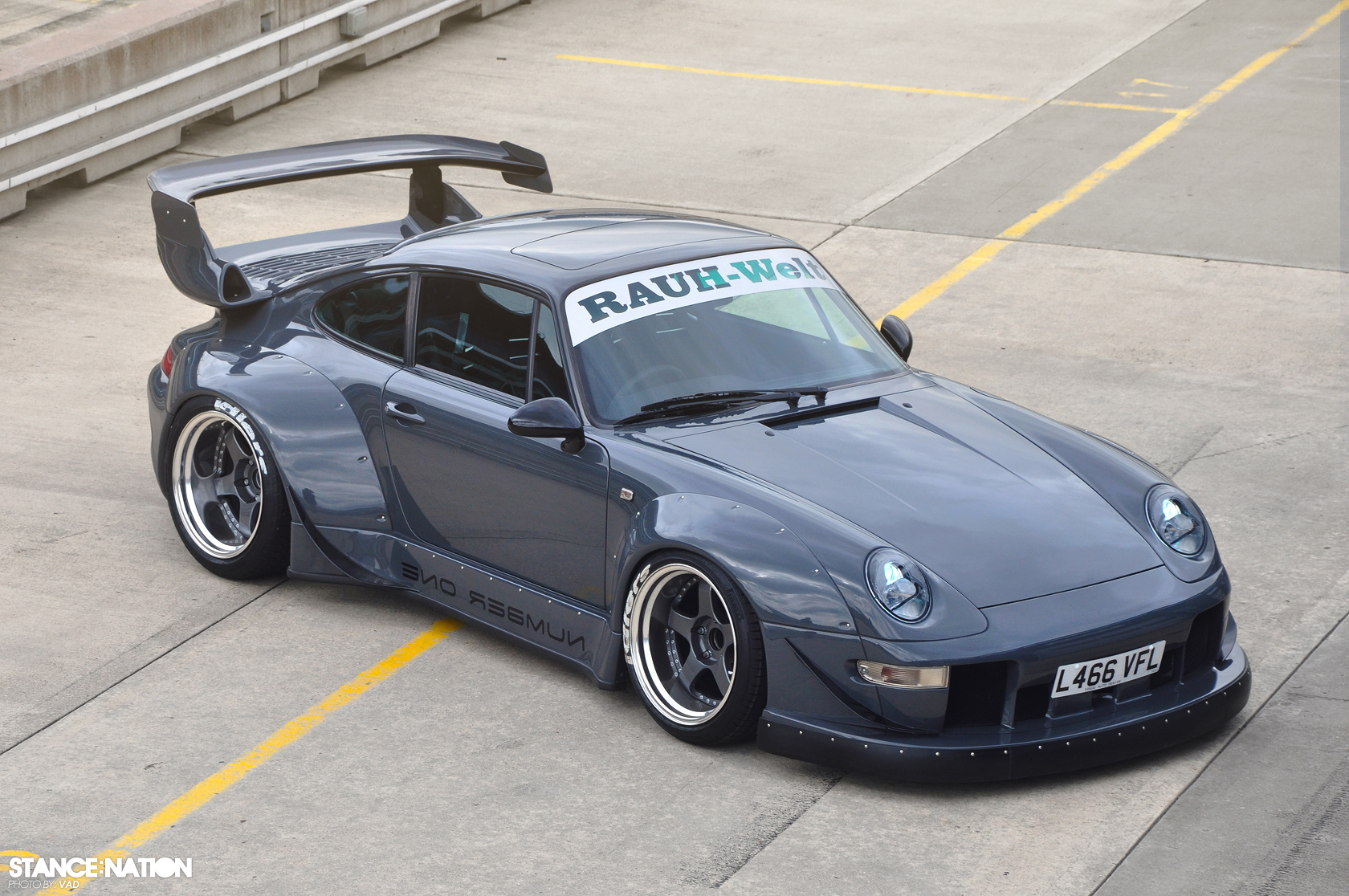 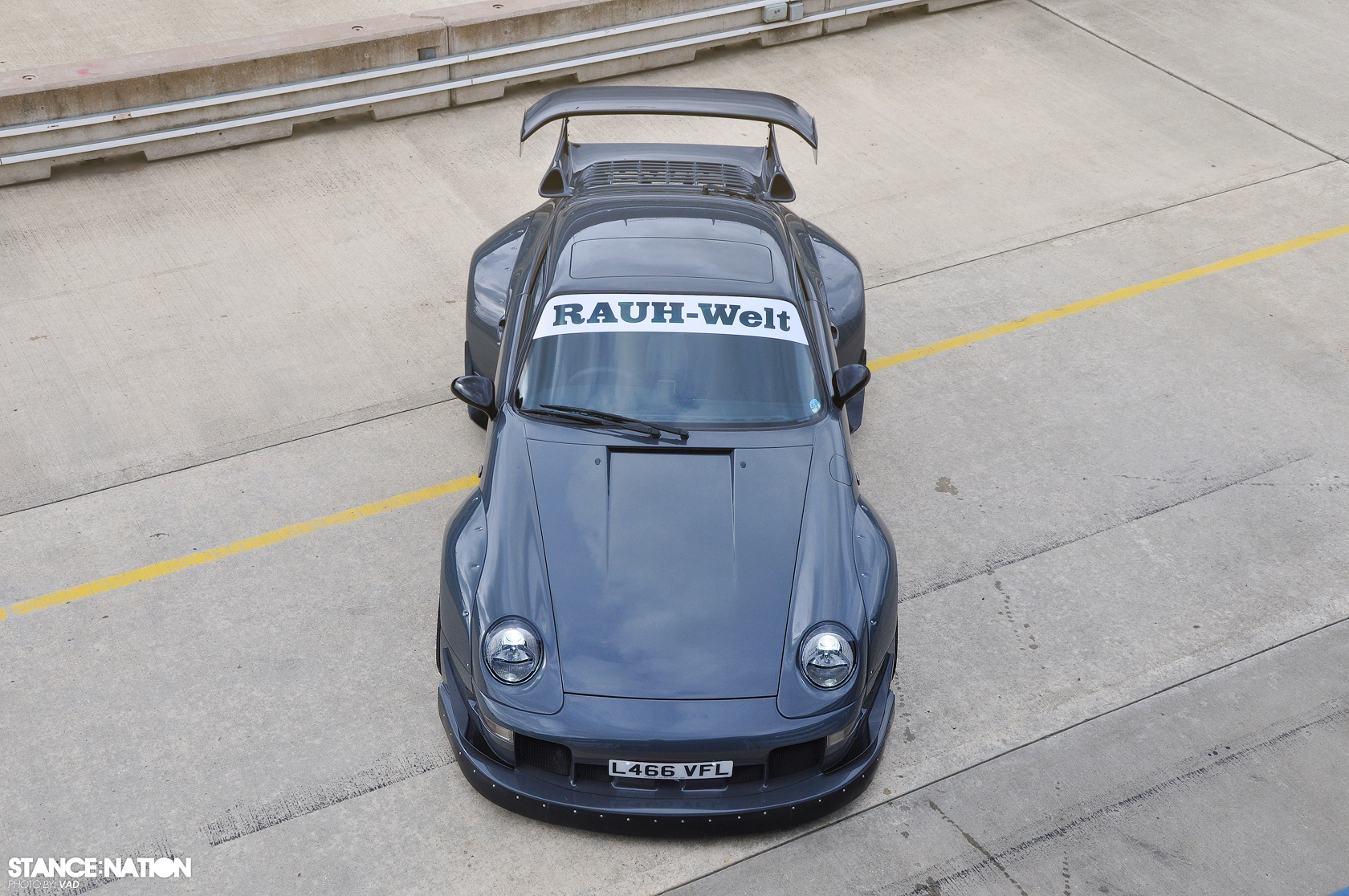 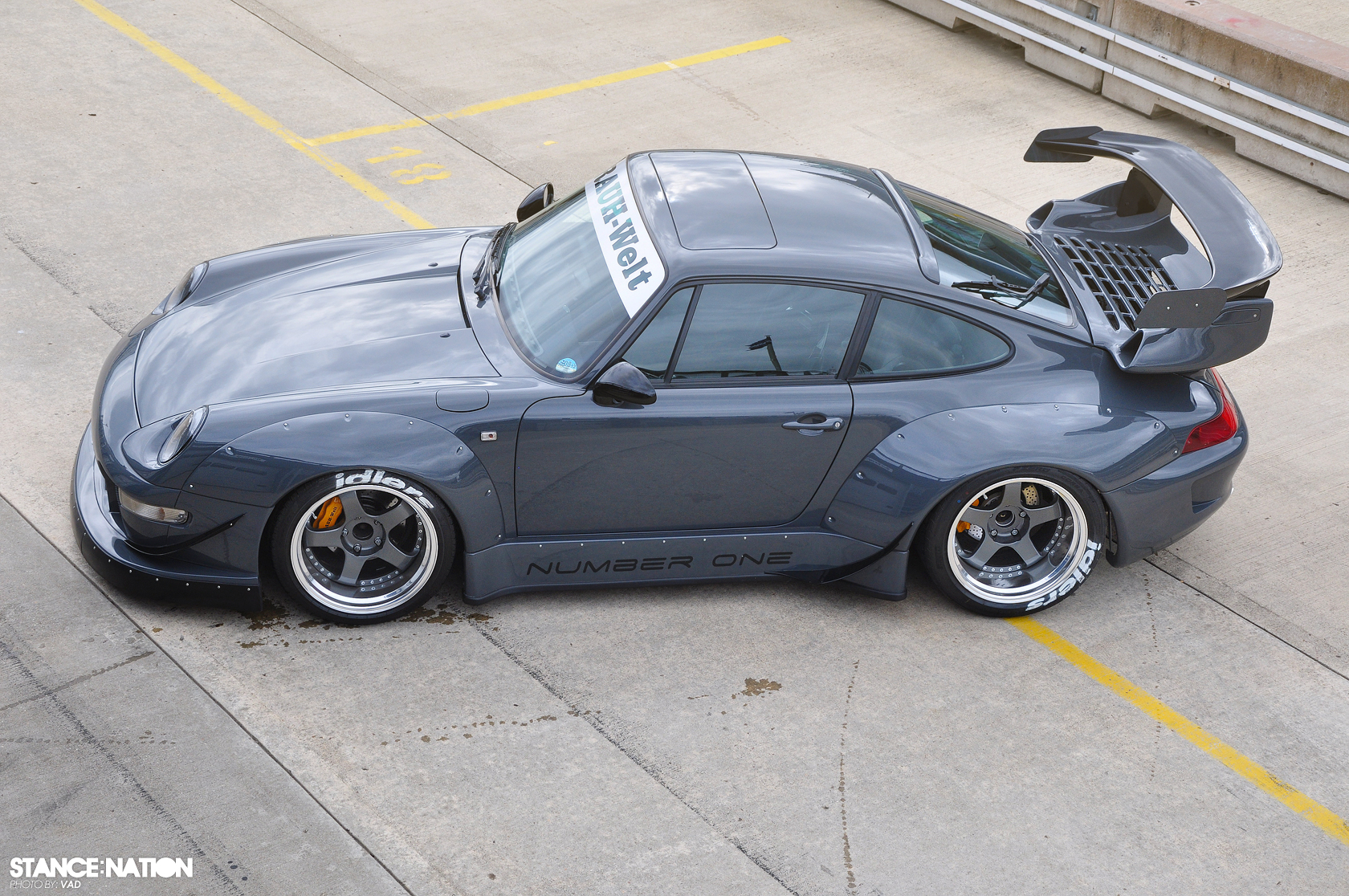 The car hasn’t been built that long ago but it’s time for a makeover. They will be ditching the rear wing and installing a new engine lid along with fitting our own Bespoke built Forged wheels. SSR Professor SP1’s are a beautiful wheel there is no doubt about that, but seeing how VAD are wheel specialists themselves, fitting wheels with spacers goes against the grain! With that said, VAD has partnered up with DPE Wheels and are in the process of building 2 bespoke wheel designs specifically for RWB Porsches. Both designs will be manufactured using the Porsche 5×130 PCD and will feature a center lock application. Their wheel designs will be slightly wider in the 18” size and will also have a 19” option with sizing 19×10.5 up front and 19×13.5 rears fitted with 275/30/19 and 355/25/19 tires. With build slots being already taken until mid 2012, the future seems to be very bright for RWB& VAD. Truly, 2012 promises to be pretty spectacular year and we can not wait to see what else they come out with. 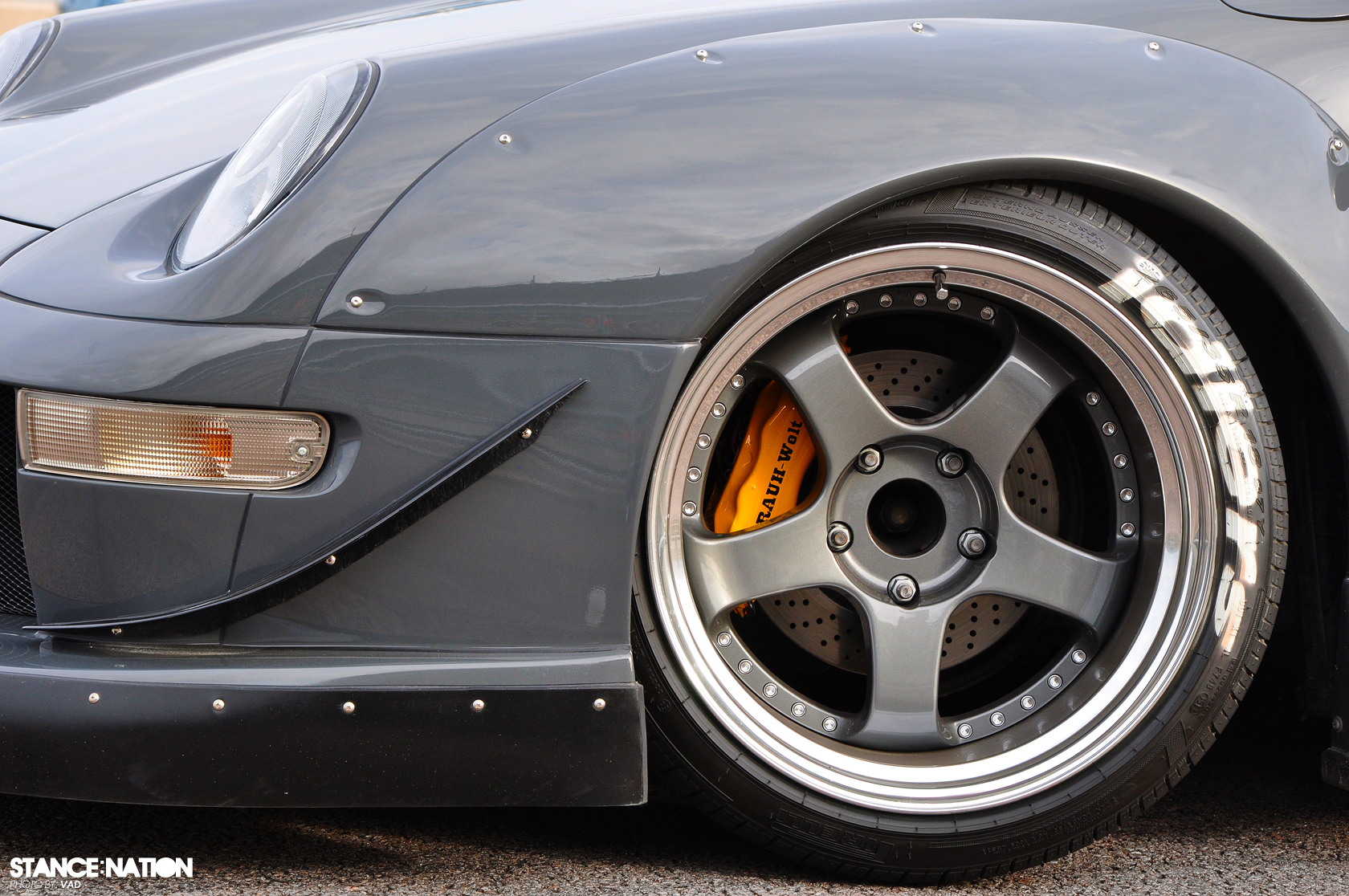 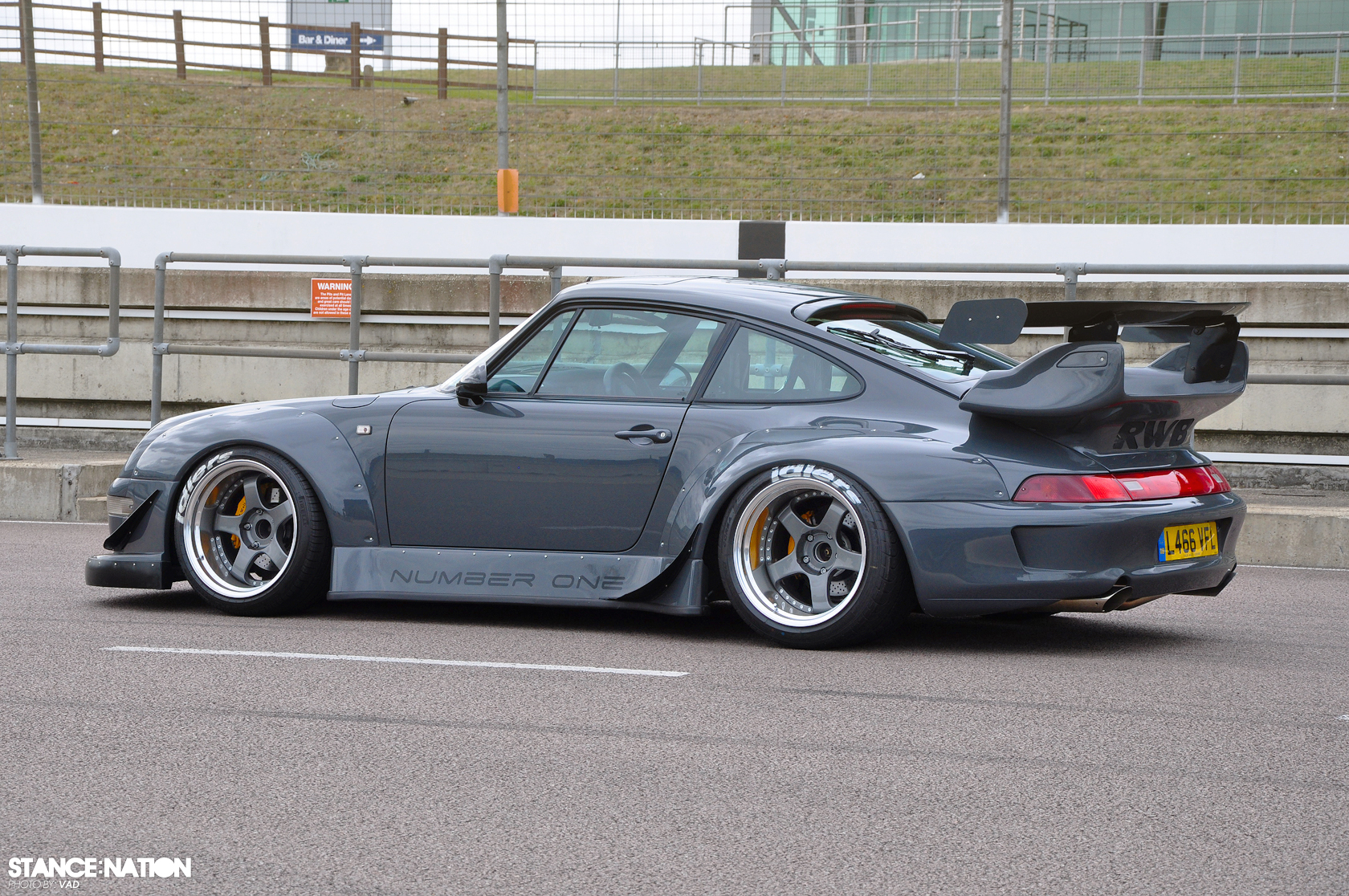 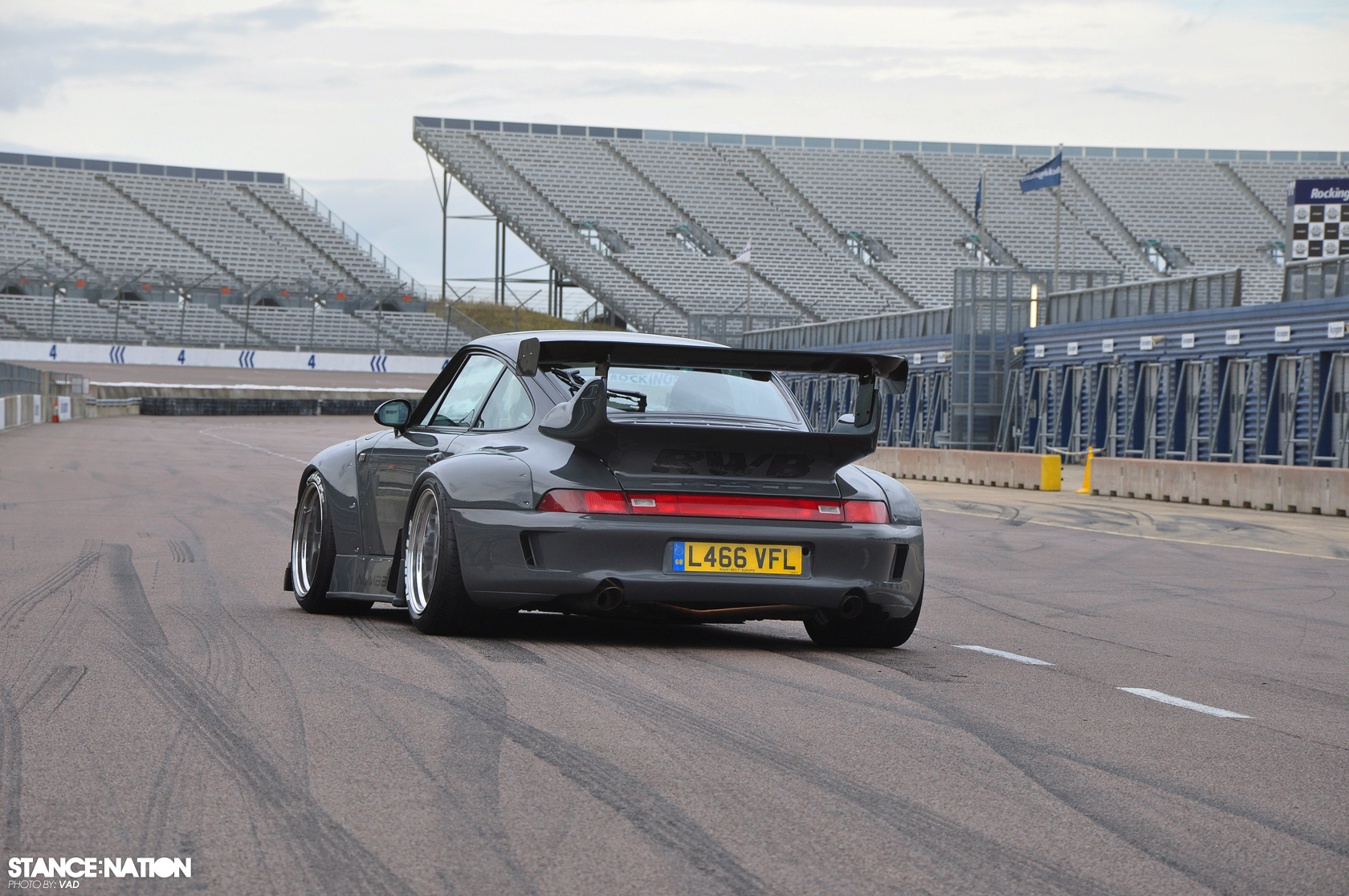 With all that said, we would like to give a huge shout out to everyone involved in this incredible build. Nakai, Toshi, Lee, Nick and everyone else! It’s an honor to bring you these exclusive photos and even a bigger honor to partner up with as amazing of a company as Vogue Auto Design. We would also like to wish VAD & RWB the best of luck (even though it doesn’t seem like they need any). Until next time! 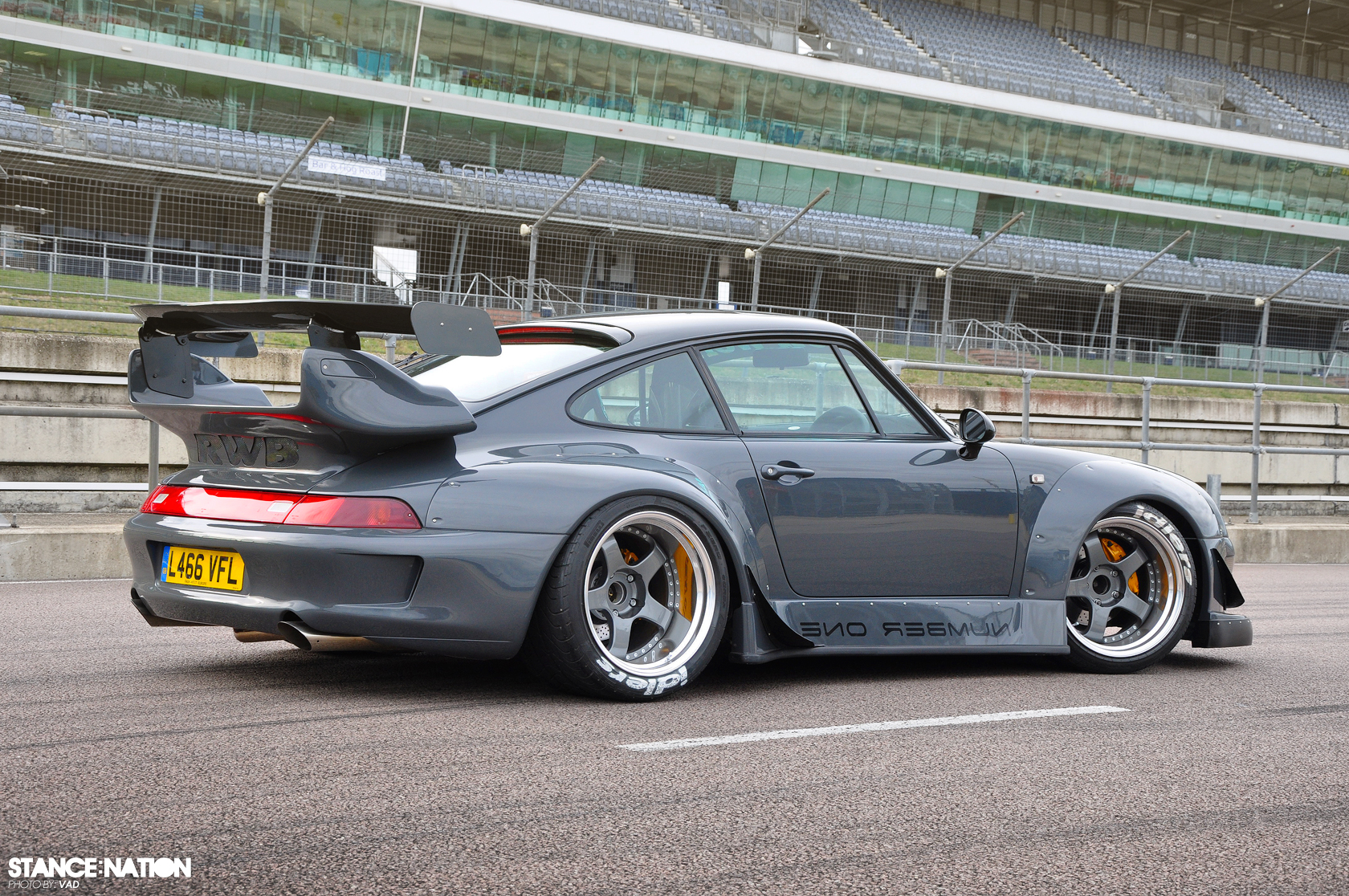