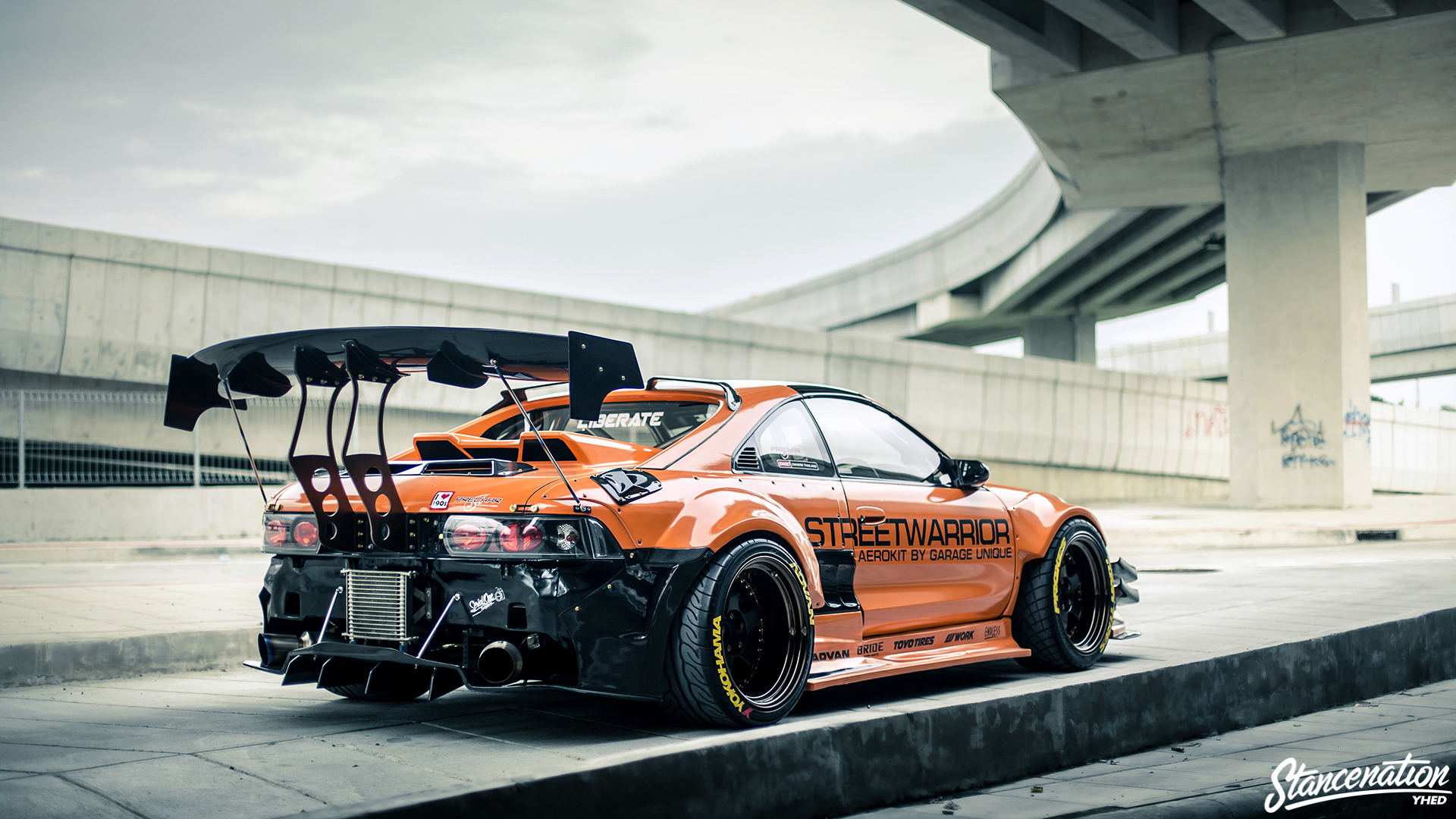 When Akio Yoshida began bouncing ideas off of his fellow developers at Toyota back in the late ’70s he was pushing for a sporty, mid-engined car that was fun to drive yet economical at the same time. Production began in 1984 and sales were strong enough to continue manufacturing for over three decades. The second generation MR2 seen here had the greatest success and seems to be the body-style most commonly sought after in the aftermarket community. 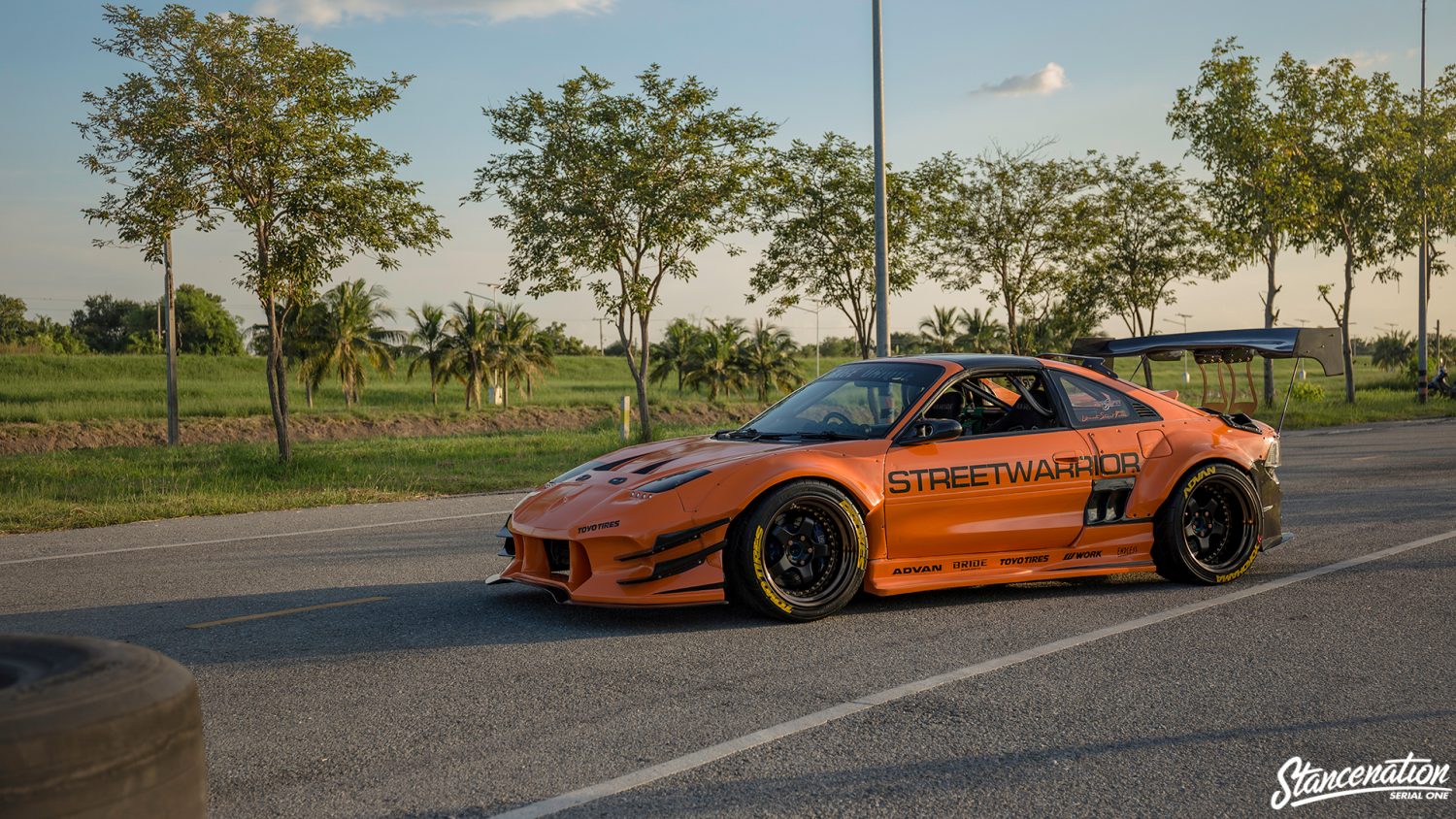 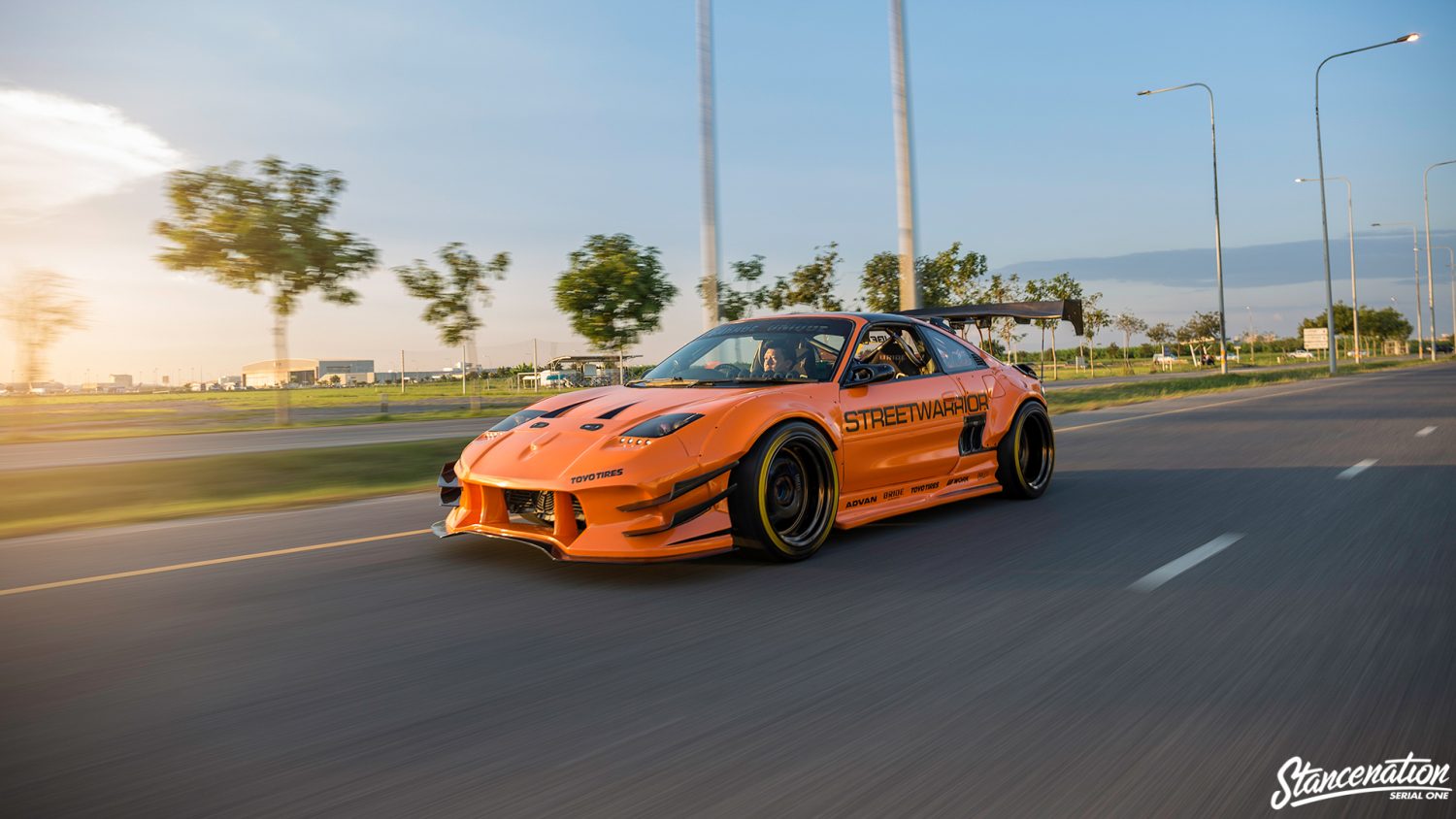 Smicha Thiramongkol or “Momm” as he commonly goes by is no stranger to modified imports and in fact saw one of his last builds featured on the site not too long ago. His current work of art is definitely not as subtle as the last, but a knockout nonetheless. His W20 MR2 hardly resembles the car that rolled off the assembly line in Sagamihara right before the turn of the century and has been an ongoing project for a couple of years now. 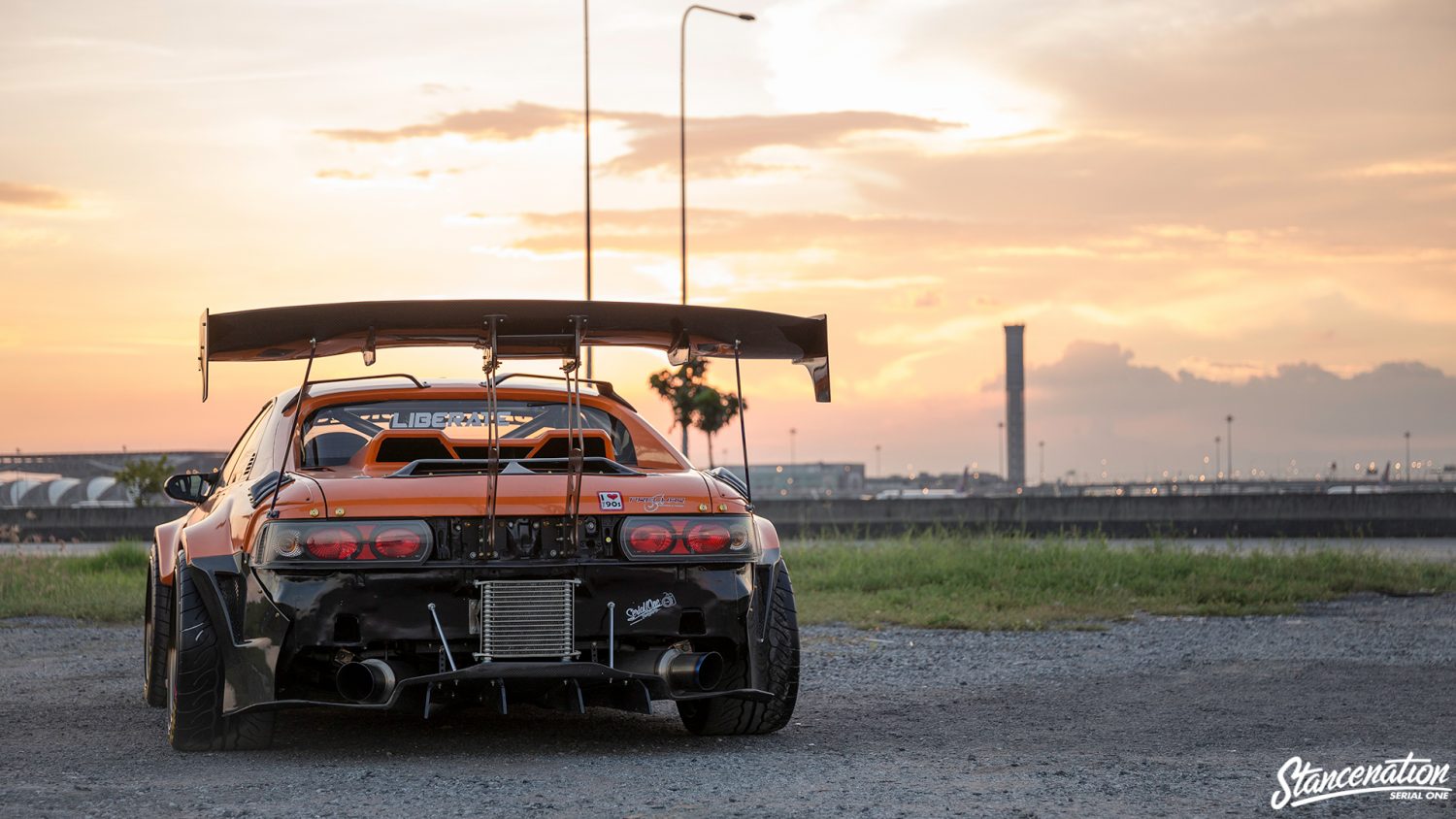 The engine’s position in the MR2 along with the drive wheels being in the rear are a recipe for a track spirited ride. Sure, some folks will sport a set of aggressive wheels and a significant drop, but Momm preferred playing the numbers game in the form of big power and 1/4 mile trap speed. 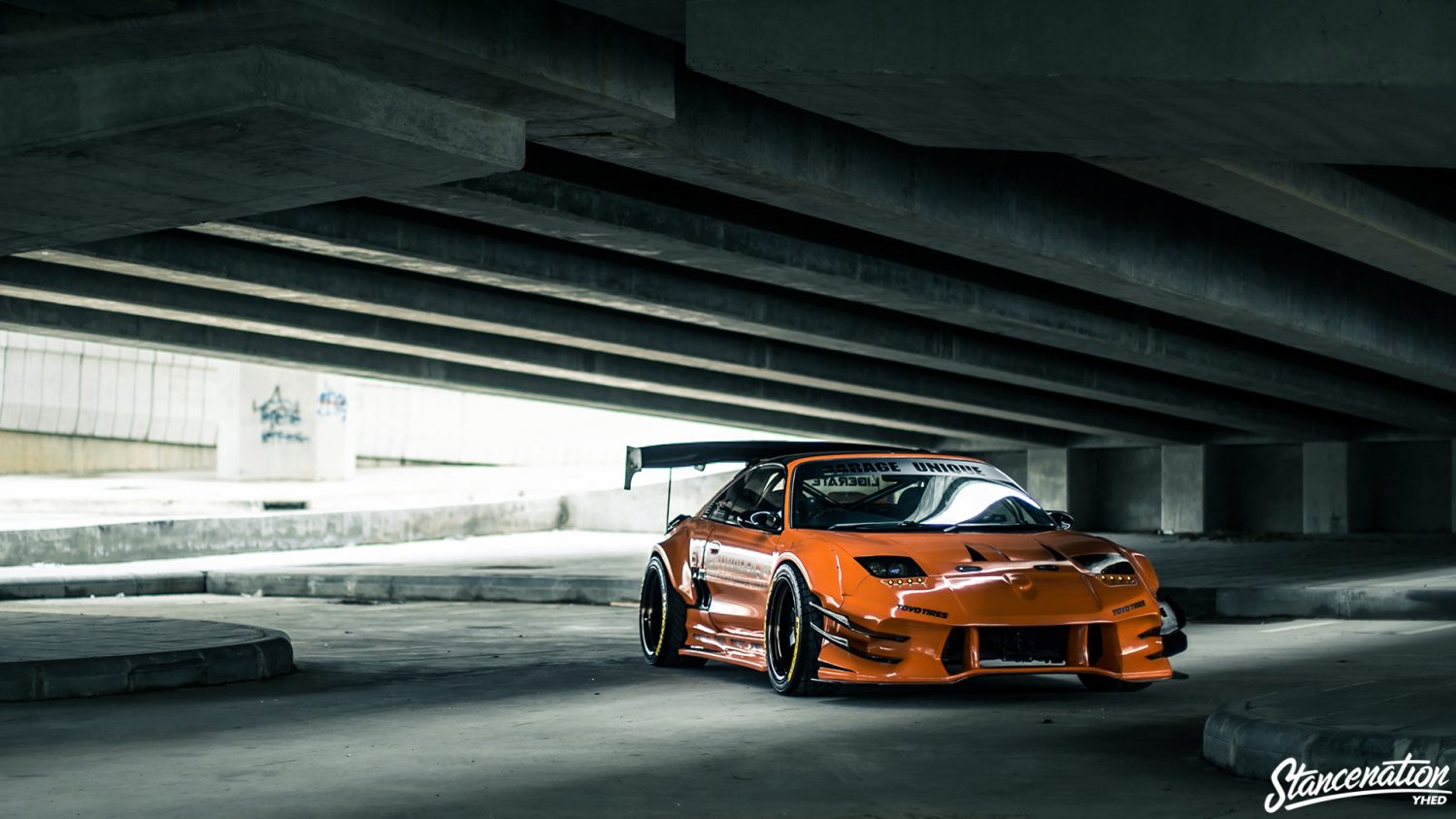 The overall goal was to build a streetable missile that would embarrass your father’s Ferrari on the strip, but steal the show at any tuner event that it rolled into. Smicha spared no expense in the motor’s build and went full bore from the bottom end up. Forged internals mated to a big Borgwarner snail keep reliability at a maximum all while laying down 10 second passes with ease. 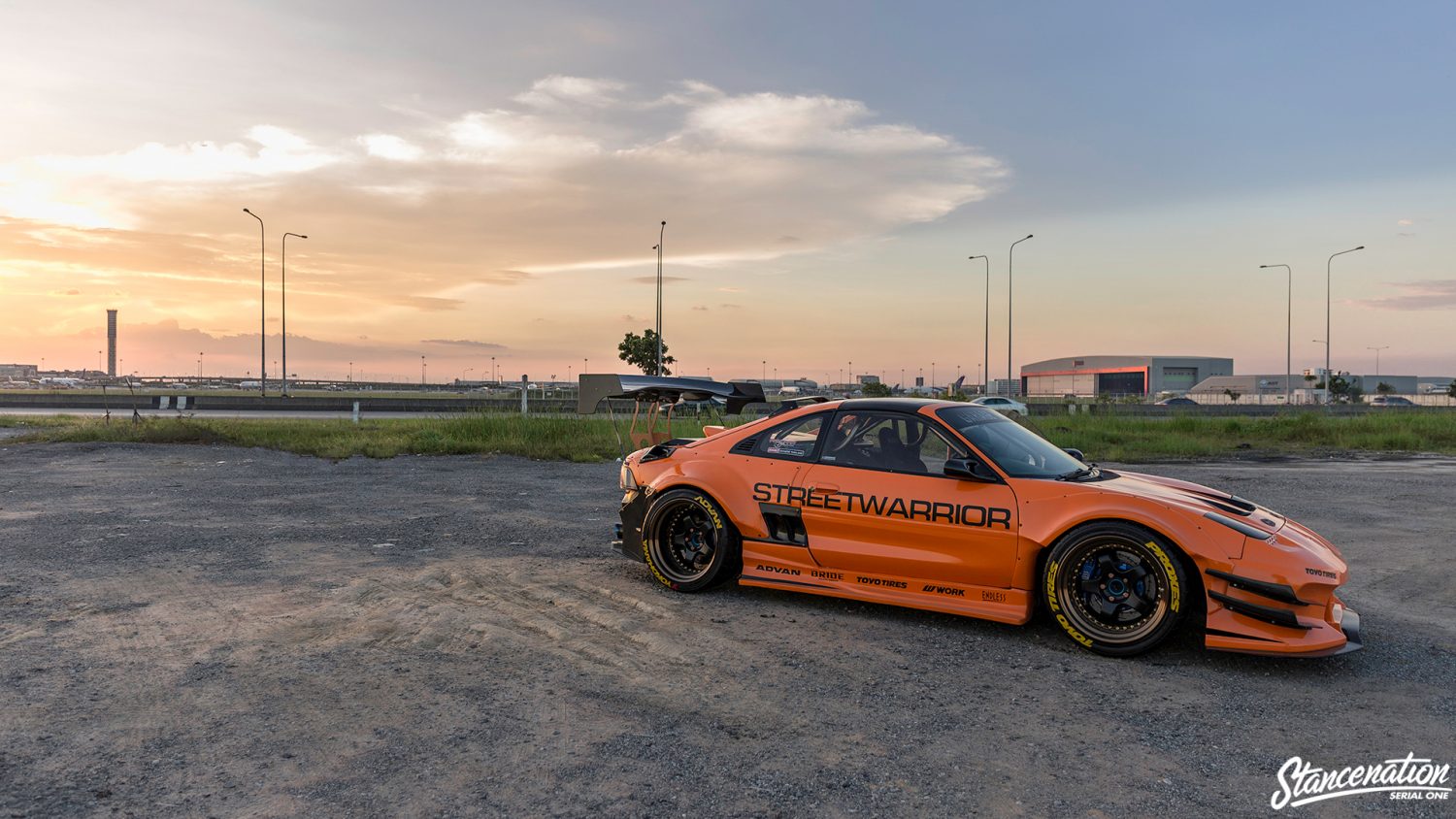 Bringing that kind of heat on the drag strip requires a few necessary interior items like five-point harnesses, deep corn wheel, roll cage, and race seats. All of which hail from industry leading monikers such as Bride, Takata, and Vertex. The majority of the interior is still present as well and shuts down any naysayers that argue that the car isn’t driven on a semi-daily basis. 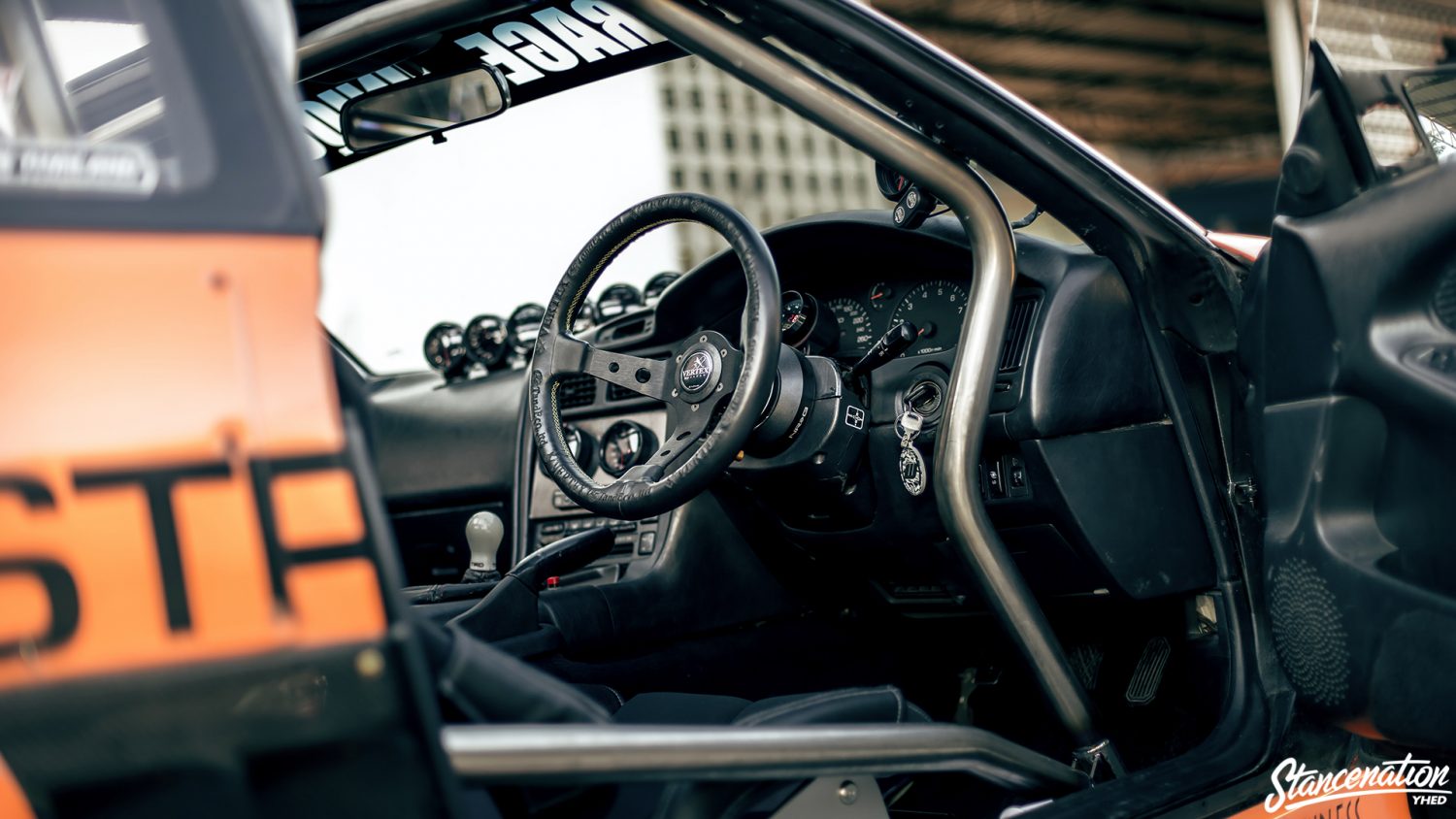 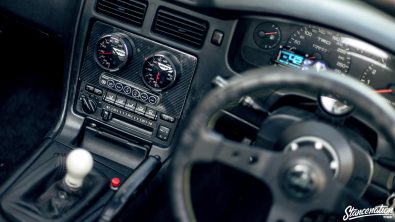 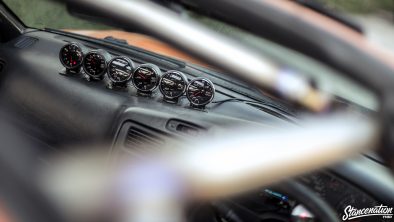 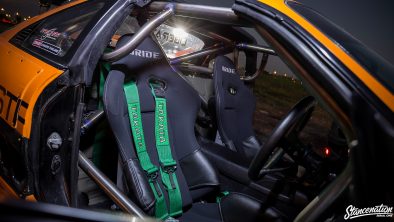 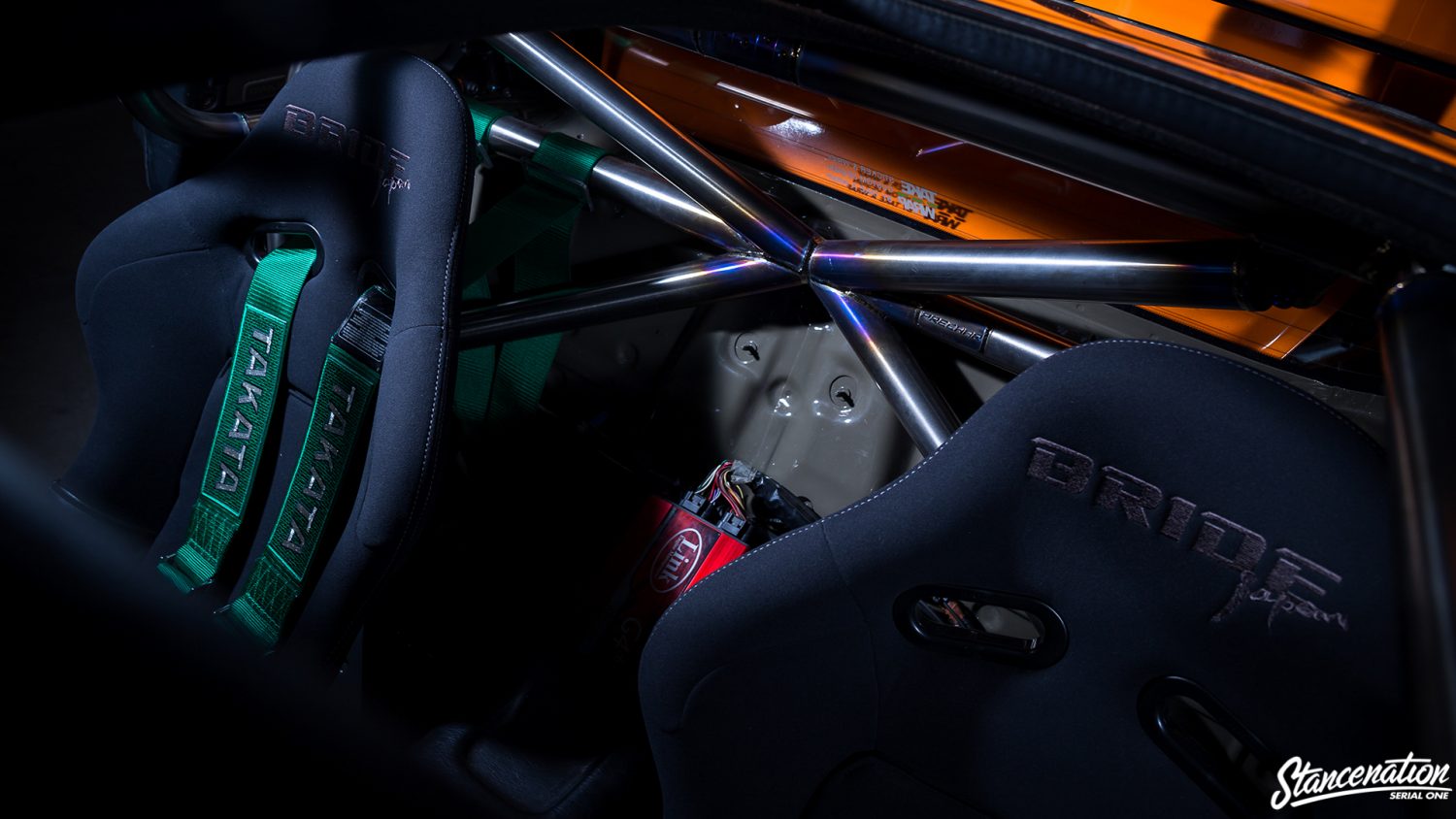 If the first thing you noticed wasn’t the hellish exhaust note or Boeing esque turbine spool coming from the car’s heart then it would have to be the kit and Work wheels wrapped up in meaty Toyo rubber. Momm’s favorite aspect of the build is the wide-body setup from Garage Unique. The over fenders hug the 9.5j and 11j wheels well and the offset of the aforementioned wheels is such that the fitment is still proper. 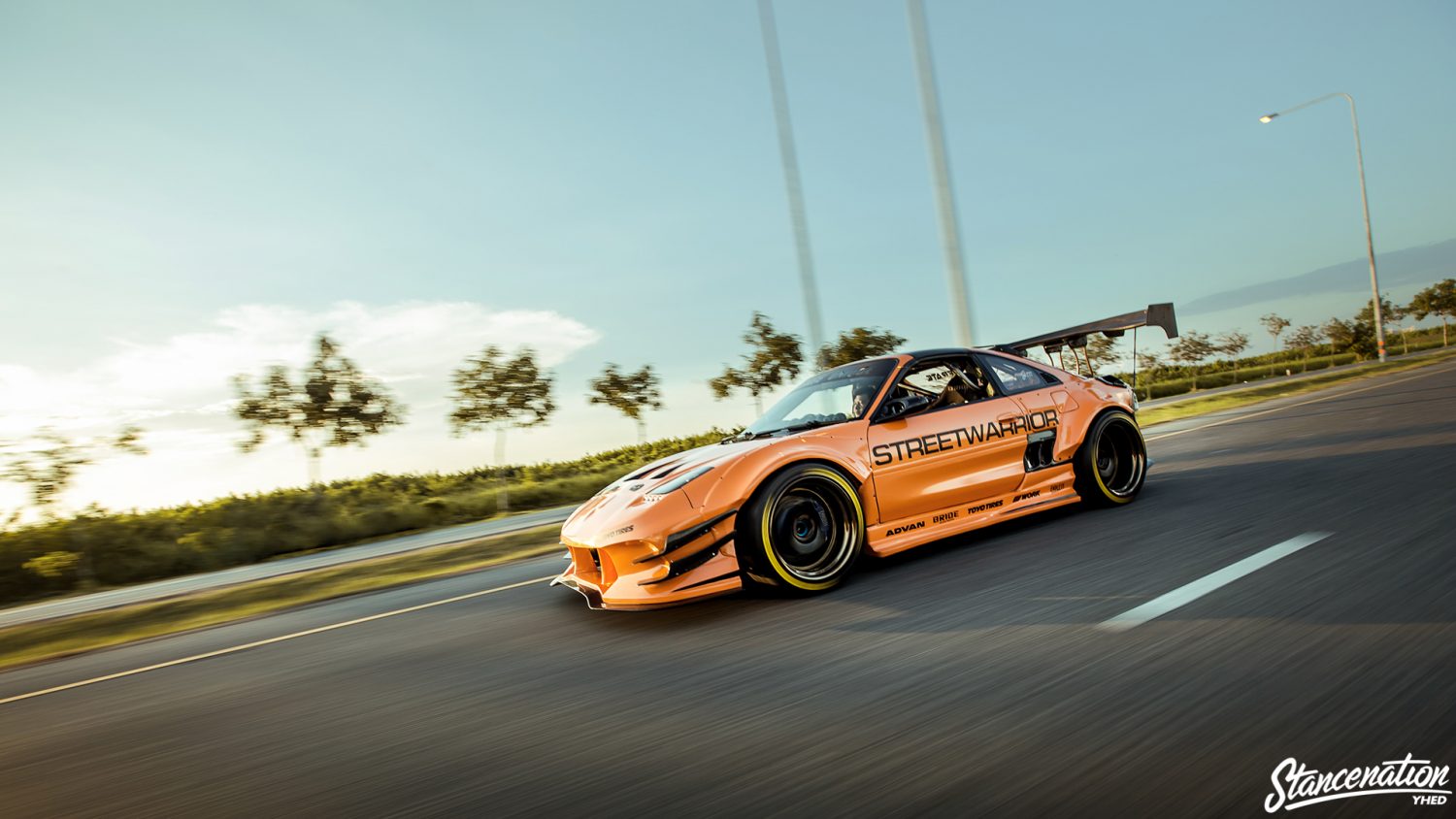 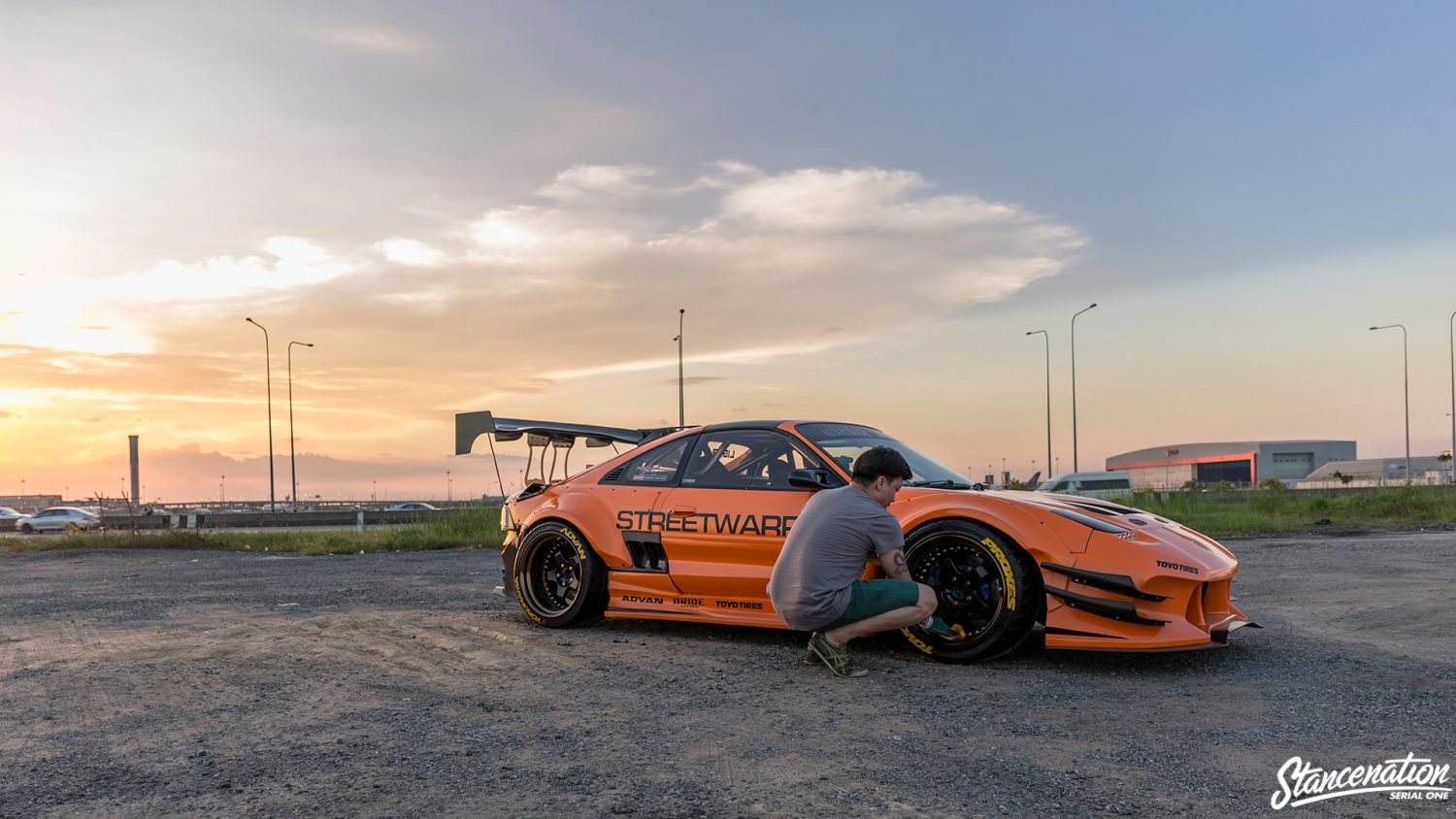 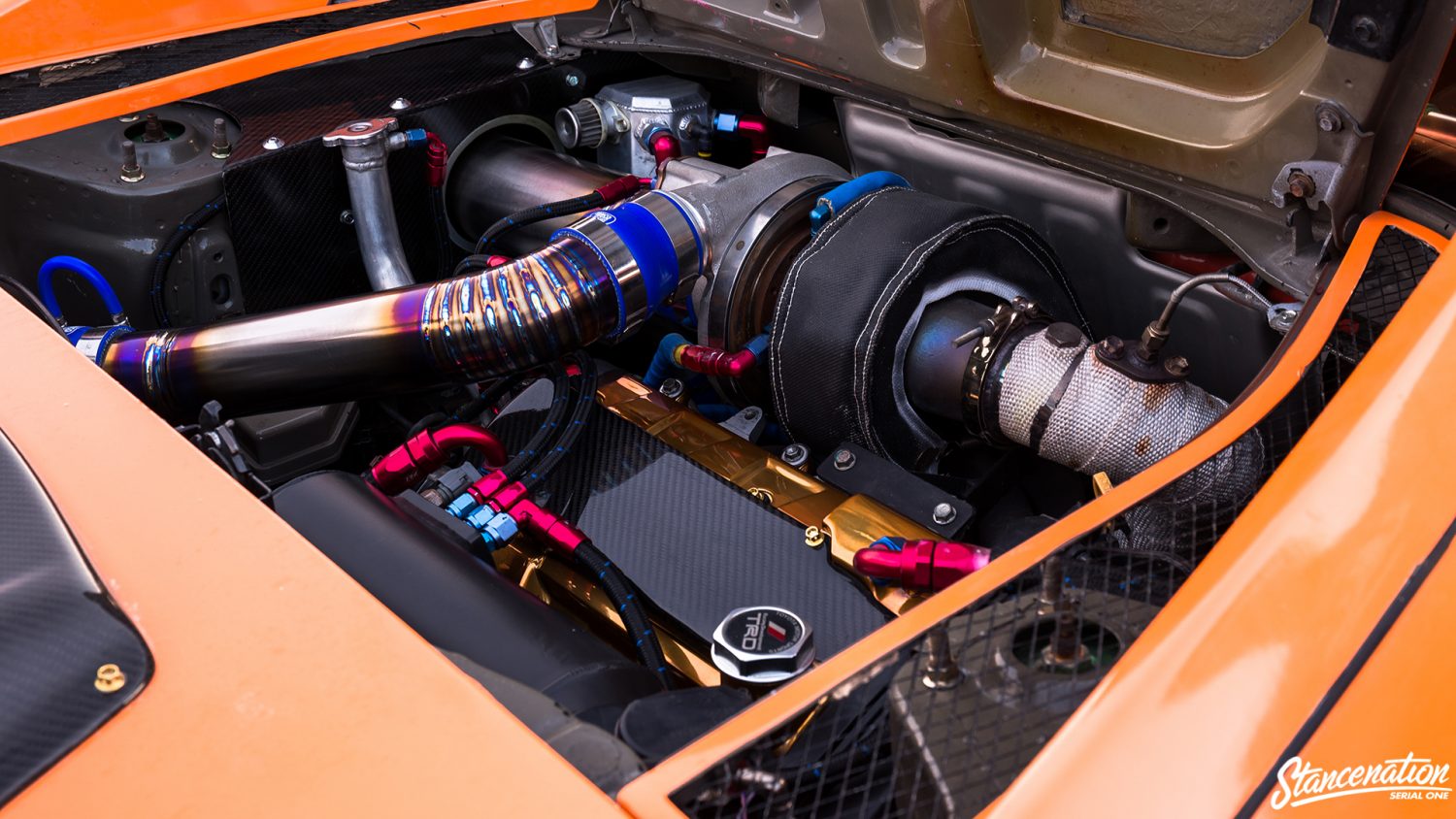 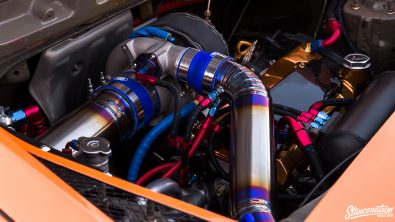 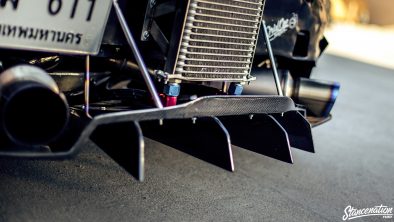 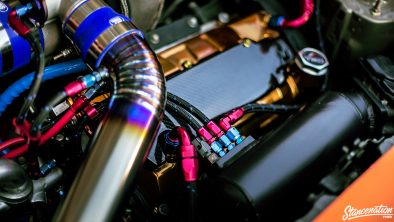 Momm wanted us to know that the car is far from finished and plans on building the motor even further and his new magic number will not be shy of 800rwhp. While we typically don’t feature cars that are aimed in this direction it is nice to see that the bar is always being raised in terms of power and grip. It may not be everyone’s cup of tea, but we are always open to showing appreciation for a car that goes above and beyond in the class that it falls under. Whether it be slammed, tucked, or simply bombing down a certain length of pavement to see the big 1-0 on the clock we can dig it. 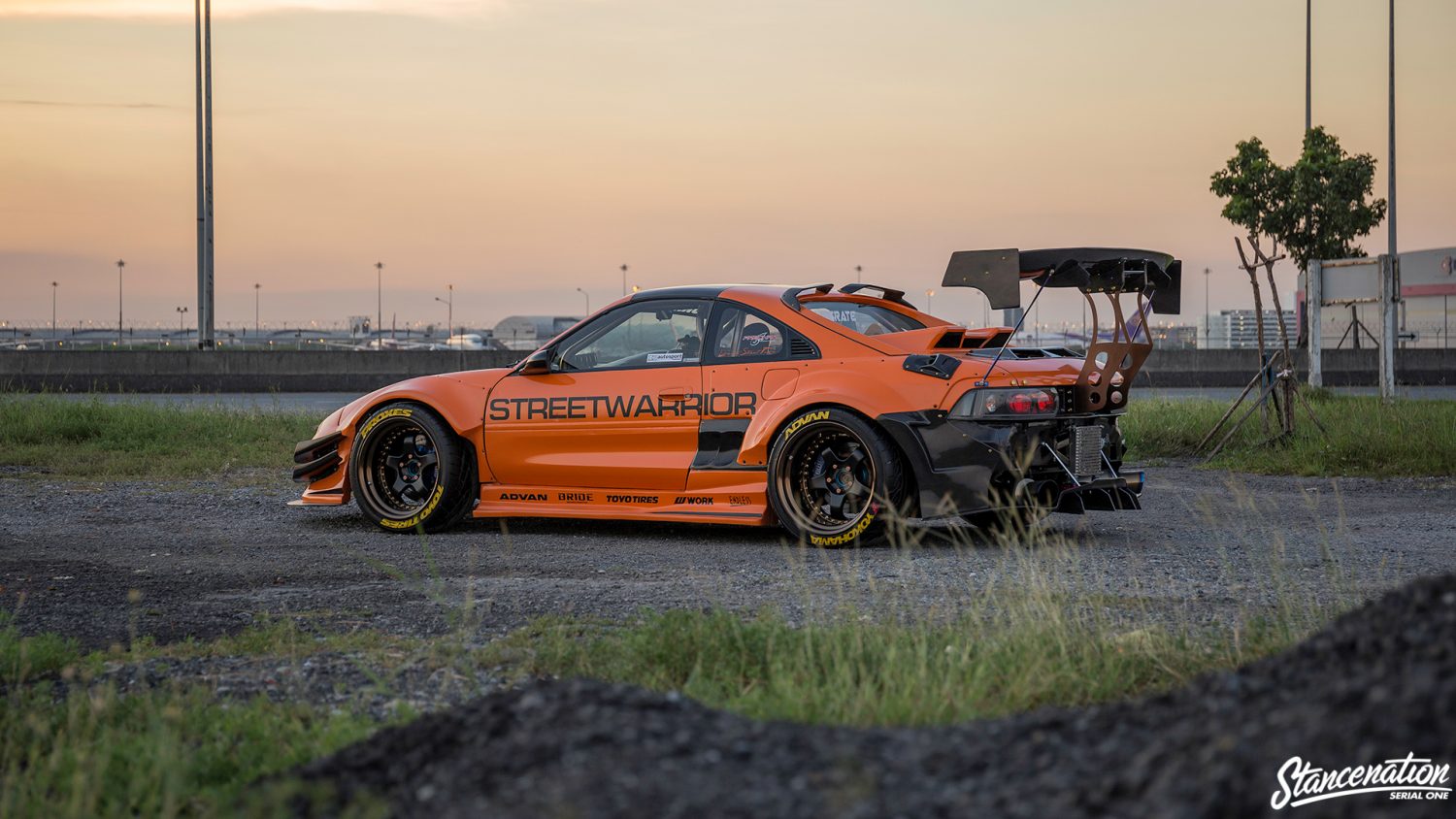 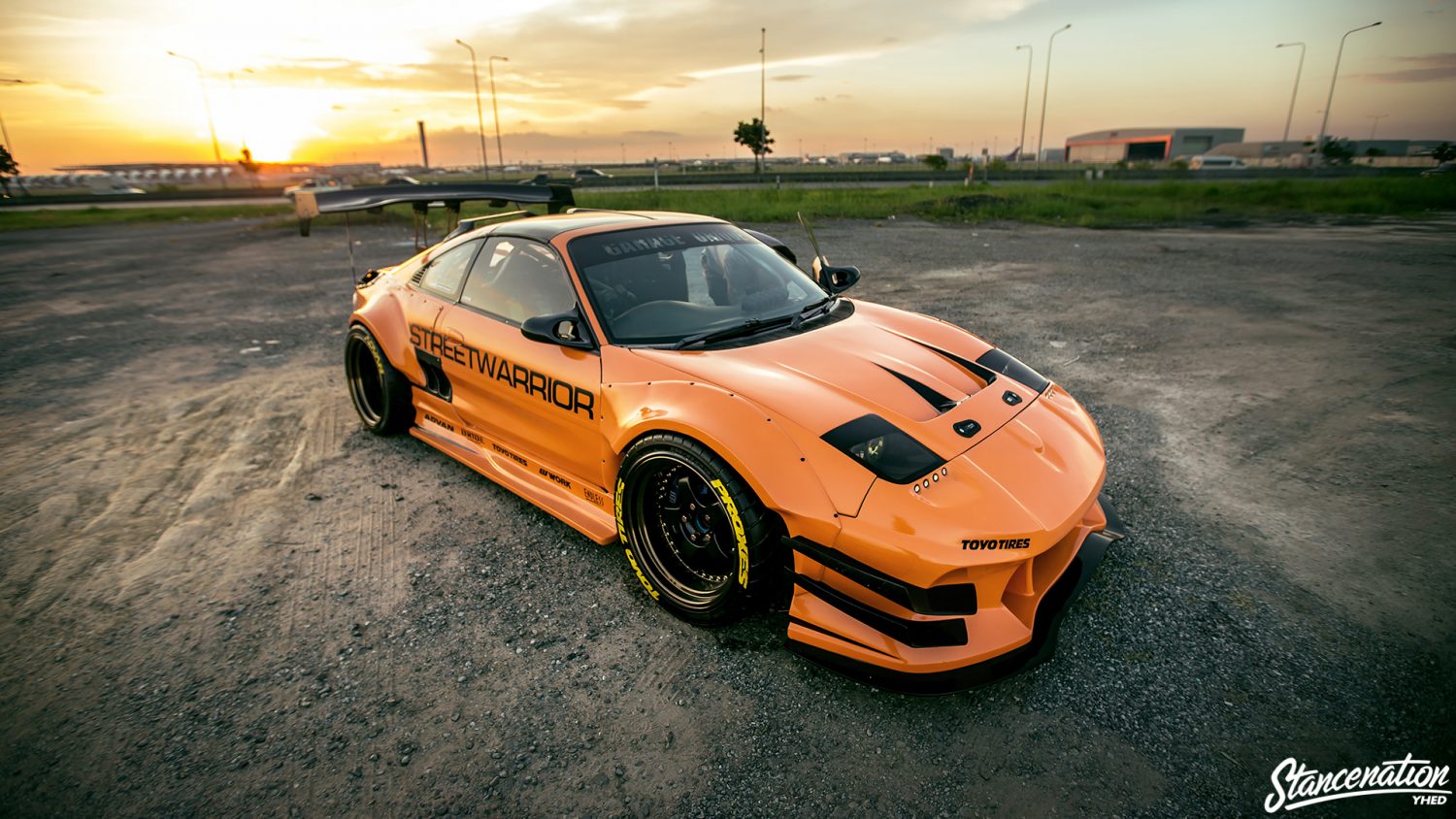 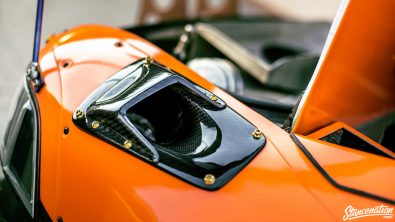 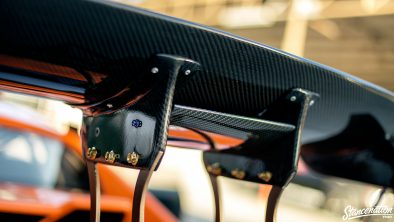 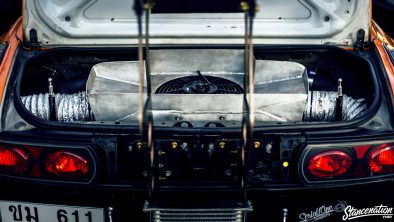