Best of both worlds.. 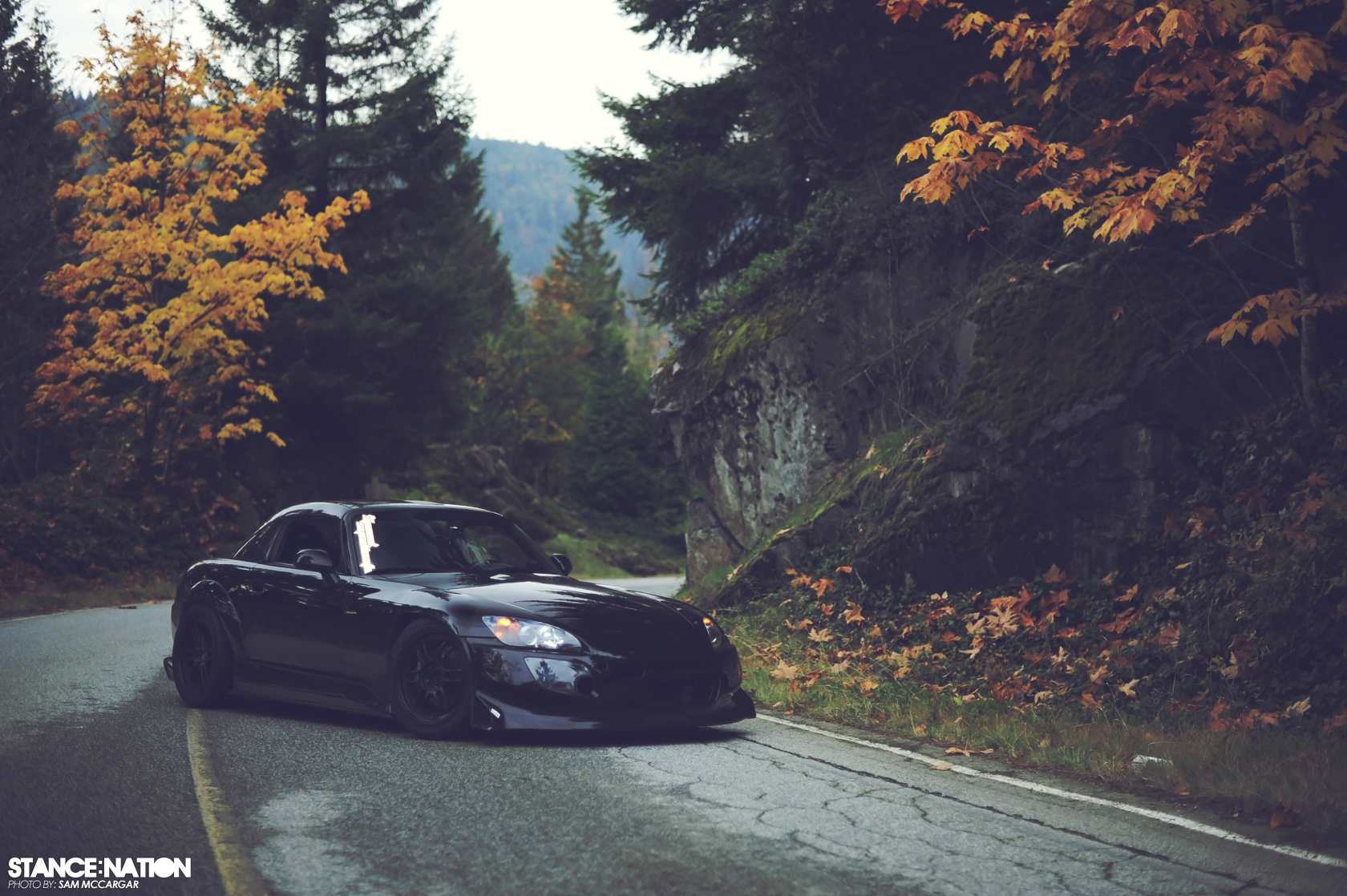 It’s a great honor to present to you Vincent Ong’s incredible Honda S2000 tonight. Vincent had admired and dreamed of owning an S2000 ever since the early teen years so when he finally landed a good paying job he made that dream come true. He never had intentions of turning his car into this wild animal that it is today, but things took a huge turn when he first tracked his stock S2000. It all started with a T1R-70RT exhaust, then came coilovers and of wheels. Before you know it he found himself building one of the “better built S2000’s” out there. What we love and respect even more about this particular build is that all of the work, install, body prep, & interior was done by the man himself. 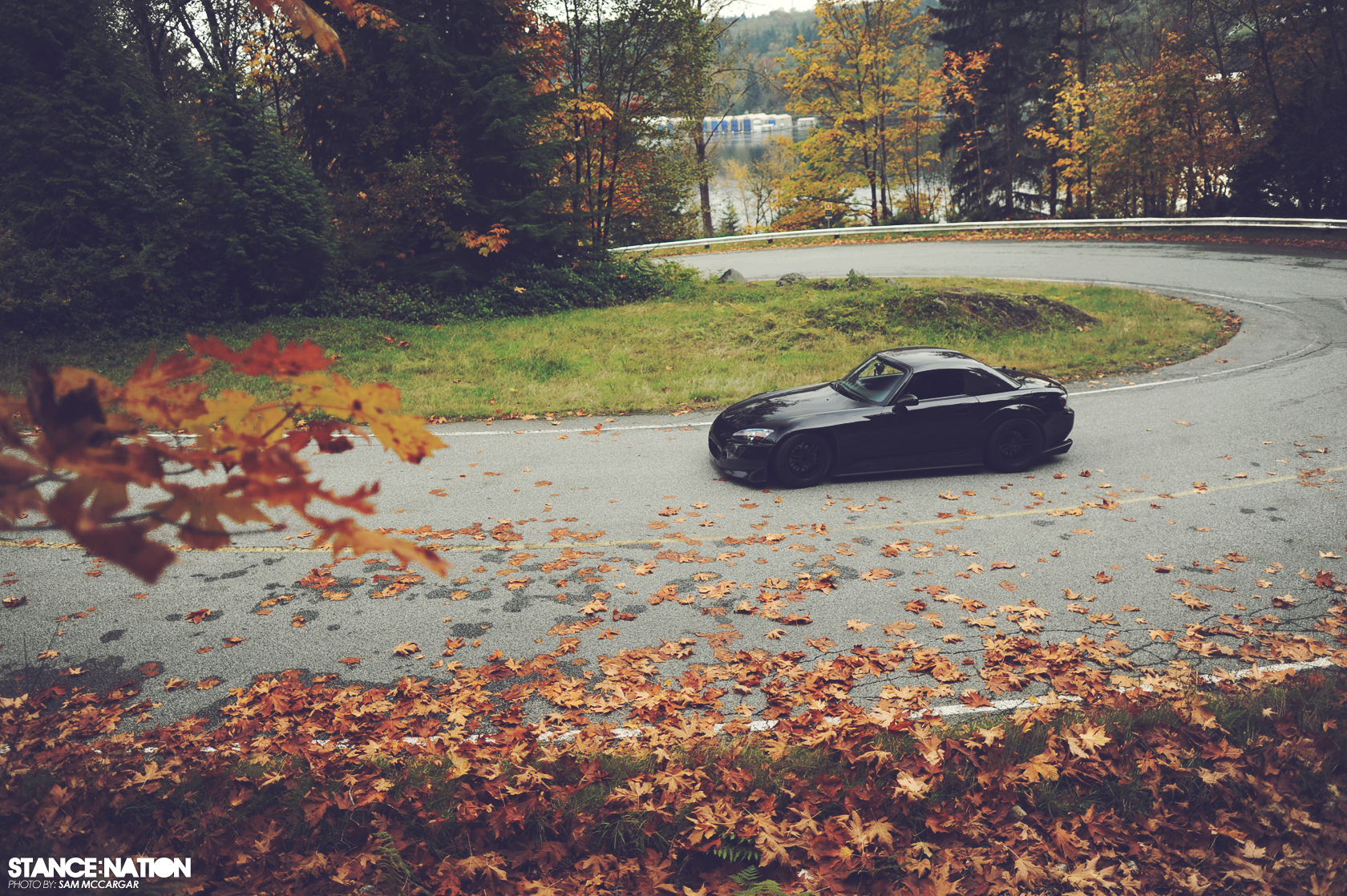 One of the most challenging parts of this build was actually having to do all the work himself. Not that he hated it, but starting from a point where simple oil changes and bolt-ons seemed like rocket science, he certainly faced a lot of fear. Learning from mistakes and spending weeks and weeks at family & friends bodyshop was a great reward. He now spends his free days helping out with friends cars and other automotive enthusiasts. With that said, let’s get into some details here what do you say? Exterior features a Spoon Super Taikyu Front Bumper w/Carbon Underbody. The widened fenders are also from Spoon with custom OEM fender liners and J’s Racing Side Diffusers. The rear overfenders are made by ASM and feature Toyota Tundra rubber seals. Out the back you’ll recognize the AP1 Rear Bumper Conversion with Spoon Carbon Fibre Diffuser. What you won’t see in these photos is the J’s Racing Carbon Fibre Type GT Wing which he took down for this shoot. Lastly, Vincent also went with the Mugen Carbon Fibre Hardtop which of course is one of our favorite tops for the S2K’s. 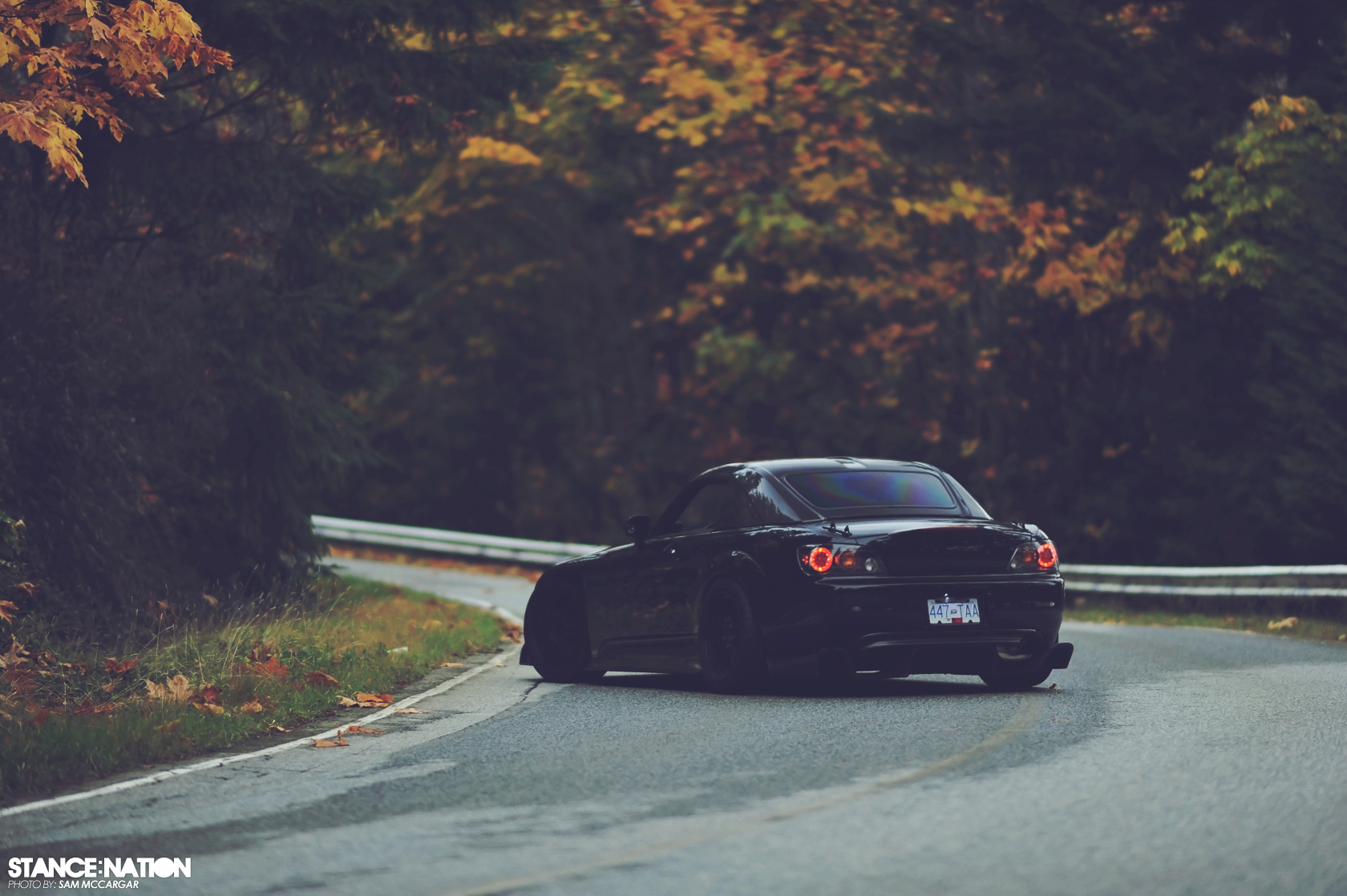 We than come down to that dark set of shoes. Obviously, they are Custom Matte Black Enkei RPF1’s in 17×8 +30 and 17×9 +20 wrapped in Bridgestone RE-11 tires sized at 225/45/R17 and 255/40/R17. Suspension wise, a set of T1R BMAX Race Coilovers were mounted on with Cusco Underbody Ladder Bar & T1r Driveshaft Spacers. He even went a step further and had the a Corner Balanced Track Alignment to his weight and driving style. Vincent also upgraded to Spoon Monoblock Calipers with ATE Superblue Racing Fluid & Carbotech XP10 Front Racing Pads & Carbotech XP8 Rear Racing Pads, Spoon Lines, Spoon Drilled Rotors and lastly the T1R Purple Metallic Lug Nuts. Quality, that’s all there is to say. Hit the Read More button below to find out what lies under the hood of this amazing AP2. 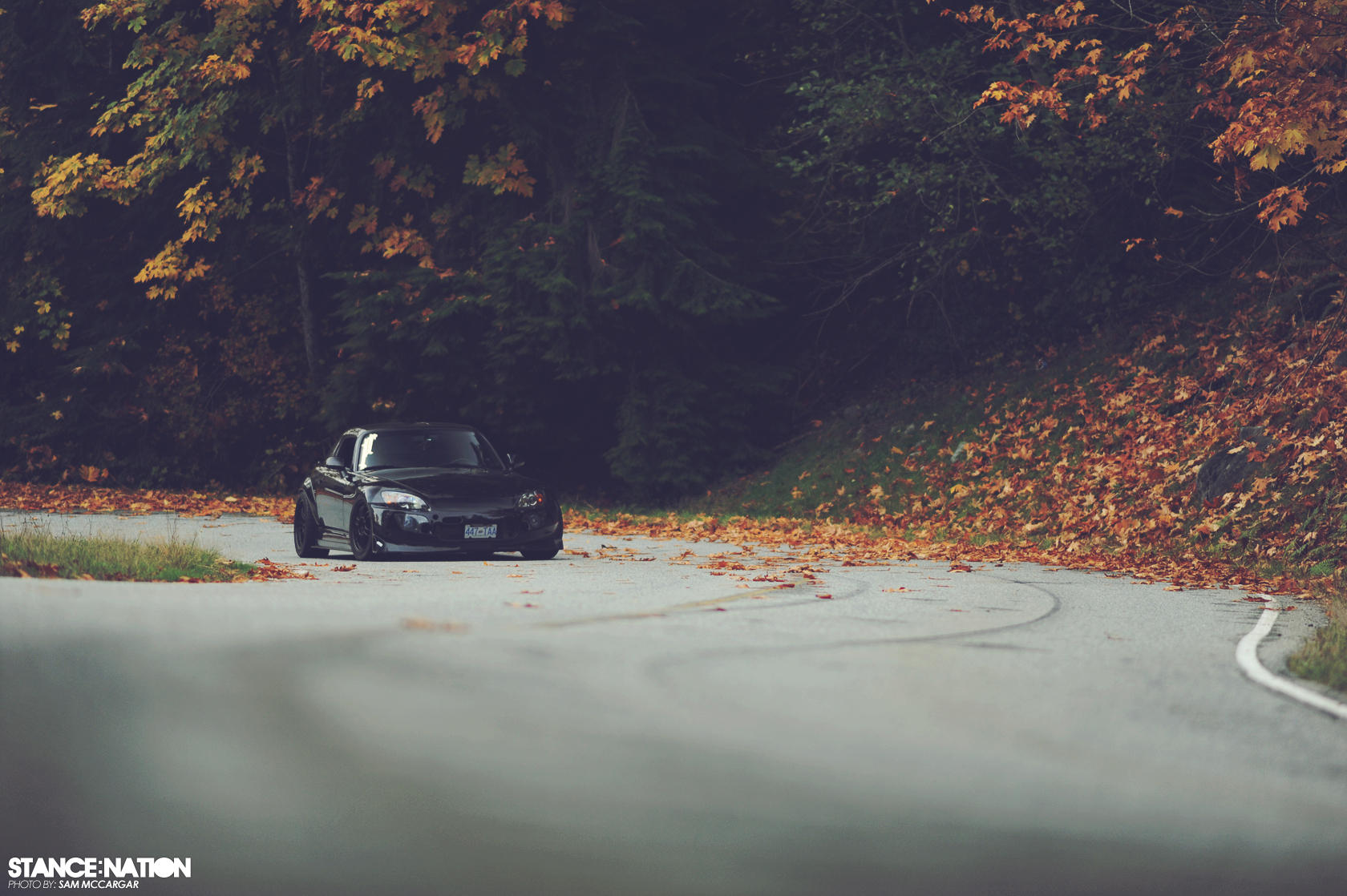 As we said above, working on the car by himself was a challenge. The biggest challenge & reward of the build was installing the Kraftwerks High Boost Supercharger with many mounts, hardwares, pulleys and belts being upgraded. Other stuff that Vincent worked hard on were things like the ARC Strut Bar, ACT HD Clutch, T1R 70mm Testpipe w/ASM 70mm Stainless Exhaust & NRG ETD which is basically an engine torque damper. While this sounds and looks like an incredible ride, Vincent tells us that if he could change one thing, he would’ve bought an older model S2000 with throttle cable. He enjoys the supercharger very much, but his true love are the ITB’s. You never know what the future holds though. 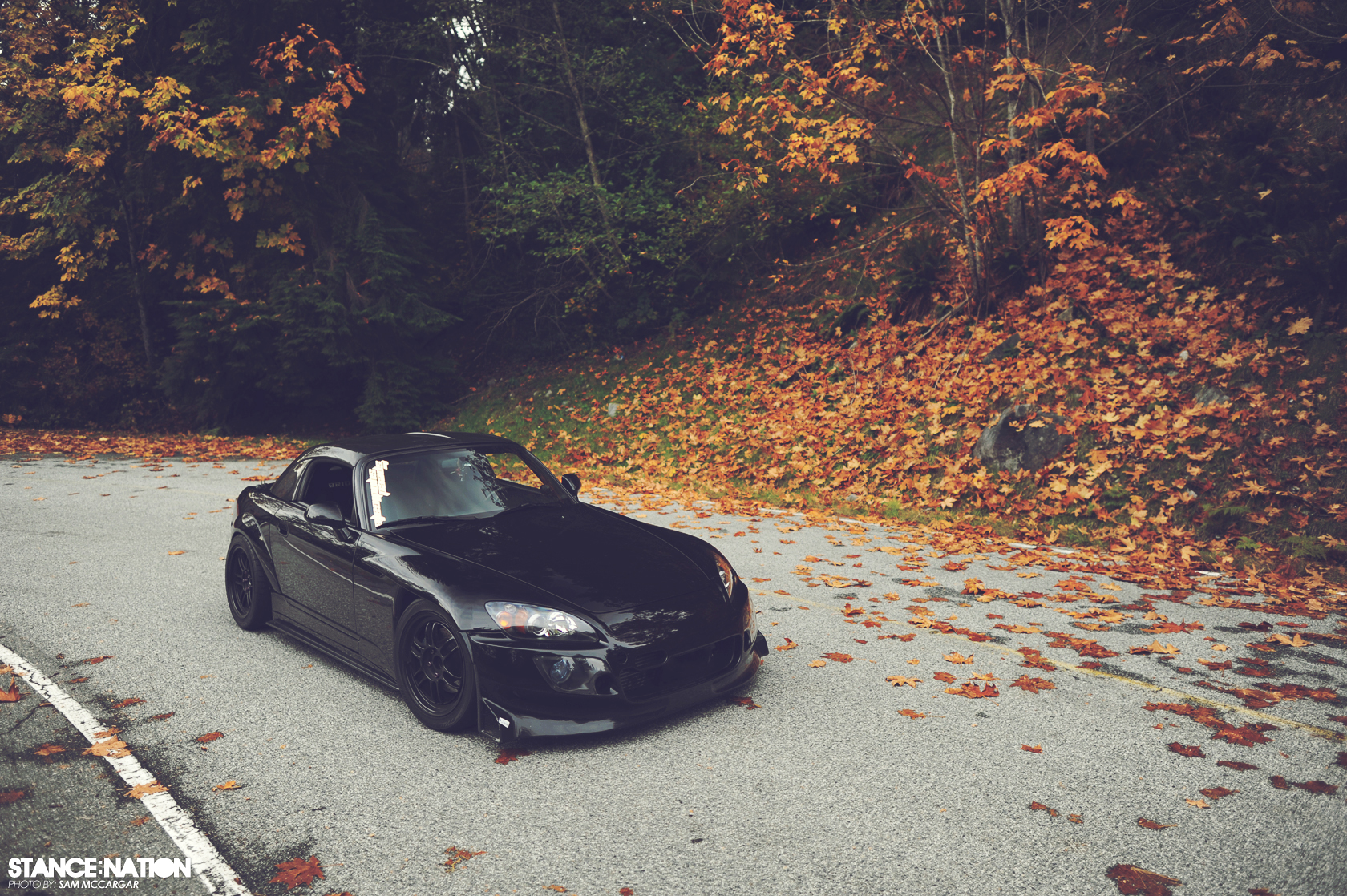 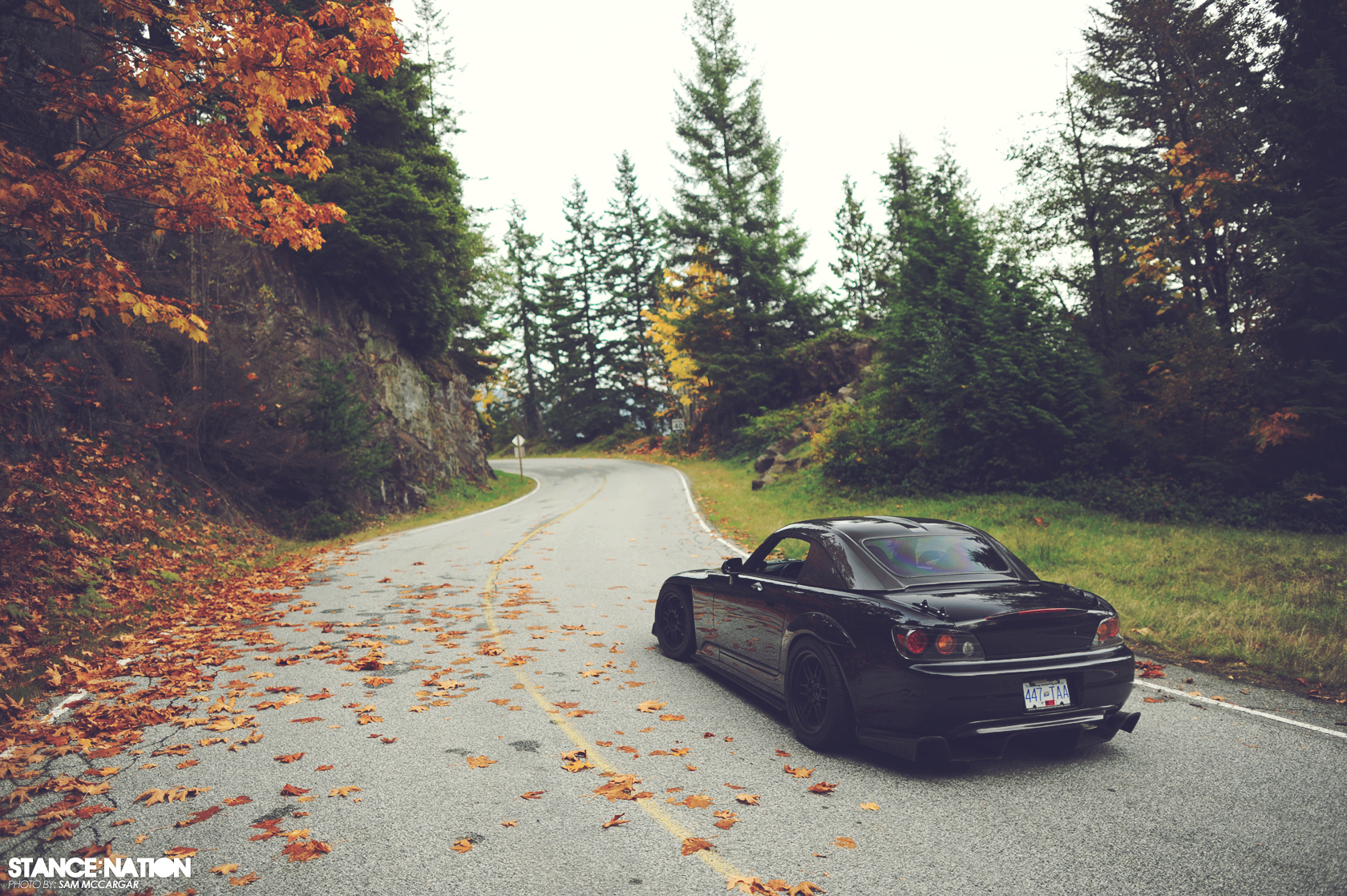 Oh, you thought that was all? Let’s see really quickly what’s inside the cabin shall we? How about a pair of Bride Gias Carbon Kevlar seats with custom hand stitched interior to match the seats? Clearly that wasn’t enough so Vincent added a T1R weighted shiftknob, Gut Soft-top and Interior and replaced all the lighting throughout the car with an LED Conversion. So now that we know a bit about the car, anybody else wondering what Vincent has up his sleeve for 2012? Luckily we already know! 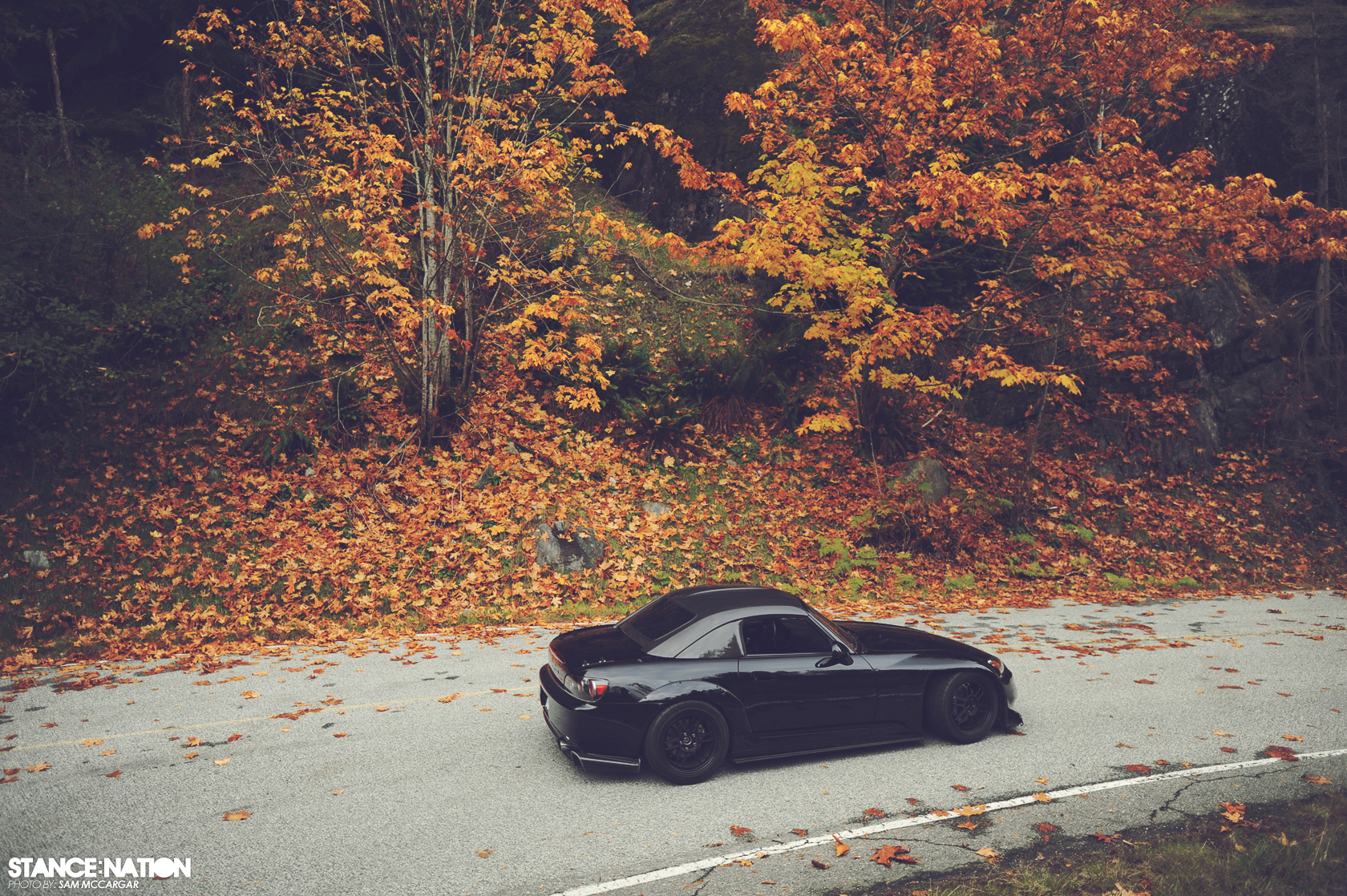 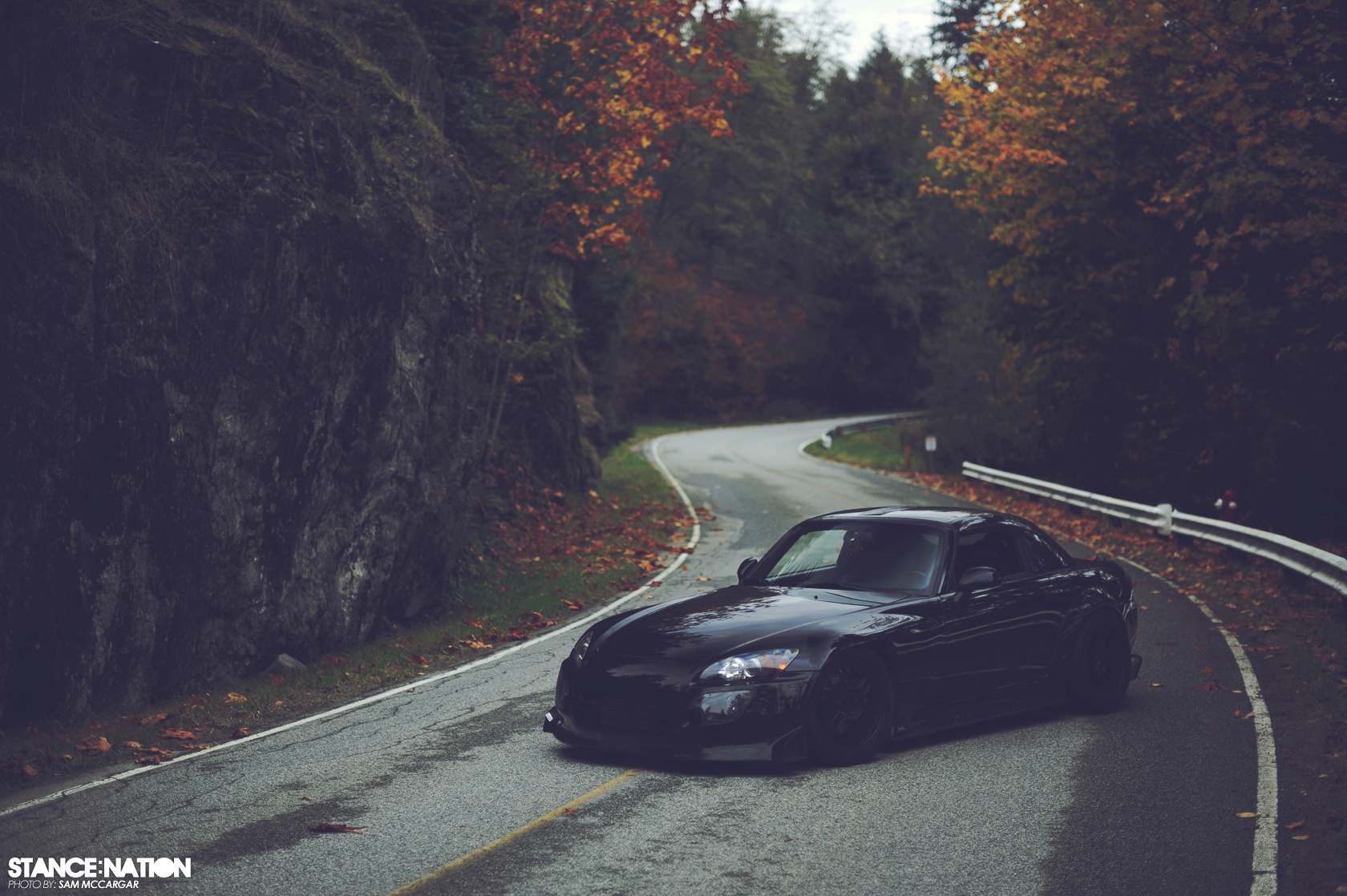 It’s actually a question that always gets him excited, he says. For 2012, he plans on getting concave or dish rims. Something that looks good and is still “usable” on the track. He also plans on getting a contrasting color roll bar with custom work, Spoon bonnet, new suspension goodies, lots of small stuff for the engine bay, internal upgrades and a possible face lift. After all of that is complete, He tells us that he will “probably go on a long hiatus and eventually build an NSX or a Datsun. 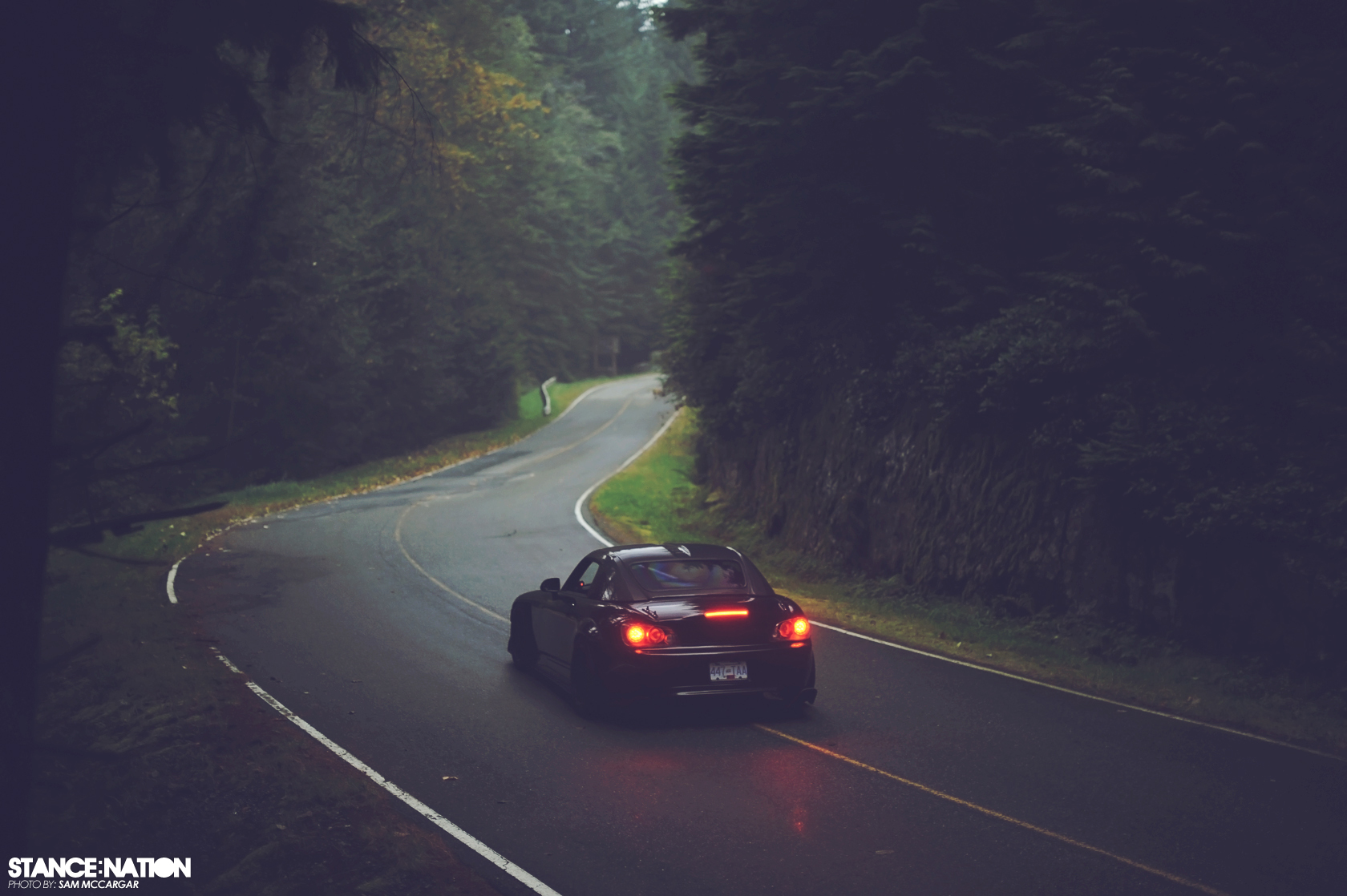 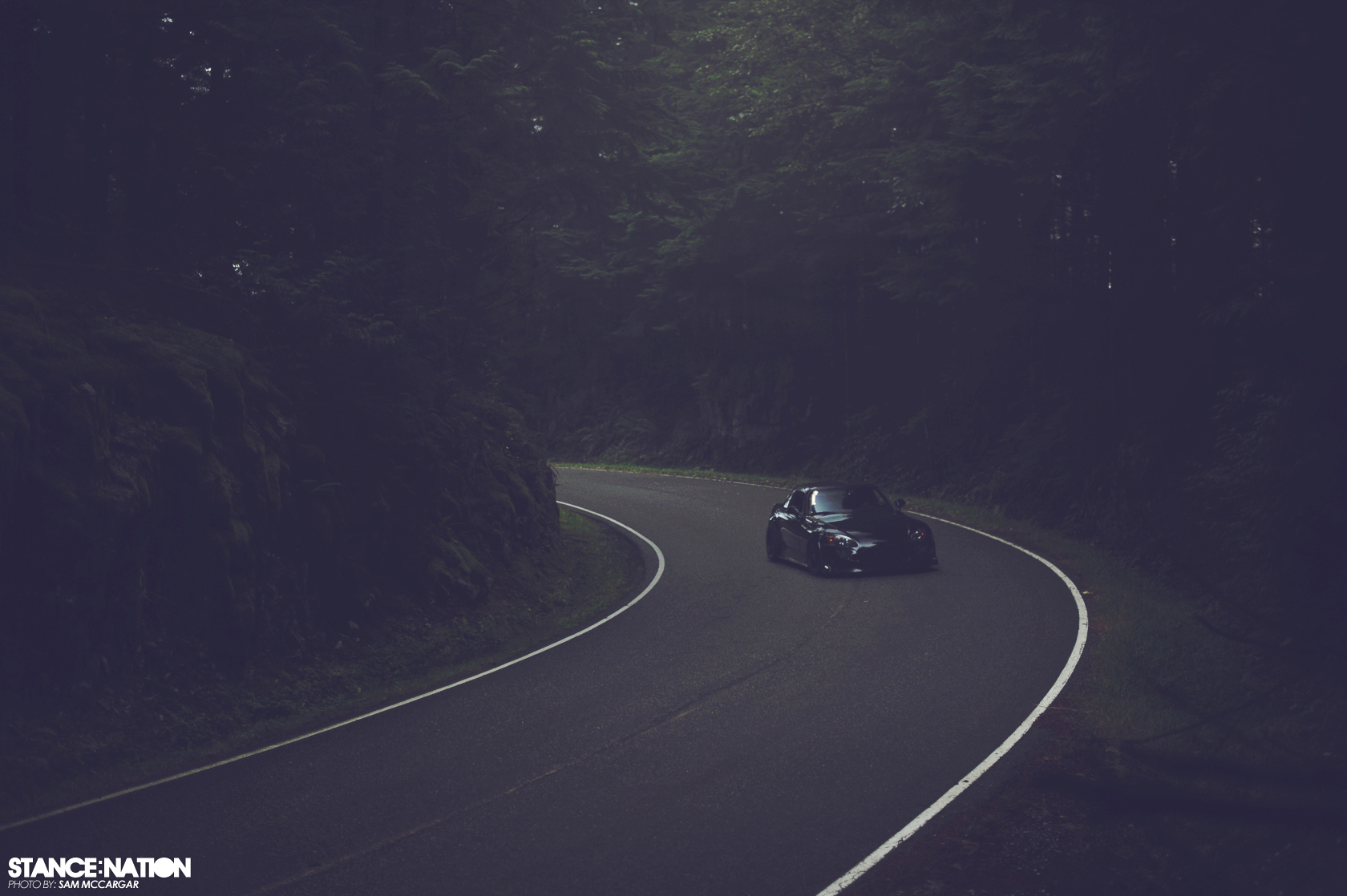 With that said, we’ll wrap this incredible feature up with a huge shout out to Sam McCargar for submitting these amazing photos to us and of course Vincent Ong for building such an incredible ride. Vincent also asked us to give a shoutout to Kim, his family, BBM extended, and good friends over at The Speed Syndicate. If you think your ride has what it takes to be on our site please email us at StanceNation@gmail.com right away! 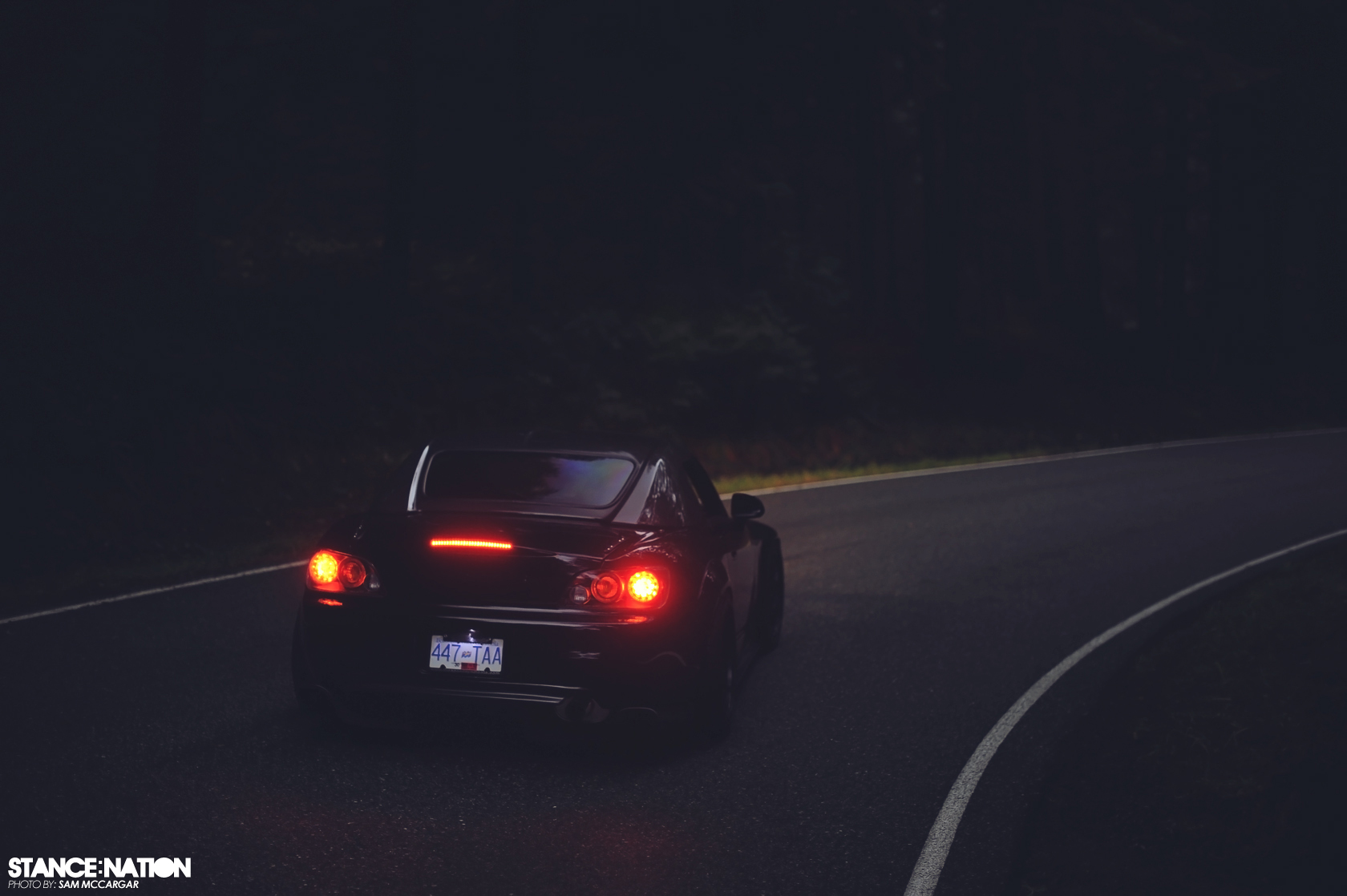