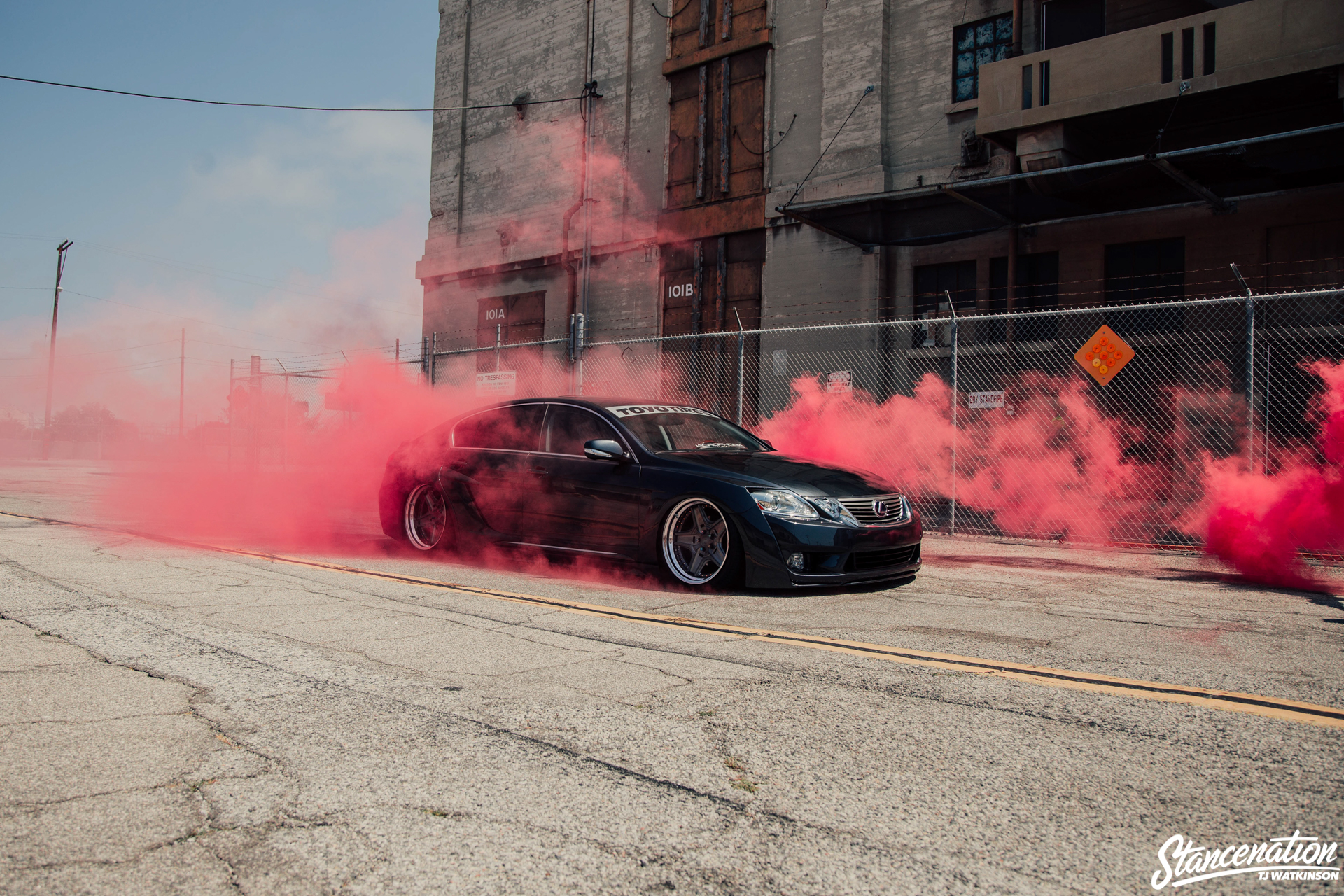 Car modifications are always taken to the extremes. Some of us love to go fast, others raise their mechanical chariots, and some of us love getting as low as possible to the ground. It can get crazy and people love pushing the envelope with how fast, low, or how much lift can be achieved. In any automotive niche or scene, things can create driving scenarios that have a high chance of ruining the things we worked so hard and cherish so dearly. In our particular scene, poor road conditions, inebriated drivers (don’t drink and drive, we all have loved ones), and high driveways are all things that can malfunction bags, curb wheels, and potentially leave your modified ride roadside or splayed out 3-wheeling. So the only reasonable thing besides reasonably modifying the car is to get a daily. But sometimes the mod bug bites, and the artistry that ensues can’t be kept to a single canvas. Just ask Rilber Li of Irvine, CA. 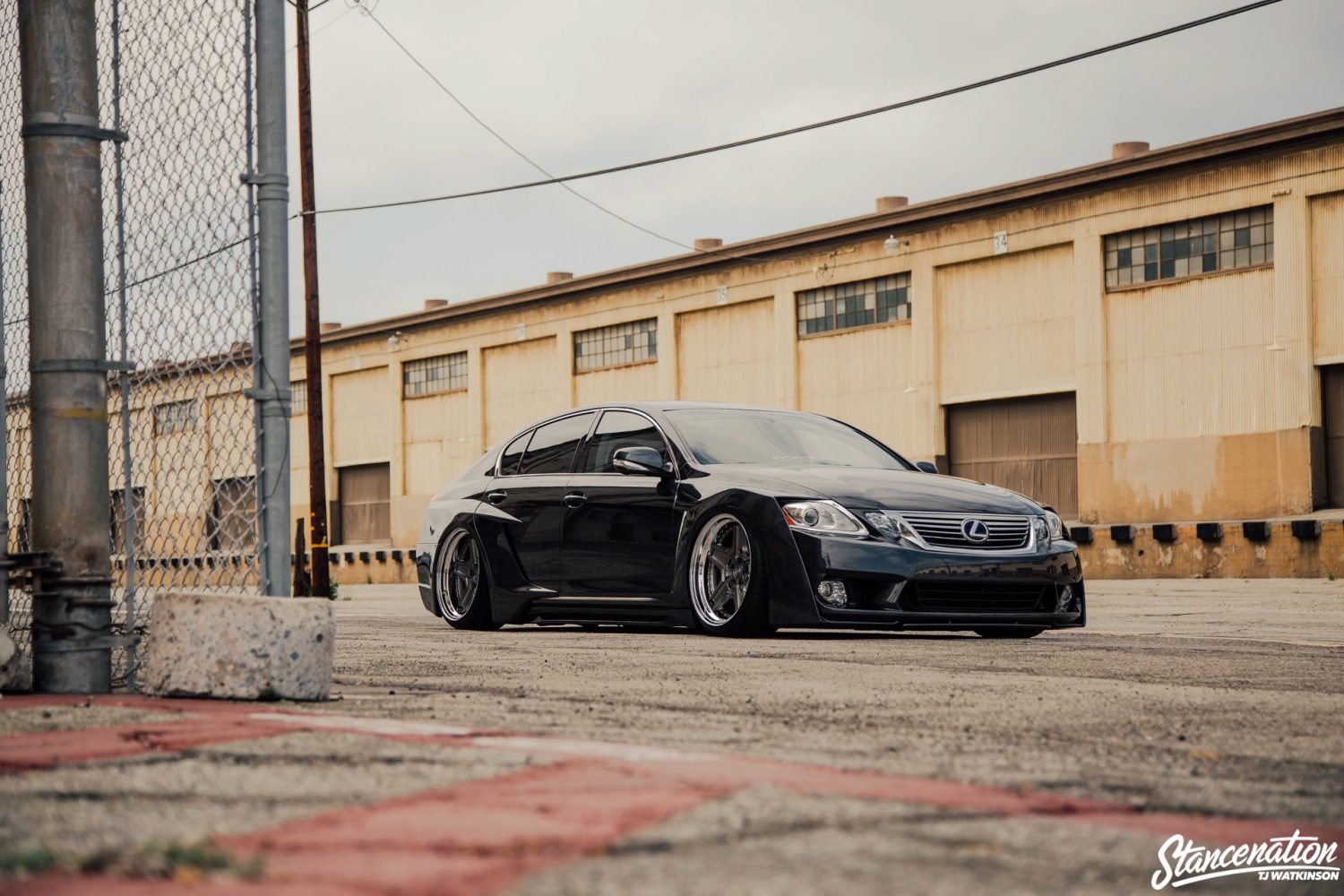 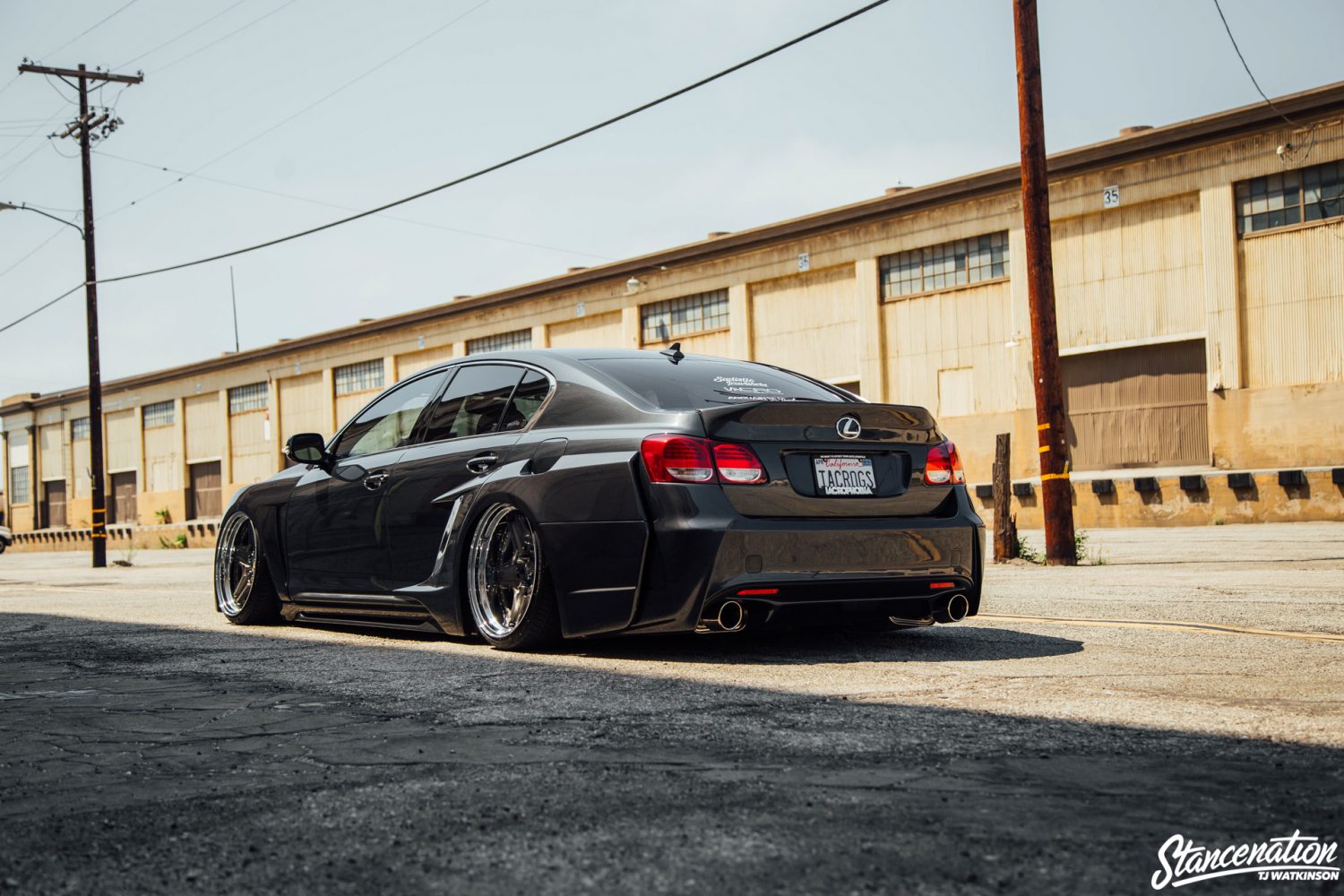 Hailing from Southern California, you may know Rilber Li as @iAcrophobia and his Audi A4. He chose the Lexus GS350 as his platform as it closely resembled the 12th gen Toyota Crown that his family possessed in China. Although it was meant to be his daily while modifying the A4, sometimes things don’t go as planned. By chance, he happened to be working with the Mode Parfume, and the results are the aggressive lines and angles of the GA-MU kit, adding a modern/futuristic twist to the traditional VIP body lines and curvature. Angular lines and flares extend the width of the already wide car, adding vents and accents that are reminiscent of a Gundam. 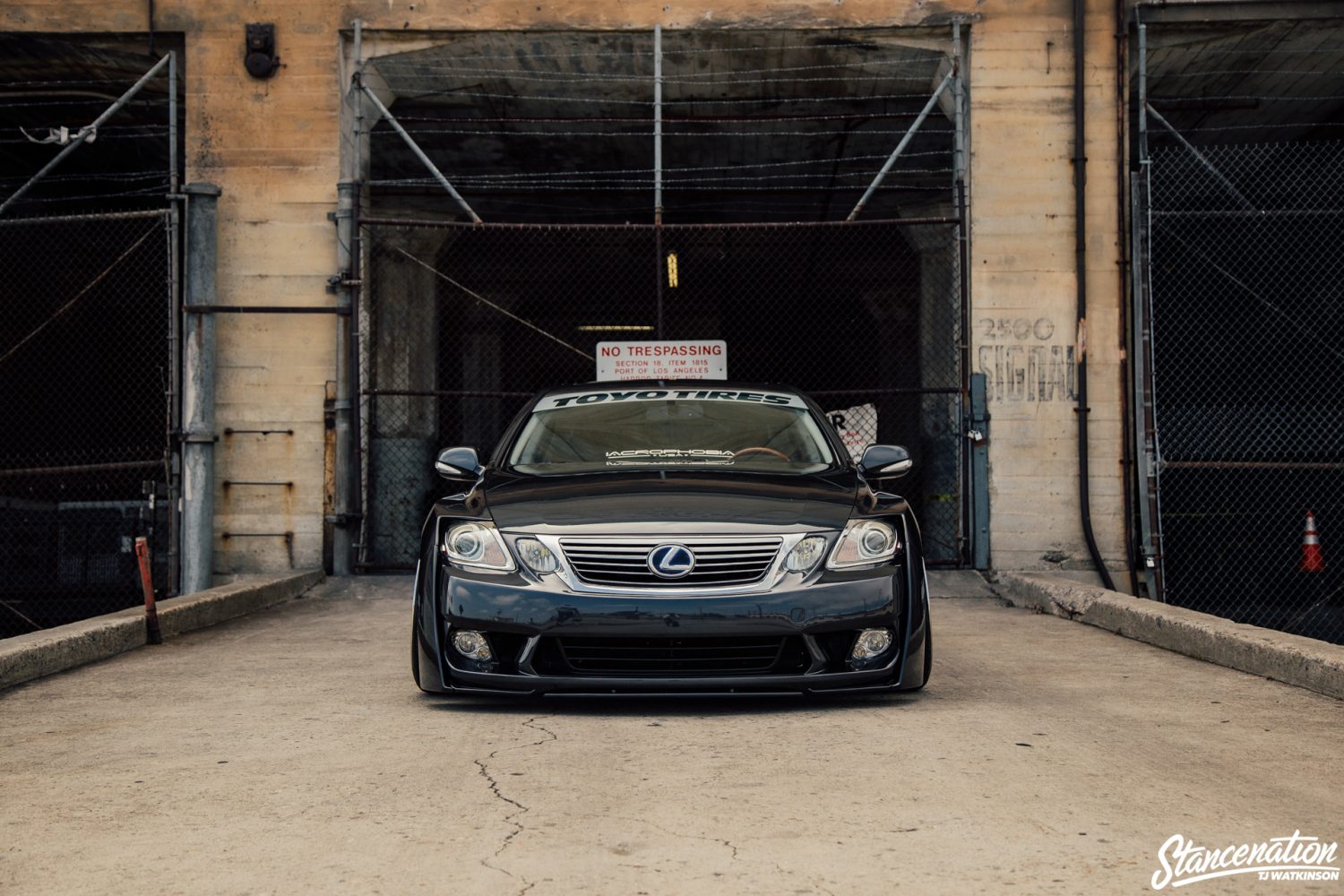 Above: The Mode Parfume 3GS GA-MU Front Bumper frames the front fascia of the GS350, adding a sharper more aggressive front end to the car, nicely offset by the lightly cambered front wheels. The front grille is sourced from a Lexus GS450H with the blue-tinged hybrid emblem still on.

The immaculate paint job is executed flawlessly by Buddha Concepts Designs, bathing this car in an even glistening exterior coat with little-to-no orange peel or imperfections in the paintwork. 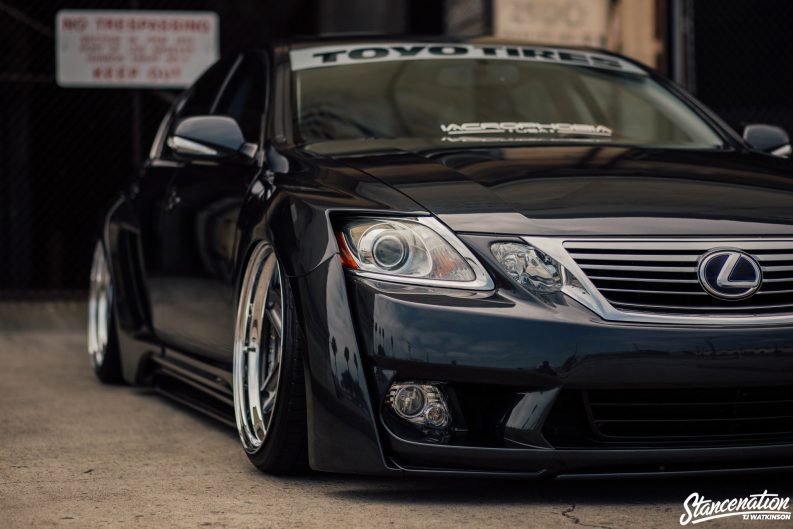 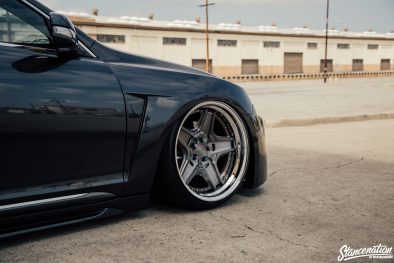 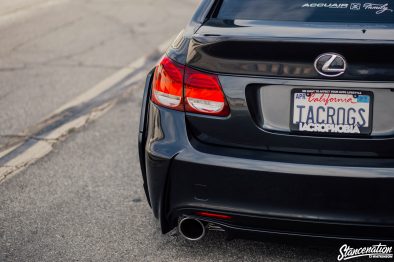 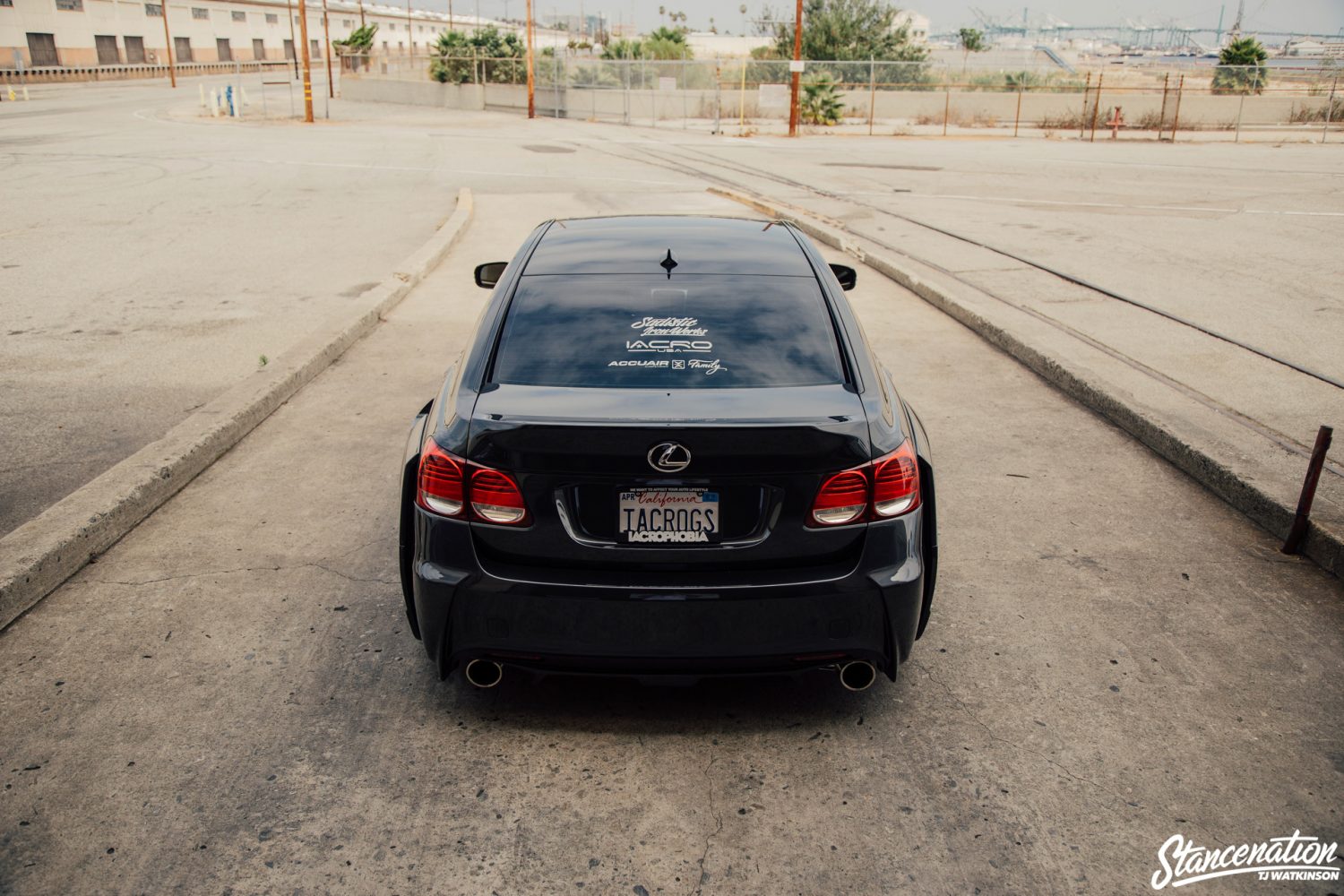 Rilber called on DPE to create a set of EVO-5L in brushed DDT. 24k gold-plated hardware holds everything together while adding golden accents to couple with the chrome double step lip to contrast the brushed faces. The faces work perfectly in conjunction with the bodykit, sharing the aggressive lines and raised or recessed features. Wrapped in Toyo Tires  T1 Sports, Rilber depends on the reliability and tried and true names of Toyo Tires and DPE to maintain excellent road contact and looking good at the same damn time. Suspension is handled by AirRex struts in the front and rear controlled by AccuAir E-Level management to achieve and remember the various ride height, park, and show settings. Various arms from Megan Racing help dial in the perfect suspension geometry, correcting toe, camber, or caster. 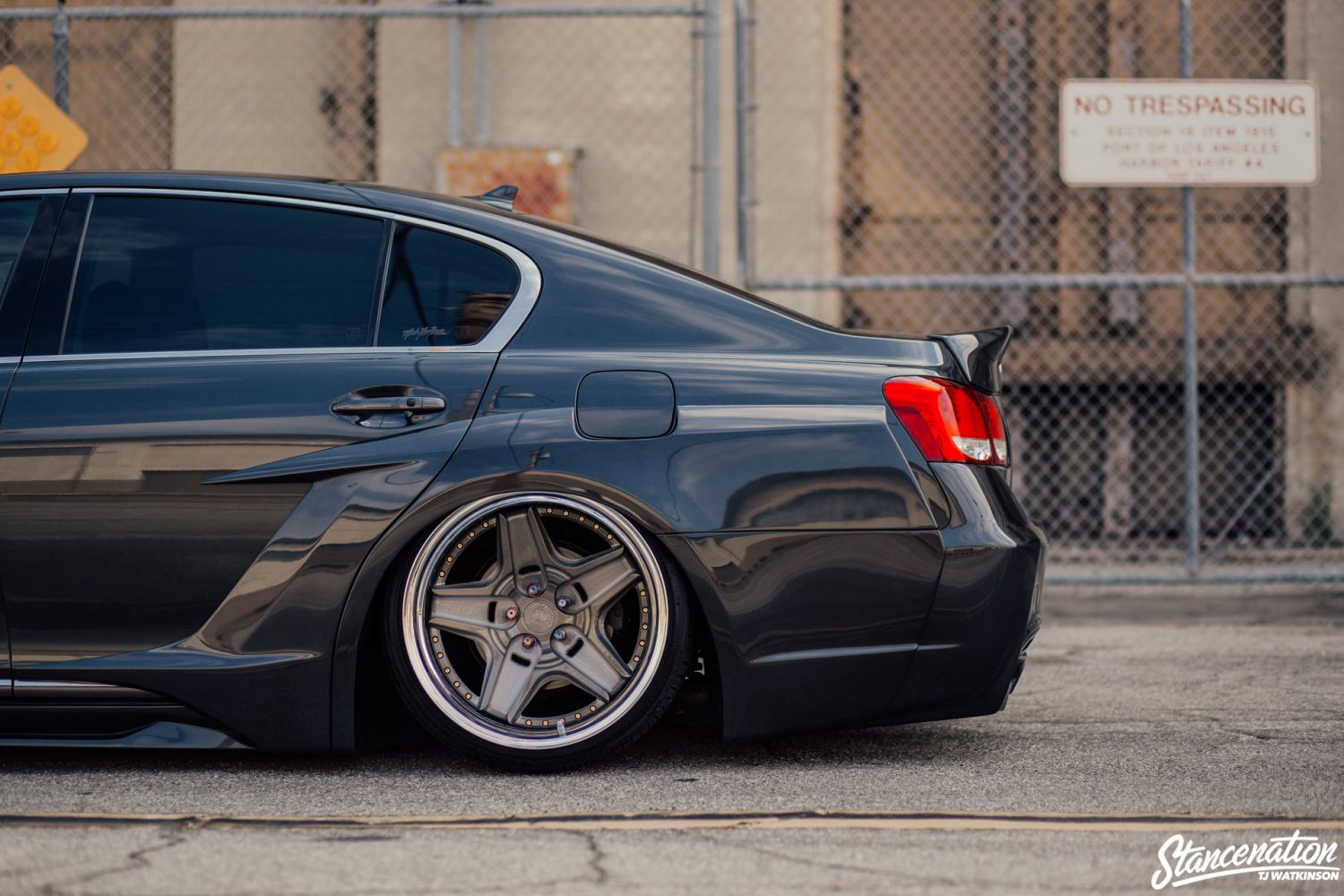 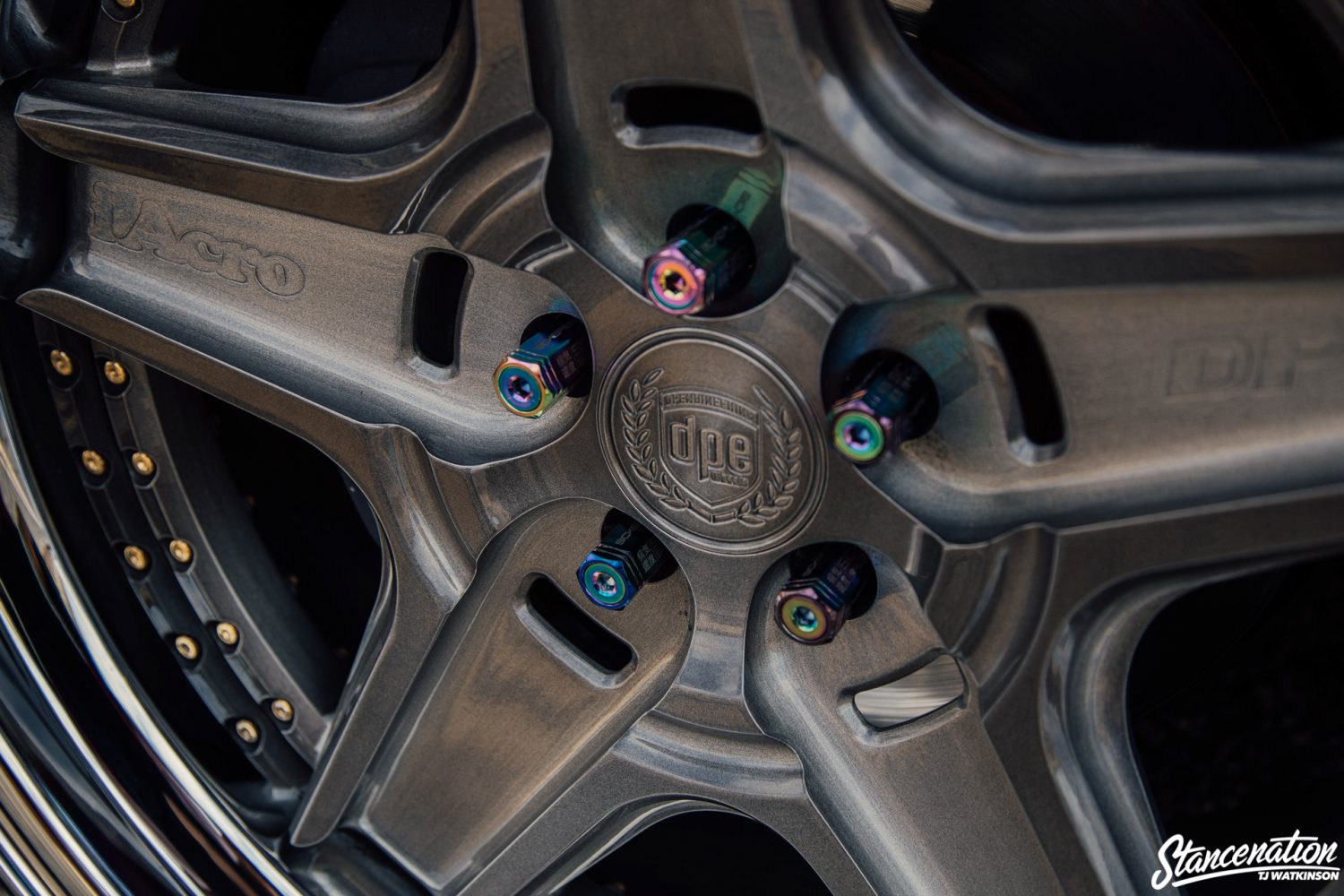 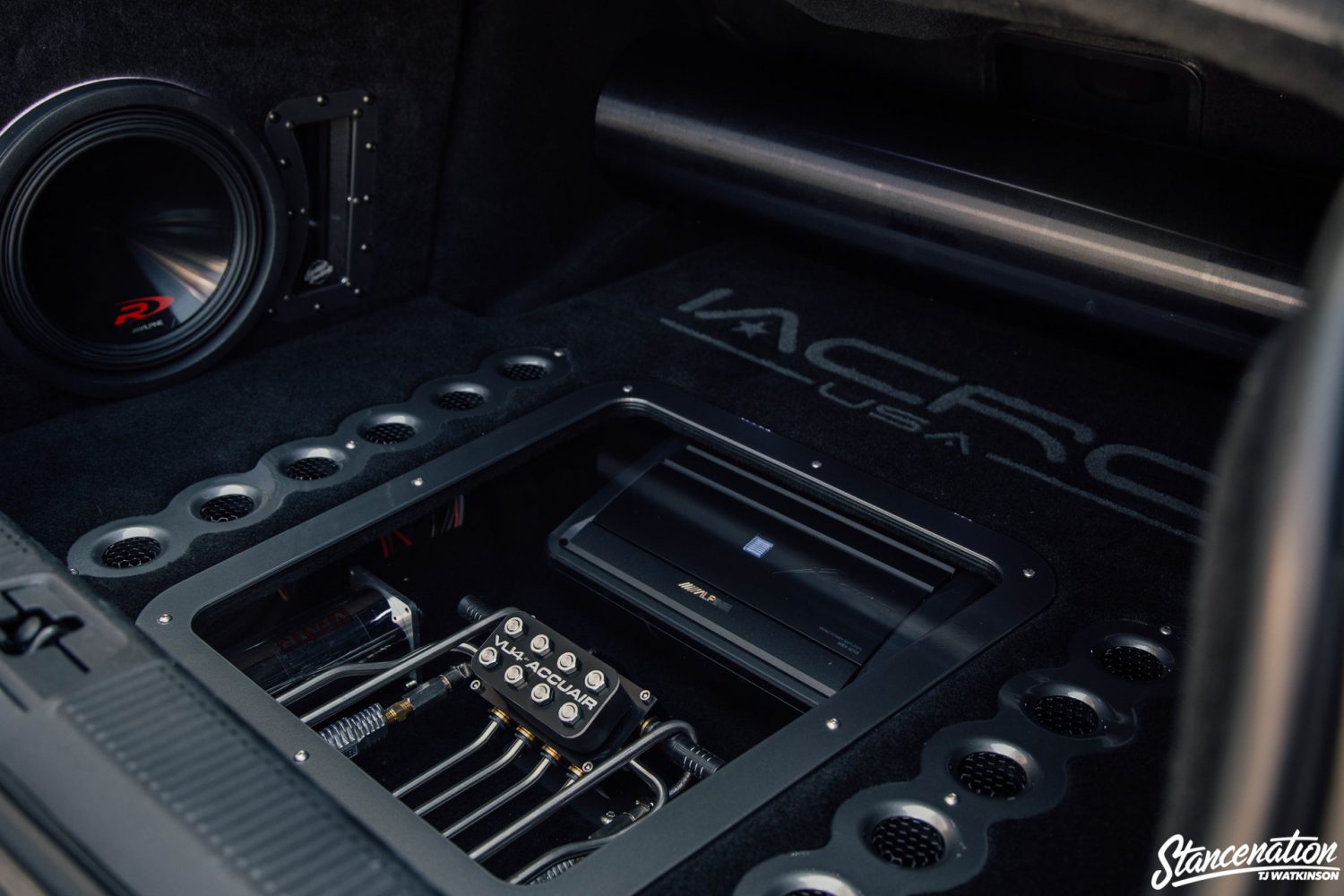 SadisticIronWerks helped create the beautiful trunk set up you see before you with the Accuair E-level management system as the center jewel. Adorned on both ends are a pair of Alpine Type-R 6000W Subwoofers that is sure to bump.

Below: A L-Style Katana Shifter is mounted as the shiftknob, adding a traditional Japanese vibe to this modernized piece of artistry. Wrapped in white with the red base showing through, I personally wish I could see it in black wrap, but that’s just my own two cents. 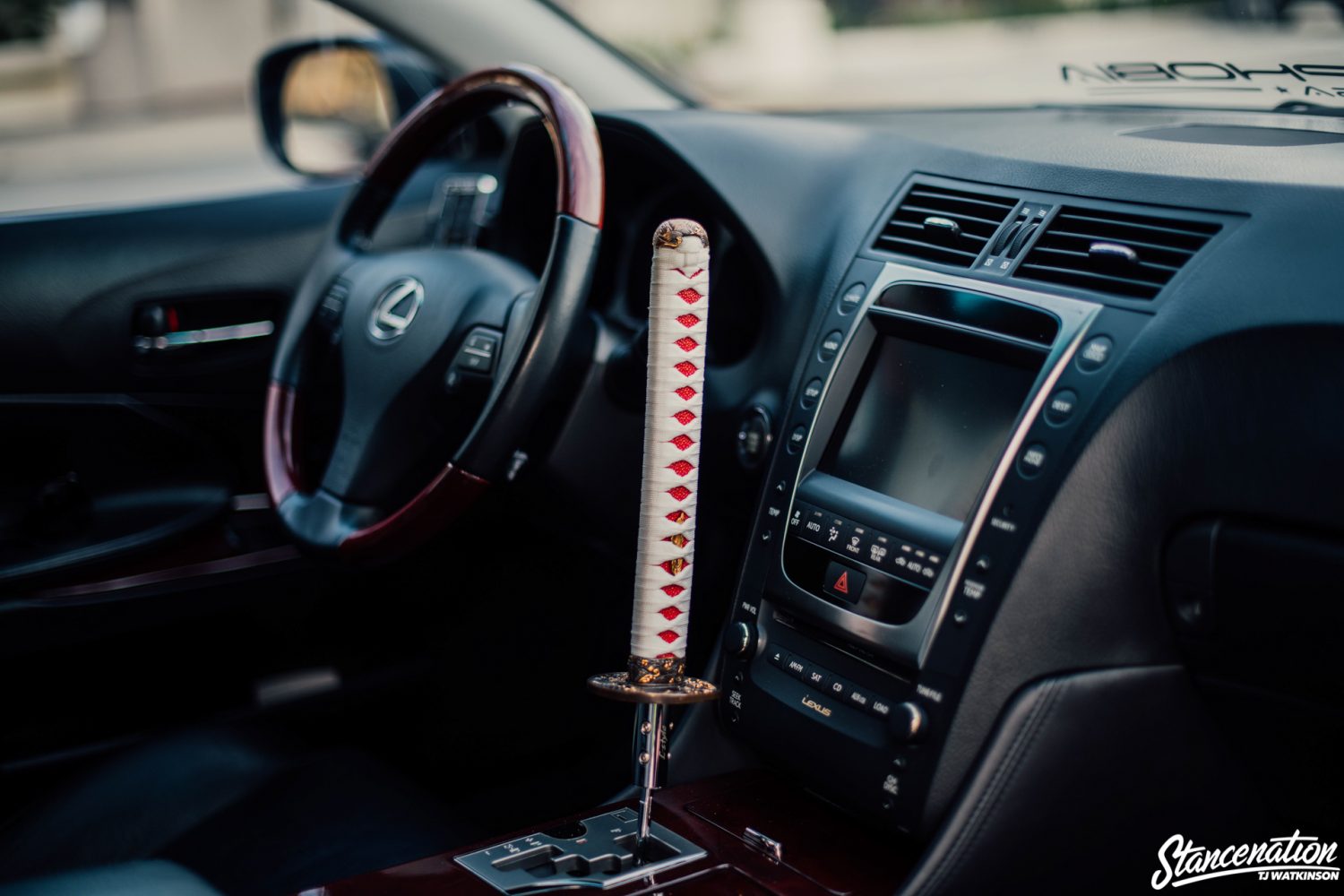 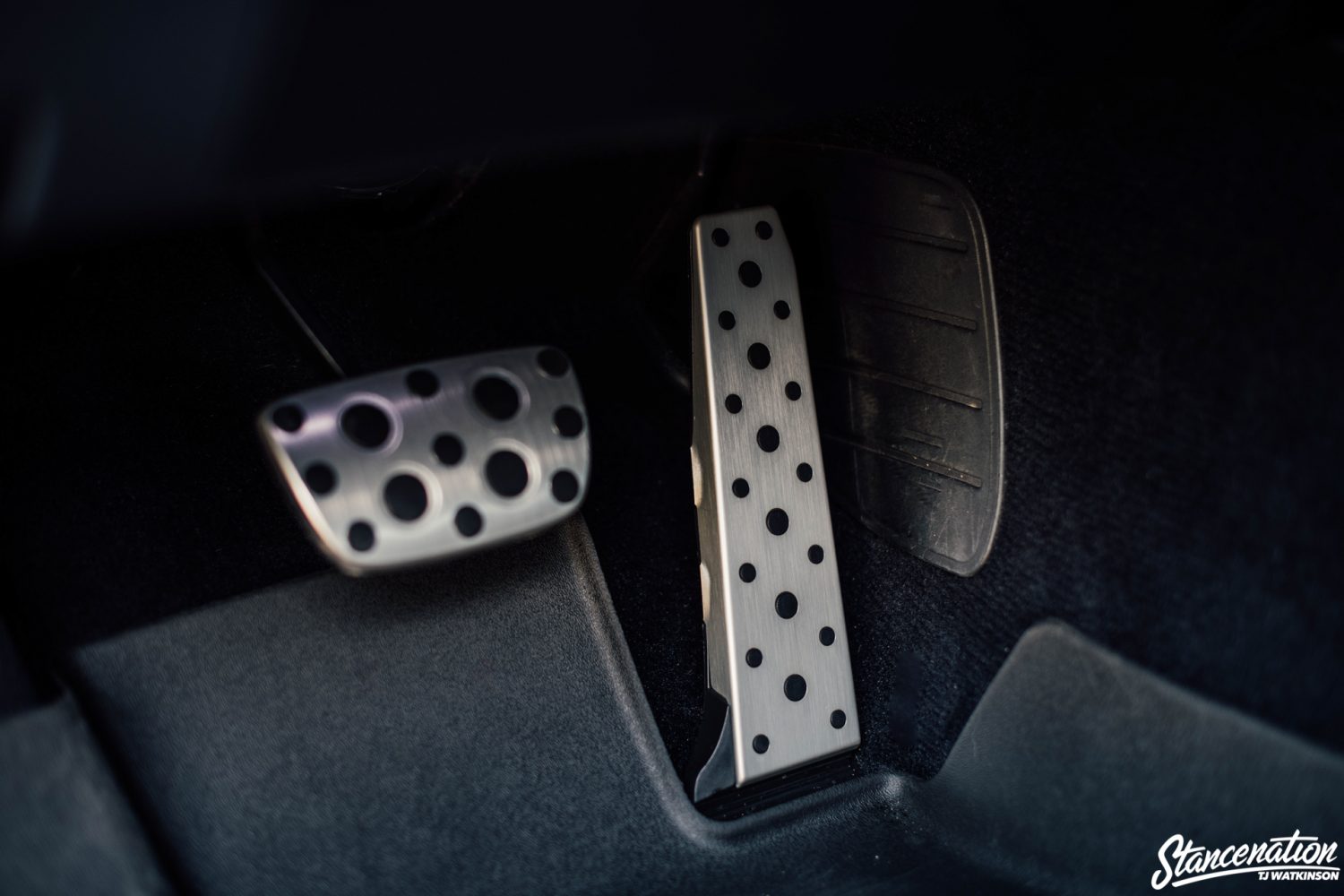 These stupendous shots are provided by TJ Watkinson, capturing the many aggressive and angular lines of the  stunning GS350. Mode Parfume’s GA-MU bodykit really comes together to corral the more subtle and toned down factory body lines and adds a sense of VIP GT styling to the mix. 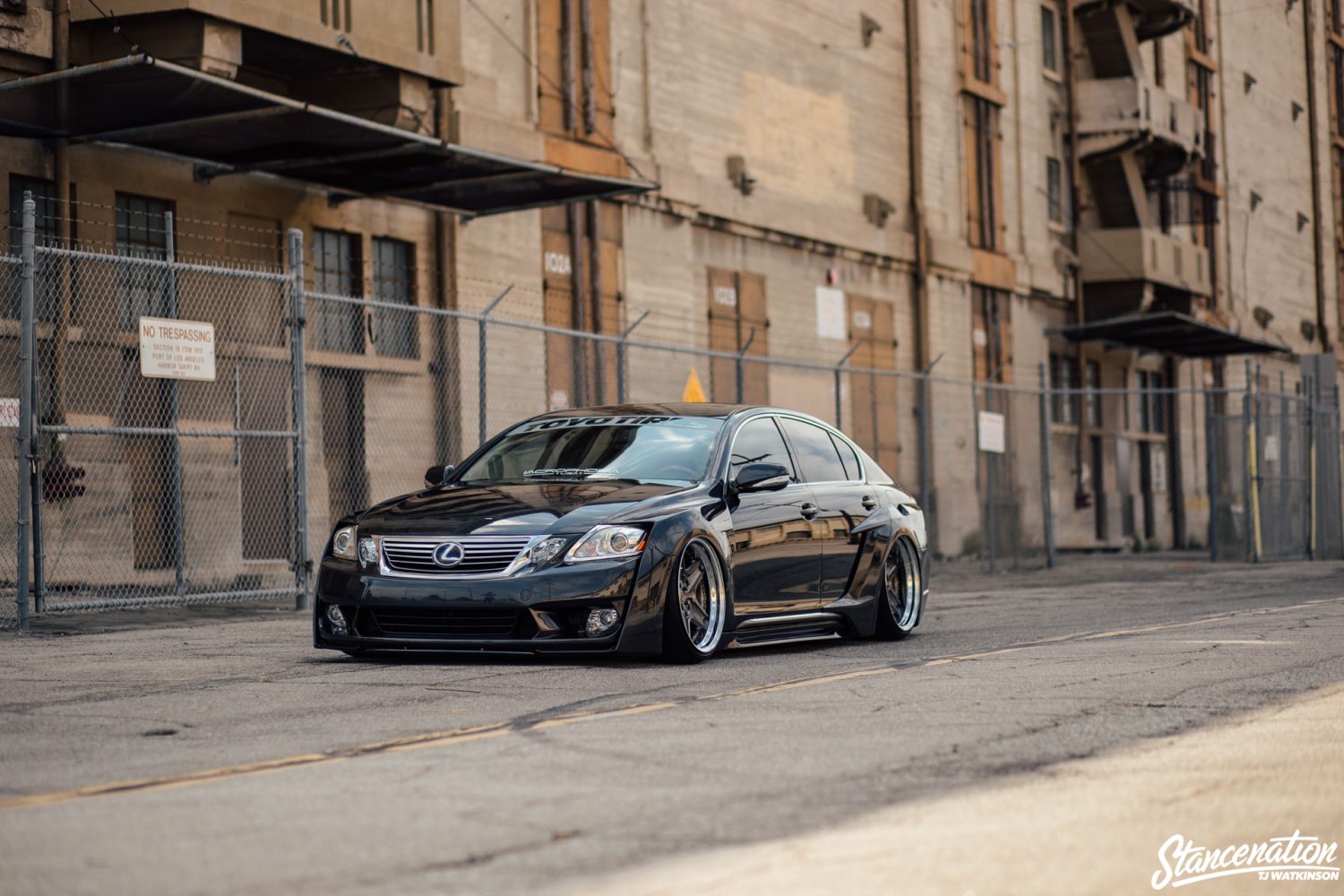 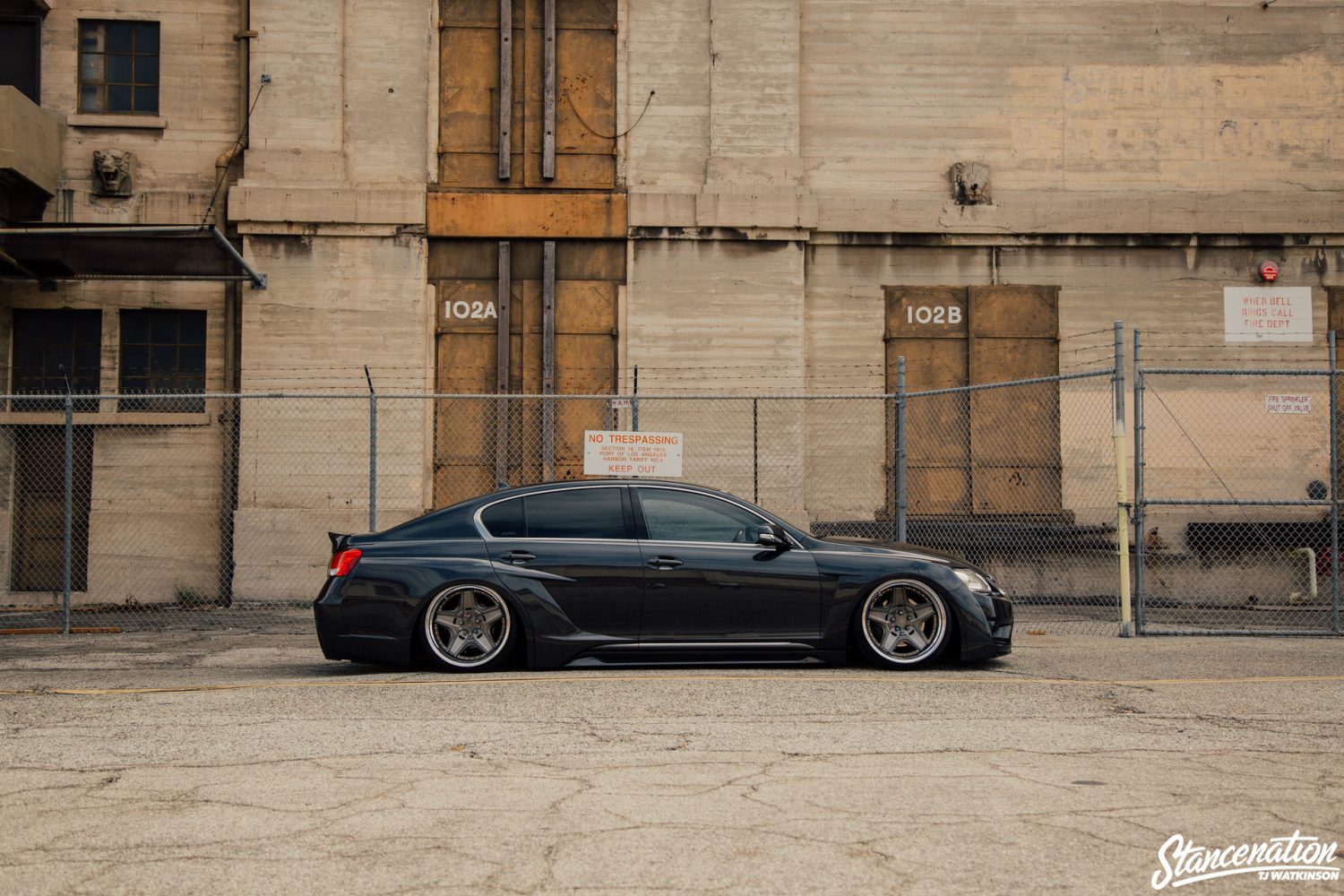 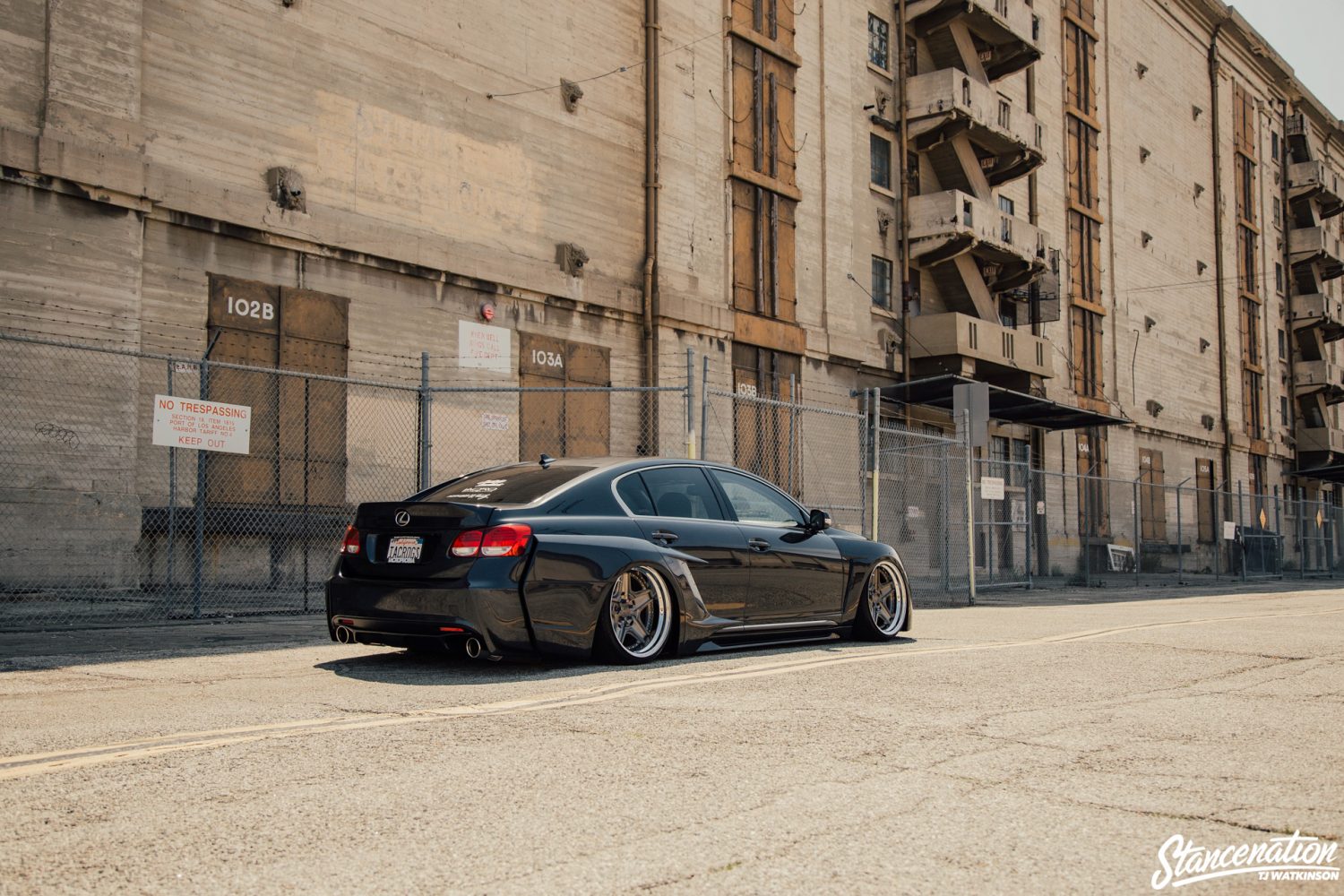 Rilber would love to give a shout out to the companies and friends that have helped him achieve the many accomplishments in the auto industry, with emphasis on this particular build. It also happens to be the thing he loves the most about this hobby and lifestyle is all the people and relationships that can stem and be built from it. With the the A4 and now this GS350 build finishing up, the friends and sense of community that come from and flourish because of the modified car scene will hopefully never end and I think that’s a beautiful thing. 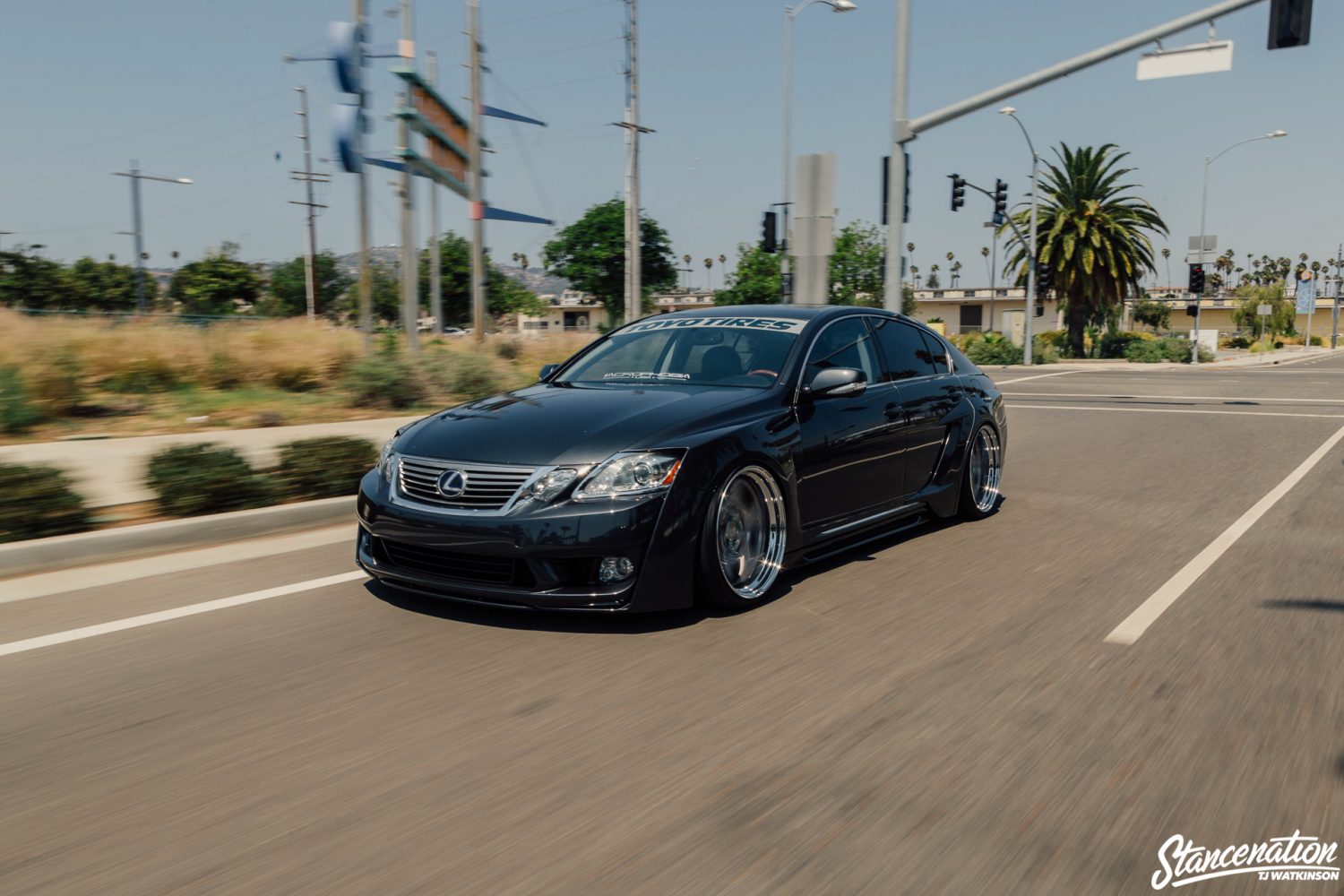 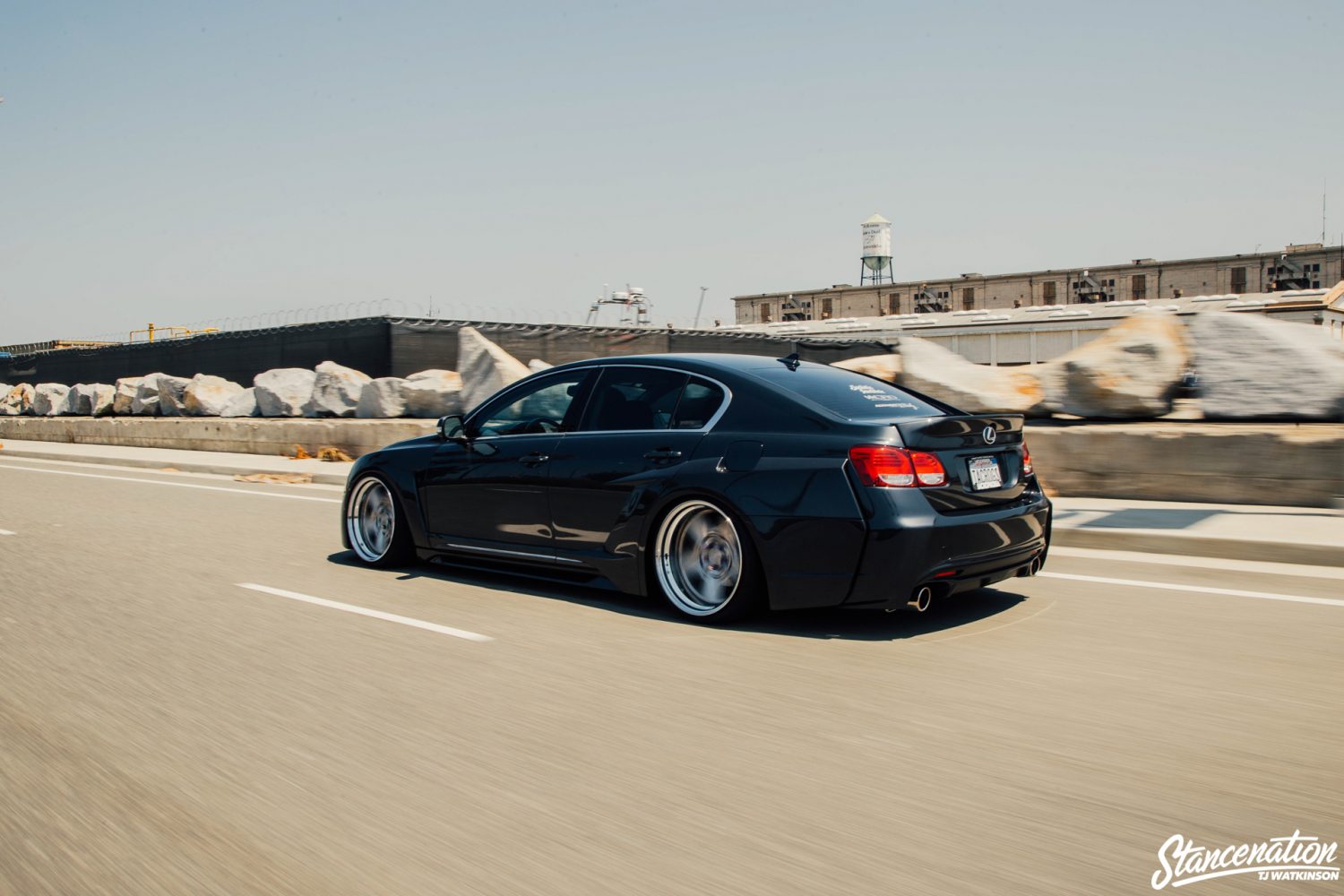