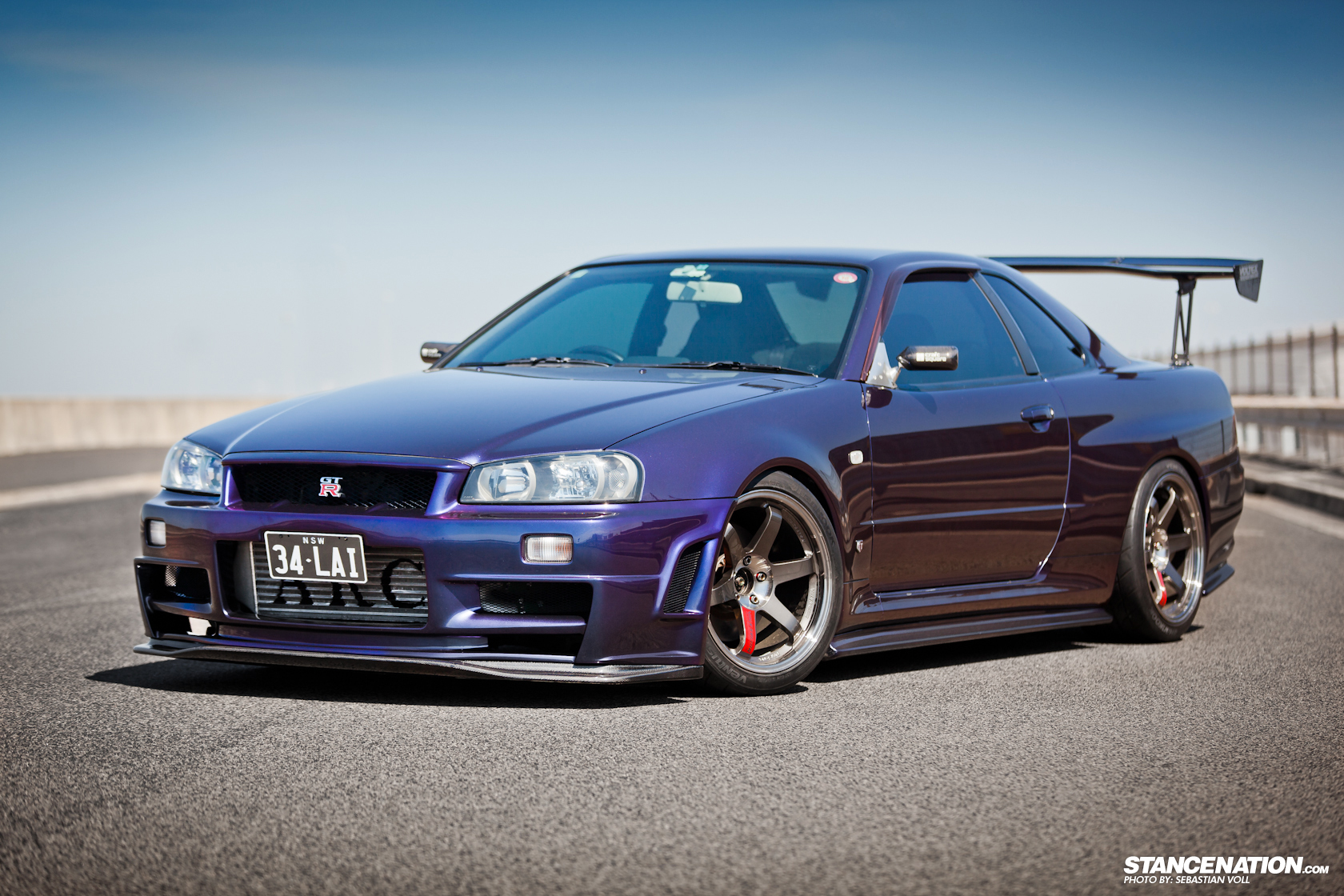 The Nissan Skyline is a car that can grab your attention no matter if modded or bone stock. The car is literally like a fine wine, it just getting better with age. It’s funny that after all these years an R34 remains on the list of cars that everyone wants to own. The lust for the car stems beyond generations. It doesn’t matter if you were born in the 80s, 90s or dare I say 2000’s, there is a great chance that you have the desire to one day own a GTR. I think that for me it started back in the PS1/Gran Turismo days, saving up all those credits to be able to one day buy the Mine’s™ Skyline. Arguably for some, it may even have been the Fast and Furious franchise. For David Lai however, the Skyline was everything he wanted in a car and then some. David describes the car as a raw animal waiting to be unleashed on the streets of Sydney, Australia. 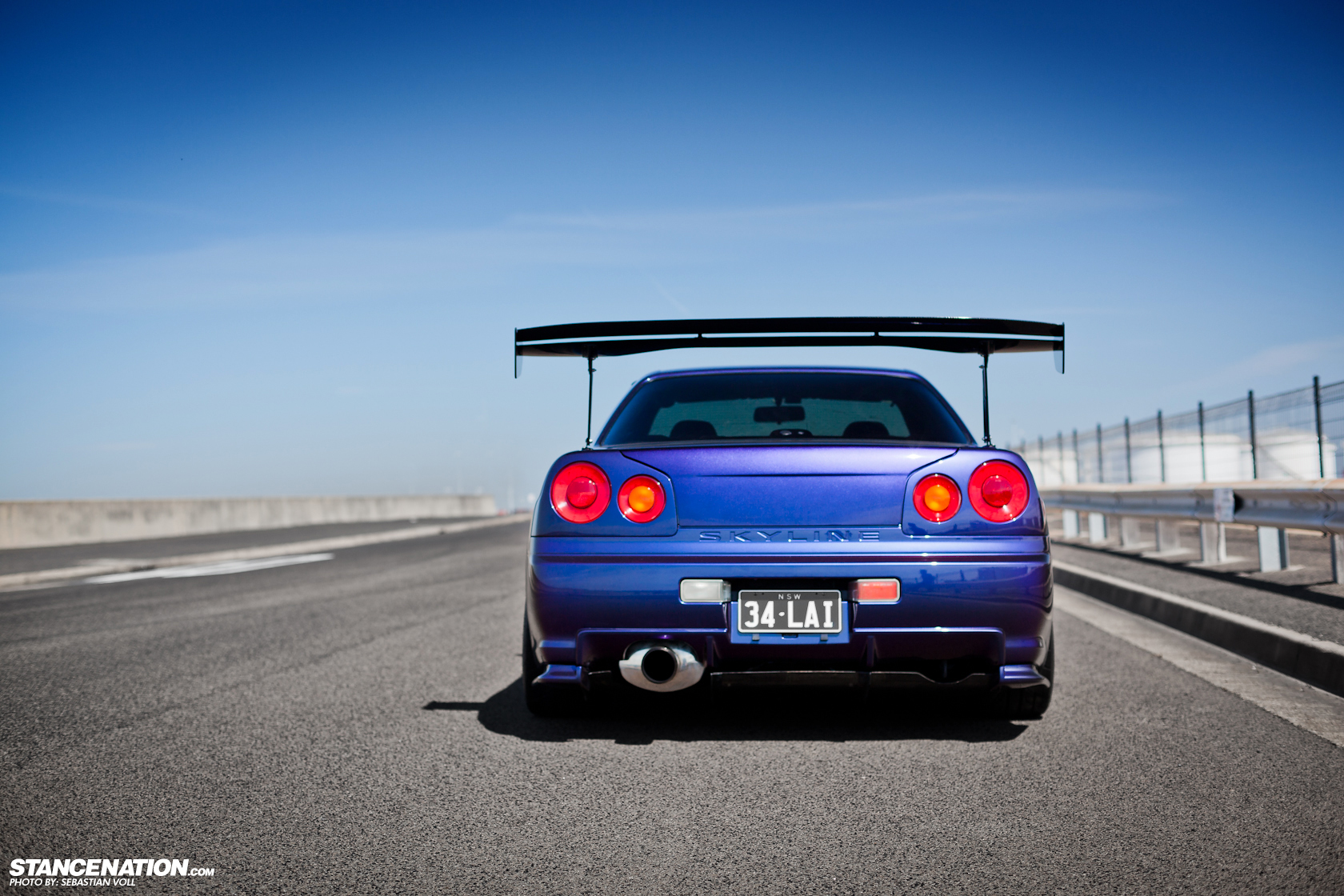 One of the factors that fuels the desire for a Skyline is the fact that here in the states its damn near impossible to own one (legally). Like the old saying goes “People always want what they can’t have.”, and at the age of 21 I would kill to own an R34, especially one modified in the manner in which David’s is. The car is simply flooded with all types of JDM goodies.  The first thing about the exterior that catches your eye is that timeless Midnight Purple paint.  It literally dances in the sun with hues of orange, purple and blue. Capturing the color in photos isn’t an easy task but I think that Sebastian definitely did it justice. 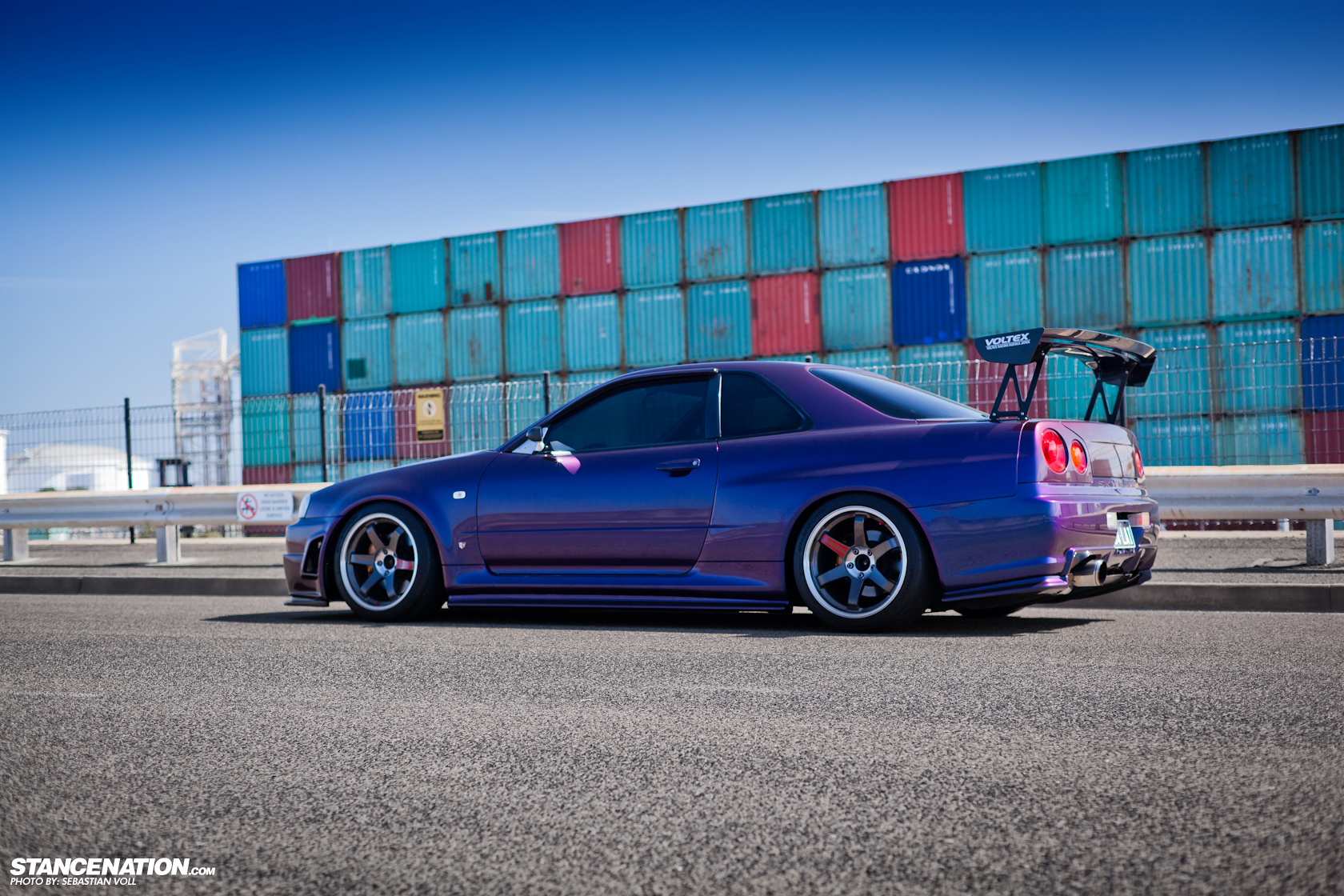 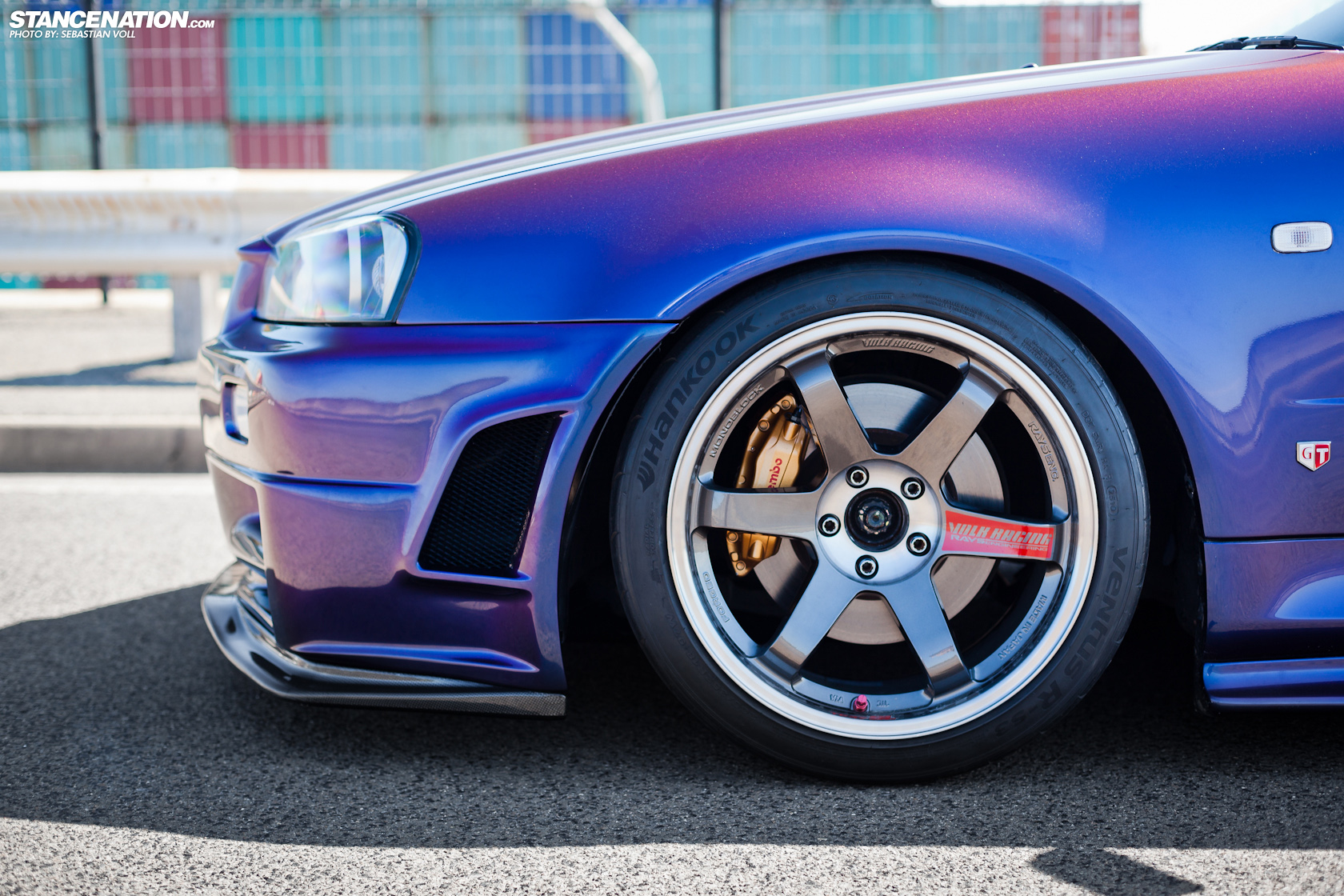 Sticking to true JDM fashion, David has outfitted his Skyline with not one but two sets of wheels. A set of SSR SP3’s and a set of Volk TE37 SL’s (pictured). The TE is such a classic wheel and is very fitting on a car that is timeless in itself.  While we’re on subject of wheels, the SL stands for Super Lap and surprisingly there is quite a few people that don’t know what makes the SL’s different compared to the standard TE.  Well for starters, the Super Lap is the lightest in the TE line-up.  It also features two unique design features, first one being the unique pressed graphite color, the second being the fact that you will never see a set with a Volk center cap.  Due to the weight saving design a center cap is not attachable to a set of authentic Super Laps.  What makes David’s set up so nice is the fact that these wheels are 11 inches wide front and rear and are mounted on a set of semi-slicks for track racing.  A true balance of form and function that goes with the look of a race wheel. 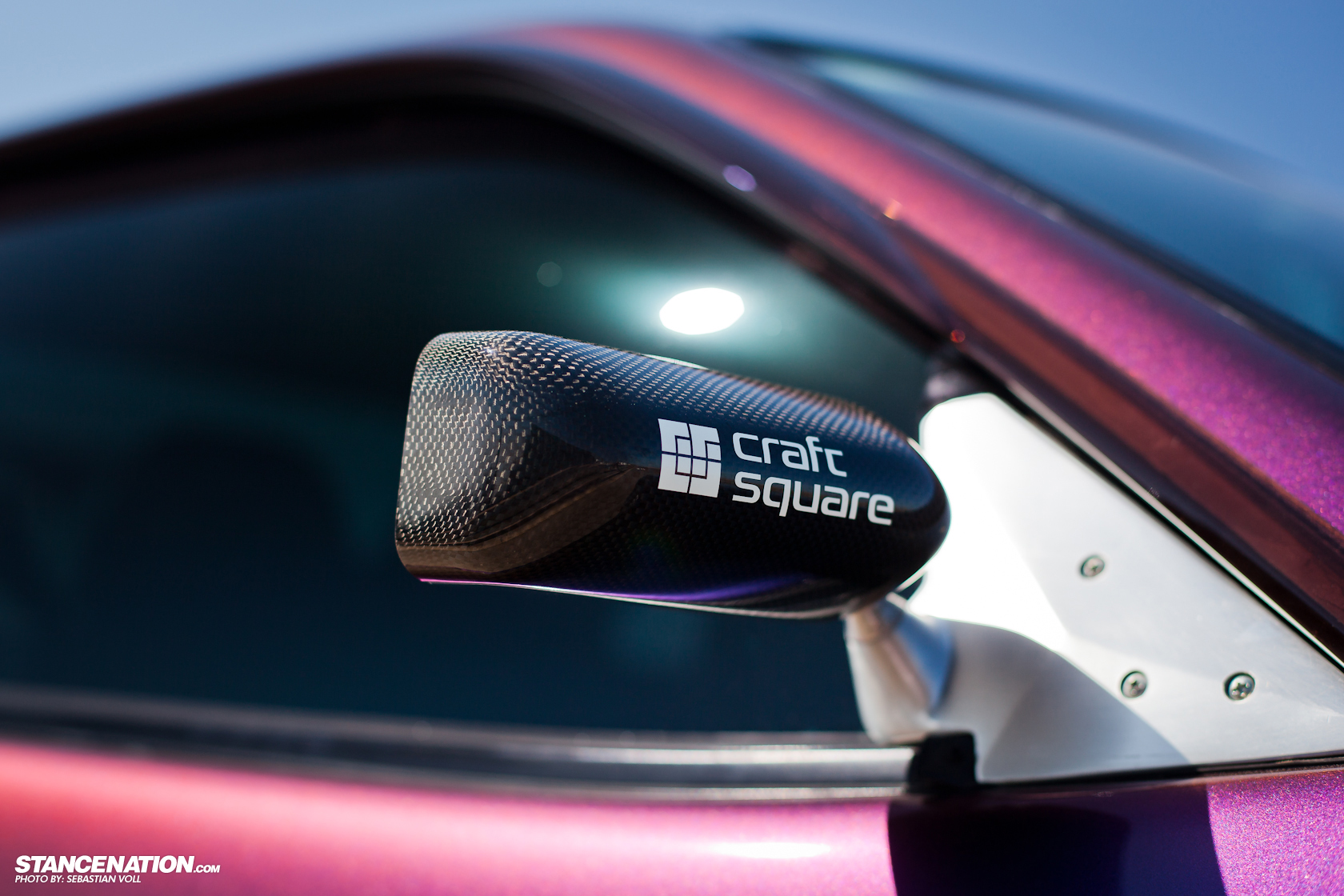 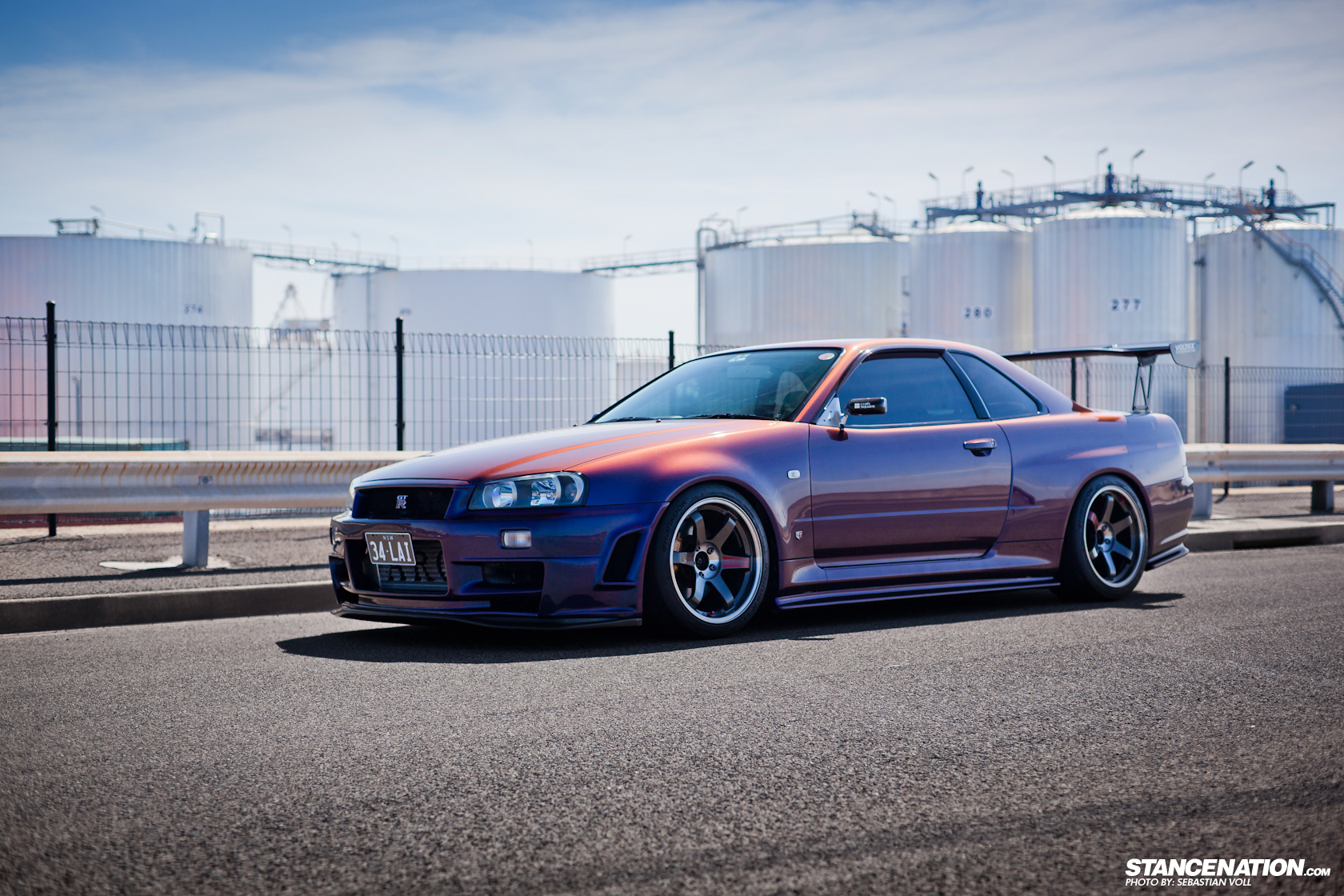 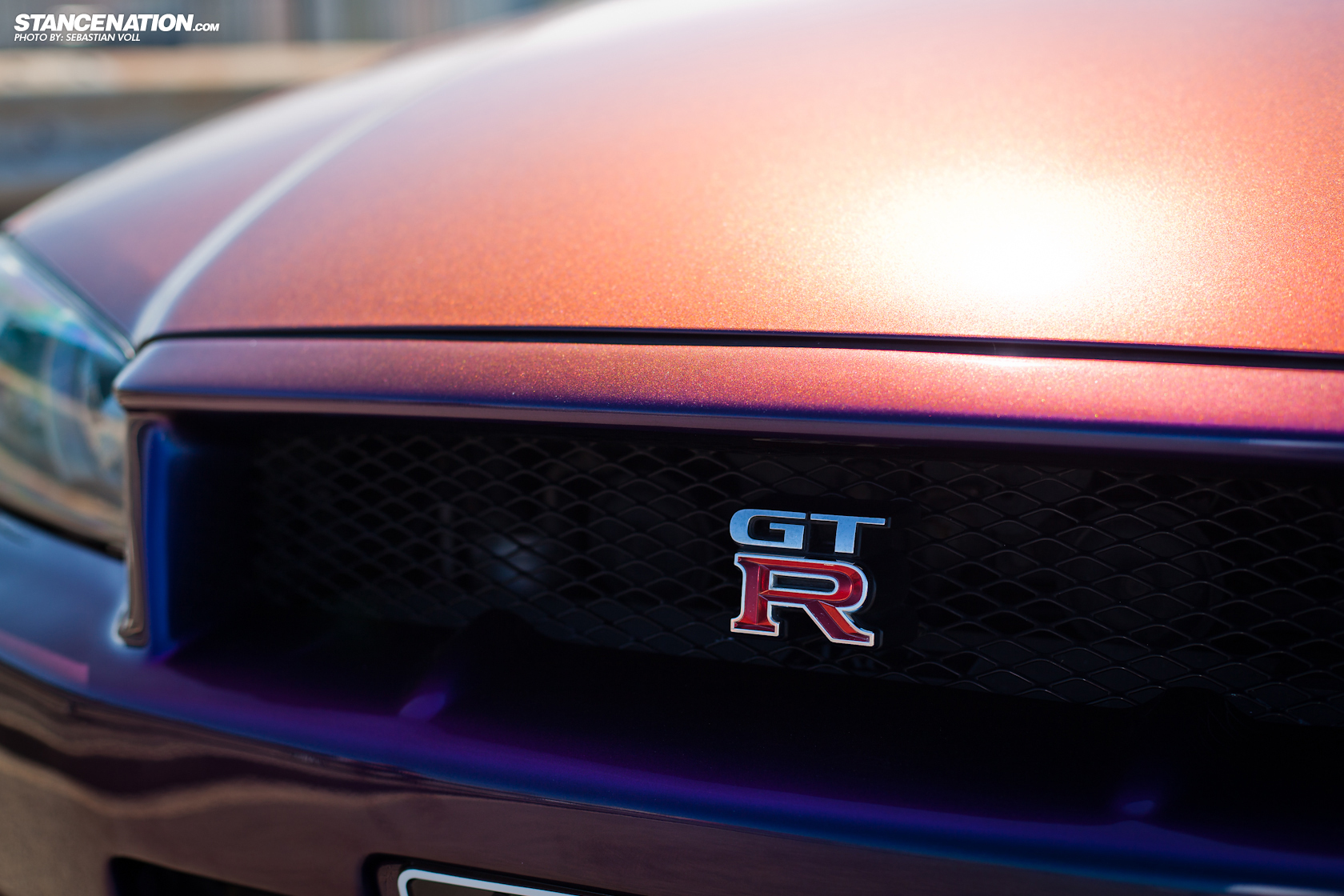 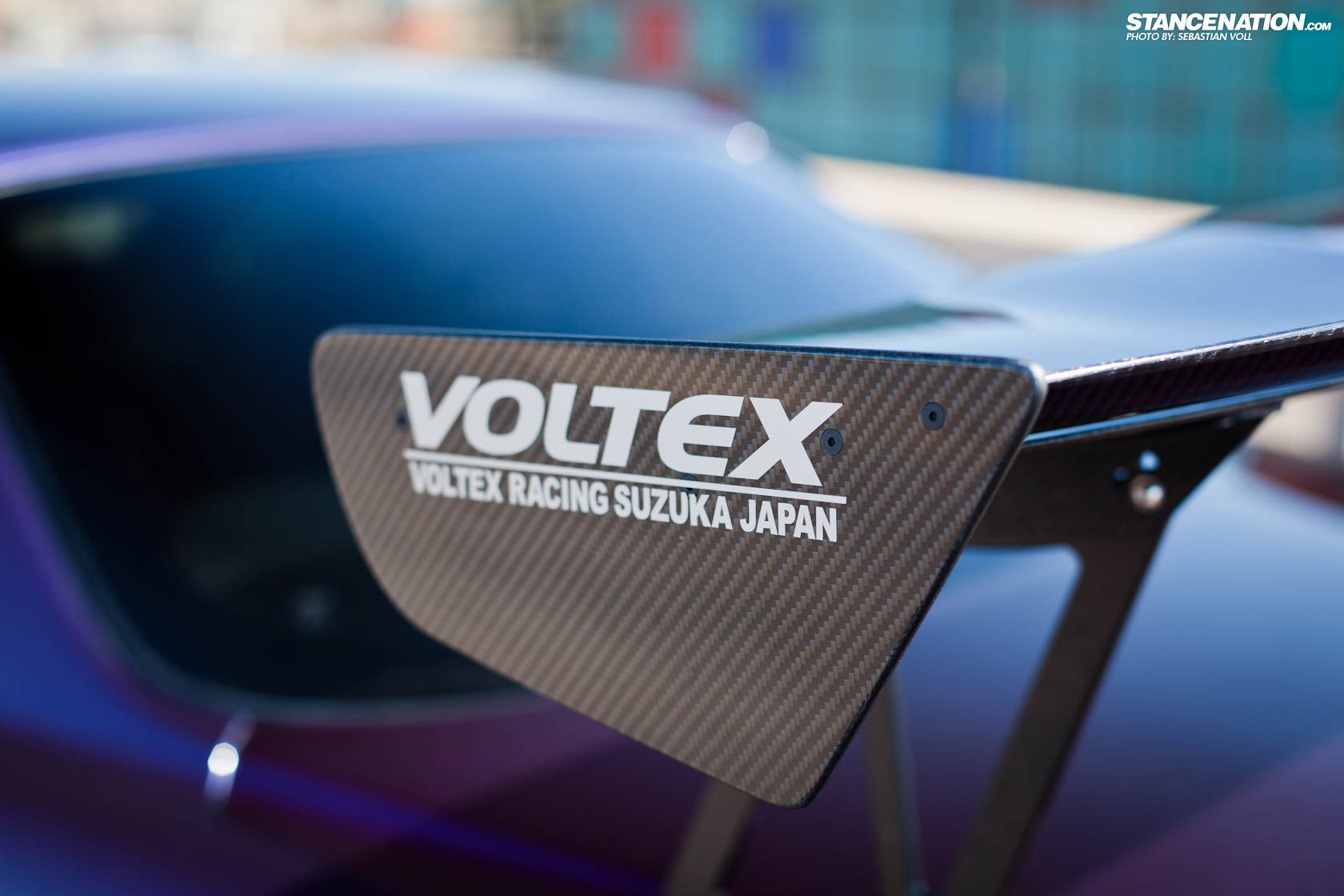 The Voltex wing out back suits the overall theme of the GTR and goes along with its natural aggressive nature. Big GT Wings are making a come back in the scene these last couple of years and have been sprouting up in builds all over. The Voltex wing looks right at home on the back of the R34. The carbon fins match the carbon canards and diffusers oh-so-well. Like I always say, having a flow in a build is just as important as the quality of parts you choose to run. Throwing expensive parts together doesn’t guarantee that the overall appearance will look right. 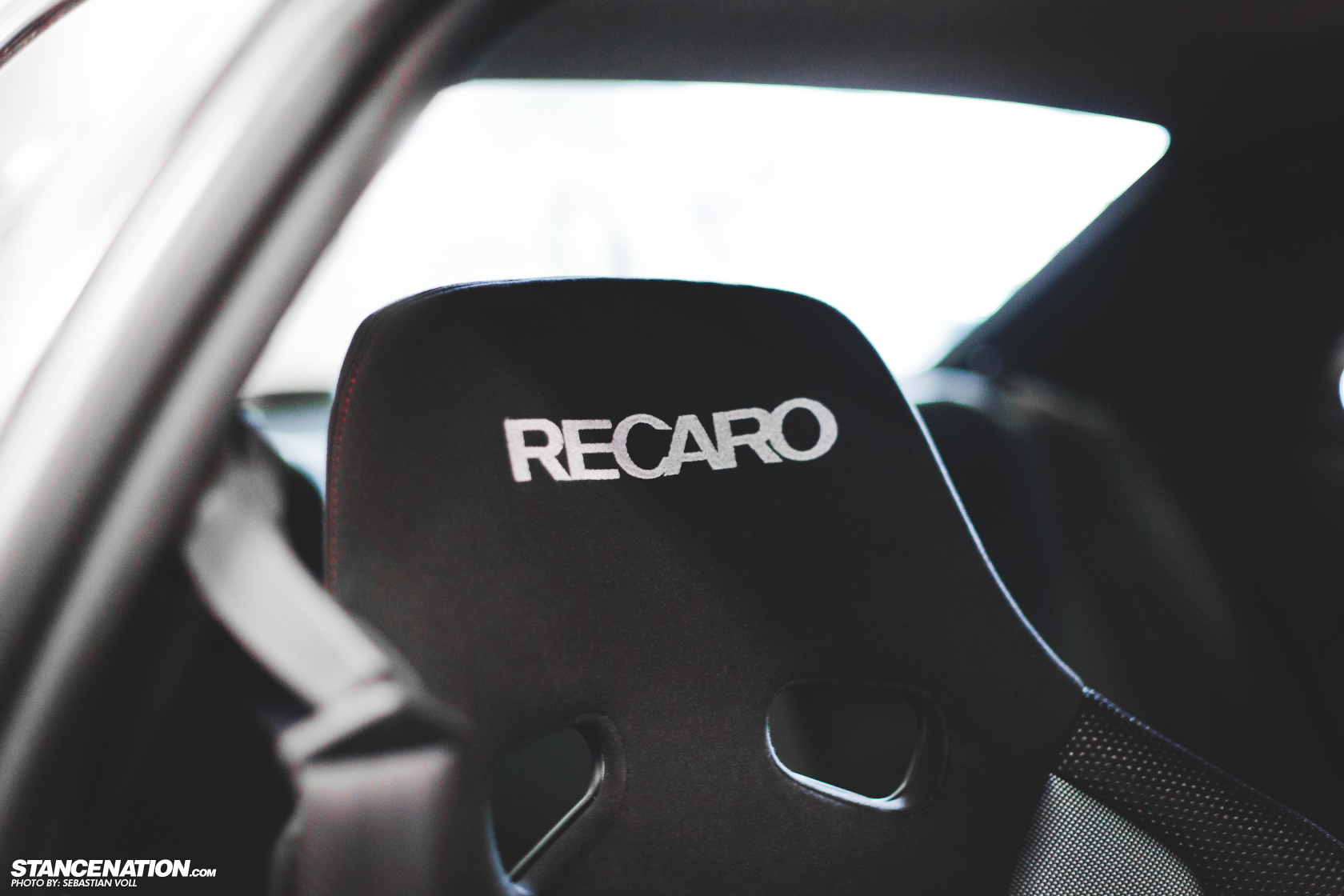 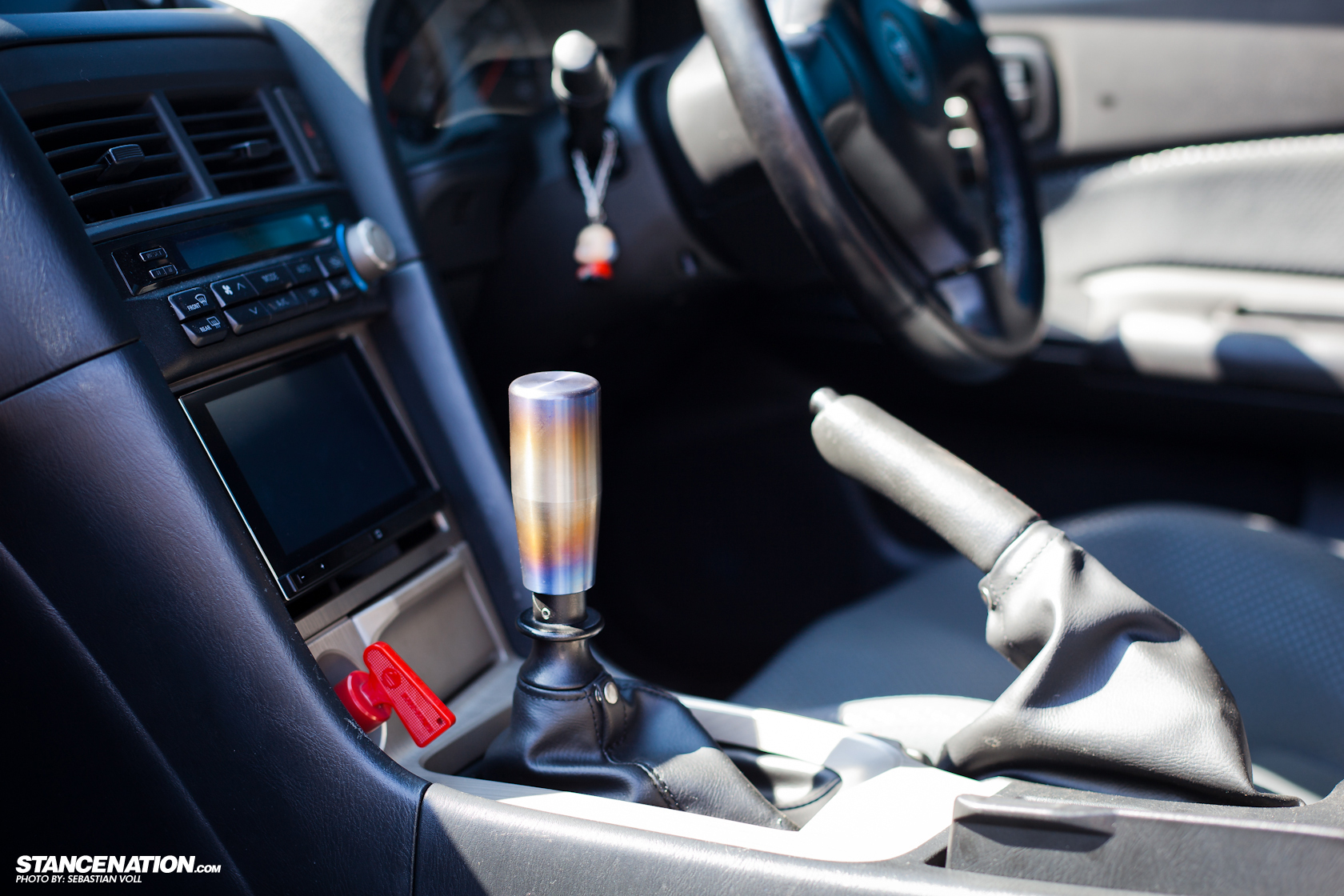 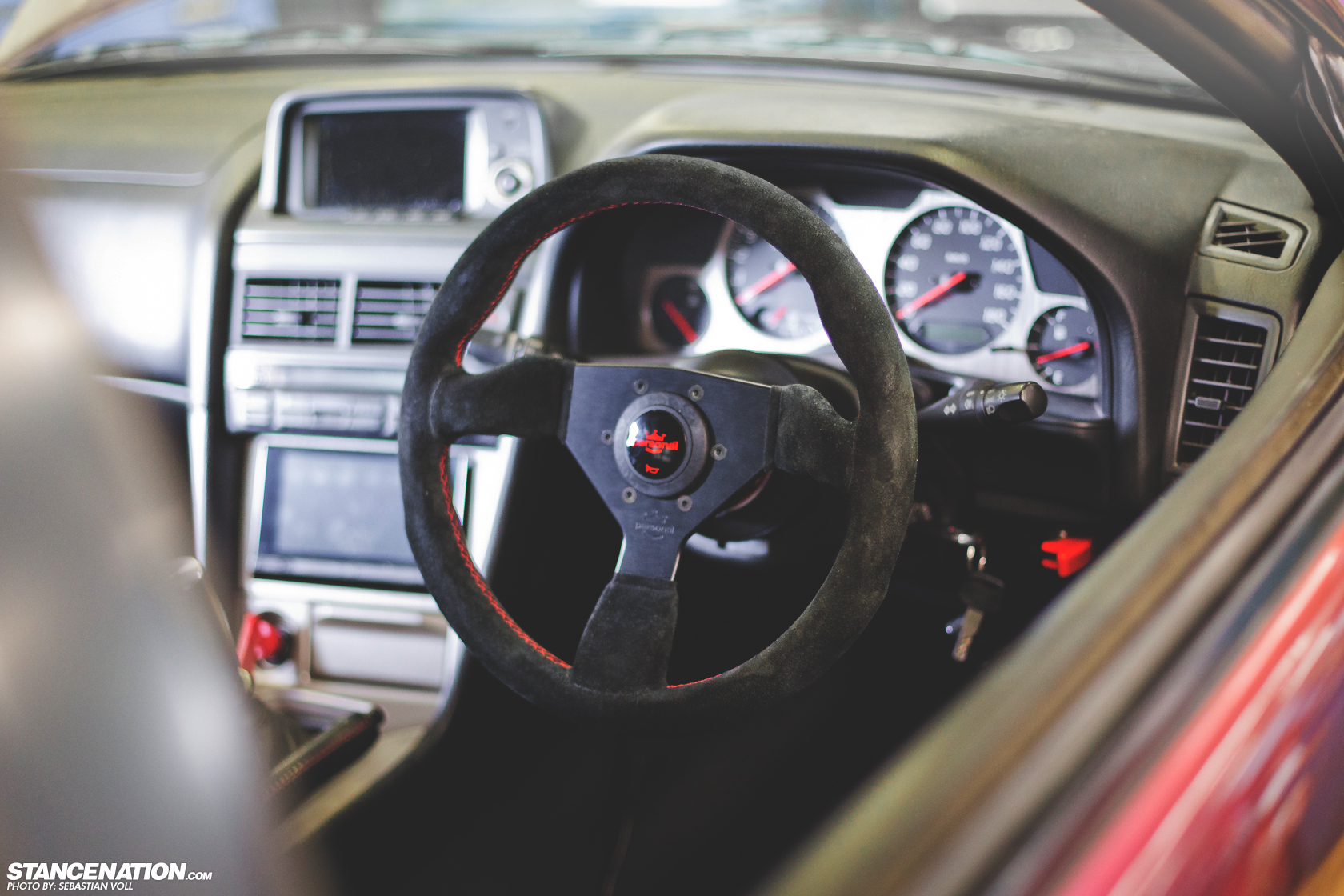 More big name goods can be found throughout the interior of David’s Nissan. The seats are of course Recaros, running both the driver and passenger side.  The OEM steering wheel has been replaced with a suede Personal wheel. David left the interior clean and simple which goes a long way in the overall grand scheme of things. 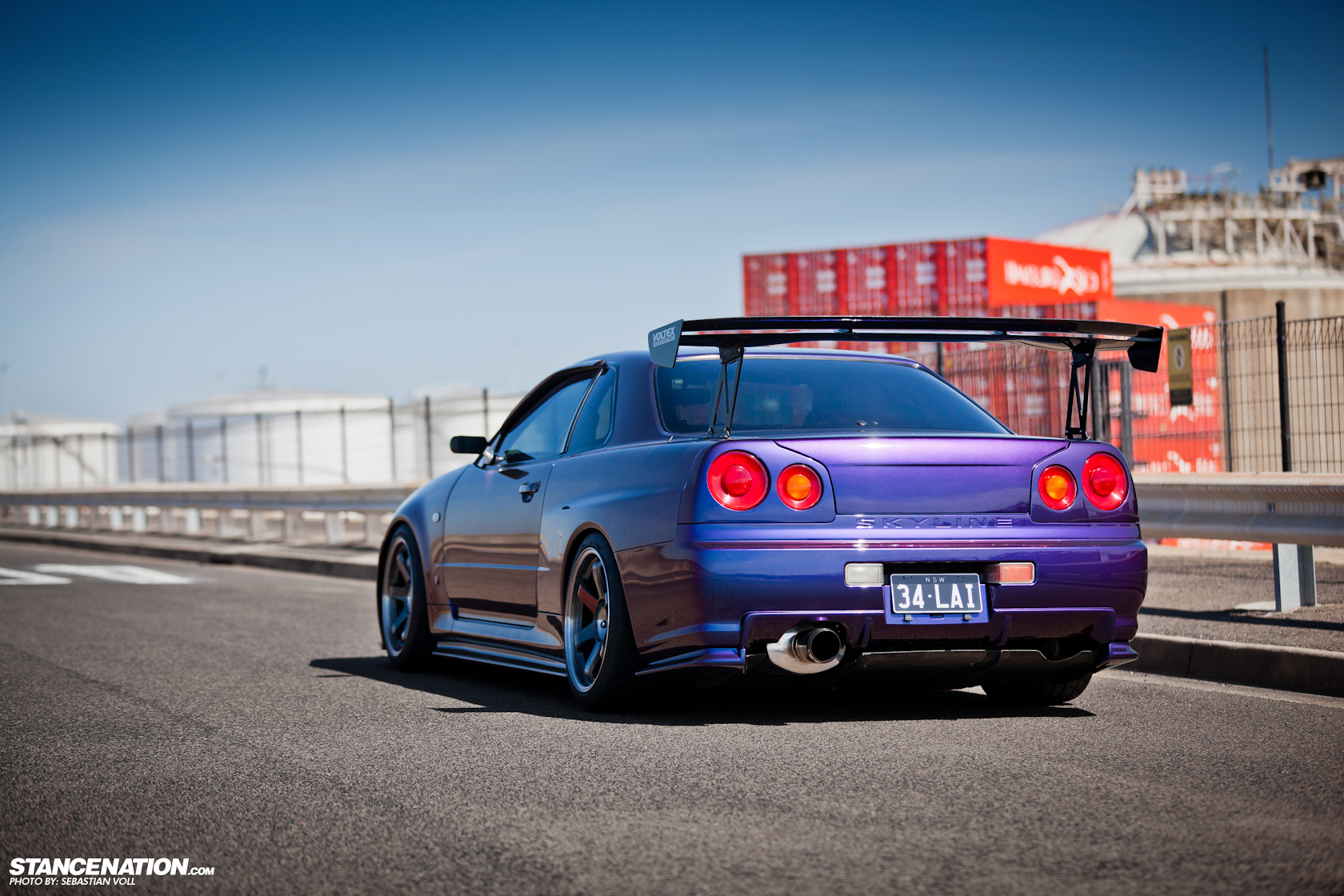 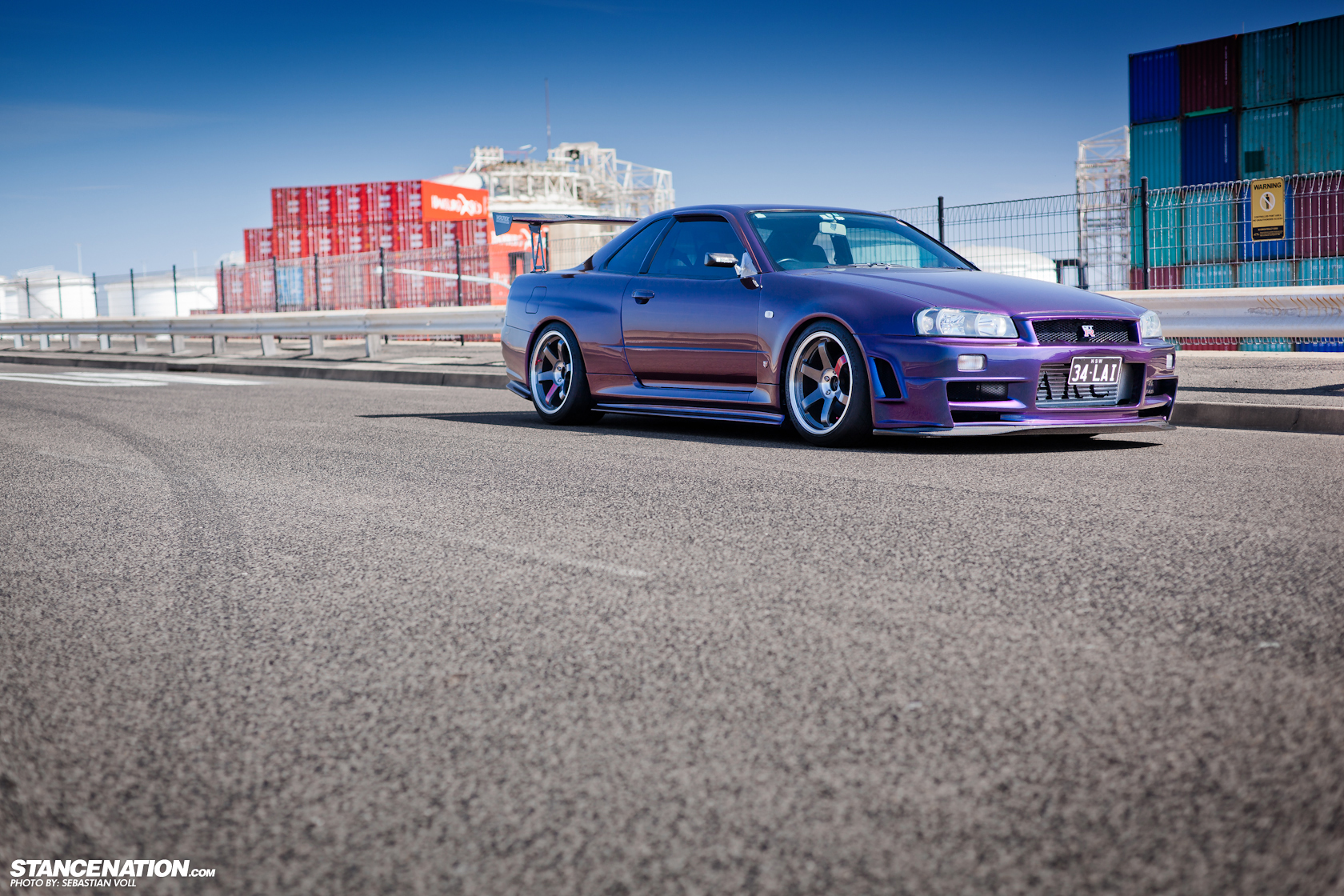 One can’t help to wonder if the allure of the R34 will ever fade? How about when they are “legal” to own here in the states, will they not be as cool as they currently are? Or Skyline always be a Skyline! One thing is for certain, David has build one hell of an R34. Oh, did I mention that he is only 21 years old? 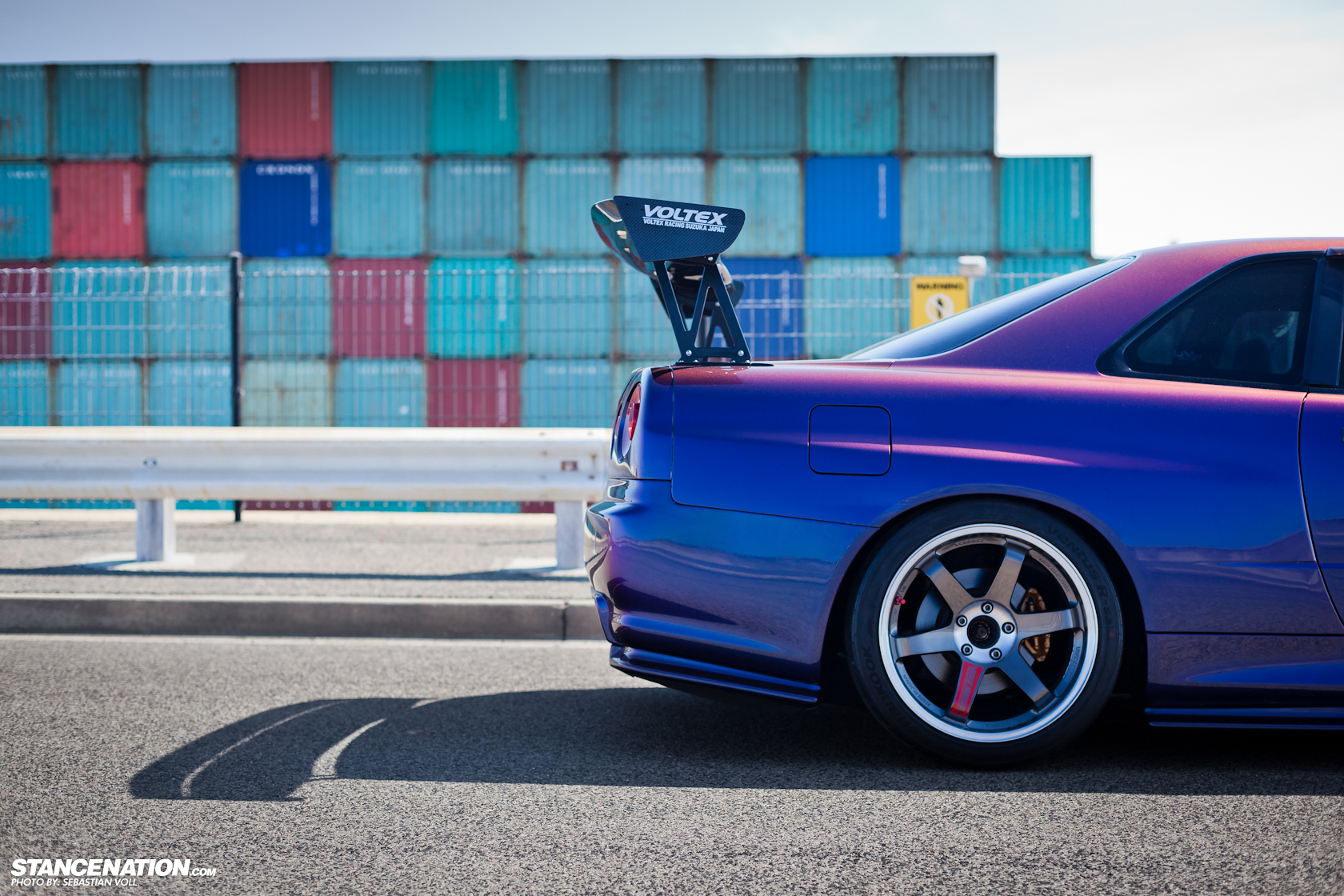 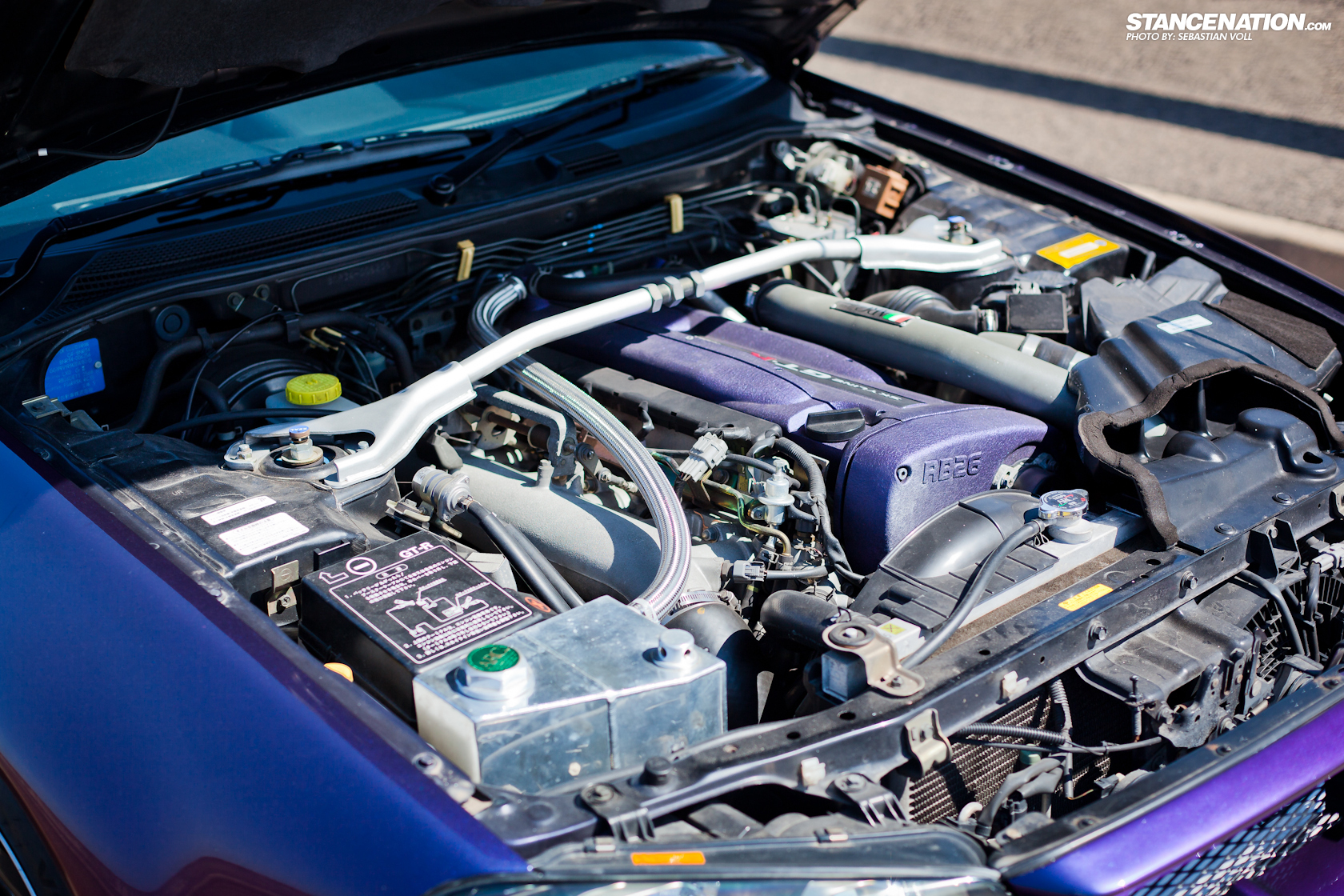 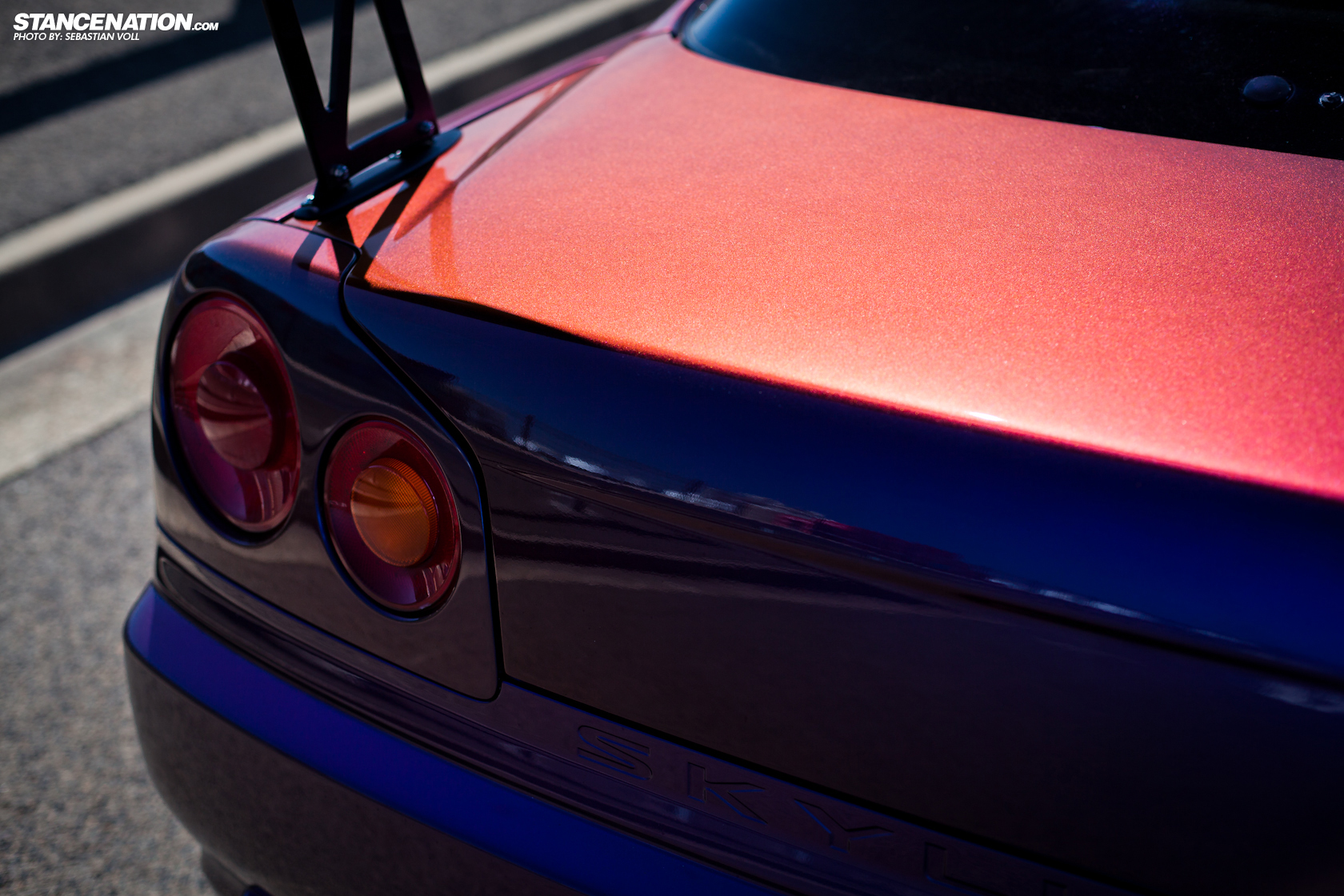 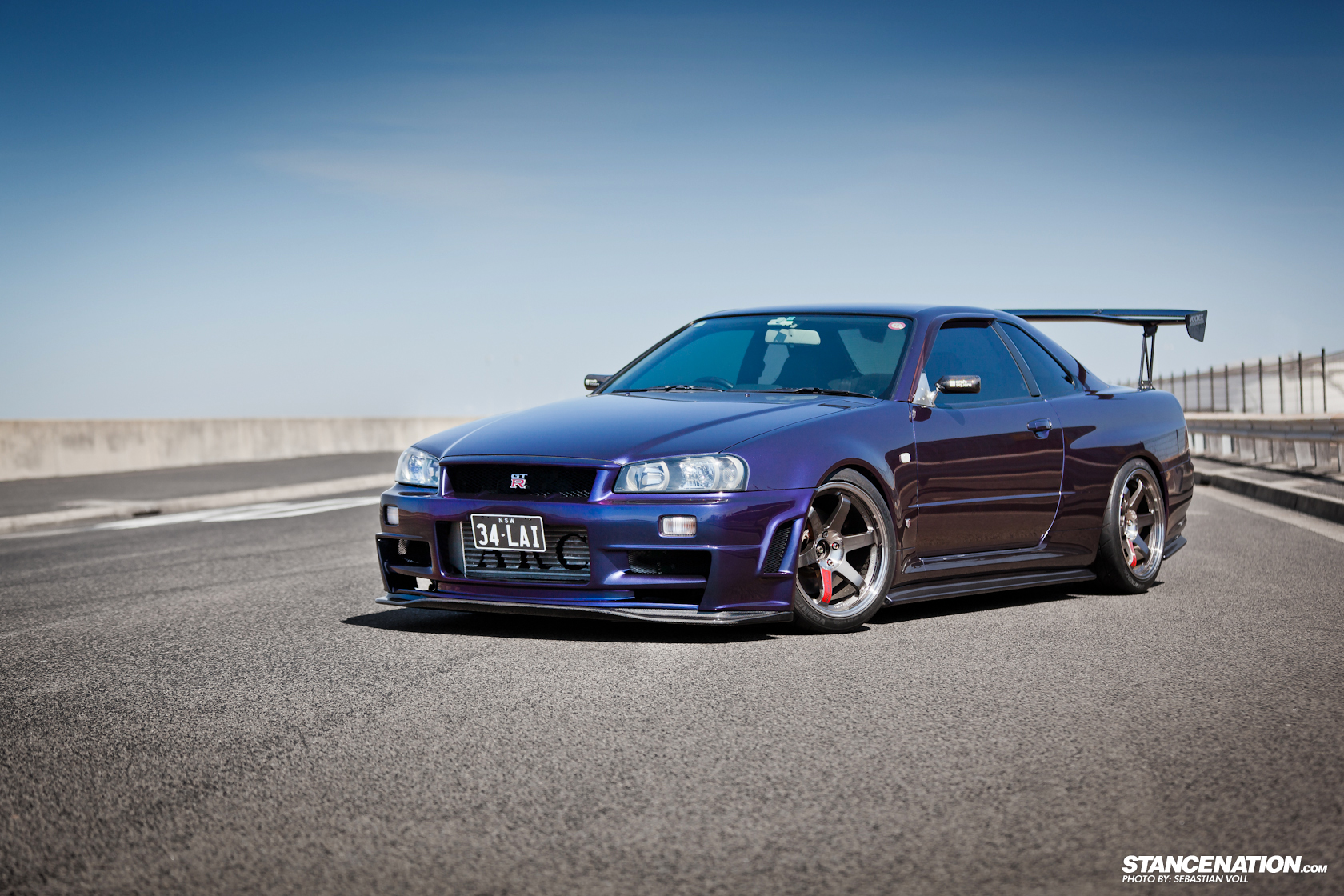 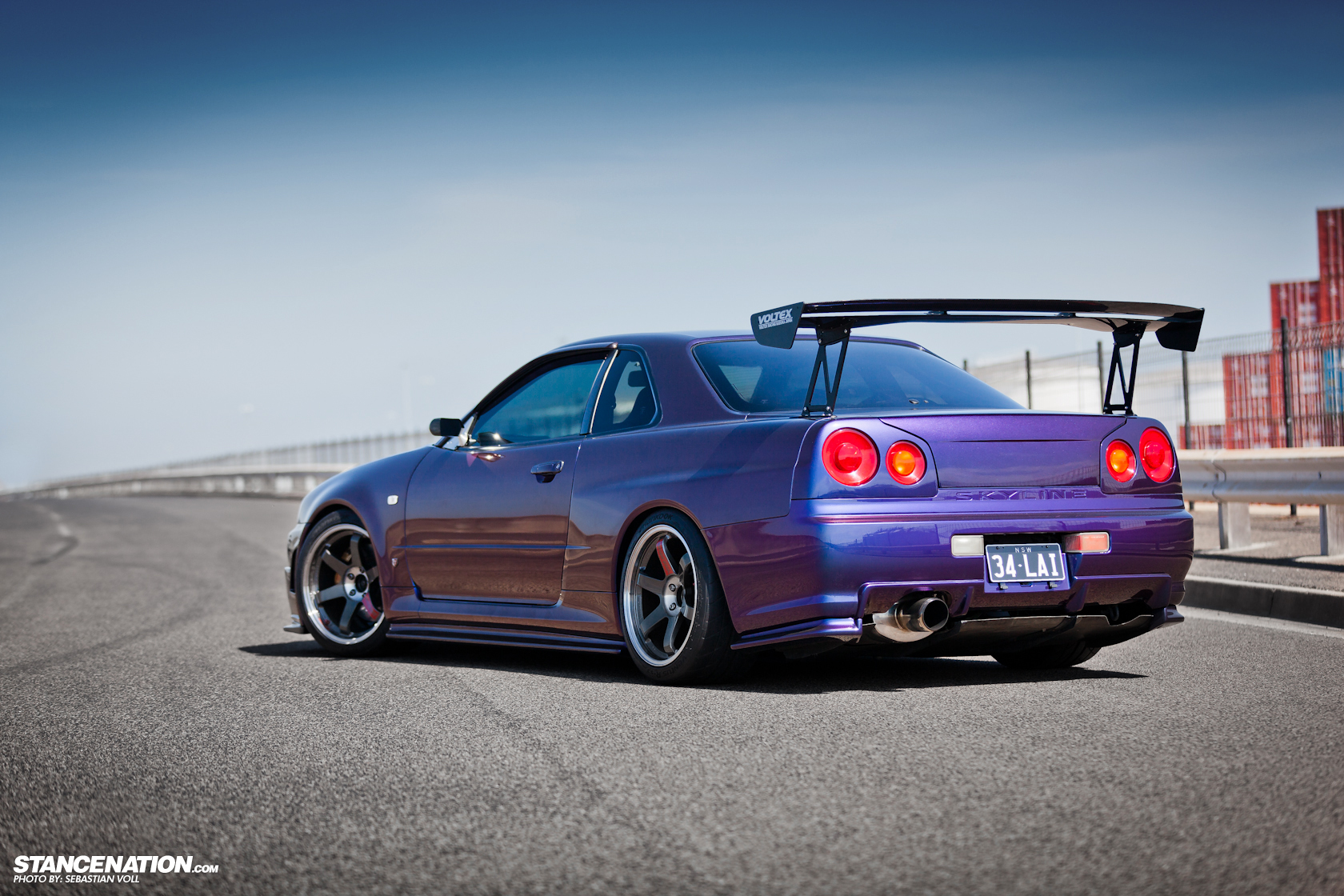